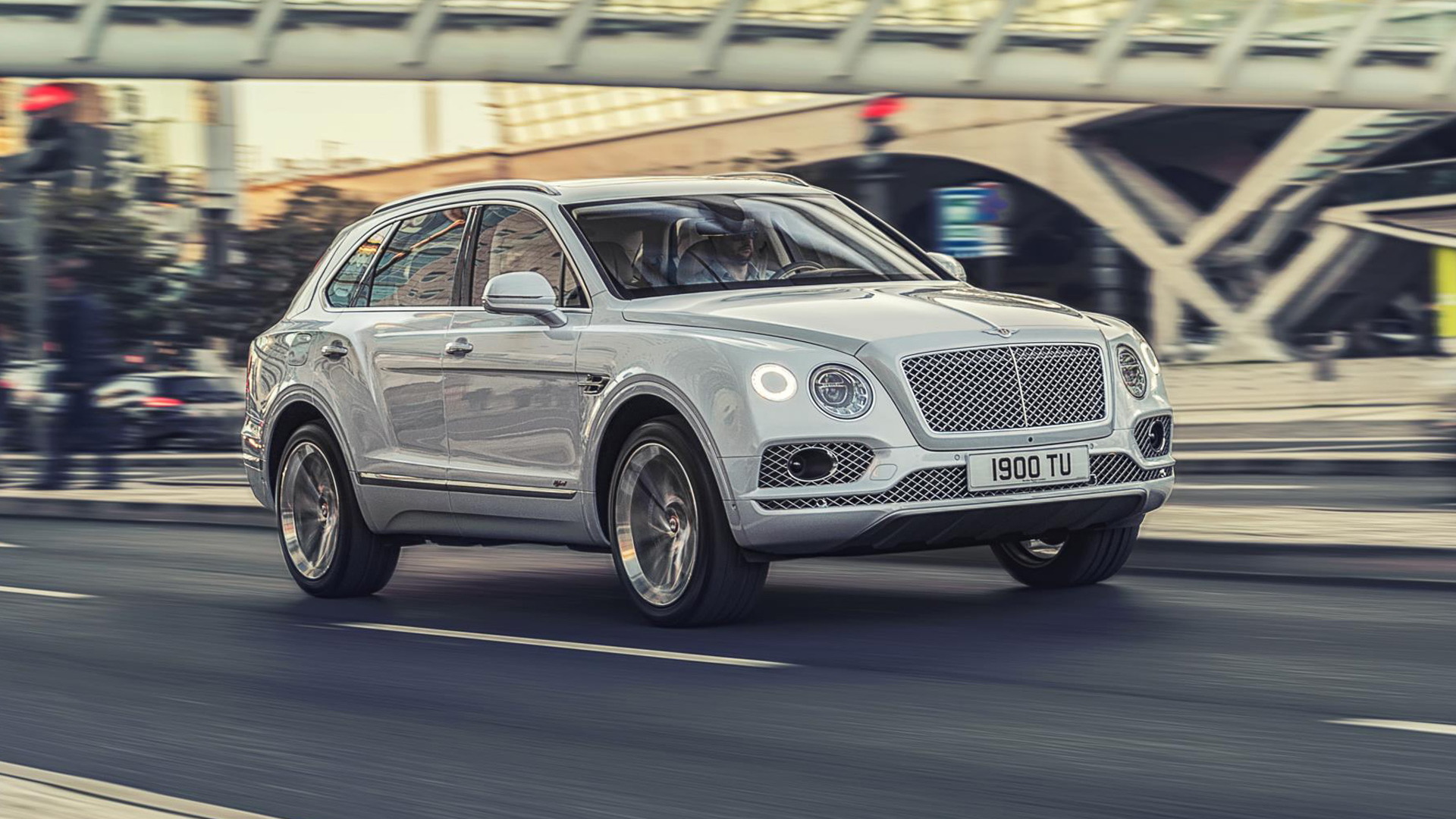 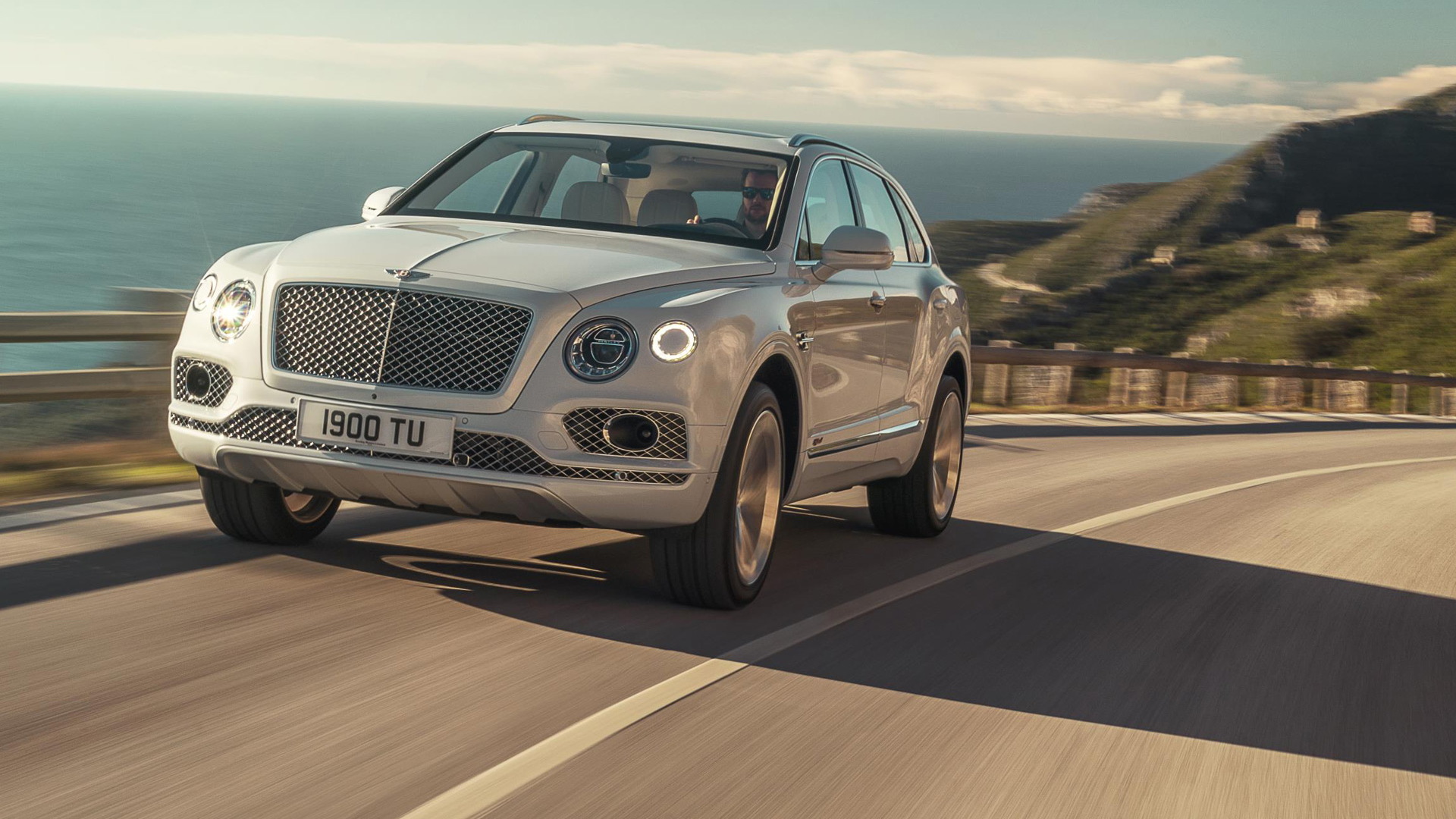 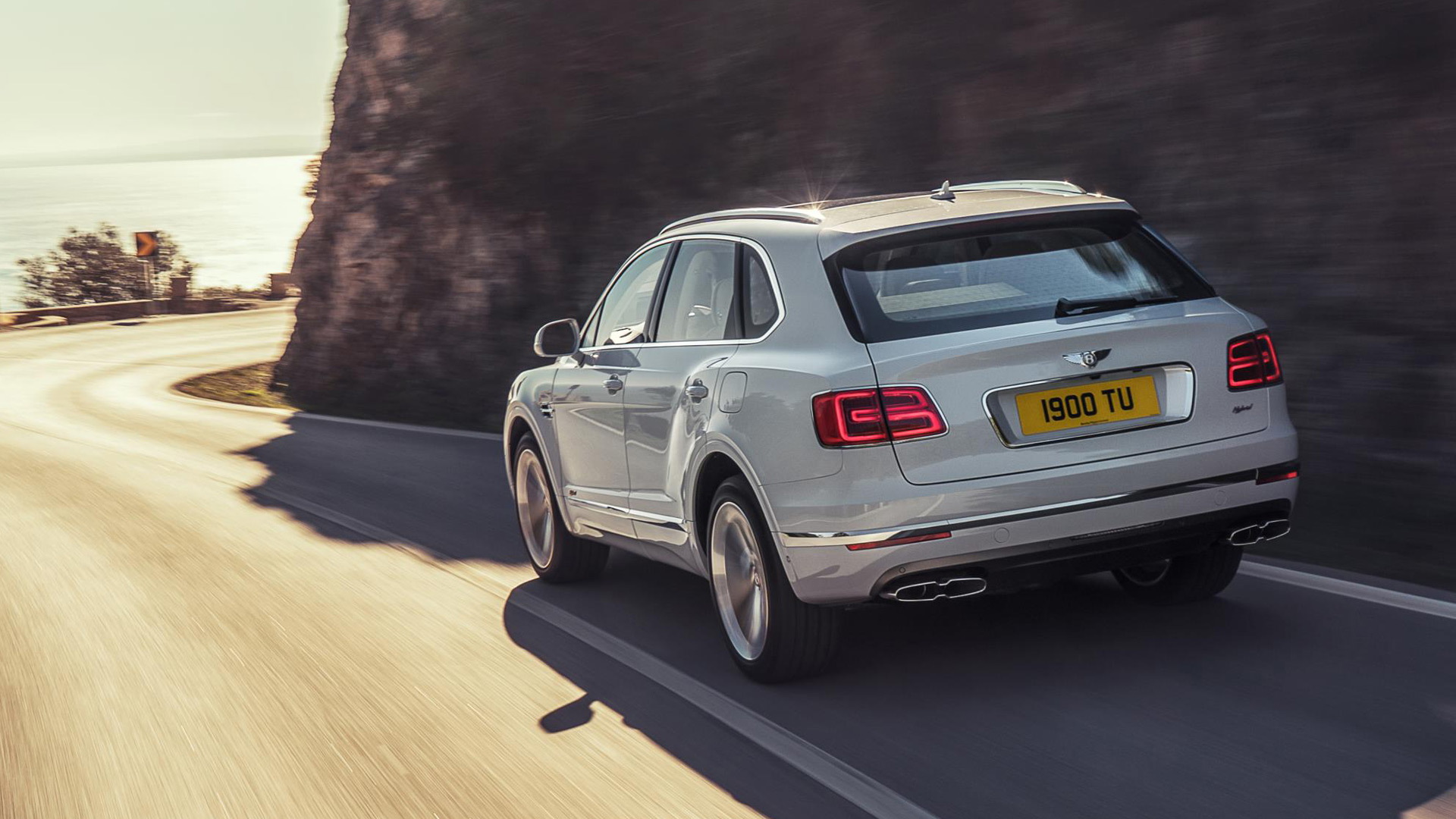 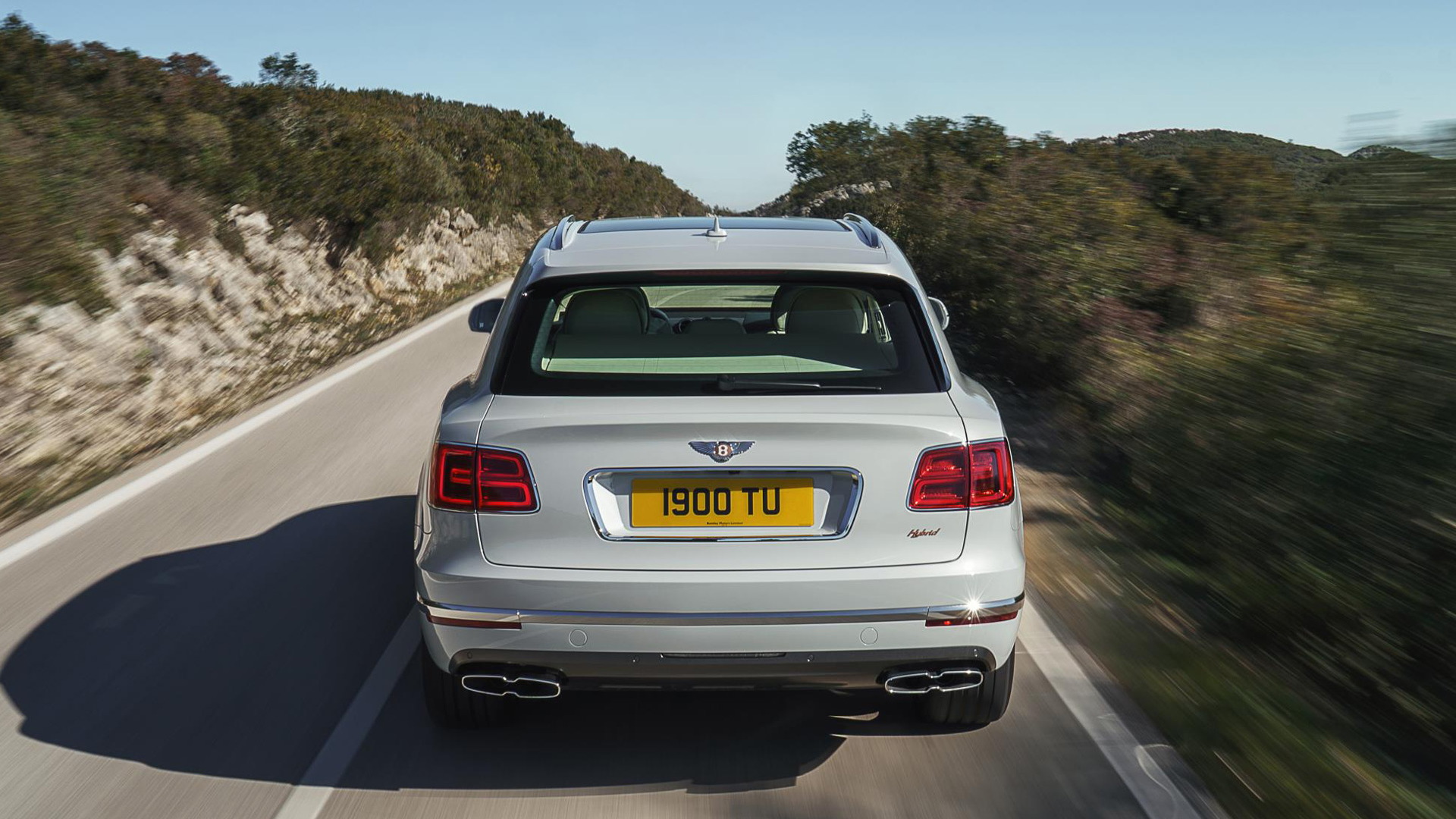 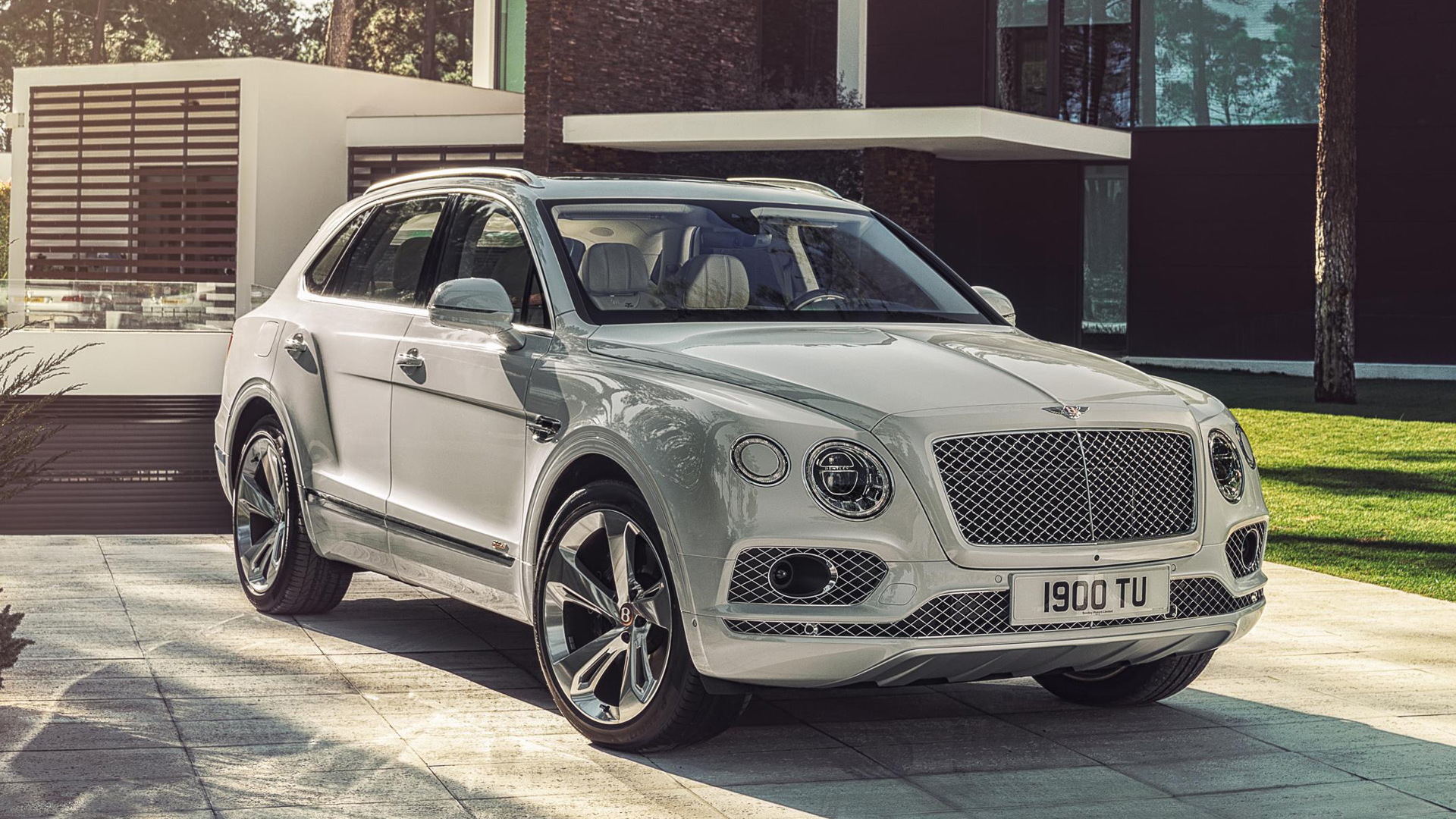 Buyers of the Bentley Bentayga no longer need to feel guilty lugging their 2-ton-plus luxury SUVs around town as a plug-in hybrid model will soon be available.

Unveiled on Tuesday at the 2018 Geneva International Motor Show, the new Bentayga Hybrid represents the British marque's first step toward electrification. It also makes Bentley the first among ultra-luxury brands with an electrified vehicle.

Under the hood is a 3.0-liter turbocharged V-6 that is paired with an electric motor-generator. Bentley hasn't said how much power is available but says performance will be effortless. The vehicle is expected to rate around the 460-horsepower mark. The Bentayga V8 comes with 550 hp and the original W-12-powered Bentayga has 600 hp.

What we do know is that a battery provides enough juice for 31 miles of electric-only range. The driver has at his or her control a driving modes selector that can be switched between “EV Drive,” “Hybrid” and “Hold” modes. And to maximize efficiency, the vehicle uses satellite navigation information to calculate the best usage of the modes for a given journey. Inputting a destination into the nav system will command the car to automatically engage the correct mode for each part of the journey, constantly calculating the most efficient use of battery charge and holding electrical energy for sections of the journey where it is most useful, such as when arriving in the city where electric mode is the most efficient.

There isn't much to differentiate the hybrid from the rest of the Bentayga fleet. There are a few copper-colored accents to represent the electrical performance of the vehicle. And inside, the digital instrument cluster and infotainment screen come with items specific to the hybrid model, such as its performance, consumption and energy source. Another unique element is the Charging Station Finder, an app that lists nearby or relevant charging stations.

Availability of the Bentayga Hybrid is yet to be announced for the United States but look for the vehicle to arrive in the second half of the year, as a 2019 model. Pricing should start slightly above the $200k mark.

Bentley certainly isn't immune to the political pressures of the environmental movement. We're already seen it introduce a diesel-powered Bentayga in some markets, and with stricter emissions regulations due in coming years we’ll start to see more electrified powertrains filter across the automaker’s lineup. Next in line will be the Continental GT. We could also see Bentley introduce a dedicated electric car at some point.

“The Bentayga Hybrid is our first step on the road to electrification, combining traditional Bentley values with the very latest technologies,”Bentley CEO Adrian Hallmark said. “It gives customers the best of both worlds—engaging, effortless performance on the open road and silent, emission-free driving in the city, which will become increasingly important with the ever-changing regulations around the world.”