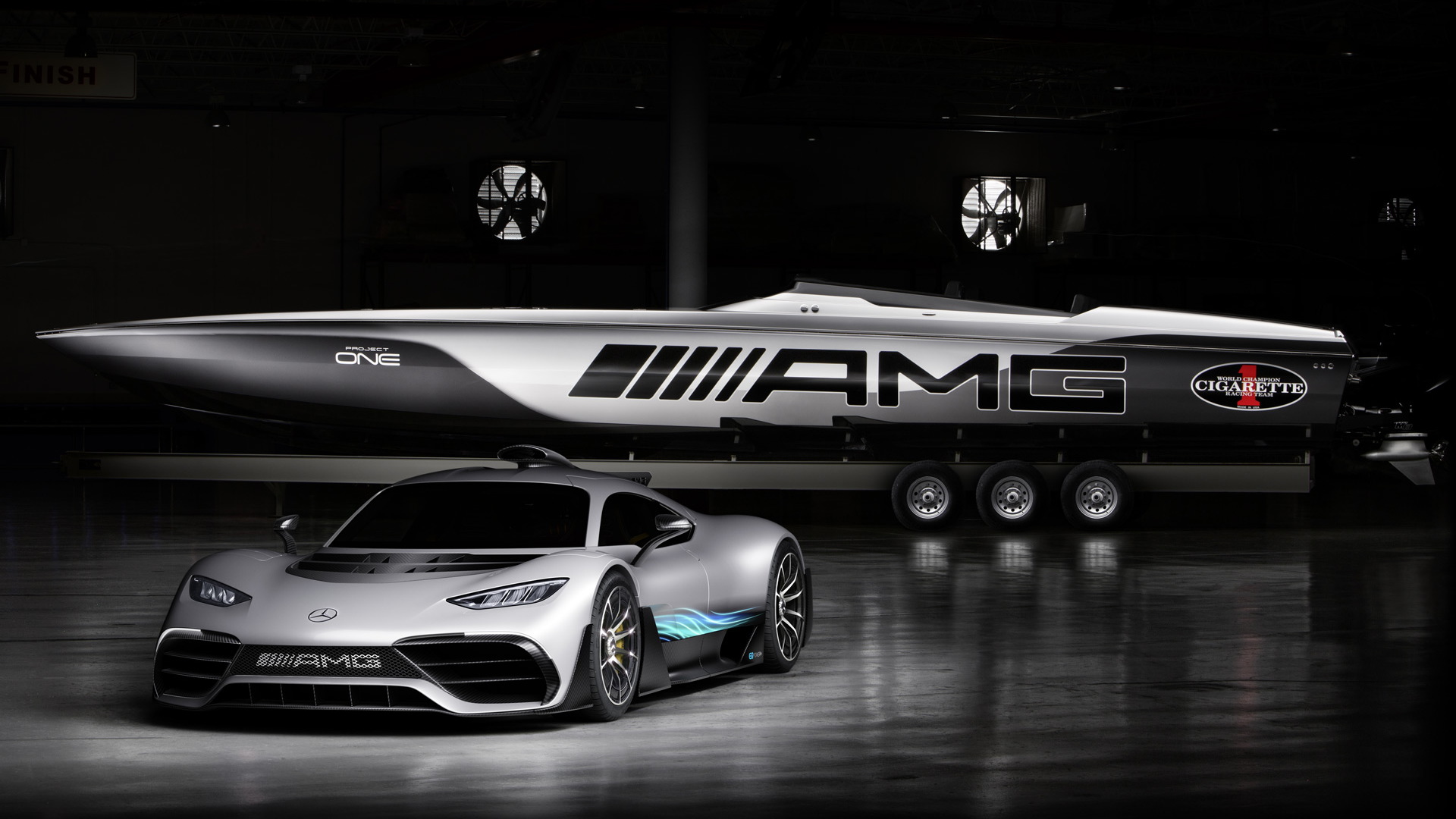 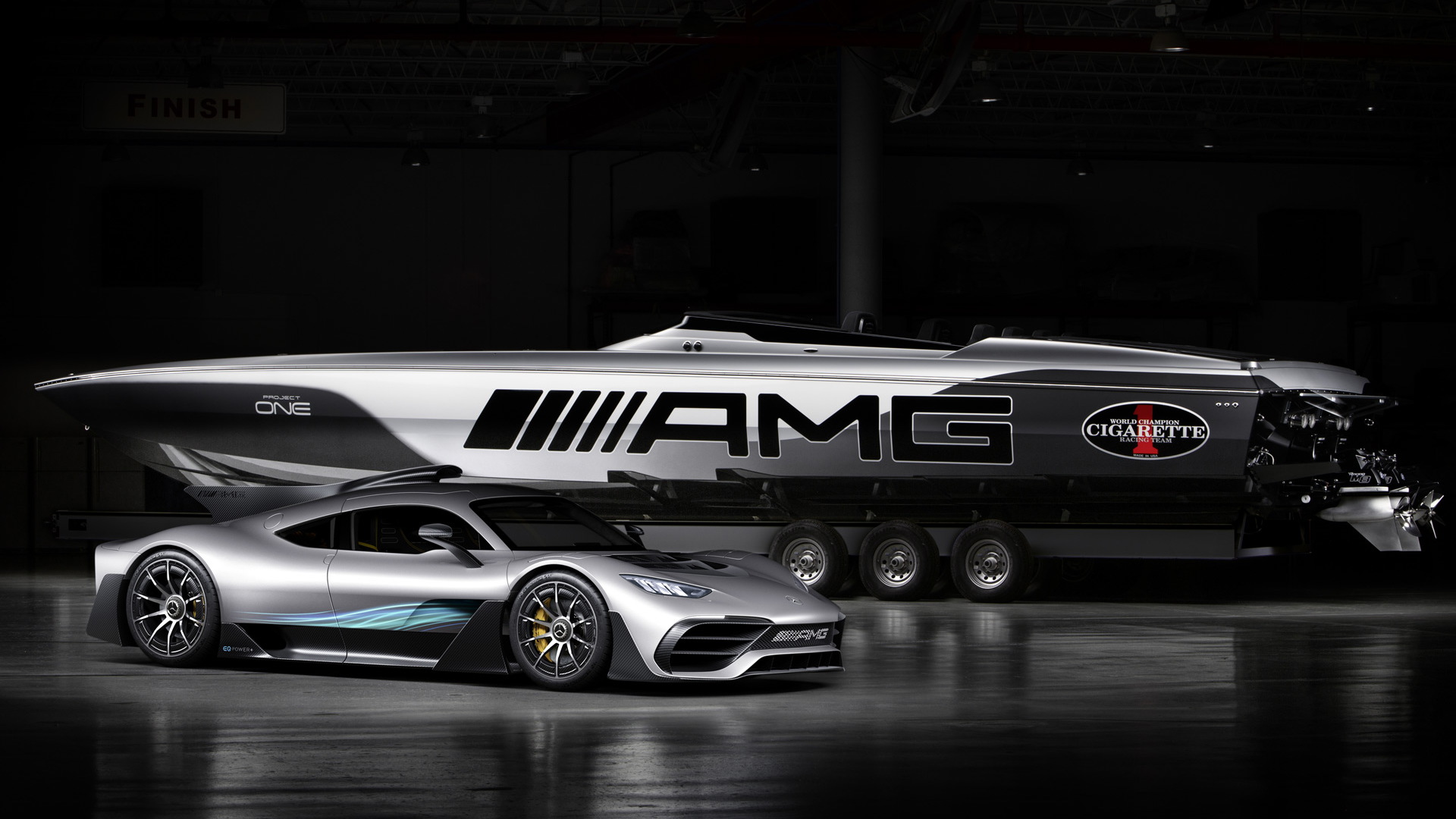 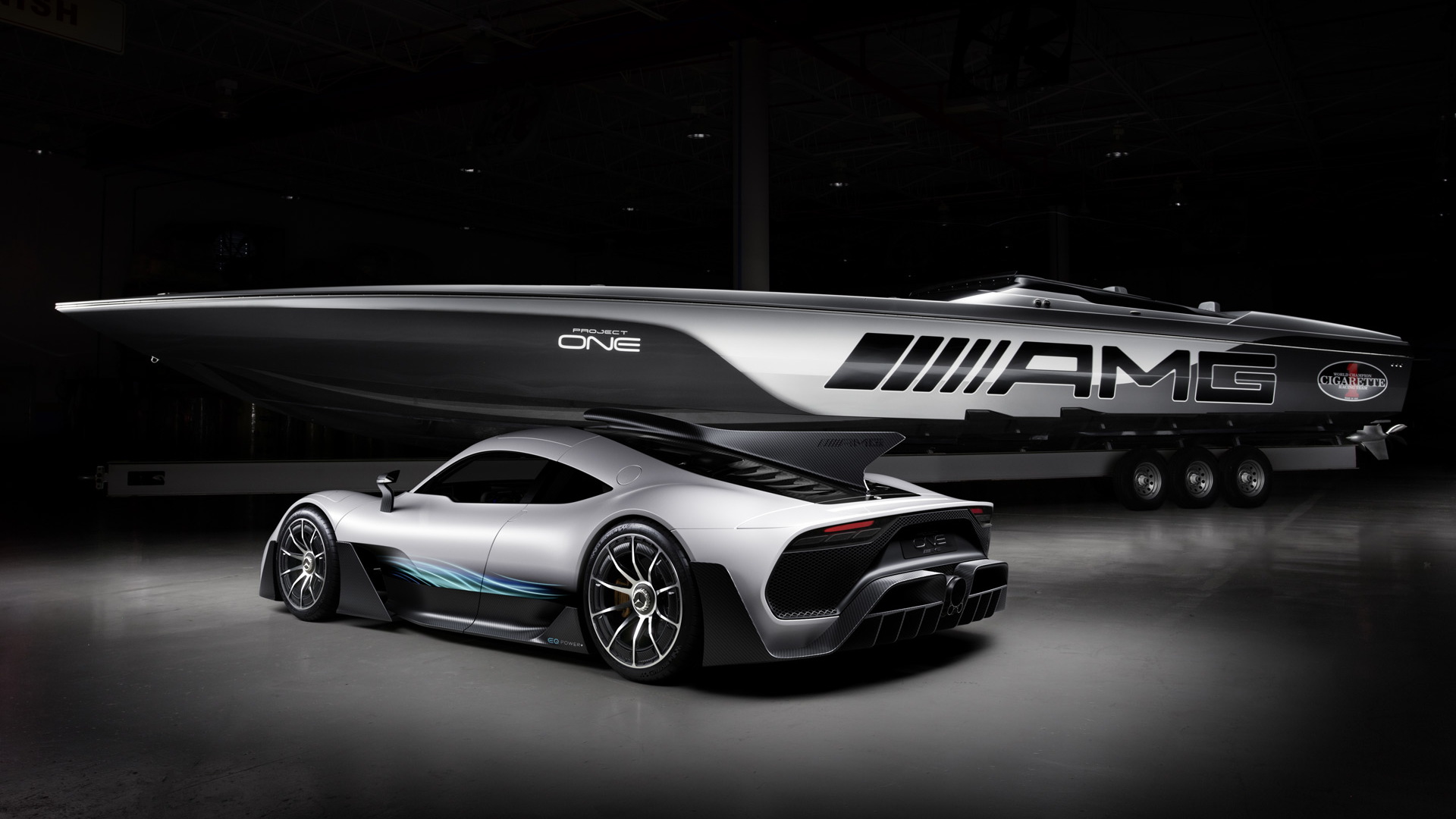 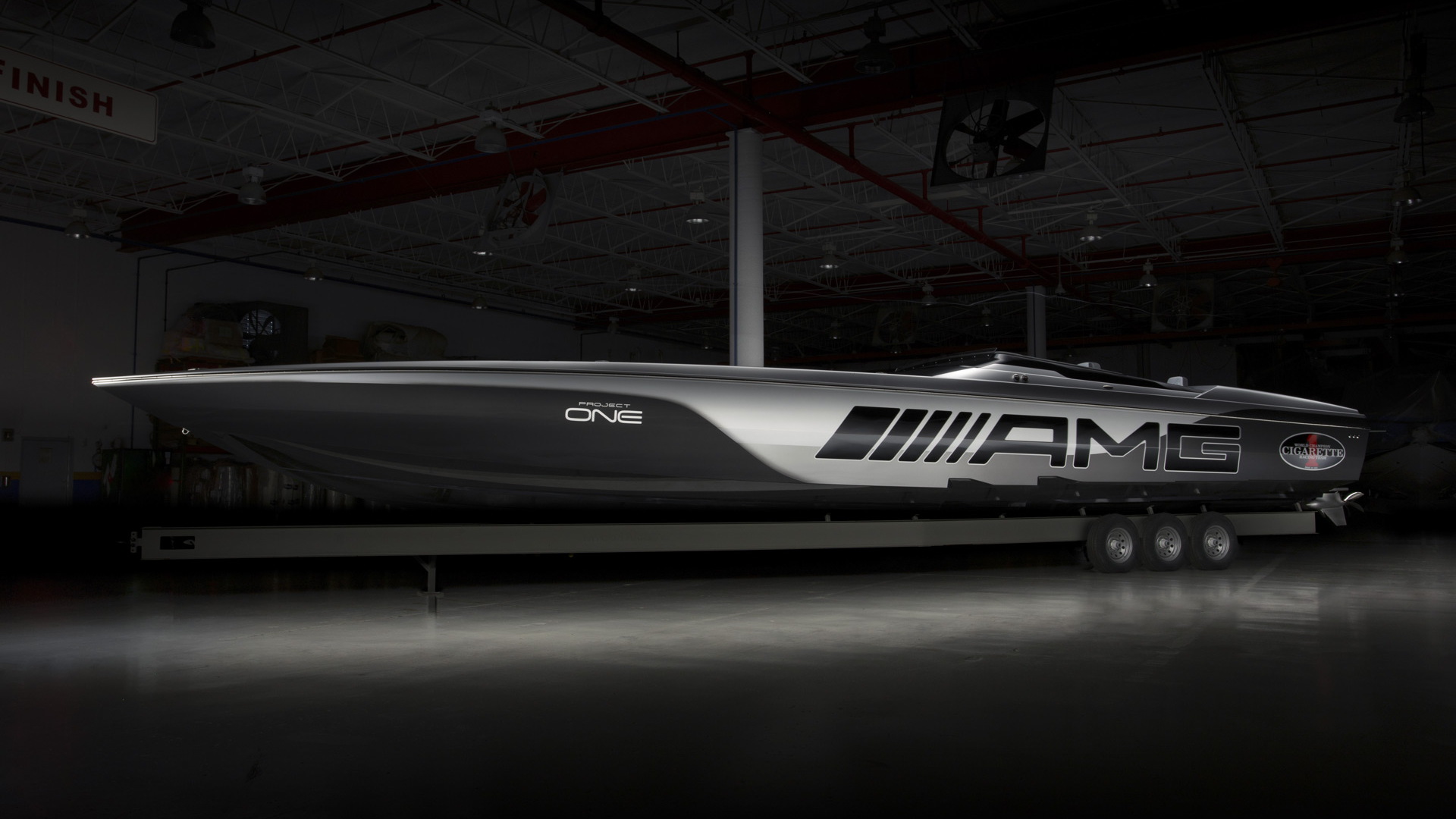 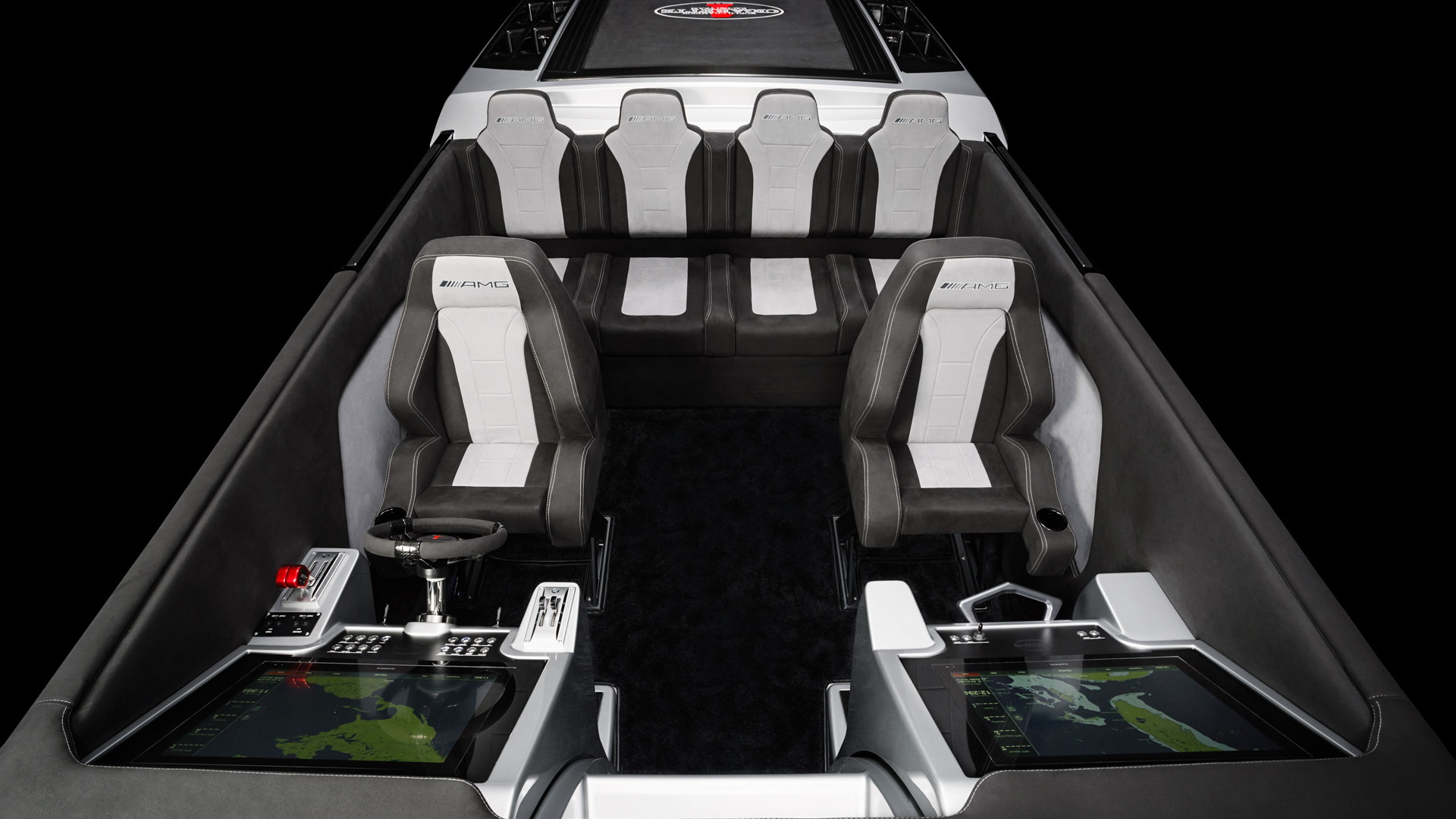 Mercedes-AMG's Project One hypercar, which is set to transition from concept to production this year, has served as the inspiration for the latest speedboat from AMG's partner on the seas, Cigarette Racing.

The Miami-Dade County-based company used this week's 2018 Miami International Boat Show to present the 515 Project One based on the flagship Marauder series of boats. The Project One is destined to be AMG's fastest car, so naturally the boat inspired by it should be Cigarette Racing's fastest too.

Like most Marauders, the 515 Project One stretches over 50 feet in length (51 feet and 5 inches to be exact, hence the "515" in the name) but uniquely it has a widened beam of almost 10 feet to provide more space for passengers. Cigarette Racing says the boat seats six comfortably.

The hull is mostly carbon fiber and Kevlar, picked for the materials' low weight and high strength characteristics. The deck is also constructed completely of carbon fiber to reduce weight and lower the center of gravity. More carbon fiber is used for the inner structural laminate of the hull, forward bulkheads, cabin liner, engine hatch, consoles and storage hatches.

Power comes from not one but two top-of-the-line Mercury Racing V-8 engines delivering a combined 2,700 horsepower with pump fuel and up to 3,100 horses with racing fuel. With so much oomph, the boat can reach speeds of over 140 mph.

Interestingly, the engines feature a staggered configuration. This makes the combined powertrain narrower, enabling it to sit deeper in the V-shaped cross-section of the boat and thus further lowering the center of gravity. This in turn improves dynamics and stability.

In comparison, the actual Project One is expected to come with over 1,000 horsepower and a top speed someone above 200 mph. Its powertrain will be a Formula 1-spec 1.6-liter turbocharged V-6 working in conjunction with four electric motors: one on the turbo, one on the crankshaft and two on the front axle.

Cigarette Racing began its partnership with AMG in 2007, primarily for organizing joint customer and marketing activities. The partnership has only strengthened over the years as both companies share a similar philosophy: luxury, performance and the highest caliber manufacturing standards.