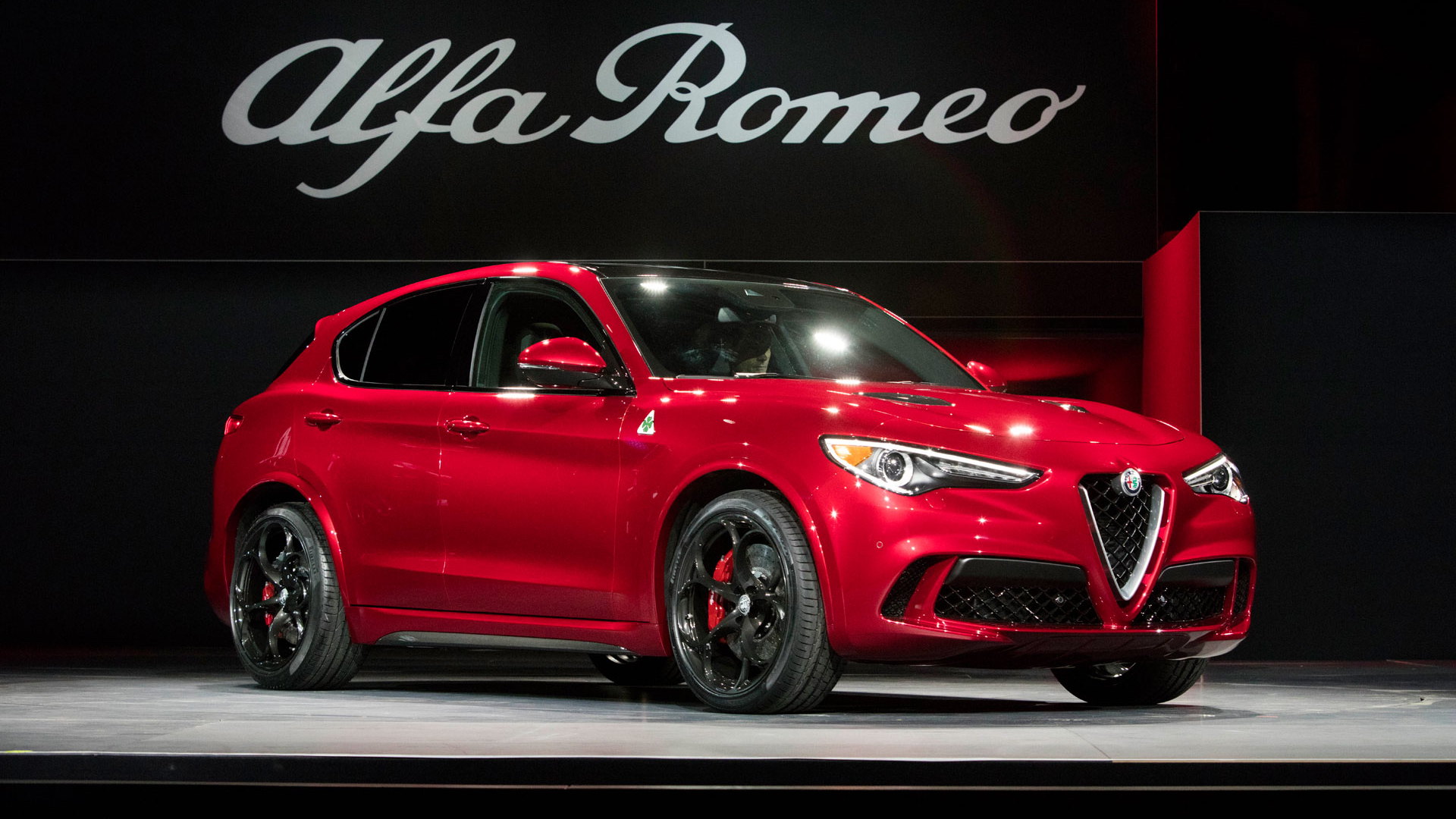 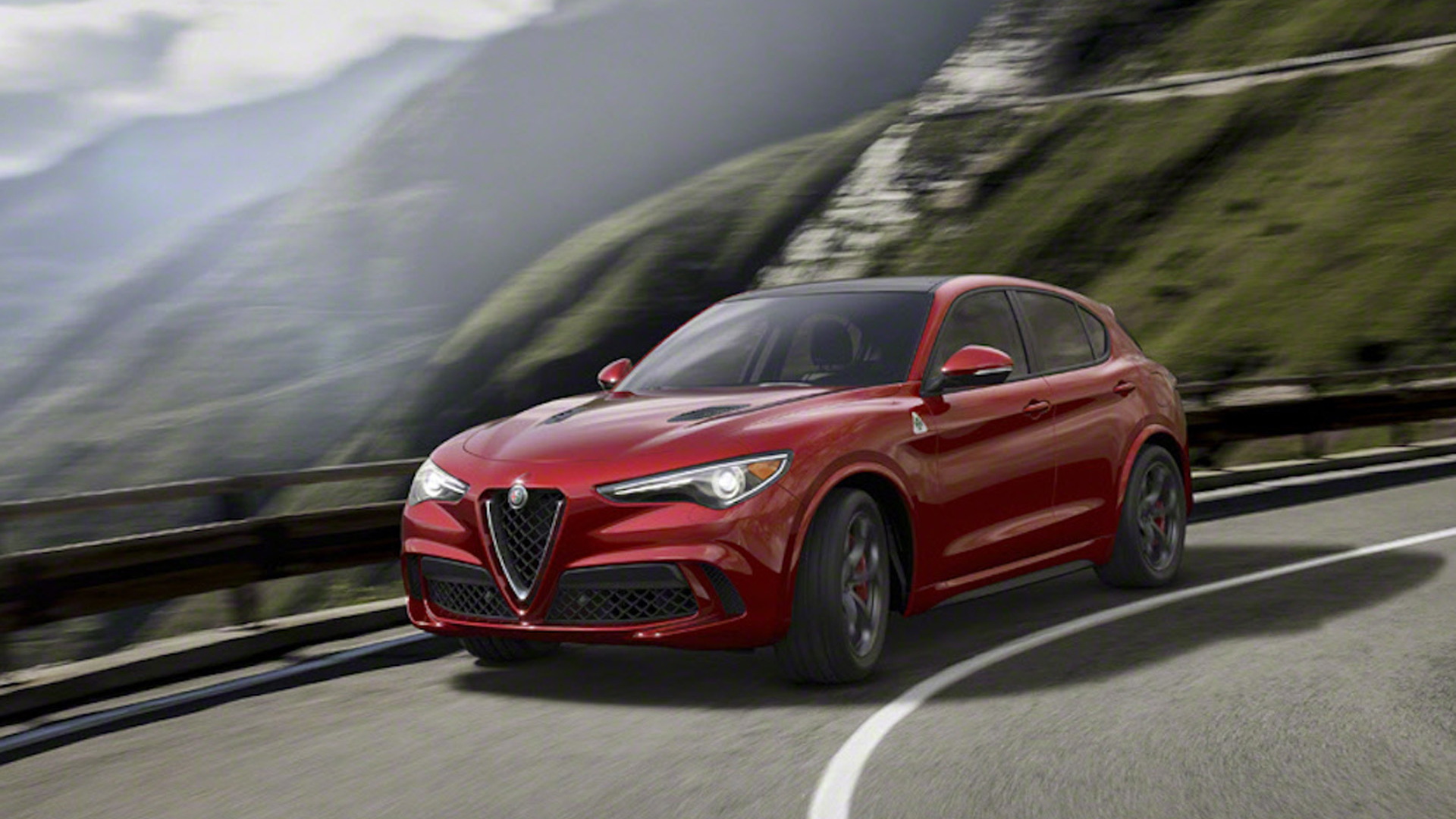 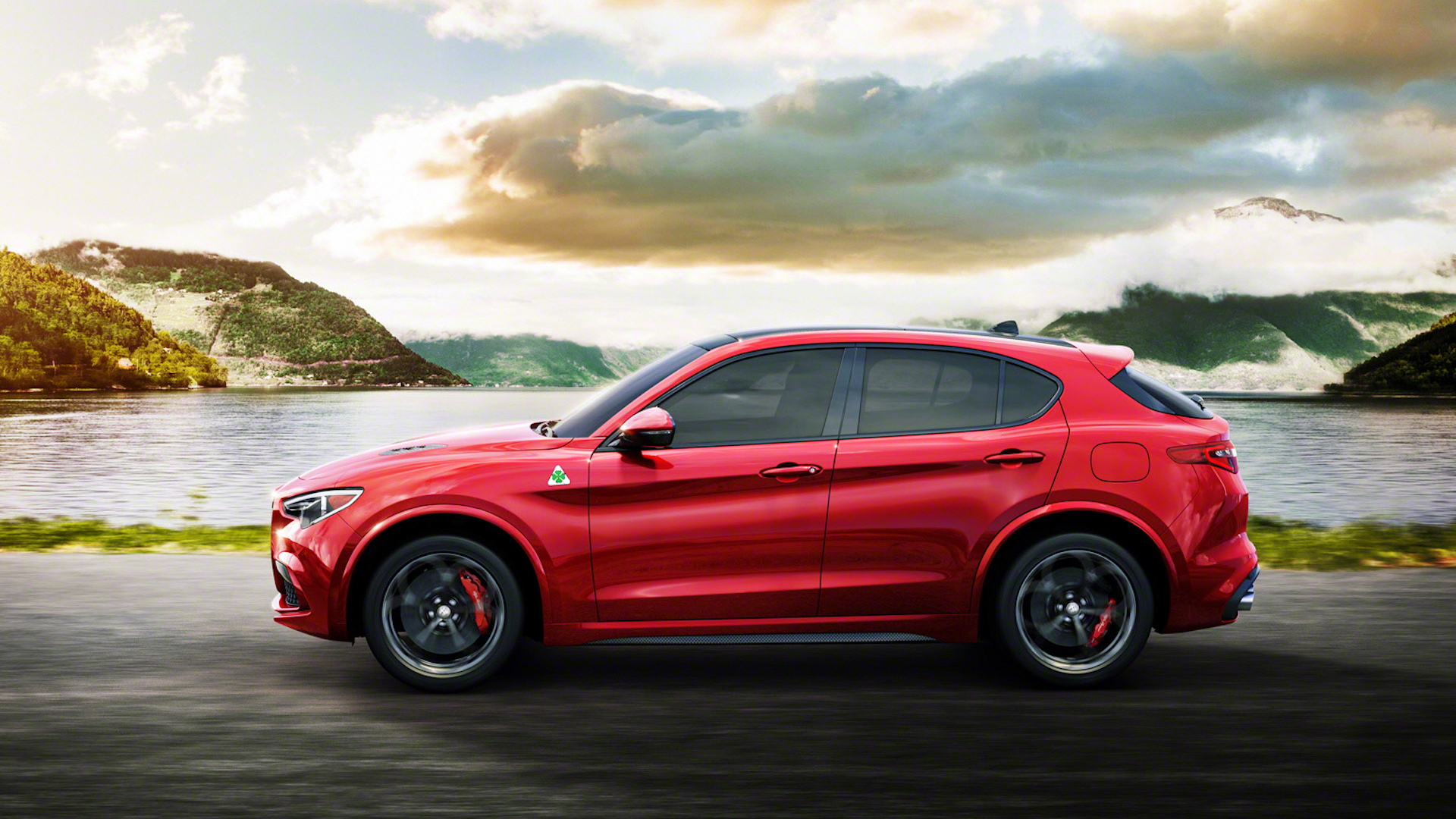 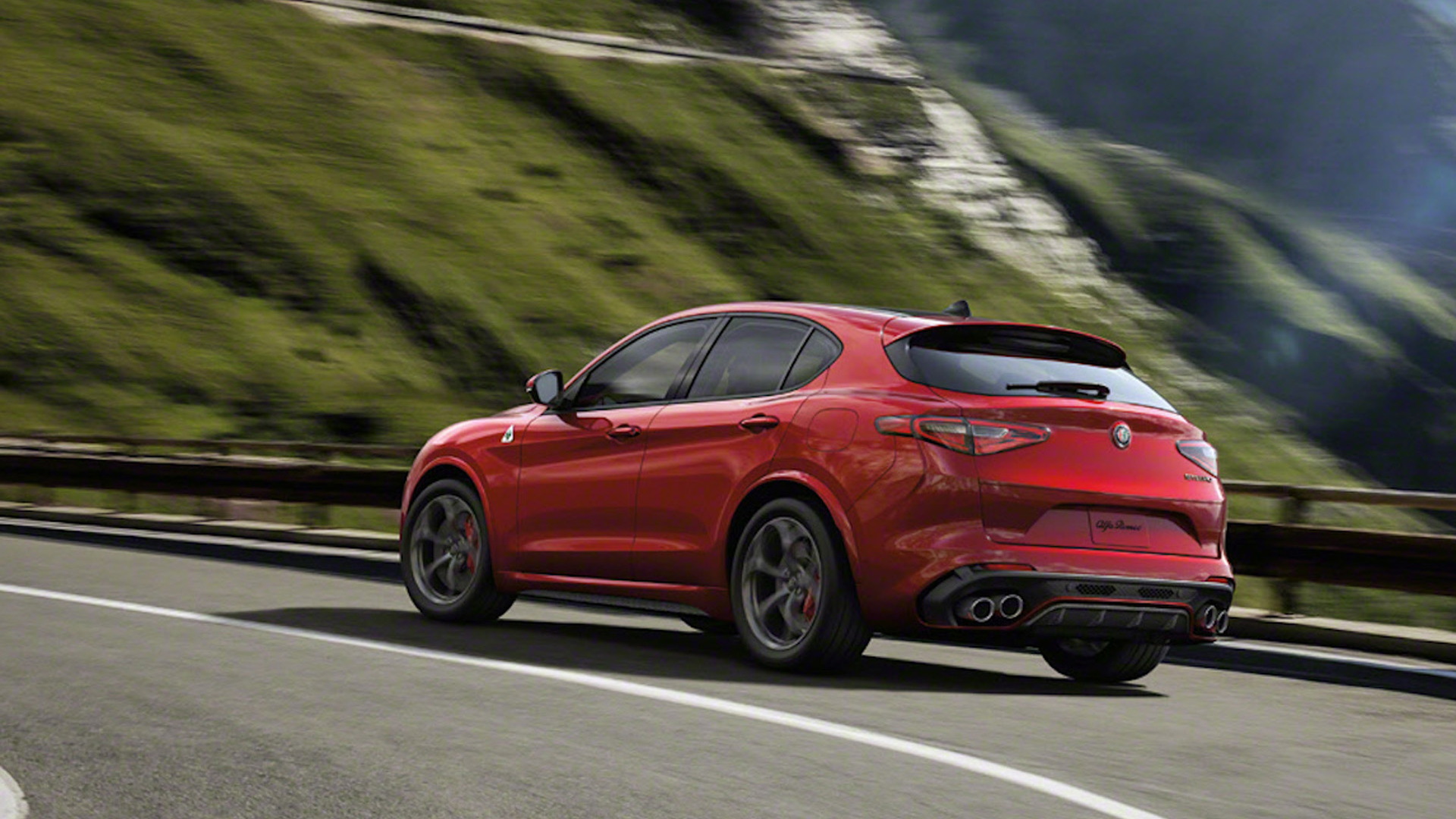 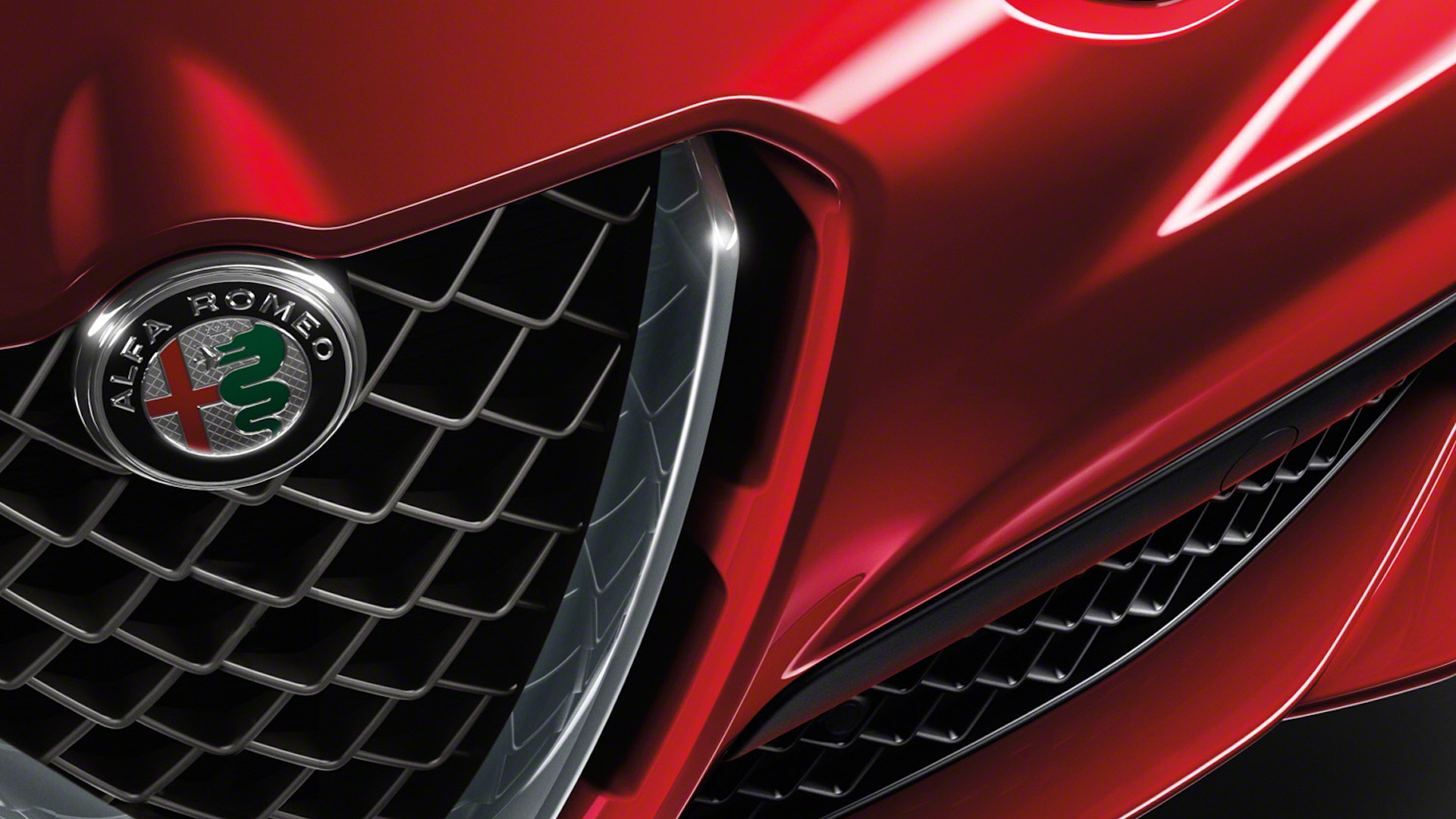 Alfa Romeo on Thursday announced pricing for the 2018 Stelvo Quadrifoglio performance SUV, which we'll test later this month. Anyone keen on parking one of the 505-horsepower high-riders in their driveway will require a check for $81,590, including a hefty $1,595 destination charge.

Like the standard Stelvio, the Stelvio Quadrifoglio is essentially its Giulia Quad counterpart on stilts. It features the same 2.9-liter twin-turbocharged V-6 producing the same 505 horsepower and the same 443 pound-feet of torque. The Stelvio is slower to 60 mph, at 3.9 seconds, but that's only a tenth of a second off the Giulia's pace. There's carbon fiber body work and a carbon fiber driveshaft, just like the Giulia, not to mention a significantly firmer suspension, a trick limited-slip rear differential, and a dedicated Race driving mode.

What sets the Stelvio Quad apart from the Giulia? The biggest difference is the standard all-wheel-drive system; for customers that get regular snow, the Stelvio Quadrifoglio's premium won't seem so egregious. The Stelvio also makes a case for itself with a more versatile body, boasting more cargo volume, and easier ingress and egress owing to the taller ride height.

But the Stelvio Quadrifoglio makes its best showing against the competition. Its closest natural competitor is the Porsche Macan Turbo, a vehicle with 105 less hp that starts at $78,250. including a $1,050 destination charge. Move up to the Macan Turbo Performance Package for the extra 40 hp and the price rises to $88,750, which if the Giulia is any indication, will likely be the price of a fully loaded Stelvio Quadrifoglio. And those figures are before tapping into Porsche's legendarily big options catalog.

The Stelvio's other competitors—the Mercedes-AMG GLC43, Jaguar F-Pace S, Audi SQ5, and BMW X3 M40i—undercut the Alfa by a big margin but deliver a far more mainstream driving experience, with each producing well under 400 horsepower. Simply put, they might surpass the standard Stelvio, but the Quadrifoglio is on a far different and more rarefied plane.

We'll have much more on the 2018 Alfa Romeo Stelvio Quadrifoglio at the end of February when we get our first turn behind the wheel. Stay tuned.