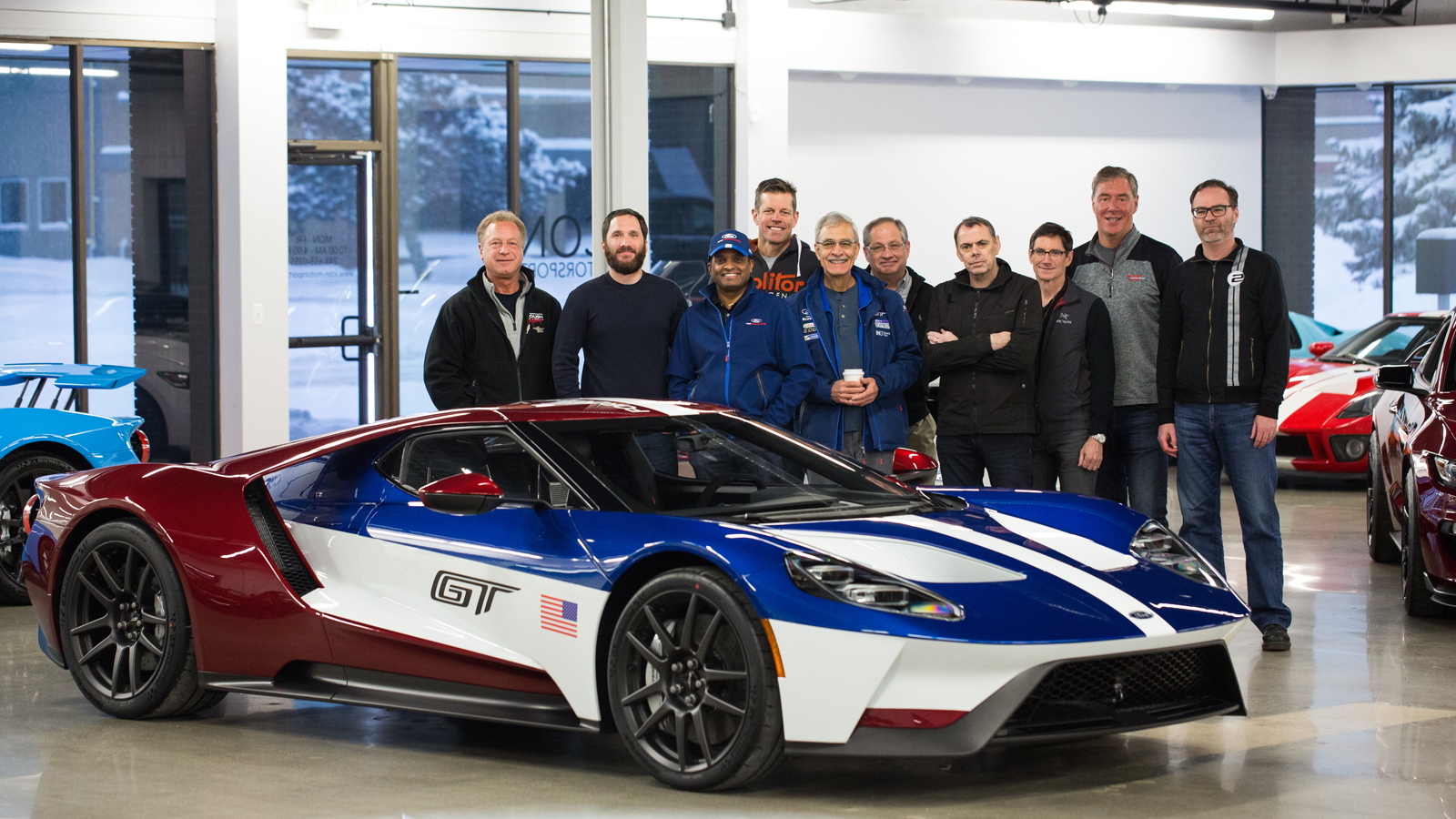 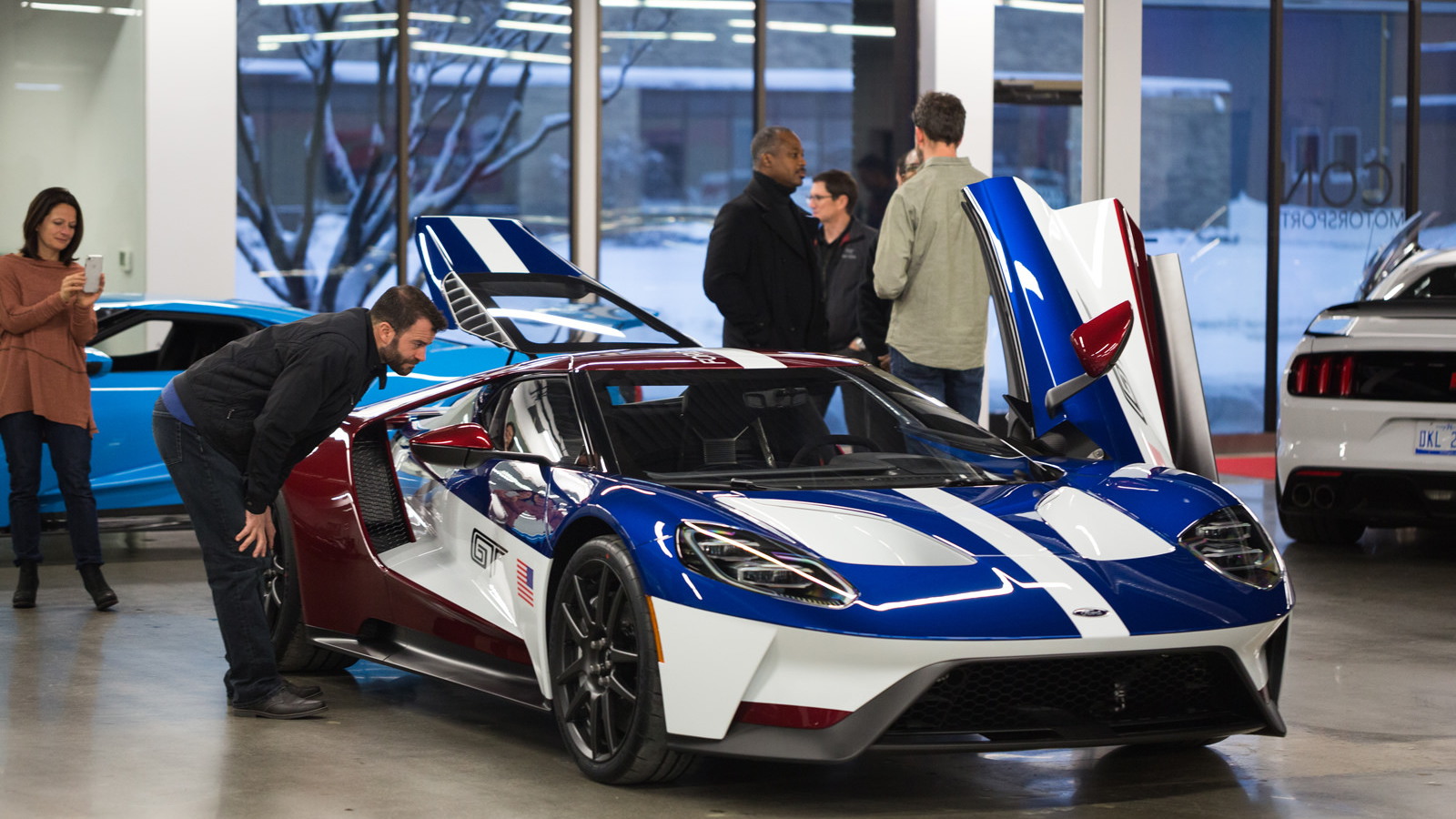 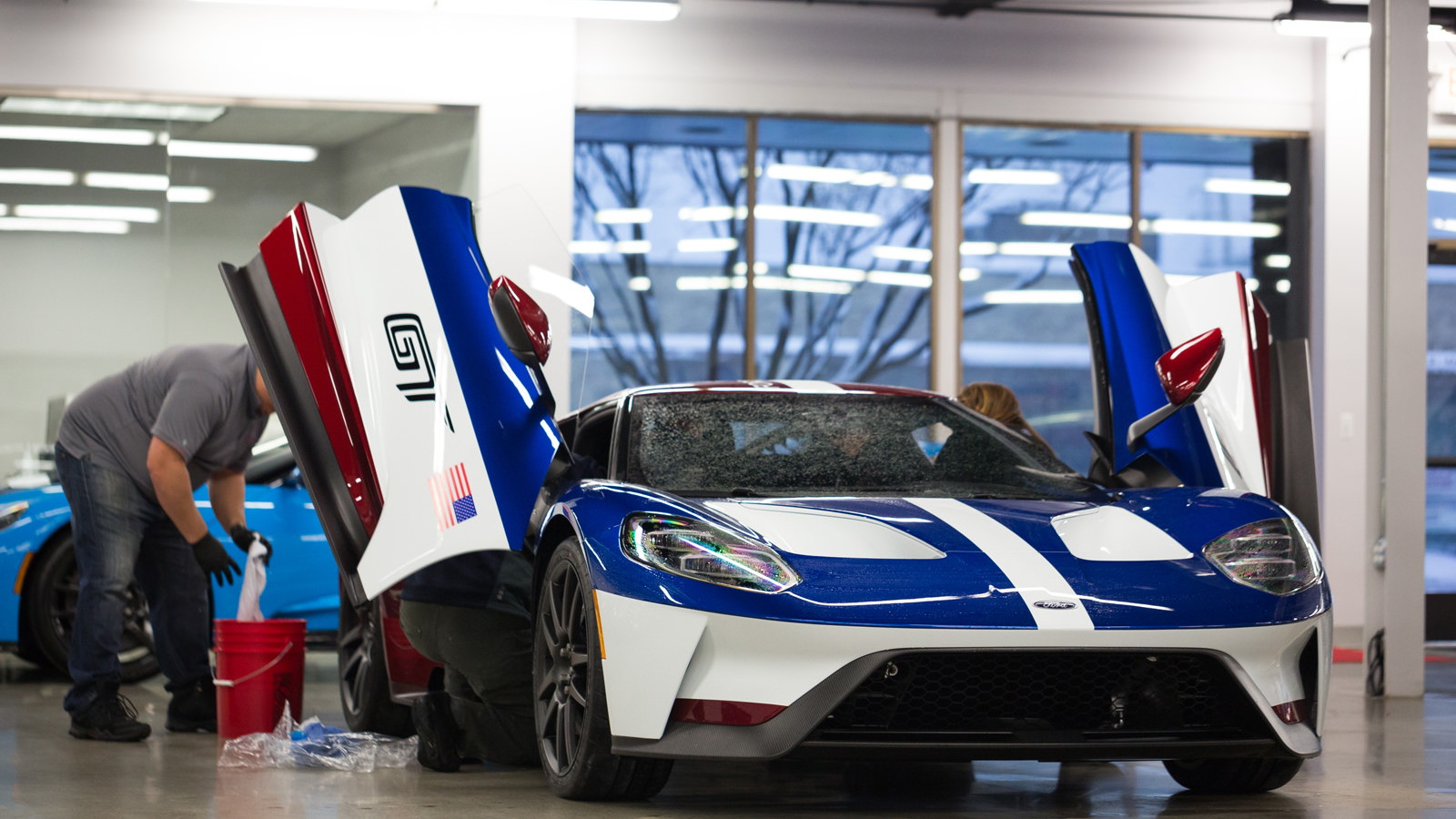 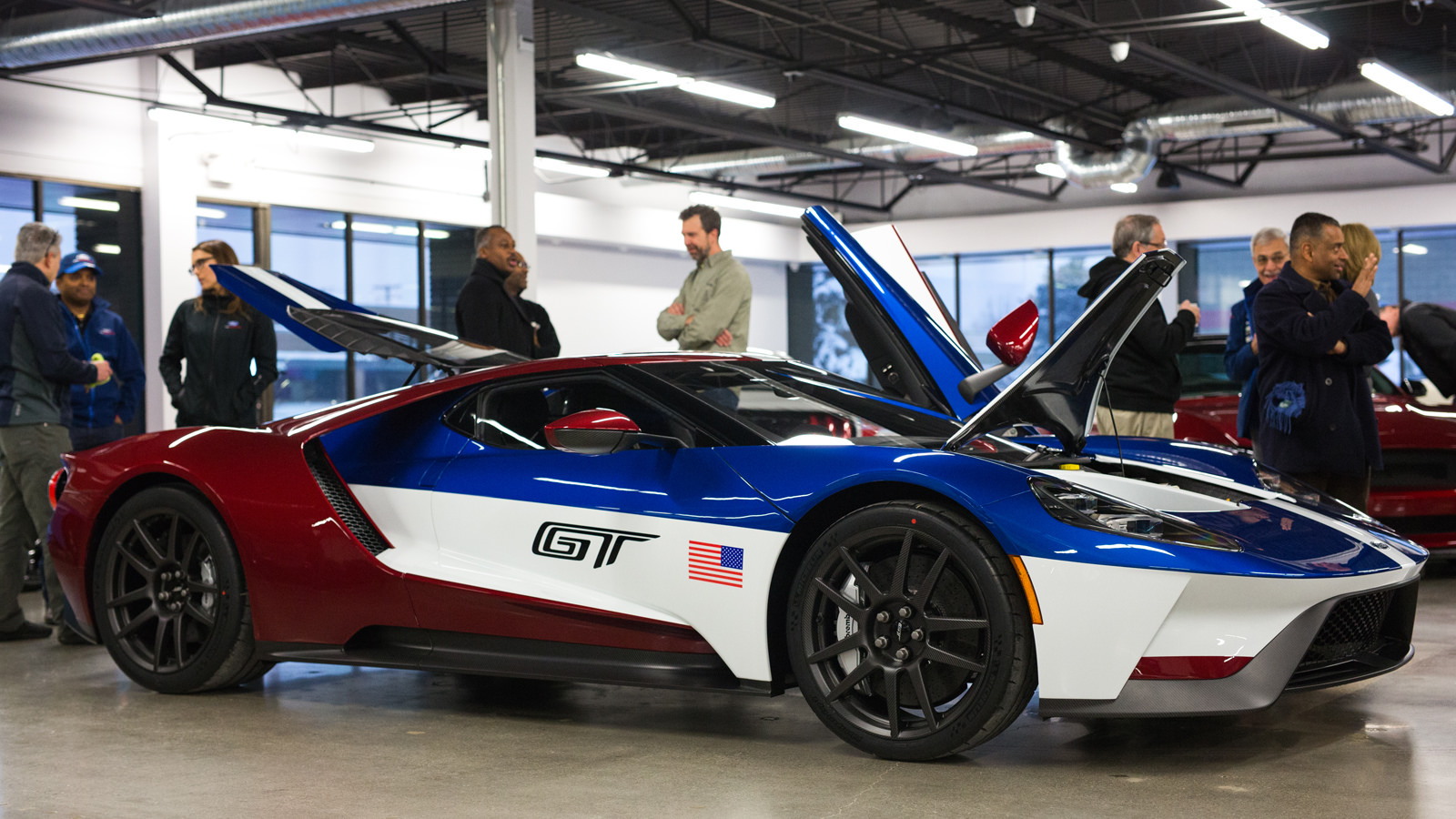 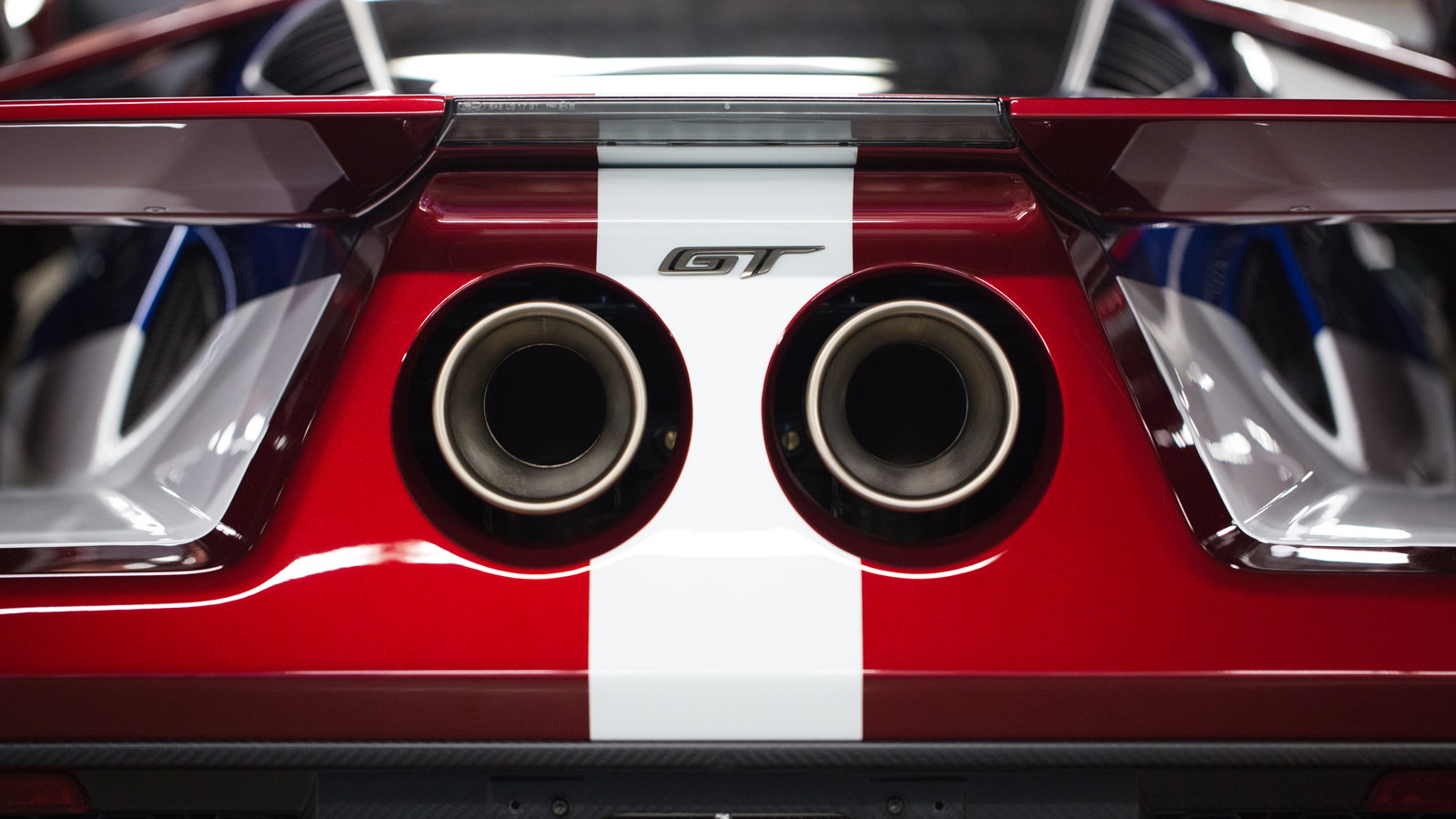 Customers lucky enough to get their hands on a Ford GT have a wide range of exterior colors to choose from, but they won't see this particular paint scheme on the options sheet. It's called "Victory," and the paint scheme is exclusive to Ford employees.

None other than the man behind the reborn GT program, Raj Nair, now executive vice president and president of Ford North America, took delivery of the special car, which boasts a swath of colors similar to the supercar's racing team colors, and our friends from Ford GT Forums were on hand to capture the event. Nair's GT sports colors similar to the 2018 racing livery.

Bill Ford, executive chairman, and Mark Fields, former CEO, had their GTs specified in the "Victory" livery with the 2016-2017 race team colors—the same colors that crossed the finish line first in its class at the 2016 24 Hours of Le Mans, 50 years after Ford's historic 1-2-3 finish at Le Mans.

The three exterior colors are Liquid Red, Frozen White, and Lightning Blue, which look stunning on a road-going car. Additionally, the special GTs receive "GT" badging on the doors along with a flag representing the car's home country. Never mind the fact the GT is actually assembled in Canada by Multimatic.

As if Nair's GT wasn't special enough, it's also serial number 0001 for the 2018 production run. Ford committed to building 250 units of the supercar in 2017 and 2018, then said it would build another 250 a year for two more years. That, combined with the $450,000 price tag, make this car quite exclusive. Ford built 4,000 units of the previous-generation GT from 2004-2006, meaning many previous GT owners who would like to upgrade to the new car will miss out.