The automotive world collectively gasped when Ford rolled out quite the surprise at the 2015 Detroit auto show. The blue oval welcomed the GT back into its portfolio of performance vehicles, and it had its sights on the 24 Hours of Le Mans. Believe it or not, the rebirth of the iconic GT almost didn't happen, though.

Speaking to Automotive News (subscription required), Raj Nair, product development head at Ford, said a new GT was never the plan when it came to celebrating the 50th anniversary of Ford's historic one-two-three finish at the 1966 24 Hours of Le Mans, where Ford sealed its revenge over Ferrari. Instead, Nair stated the Mustang was originally tapped to go racing at Le Mans.

The project was ultimately canceled in 2013 after it was determined that too much work would be required to outfit the Mustang for Le Mans duty. Ford estimated it would spend $250,000 per Mustang racer in an attempt to make it a competitive vehicle in GT racing. Even then, engineers noted it would be at a serious aerodynamic disadvantage.

"It was all good learning, but it turns out not to be the right fit," said Nair. "To be candid, I still wanted to do it. I was actually a little bit mad … in fact, I was really mad." 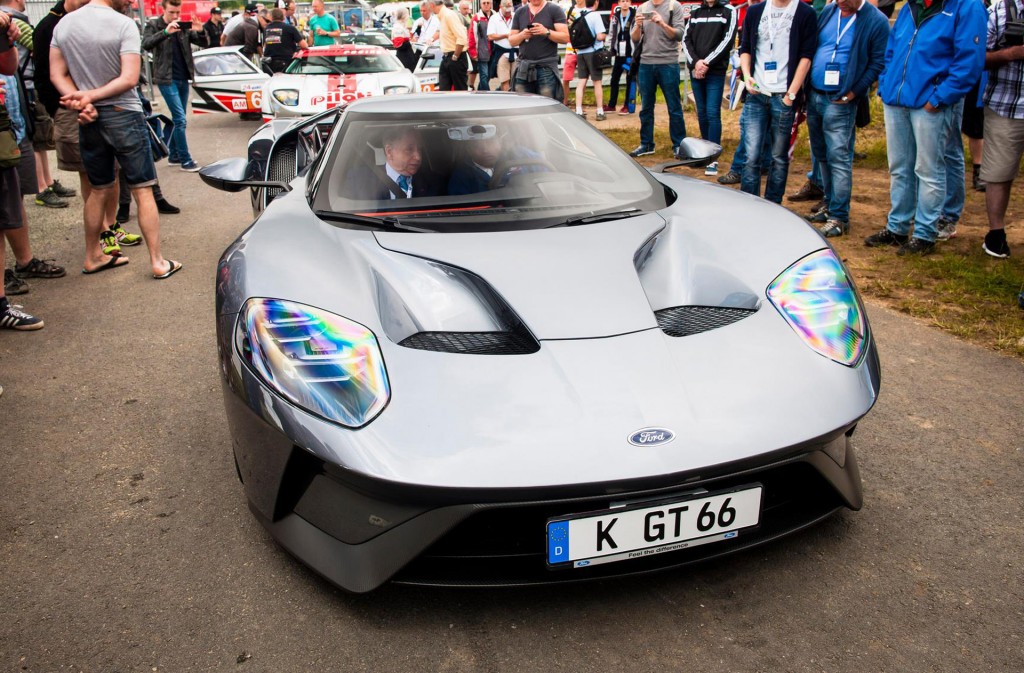 However, it turned out to give way for an all-new GT project. Determined to honor Ford's motorsports achievements, Nair convinced top executives that his skunk works team of about 12 individuals could develop a winning street car and Le Mans racer side by side.

In secret, his team applied everything it had learned from developing the stillborn Mustang Le Mans racer and applied it to the new GT. In the end, the canceled Mustang program actually kept development and production costs low, thanks to the extensive knowledge garnered in the process. And we think it paid off, too.

Not only does Ford once again have a hero for young gearheads to hang on their bedroom walls, but the proof is in the pudding; Ford took home a class win at the 24 Hours of Le Mans in 2016, just as Nair had hoped. As for the street car, they're being delivered right now. So far just 250 per year over four years have been confirmed.