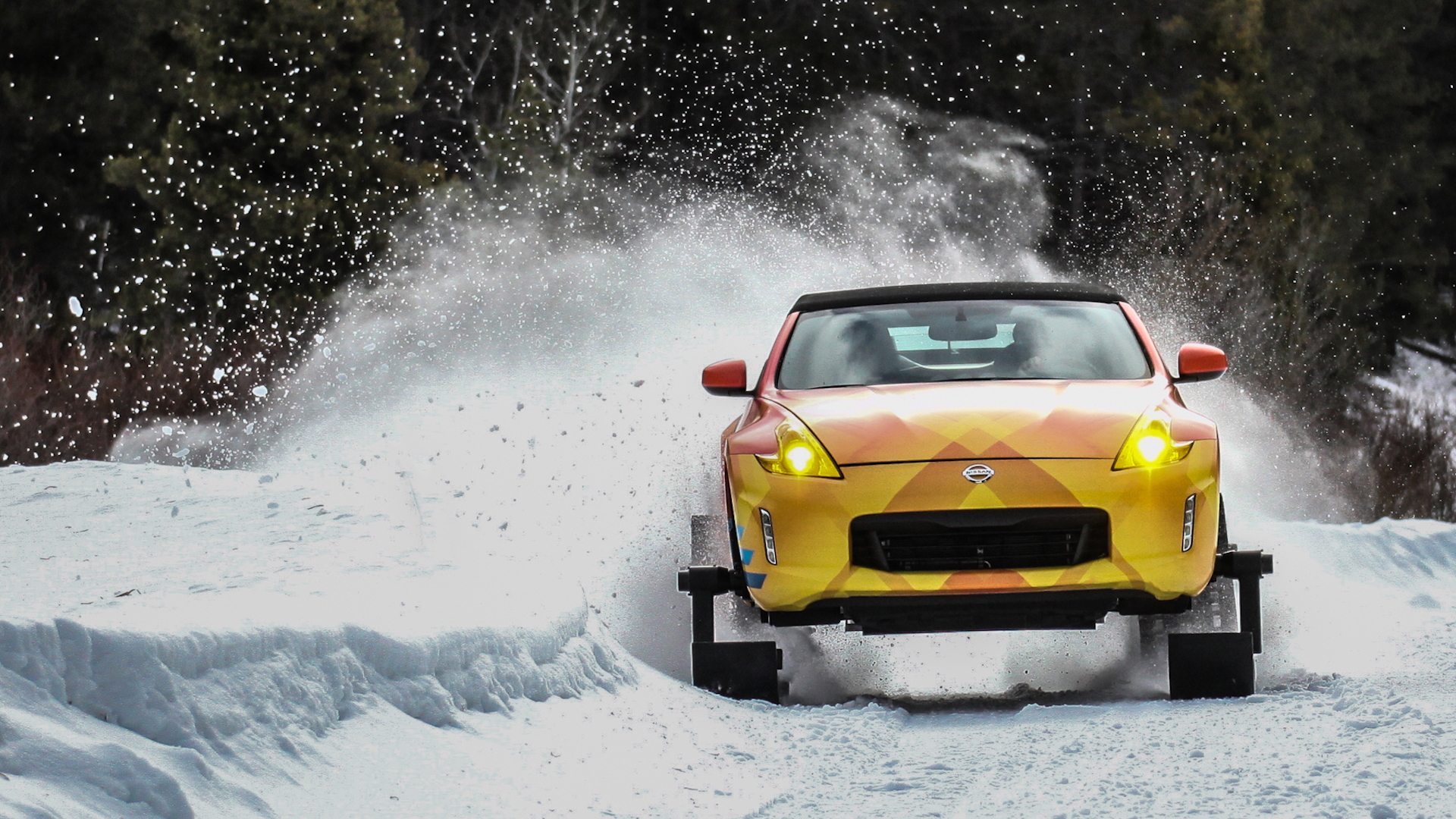 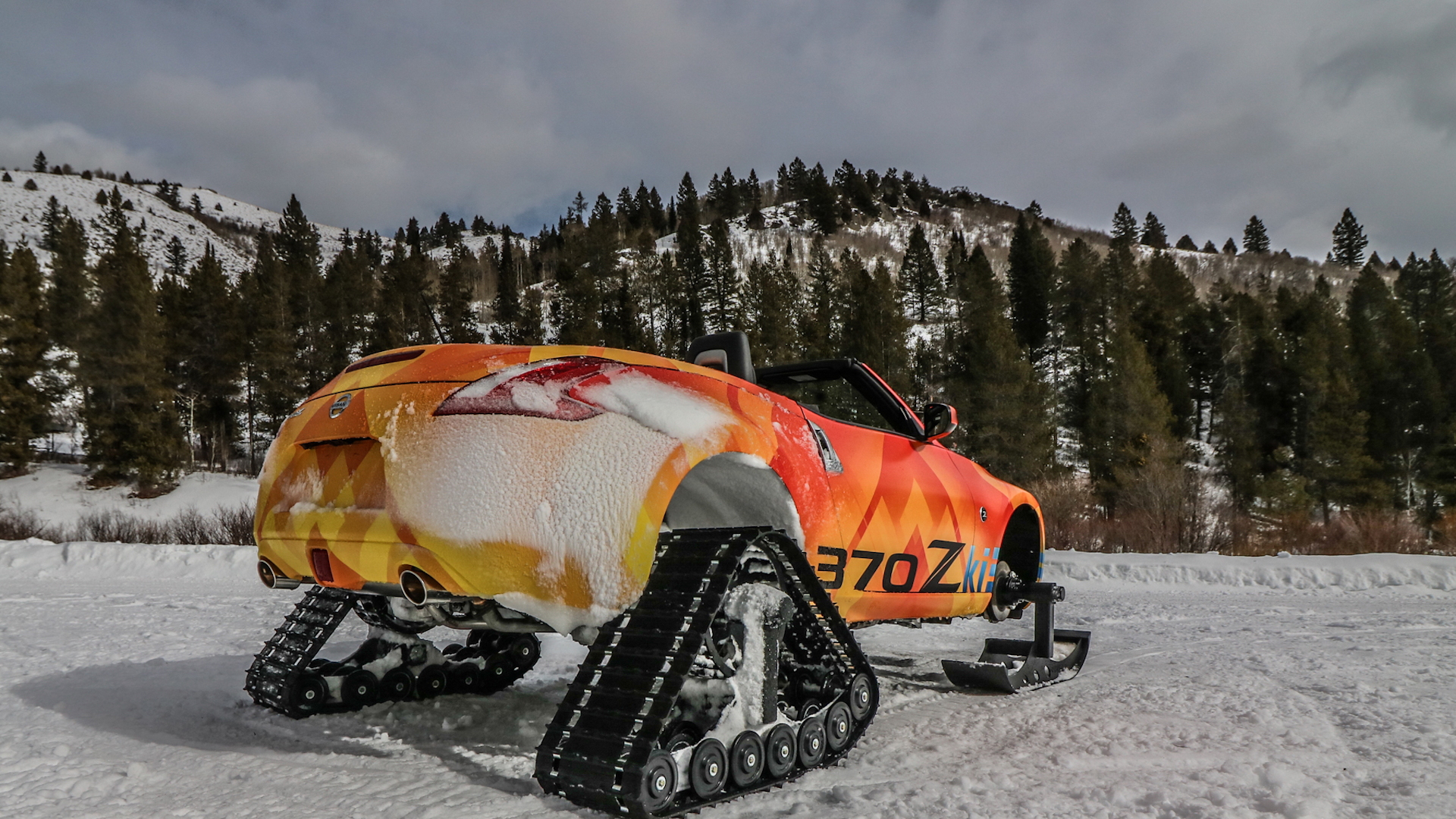 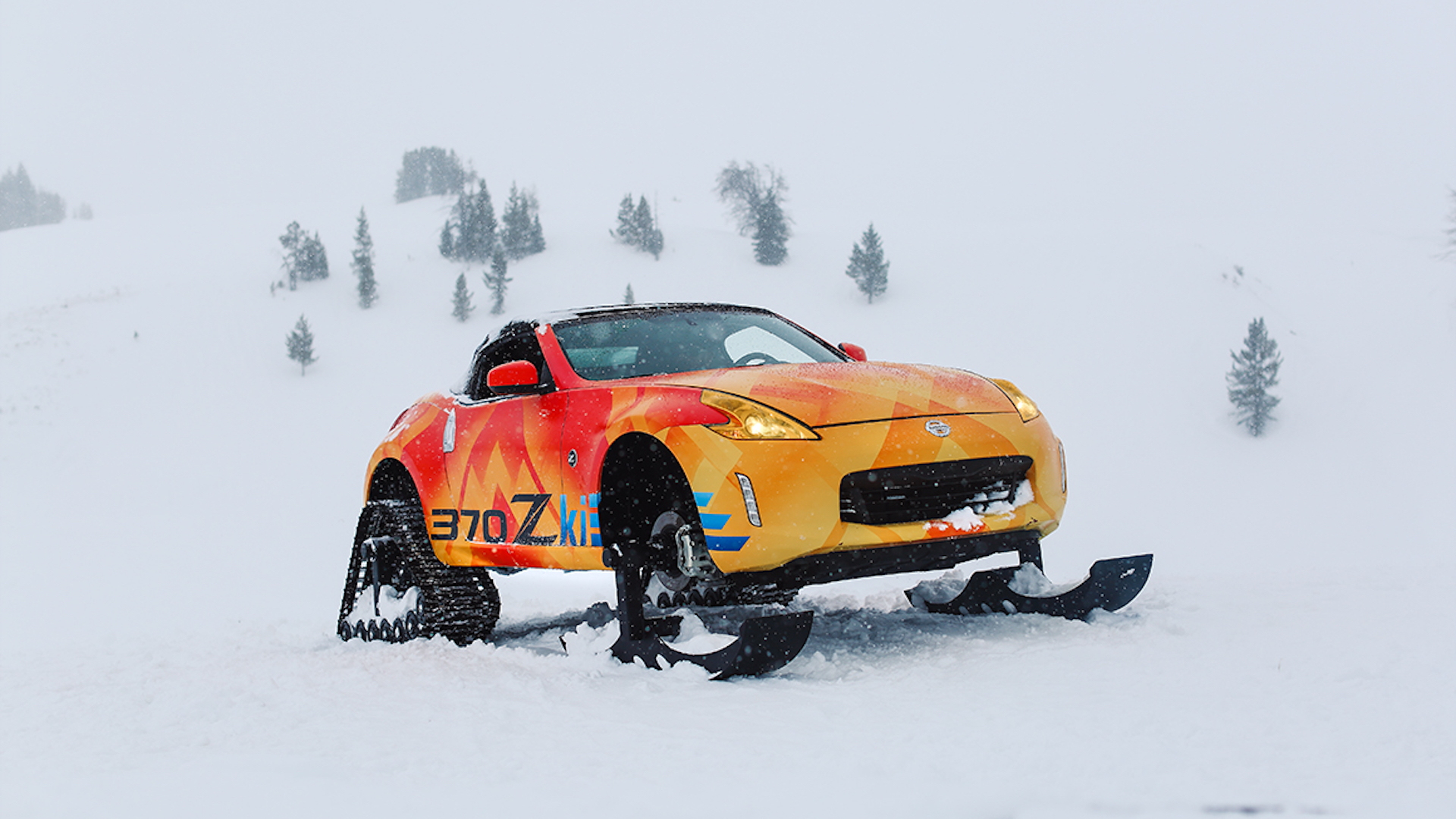 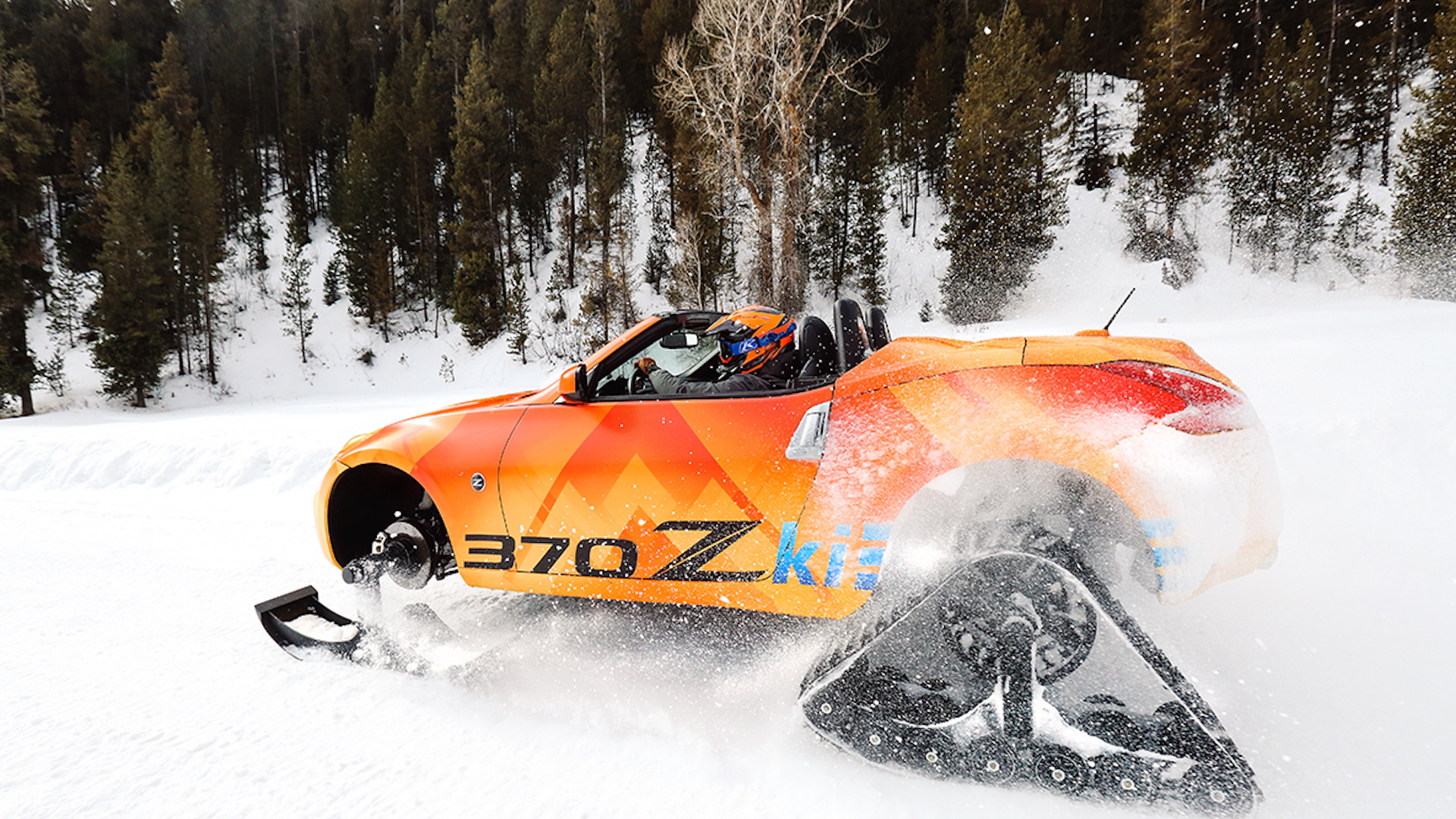 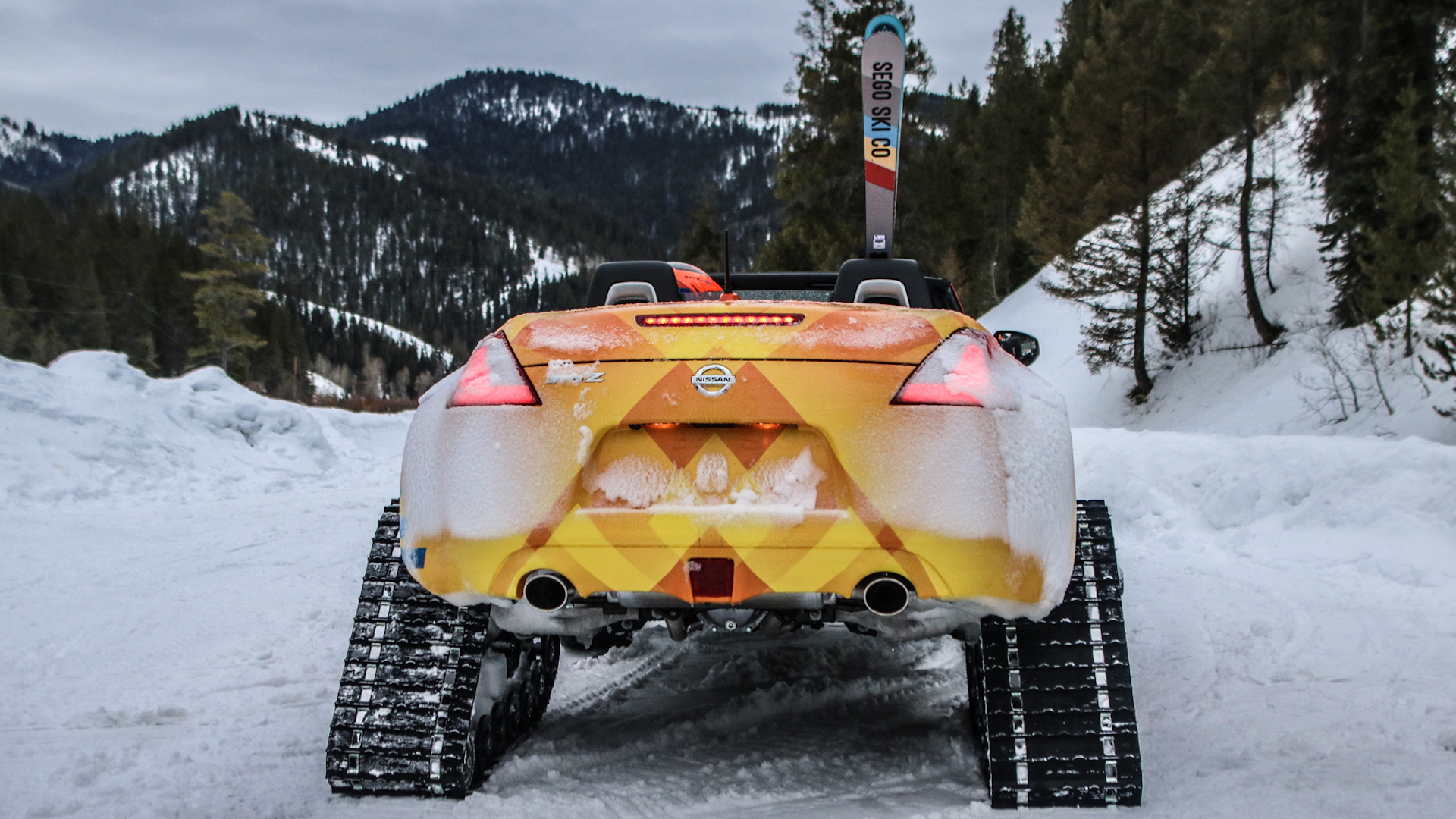 Held in February, the Chicago Auto Show gives locals a chance to get out and dream about cars during the heart of winter. It also gives Nissan the opportunity to create wild and fanciful winter-beating machines. Why? Just because.

On Sunday, Nissan revealed the 370Zki concept ahead of its formal debut in the Windy City.

The 370Zki follows a trio of Nissan Winter Warrior vehicles: the Rogue, Pathfinder, and Murano from 2016. Each of those crossovers was outfitted with a set of American Track Truck's rubber tracks, and the 370Zki is no different. However, this time Nissan only added the tracks at the rear, while the front earned a set of skis, as the concept's name implies. The final result looks seamless, but the build of this sports car turned winter-recreation machine wasn't that easy.

Nissan commissioned the Torrance, California, shop The Westside Group to build the 370Zki. The crew there removed the entire drivetrain from a standard 370Z to make room for the rubber tracks at the rear and skis up front, and installed a 3-inch lift kit. The plumbing for the braking system had to be rerouted and the exhaust system modified to ensure everything would fit underneath the car. Up front, more modifications were needed to ensure the set of skis could work properly.

The Westside Group reworked the suspension to accommodate the 3-inch-higher ride height and developed a set of adapters to give the skis proper travel and rotation. Finally, the team installed a front skid plate to protect the vehicle from any damage mid excursion. The result is one wild Z car.

The 370Zki made its maiden voyage on the slopes of Jackson Hole, Wyoming, ahead of its debut, and Nissan documented the fun in the video above. Just don't expect a production version, even though the 370Zki would turn us into avid skiers.