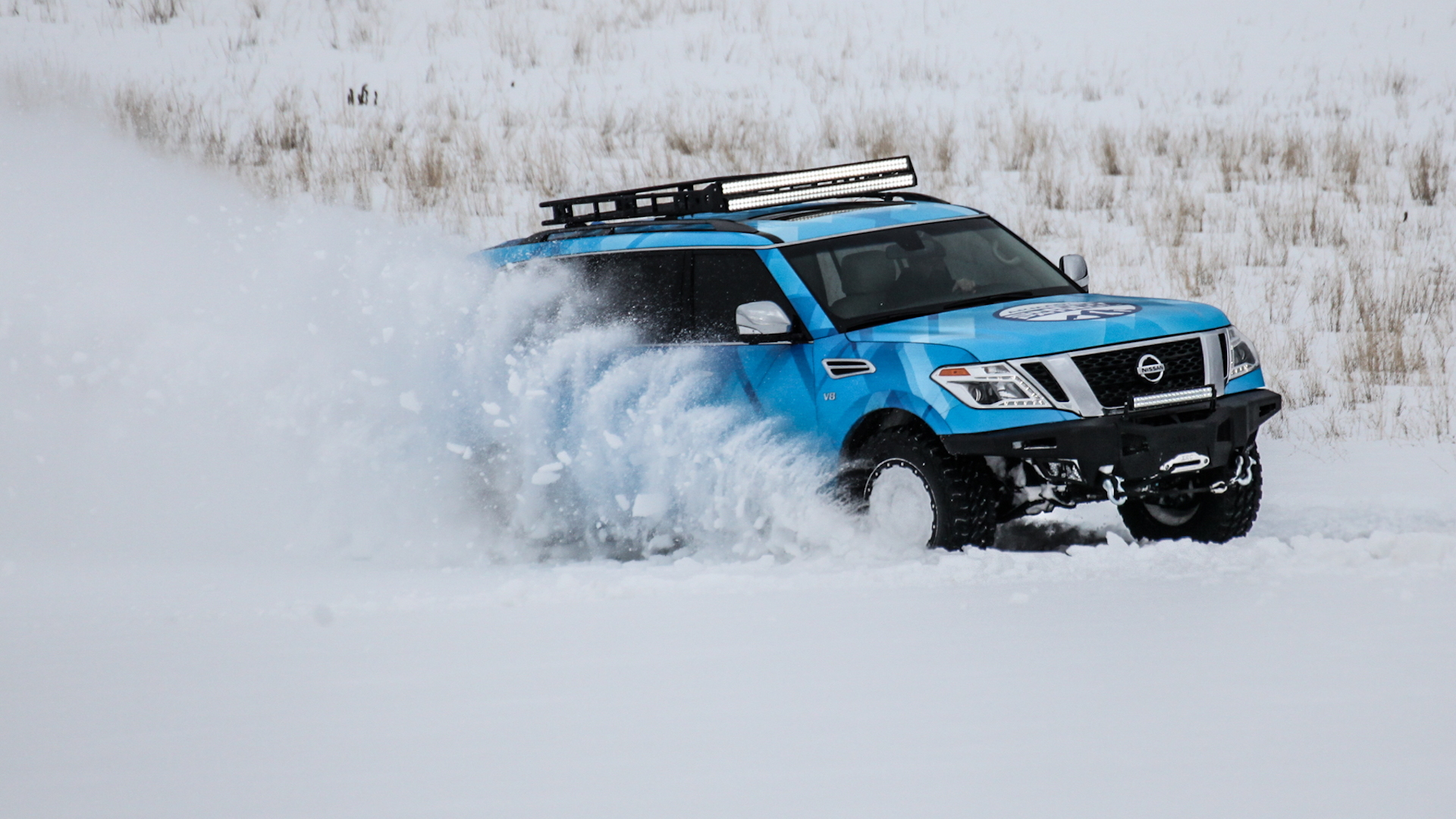 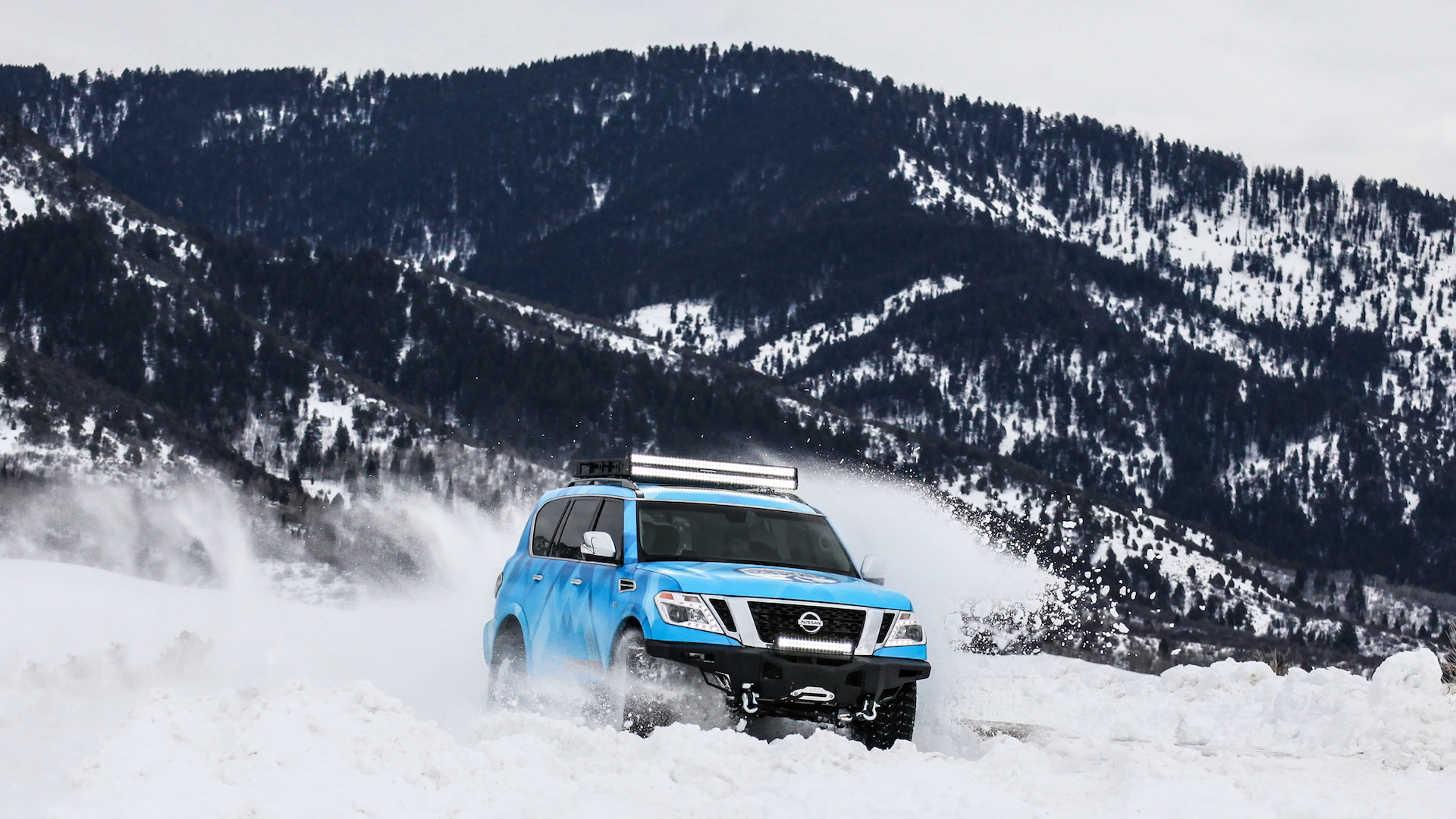 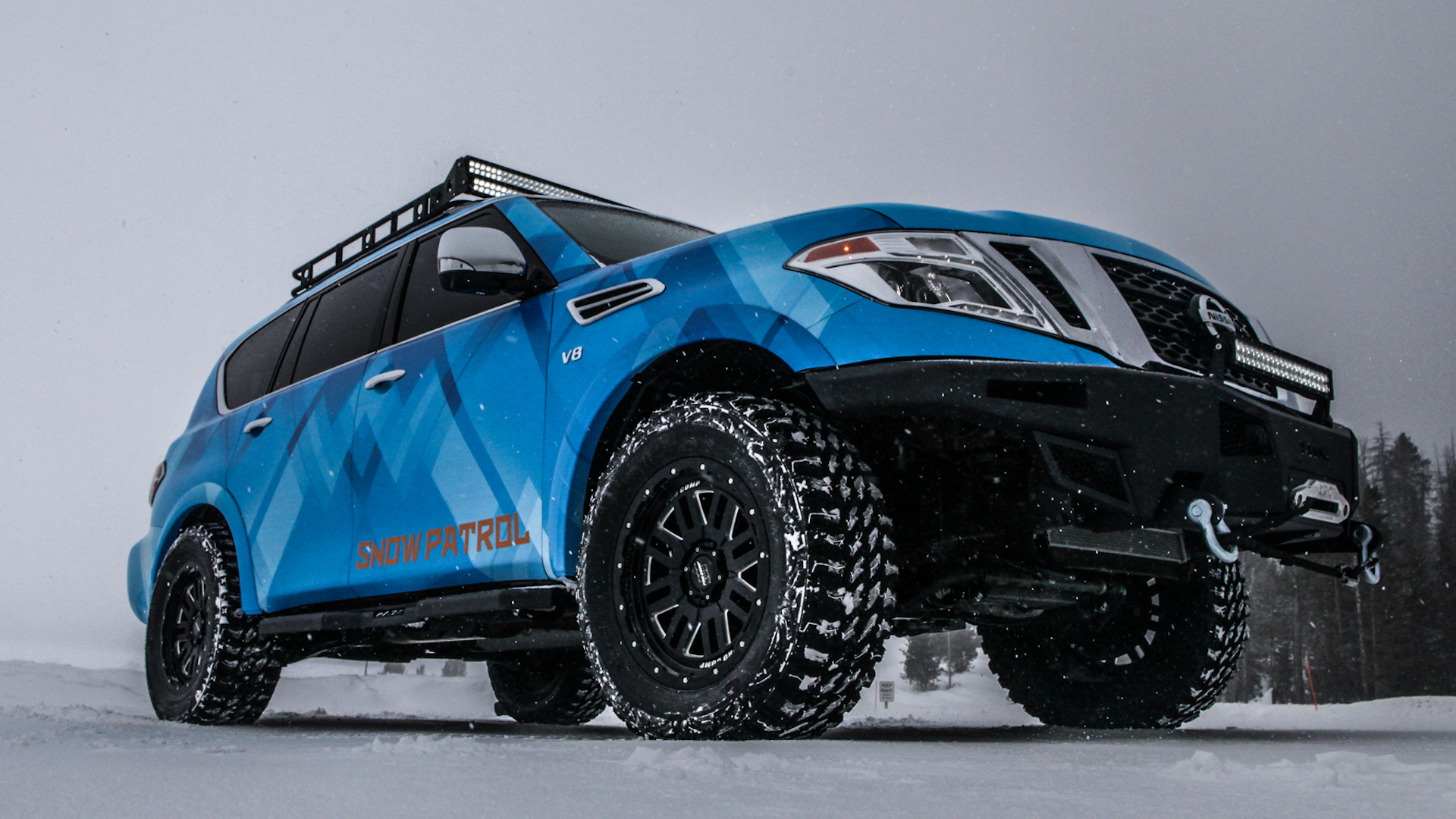 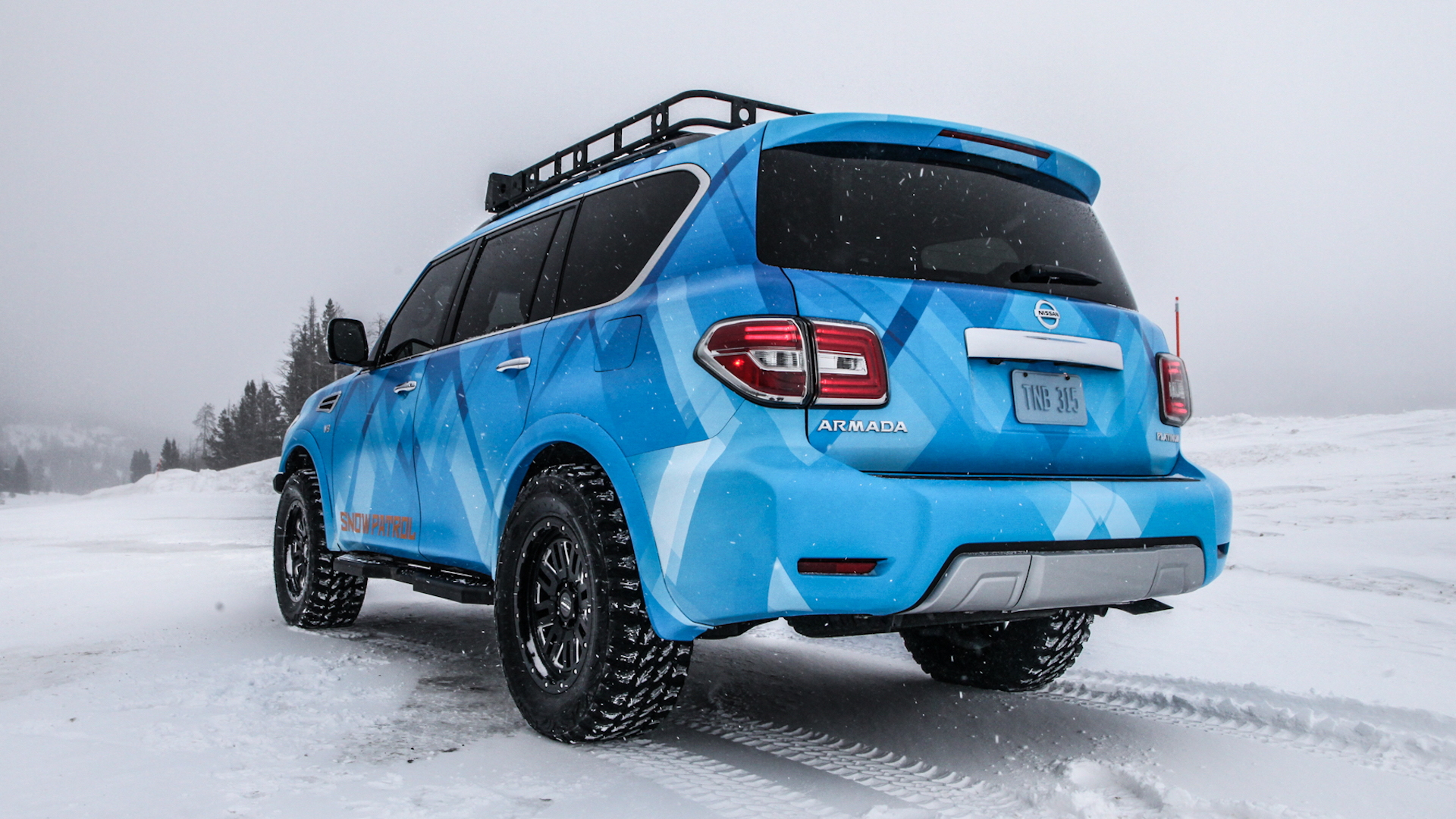 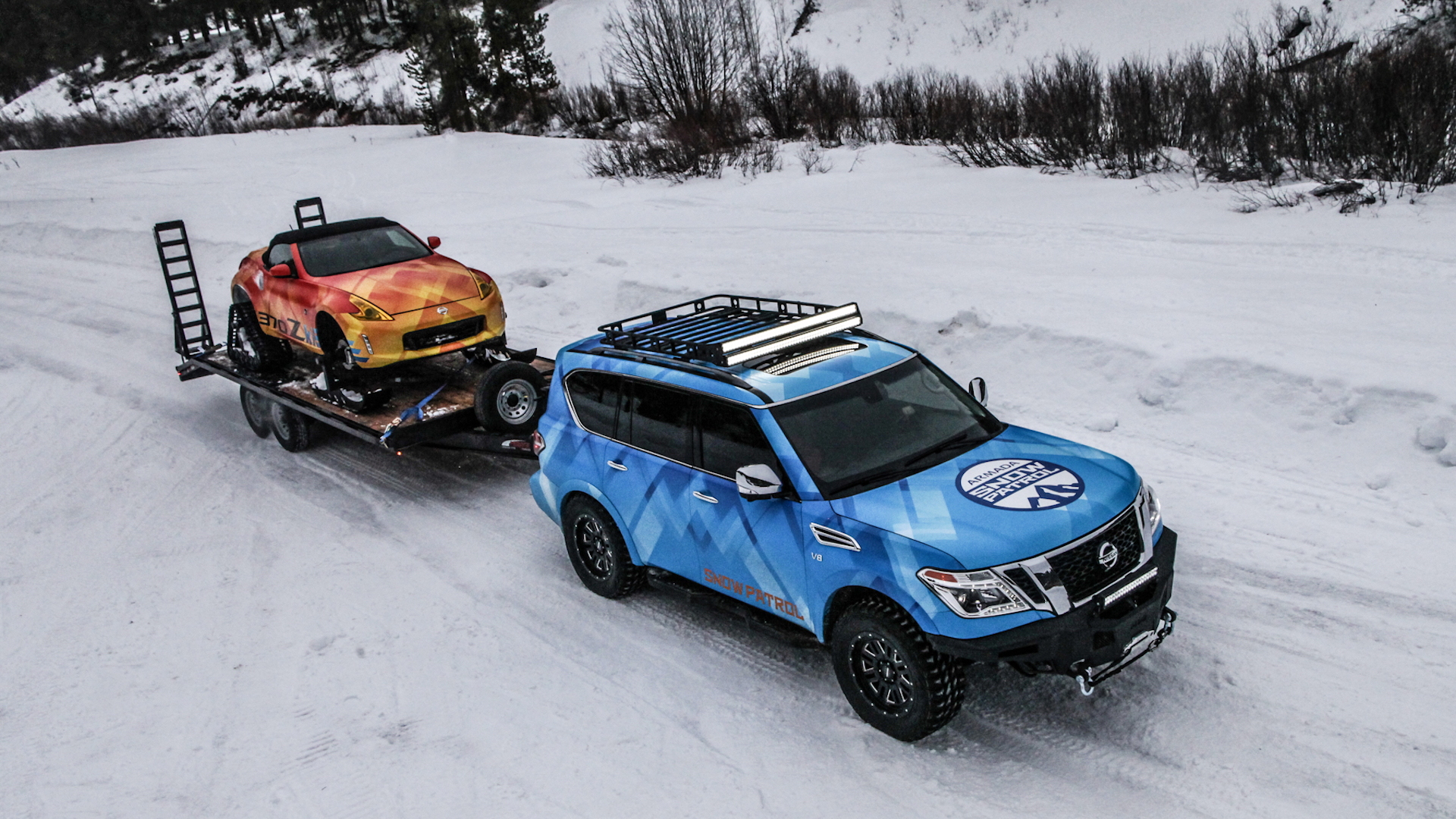 Nissan revived the Armada for the 2017 model year based on the global Patrol nameplate. At the Chicago Auto Show, the brand wants to show just how capable the SUV can be—especially in wintry conditions. Ahead of its debut in Chicago, Nissan revealed the Armada Snow Patrol, with an emphasis on "snow."

The Armada Snow Patrol can tackle a lot of frozen precipitation thanks to a host of aftermarket parts. The build was performed by Pro Comp, which also supplied many of those parts. It began with a Pro Comp suspension lift kit, which ensures the 35-inch-tall Pro Comp MT2 extreme off-road tires fit snuggly. Those tires are mounted on 20-inch Cognito Series 61 wheels. To further bulk up the already hulking Armada, the SUV was fit with a Smittybilt off-road bumper with a grille protector bar and winch mount. The onboard winch can handle up to 12,000 pounds.

The Armada Snow Patrol's goal is to show owners, and potential owners, how easy it is to modify the Armada with a tidal wave of aftermarket parts. Just to highlight its capability, Nissan attached its wilder snow project, the 370Zki, to the back of the SUV. The standard Armada can tow up to 8,500 pounds with proper equipment installed, which is more than enough to handle the sports-car-turned-snowmobile's curb weight.

The SUV is a one-off project, but Nissan shows that it's not too difficult for owners to build their own winter-beating SUV.