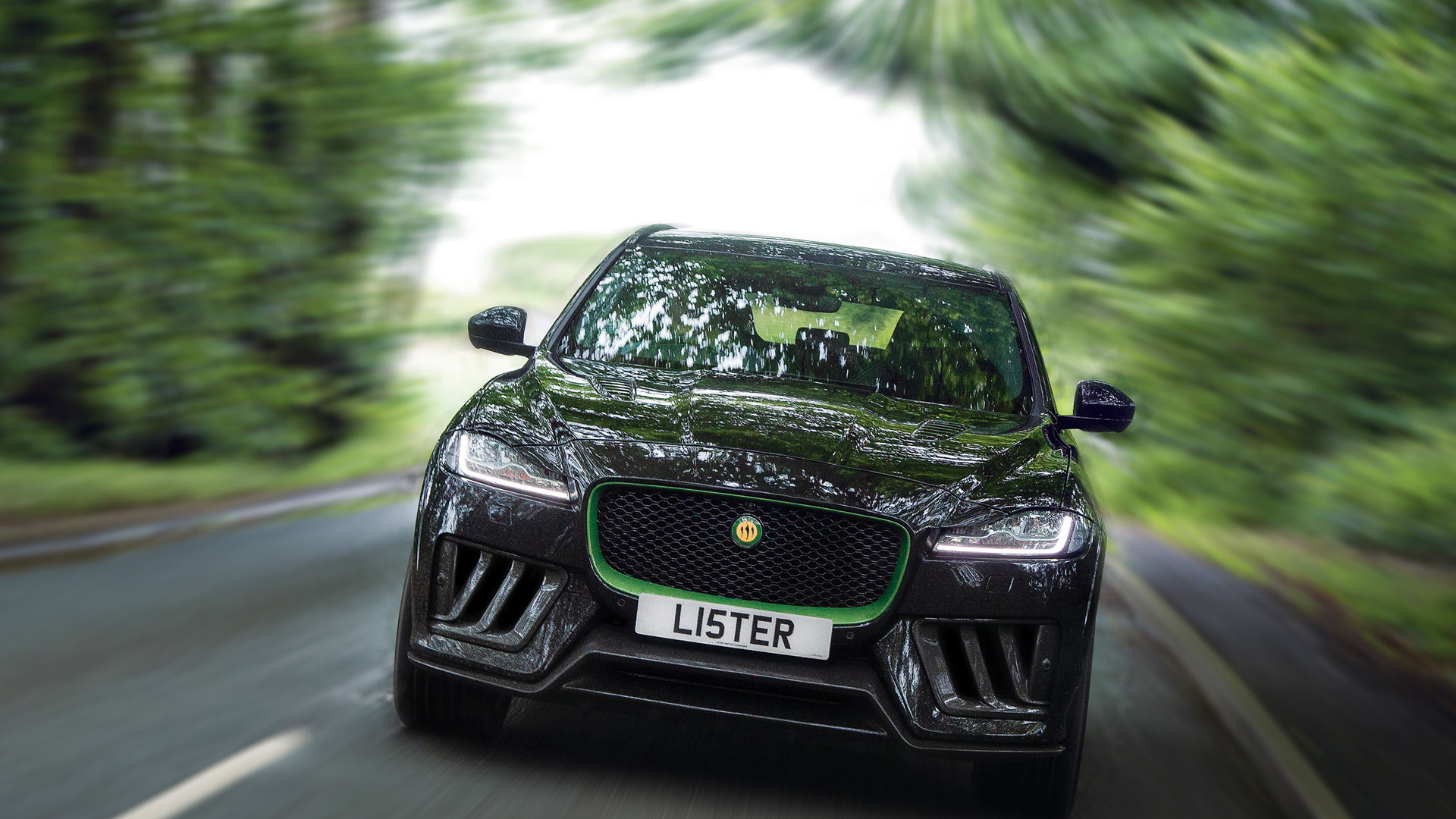 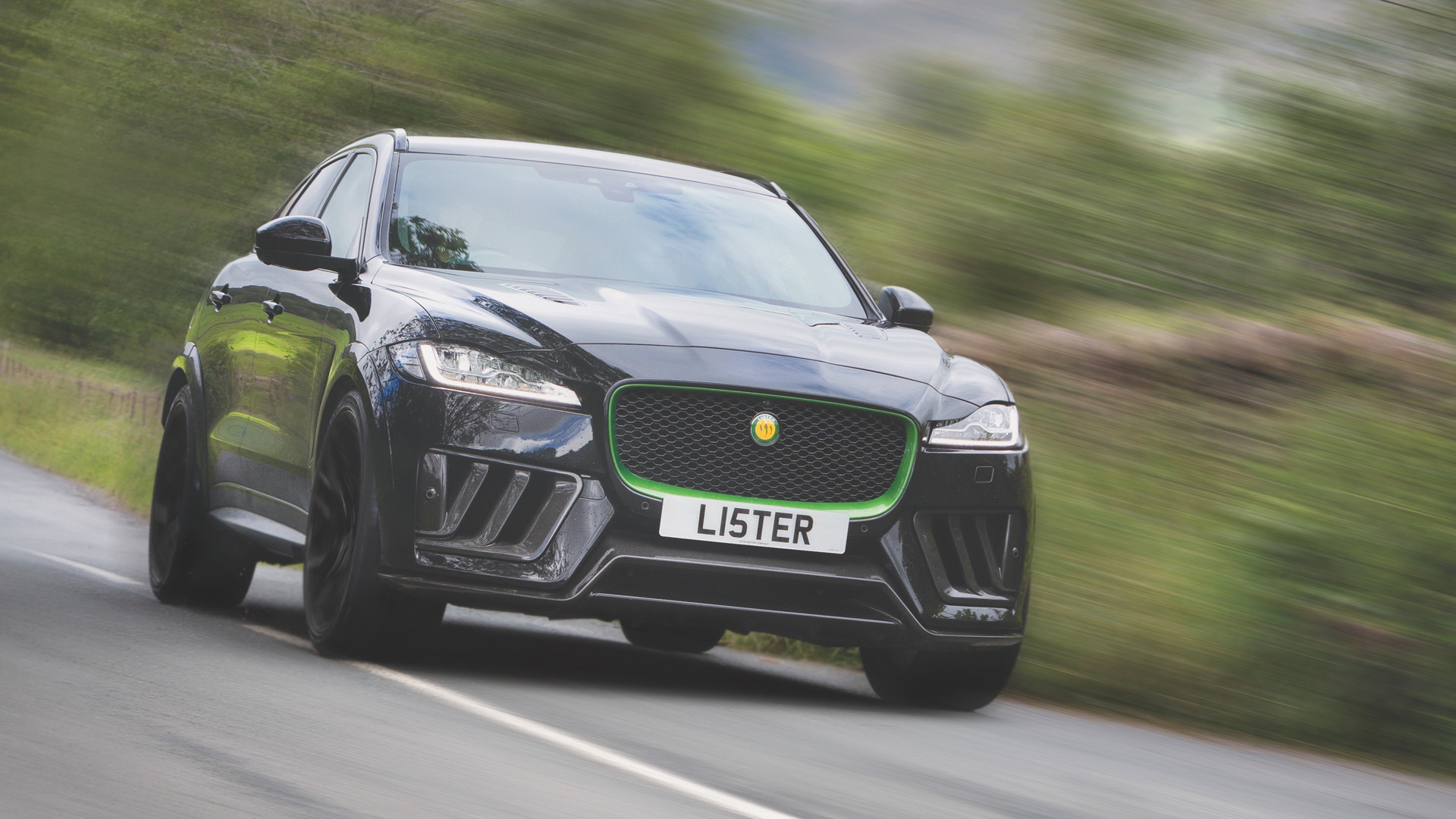 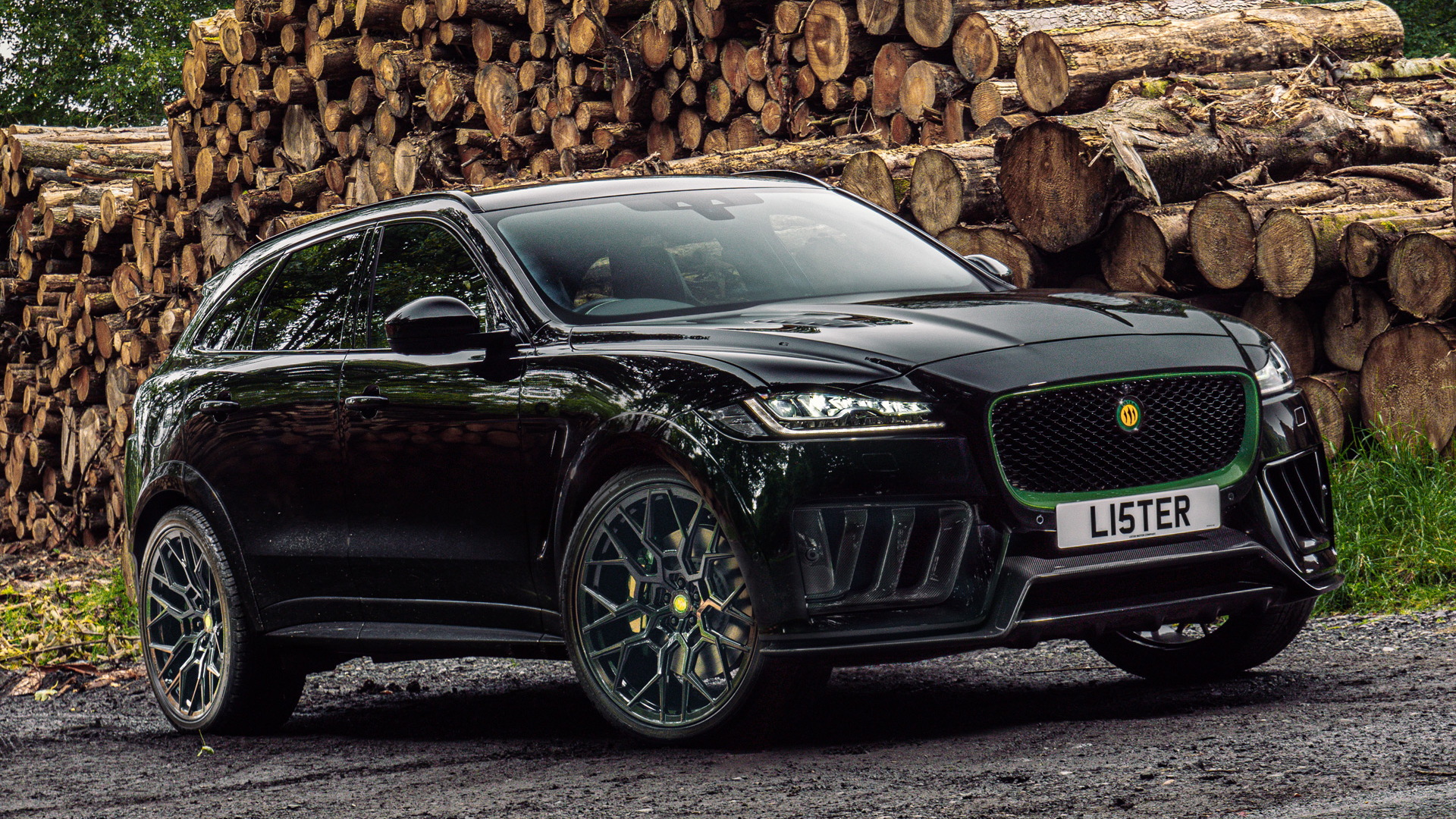 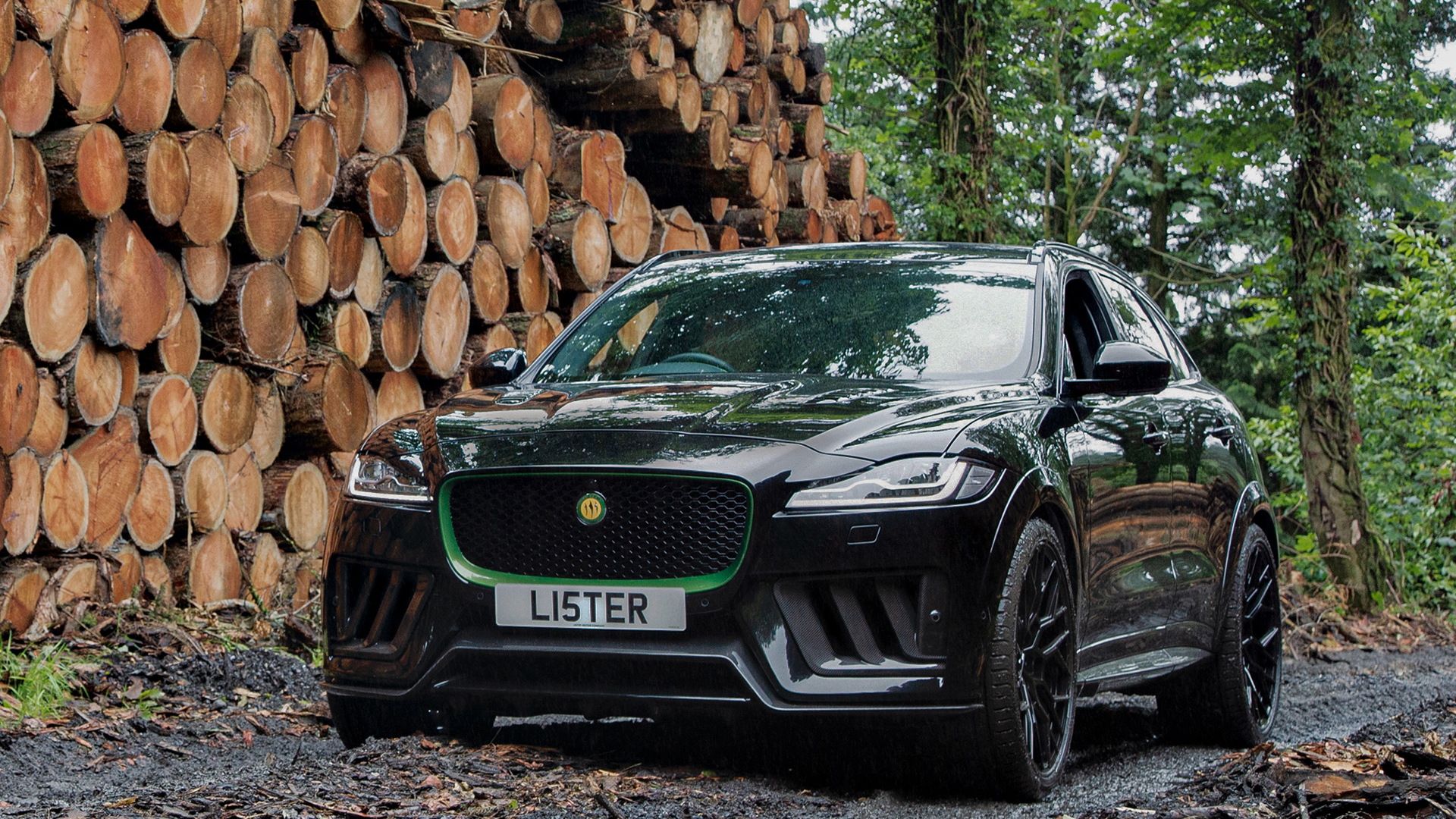 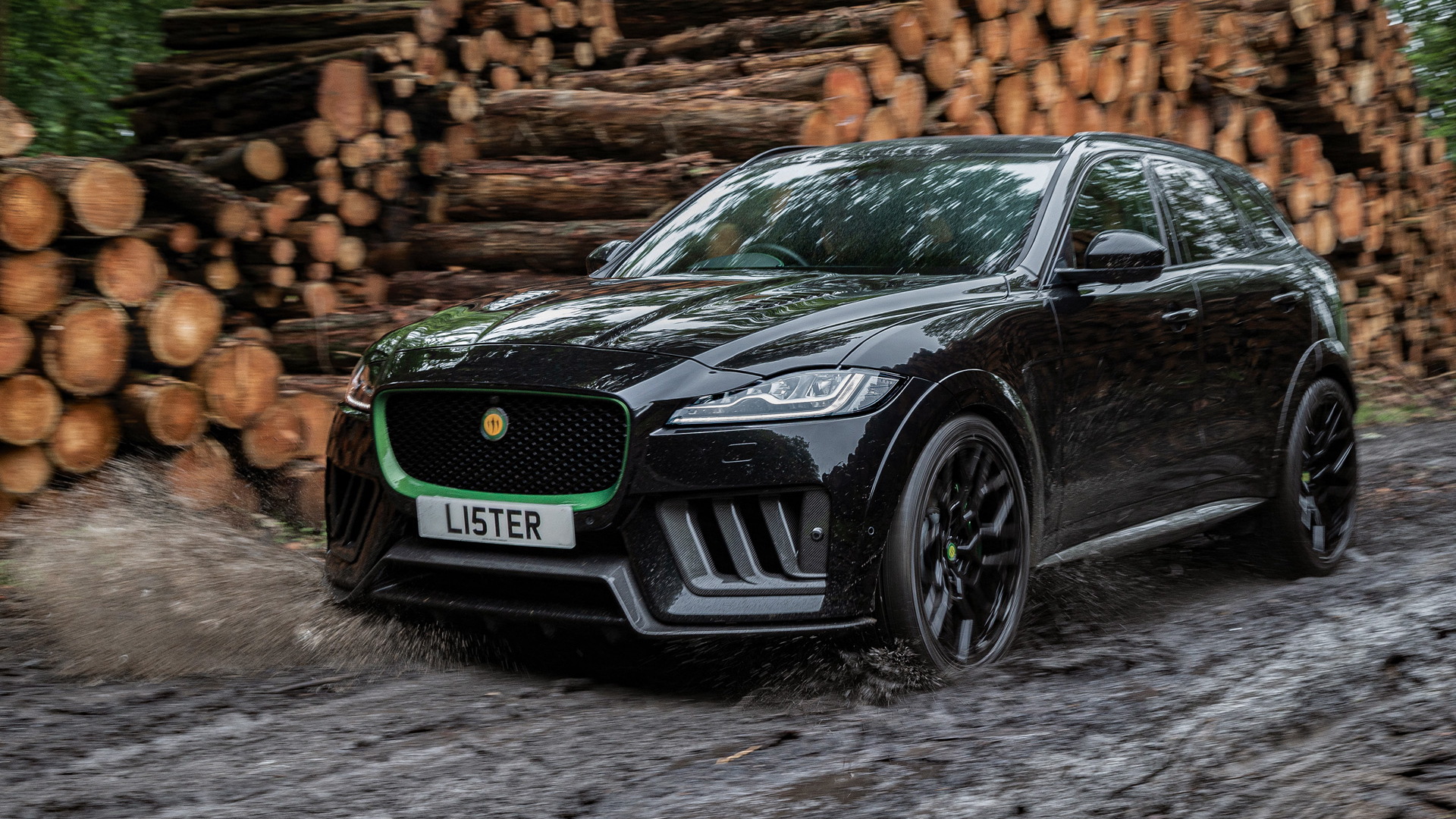 British sports car marque Lister has launched a tuned version of the Jaguar F-Pace, or to be more precise the V-8-powered F-Pace SVR.

Previously labeled a Lightning, and then LFP, Lister has now revealed the vehicle as the Stealth. It's limited to just 100 examples and priced to start at 109,950 British pounds (approximately $144,770).

Sitting alongside the F-Type-based LFT and LFT-C in Lister's growing arsenal of tuned Jaguars, the Stealth is powered by Jaguar Land Rover's familiar 5.0-liter supercharged V-8 but with the output dialed to 666 horsepower and 650 pound-feet of torque.

This makes only the 707-hp Jeep Grand Cherokee Trackhawk and 710-hp Dodge Durango SRT Hellcat more powerful, as far as stock SUVs are concerned, but the Lister is faster than both of them. According to the company, the Stealth needs just 3.6 seconds to sprint to 60 mph and will top out at 195 mph. The next fastest SUV is the Bentley Bentayga Speed which tops out at 190 mph.

Among the powertrain mods are a custom intercooler, upgraded dual supercharger pulleys, a high-flow intake, and a stainless-steel exhaust system with carbon-fiber tips. Lister also installs its own engine mapping.

The Stealth also benefits from a number of chassis and aerodynamic upgrades, plus 23-inch forged wheels from Vossen, and Bridge of Weir nappa leather trim. The interior can be fully personalized, with Lister offering up to 36 color choices and 90 stitching options.

2020 Lister Stealth based on the Jaguar F-Pace SVR

Lister is looking to transform itself into a semi-official performance arm of Jaguar, similar to what Alpina is to BMW and AMG was to Mercedes-Benz before being brought in-house, so we will likely be treated with more Jaguars tuned by Lister in the coming years, including possibly the I-Pace.

The good news is that Lister isn't giving up on its standalone models. The company is still churning out continuation versions of its famous Knobbly race car, and it has a supercar in the works to succeed its Storm supercar of the 1990s.

Developing the new supercar requires a lot of funds, which is why Lister has turned to tuning Jaguars in the meantime. There is also the historical connection as Lister's past cars have typically run Jaguar powertrains, including the Storm which featured a 7.0-liter V-12 from Jaguar's XJR-9 prototype race car. Lister's previous owner also tuned Jaguars, specifically the XJS.