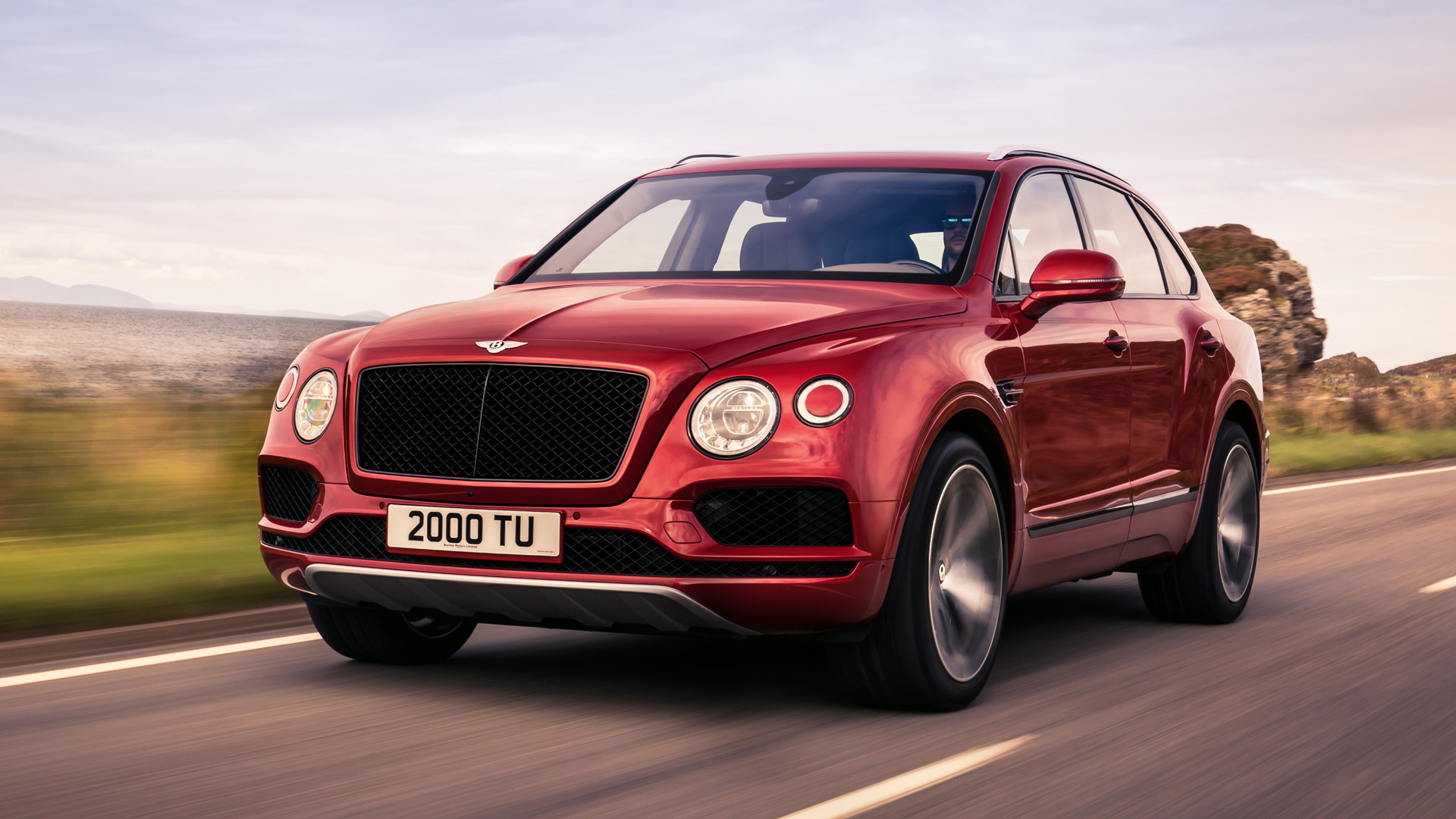 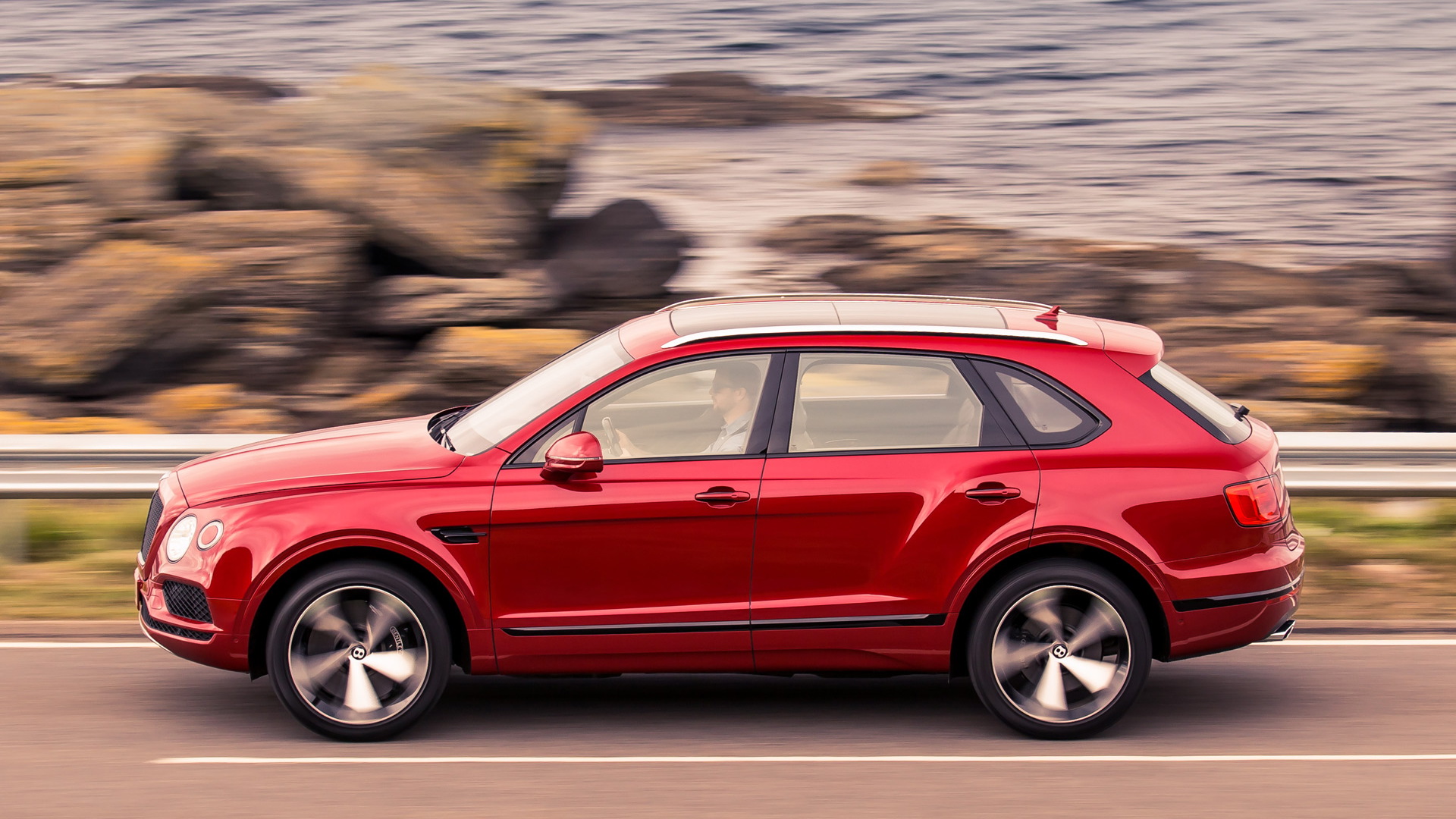 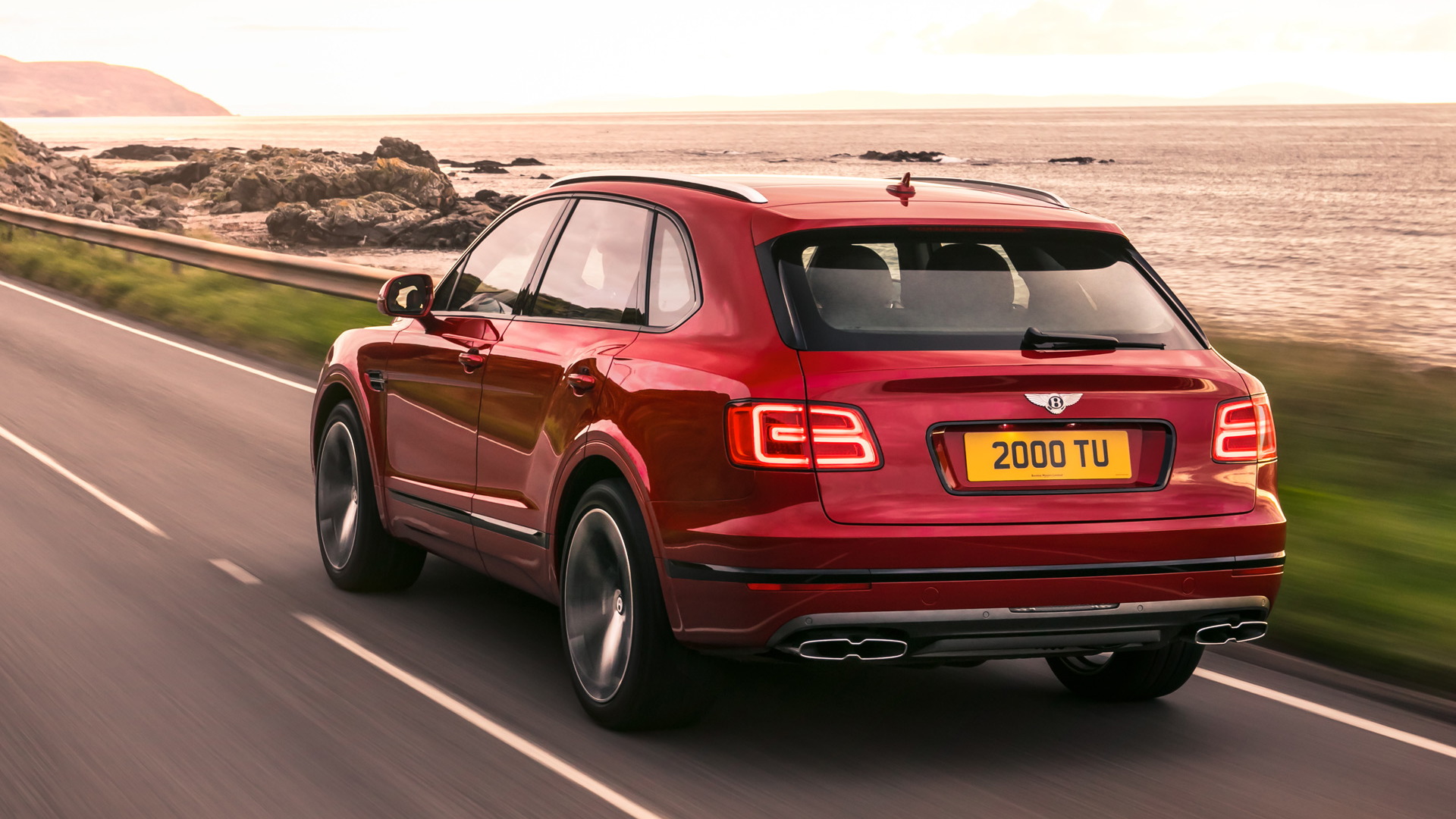 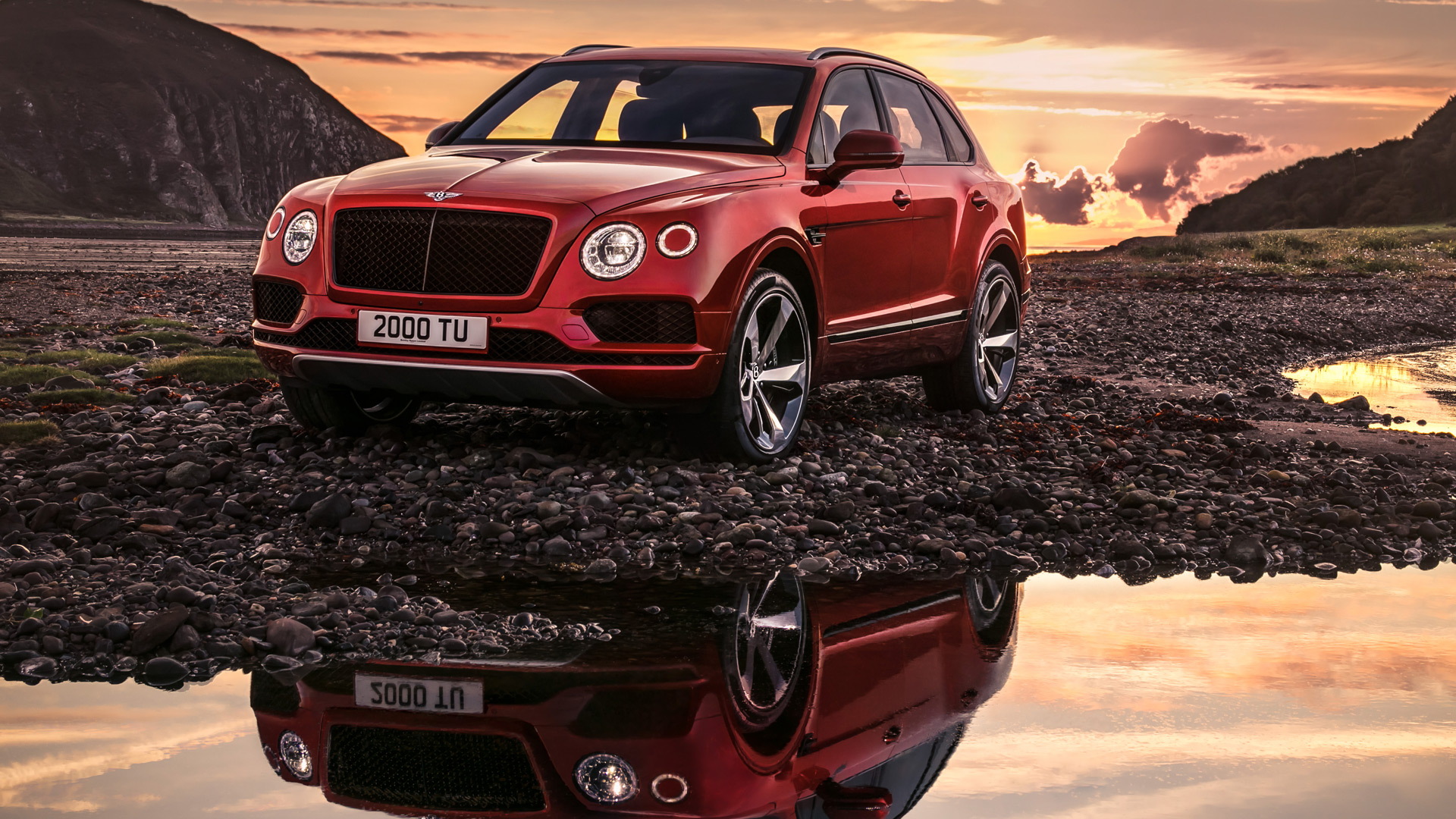 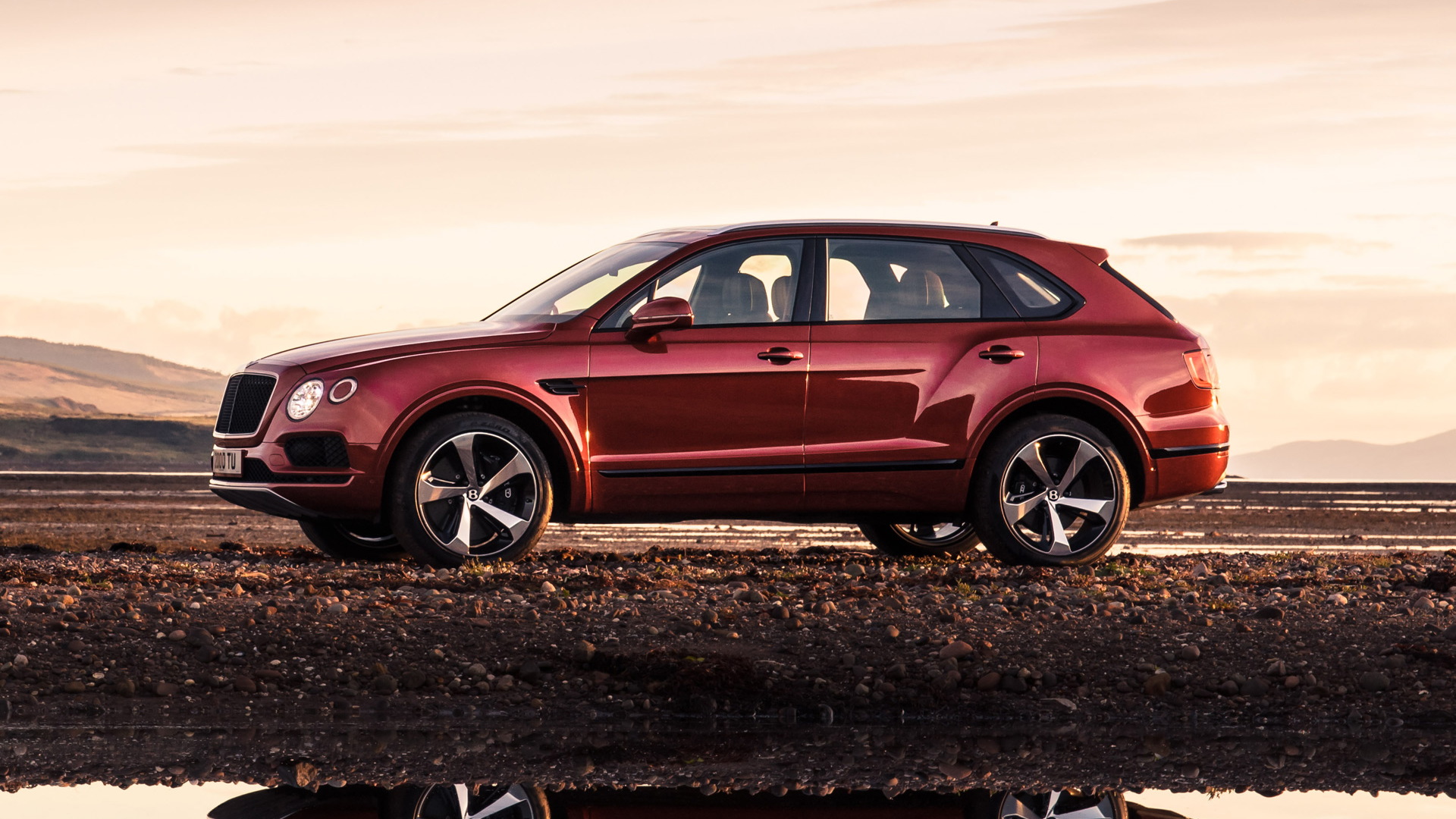 As much as we love a good V-12, it's often the case that a V-8 will suffice. That's certainly true with Bentley's Continental GT where the lighter weight of the V-8 over the car's 12-cylinder option (in this case a W-12) makes the handling sharper and more agile. And we bet the same will be true in the case of the Bentayga which has just spawned a V-8 option of its own.

Revealed on Friday ahead of a likely debut at next week's 2018 North American International Auto Show in Detroit, the Bentayga V8 sports a 4.0-liter twin-turbocharged V-8 delivering 550 horsepower and 568 pound-feet of torque. The engine is mated to an 8-speed automatic and hustles the big SUV to 60 mph in 4.4 seconds and to a top speed of 180 mph.

In comparison, the W-12-powered Bentayga has 600 hp and 664 lb-ft on tap, which is enough for 0-60 mph acceleration in 4.0 seconds and a top speed of 187. Bentley also offers a Bentayga Diesel (also V-8-powered) outside the United States and this model has 429 hp and 664 lb-ft, which sees it hit 60 mph in 4.6 seconds and top out at 168 mph. A Bentayga Hybrid is also coming soon, though no specs for this model have been released.

Apart from the noise the various Bentayga models make, there's not much differentiating them. However, fans of the brand will recognize the figure-8 shape of the Bentayga V8's exhaust tips, as well as the vehicle's distinct black and chrome grille. And reflecting the Bentayga V8's role as the most sporting of the SUVs, Bentley offers the vehicle with a carbon-ceramic brake package complete with 10-piston calipers on the front axle. The discs alone are a massive 17.3 inches up front.

Inside, there's Bentley's renowned blend of handcrafted materials and advanced technologies. New styling features include a wood and hide steering wheel and the introduction of a high-gloss carbon fiber dash panel. A suite of electronic river aids, which includes a system for going off-road, is part of the vehicle's tech package, along with an infotainment system controlled by an 8.0-inch touchscreen display. Buyers can also choose between three different sound systems, with the most opulent being a Naim system with 1,950 watts and 18 speakers.

Bentley hasn't announced availability but look for the Bentayga V8 to make its way into showrooms this spring. The starting price should fall somewhere below the $230k sticker of the W-12 model.