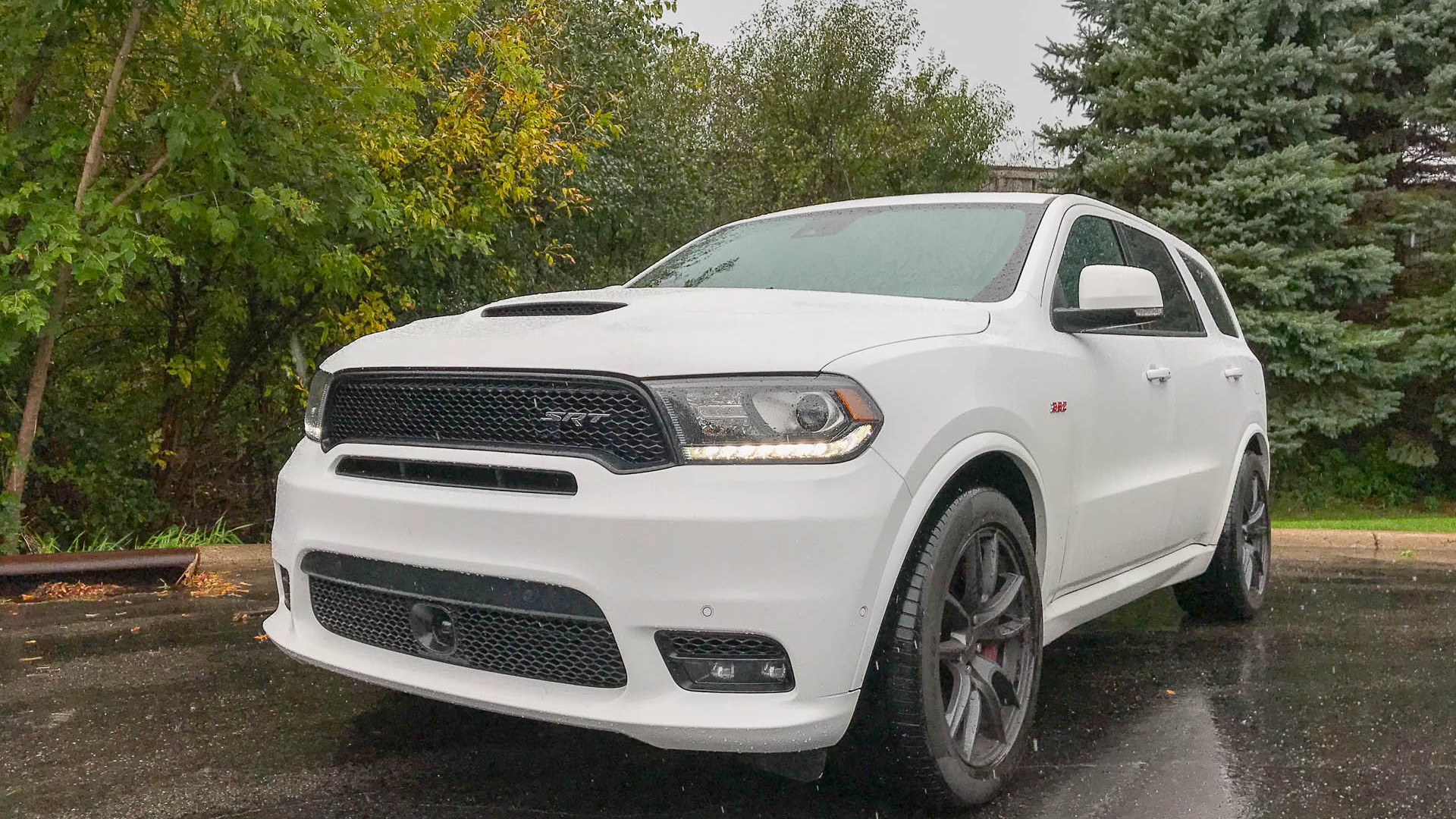 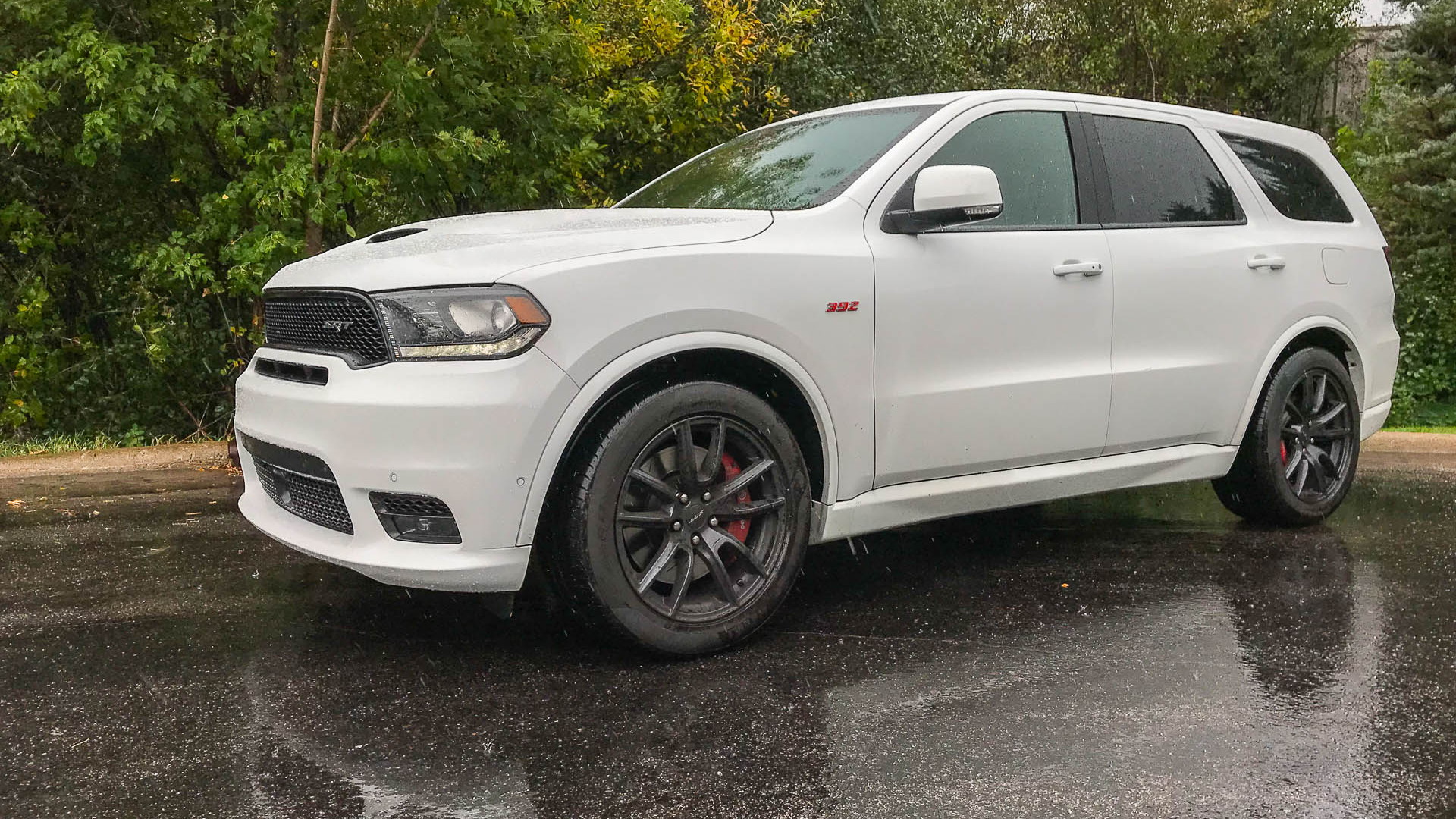 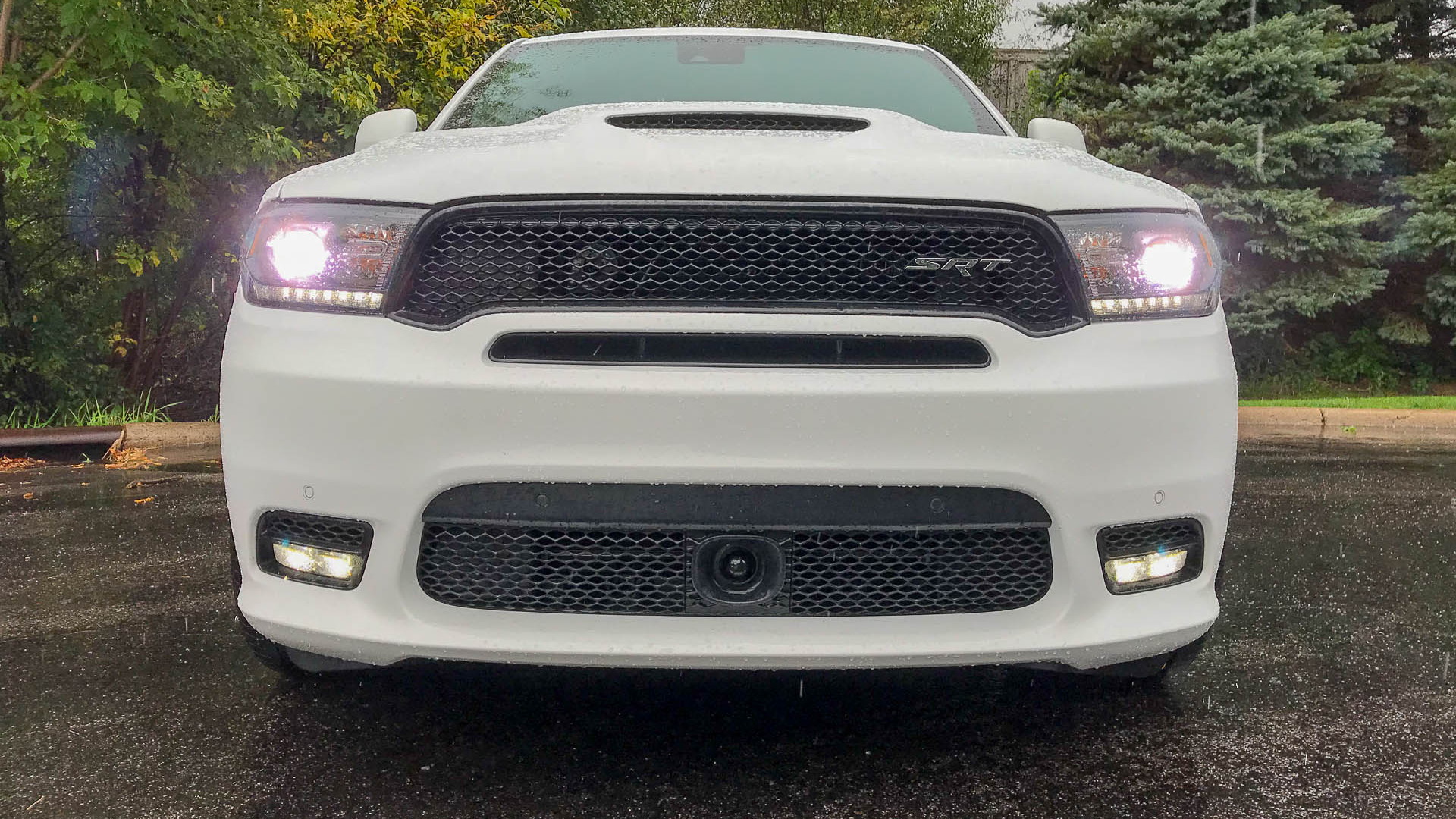 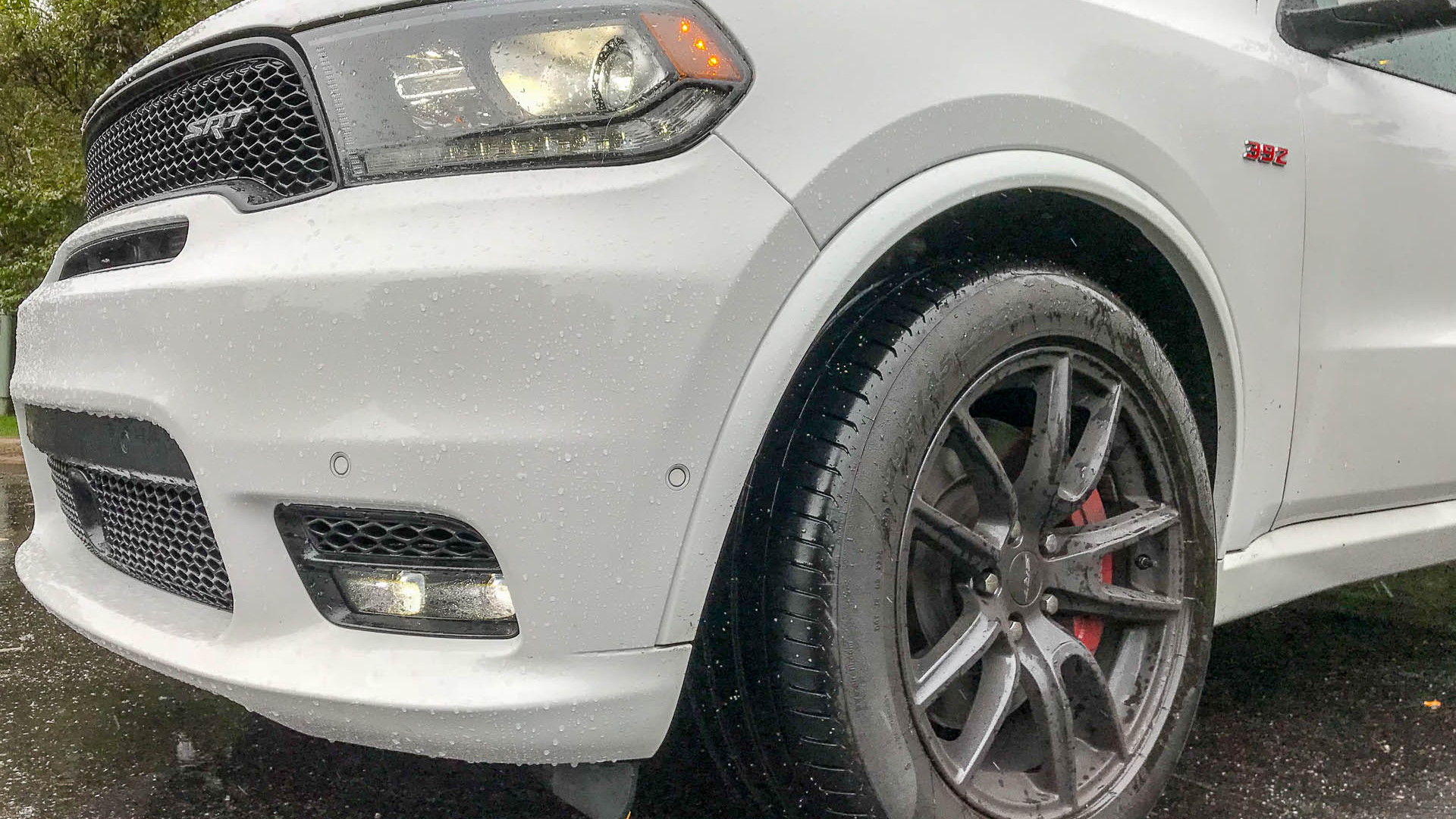 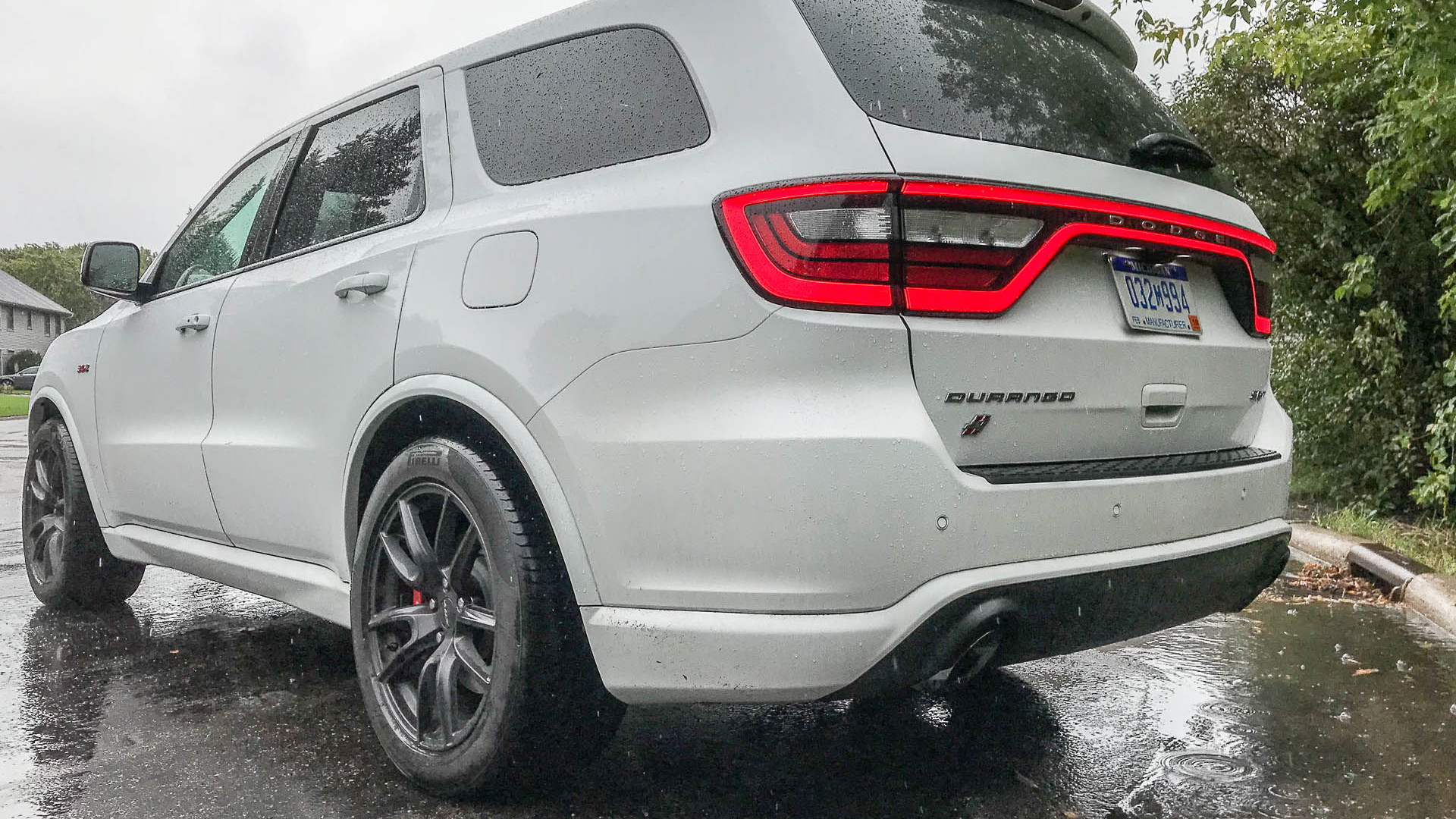 Not anymore. The 2018 Dodge Durango SRT is here, and it's a hot-rod wagon with a lift kit that can also tow your race car—also known as the "gearhead trifecta."

With a long profile, huge interior, 475-horsepower naturally aspirated Hemi V-8 under the hood, the Durango SRT is a mean way to get little Timmy to soccer practice.

Here are 6 things you need to know about the most powerful Dodge Durango you can buy from the factory.

The Durango is already, as my wife puts it: "A blunt, aggressive, masculine looking machine." You're right, dear.

The SRT version amps those attributes with gaping intakes to suck in as much air as possible to cool things in the engine bay. Two air extraction vents on the hood to let hot air flow out of the engine bay, and large 3-inch exhaust tips poking out the rear of the bumper do little to hide this SUVs true intentions of breaching fire. Driving behind the Durango SRT on the road? If you are a proper following distance behind it you'll see the twin 2.75-inch mandrel-bent stainless steel exhaust pipes snaking their way back to the rear bumper.

The tires on the Durango SRT are wide. Really wide. How wide? They stick out past the lip for the front bumper, the front door rockers, rear door rockers, and rear bumper rockers. You read that right, the tires stick out from the rockers. Non-SRT Durangos sport 265/60 (V-6) or 265/50 (V-8) tires in various diameters, but the SRT wears 295/45s, which are 1.2 inches wider. In other words, the SRT's tires are 11.5 percent wider than some other Durango's tires. The three-season Pirelli P-Zeros my Durango SRT tester was wearing (which are the optional tires, Pirelli Scorpion Verde all-seasons are standard) were sticky, stable, and surprisingly quiet for run-flats.

Under the hood of the Durango SRT is the familiar 6.4-liter Hemi V-8 producing 475 horsepower and 470 pound-feet of torque. There's no funny business with turbos or a supercharger, either. This big lug of an engine is naturally aspirated, and builds power progressively through the rev range. If flat torque curves are your thing you'll need to look elsewhere, but the power lurking beneath the hood of the Durango SRT is usable on the street. It's a brute off the line, but you can lug it around town all day long. It also shuts down half the cylinders under light loads turning that massive engine into a huge 3.2-liter 4-cylinder, which makes our day.

It's loud and proud

Those 475 horses breathe freely through that 2.75-inch mandrel-bent stainless steel exhaust system. Put another way: The Durango SRT is loud. Cold start is loud. Accelerating is loud. And idling, while not necessarily loud, it's not quiet.

To say the Durango SRT won't make a stealthy entrance is an understatement.

If getting all the mpg is your thing, the Durango SRT isn't. EPA fuel economy ratings ring in at 13 mpg city, 19 highway, 15 combined. None of those are exactly stellar, though not horrific given the power output. In my testing I averaged 15.5 mpg in mixed driving, saw it settled around 22 mpg when on the highway in 4-cylinder mode, and city driving would net just over 12 mpg. Of course, put your foot into it enough and you'll see far lower than any of those double-digit numbers.

The current generation dates back to 2011 with an important mid-cycle refresh in 2014. That means the packaging and structure is old. You can get active safety tech such as adaptive cruise control, lane departure warnings, active lane control, and automatic emergency braking, but it doesn't fare terribly well in some crash tests. The NHTSA gave it four stars overall, but only three or four for rollover, depending on all- or rear-wheel drive. The IIHS gave it a "Good" score in most tests, except for a worrying "Marginal" score in the tough small-overlap test.

Others surpass the Durango in interior packaging. The Honda Pilot allows for more room, both for carrying passengers, carseats, and cargo. It's also more flexible. Of course, you can't get a V-8—or 475 horsepower—in a Pilot.