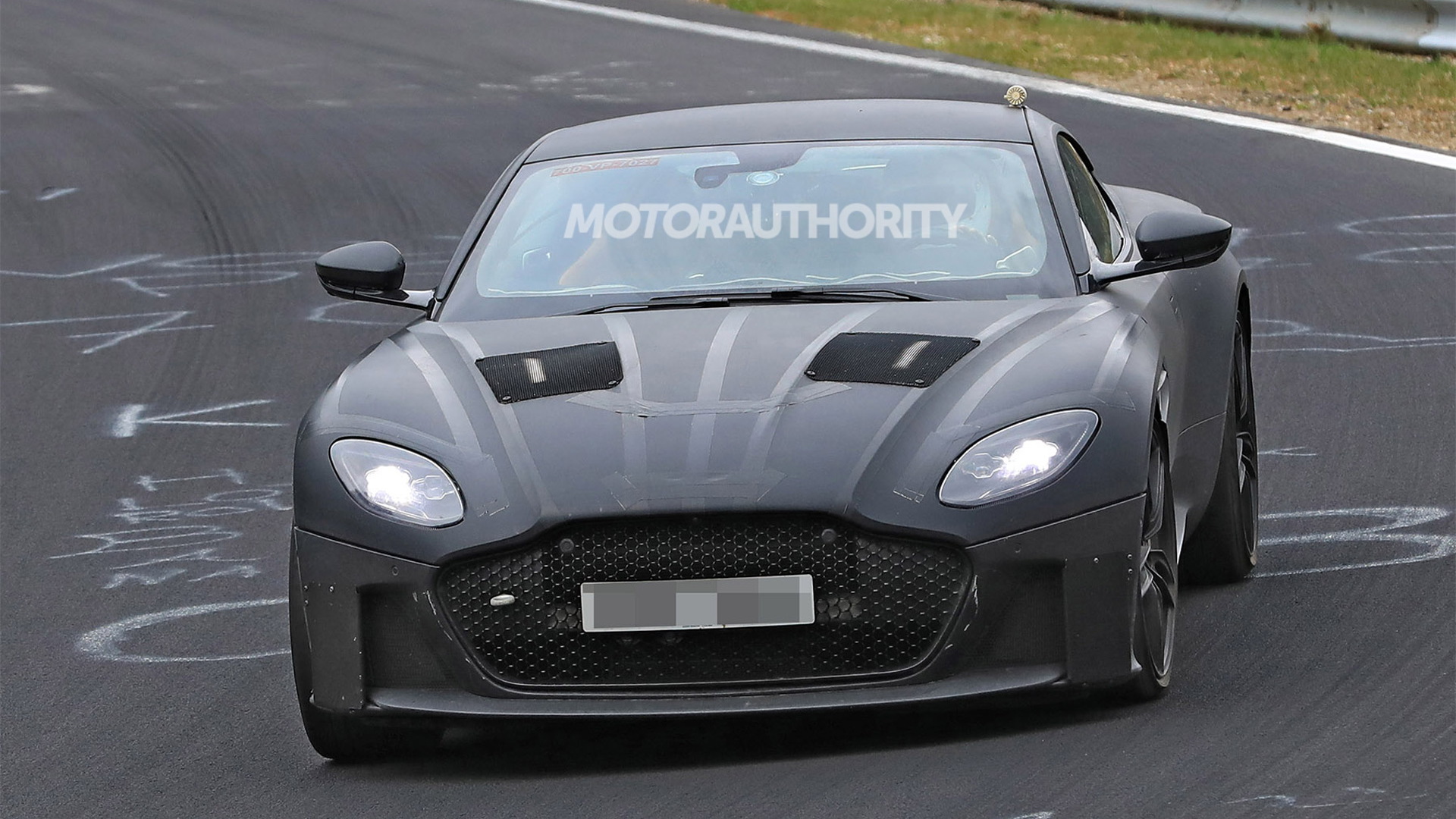 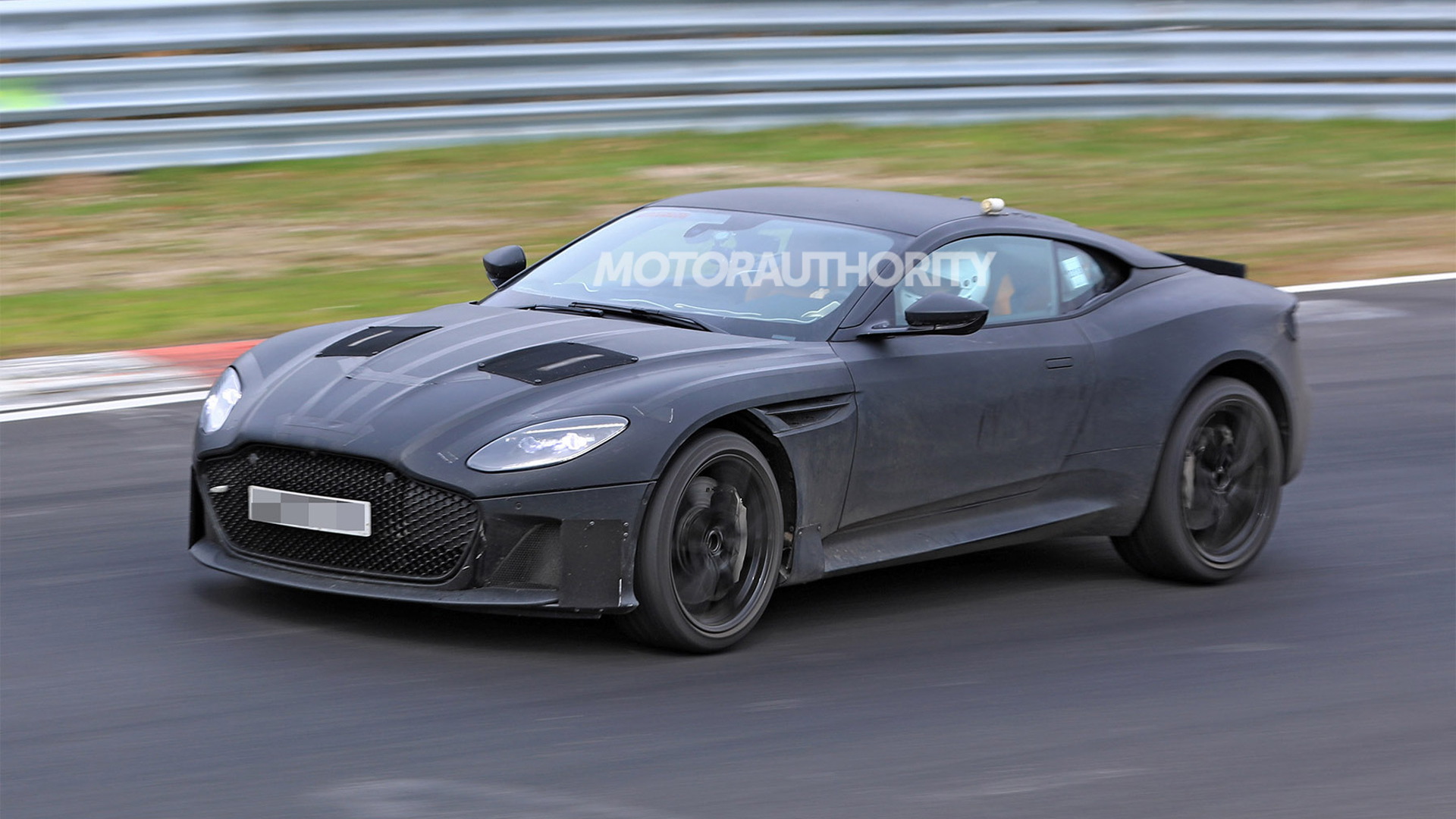 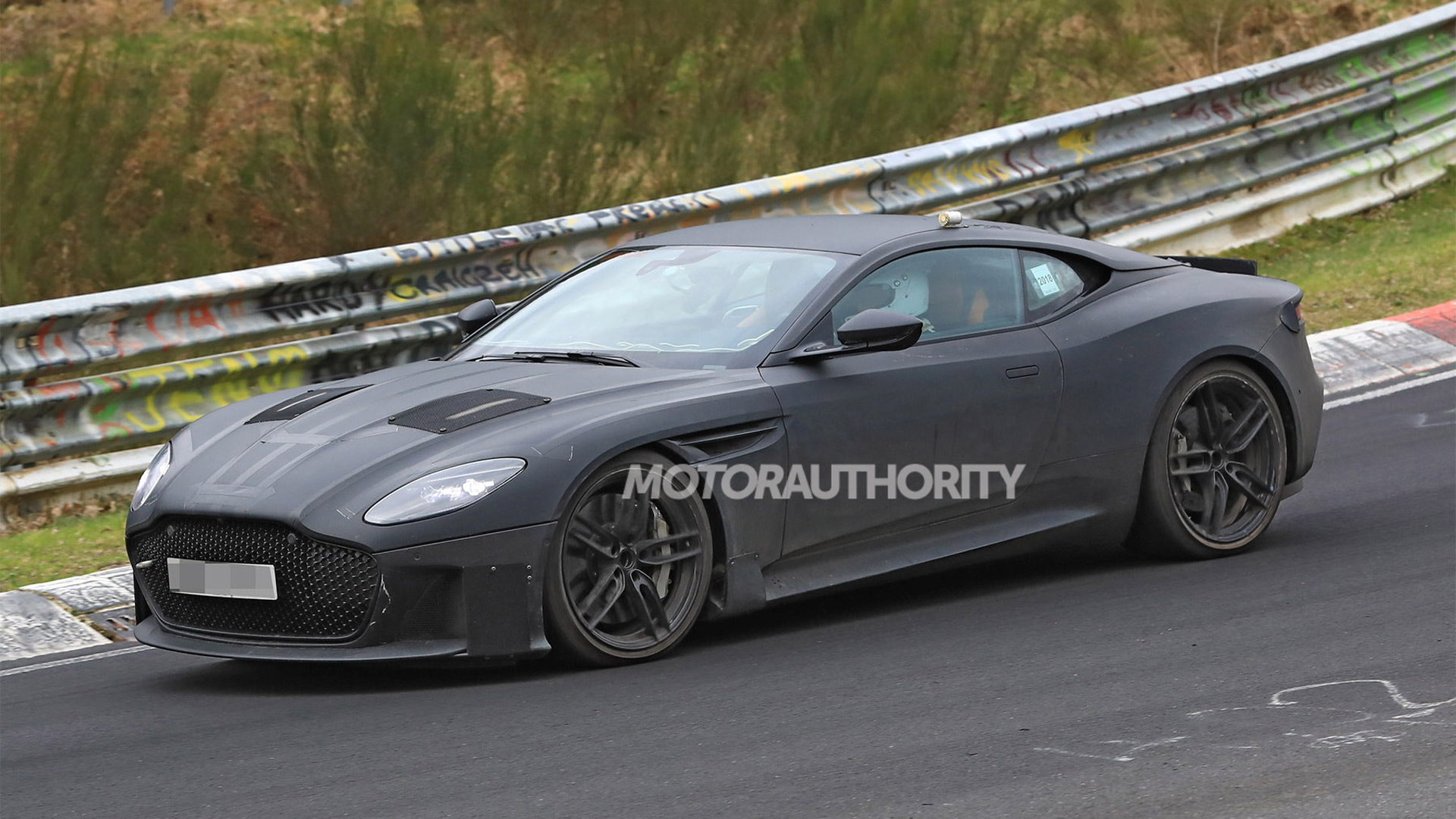 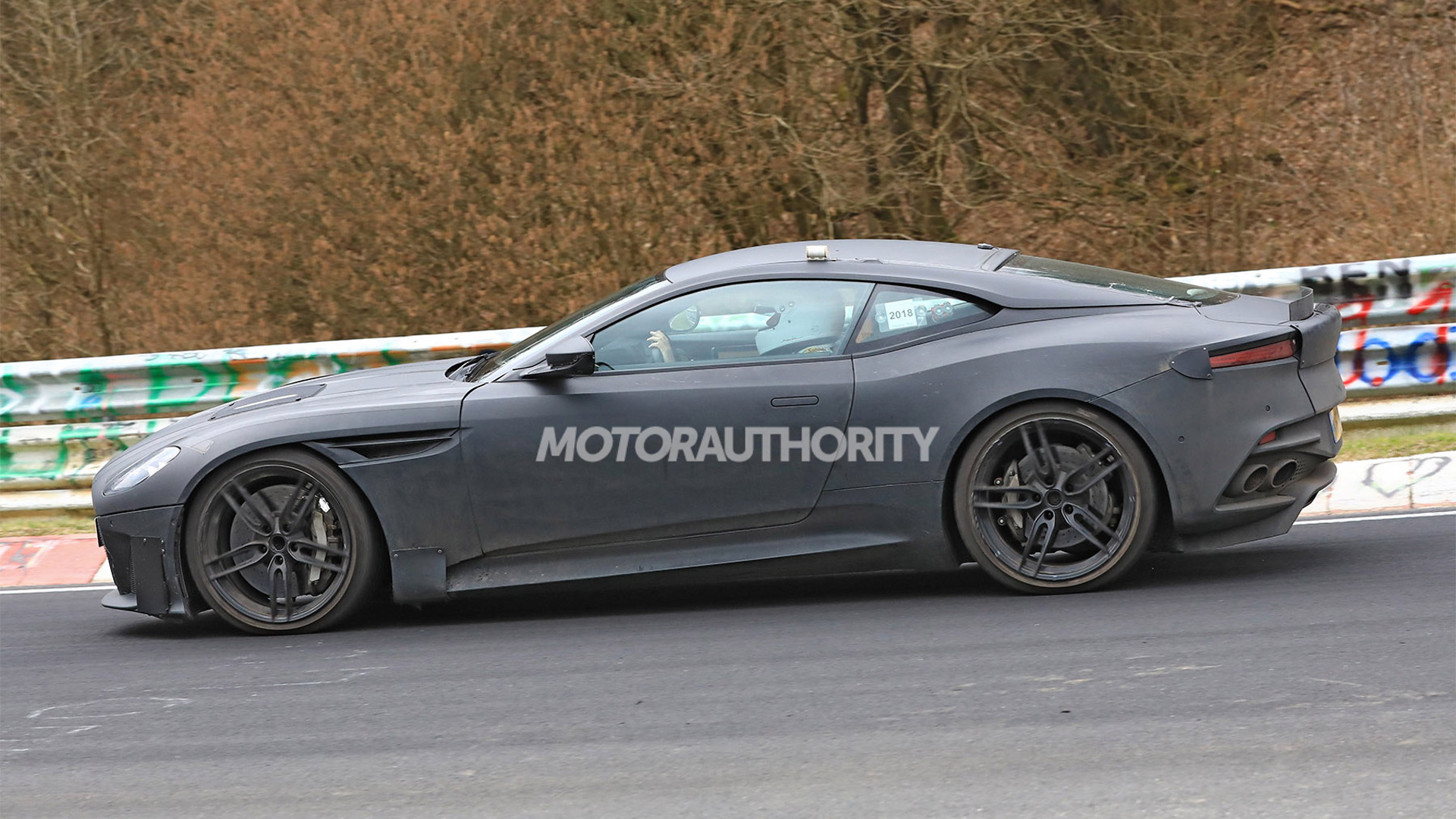 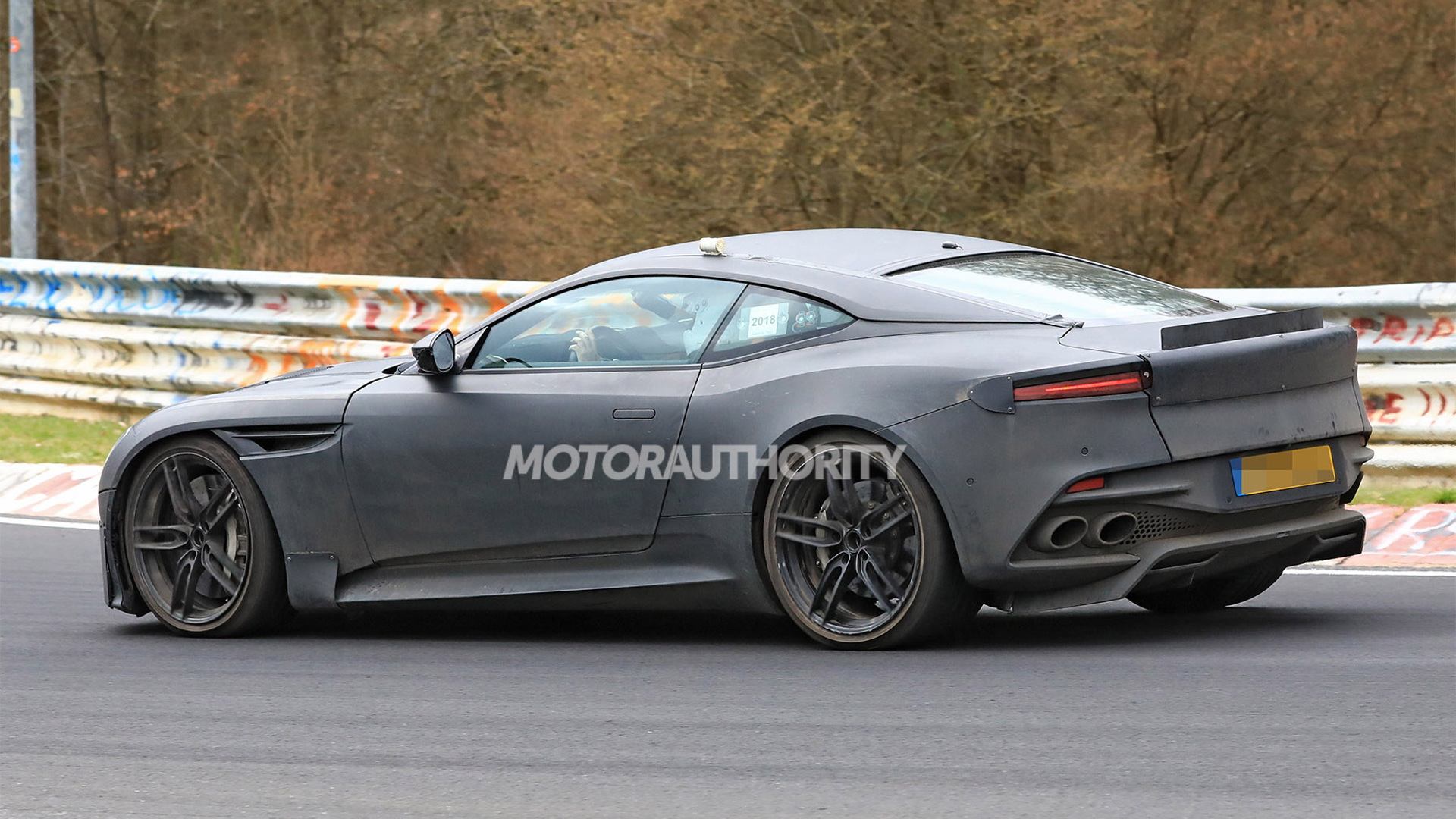 Aston Martin has just unveiled its redesigned Vantage, and the next model in the automaker’s ambitious Second Century plan is a replacement for the Vanquish, prototypes for which are shown here.

However, the car won't be called a Vanquish as earlier thought. Instead, it will be called a DBS Superleggera. The new name, along with a June 2018 reveal date, was confirmed by Aston Martin last month.

Although the various testers look like the DB11, a closer inspection reveals a larger grille, a shorter hood, unique lights front and rear, and a more upright tail. The DBS Superleggera also sits much lower than the DB11, and its wheels are a size up on the DB11’s 20-inch set. At the rear, quad-exhaust tips replace the DB11's dual-tip design.

Under the carbon fiber skin is Aston Martin’s latest bonded and extruded aluminum platform that debuted in the DB11 and has since appeared in the Vantage. In the DBS Superleggera, expect modifications to suit the super GT's more performance-oriented positioning.

The DBS Superleggera should also benefit from unique chassis mods. Everything should be dialed up a notch compared to the DB11, from the suspension to the stability and traction settings to the wheels, tires and brakes. A look at the wheels on some of the prototypes reveal some massive calipers biting equally massive carbon-ceramic discs.

Power will come from Aston Martin’s 5.2-liter twin-turbocharged V-12. The engine delivers 630 horsepower in the latest DB11 AMR but we’re expecting significantly more in the DBS Superleggera. Remember, the car’s main rival will be the 789-hp Ferrari 812 Superfast. Other targets will include the Mercedes-AMG S65 Coupe and Bentley Continental GT Speed.

Inside, things are different to what we find in the DB11. The instrument cowl is new, and the seats and steering wheel are also new. There also looks to be a new touchpad controller in the center stack.

A DBS Superleggera Volante convertible is planned and has also been spotted in prototype form.

And beyond the DBS Superleggera, there are still four models due in Aston Martin’s Second Century plan. The next four will be an SUV in 2019, a mid-engine supercar in 2020, and two Lagonda models arriving by the end of 2022. Along the way there will also be limited-edition models like the Valkyrie and the electric Rapid-E.