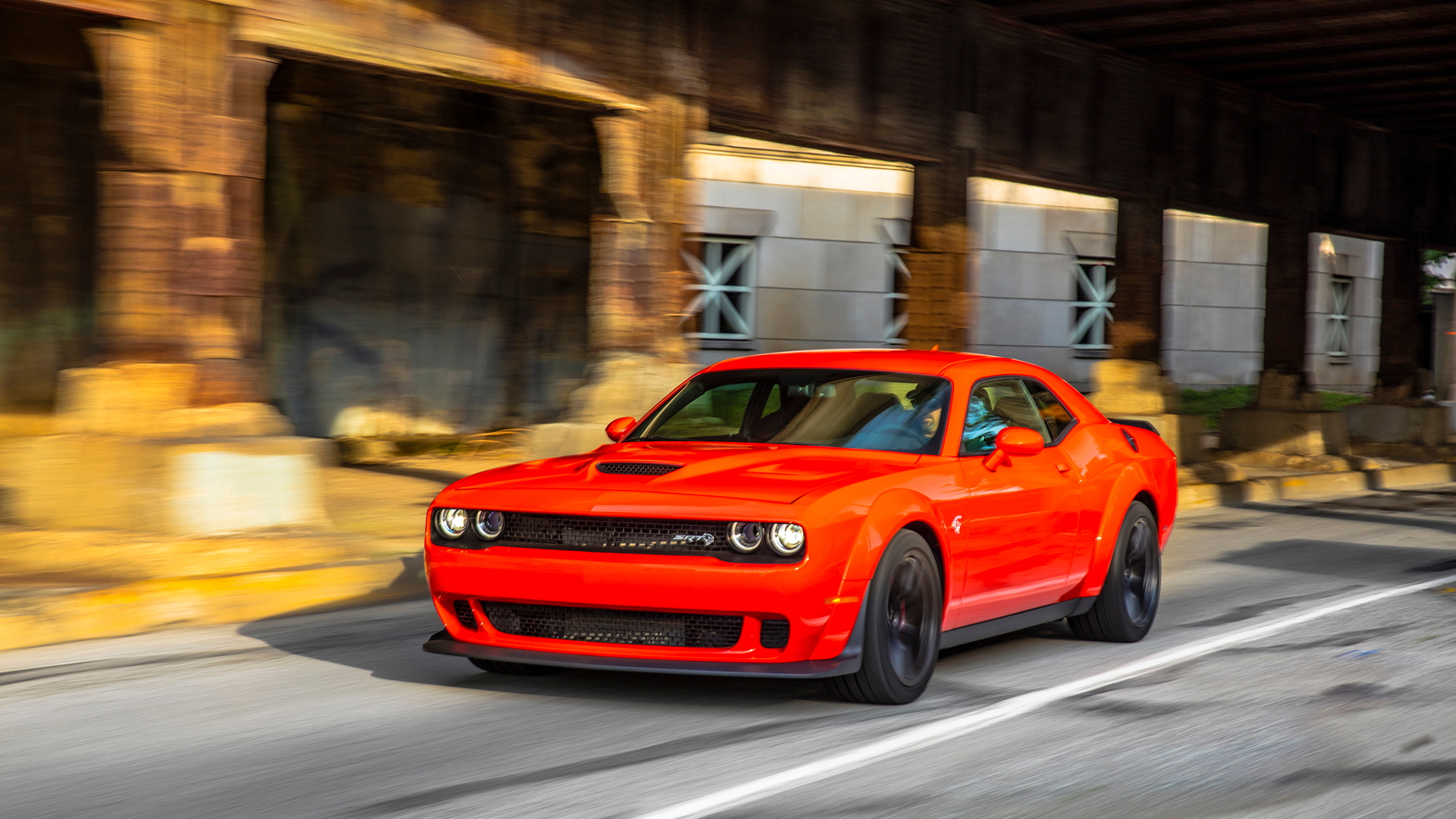 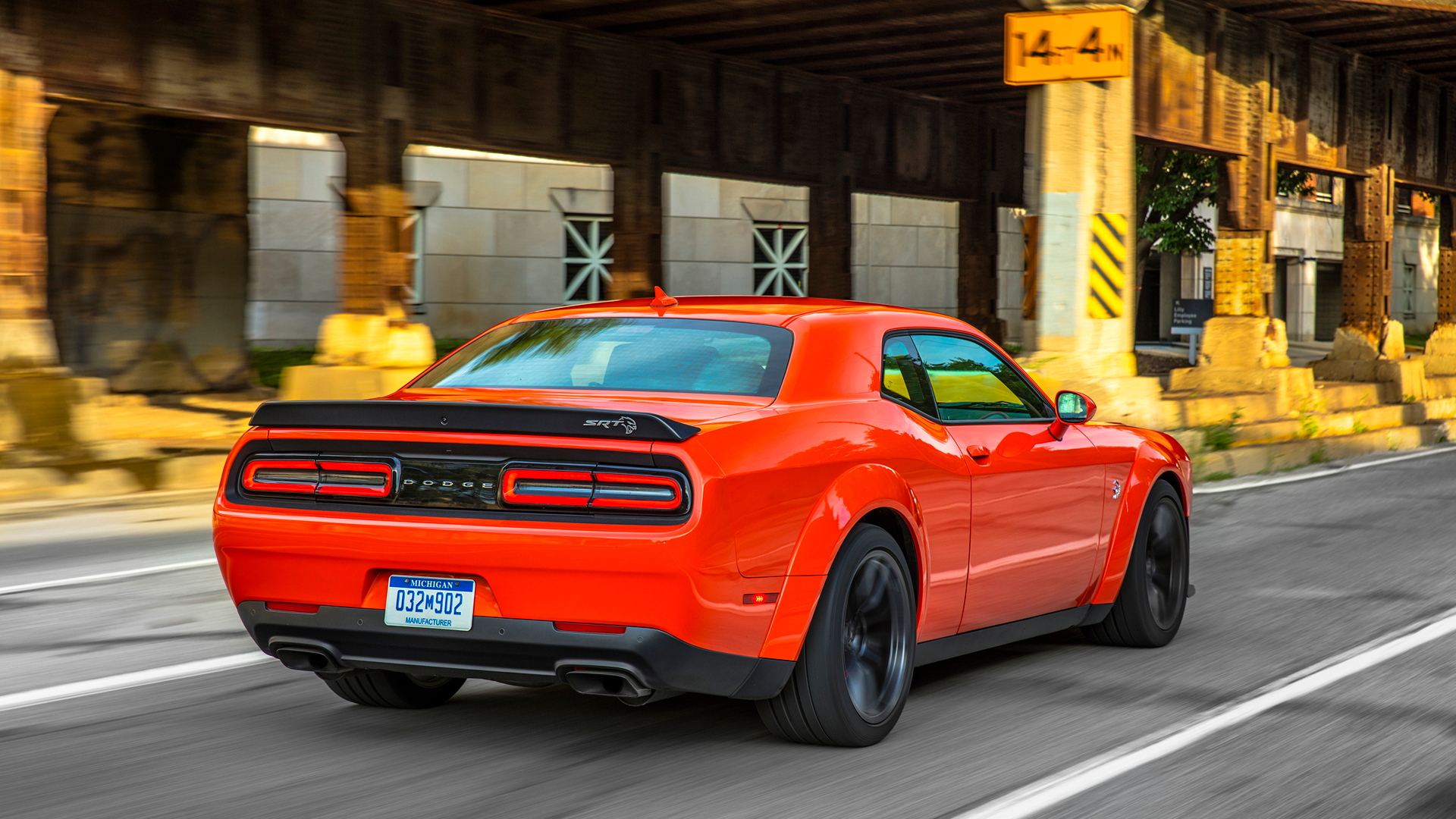 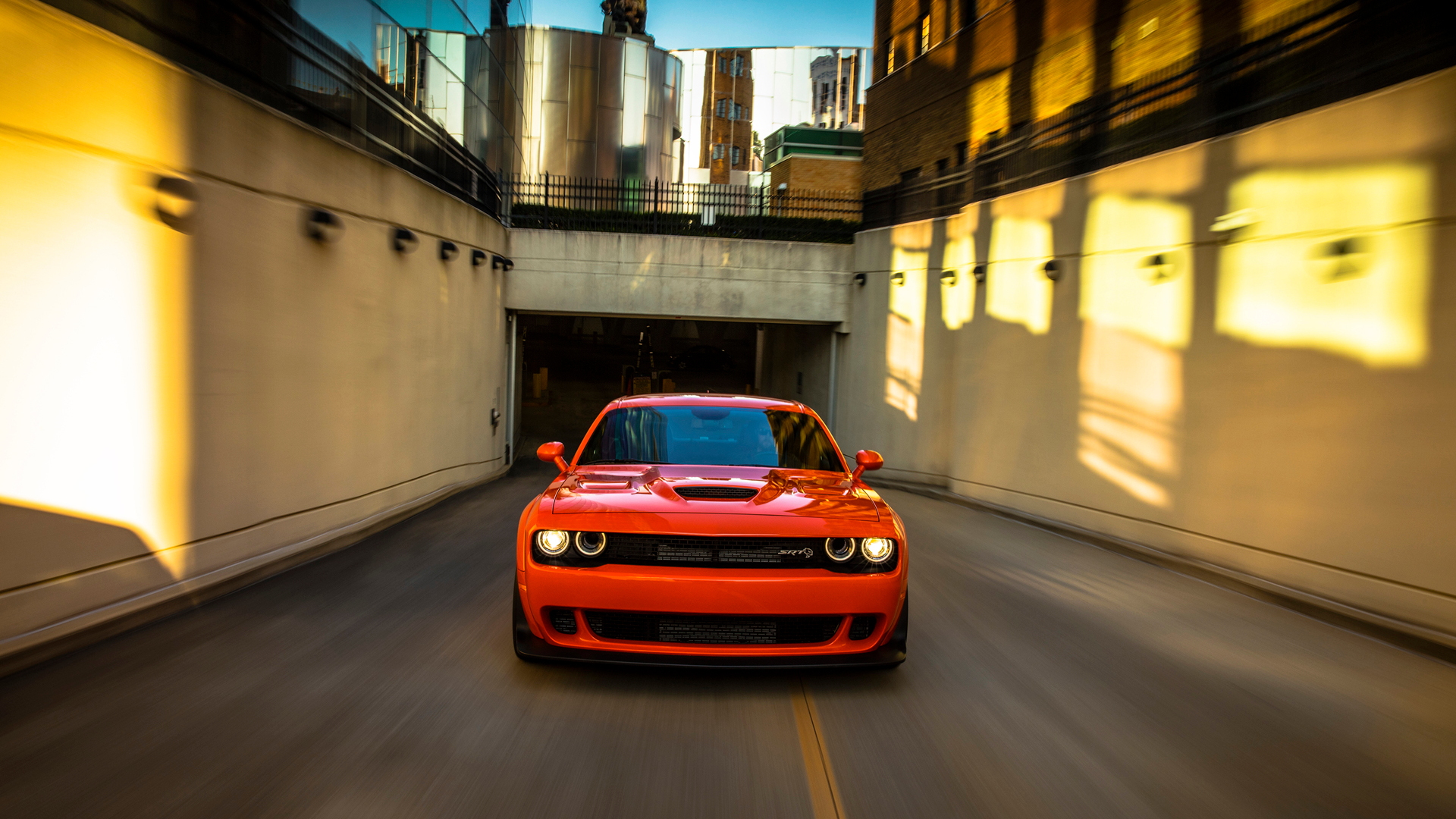 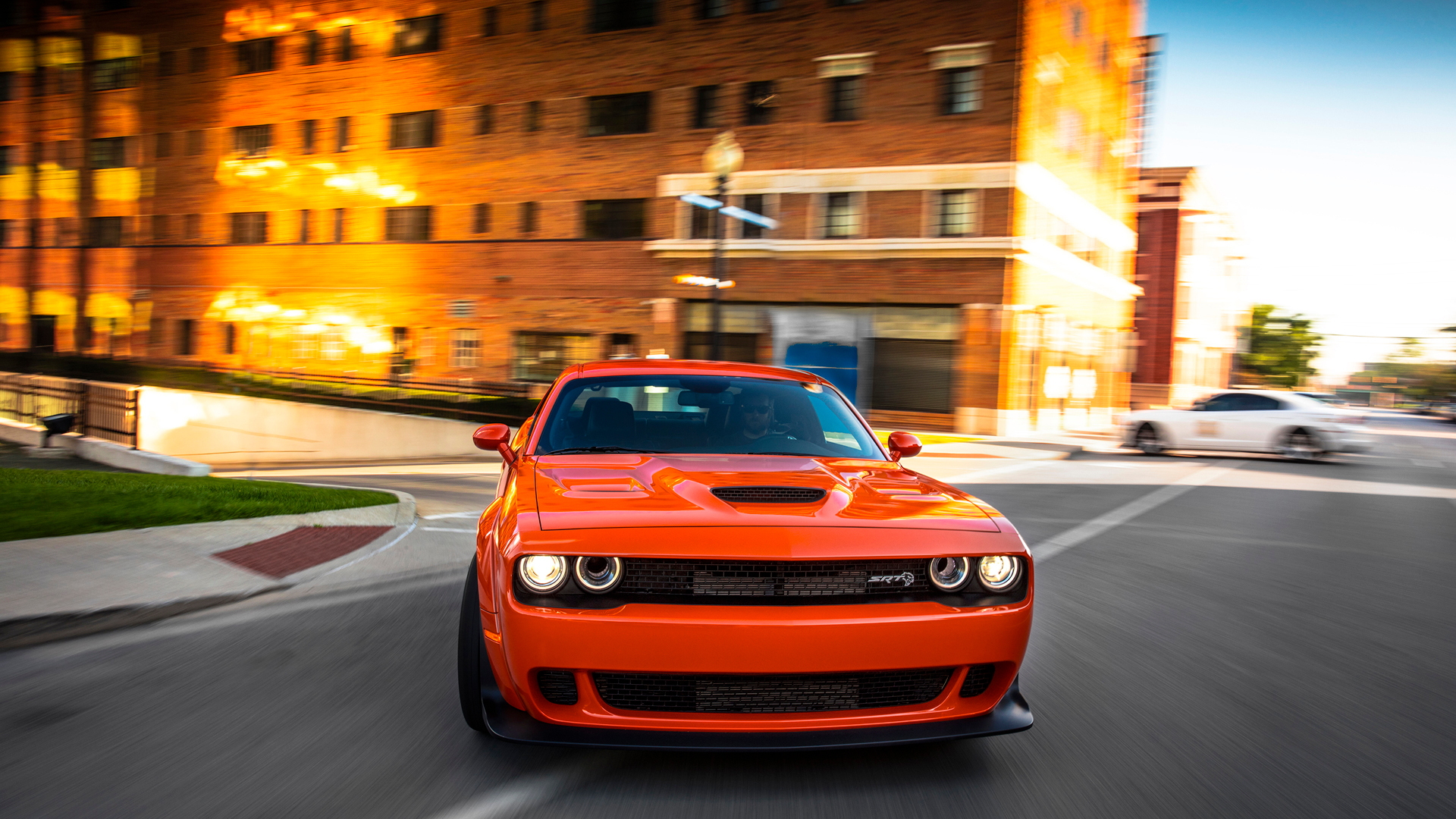 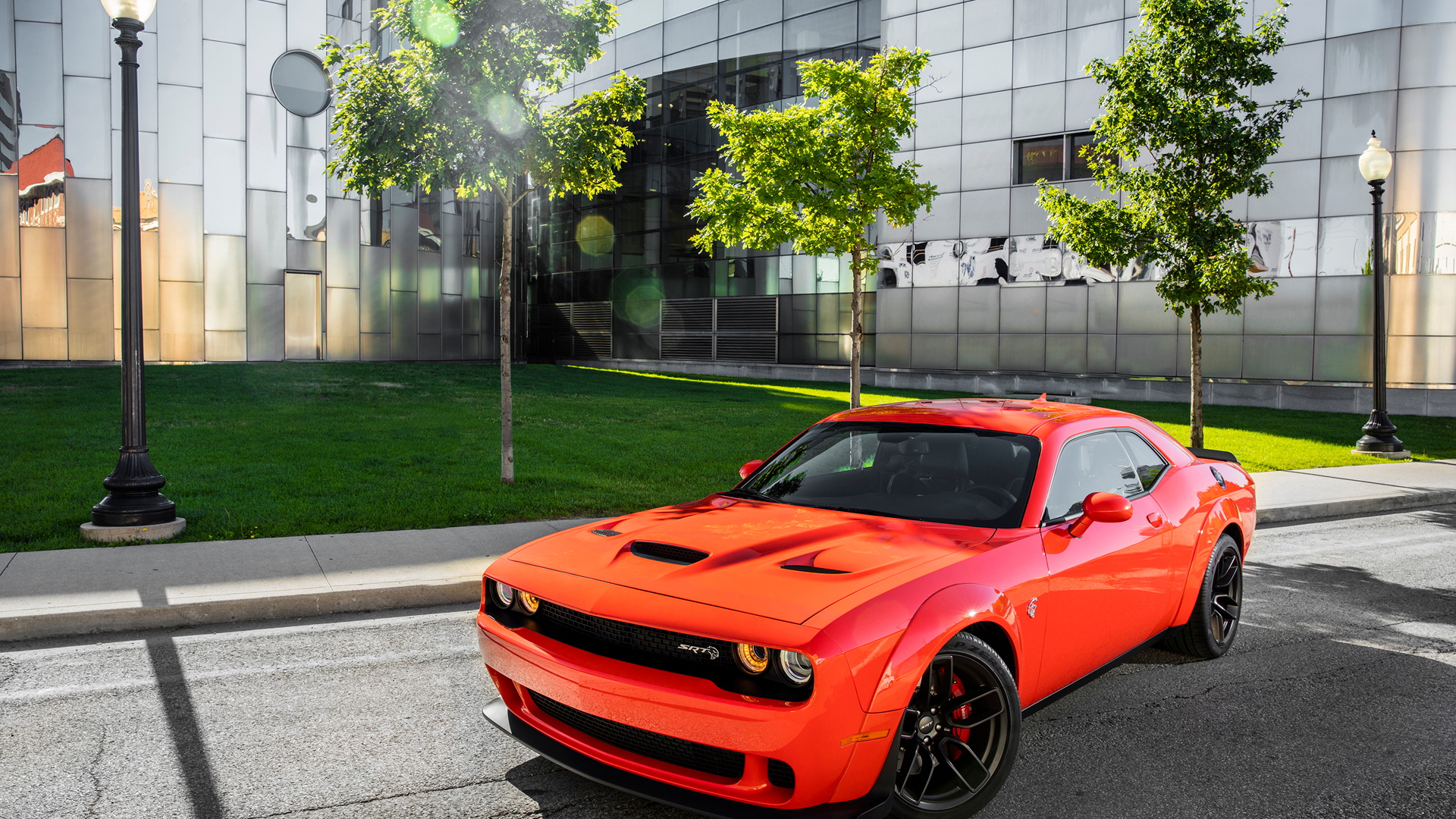 The Dodge Challenger SRT Hellcat is very, very fast. The Dodge Challenger SRT Demon is even faster. So naturally, rather than calling it a job very well done, Dodge is introducing a middle child, blending the looks of the Demon with the standard Hellcat's powertrain and attaching much larger wheels. The result is the Challenger SRT Hellcat Widebody, and like any middle child, it's eager to prove itself. But with incremental improvements and a sizable price increase, it doesn't feel like Dodge has gone quite far enough.

Think of the $72,590 (including a $1,095 destination charge and $1,700 gas-guzzler tax) Hellcat Widebody as an appearance package with some important functional elements. The most obvious changes are to the body, though, with the front fascia, huge front splitter, and imposing flared wheel arches presenting a much more aggressive visual character.

And that figure gets a lot of looks. Although I only drove the Hellcat Widebody on public roads briefly and in heavy traffic—from Lucas Oil Raceway where I drove the Demon back to the event hotel in downtown Indianapolis—my white tester drew constant stares at stoplights. I'm still not sure if this is a good looking car, but there's little arguing that the general public is attracted to its menacing new figure (whether that's because of its Demon-aping body kit, we'll let you decide).

Functional changes create modest performance improvements—the Widebody's steering is fully electric, a first for the Challenger line. Like many other EPS systems, Challenger Widebody owners can choose from three separate driving modes in the SRT Drive Modes system to increase the steering effort.

The bigger change, though, hides under those swollen wheel arches. Dodge added 305/35 Pirelli P-Zero tires at all four corners and then shod them in handsome 20-inch wheels. The impact on performance is dramatic—Dodge claims the wider tires slashed 2 seconds from the Challenger Hellcat's time on an undisclosed 1.7-mile track while improving lateral grip on the skidpad by 0.04 G.

The much wider tires also address complaints about the standard Challenger Hellcat's lack of rear-end grip under hard acceleration. They help take 0.3 seconds off the 1/4-mile time, dipping the Hellcat Widebody into the high 10-second range (10.9, to be precise), while the sprint to 60 mph is slightly faster, moving from 3.5 to 3.4 seconds. On the flipside, the Widebody drops to 195 miles per hour on the top end.

Of course, we must take Dodge's word here, because my six laps of Indianapolis Motor Speedway's infield road course just weren't enough to draw firm conclusions on the increased grip. The reality is that while the Hellcat has had issues with grip, lateral grip was rarely a big issue because the suspension tended to give up before the tires would.

No, the Hellcat really needed the grip at the rear axle, to better handle the 6.2-liter, supercharged V-8, 707 horsepower, and 650 pound-feet of torque. Off the line or at speed, the normal Hellcat will happily spin its tires under hard throttle and I was eager to see what the wider rubber would do to solve that problem. But while a race track is good for testing lateral grip, the perfect pavement and a general inability to stop in the middle of a lap meant it didn't work for testing real-world improvements in controllability.

The move to EPS, though, produces more palpable effects. The Hellcat's steering feels weightier and more substantial, two traits that we want in such a big vehicle. It's also more precise and confident in a dynamic setting. The ability to shift and cycle the steering through the different modes, too, makes life easier in urban settings. Feedback, though, still isn't very good. This isn't so much an EPS issue, either, as the steering on the standard Hellcat (or any other LX product) has never been terribly communicative.

And yes, that's about it. The Widebody retains the same powertrain, suspension, and brakes, which is no bad thing—the Hellcat remains one of the most enjoyable vehicles on the market, no matter how wide it gets. But I'm struggling to get over its $7,300 price premium. The Widebody kit is remarkably cool (although it's not exactly attractive), and the security that comes from wider tires is satisfying (or at least I'm betting it will be once I can spend some real time on the street), but $7,300 is a lot of cash, even in the world of $70,000 muscle cars. Unless you're in love with the look, I strongly suggest cross-shopping the Hellcat Widebody with its standard-bodied counterpart before signing on the dotted line.