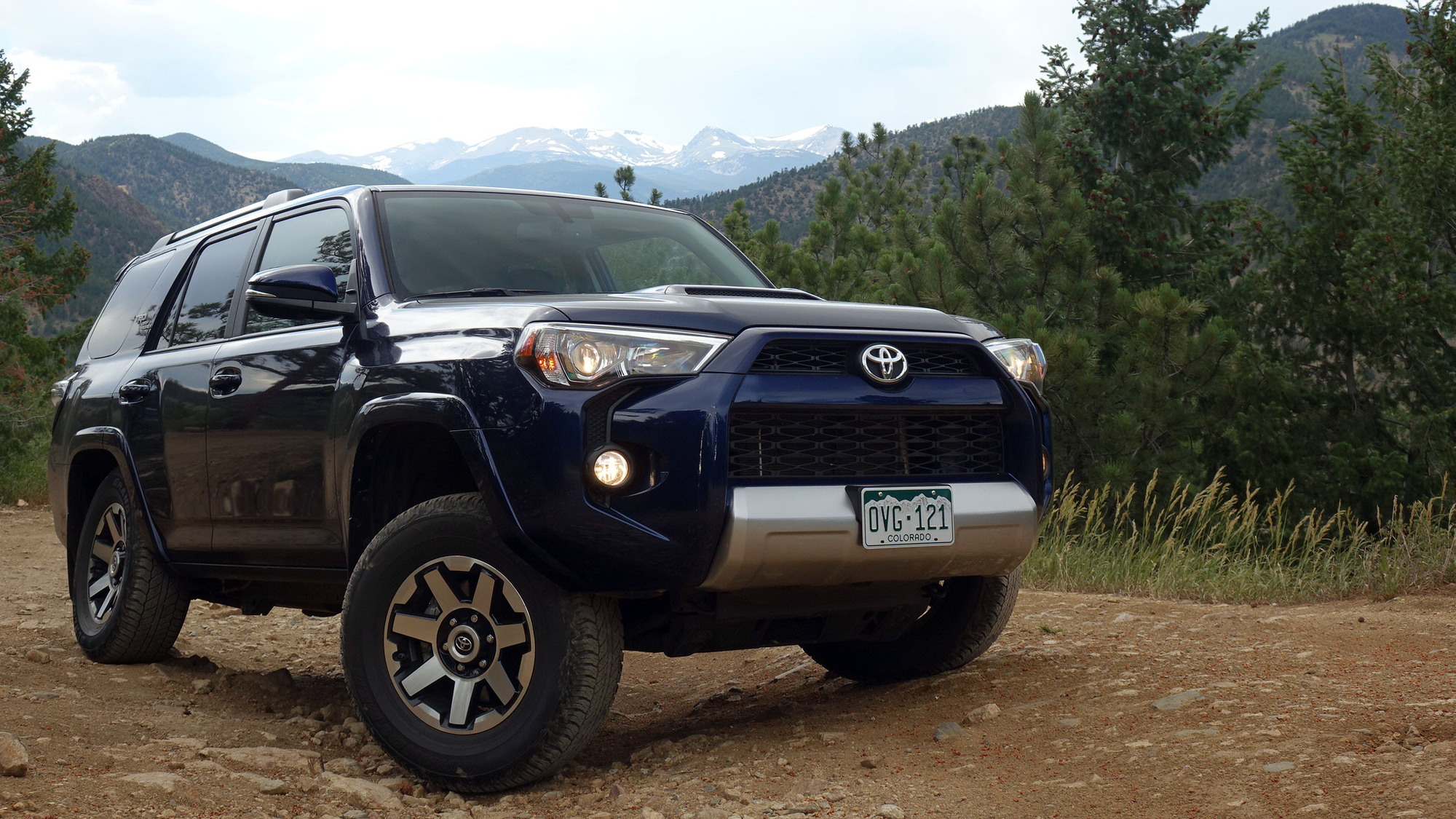 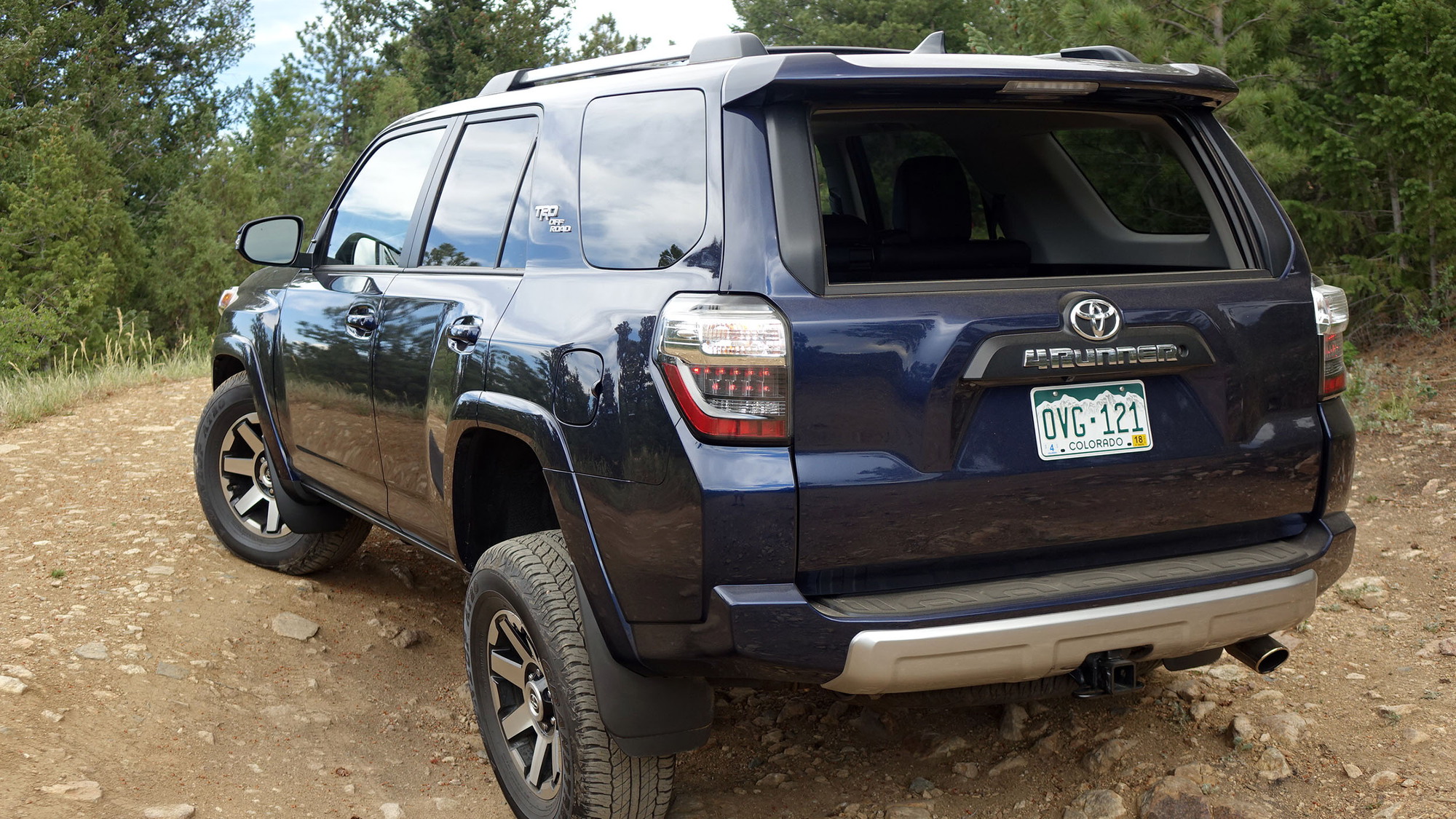 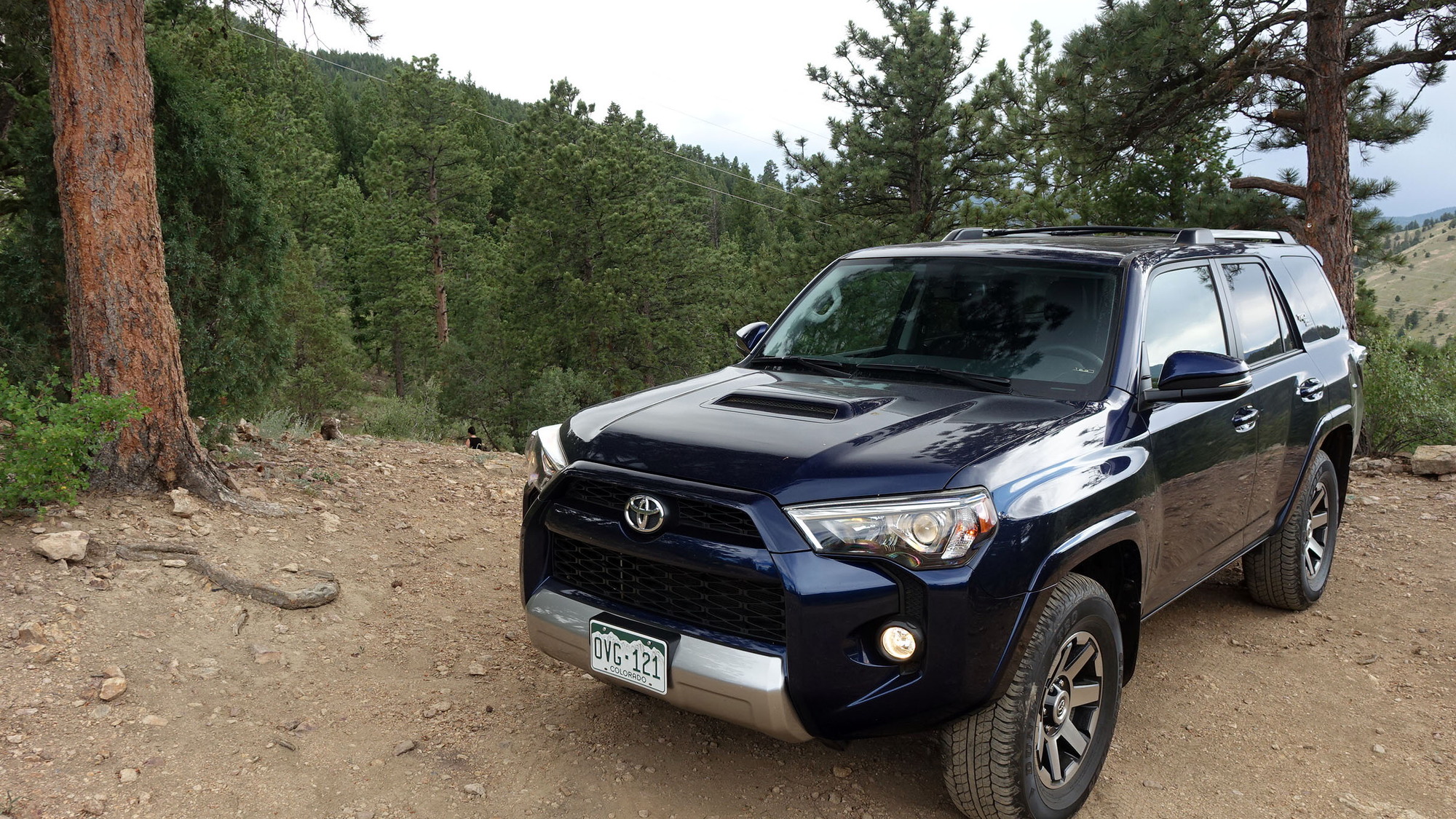 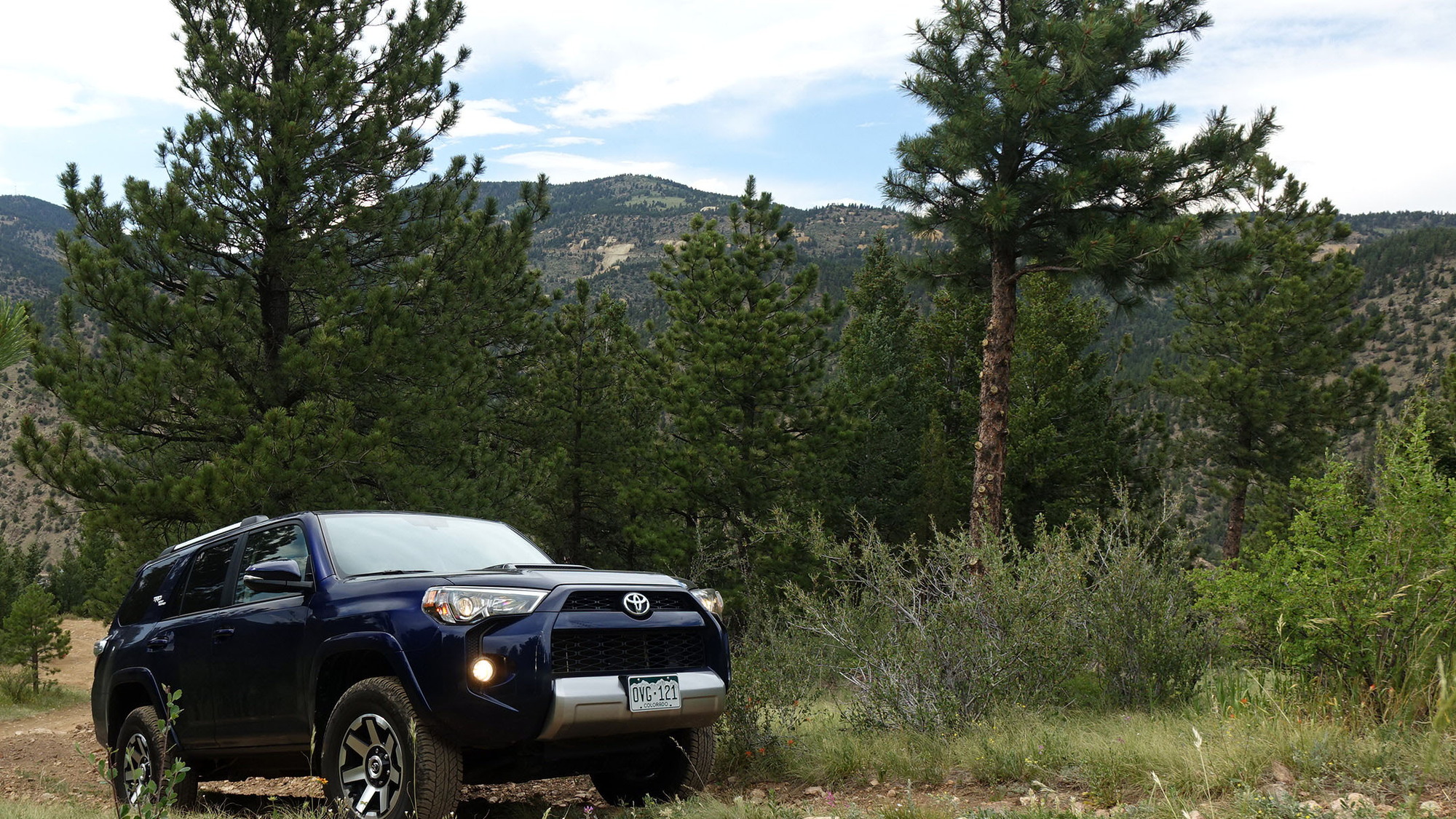 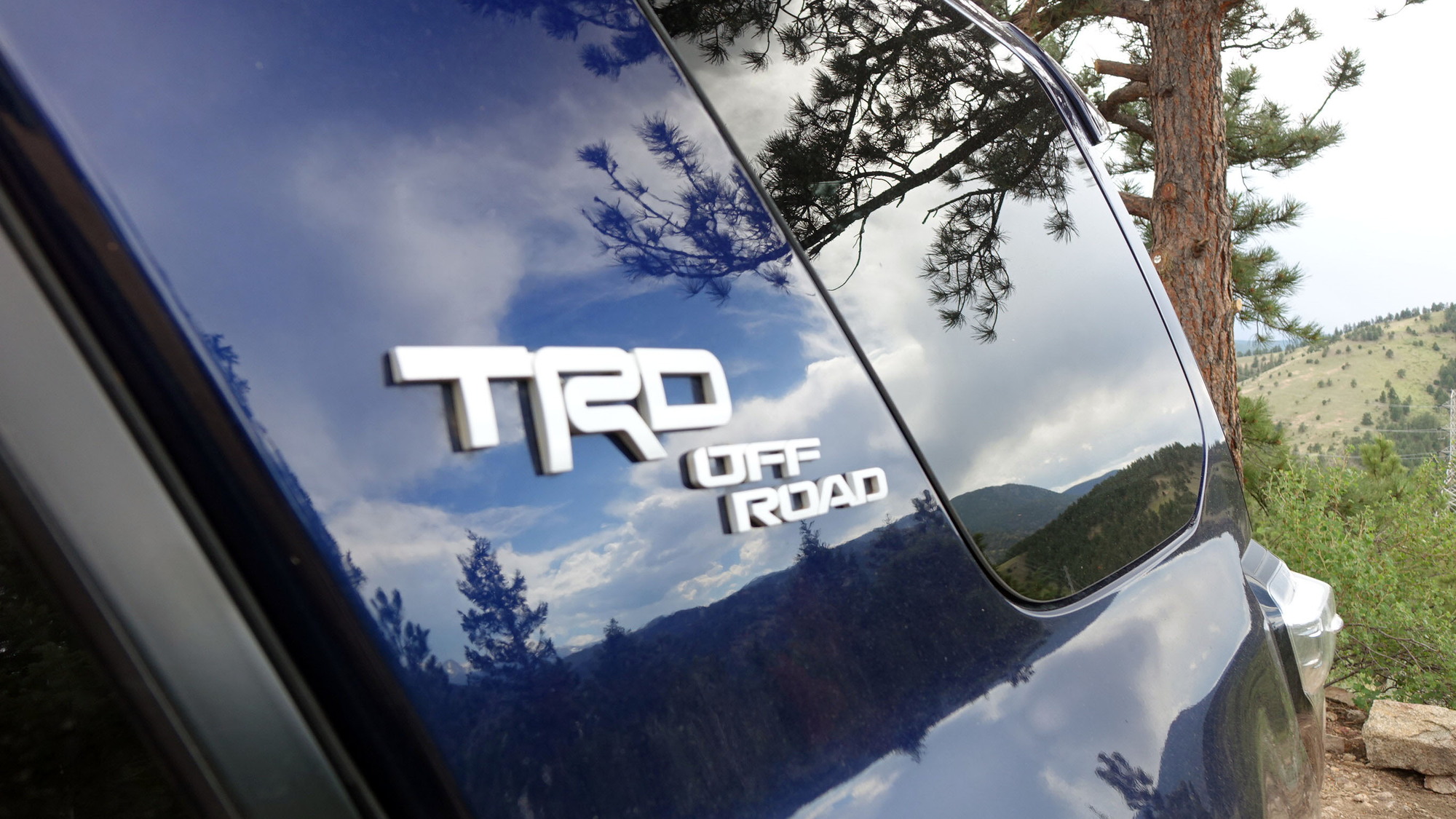 The Toyota 4Runner refuses to evolve, and that’s why we love it.

It has stayed true to its rugged roots for more than three decades, outliving long-forgotten 4x4s like the Mitsubishi Montero, Nissan Xterra, Chevrolet Blazer, and Isuzu Rodeo.

Today’s 4Runner, the fifth generation of the breed, is as capable as ever, something we learned recently while taming a few old mining trails in the Rocky Mountains.

The most trail-ready version of the 4Runner ever built is the costly TRD Pro, but the recently renamed TRD Off Road (it was called the Trail Edition last year) runs about $5,000 less. That’s a lot of leftover budget for a National Parks pass, camping gear, and beefier tires.

The TRD Off Road is positioned as the mid-grade trim level in the 4Runner lineup. Building on the already capable SR5, the TRD Off Road adds confidence-inspiring goodies like a multi-mode traction control system adjustable at the twist of a knob, Crawl Control that acts like low-speed off-road cruise control, and a push-button rear differential lock. The TRD Off Road also offers Toyota’s unique Kinetic Dynamic Suspension System (KDSS) as an extra-cost option (we’ll get to that in a second).

It’s all the off-roader most people will ever need. The pricier TRD Pro boasts special Bilstein shocks and all-terrain tires wrapped around slightly wider wheels, but the aftermarket provides that kind of equipment for a lot less money.

The smart money, if you’re looking to venture well beyond the beaten path, is on the 4Runner TRD Pro, as we recently learned. Our tester's sticker—$43,922—was a lot to swallow, but it included over $2,000 in accessories like a tablet holder and a trailer hitch that could easily be skipped.

At $1,750, you may balk at adding KDSS to your 4Runner if you’re in a showroom ready to sign on the dotted line.

It positively transforms the 4Runner. Basically, KDSS consists of much thicker sway bars that disconnect automatically via a hydraulic system if they detect pressure at low speeds. It’s the best of both worlds: better on-road handling and more off-road articulation. Toyota fits the same tech as standard to the related Lexus GX 460 and its off-road flagship, the Land Cruiser.

No substitute for big tires

One of the reasons the 4Runner remains such a comfortable, competent off-roader is its big tires. Our tester’s 265/70-17 Dunlop rubber didn’t boast a rugged tread, but the tall sidewalls helped us bound over rocks in comfort and with the security that there was a lot of air between sharp surfaces and the alloy wheels.

If you’re buying an off-roader, think twice about larger wheels and smaller sidewalls. We’re looking at you, Jeep and Land Rover.

Refined, but only so much

The 4Runner is quiet and rides softly, but it’s not a great choice for those who don’t plan to test its limits. Those rugged looks add up to a head-jostling experience over rough pavement and curvy road handling that’s mediocre, even with KDSS.

Its tall-riding design forces a big step to climb aboard. Once there, the view out’s not great and although the driver’s seat is height-adjustable, you’ll still find yourself sitting with your legs out almost like a sports car.

We can thank the city slicker Toyota Highlander for allowing the 4Runner to be unapologetically archaic. Its body-on-frame construction and simple solid rear axle endow it with a rugged, simple feel on and off the road. But it clings to tradition in other ways, like its power-retracting tailgate window and a stubby lever to engage the part-time transfer case.

Buy this over a Jeep Wrangler

Here’s a statement that won’t make us too many friends in the Jeep community: if you’re a casual off-roader, skip the Jeep Wrangler and just buy a 4Runner. It’s vastly more comfortable over any terrain, it’s loaded with far better convenience and safety features, and it’s nearly as off-road capable.

Odds are, you’re not going to take a $40,000 SUV on the Rubicon Trail. Kudos to those few of you who will. But if you’re just looking for a rugged rig to take camping off the beaten path with a small trailer in tow, the 4Runner’s got your name written all over it.