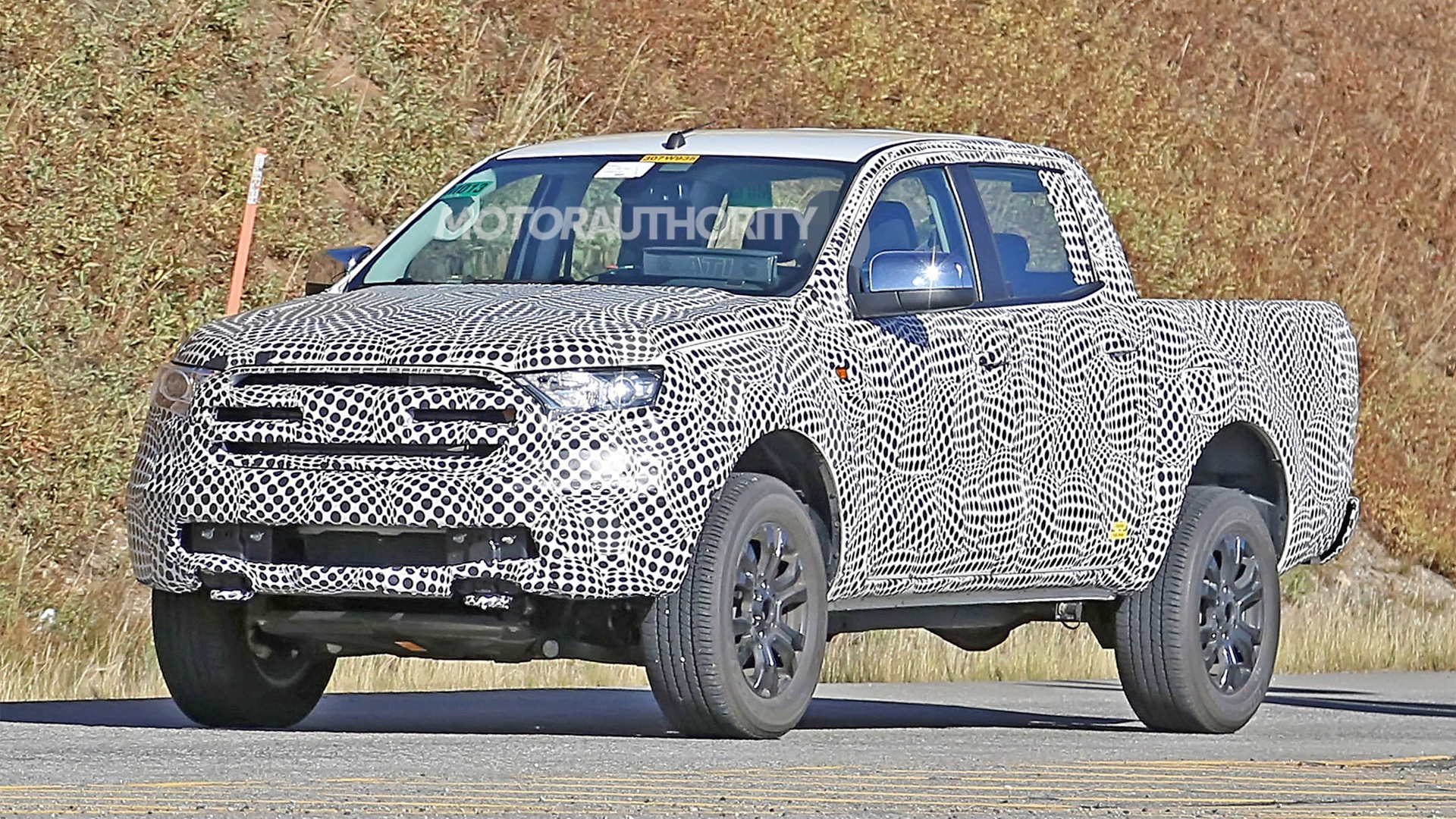 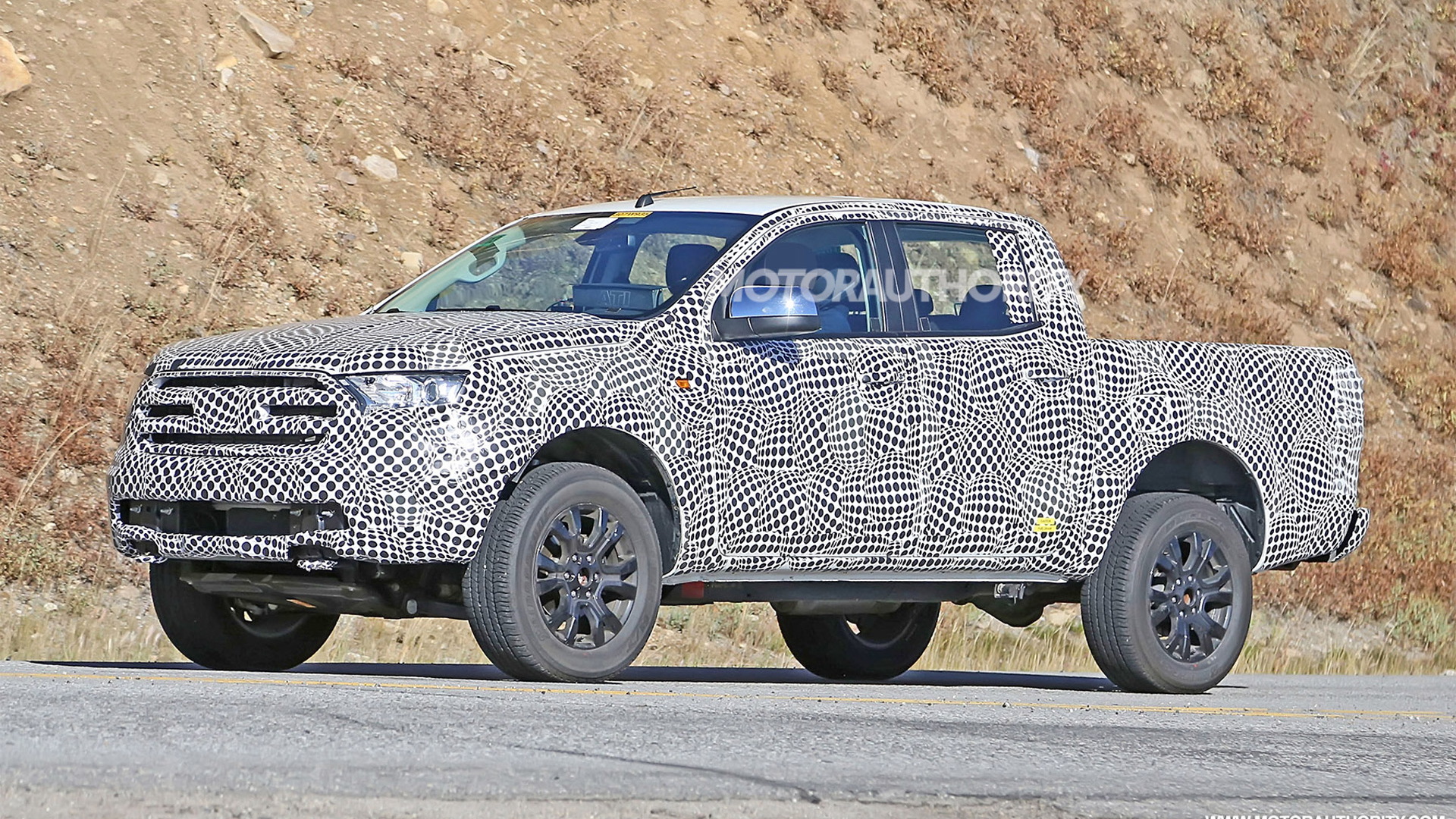 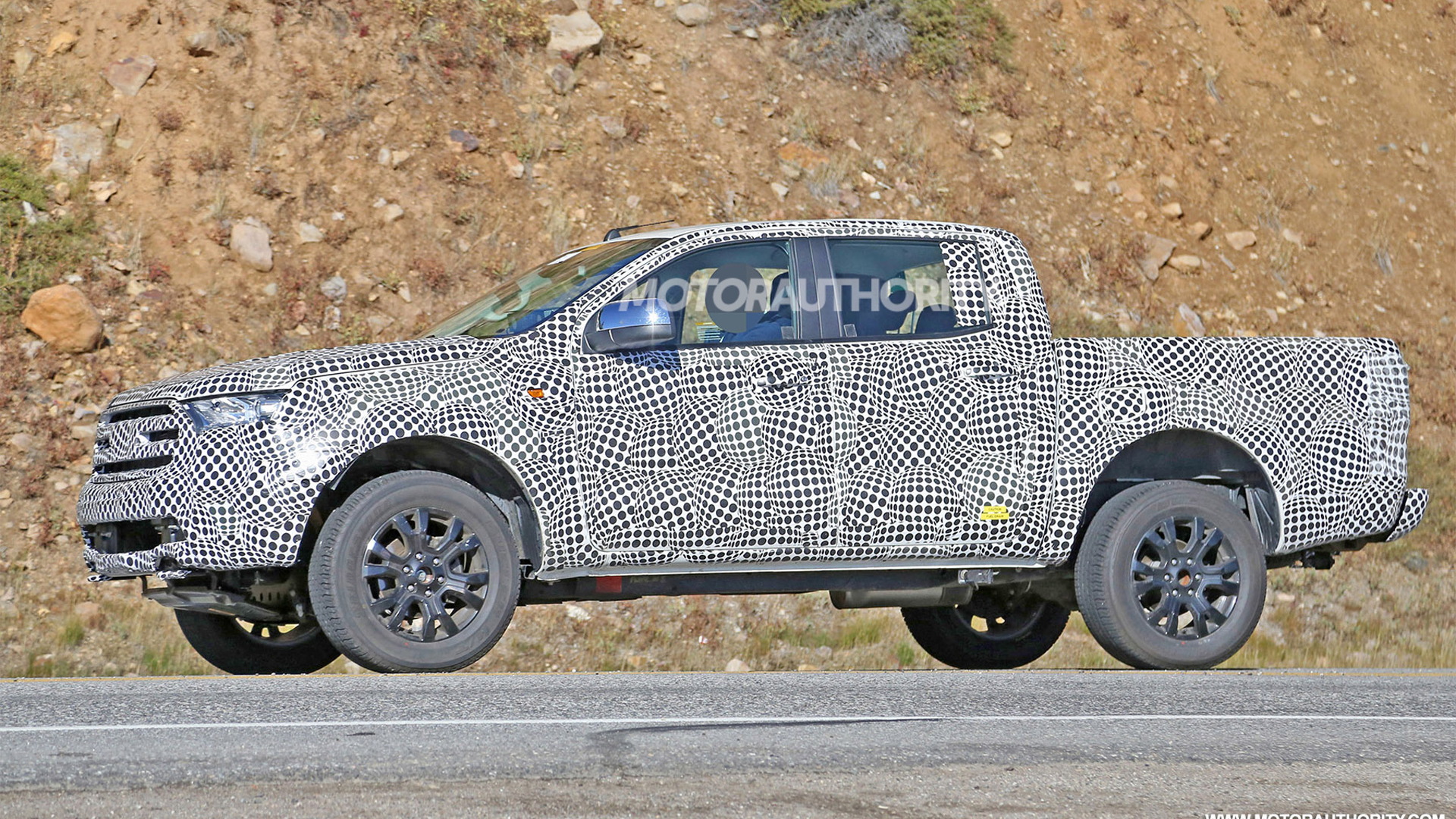 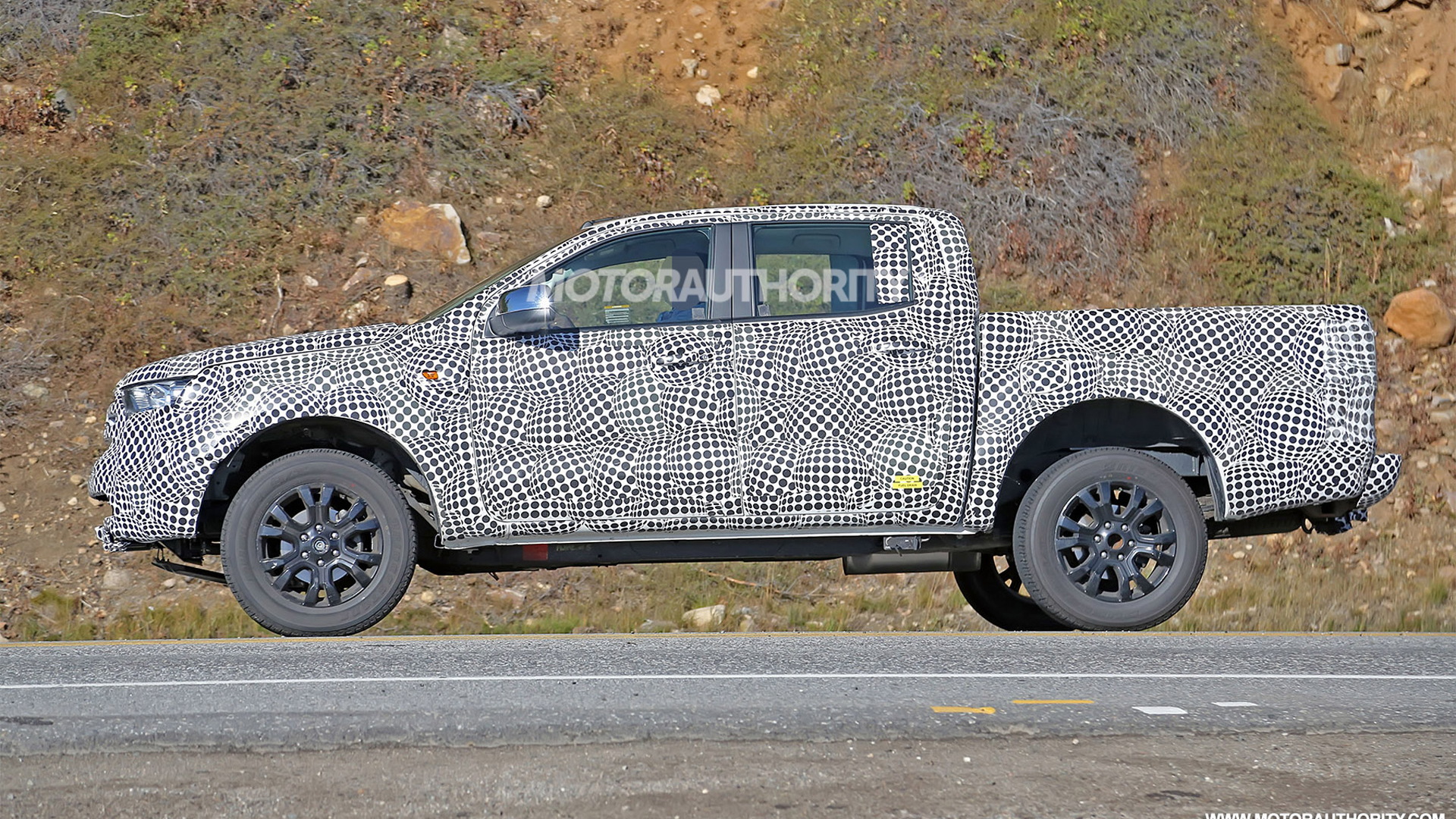 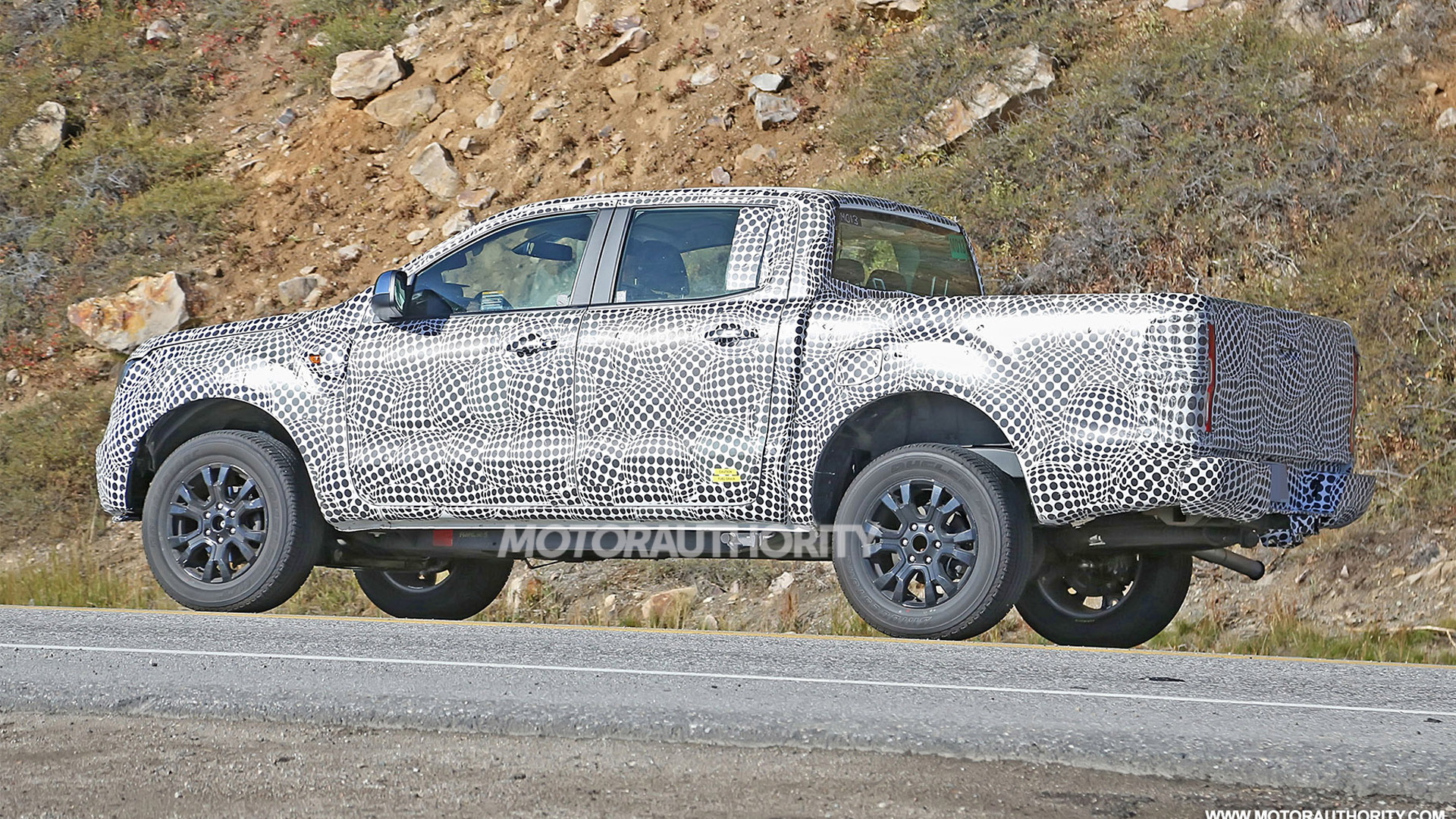 Ford’s bringing back the Ranger for the 2019 model year, and prototypes for the new mid-size pickup truck have been spotted.

The design is a familiar one as the 2019 Ranger will actually be an extensive update of the current Ranger that’s been offered globally since the start of the decade, as opposed to a true next-generation design.

The 2019 Ranger shown here is the version destined for the United States. It is expected to differ slightly, both mechanically and visually, to versions sold overseas. The size and shape should be common, however.

The 2019 Ranger is based on a body-on-frame platform code-named the T6. It underpins the current Ranger as well as an SUV derivative dubbed the Everest. Ford engineers are working on an updated Everest alongside the new Ranger, with most of the development being handled by Ford's Australian outpost.

The U.S. will also get an SUV derivative of the 2019 Ranger for the 2020 model year. The SUV is set to revive the Bronco nameplate, though it’s unclear whether the vehicle will be a separate model or simply a version of the Everest.

It’s too early to talk powertrains but we know the current Ranger is offered with a pair of diesels: a 2.2-liter inline-4 with 158 horsepower and 284 pound-feet of torque and a 3.2-liter inline-5 with 197 hp and 346 lb-ft. It’s likely the 2019 Ranger will offer gasoline mills in the U.S., though a torquey, fuel-sipping diesel would be nice to see on the options list.

Interestingly, Ford is cooking up a Ranger Raptor. The automaker is holding back details since development is ongoing but a likely bet for the powertrain is a detuned version of the F-150 Raptor’s 3.5-liter twin-turbocharged V-6. No word yet if we’ll see the Ranger Raptor in the U.S.

Production of the Ranger and Bronco for North America will take place at Ford’s plant in Wayne, Michigan.

Look for a debut of the 2019 Ranger in early 2018. Potential rivals include the Chevrolet Colorado, GMC Canyon, Honda Ridgeline, Nissan Frontier and Toyota Tacoma.