Just over a decade ago, automotive engineer Ronn Ford (a.k.a. Ronn Maxwell) unveiled a fuel-efficient supercar powered by a V-6 capable of running on a mix of gasoline and hydrogen, the latter sourced from onboard electrolysis of water.

The car, called the Ronn Scorpion, was to be the first product from Ford’s new automotive brand, Ronn Motor Company. Unfortunately, the Scorpion's debut at the 2009 Top Marques Monaco was in the midst of the global financial crisis, and Ford was forced to scrap plans for the car along with the original Ronn Motor Company shortly after.

Ford never gave up on plans for an automotive brand and in 2015 he formed Ronn Motor Group, which is based in Scottsdale, Arizona, and whose aim is to launch sedans, SUVs, and commercial vehicles all powered by hydrogen-electric powertrains. The first model is to be an SUV called the Myst, previewed here in a teaser shot released Monday.

Underpinning the Myst is a modular platform Ronn Motor calls the Q-Series. The platform features an electric powertrain but instead of energy stored in a heavy battery, the Q-Series uses hydrogen and a fuel cell. The fuel cell combines hydrogen with oxygen from the air in a process that creates electricity, with the only byproduct being water. Hyperion, a company based in Orange, California, also announced plans this week for a hydrogen-electric car, in this case the XP-1 supercar. 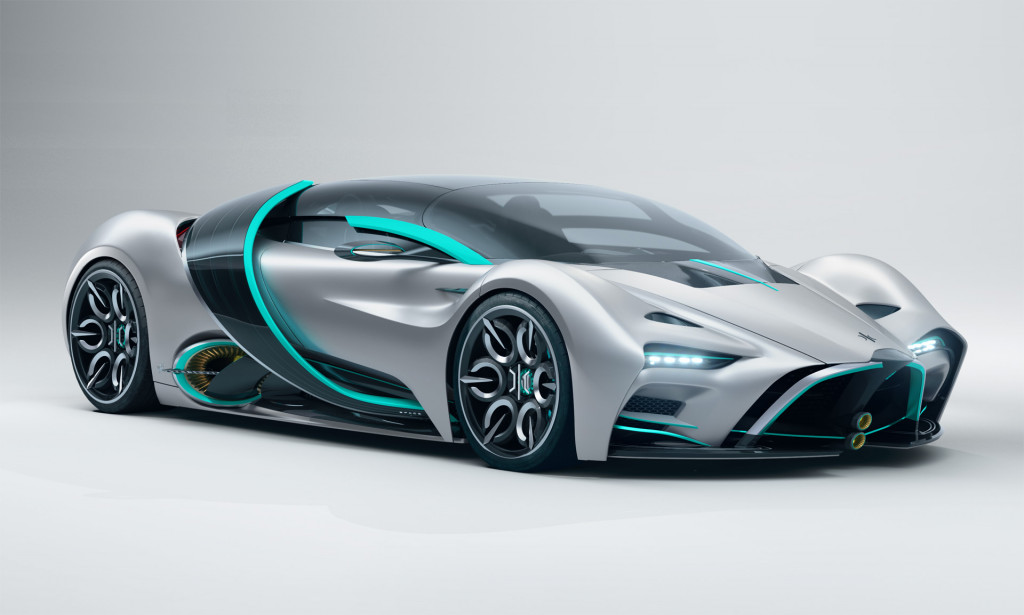 “Our vehicle is fully engineered, computer tested for certifications in both China and the U.S.,” Ford said in a statement. “The U.S. and European supply chains have been developed and our body design teams are earnestly working on the final design for release to the public.”

Ronn Motor is also looking to capitilize on growing investor interest in EV startups back in the U.S. Jerry Lavine, head of product development at Ronn Motor, said in a statement the company has been approached by several special purpose acquisition companies. These are publicly listed companies whose sole purpose is to merge with private companies to make them public. It's how Nikola was taken public earlier this year, and how Fisker plans to go public later this year.