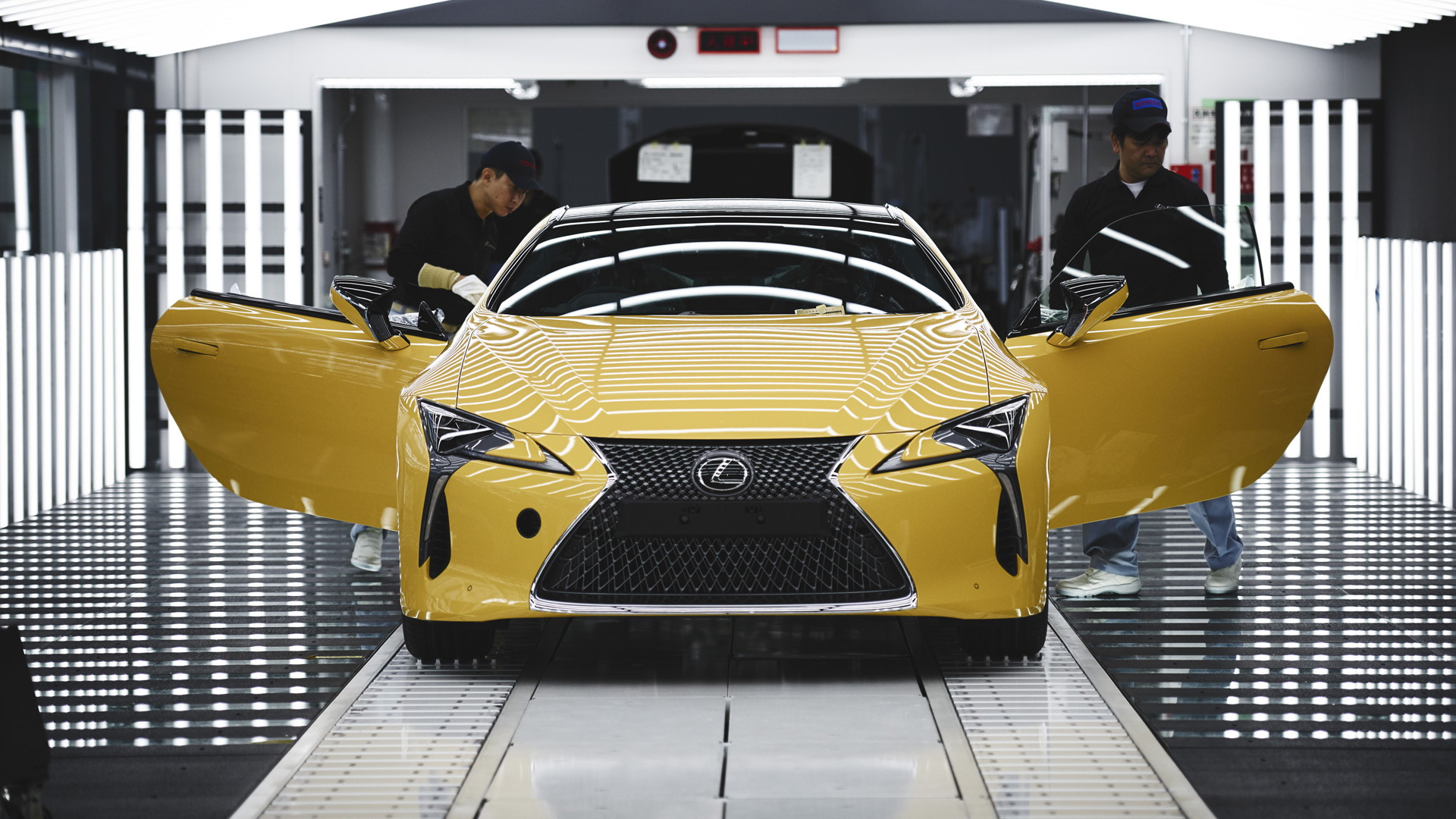 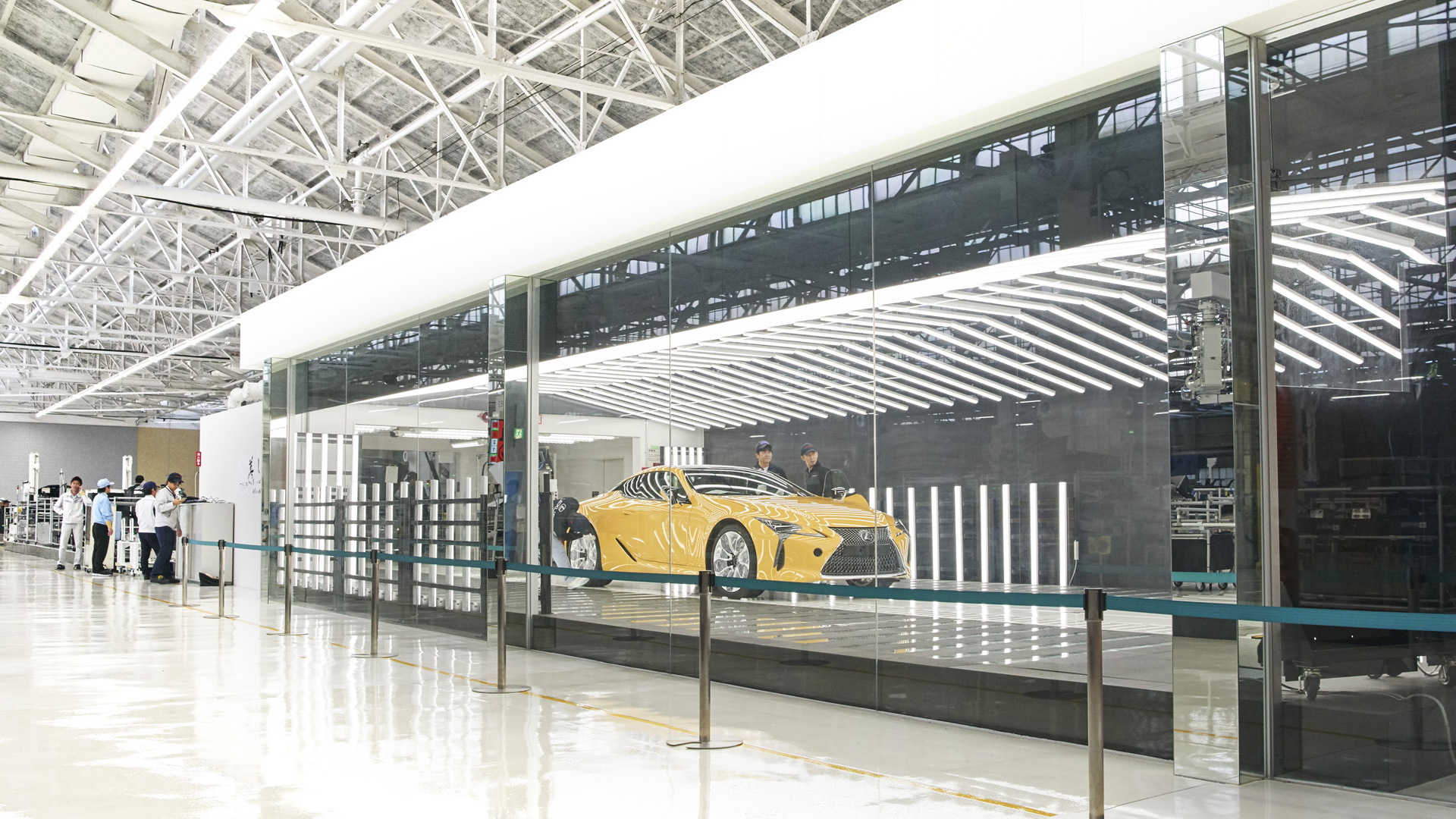 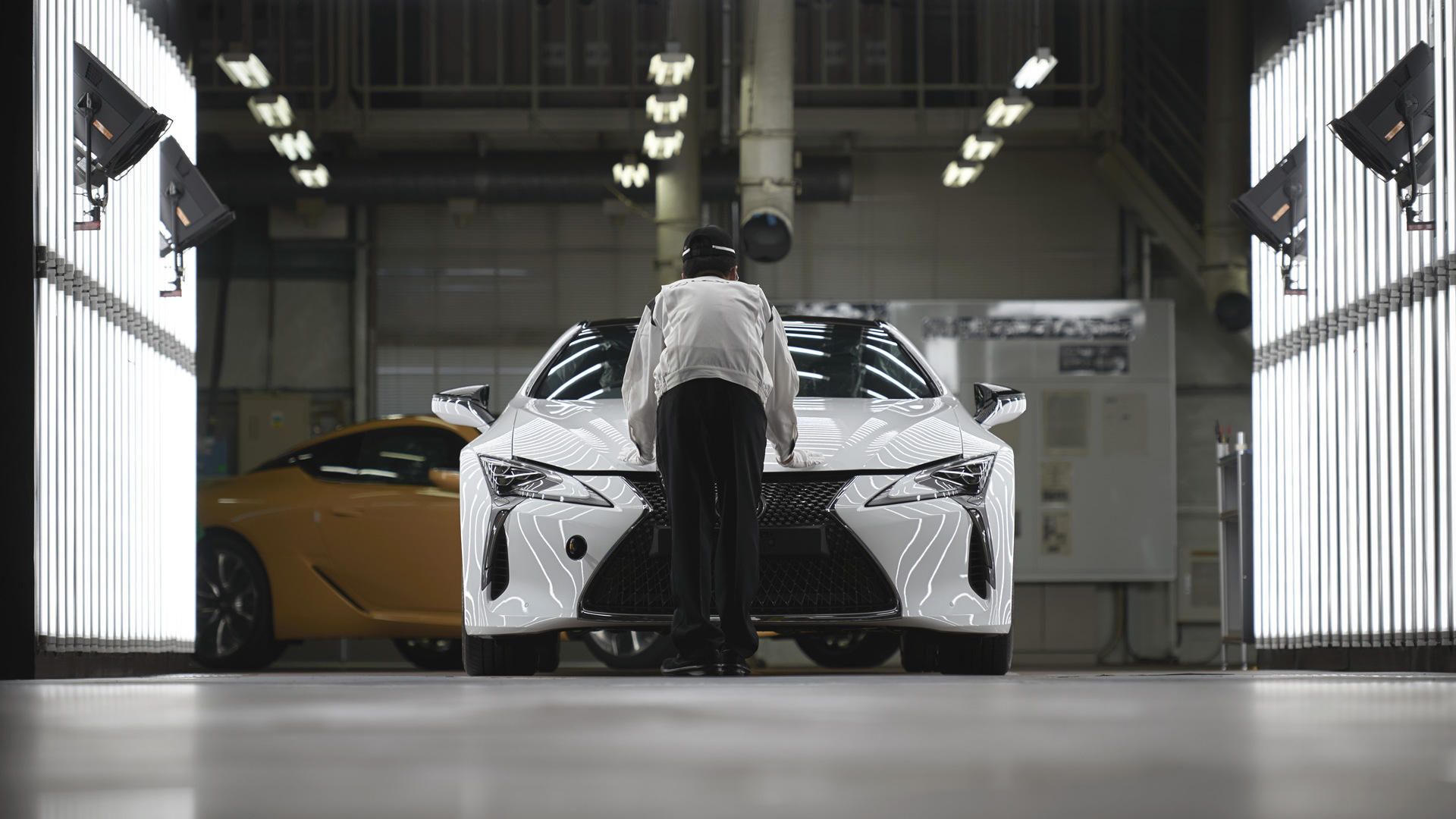 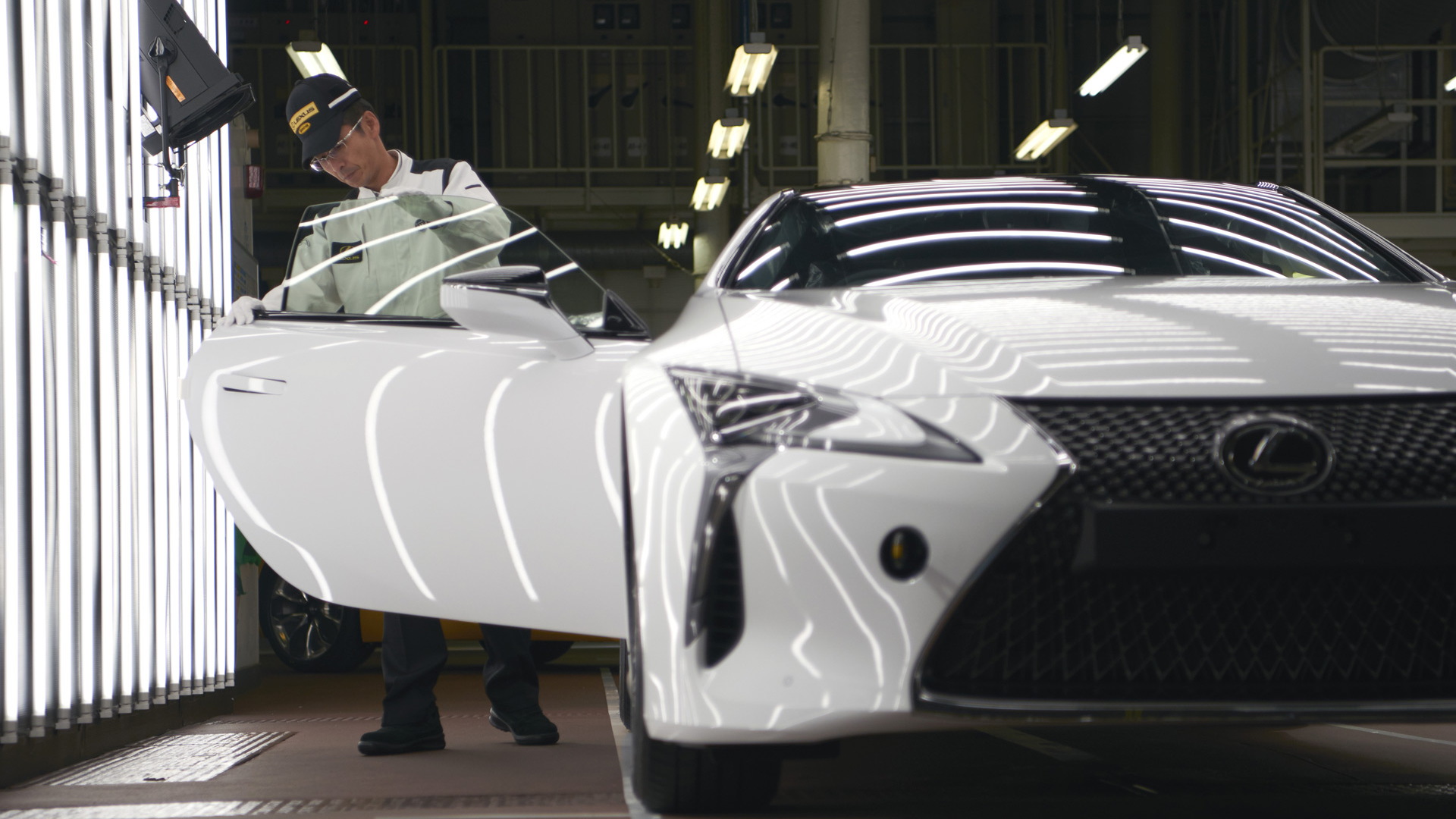 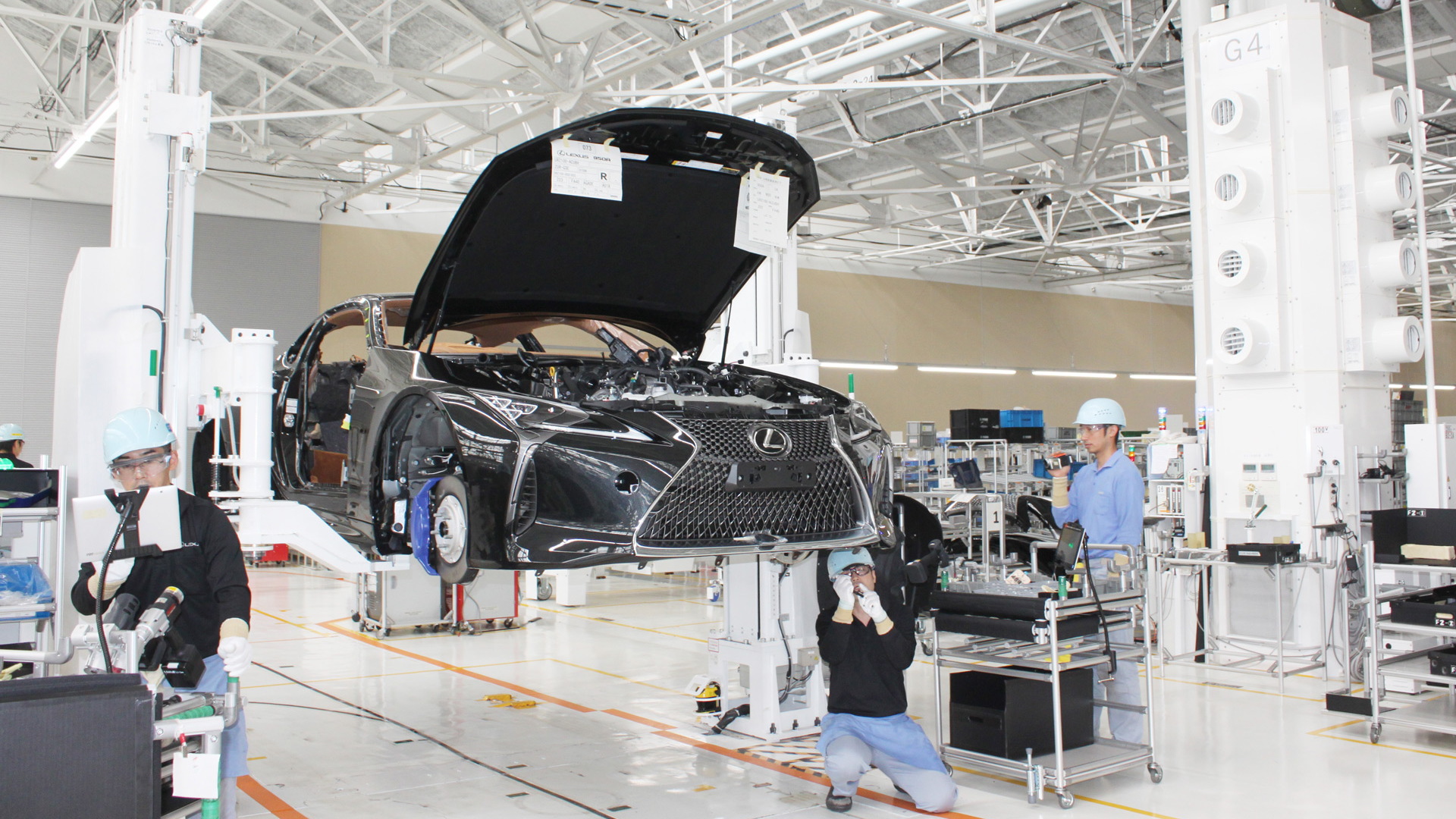 On a dedicated line at the Toyota Motomachi Plant in Aichi, Japan, Lexus’ most skilled craftspeople, known as Takumi, Japanese for “artisan,” work on LC production.

Many of the same staff worked on Lexus’ LFA at the Motomachi plant and now they’re using the skills developed in producing the short-lived supercar for the LC. This is especially true for the carbon fiber components, leatherwork and hand-finishing that goes into each and every LC.

In the case of the carbon fiber components, the Resin Transfer Molding process is the same between the LFA and LC. The LC features carbon fiber-reinforced plastic for much of its internal structure. Buyers can also opt for a carbon roof.

There have been some improvements made to the Motomachi plant since the LFA was in production, though. For example, the completely white finish of the final assembly area is new. This is said to help improve concentration. And the staff now have close to 20 minutes to finish each task to ensure they have adequate time to meet the high-quality standards Lexus demands.

At the final stage, every millimeter of the car is subjected to an intensive inspection in an LED-illuminated room. There is also a room with especially thick glass where the acoustics of the engine and exhaust are tested so they sound just right.