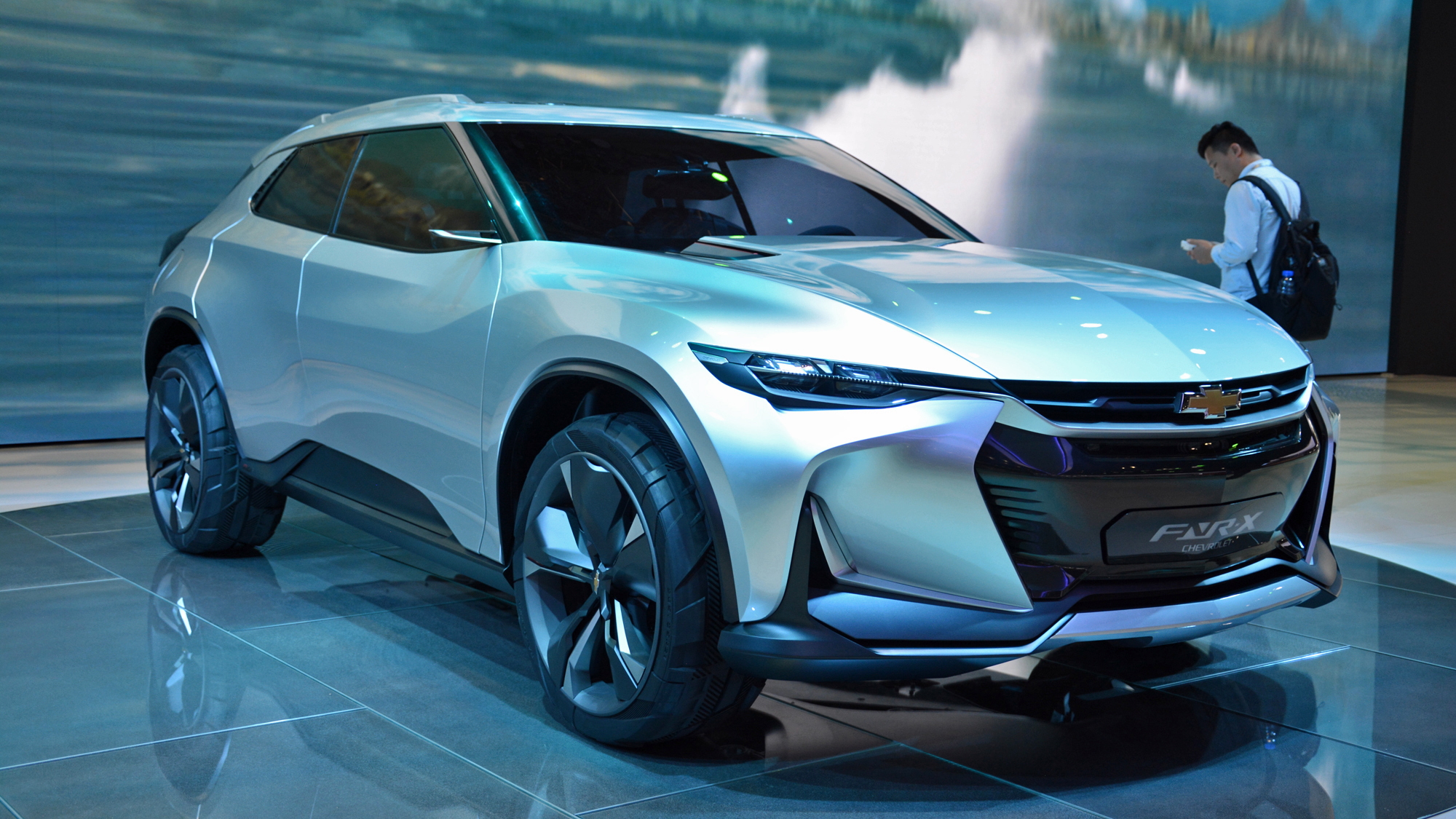 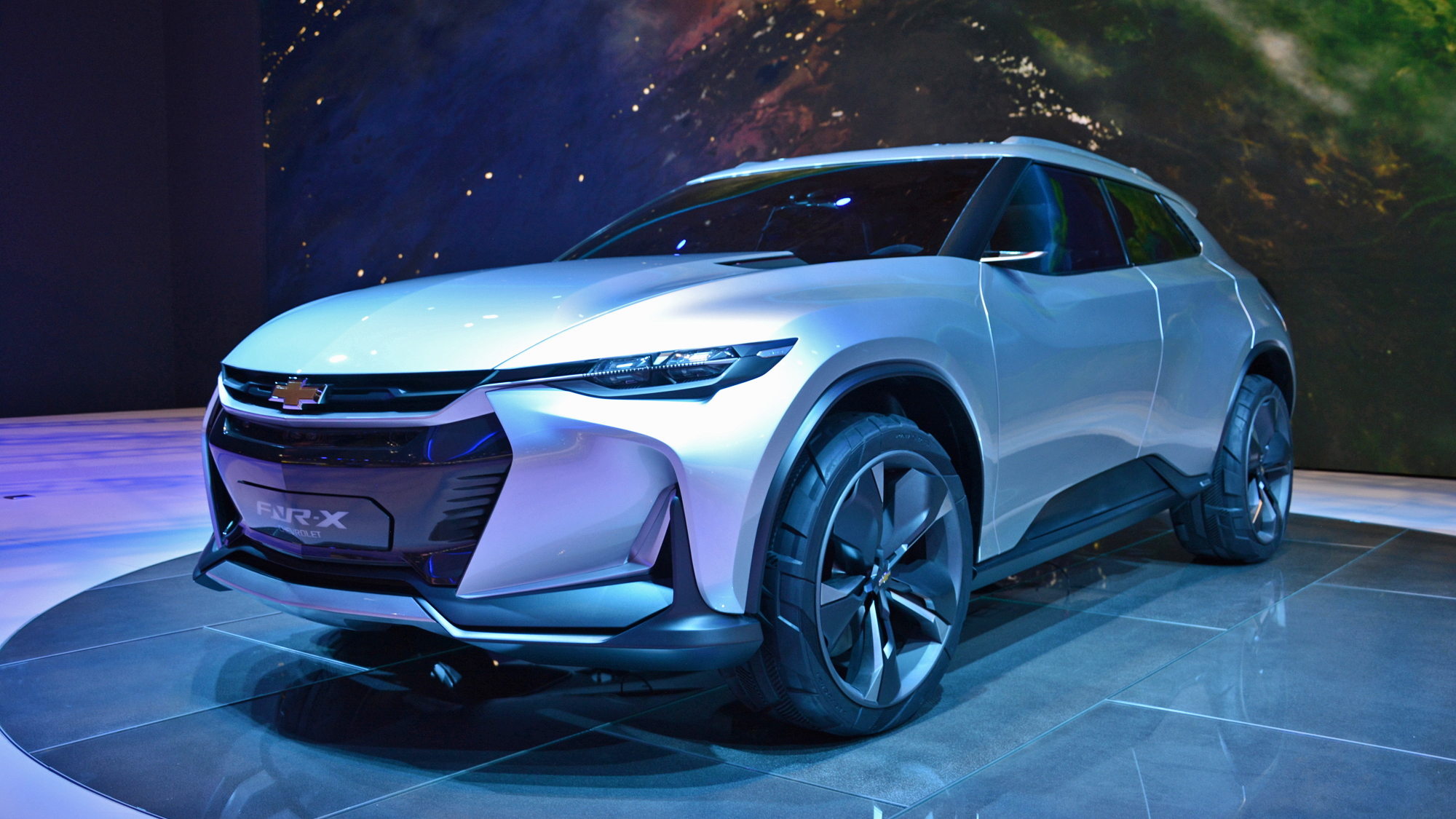 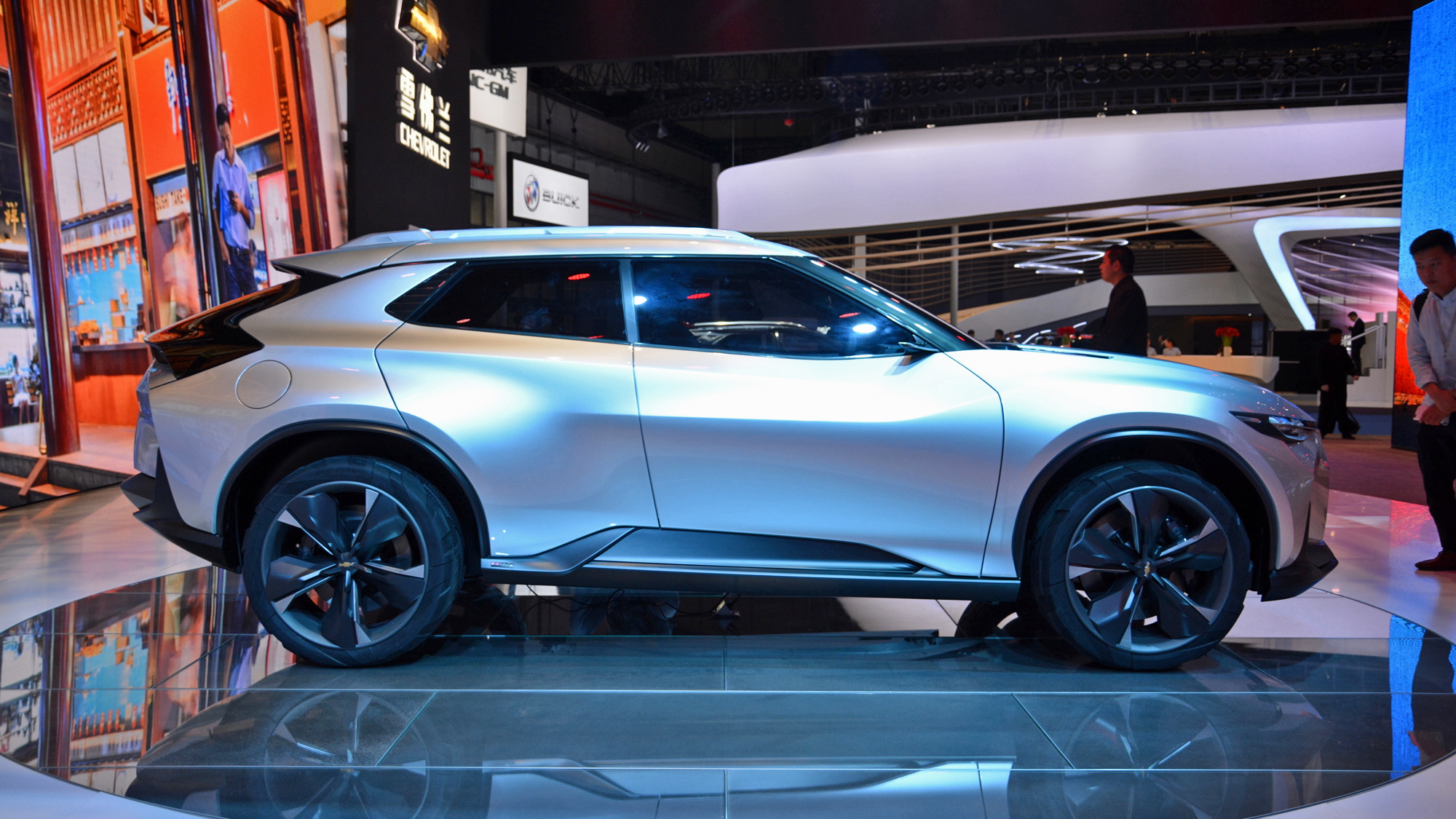 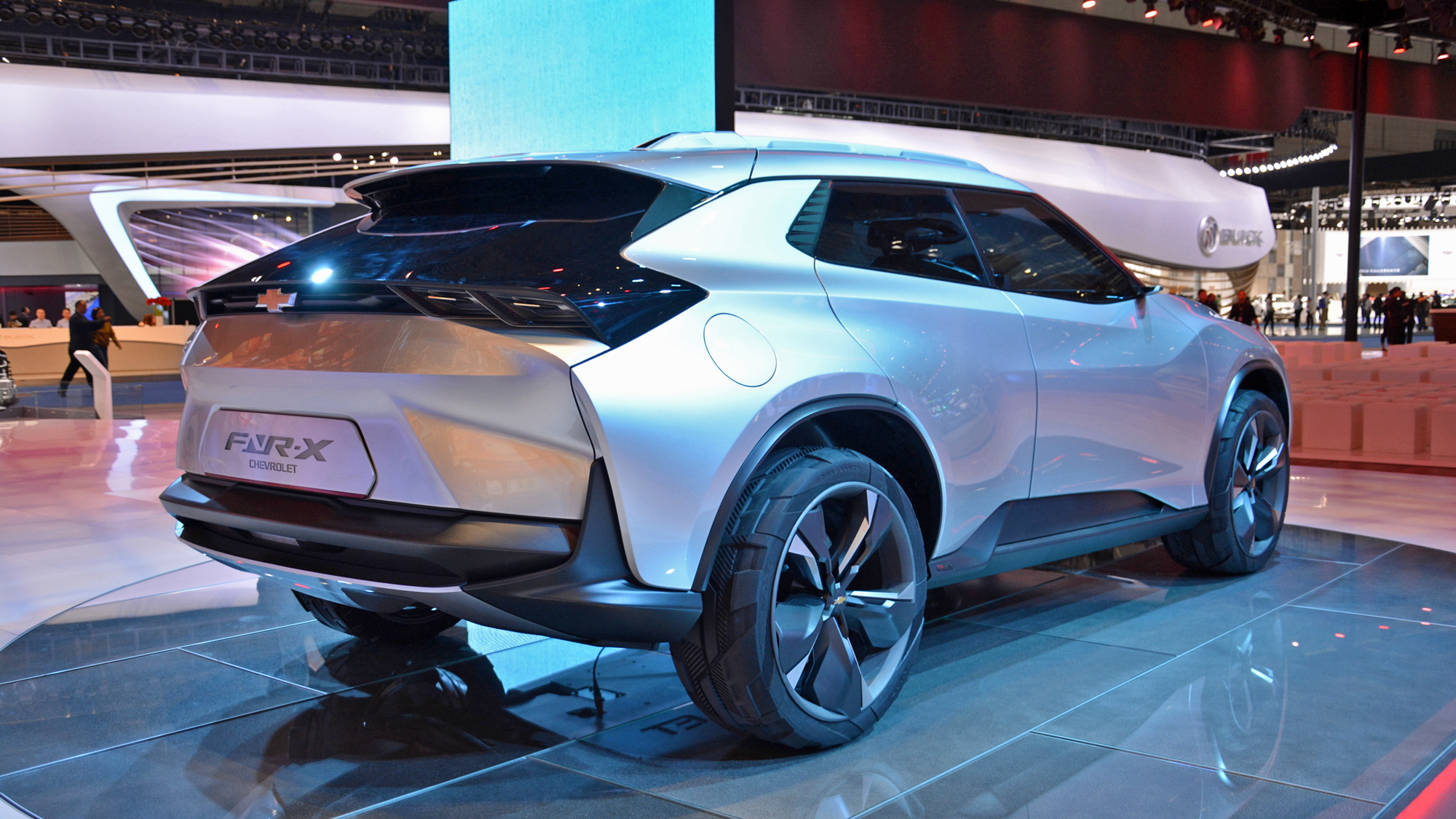 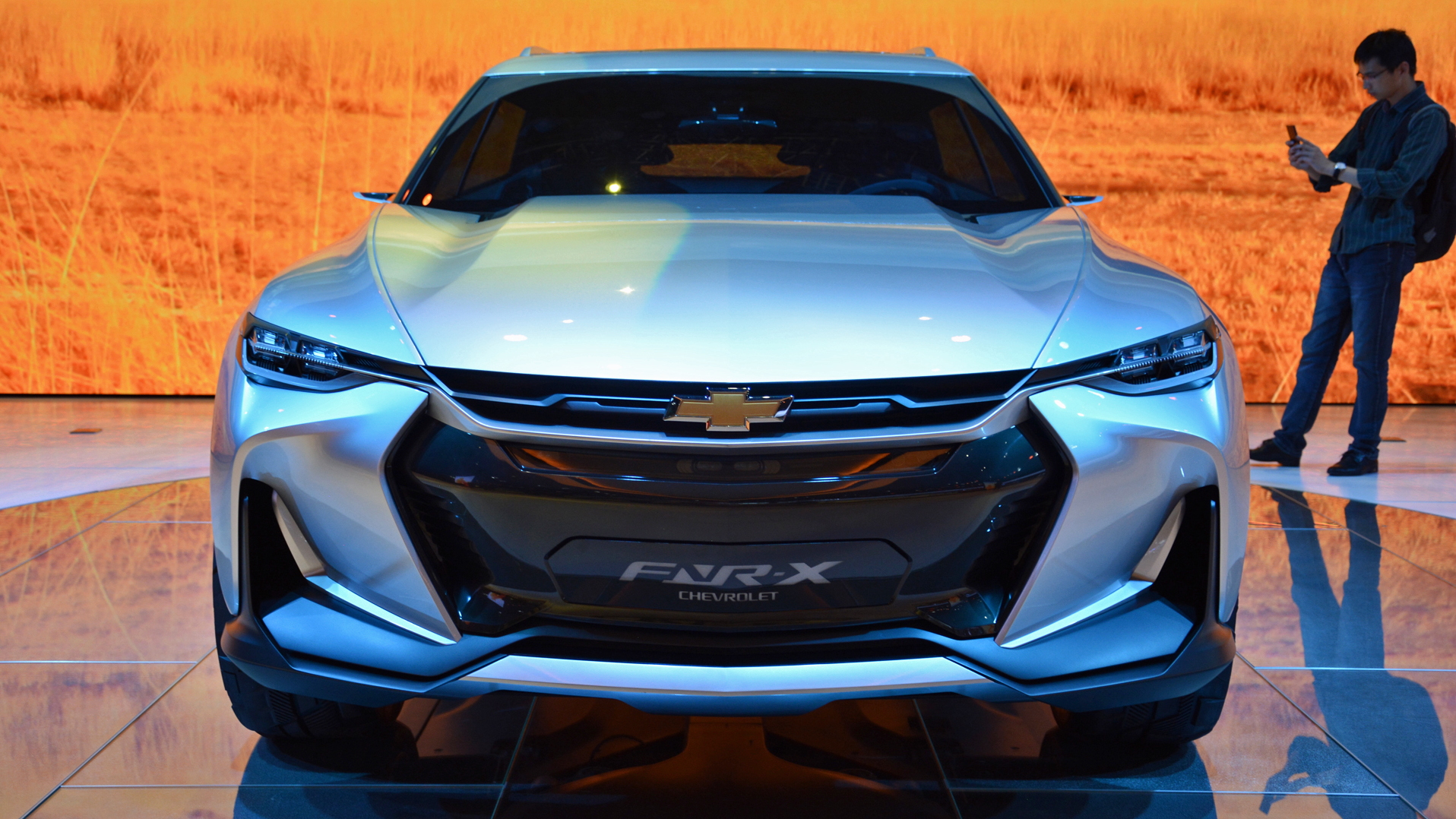 Chevrolet is exploring the future as well as showcasing the talents of its Asia-based design team with the FNR-X concept car.

Unveiled on Wednesday at the 2017 Shanghai auto show, the concept is a follow-up to the original FNR concept unveiled in Shanghai two years ago. While the previous concept was a sports car, the latest is in the form of an SUV.

FNR is an acronym for Chevy’s “Find New Roads” slogan, and the concepts it’s attached to point towards new design themes and technologies the Bowtie brand is exploring.

The two FNR concepts unveiled so far were developed by the Pan Asia Technical Automotive Center located in Shanghai.The design and engineering center is run by the joint venture between General Motors and Chinese automaker SAIC Motor.

For the FNR-X, the premise was a vehicle that combines performance with versatility. The designers thus decided to go with an SUV body wrapped around a powerful powertrain, in this case a plug-in hybrid setup that can switch between internal combustion or electric power or offer a combination of the two.

The FNR-X can also swap between V (Versatility) and S (Sport) modes. In V mode, the suspension rises to offer additional ground clearance. The vehicle’s self-driving system can also be used to handle off-road terrain in this mode. The system chooses the best route based on its predictions for complex road conditions. (Jaguar Land Rover is exploring a similar technology.)

In S mode, the FNR-X lowers itself, the suspension firms up, and various body elements move into more aerodynamic settings. Even the blades in the wheel can be adjusted to aid airflow.

Access to the cabin is via remotely-controlled doors. Rear-opening suicide-style doors feature at the rear to make ingress and egress even easier. The steering wheel and dashboard have a sporty integrated design, while the seats can be moved easily to maximize cargo capacity. Interacting with the FNR-X is done mostly via voice commands.

While we’re unlikely to see a vehicle like the FNR-X in showrooms, some of the design features and technologies on the concept should appear on future Chevys.