The Acura TLX receives a revised look and some new tech features for the 2018 model year.

However, over in China, the TLX is also receiving a long-wheelbase option. The stretched model, known as the TLX-L, was unveiled on Wednesday at the 2017 Shanghai auto show.

The TLX-L will be sold exclusively in China where there is big demand for executive sedans with extra legroom in the rear. This is because many executives in China get around busy urban areas with the aid of a chauffeur. 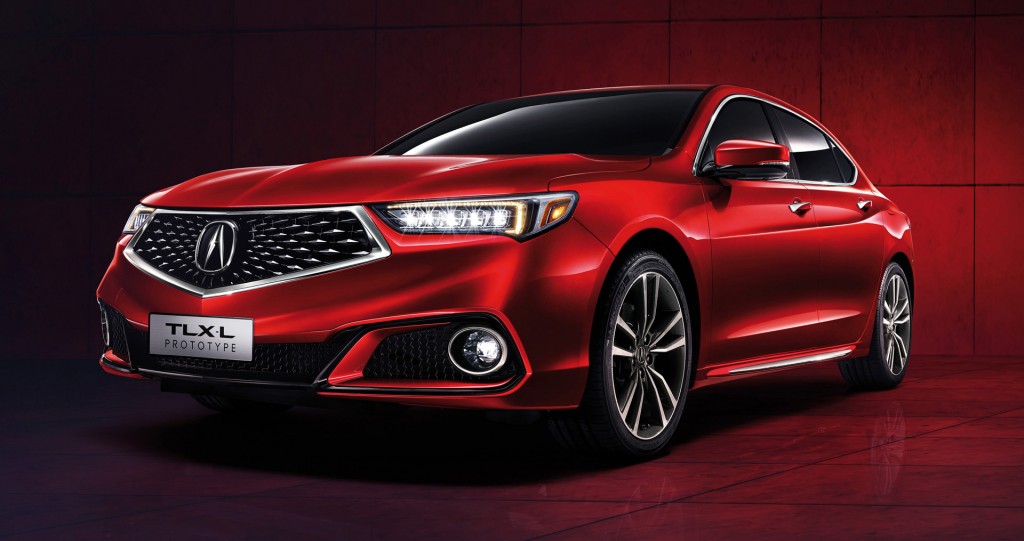 Acura didn’t say how many inches were added to the wheelbase but we can see that the rear doors have been stretched to accommodate the extra length.

The TLX-L features all of the updates of the 2018 TLX including an aggressive new look at the front and an improved infotainment system in the cabin.

Production of the TLX-L will commence in China later in 2017. Acura already produces the CDX SUV in China, and in Shanghai the automaker confirmed that it will also add production of the RDX in China in 2018. This will likely be the next-generation RDX and not the model currently on sale.