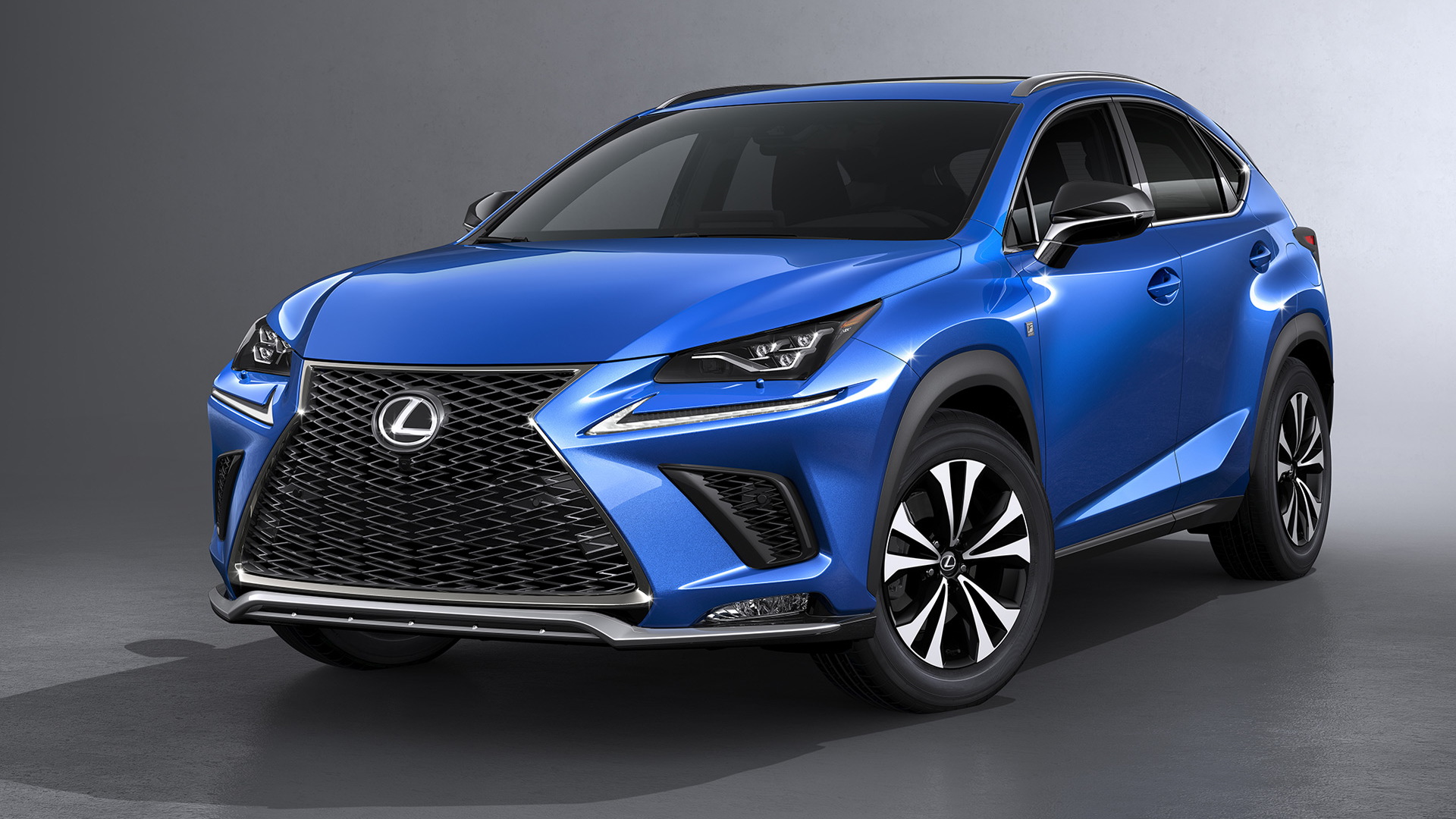 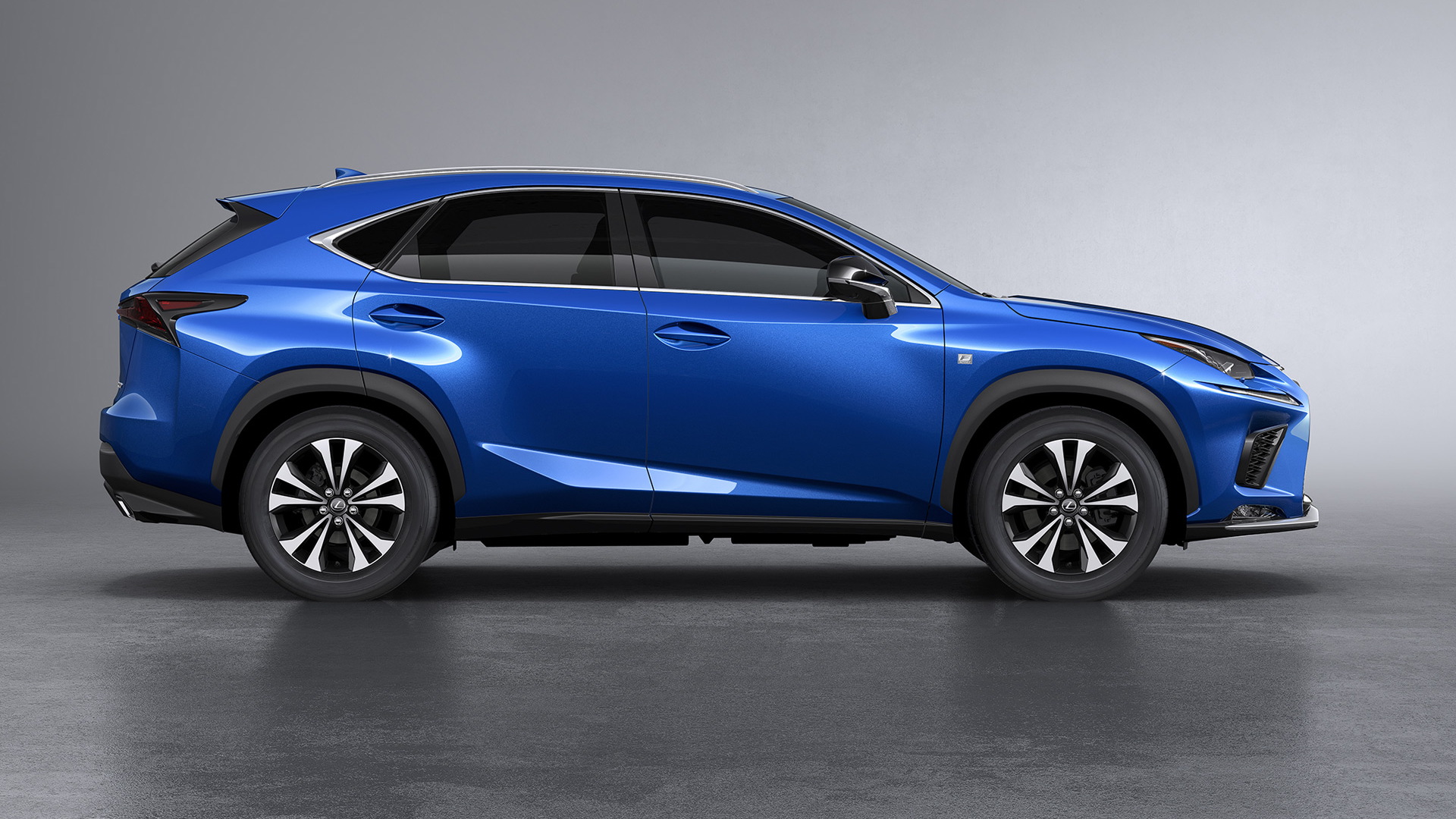 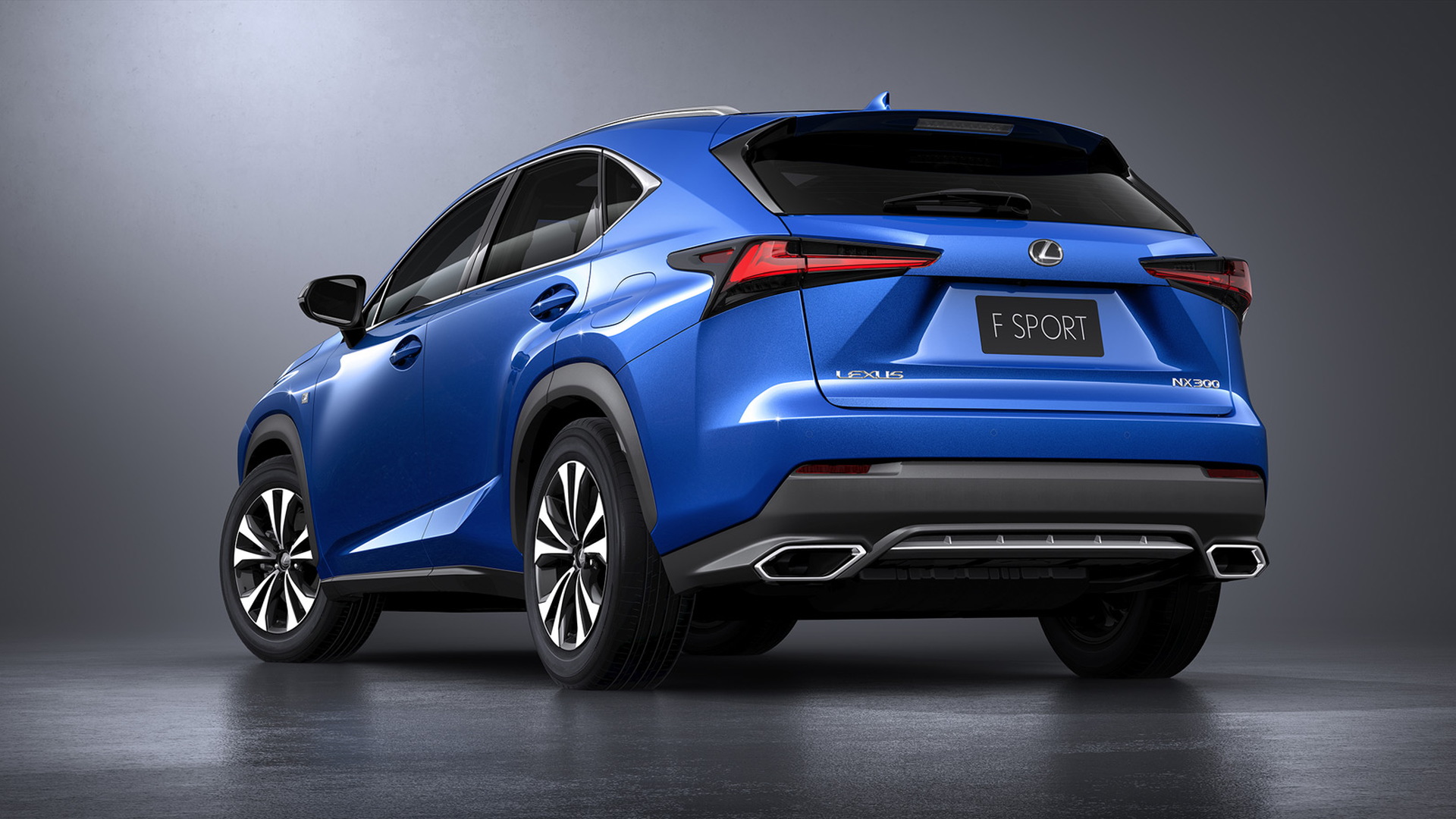 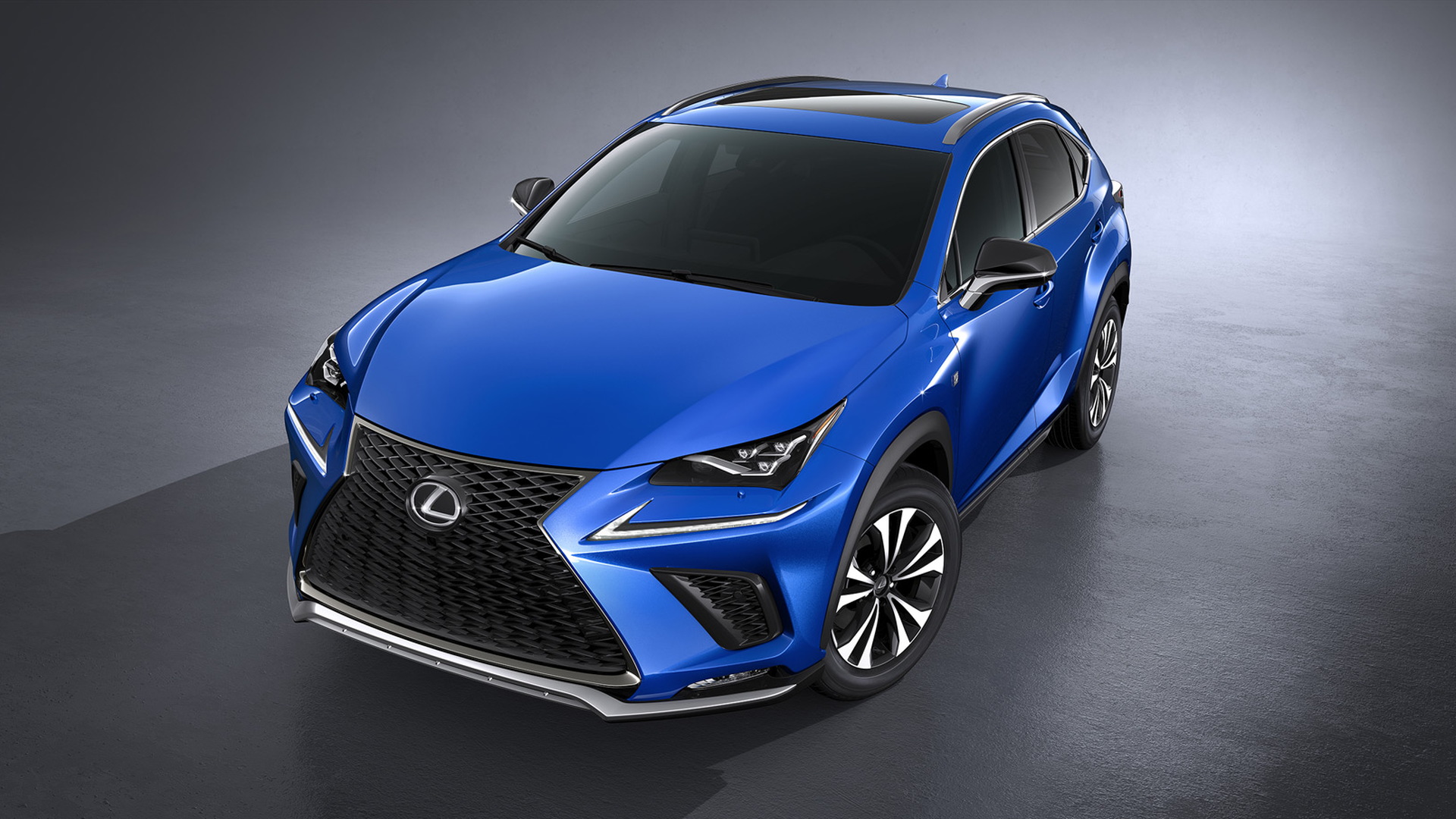 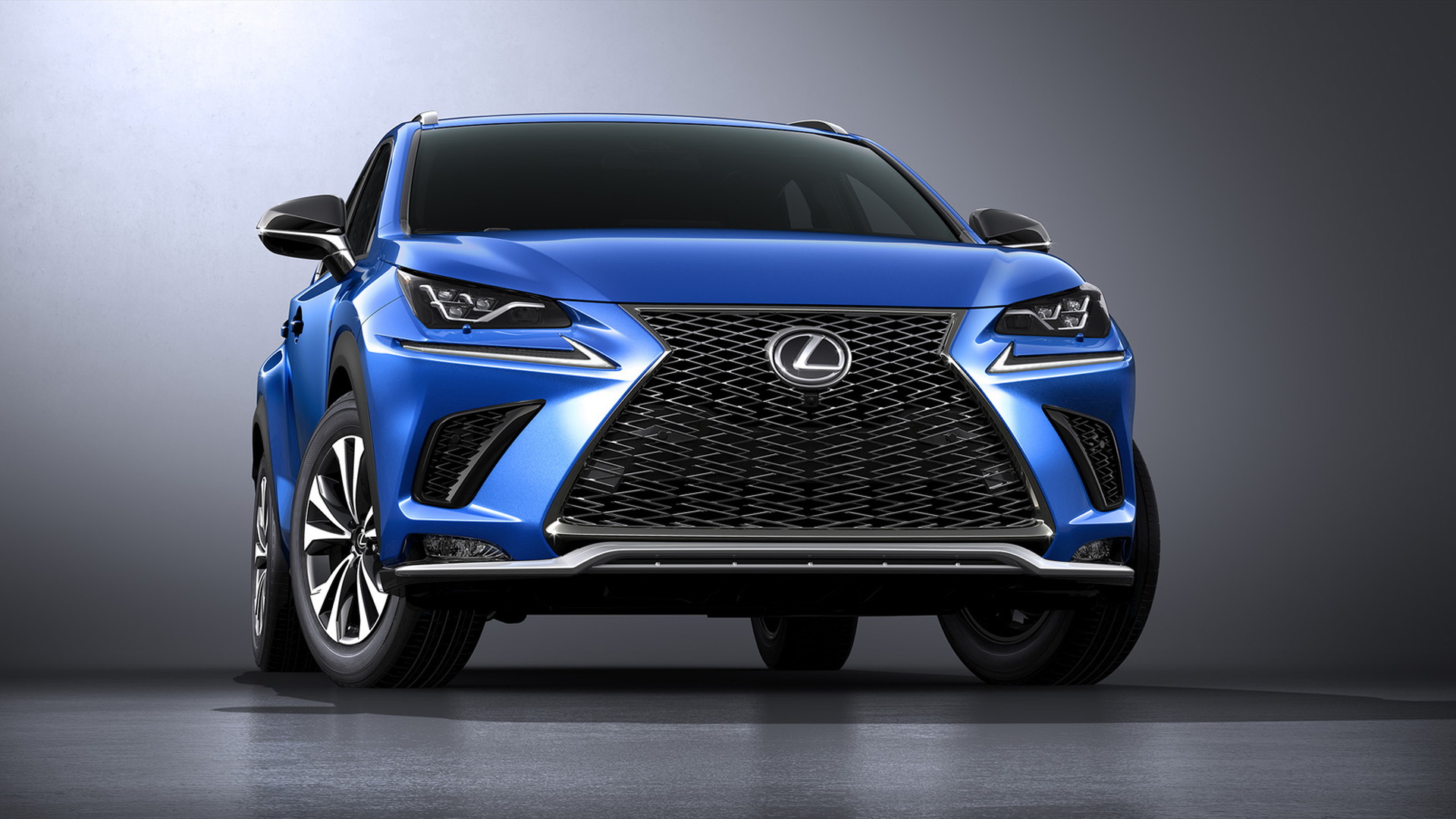 Lexus on Wednesday unveiled an updated version of its NX at the 2017 Shanghai auto show.

The compact SUV has benefited from revised styling, new trim materials in the cabin, and an improved infotainment system. Lexus has also given the entry-level NX a new name.

The NX is currently available in NX 200t and NX 300h guises, but with the arrival of the updated model the NX 200t becomes an NX 300. Its engine remains a 2.0-liter turbocharged inline-4 delivering 235 horsepower, though. The NX 300h also continues with its own 2.5-liter inline-4-based hybrid setup delivering 194 hp.

While there’s no extra power to be had, significant improvements have been made to the vehicle’s suspension tuning to enhance ride and handling. The springs, stabilizer bars and bushings have been retuned for improved cornering ability, while the adjustable dampers have been tweaked to improve the ride.

For the updated NX, the face of the car receives a more streamlined look while the available LED headlights receive triple projectors similar to what we see in the LC flagship coupe. Also of note, satin and smoked chrome trim pieces have been applied to the grille treatment in addition to new vertical elements added to the inner portion.

The rear has also been tweaked with a new bumper design and taillights that have been elongated. The exhaust tips have also been made larger and are now integrated with the rear bumper.

Buyers looking for a little extra spice can add an F-Sport package. It adds a more pronounced mesh grille with black accents. It also adds F-Sport specific wheels and metallic-like accents for the cabin.

In the cabin of the standard NX, most of switchgear receive a metallic satin finish while the controls of the HVAC system have been made simpler by swapping in four easy-to-operate toggle switches adorned with a tiny “L” on their surface. The clock in the dash is now easier to read and buyers opting for the top infotainment system will receive a 10.3-inch screen instead of the previous 7.0-inch unit.

On the center console, the remote touch interface pad has been enlarged and redesigned for easier operation, and the palm rest has been reshaped for improved wrist comfort. The wireless charger tray has also grown in size to accommodate larger mobile devices and the USB charging ports provide more juice for quicker charging. The updated NX also gets a foot sensor below the rear bumper for hands-free operation of the tailgate.

The final change worth mentioning is the inclusion as standard of the Lexus Safety System + suite of electronic driver assist features which includes adaptive cruise control, collision warning, and lane departure warning.

The updated NX will go on sale later this year, as a 2018 model. Pricing will be announced closer to the market launch.

For more from the Shanghai auto show, head to our dedicated hub. And for more on the Lexus NX, read the in-depth reviews at The Car Connection.