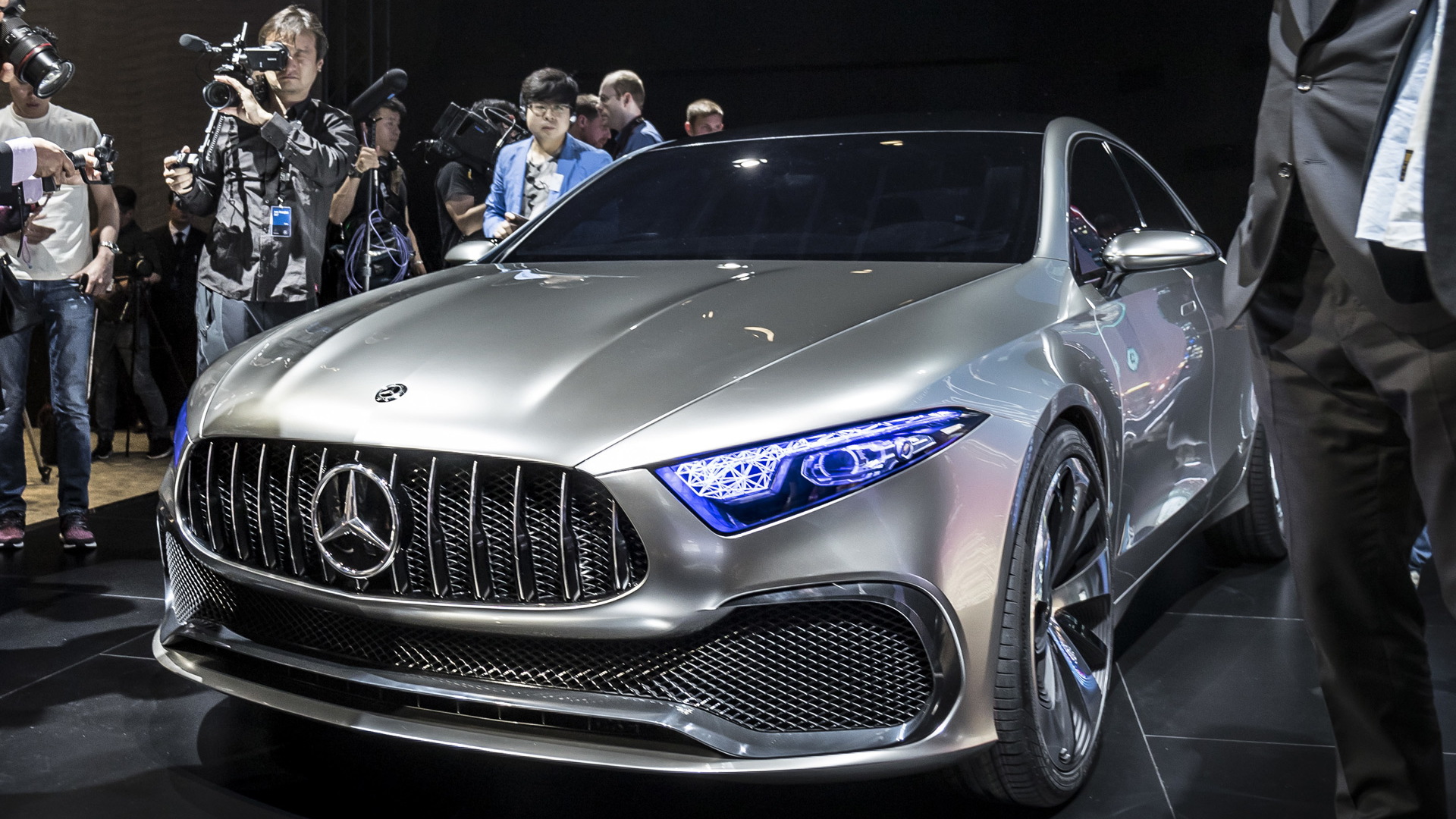 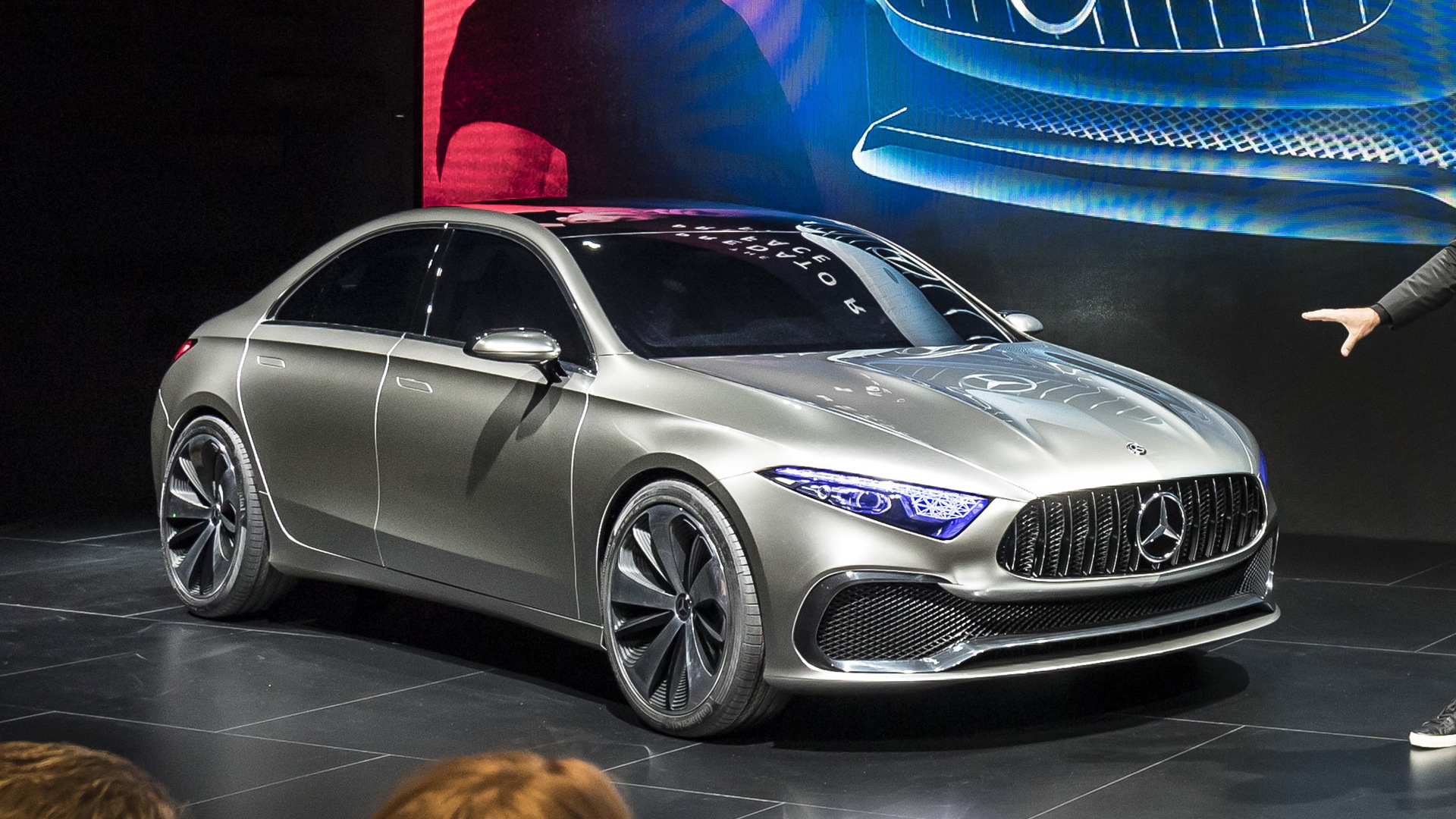 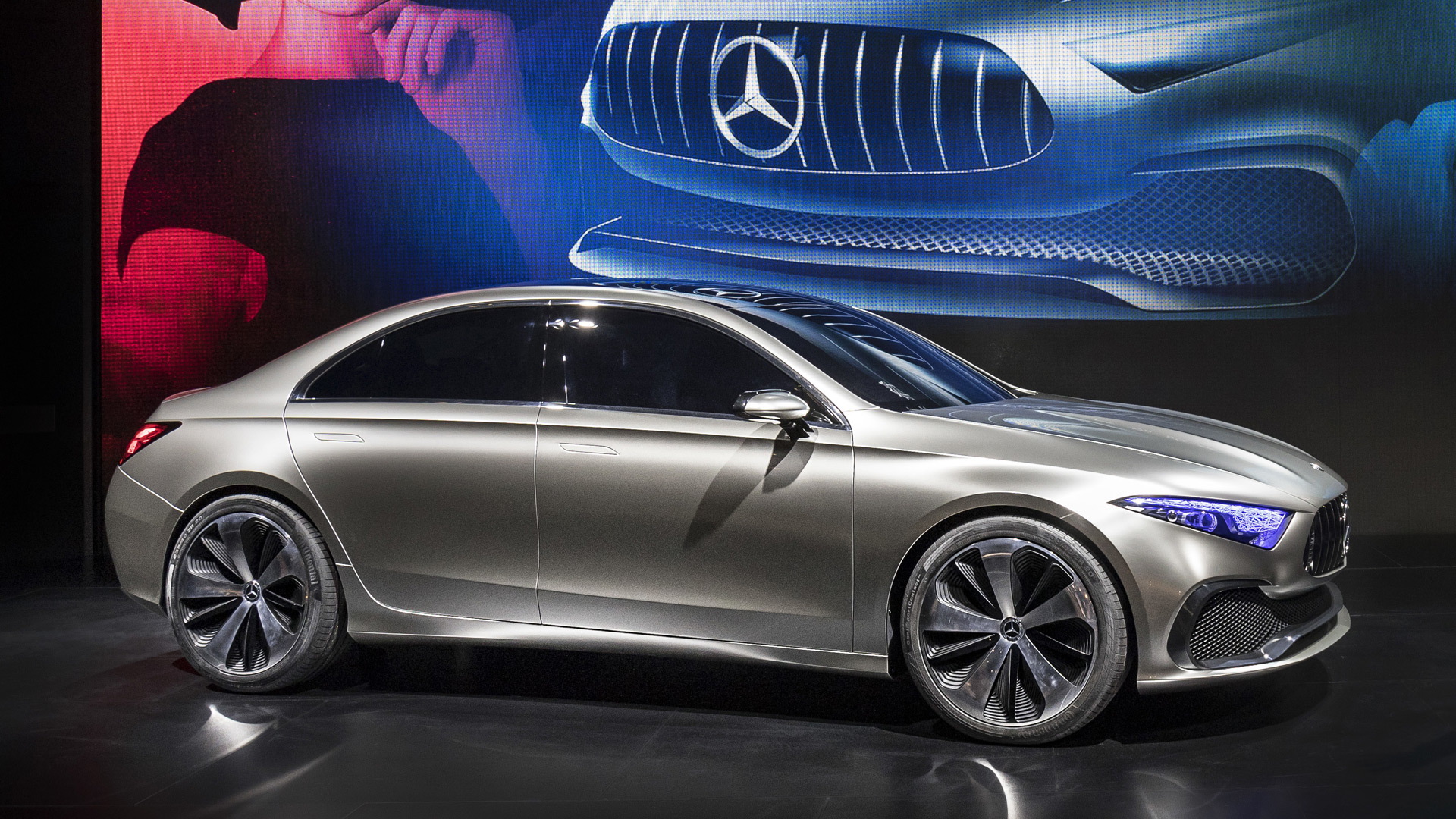 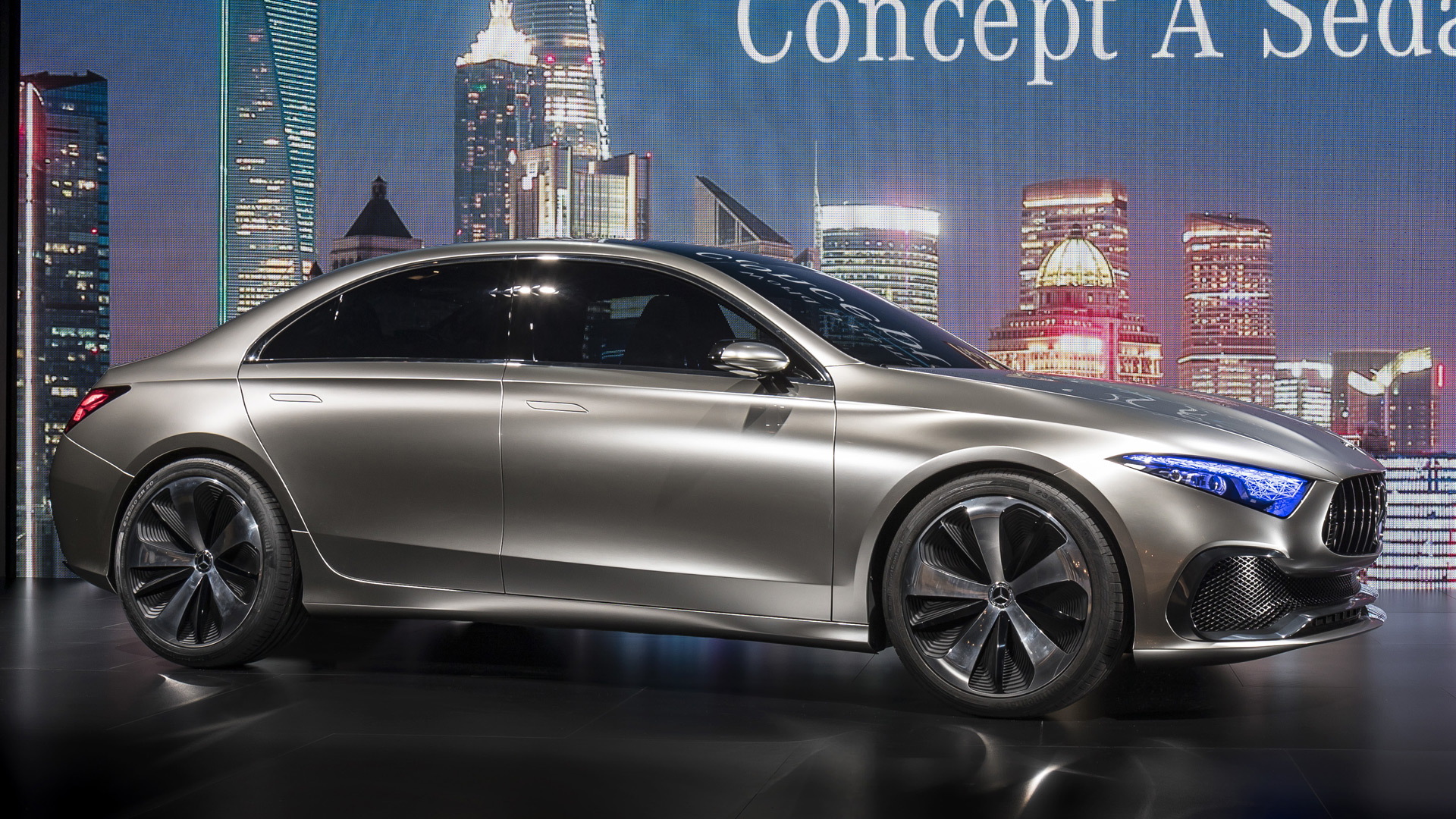 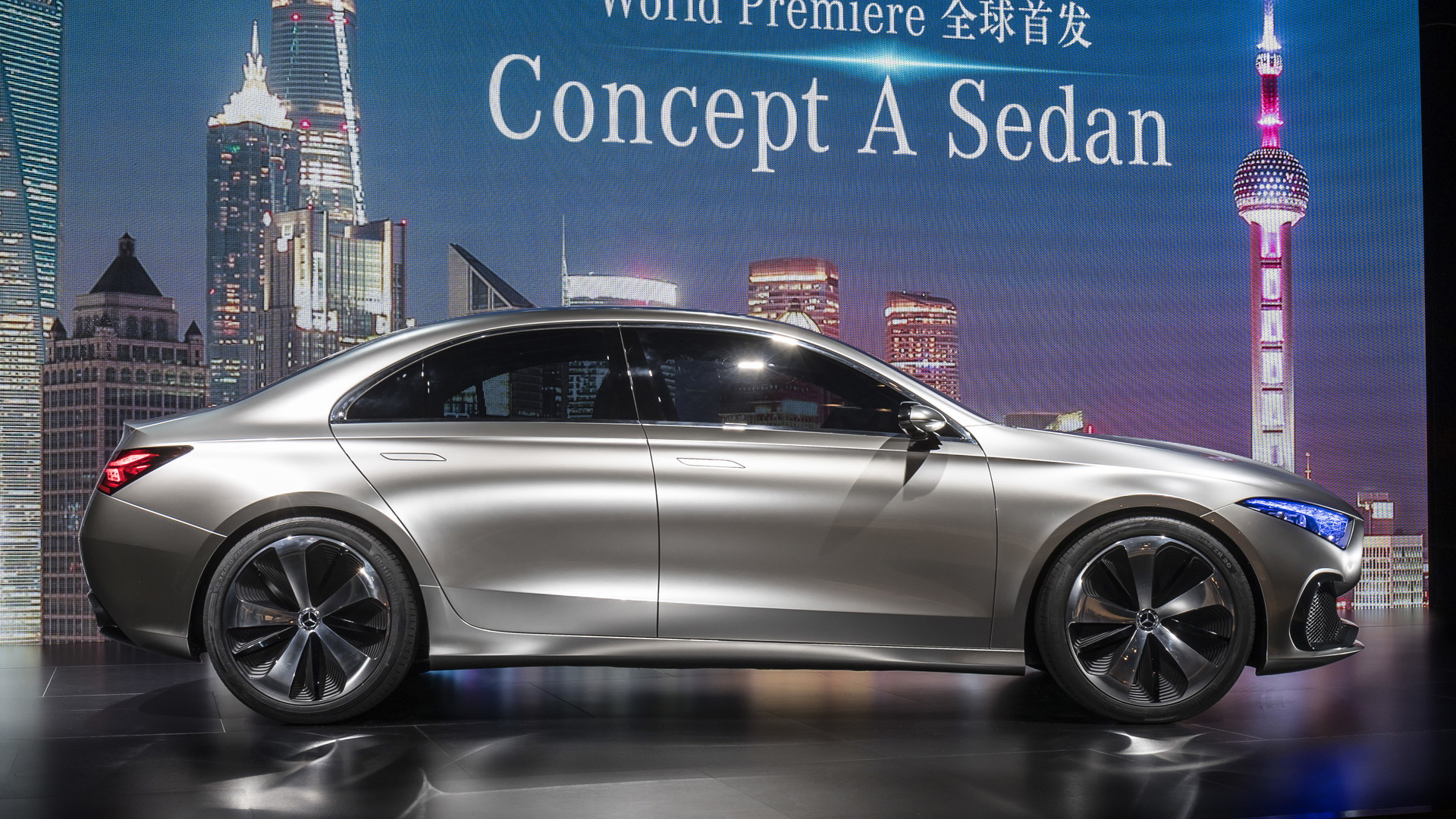 Mercedes-Benz already has the CLA, but the automaker sees room for a second, more practical sedan in its compact car family.

This new sedan was previewed on Wednesday at the 2017 Shanghai auto show by the A Sedan concept which also heralds the new look for Mercedes’ next-generation compacts.

The new look is clearly an evolution of Mercedes’ current design language known as Sensual Purity, and is contrasted by more defined proportions and smoother surfacing.

“Our concept A Sedan shows that the time of creases is over,” Mercedes design boss Gorden Wagener said in a statement. “With its perfect proportions and a sensual treatment of surfaces with reduced lines, it is the next milestone of Sensual Purity and has the potential to introduce a new design era.”

At 179.9 inches in length, the concept is similar in size to the CLA but should be roomier due to a longer, flatter roof and what appears to be a more cab-forward design. The concept also has taller windows, a more vertical C-pillar and shorter overhangs front and rear compared to the CLA. 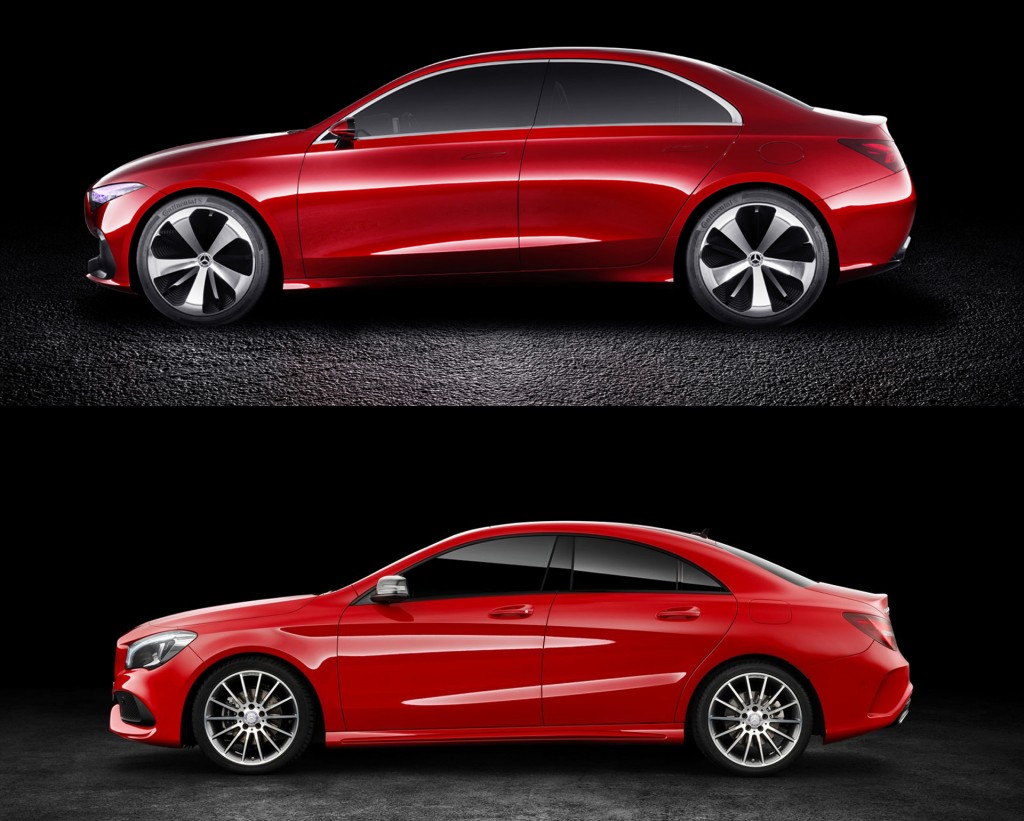 Mercedes-Benz A Sedan concept versus CLA

The 20-inch wheels, A-wing splitter and “Panamericana” grille are all elements we can expect on the future compact lineup from Mercedes-AMG. Don’t hold your breath for the ultra-low stance, flush door handles and grid structure of the headlights showing up on any production model, though. The grid structure was implemented to provide a contrast with the smooth body. It also features a special coating that enables it to give off a different glow whether it’s the daytime running lights shining on it or the main headlight projector.

Mercedes' current range of compacts based on the MFA front-wheel-drive platform have proven extremely popular, with more than two million of them sold since the first member, the current A-Class hatch, was introduced in 2012. The success has prompted Mercedes to add even more models for its next-generation compact car family based on an updated MFA2 platform.

One of these new models will be a production version of the A Sedan concept, likely to be called an A-Class. Others will include a rugged, G-Class-inspired SUV and possibly a convertible. These will be in addition to replacements for the A-Class hatch, B-Class minivan, CLA coupe-like sedan, CLA Shooting Brake wagon, and GLA urban SUV.

The first member of Mercedes’ next-generation compact family will be an A-Class hatch, prototypes for which have been spied. It’s due for a reveal later this year. It’s not clear when the A-Class sedan will arrive and whether Mercedes will even sell it in the United States.