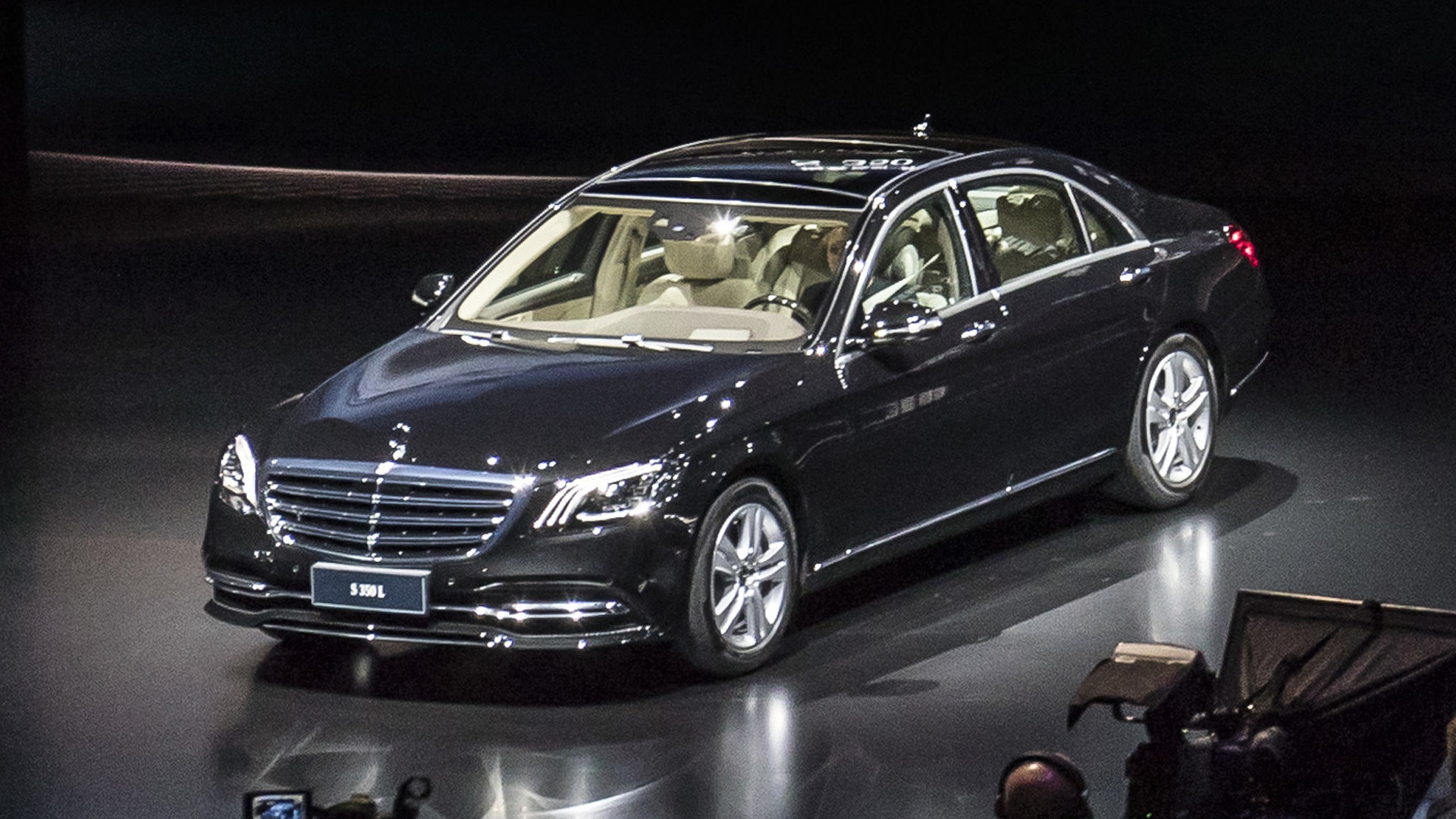 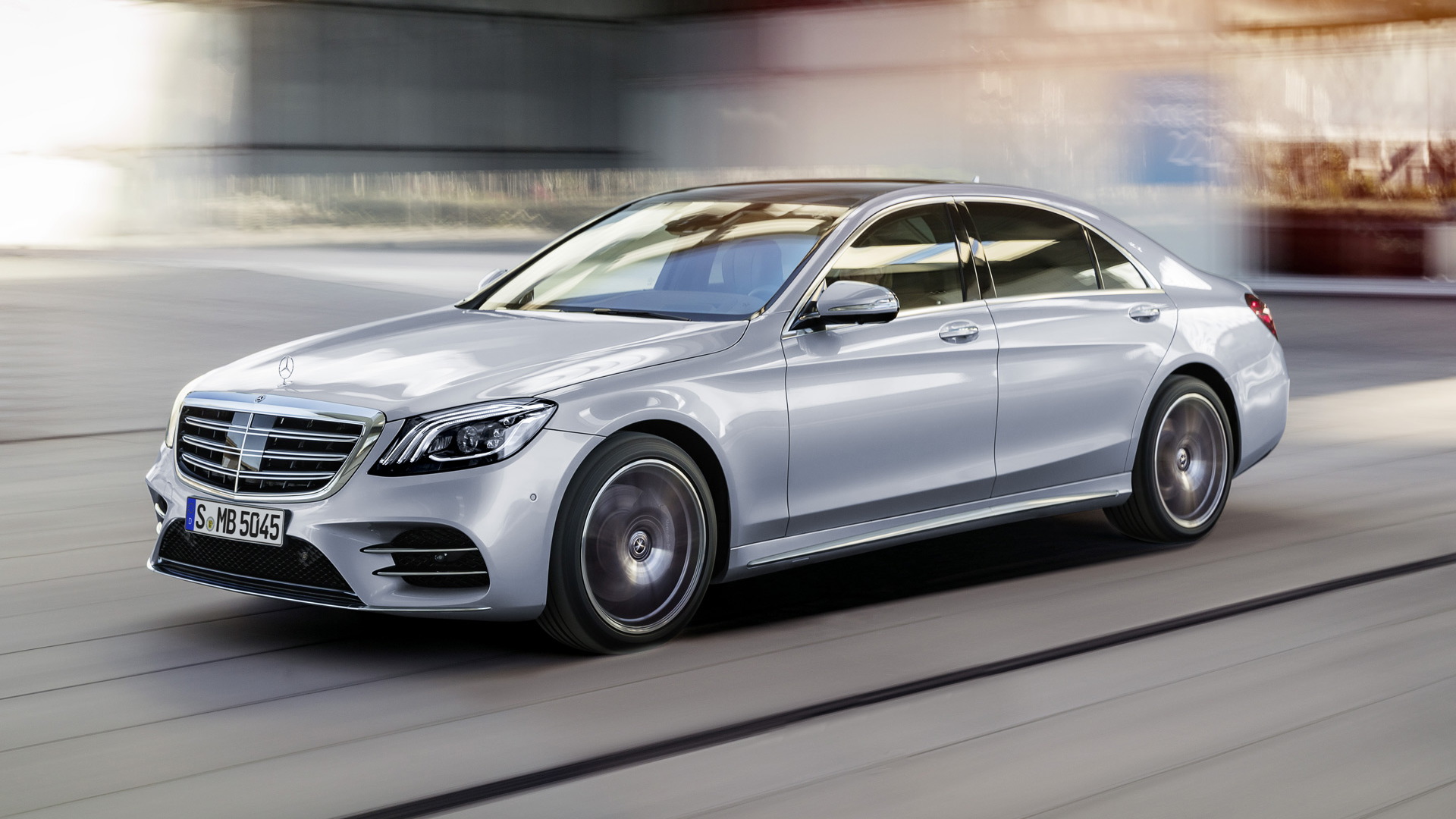 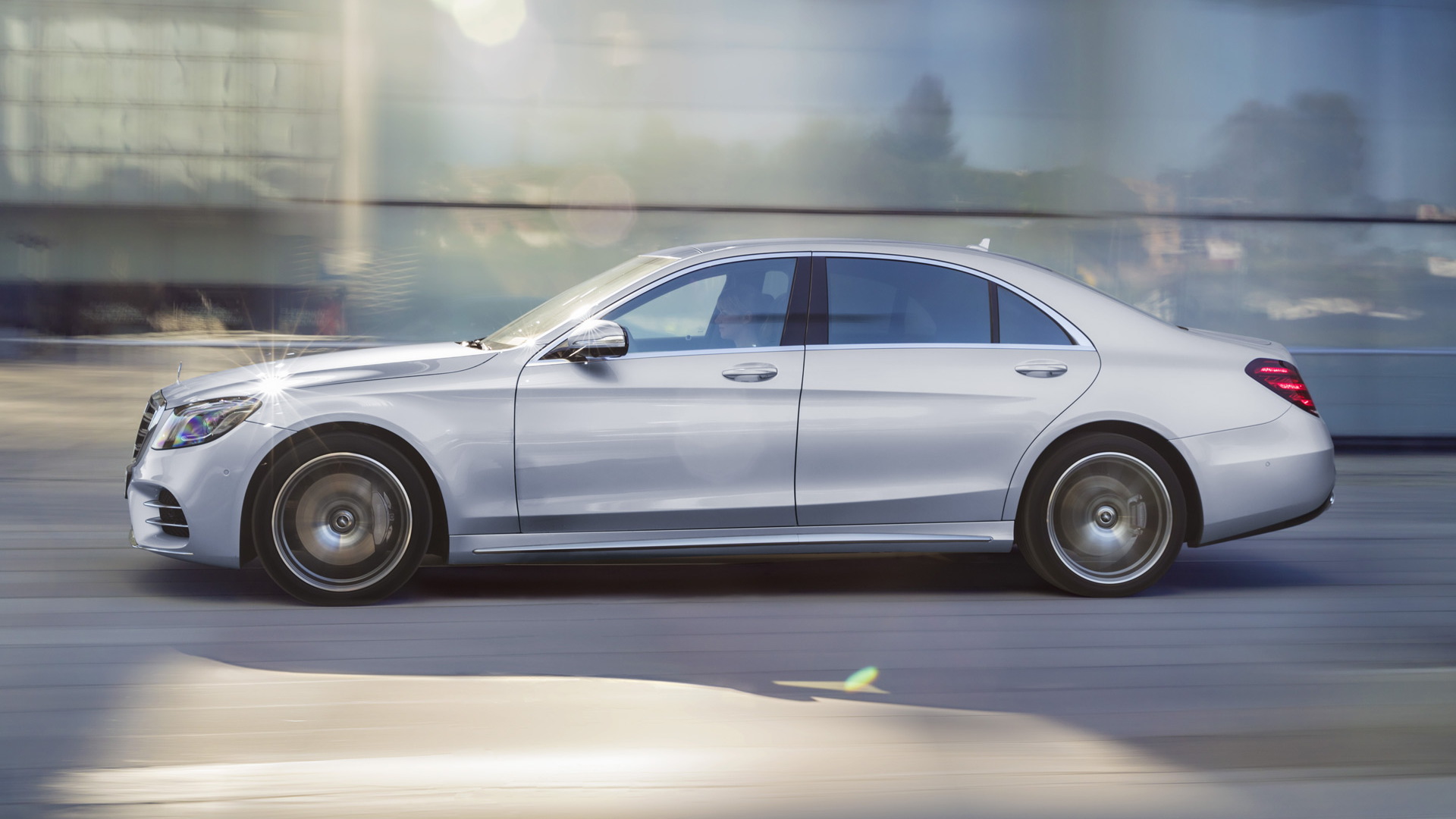 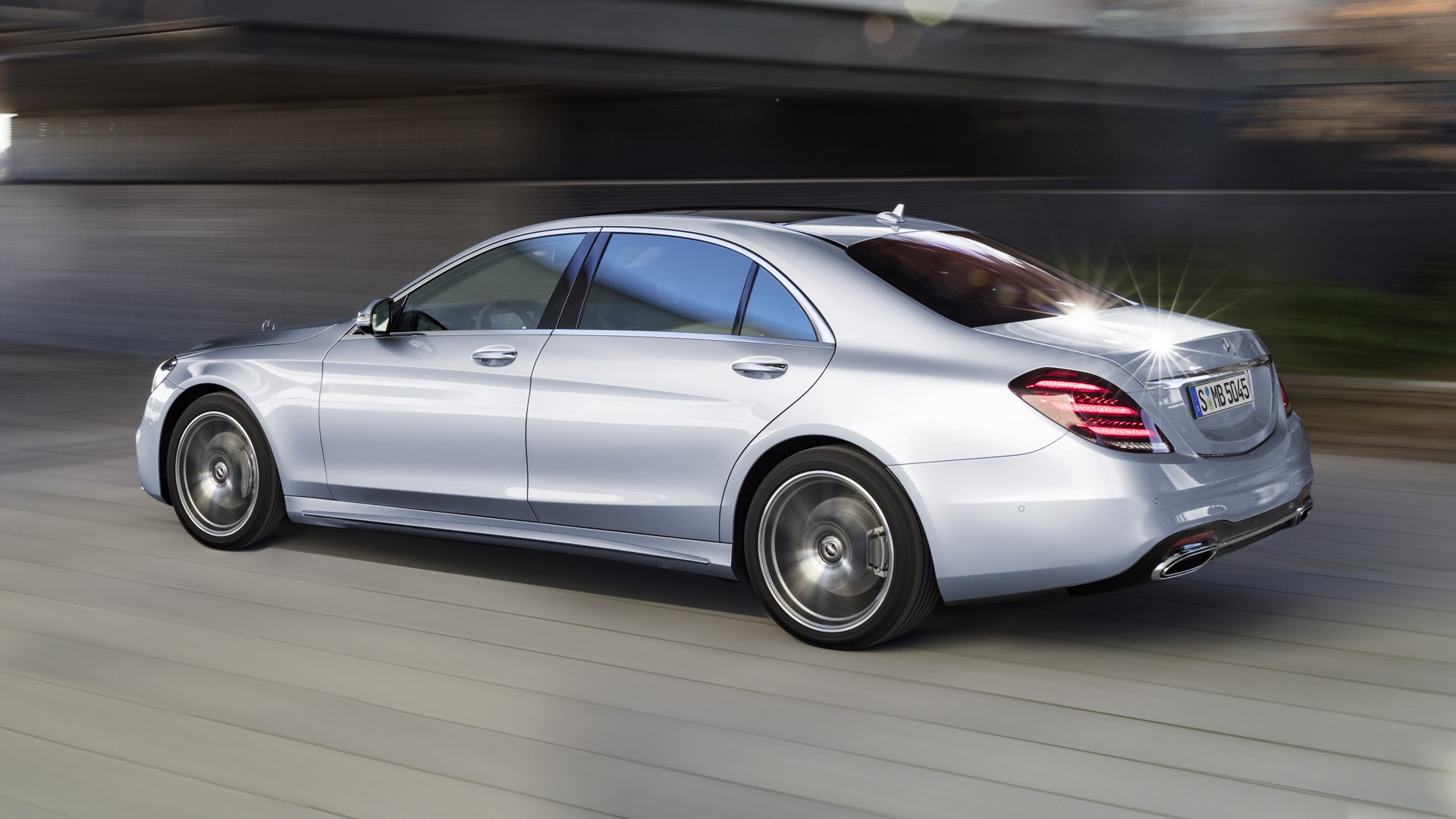 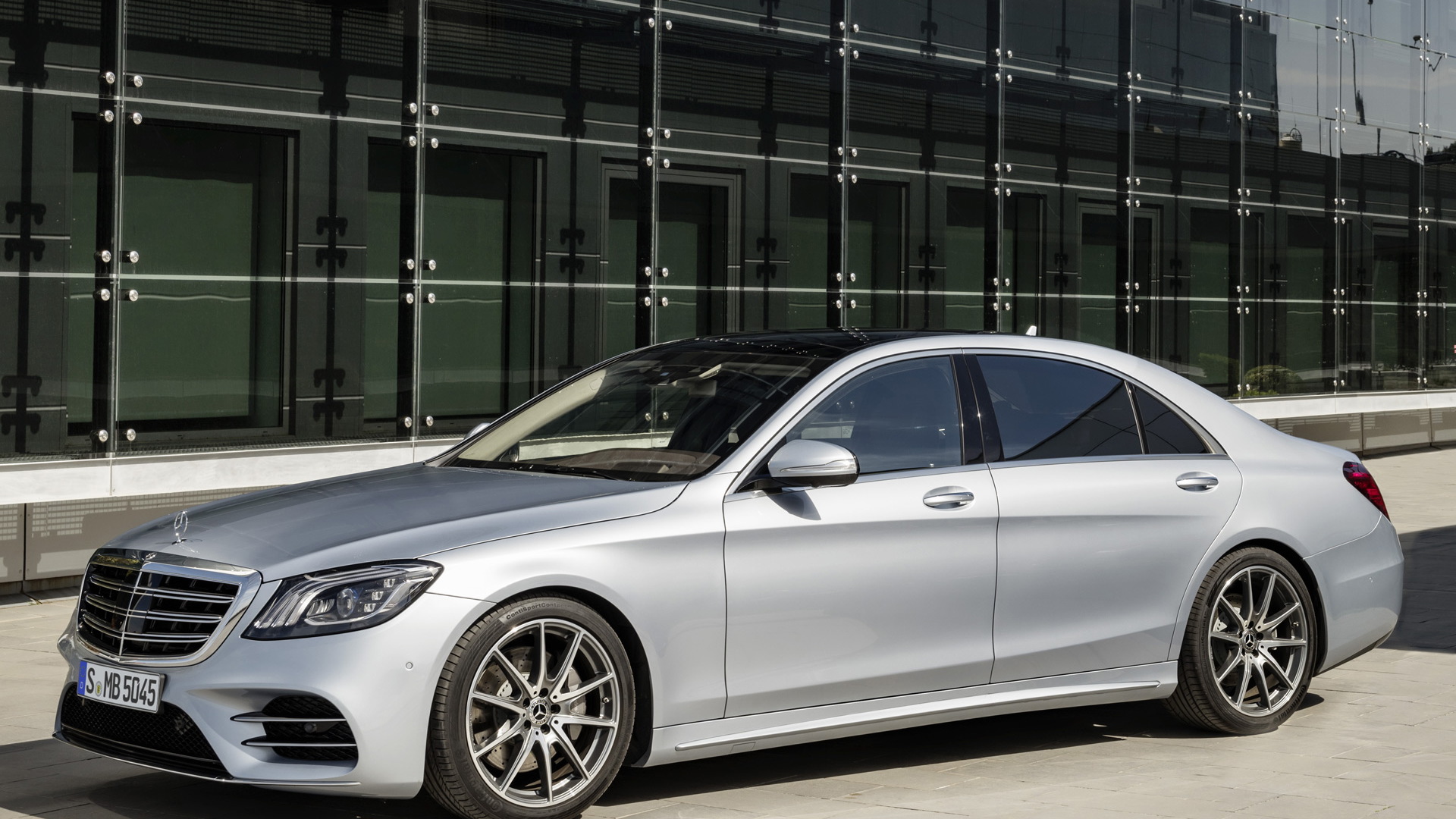 The current S-Class has been a huge hit for Mercedes-Benz. Over 300,000 examples have been sold since the car went on sale in 2013, and that’s the figure for sedans only.

The car, a W222 to all the fans, has now reached the midway point in its life cycle, and in Mercedes tradition it’s receiving an update.

Among  the changes are a wider light path for the headlights, more efficient powertrains, new comfort features, and new electronic driver assist features.

The changes to the exterior are minor, as is the usual practice in the flagship sedan segment. The grille has been revised and the internals of the headlights have been updated. The latter now includes three distinctive accents of light. The taillights also receive a three-bar design. The front bumper design used for the AMG models is much more aggressive and for those buyers opting for the Mercedes-Maybach S-Class, there’s a new Maybach logo between the louvers of the front grille.

In the cabin, the dual-screen digital dash now features a single pane of glass enclosing a pair of 12.3-inch screens. The odd-looking two-spoke steering wheel has been replaced with a more conventional three-spoke design featuring touch-sensitive controls, and the Burmester sound system benefits from a few extra speakers. Buyers will find new trim and lighting packages to further customize the cabin as well as a “wellness” feature that adjusts the climate control system (including fragrancing), the seats (heater, ventilation, massage), and lighting to make occupants feel more relaxed.

The headlights remain full-LED units and now feature an available “ultra-wide” beam pattern that lights up much more of the road and surrounding area. And thanks to matrix LED technology, the headlights can be left in high-beam mode without dazzling other road users. When there are oncoming vehicles or vehicles in front, the LEDs of the high-beam are switched off. The other areas of the road continue to be illuminated with the low-beam.

The big news are the new powertrains and revised model lineup. The base model in the United States is now an S450 powered by a 3.0-liter twin-turbocharged V-6 with 362 horsepower and 369 pound-feet of torque. In other markets, the S450 gets a 3.0-liter twin-turbocharged inline-6 with mild hybrid tech also delivering 362 hp and 369 lb-ft. Also offered in other markets is an S500 with the same inline-6 mild-hybrid engine but with 435 hp and 383 lb-ft.

Finally, there are some new, state-of-the-art electronic driver assist goodies. The highlight is a feature enabling the car to automatically adjust its speed for a number of road situations. Mercedes lists bends, highway exits, junctions, roundabouts and toll booths as examples. The feature relies on enhanced camera and radar systems as well as map and navigation data to calculate driving behavior.

The updated S-Class also gets Mercedes’ curve-tilting system (previously it was only on the S-Class Coupe) where the body can tilt to the inside of a turn by up to 2.65 degrees, reducing the centrifugal forces perceived by passengers. Also worth mentioning is the upgraded lane change assist feature. Now tapping the indicator stalk is all it takes to initiate a lane change. This lane change is executed within the next ten seconds within a certain speed range and if the vehicle sensor system does not detect any vehicles in the relevant safety zone the driver might have missed.

The updated S-Class is due in showrooms this fall, as a 2018 model. The car made its world debut on Wednesday at the 2017 Shanghai auto show.

Note, Mercedes is yet to reveal details on the plug-in hybrid version of the S-Class which is set to receive “EQ Power” badging and a wireless charging system.

For more Shanghai auto show coverage, head to our dedicated hub. And for more on the S-Class, read the in-depth reviews at The Car Connection.