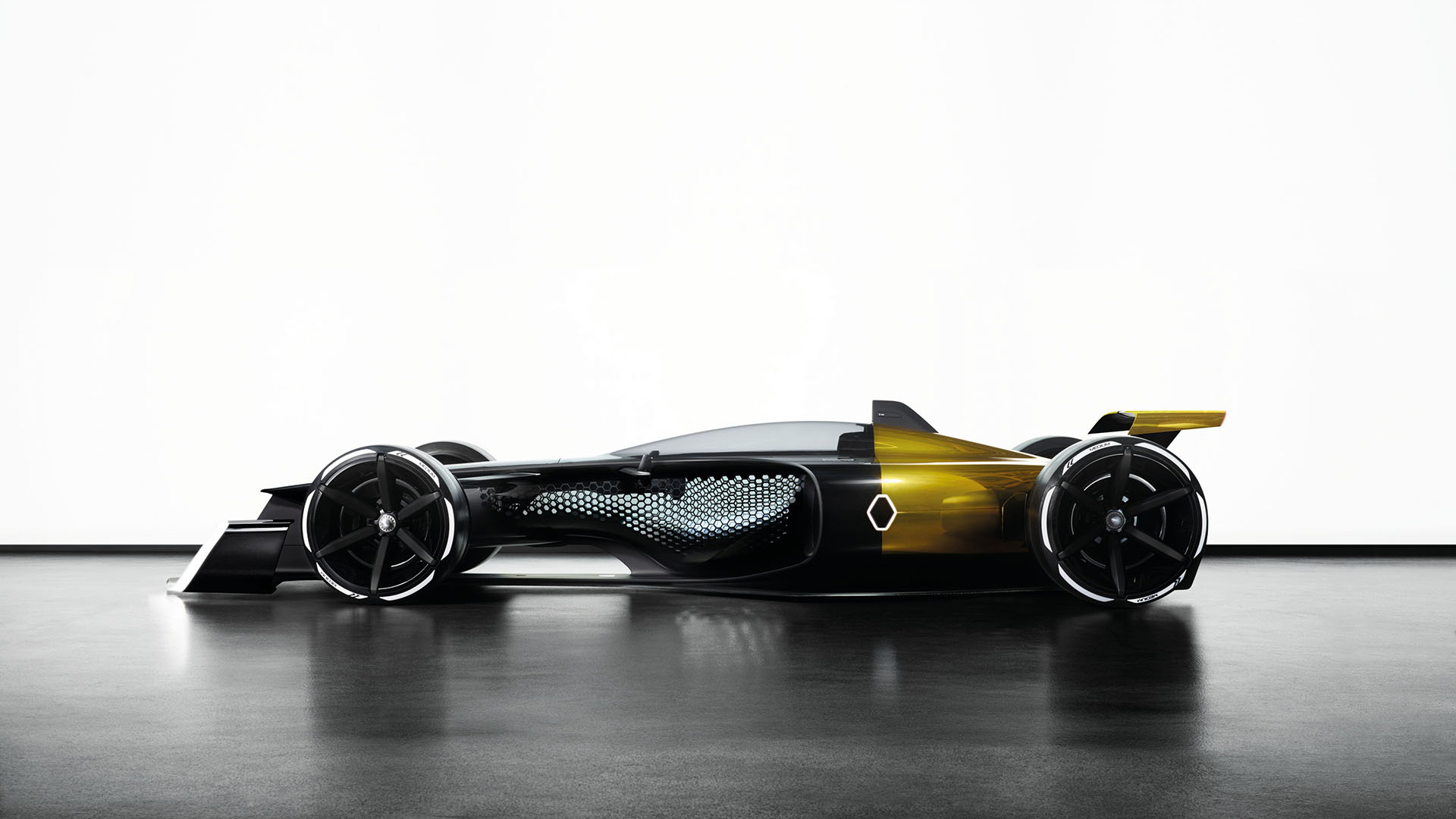 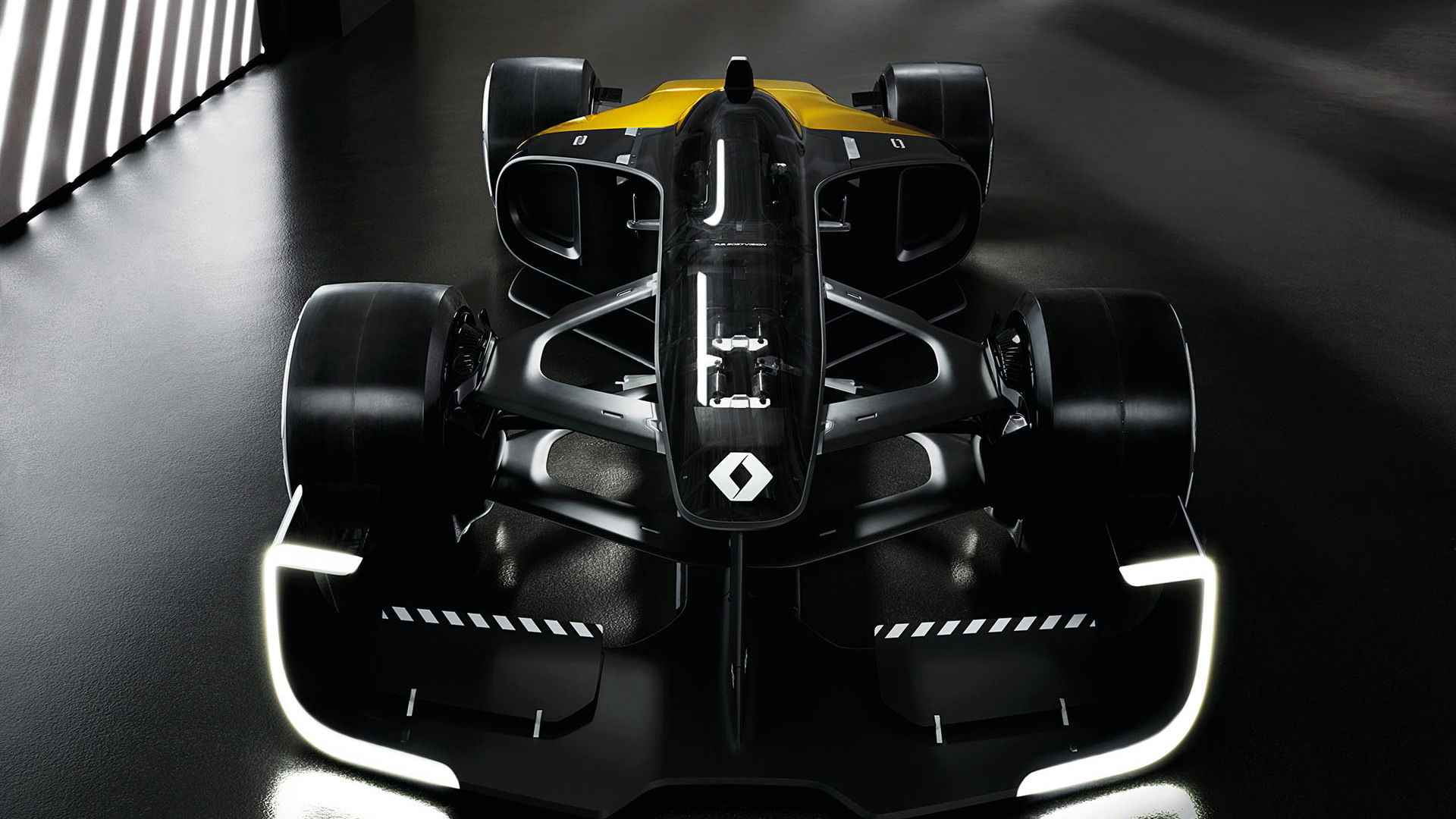 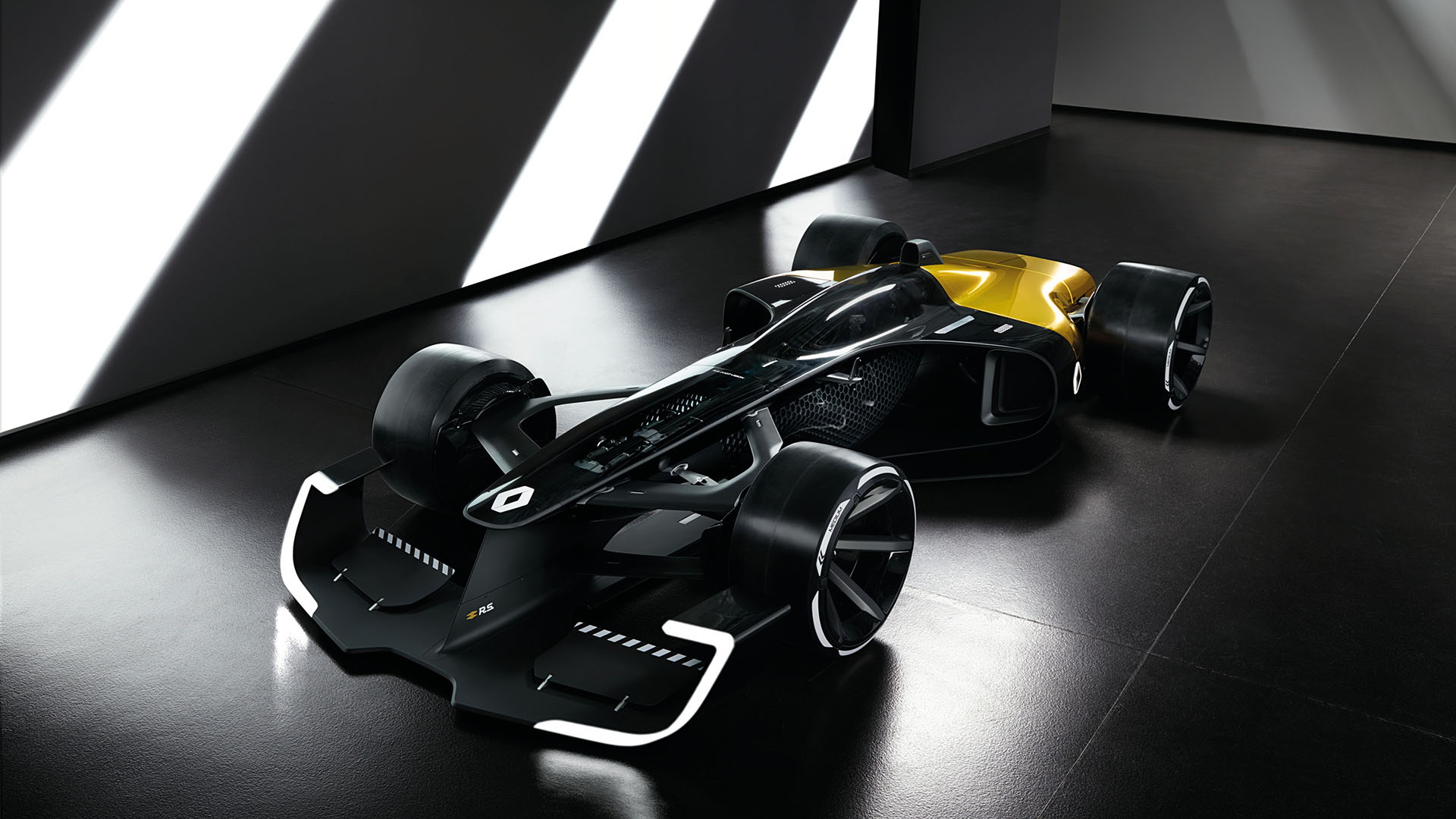 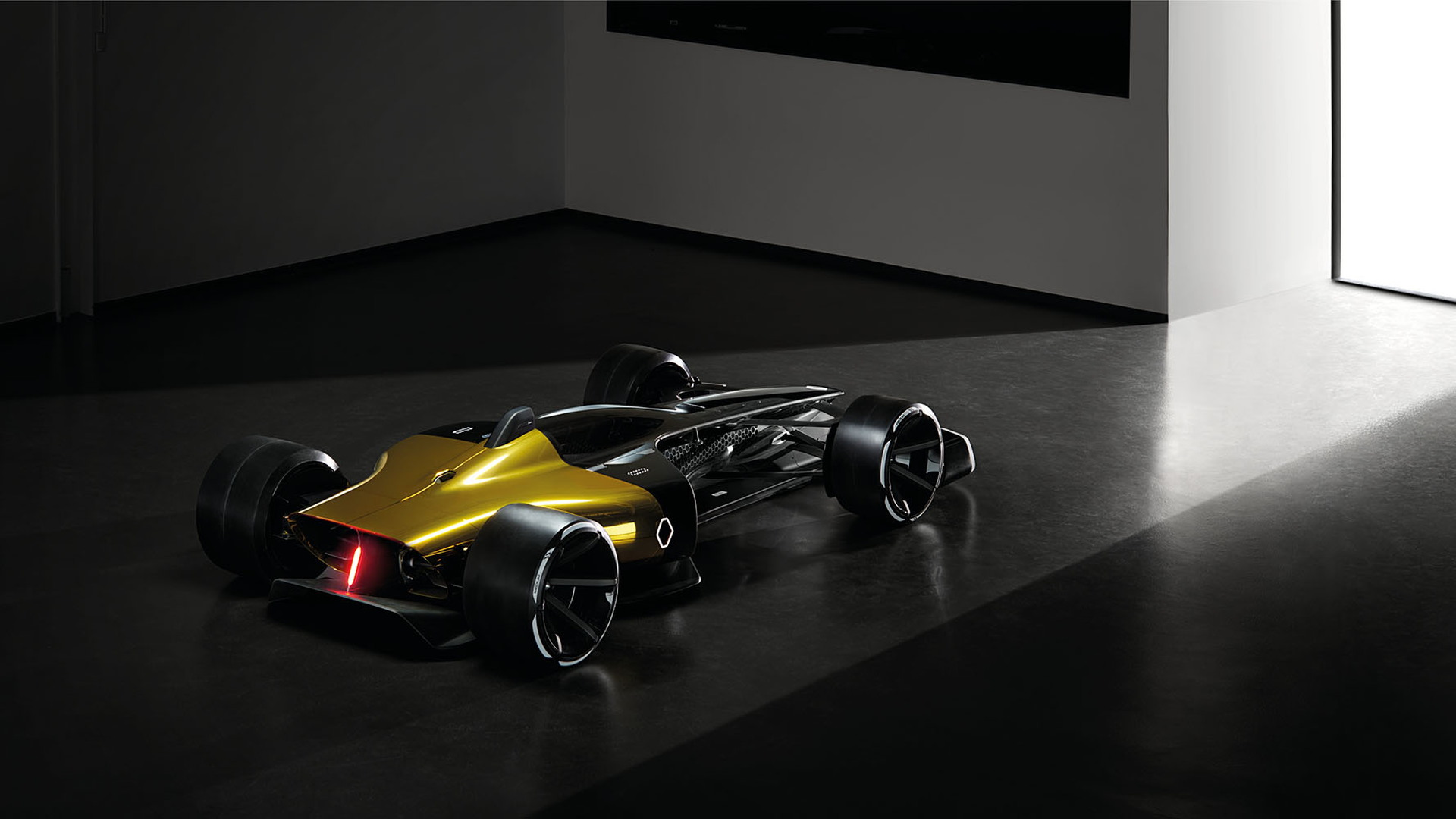 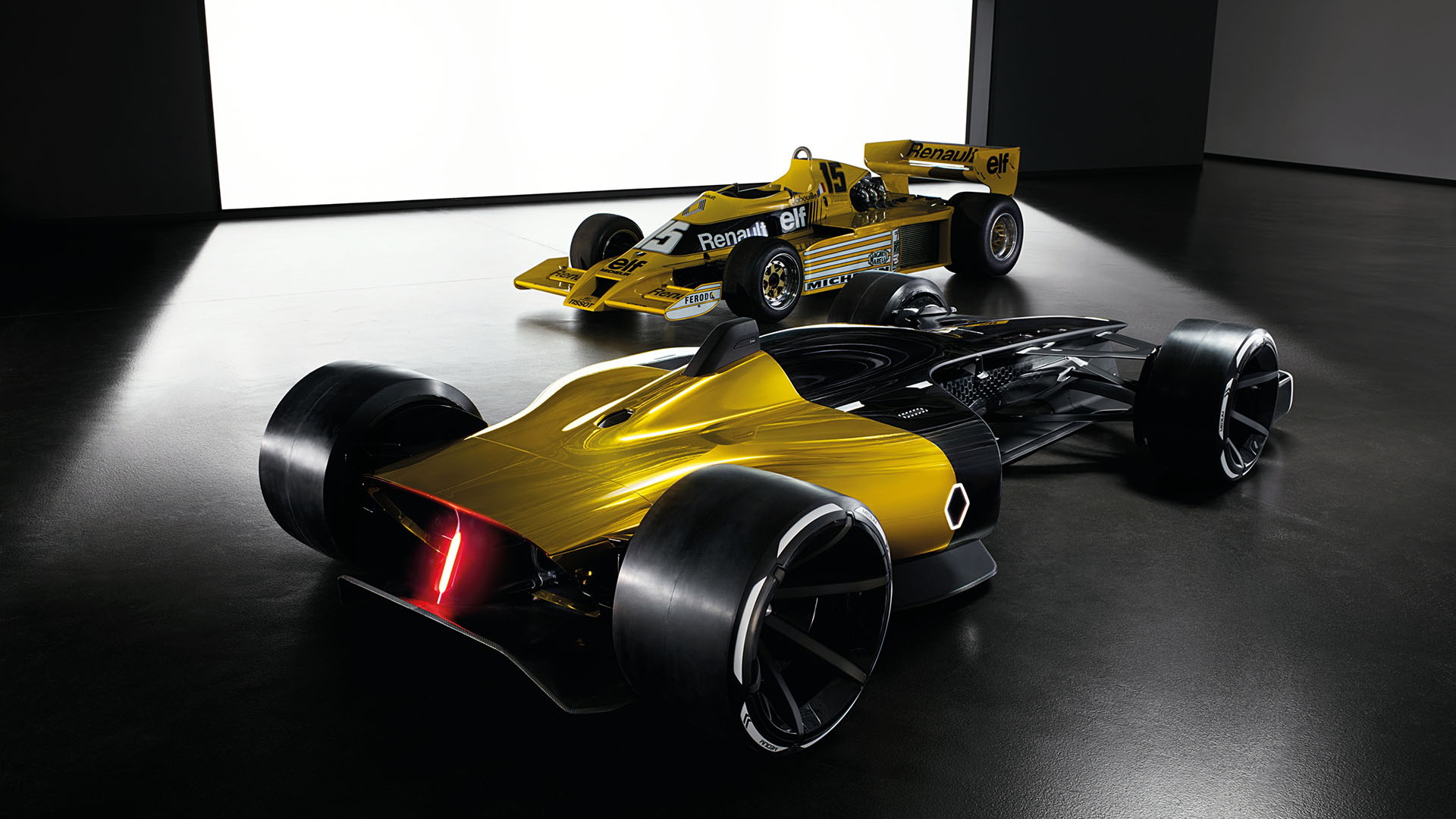 Renault has a pretty clear idea of what it wants Formula One to look like in the future. At the Shanghai auto show, the French automaker unveiled the new RS 2027 Concept as its idea of what F1 will look like a decade from now.

That begins with making the driver more visible to spectators, thanks in part to a transparent cockpit with a polycarbonate roof. That's right: in a bid to increase safety and protect drivers from impacts, Renault envisions a future in which our current open cars have been abandoned to history. A transparent helmet is also part of the mix, though it's unclear how that technology will work.

Renault has also included an autonomous mode, to be activated in the event of crash.

The company doesn't say too much about what powers the concept, but we do know there's a hybrid drivetrain onboard, as Renault says an electric motor will take over for pit stops. We also know the car boasts all-wheel drive and four-wheel steering.

The hybrid powertrain is part of what the company calls an "environmentally respectful" form of Formula 1, in which competitors see their fuel capacity halved over the next 10 years. The company believes a reliance on electric power and high-density batteries will make up the gap.

Much of this sounds less than appealing from a spectator's point of view, though Renault does throw fans a bone in the form of visibly active aerodynamics, LED lighting in the wheels, and instantly viewable telemetry.

How much of this will come to fruition? Only time will tell. But it's a fun mental exercise in the meantime, and Renault's concept certainly has some ideas to make us think.