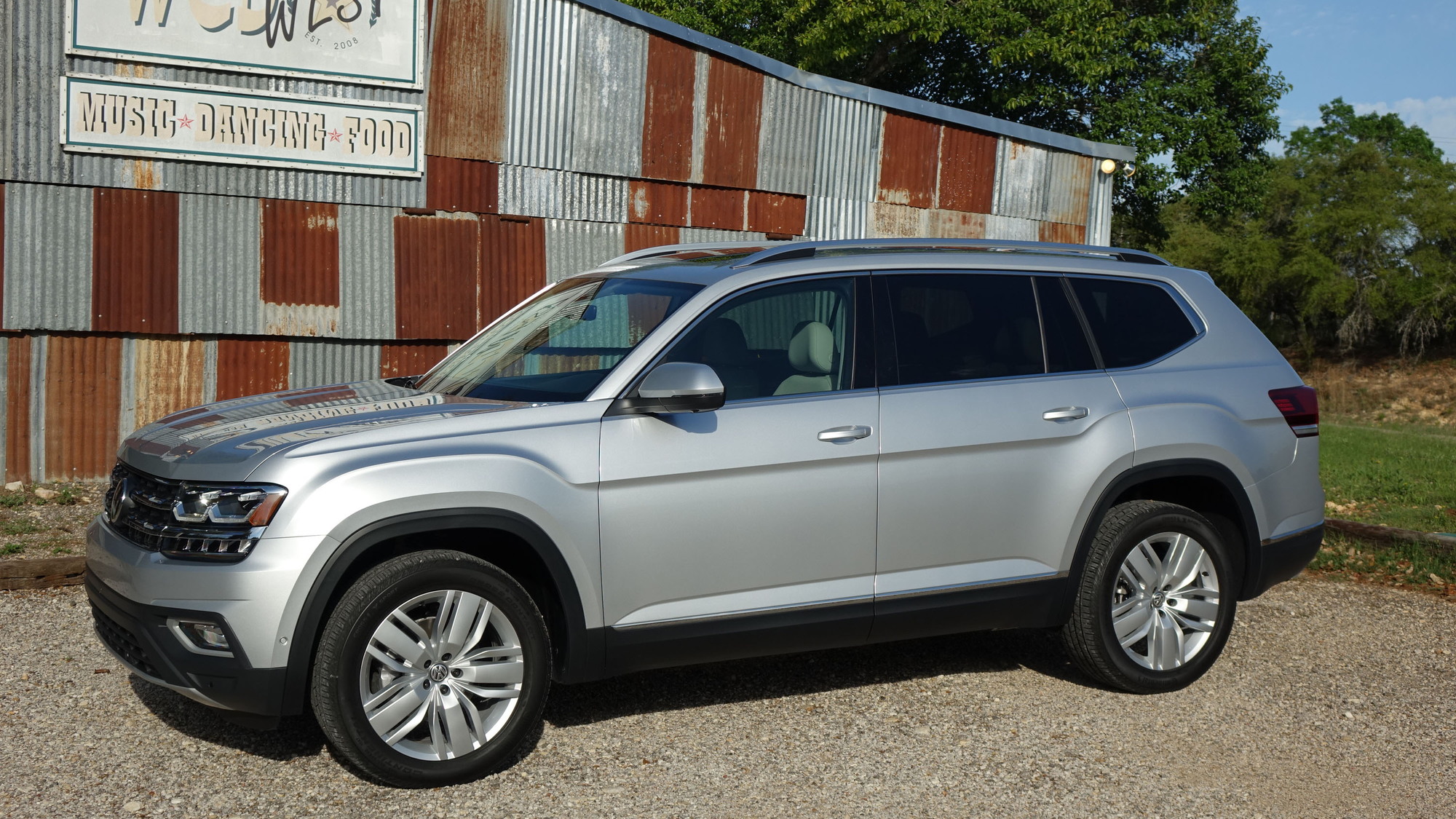 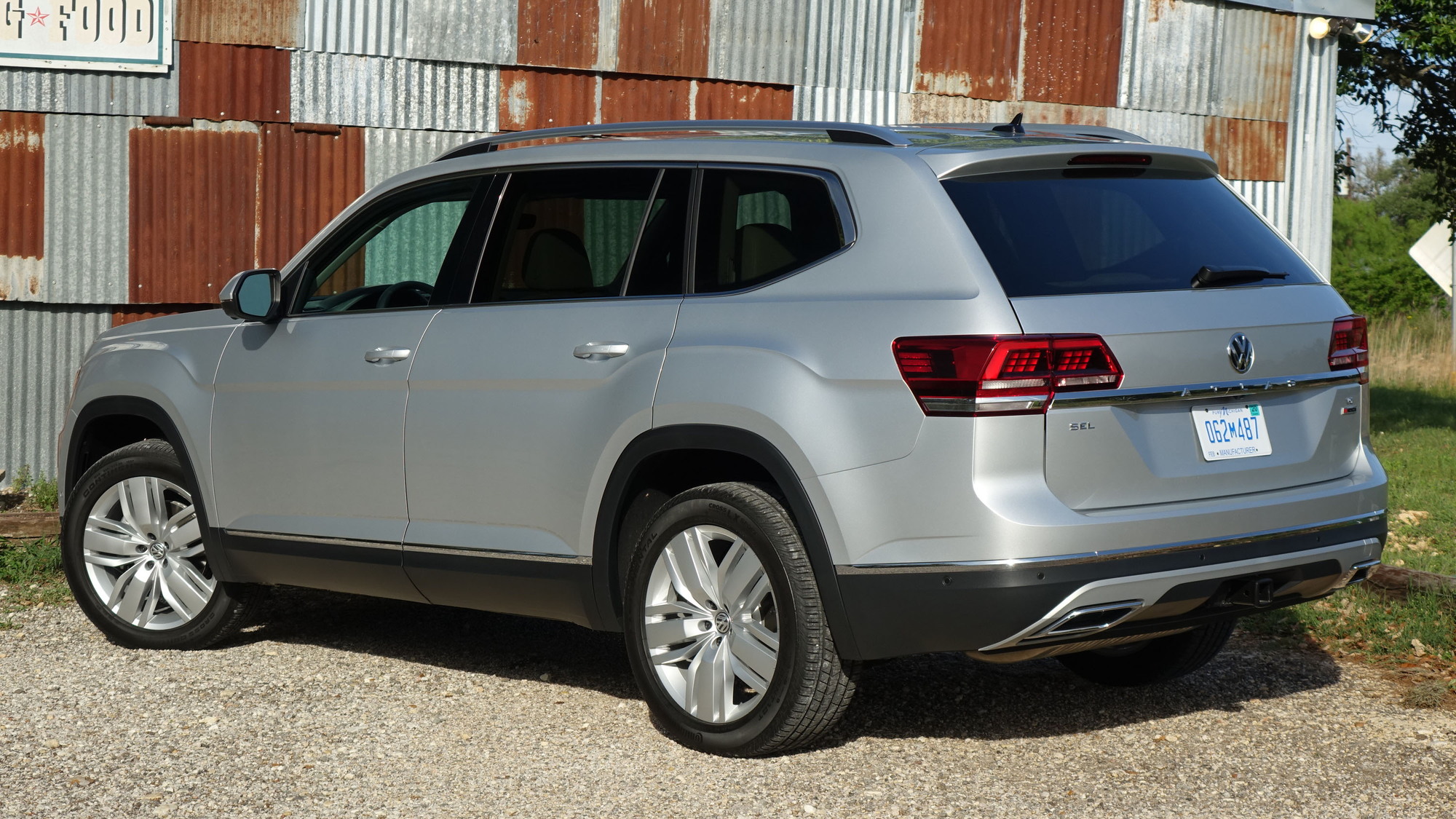 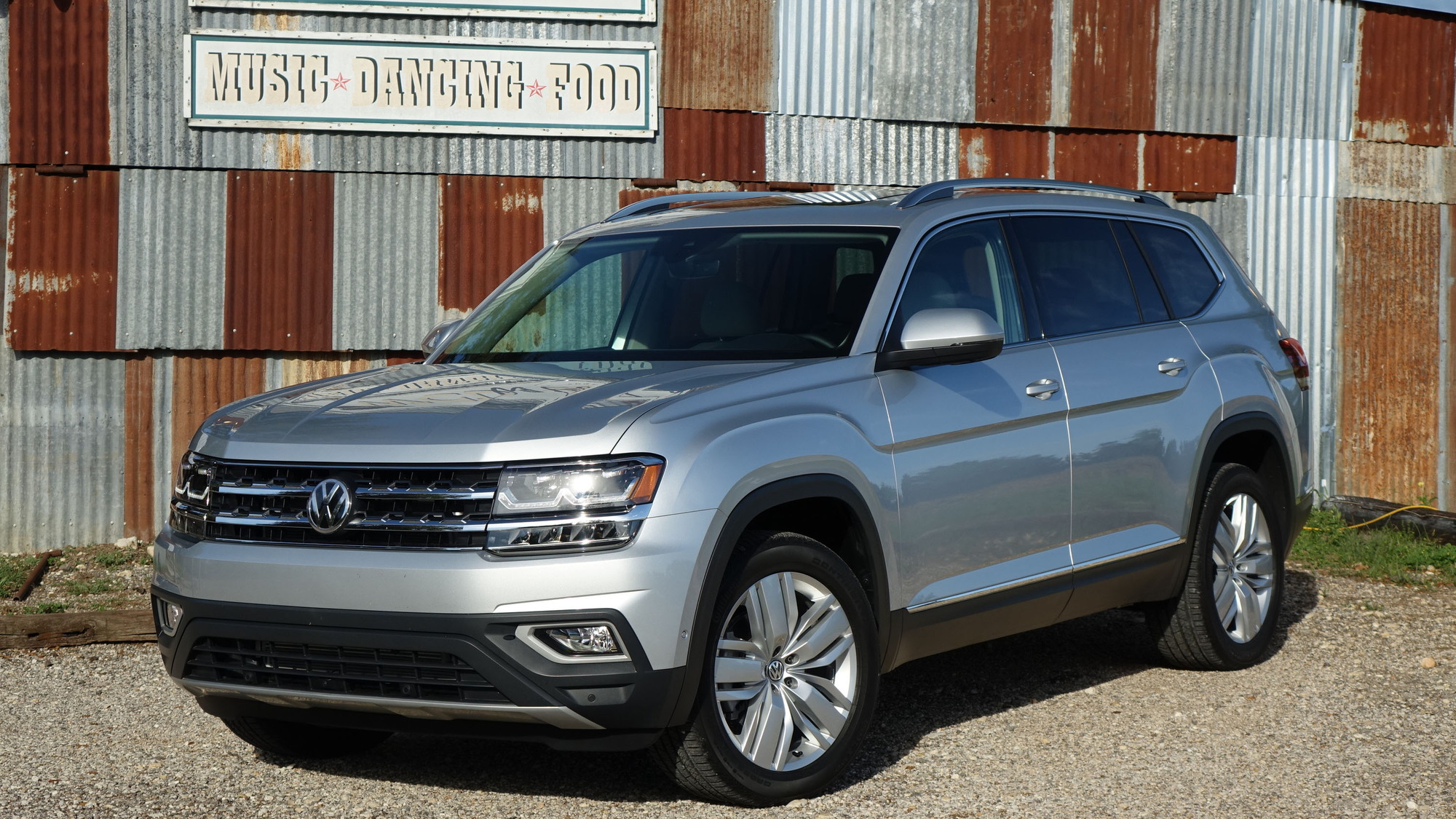 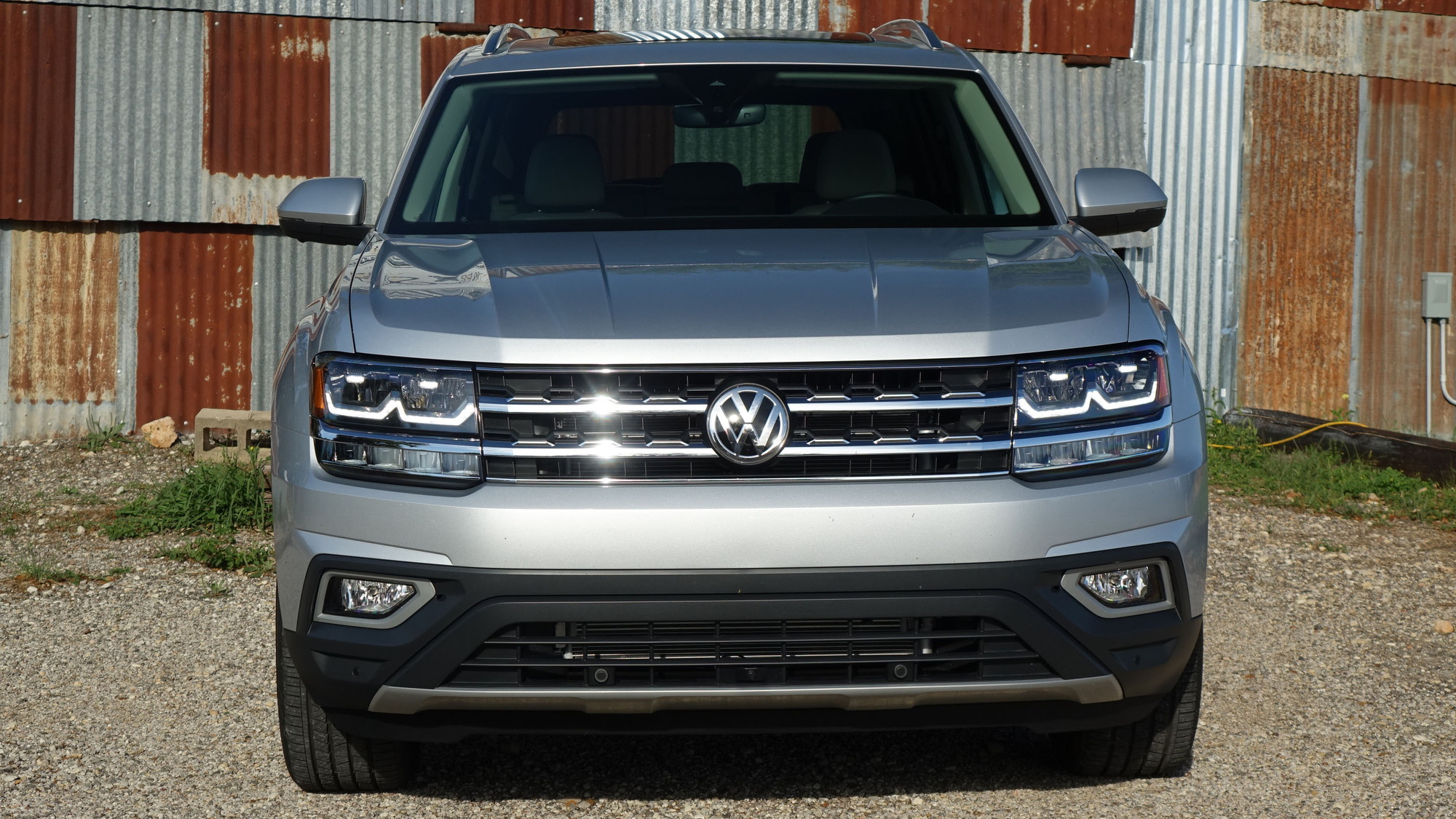 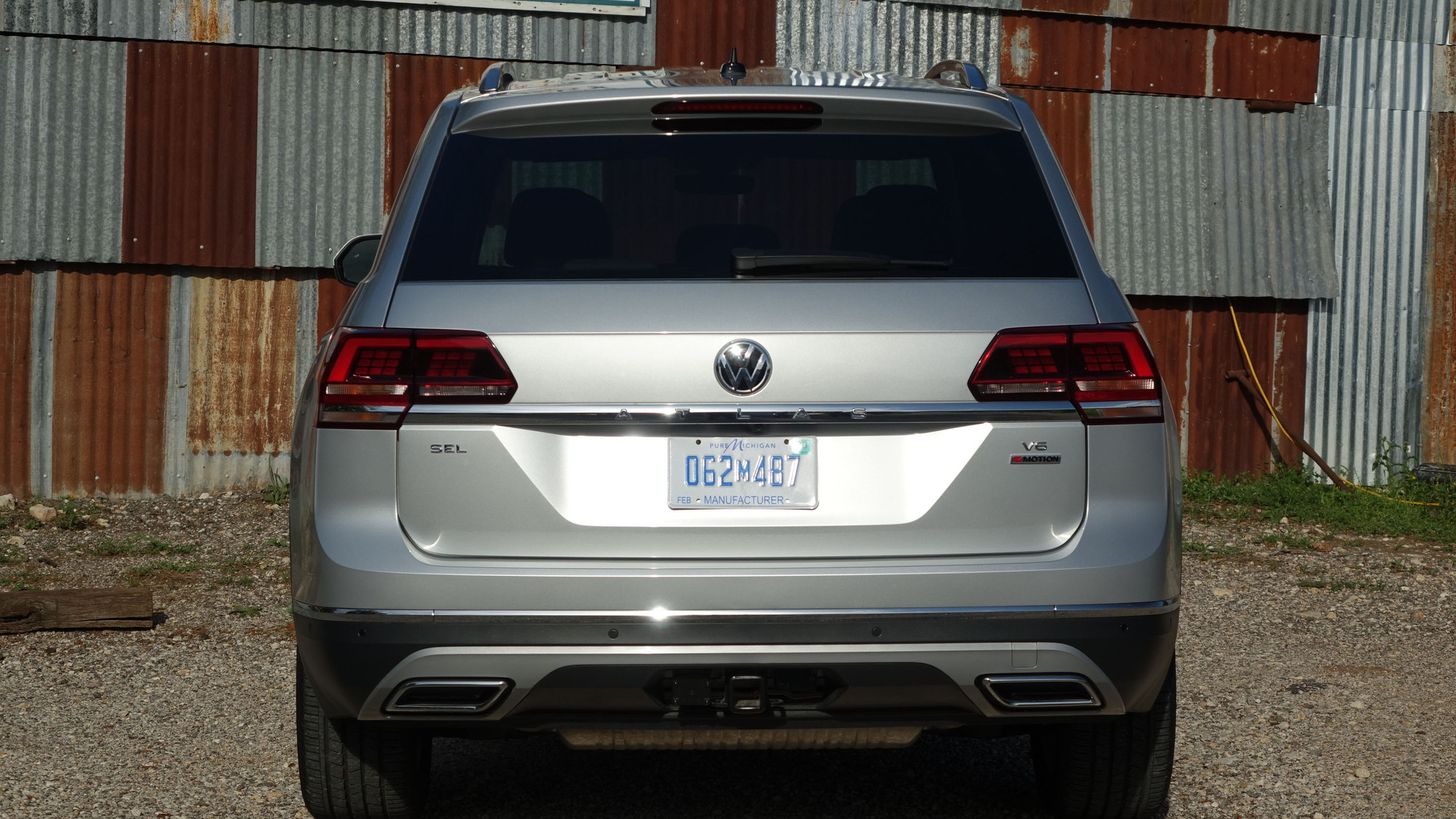 We've been hearing about the VW Atlas for nearly half a decade now, which means the German automaker has had a lot of time to figure out just what makes three-row crossover buyers tick.

The end result, after a few show cars and a lot of rumors, is a thoroughly competent entry into a competitive segment. It's supremely comfortable and generally well-aligned with what buyers around these parts are after. But, like the Americanized VW Passat that preceded it, the Atlas is light on flair. To find out if it belongs on your family's shopping list, we headed to the Texas Hill Country, with its wide-open roads and a rapidly encroaching suburbia full of Honda Pilots and Ford Explorers to get to know the VW Atlas.

Here's a taste of what we found.

Well, kinda. The Atlas rides on VW's sophisticated scalable MQB architecture. VW aims to milk MQB for all its worth—which it should, since it spent about the GDP of the Dominican Republic developing MQB. What makes MQB unique is that it can be stretched and shrunk in every direction. Moreover, the Atlas' base 2.0-liter turbocharged 4-cylinder, which we haven't yet driven, has also been plucked from the GTI. In this application, it's rated at 235 horsepower and 258 pound-feet of torque. But most Atlases (including any with all-wheel drive) will instead use the brand's smooth but thirsty 3.6-liter V-6, an evolution of the VR6 line that dates back to when each VW division had its own engines.

2. Underneath, it's not an Audi or a Porsche

Don't think of the Atlas as the replacement for the Touareg. VW has signed the Touareg on for at least another year in America (after all, the company's executives need something to drive to work). But the Touareg starts right where the Atlas ends, at about $50,000. The Touareg is basically a Porsche Cayenne built down to a price, which isn't a bad thing. But, as we all know, nobody (other than those executives) has been putting Touaregs in their driveways here (although it's quite popular in Germany).

3. It definitely delivers what buyers want

The Atlas is big outside and huge—yuge, if you will—inside. Each of its three rows offers above average accommodations. Driver and shotgun get wide seats with deep cushions. The second row is hardly second class thanks to legs-crossed room for three, fore/aft adjustment, and a reclining backrest. But the real surprise is the third row, which is reasonably comfortable for two adults and easy to access even with a child seat still strapped into the second row. Simply pull a lever and the second row slides forward to create a wide opening.

4. But VW has been down this path before

The Atlas is built alongside the Passat in Chattanooga, and it kind of feels like a big crossoverized Passat. While there's nothing inherently wrong with the roomy and comfortable Passat, its vanilla flavor hasn't exactly made it a hit with consumers. The Atlas takes those virtues and grows them in every dimension—but what may help it is that it's the first homegrown three-row effort VW has sold here since the last Eurovan hotboxed its way out of a showroom about 15 years ago.

Go for the basic Atlas and it's predictably spartan. But keep ticking options boxes and you'll wind up with Digital Cockpit, the segment's first LCD instrument cluster. It's basically a "light" version of Audi's Virtual Cockpit, now offered in all of its models. There's not really a "killer app" with the Atlas that makes it stand out against the competition, but there's also nothing lacking as long as you have the cash to spend. A loaded Atlas knocks on $50,000, but that's not out of line with high-spec Honda Pilots and Toyota Highlanders.

Oh, yeah. VW deliberately violated emissions rules, which means that the originally planned turbodiesel that could have given the Atlas more than 30 mpg on the highway is a no-go.

On models with the Digital Cockpit , the line of idiot lights above the instruments even has a spot where the glow plug lamp could illuminate. It’s not normally visible, but in bright light it’s a tantalizing reminder both that the Atlas coulda, woulda, shoulda offered a turbodiesel and that the part is likely shared with many other VW Group products.