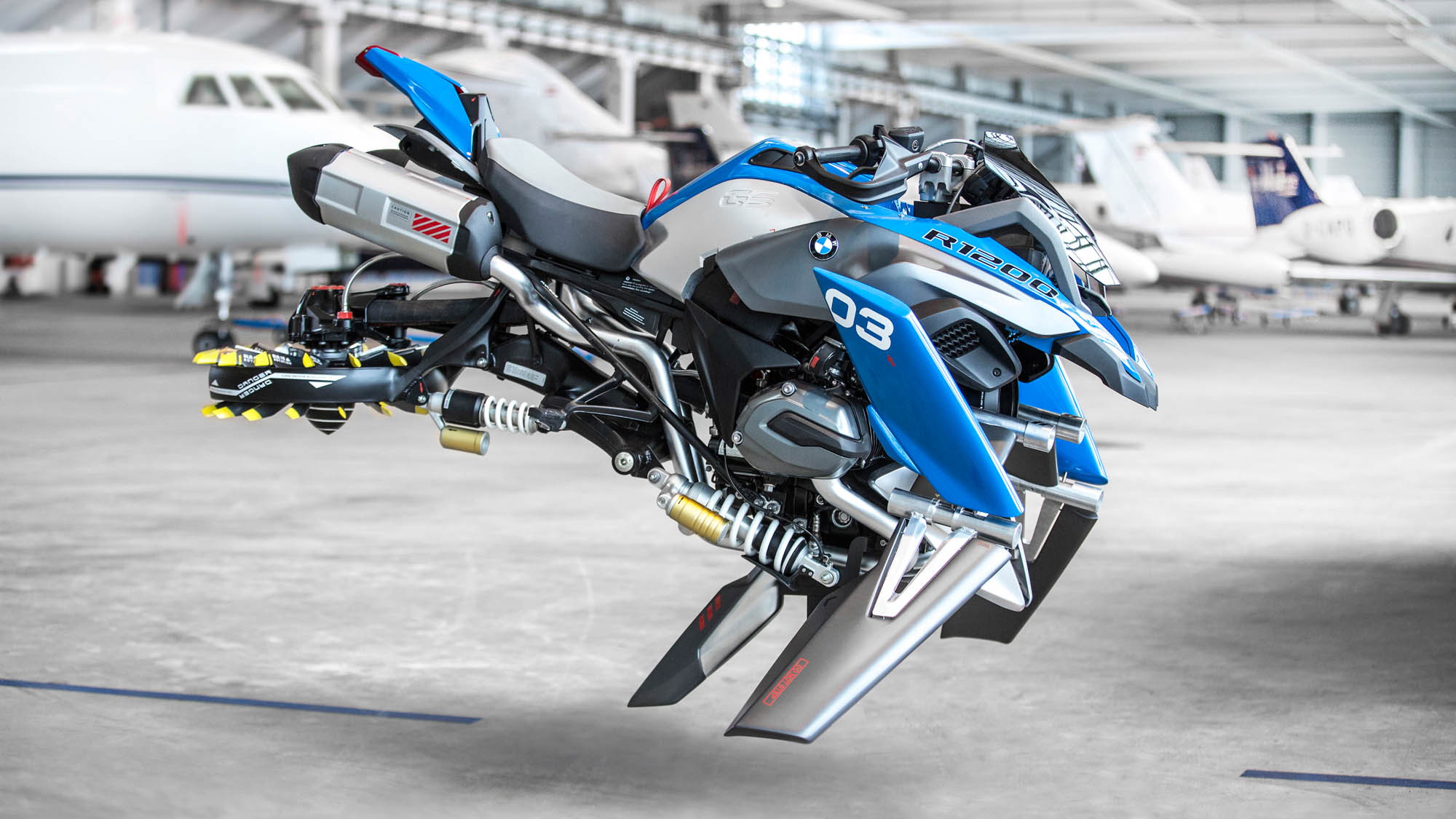 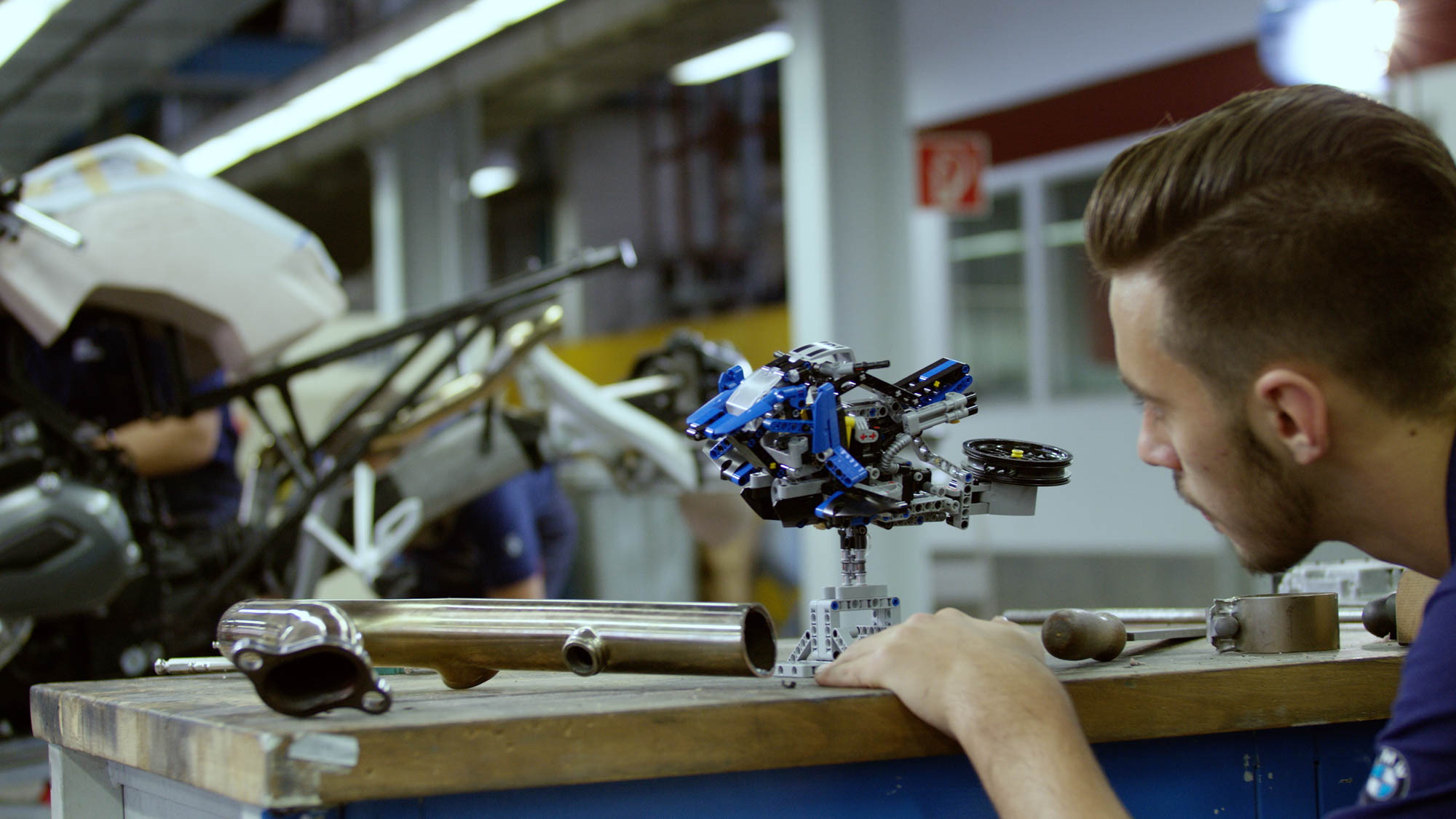 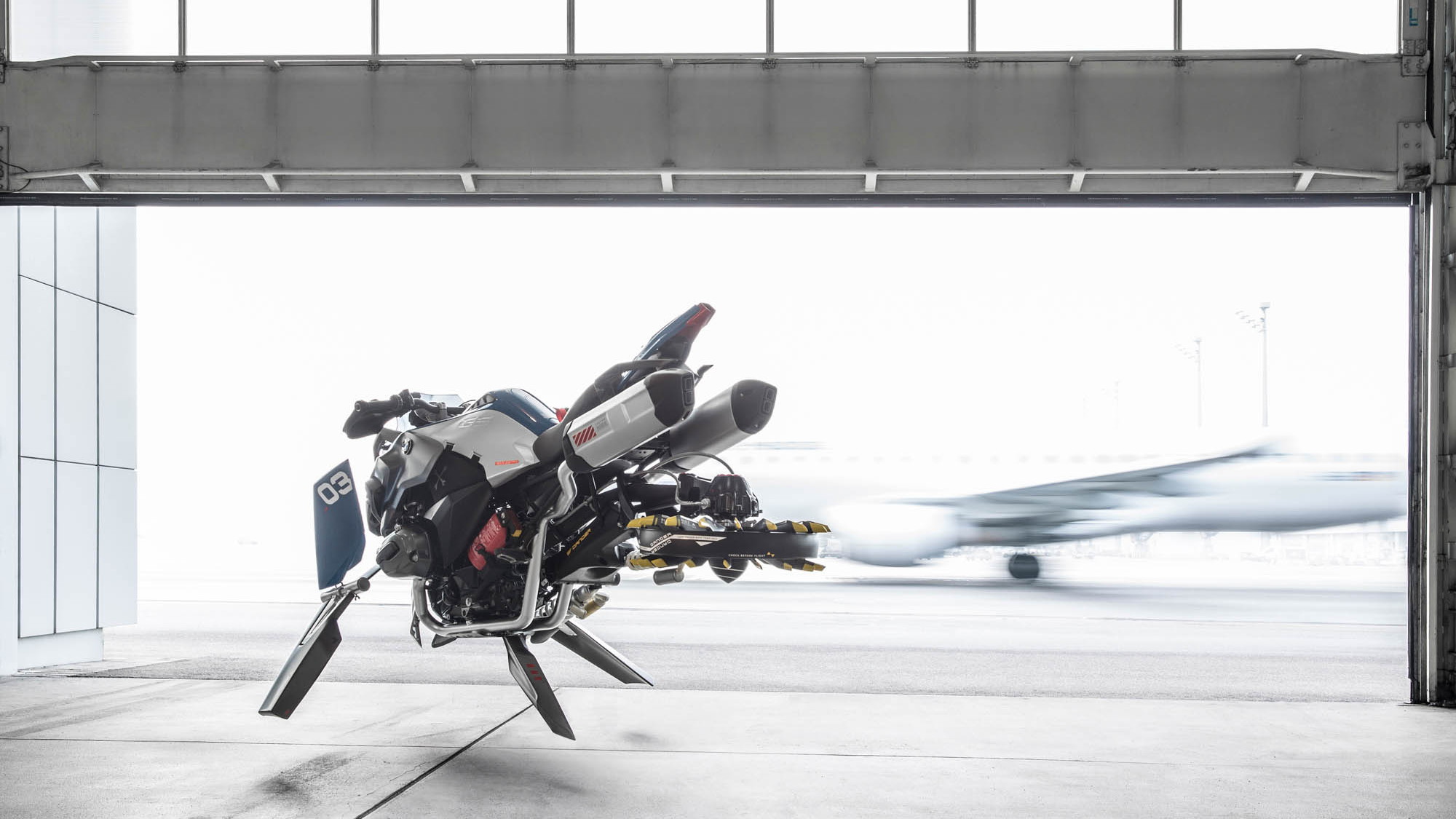 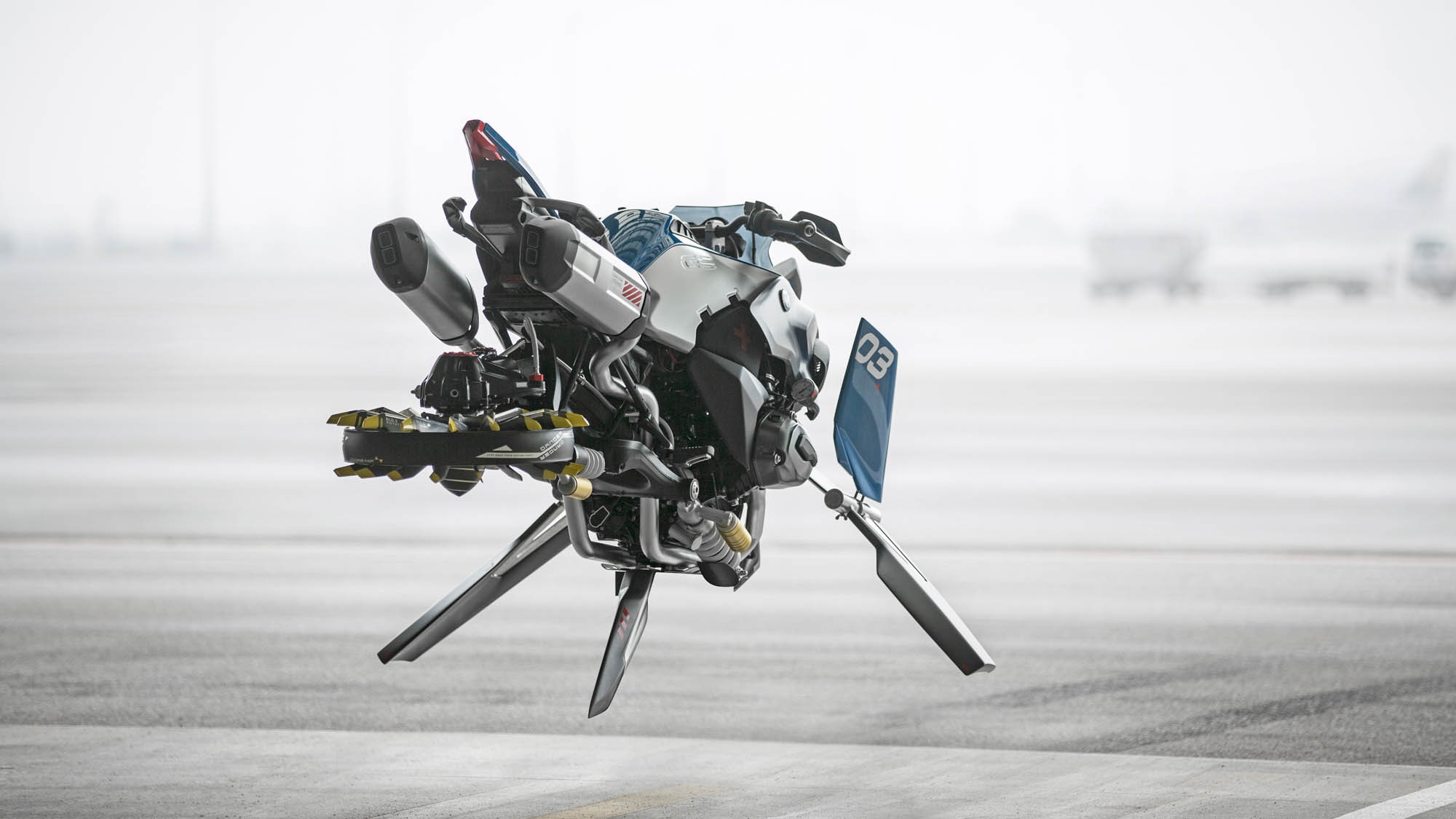 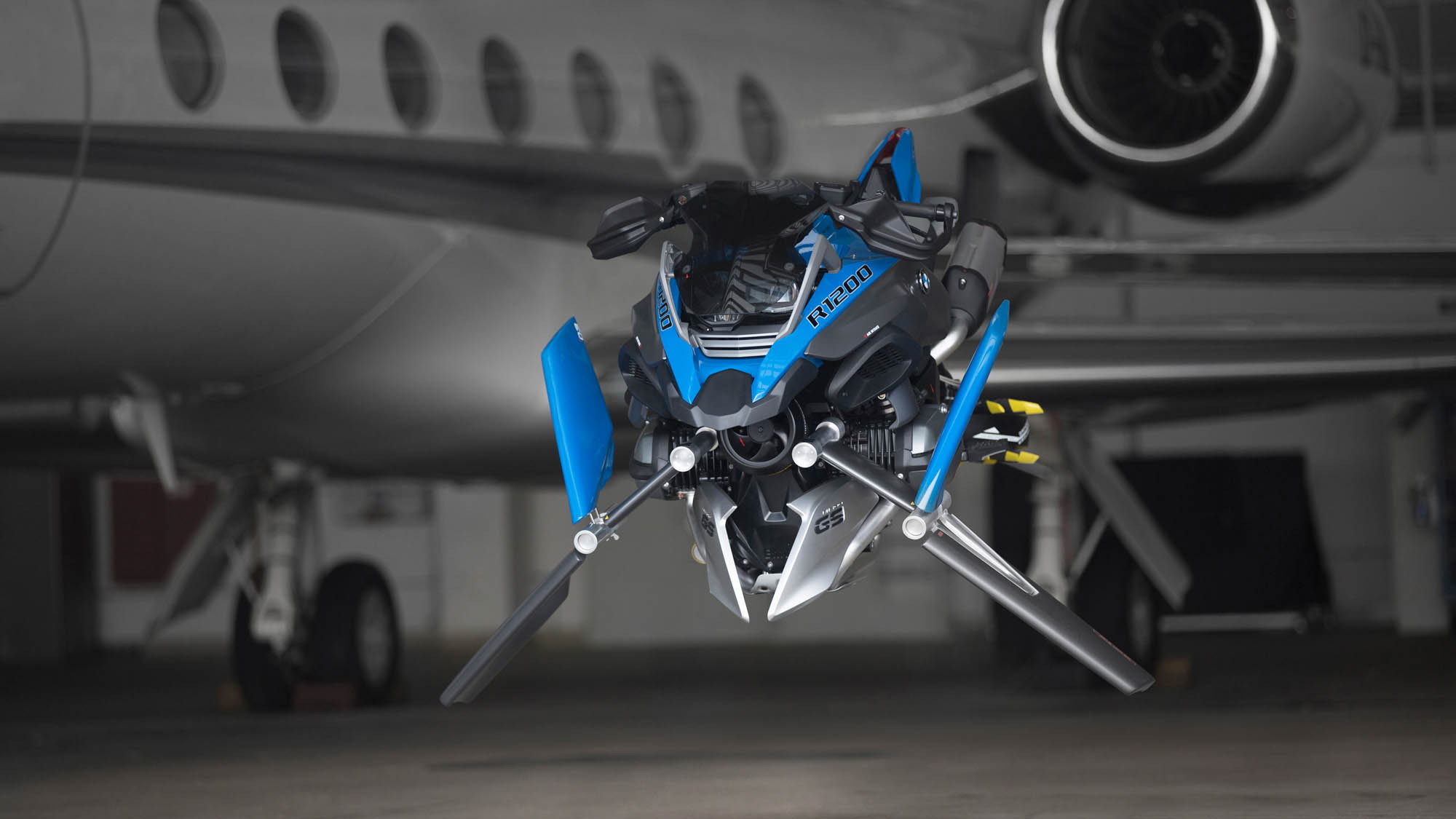 It all started with a motorcycle and a set of Legos. The bike in question is the BMW R 1200 GS Adventure, and it's a go-anywhere two-wheeler that lives up to its name. Lego Technic decided to recreate it in scale brick form, and the result is awesome. In fact, this Lego Technic kit isn't just one bike because it's a 2-in-1 kit that lets buyers build the R 1200 GS Adventure or a version reimagined as...a hover bike.

All 603 pieces in the kit were given out to Lego Technic team members, who were tasked with coming up with the other half of the 2-in-1 kit. A number of vehicles were dreamt up but it was a hover bike designed by Lego Technic's Samuel Tacchi that won out, and for good reason. If a regular Adventure bike is cool, a hover bike can take you on adventures you never even considered.

Lego took the scale hover bike to the BMW Motorrad team, and they decided to take things a step further. The brick builders provided a scale map for the folks at the BMW Junior Company Munich, a training unit that works on entrepreneurial projects. In turn, the BMW Junior folks produced a life-size concept version of that very hover machine. It's called the Hover Ride Design Concept, and it's even cooler than the scale Lego variant.

It just goes to show you what can happen when a bike manufacturer and a toy company work together.

As it turns out, this concept may not be too far fetched. Some companies are already seeking to take their adventure bikes into the sky.