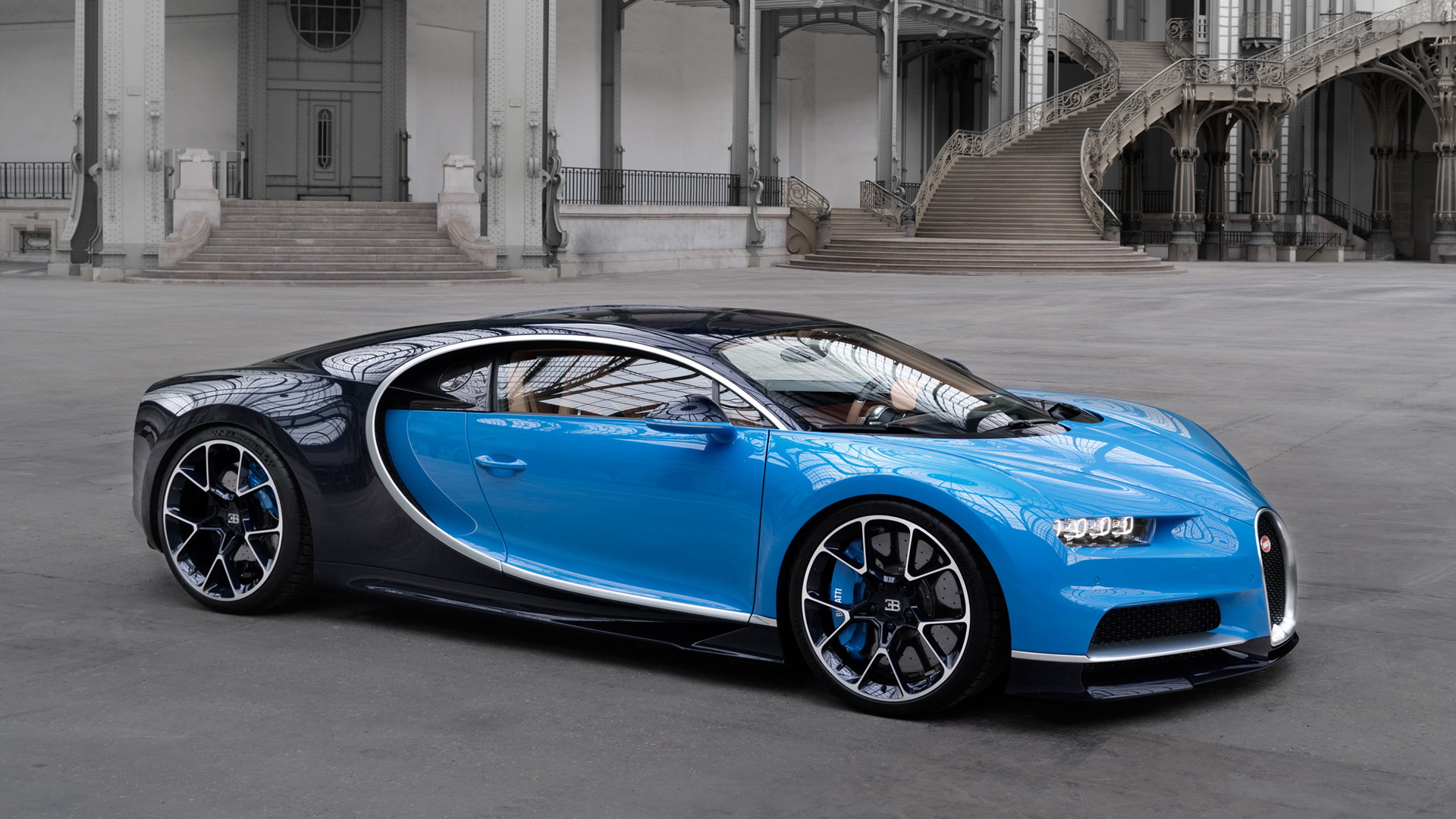 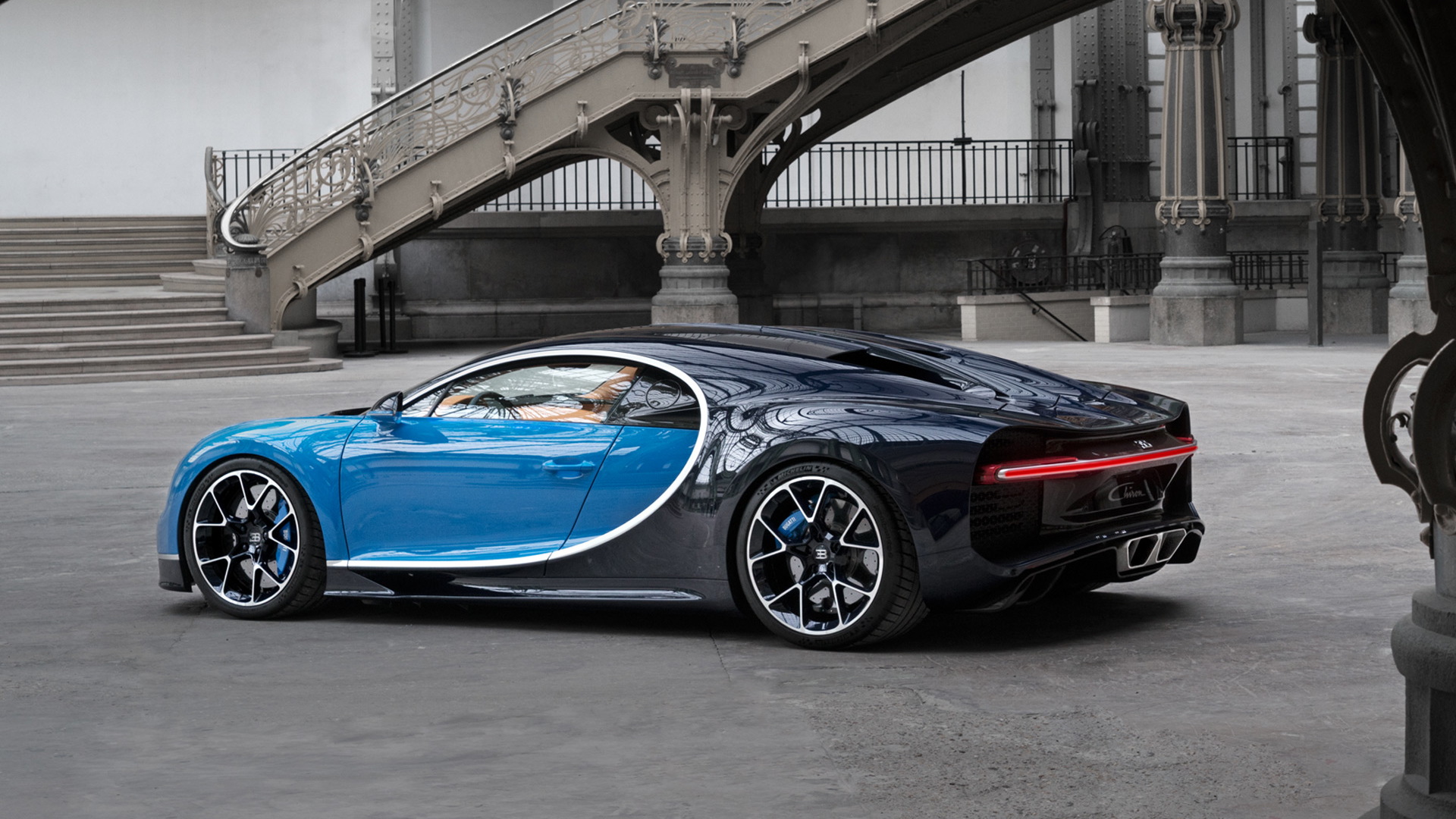 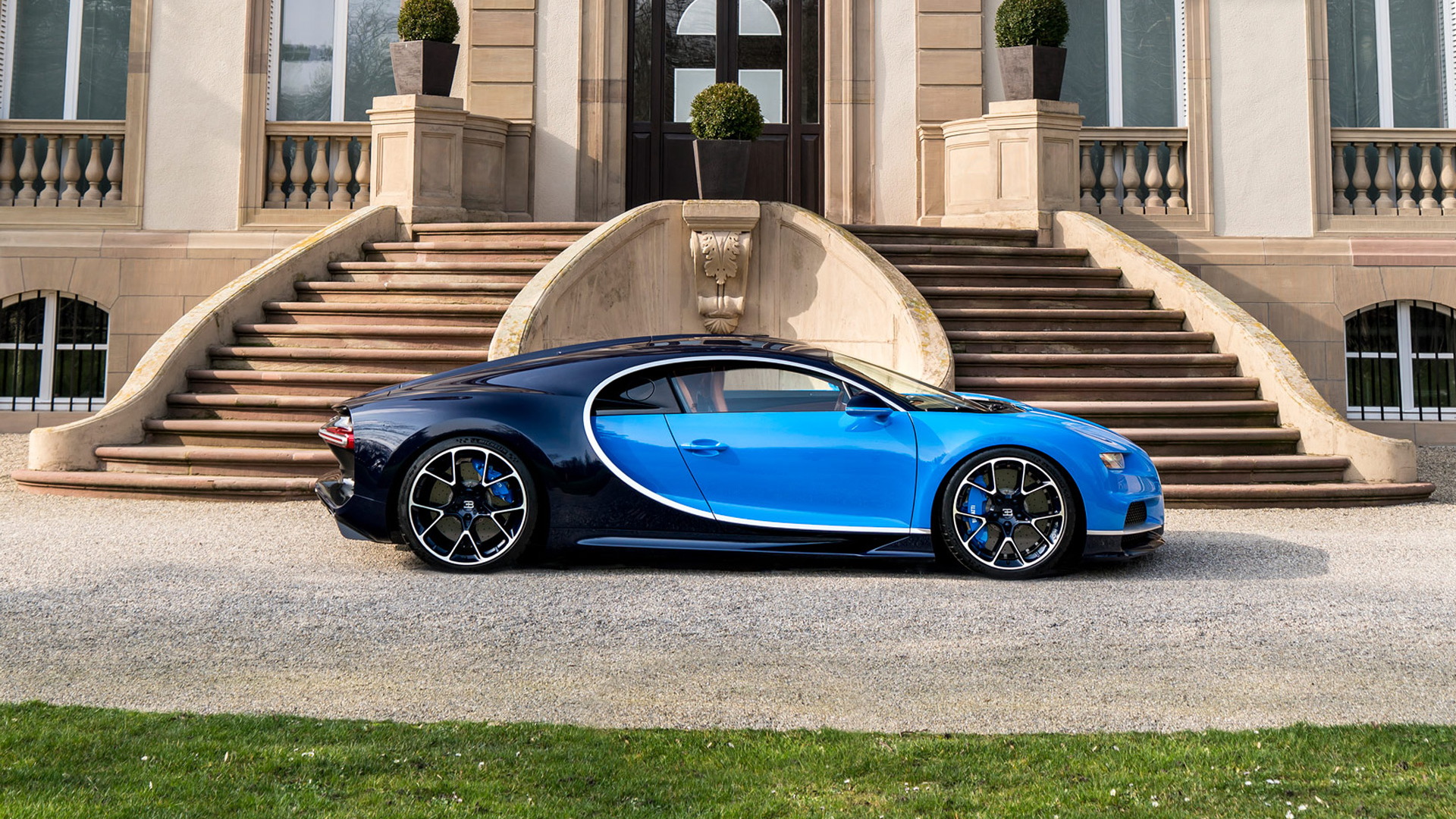 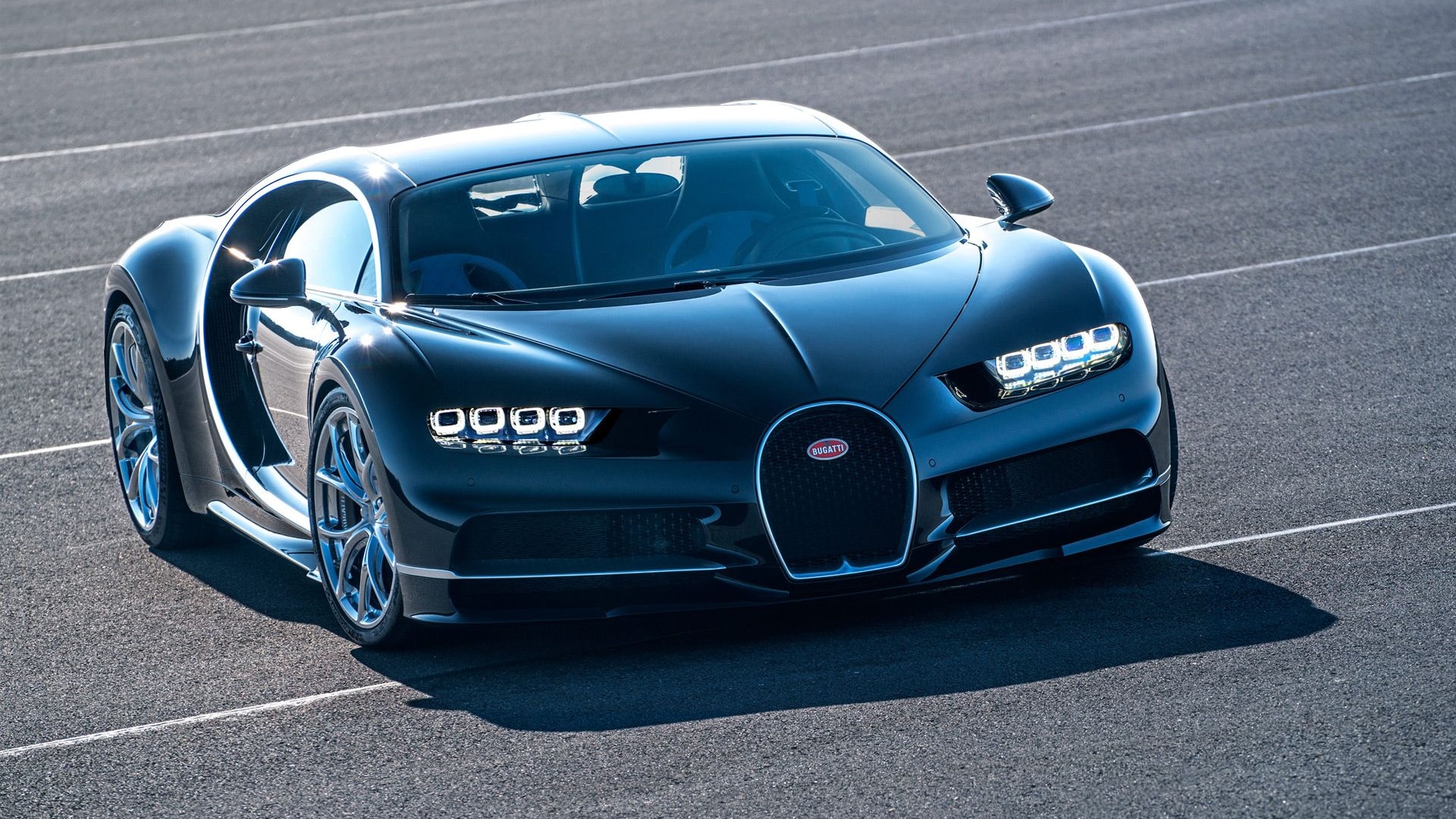 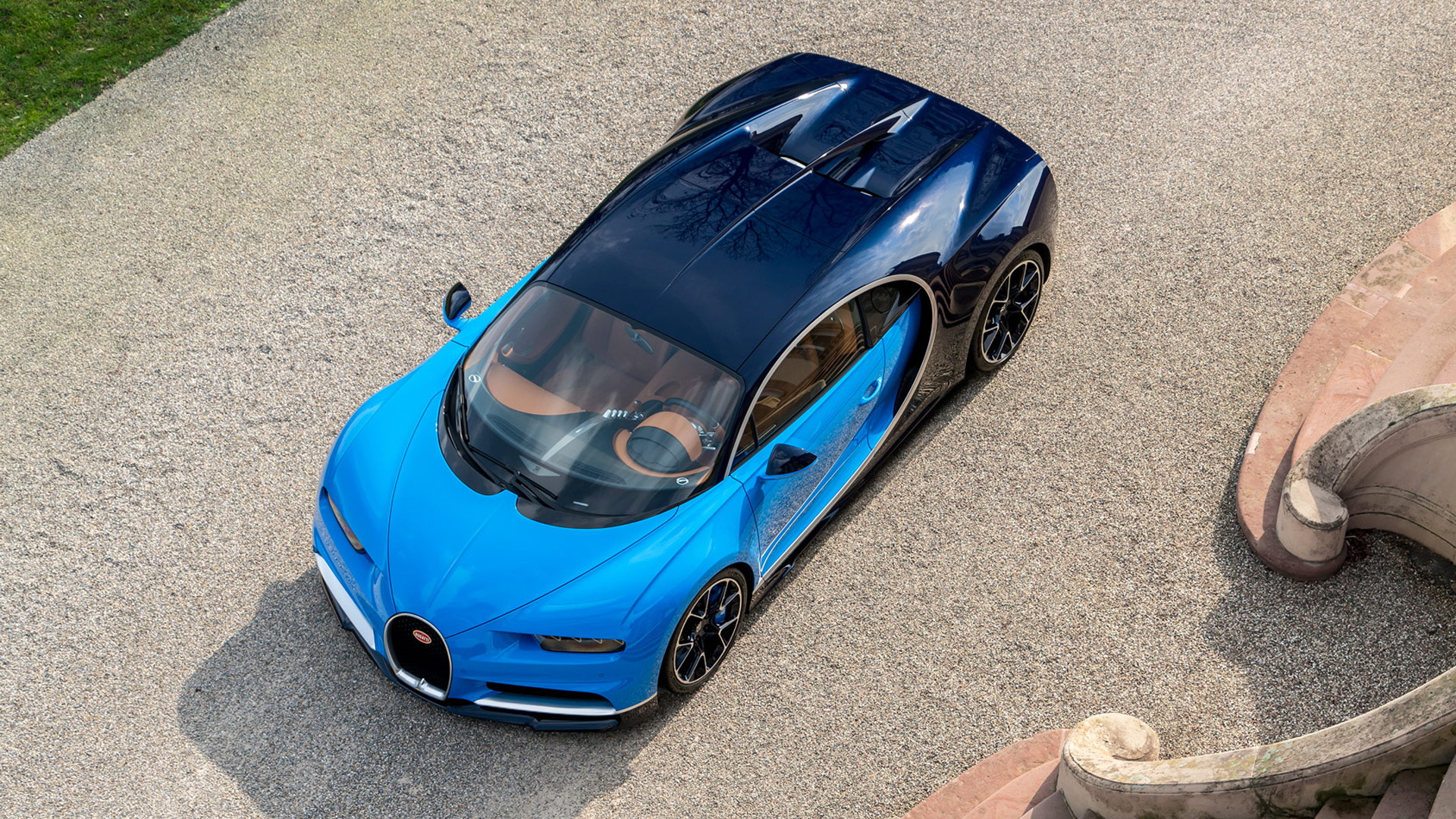 In the supercar world, a V-8 will cut it, a V-10 is better, and a V-12 is the most desired engine. Then there's Bugatti, the French brand that laughs at your measly V-12 and ups the ante to 16 cylinders.

Bugatti started its 16-cylinder, ungodly power onslaught in 2005 with the Veyron. The car's W-16 engine put out 987 horsepower initially and eventually spawned variants that reached 1,200 horsepower before it ended production in 2015.

The Veyron's successor, the Chiron made its debut at the Geneva motor show in March of 2016, and the first production cars are just going to buyers now. That quad-turbocharged 8.0-liter W-16 is still mounted midships, but now output is all the way up to 1,480 horsepower and 1,180 pound-feet of torque, which is available starting at 2,000 rpm.

Those four turbos work in sequence. The first two are smaller turbos with a quick spool-up time. They do their thing under 3,800 rpm. Above 3,800 rpm, the two other turbos come on line, though with a slight delay from one to the next. These are larger turbos and they are larger than those in the Veyron, which is one of the main reasons this car makes roughly 300 more horsepower. A new titanium exhaust system also adds power by reducing back pressure. 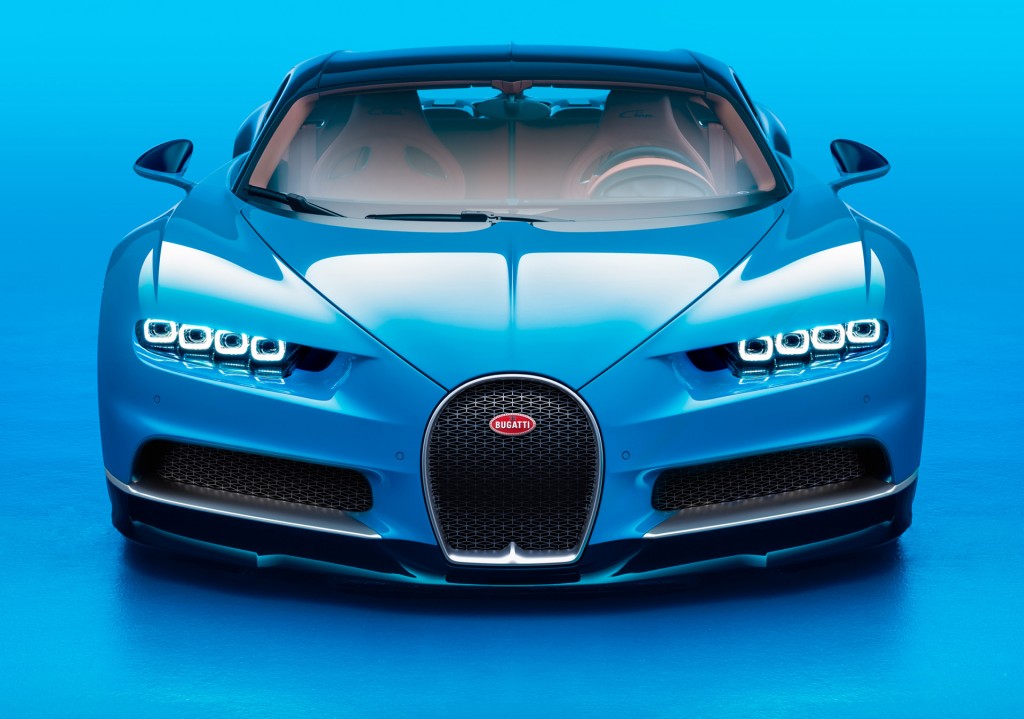 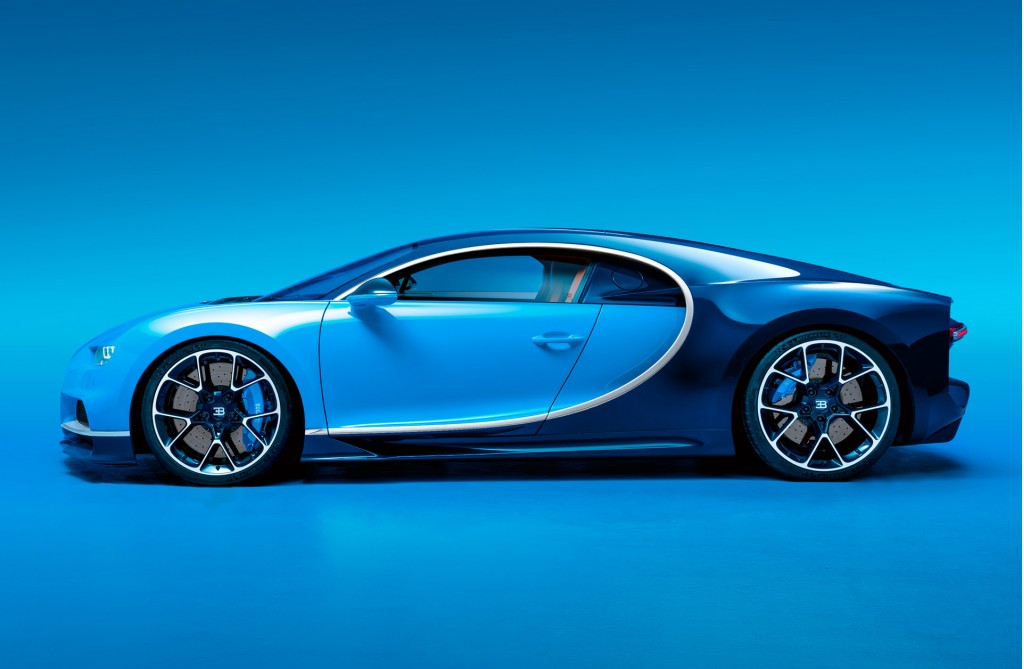 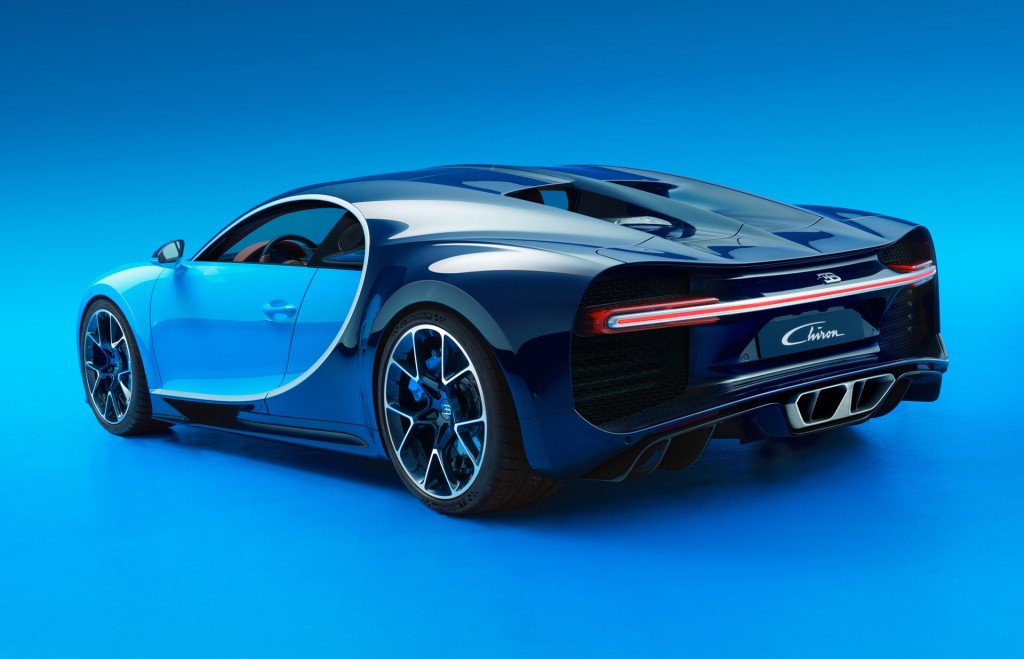 With so much power on tap, the Chiron has performance numbers to match. It can accelerate from 0 to 60 mph in under 2.5 seconds, reach 124 mph in less than 6.5 seconds, hit 186 mph in 13.6 seconds or less, and reach a top speed of at least 261 mph. That final figure is electronically limited. No doubt, we will see attempts at record top speed runs in the future.

All that motive force is nestled within a new carbon fiber monocoque. The body panels are also carbon fiber.

From a design standpoint, the Chiron is an evolution of the Veyron, but it has elements from the past. More than those factors, though, the design is a clear example of form following function with cooling of its massive engine and aerodynamics for its incredible speed envelope taking priority.

The Chiron's design is defined by just a few lines: the low nose with the signature horsecollar grille, the strong C shape along the sides, the low line that defines the top of the car from nose to tail, and the cut off and open rear end.

Up front, the horsecollar grille and lower fascia provide cooling for the brakes and radiators. Air also flows through the headlights to cool the brakes.

The C shape along the sides is both a nod to Bugattis of the past, including the Type 41 and the Type 57 Atlantic, and a functional element that acts as a large air intake for the W-16.

The cut-off at the rear end creates a soft pressure zone behind the car that sucks out the hot air at speed. A horizontal look was used for the taillights to minimize their surface area and allow as much room for air to escape the engine compartment as possible.

Also at the back is a retractable rear spoiler. It comes up at 50 mph and adjusts depending on the need. It can tilt up to 90 degrees and act as an airbrake.

In addition to the C shape, the peaks on each fender and the strong center line are nods to the past, especially to the Atlantic. 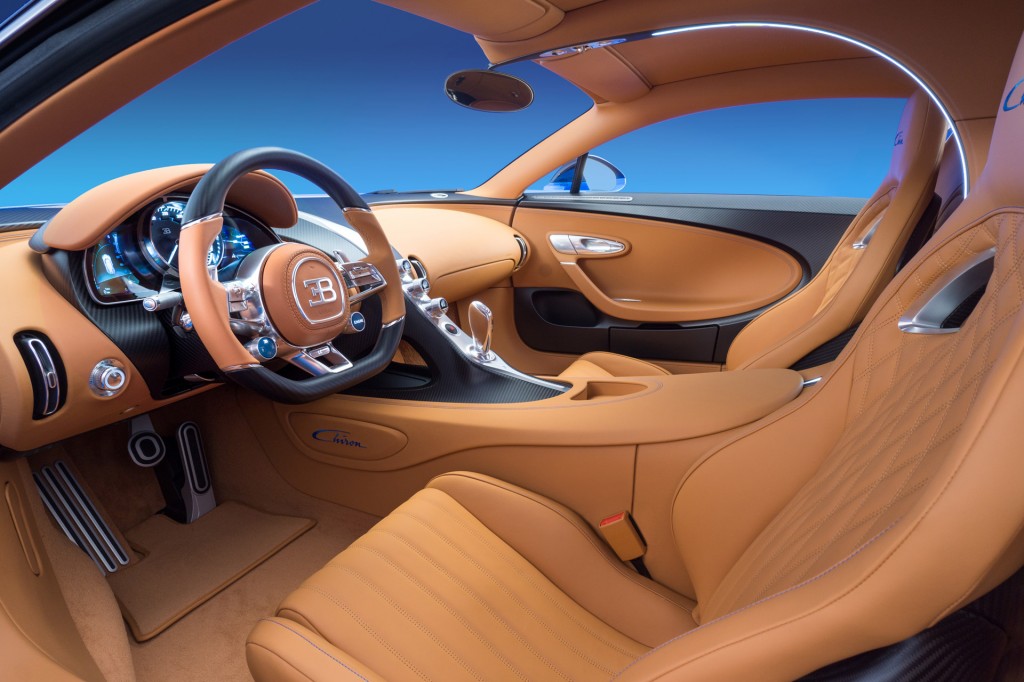 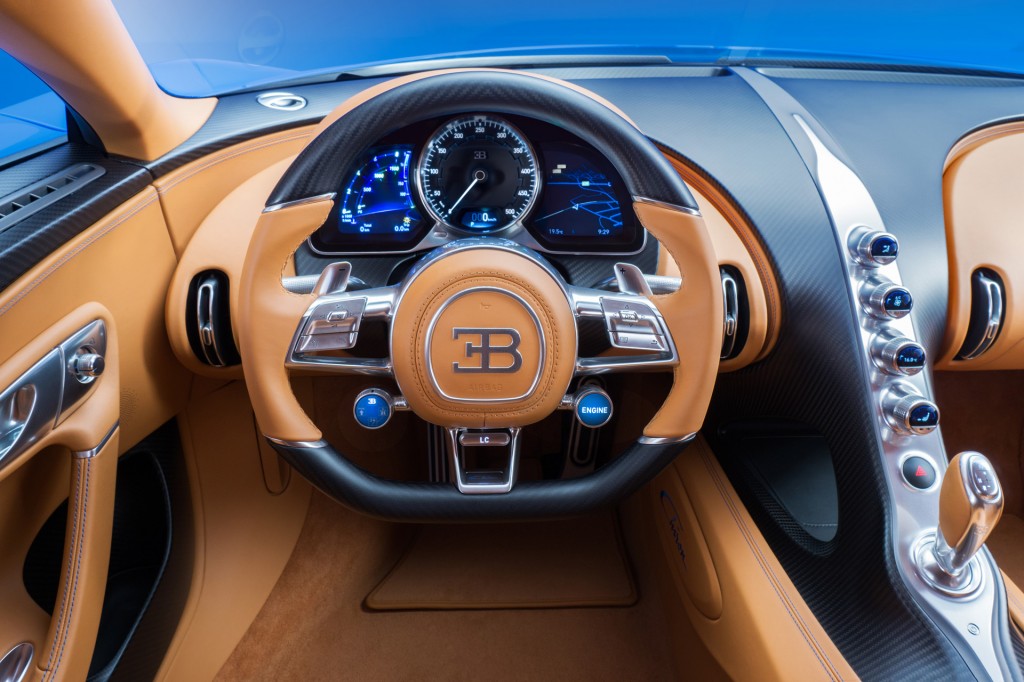 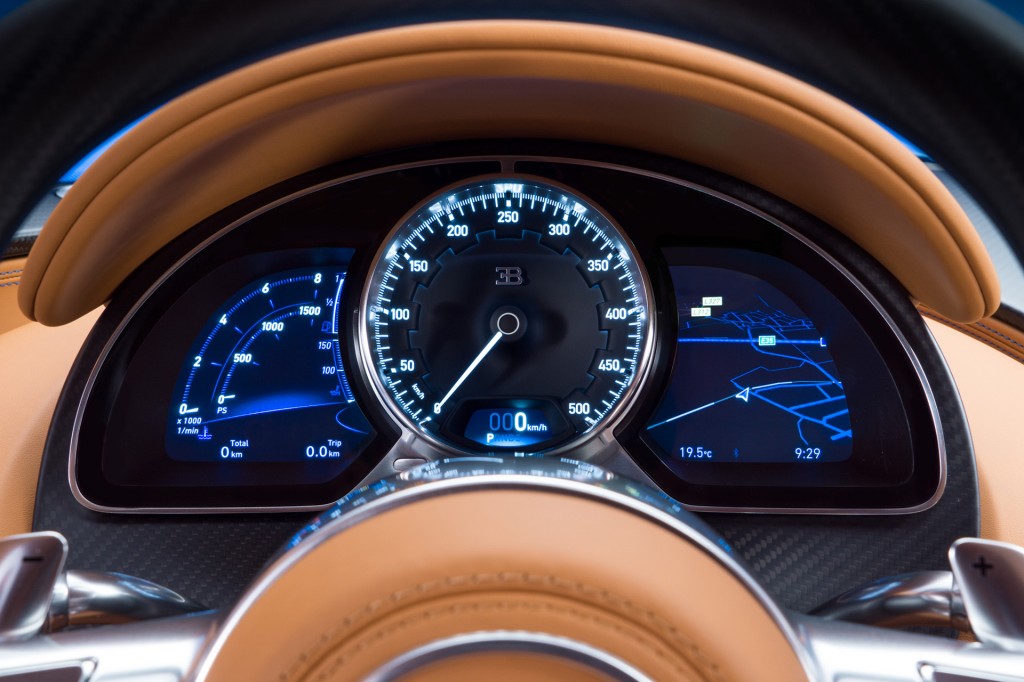 The interior reflects some of the exterior design. Most notable is the C shape that runs down the center of the cockpit. The center console, which is part of this shape, is kept thin as possible, with the climate controls located along the center line and much of the rest of the controls moved to the steering wheel. The navigation system moves to the instrument cluster, where you'll also find a speedometer that runs up to 310 mph. The ambience is suitably high end, with carbon fiber, aluminum, and leather seemingly everywhere.

Like the Veyron, Chiron production will be limited. A total of 500 units are expected, with a build rate of 65 cars per year. However, as of December, Bugatti had already sold 220 cars and is considering ramping up the production rate and/or building more cars.

That's impressive for a car that costs somewhere in the neighborhood of $2.6 million.

Expect a roadster in the future, and, if the Chiron follows the Veyron's playbook, an even more powerful version as well.

That would be nuts.