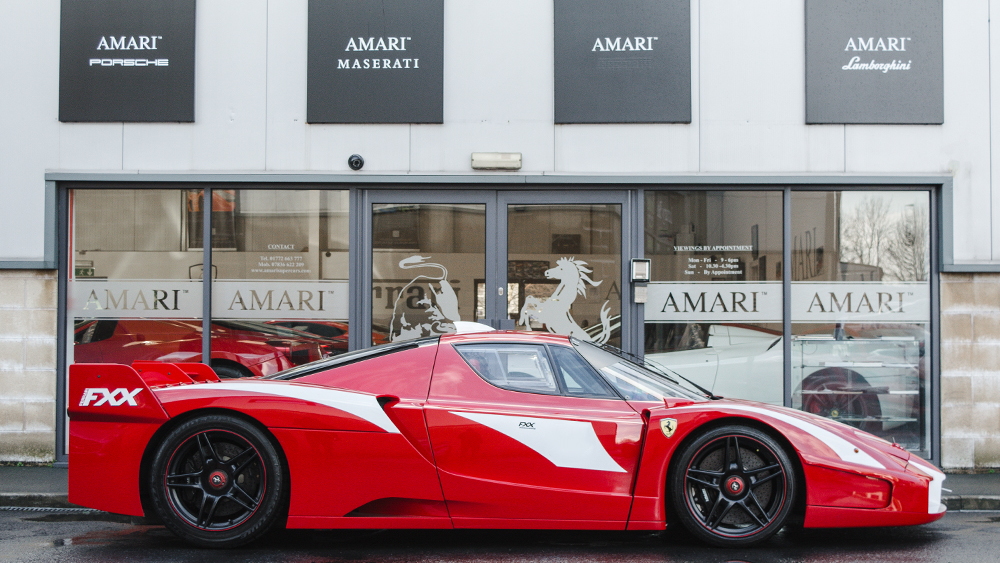 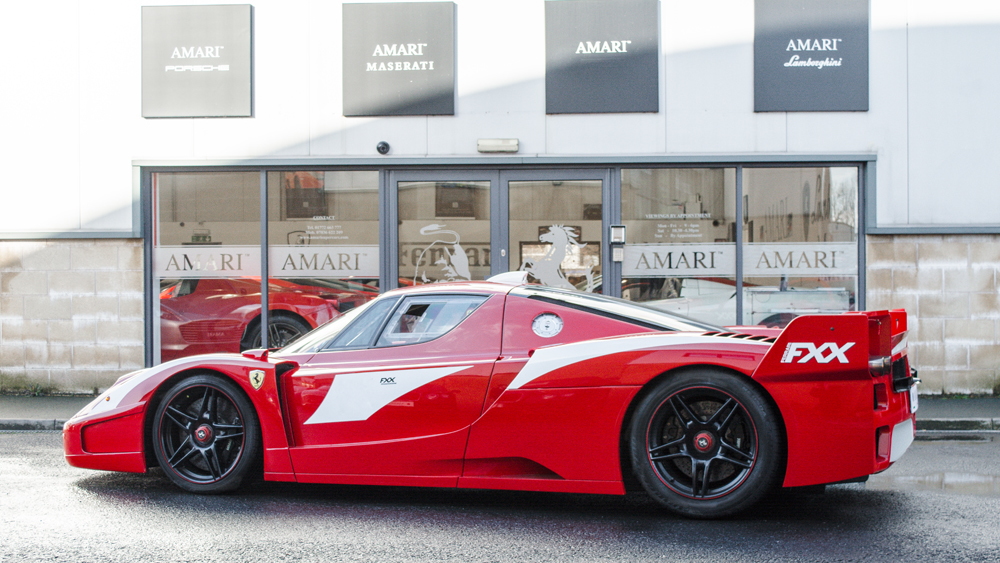 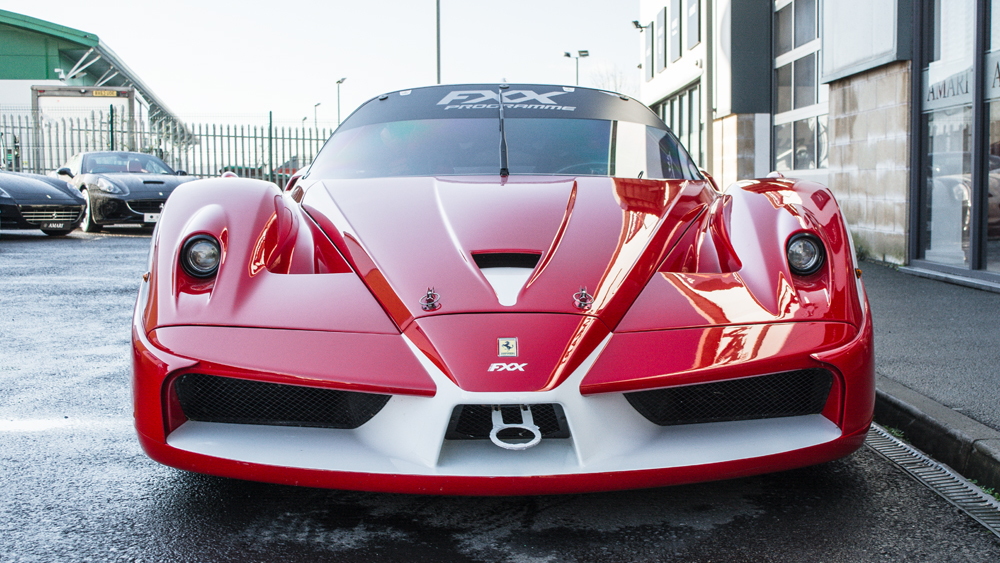 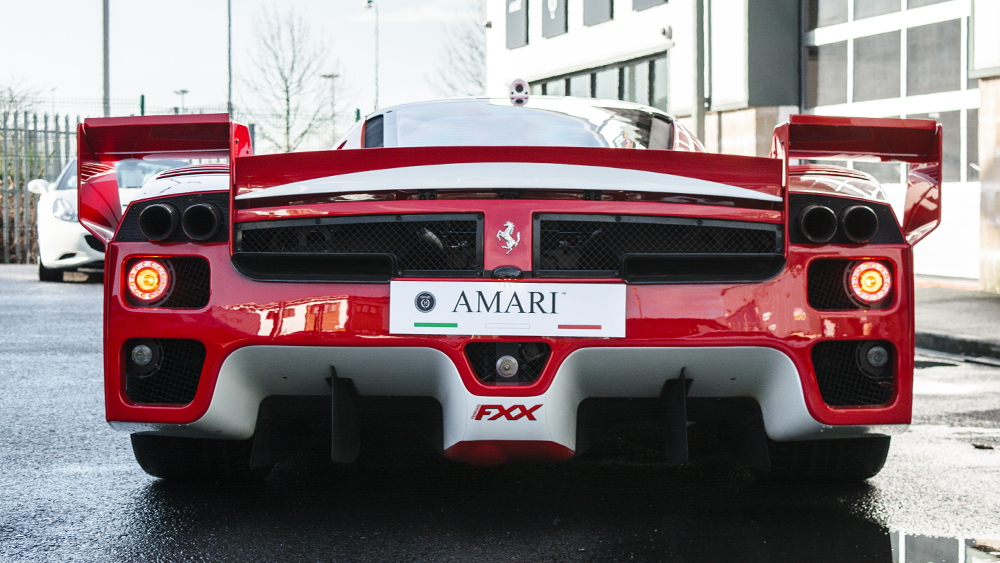 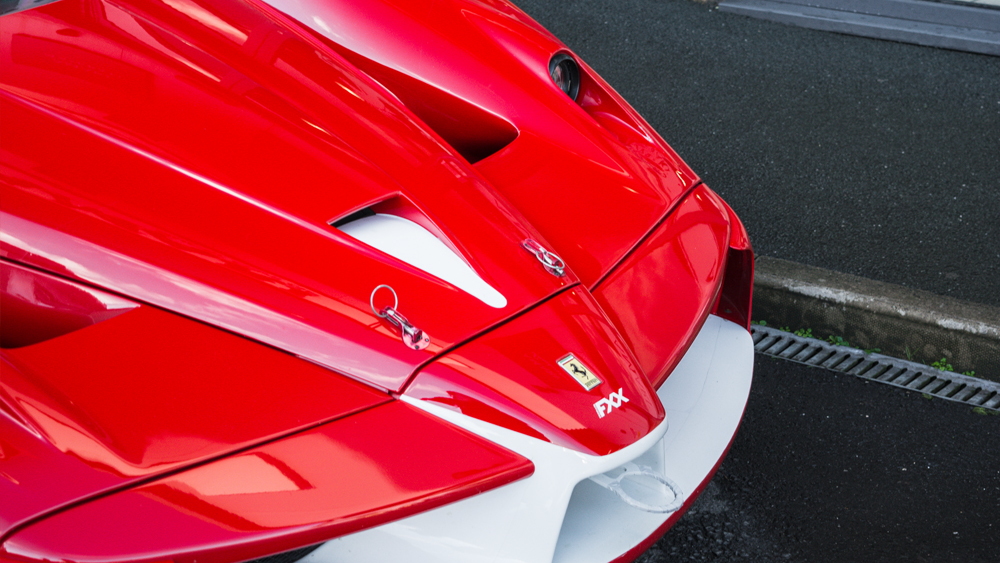 Do you like your cars rough, ready, and exceedingly rare? Of course you do.

This is a 2008 Ferrari FXX Evoluzione. It's rough, in the sense that it's a stiff-riding machine built to devour racing circuits. It's ready by way of sitting pretty with just 1,300 miles on its odometer. Finally, it's exceedingly rare because this is one of just 30 FXX cars produced by Ferrari—and this is the only one that is legal to drive on the road.

That's right. This car is basically one of one. The owner took it back to Ferrari and convinced the Prancing Horse ($) to alter this car to make it legal for road use in the owner's native England. That means taillights, turn signals, a handbrake, and a system that can raise and lower the nose were all fitted to this particular car. While the rest of the FXX owners have to stop and load their cars on the trailer before leaving the circuit, this one can drive all the way home.

The FXX is essentially a heavily modified version of the Enzo. The original 6.0-liter V-12 engine is pumped out to 6.2 liters with output rising to more than 800 horsepower. To change gears you'll tug on one of the paddles connected to the 6-speed sequential racing transmission. If you want to hear your passenger, you had better be wearing the Ferrari-branded headphones.

Wisely, all of the bits that made this legal for track-use only have been retained. They can be refitted to the car if desired. But we urge the future owner not to do that. This is still a wildly capable machine, and it's the only one of its kind in which can make runs to the grocery store. Theoretically, you could also hit the 247 mph top speed along the way.

That's if you can afford to pony up the $12 million it will take to put it in your garage.