A year ago Aston Martin came out with the surprise announcement that it was developing a hypercar in partnership with the Red Bull Racing Formula One team. Last summer we received a preview in the form of a concept car and since then numerous details have emerged.

On Wednesday, Aston Martin added more details to the pile by listing a number of key partners for the project which is still being referred to by the code name AM-RB 001. The list includes legendary engine builder Cosworth, engineering powerhouse Ricardo, carbon fiber specialist Multimatic, and high-performance electric car expert Rimac.

Cosworth, which has decades of experience building F1 engines, has been tasked with developing a 6.5-liter V-12 for the AM-RB 001. We’ve previously heard that the engine will rev to 9,500 rpm and come with a flat-plane crank to ensure a wicked sound.

No power figures have been released but the engine, working in concert with a hybrid system, will deliver enough horsepower to ensure a 1:1 power to weight ratio, measured in horsepower per kilograms. The AM-RB 001 is expected to weigh around 1,000 kg (2,200 pounds), so we should be looking at an output of around 1,000 hp. About 900 hp is expected to come from the V-12 alone.

The engine will be mated to a paddle-shifted 7-speed transmission developed by Ricardo, the same company that develops engines for McLaren’s road cars. Aston Martin says the transmission will adhere to the AM-RB 001’s ethos of “minimal mass and maximum efficiency,” suggesting it may be a sequential transmission rather than a dual-clutch unit. 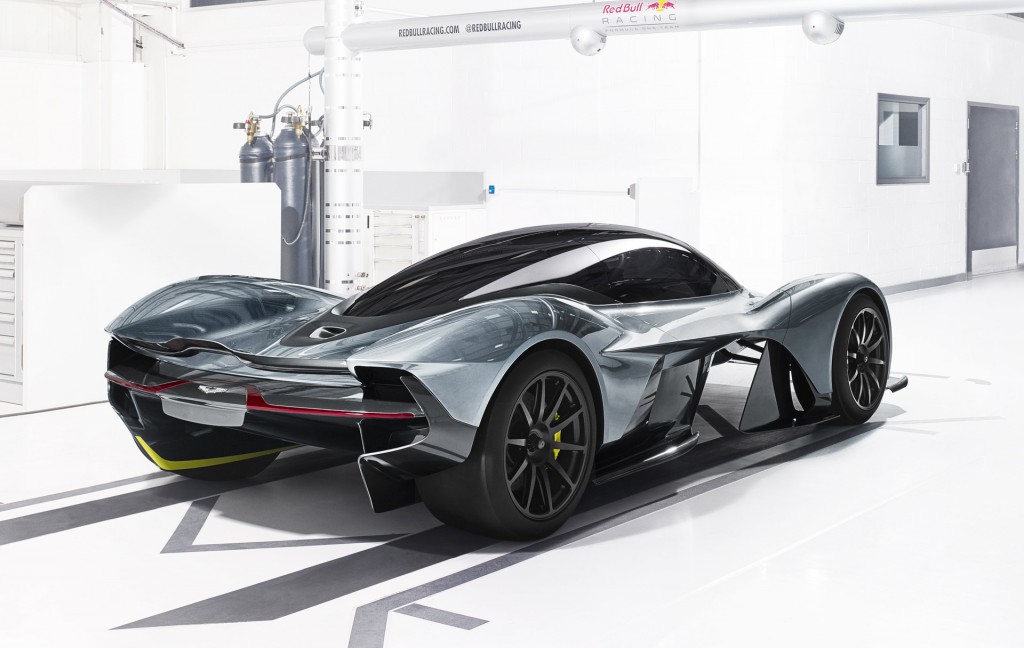 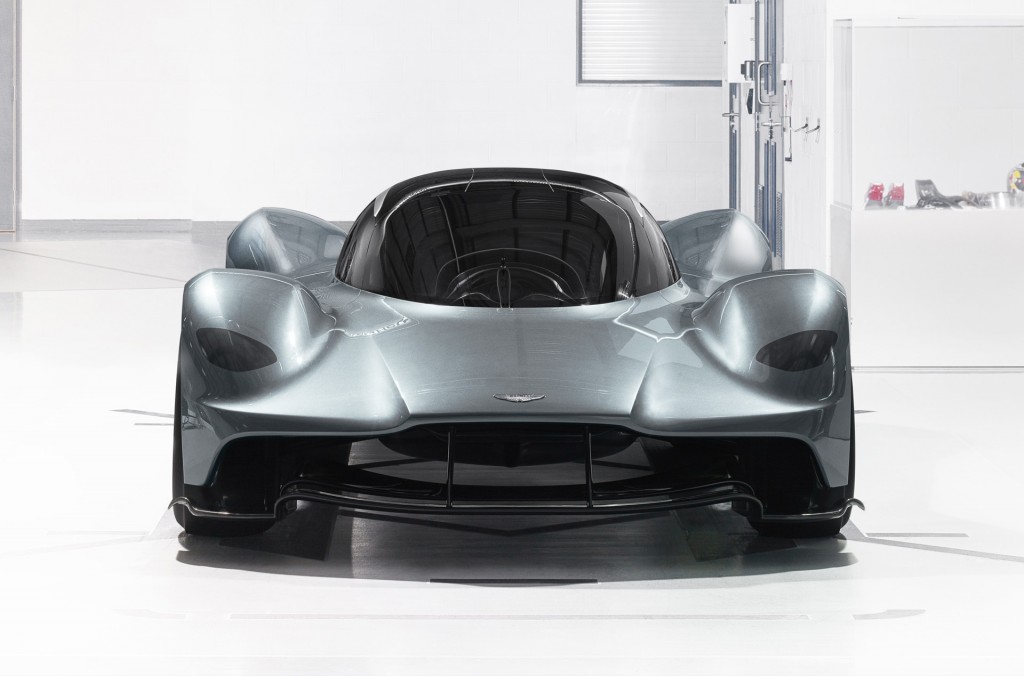 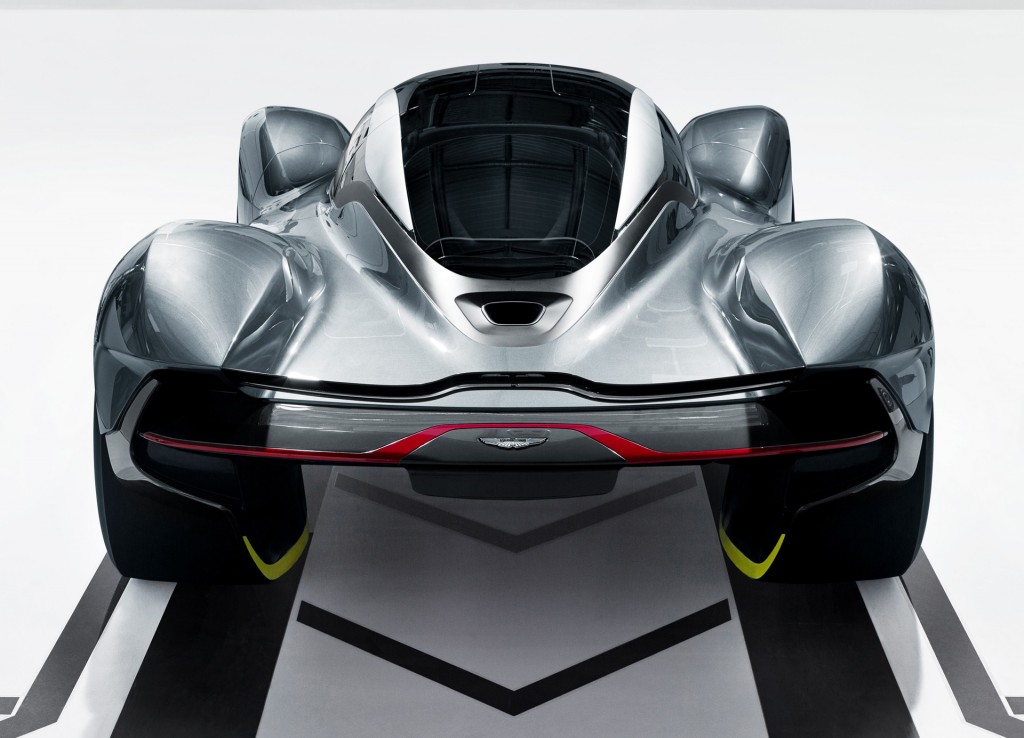 Drive is expected to go to the rear wheels only, aided along by the aforementioned hybrid system. This system is designed to provide boost only, as opposed to a full electric mode, and will rely on brake energy regeneration as its primary source of power. Rimac, maker of the Concept_One electric supercar, is developing the lightweight battery for the system.

Meanwhile, Canada’s Multimatic, the same company building the Ford GT supercar and a partner of previous Aston Martin projects such as the One-77 and Vulcan hypercars, is building the carbon fiber monocoque structure for the AM-RB 001, dubbed the MonoCell.

Other partners involved in the project include Alcon and Surface Transforms for the brakes, Bosch for the engine, stability and traction control units, and Wipac for the LED lights.

Separately, Aston Martin has confirmed that just 175 examples will be built. Of the 175 cars, 25 will be track-only versions. The remaining 150 will consist of all road-going versions plus any prototypes. Though both the road and track cars will be extreme, it’s the latter that’s expected to approach or even surpass the performance of an LMP1 endurance racer.

A reveal will take place next year ahead of the start of deliveries in early 2019. By then, Mercedes-AMG will have launched its own hypercar. While the two cars have similar performance targets, designers of the AMG have taken a very different approach, utilizing the turbocharged 1.6-liter V-6-based hybrid powertrain of the current crop of Mercedes AMG F1 cars and combining it with a “through-the-road” hybrid all-wheel-drive system.