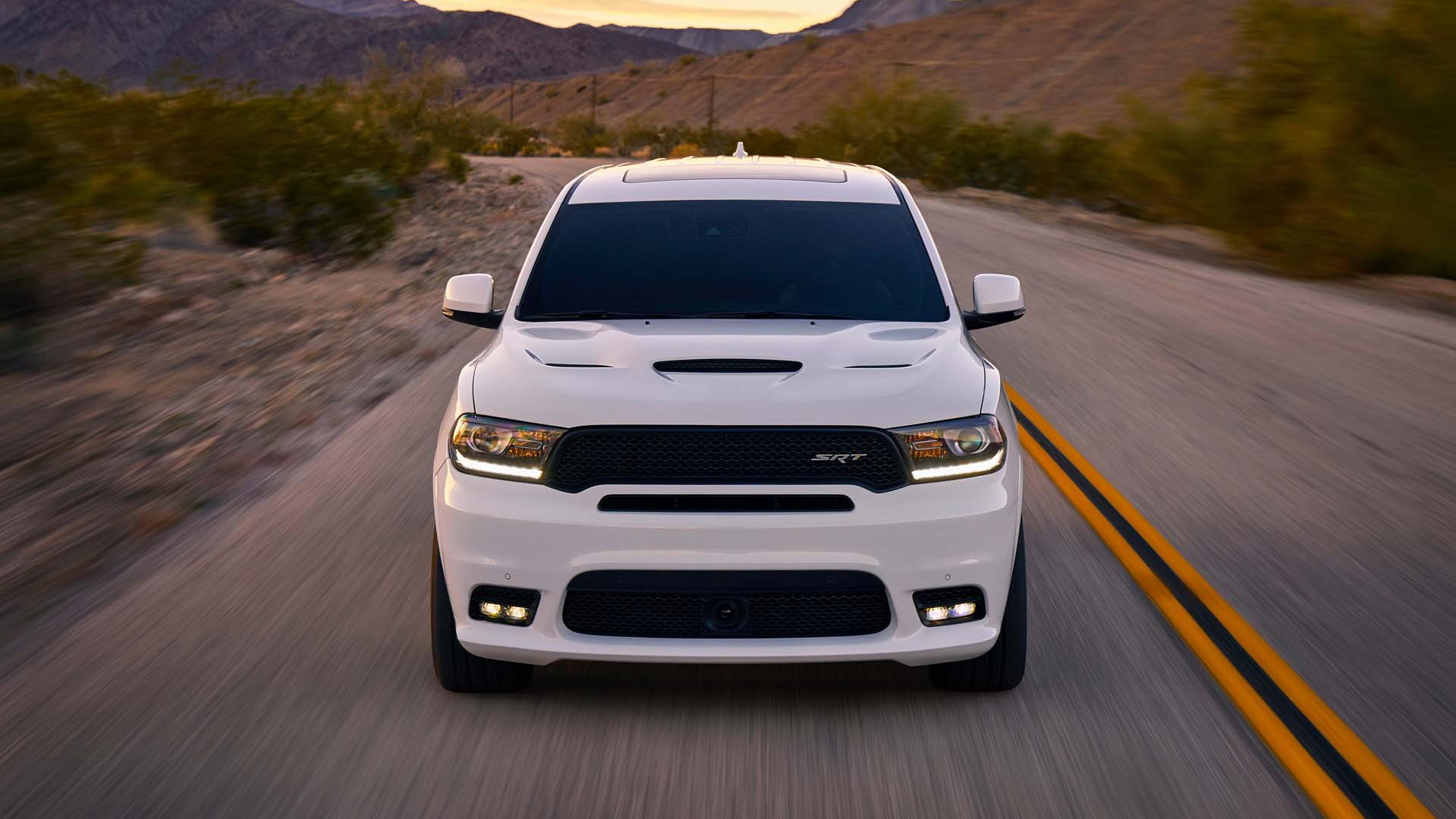 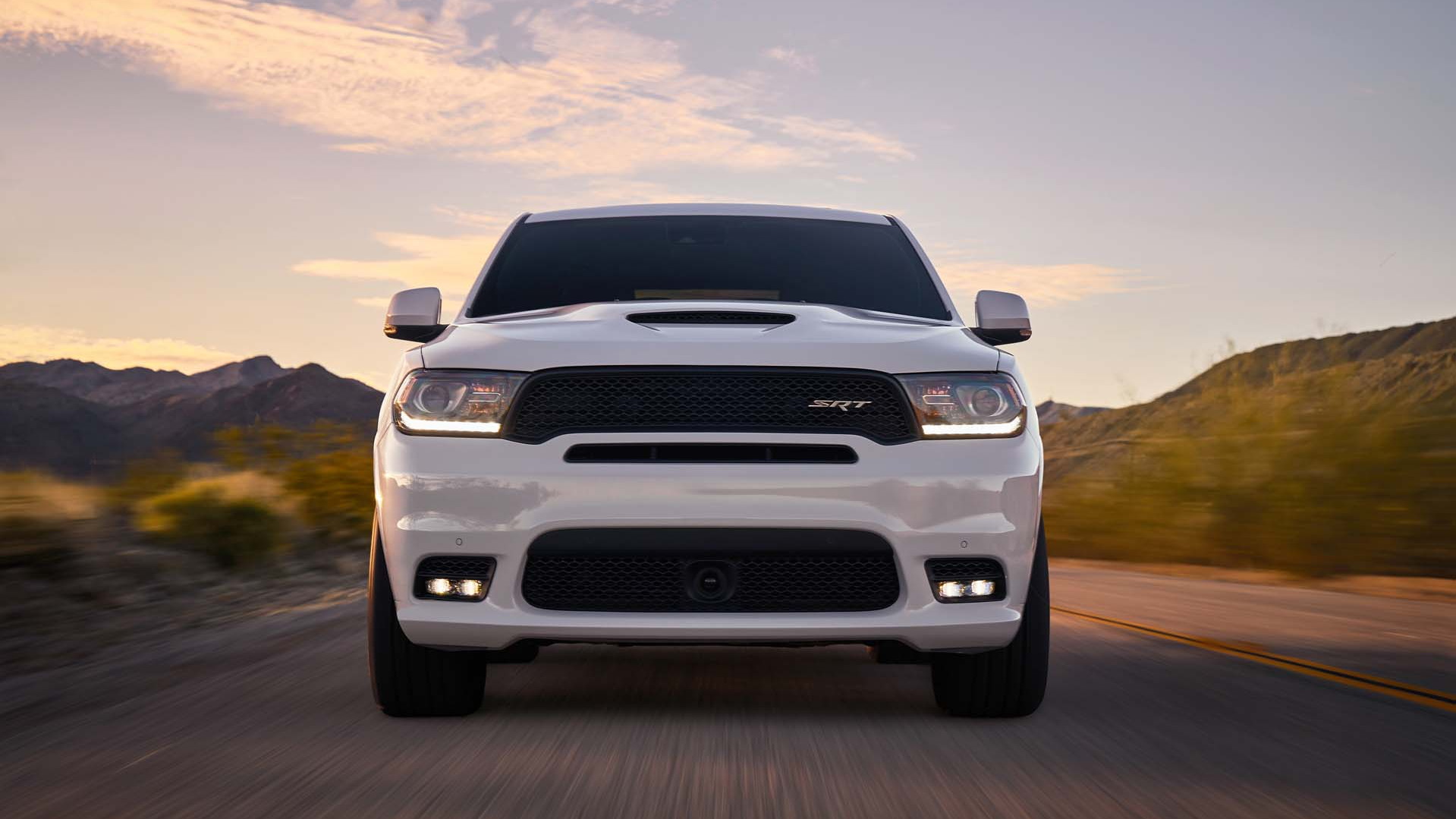 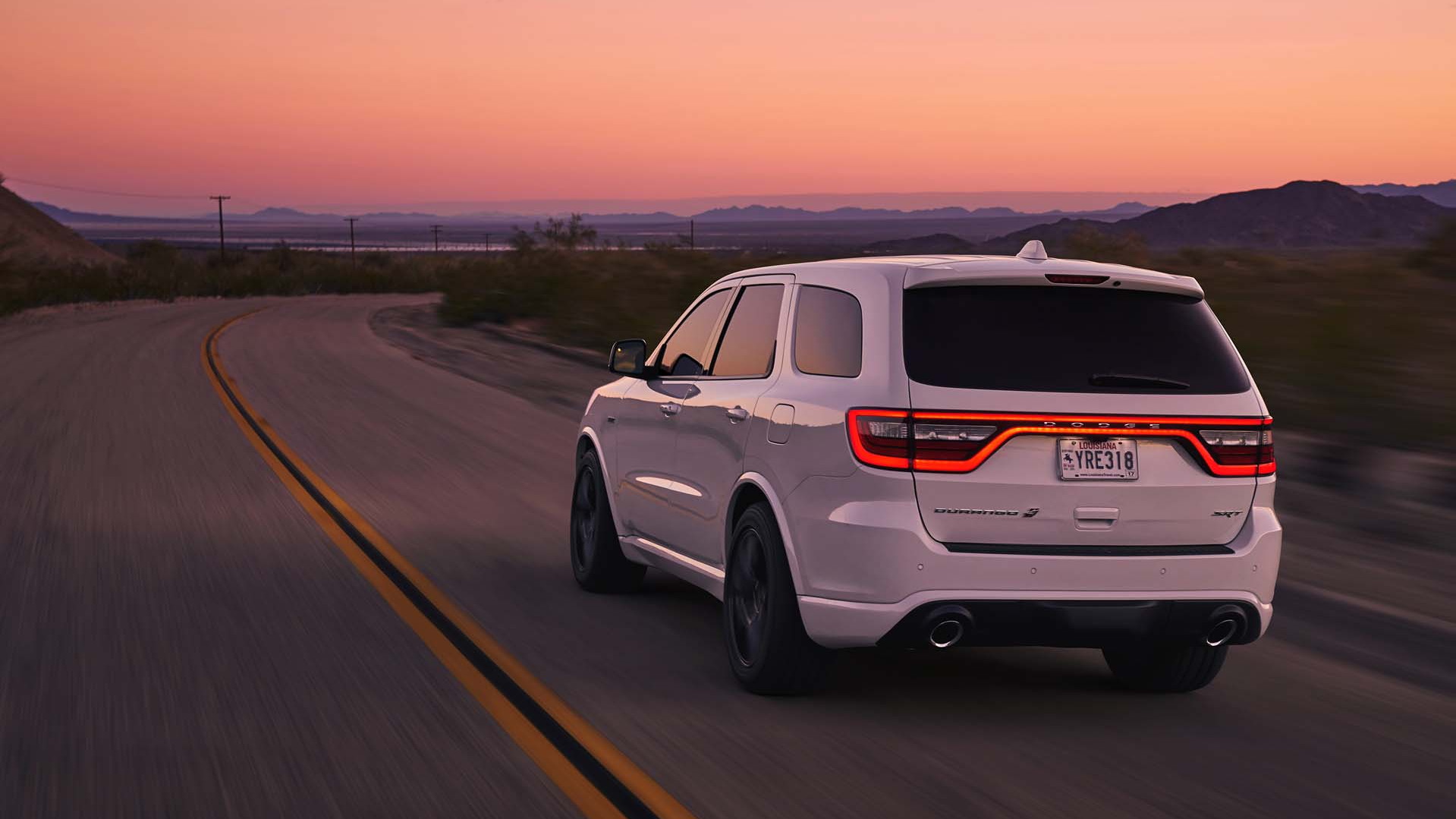 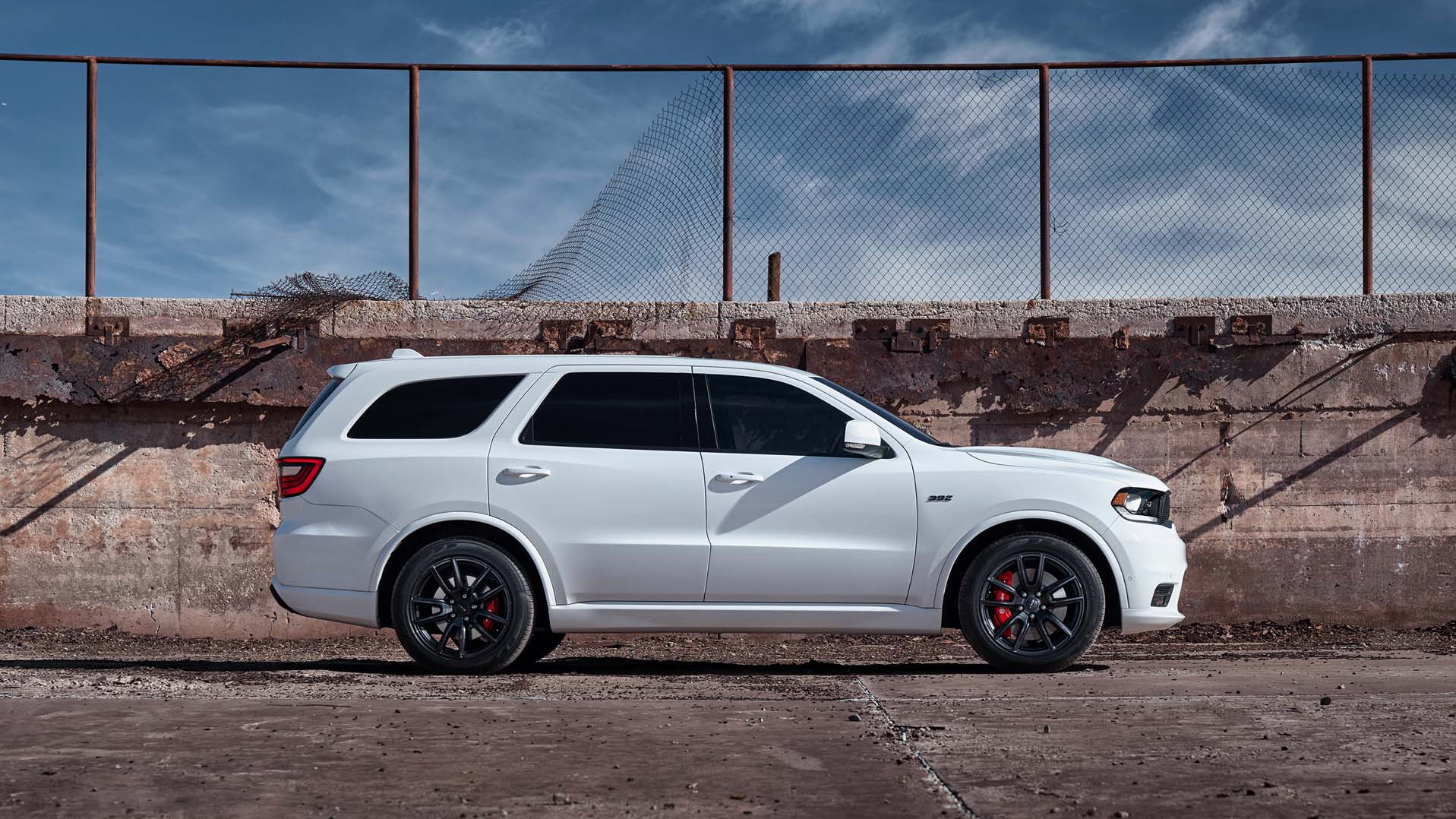 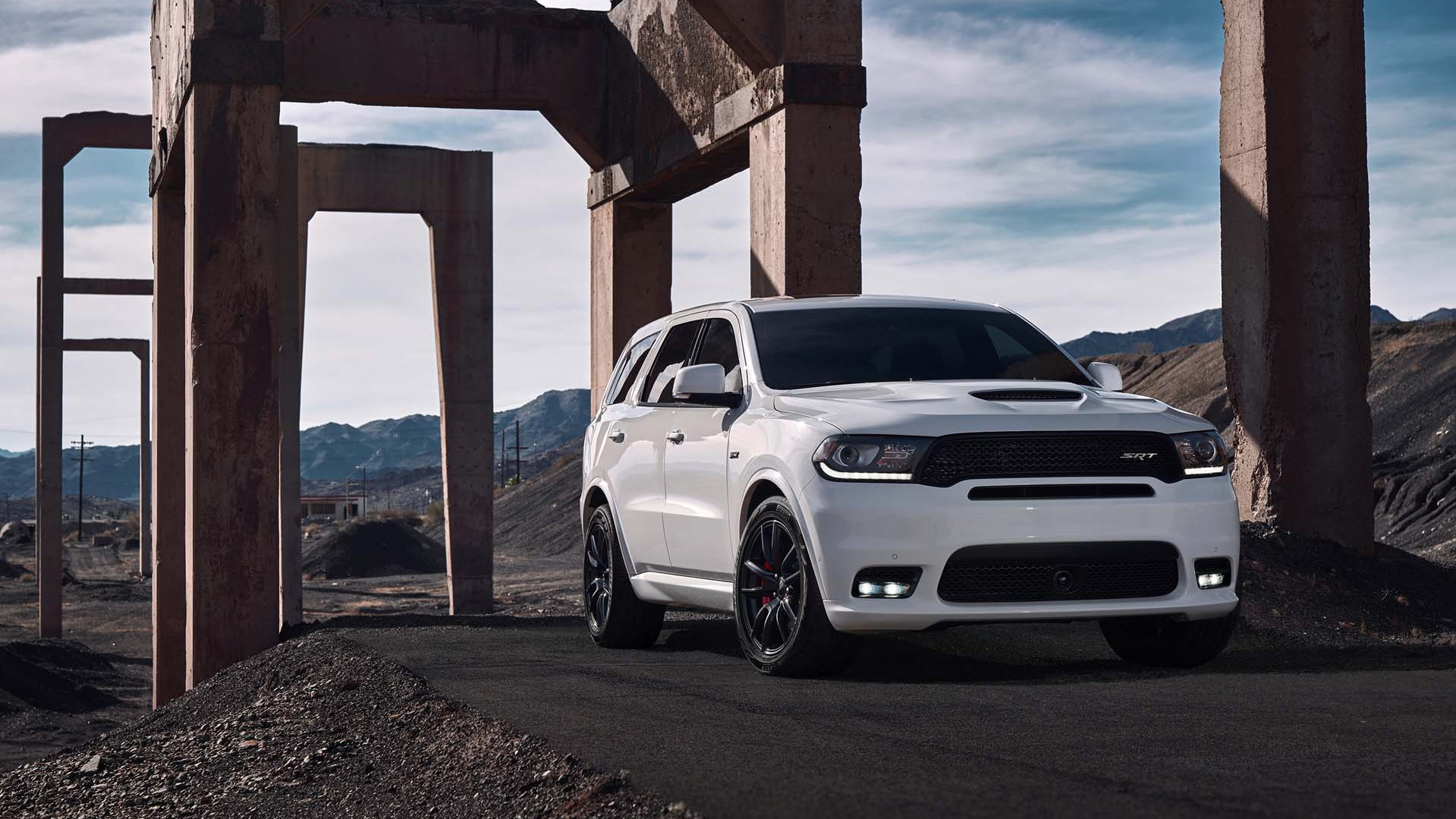 It's no secret the current Dodge Durango and Jeep Grand Cherokee are closely related. The 2018 Durango SRT has been unveiled in all its American glory, but we noticed something strange.

The powertrain in the new 2018 Dodge Durango SRT is exactly the same as the one in the Jeep Grand Cherokee SRT. It has the same naturally aspirated 6.4-liter Hemi V-8 engine under the hood pumping out 475 horsepower and 470 pound-feet of torque. All that power goes to all four wheels via the same 8-speed automatic transmission.

It even has the same internal driveline bits. From the 7.7-inch and 9.1-inch front and rear axle ring gear diameters to the 3:70:1 axle ratios and the gearing in the transmissions; it's all the exact same.

Of course, the Durango's a few inches longer, but it weighs just 6 pounds more than the Jeep Grand Cherokee SRT. Given the fact that the Durango SRT also has a full third row of seats, a mere 6 pounds is impressive.

With all those similarities, how in the world is it possible that the Durango SRT is faster?

Dodge is quoting a 0-60 mph time of 4.4 seconds for the 2018 Durango SRT and a quarter mile run of 12.9 seconds. Those times aren't fluff and smoke, as they've been certified by the NHRA at Florida's Gainesville Raceway.

According to Fiat Chrysler Automobiles, the 2017 Jeep Grand Cherokee SRT runs 0-60 mph in 4.8 seconds and does the quarter mile in "the mid-13 second range." Those performance numbers are noticeably slower than the new Durango SRT.

We reached out to a Dodge spokesperson for an answer.

CHECK OUT: Lamborghini sticks with Urus name for SUV

For its part, Dodge said that the two vehicles were not tested in similar conditions but did not say how the Grand Cherokee was tested.

Dodge went on to give credit to the Durango's extra length: "The longer wheelbase (5 inches) of the Dodge Durango SRT helps it to achieve a traction and weight transfer advantage during vehicle launch resulting in better acceleration times. Similar to Durango SRT, this wheelbase advantage helped the Charger SRT Hellcat to achieve a better quarter mile time than the Challenger SRT Hellcat when tested. All three Dodge SRT vehicles were tested and validated on NHRA-sanctioned tracks for consistency."

We're guessing that the difference is in the testing procedures. Dodge's numbers were NHRA certified, but we've never heard that for the Jeep. That means the Durango SRT numbers were run at a dragstrip under likely perfect conditions with lots of sticky rubber on the track and a seasoned drag racer at the wheel. Do the same for the Grand Cherokee SRT and you'll probably get similar numbers. Maybe the weight transfer claim cuts a tenth of a second from the Durango's time, but not four tenths in our estimation.

Of course, you'll likely never see those numbers in the real world and the Grand Cherokee's 4.8-second 0-60 mph time is more realistic for most of us no matter which SRT vehicle we might test.

Does any of this actually matter? Of course not! Gas is cheap and Dodge just gave us the option of a three-row SUV with 475 horsepower and a 0-60 mph time of 4.4 seconds. Jeep fans will get their fix, too. Soon enough Jeep will unleash a Grand Cherokee Hellcat/Trackhawk.

It's a great time to be alive.