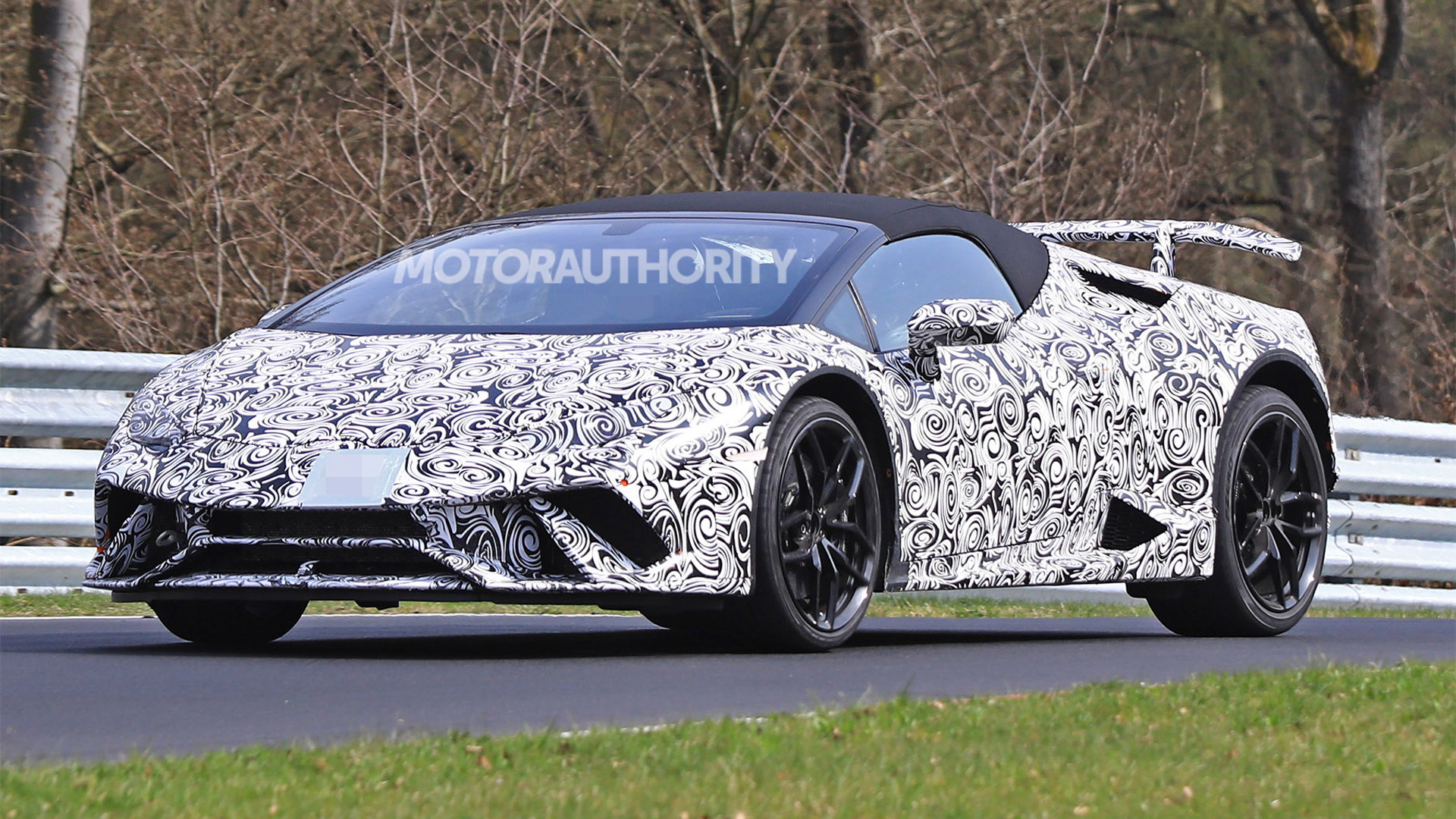 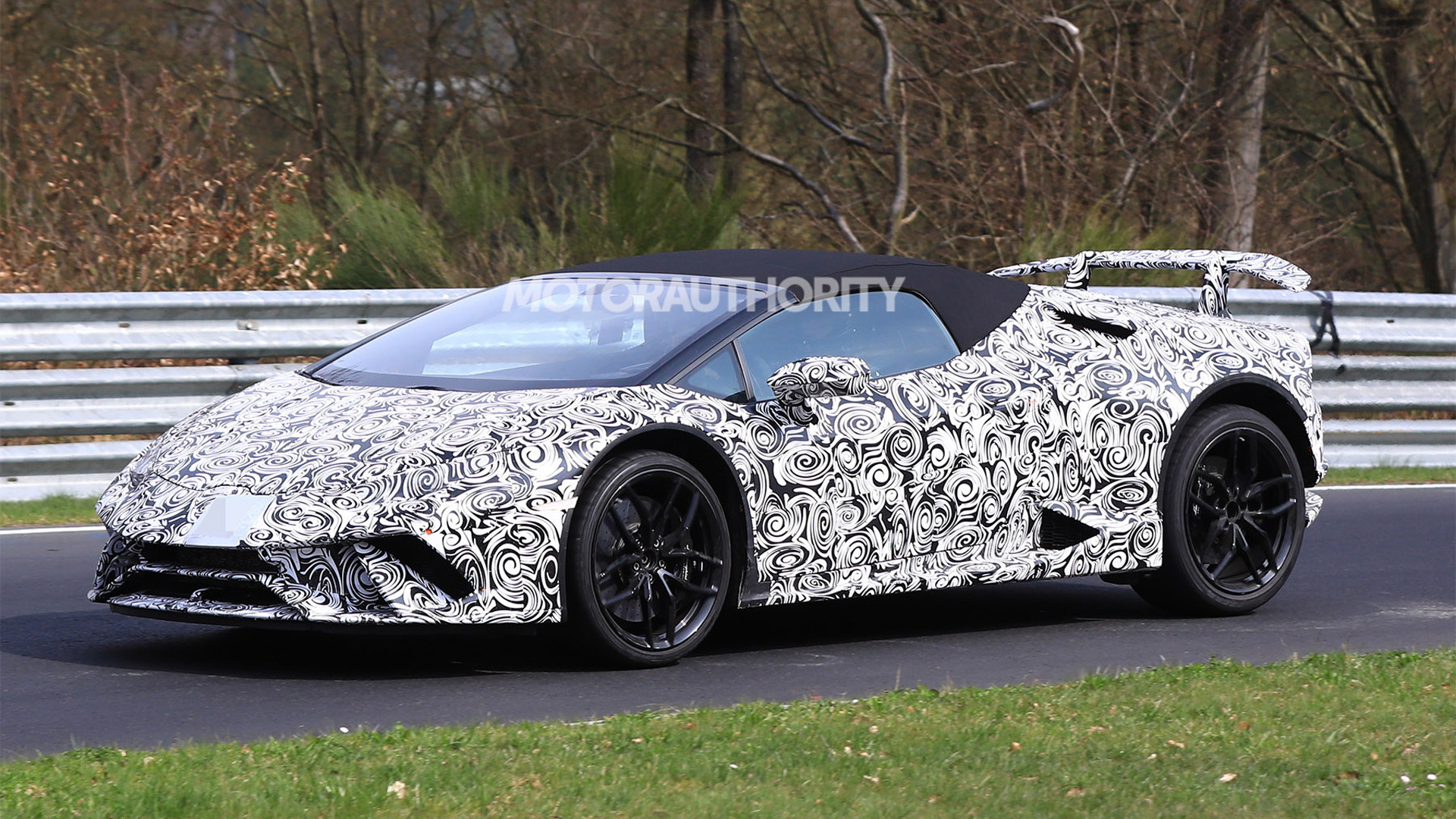 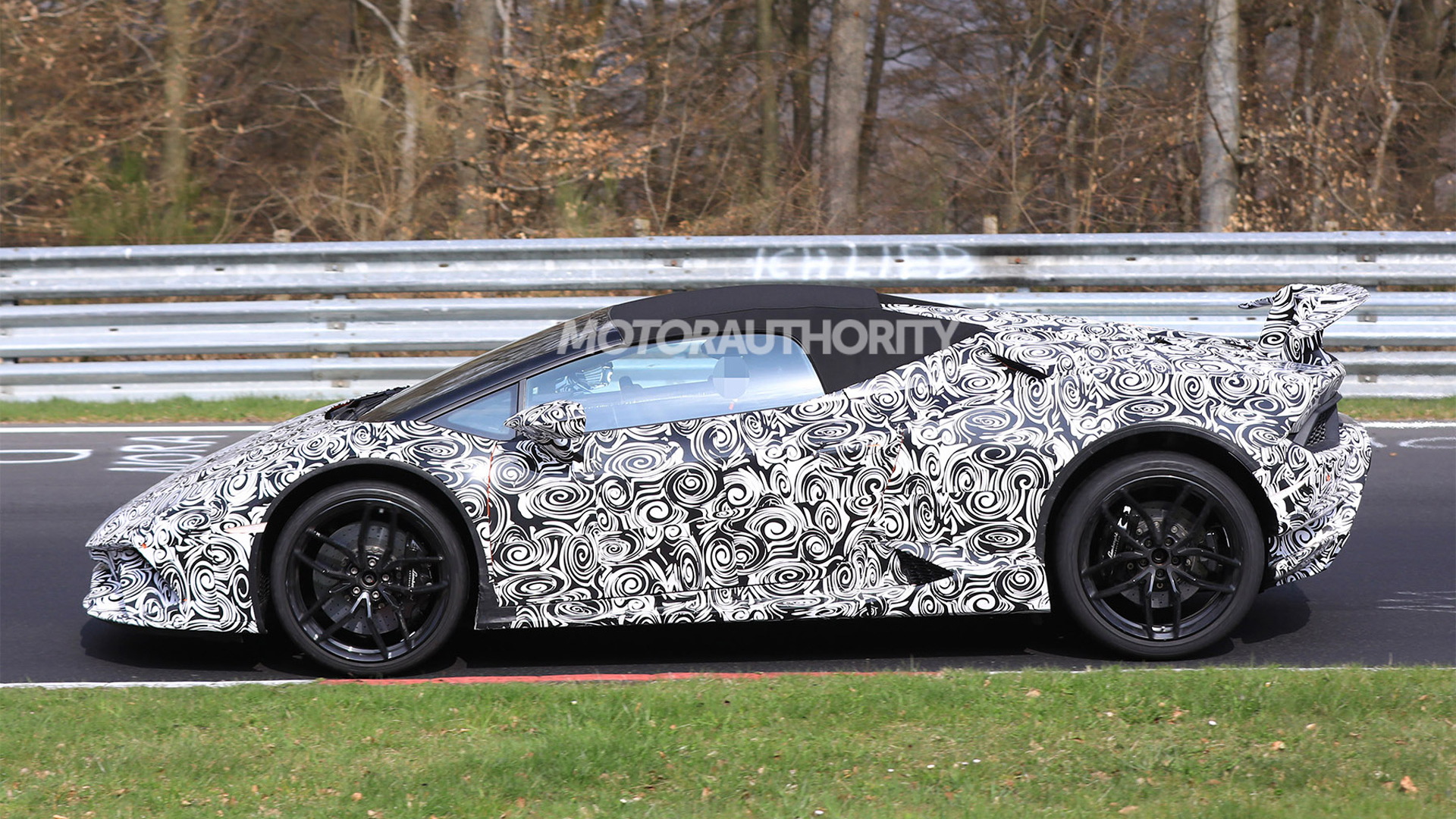 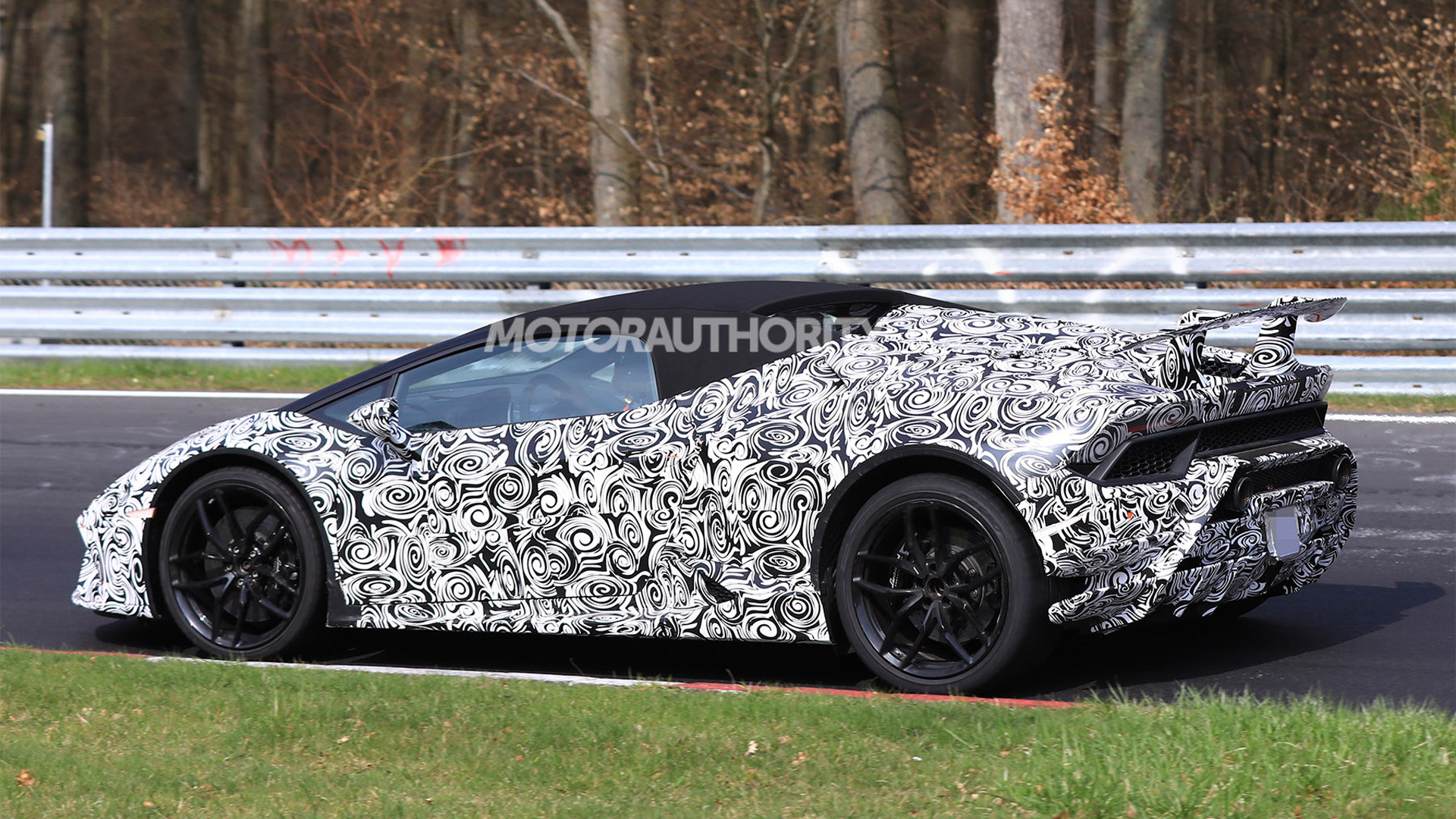 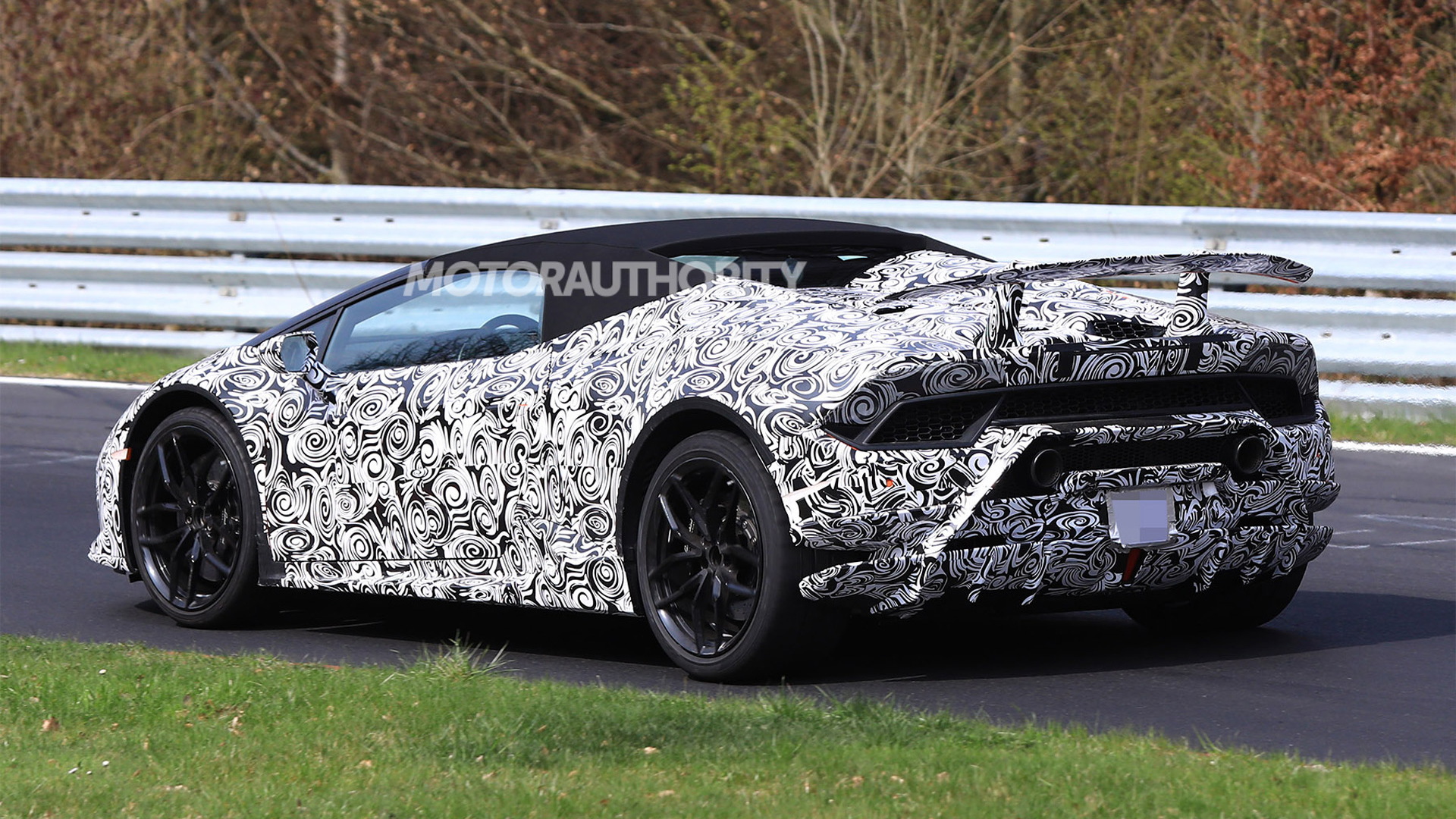 Lamborghini’s ballistic Huracán Performante is about to receive a convertible option.

A prototype for what’s destined to be the new Lamborghini Huracán Performante Spyder has been spotted again, and this time we know exactly what kind of heat it’s packing.

In the engine bay is Lamborghini’s familiar 5.2-liter V-10, tuned here to deliver 631 horsepower and 442 pound-feet of torque. The standard 7-speed dual-clutch transmission has also been optimized for increased performance and sending drive to all four wheels is a Haldex all-wheel-drive system with a mechanical self-locking rear differential.

The setup is capable of sending the Huracán Performante coupe around the Nürburgring in a blistering 6:52.01, a new record for production cars, and we suspect the open-top Huracán Performante Spyder won’t be much slower. The car should also hit 60 mph in less than 3.0 seconds and top out at over 202 mph.

The key to the car’s performance is a sophisticated active aerodynamics setup called the Aerodinamica Lamborghini Attiva (ALA). It consists of electronically-controlled flaps that can vary between low-drag and high-downforce settings. The highlight is at the rear where air ducts in the engine cover connect to the rear wing as well as the wing pylons. Inside these ducts are flaps that can be opened or shut to constantly adjust the aero as a car tackles a track.

There are weight-saving mods, too. The Huracán Performante coupe has a dry weight of just 3,047 pounds. The convertible shouldn’t be much heavier.

The roof on Huracán convertibles takes just 17 seconds to go up or down and is fully functional at speeds of up to 31 mph.

Look for a debut in the summer.