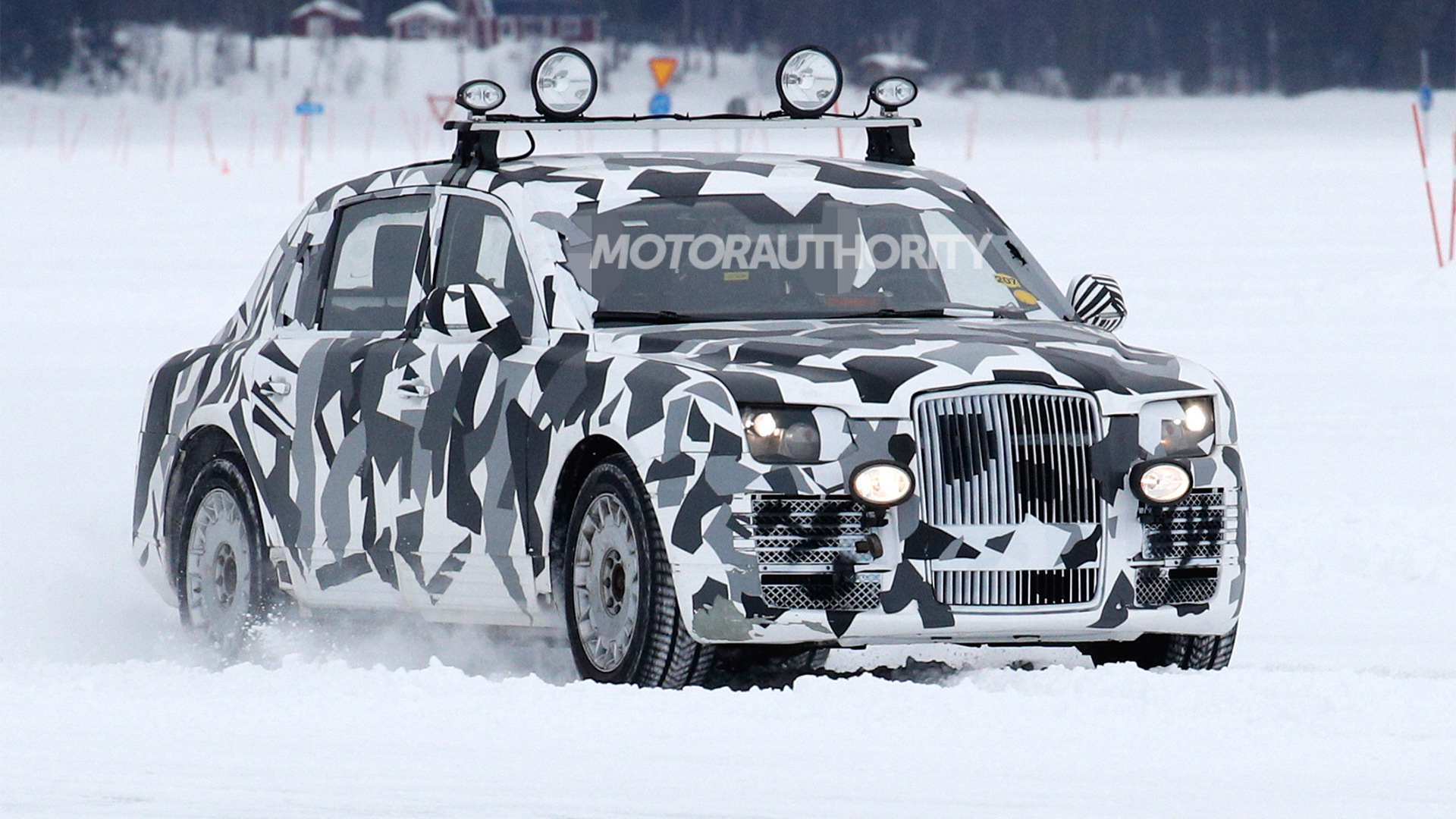 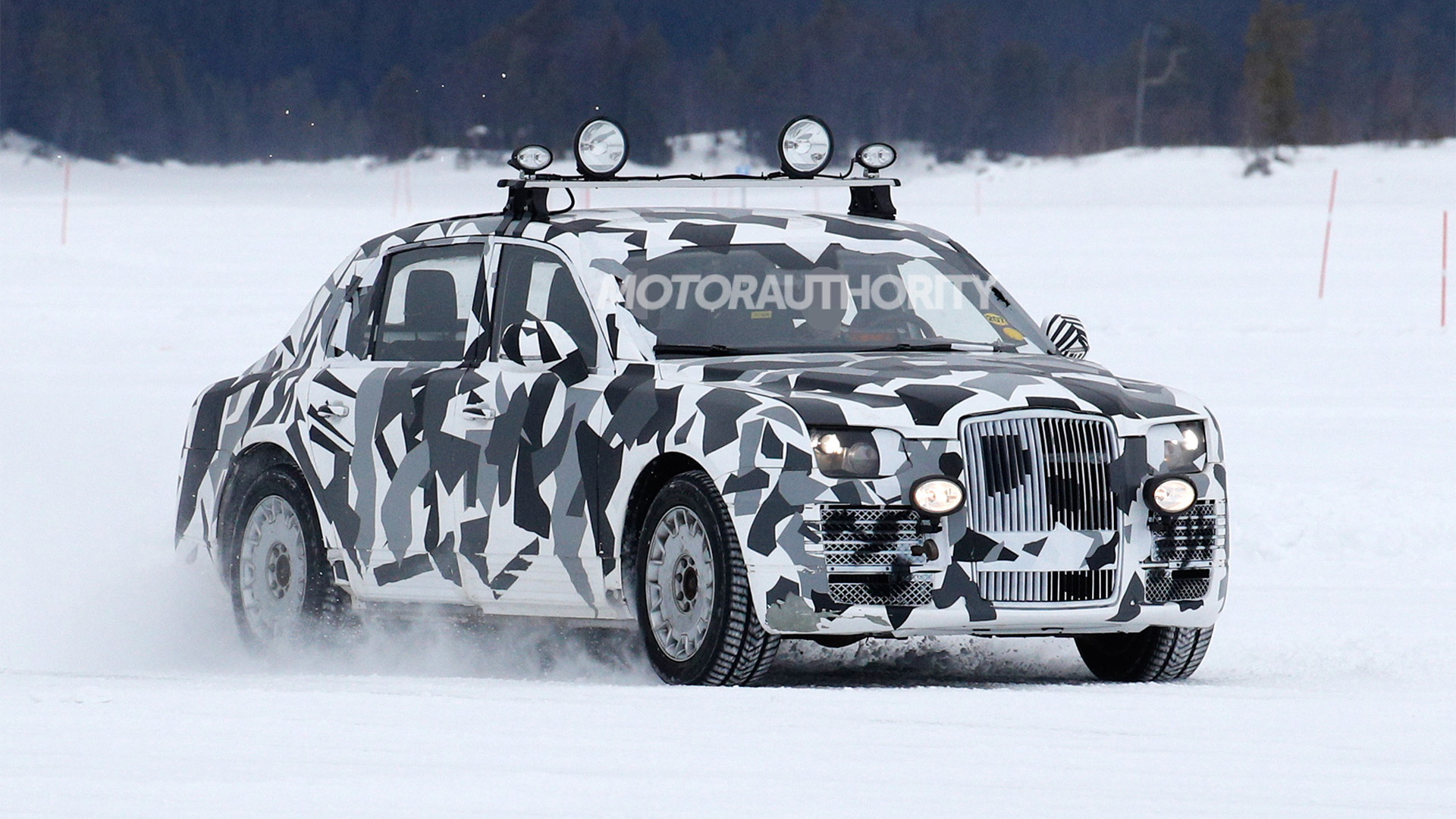 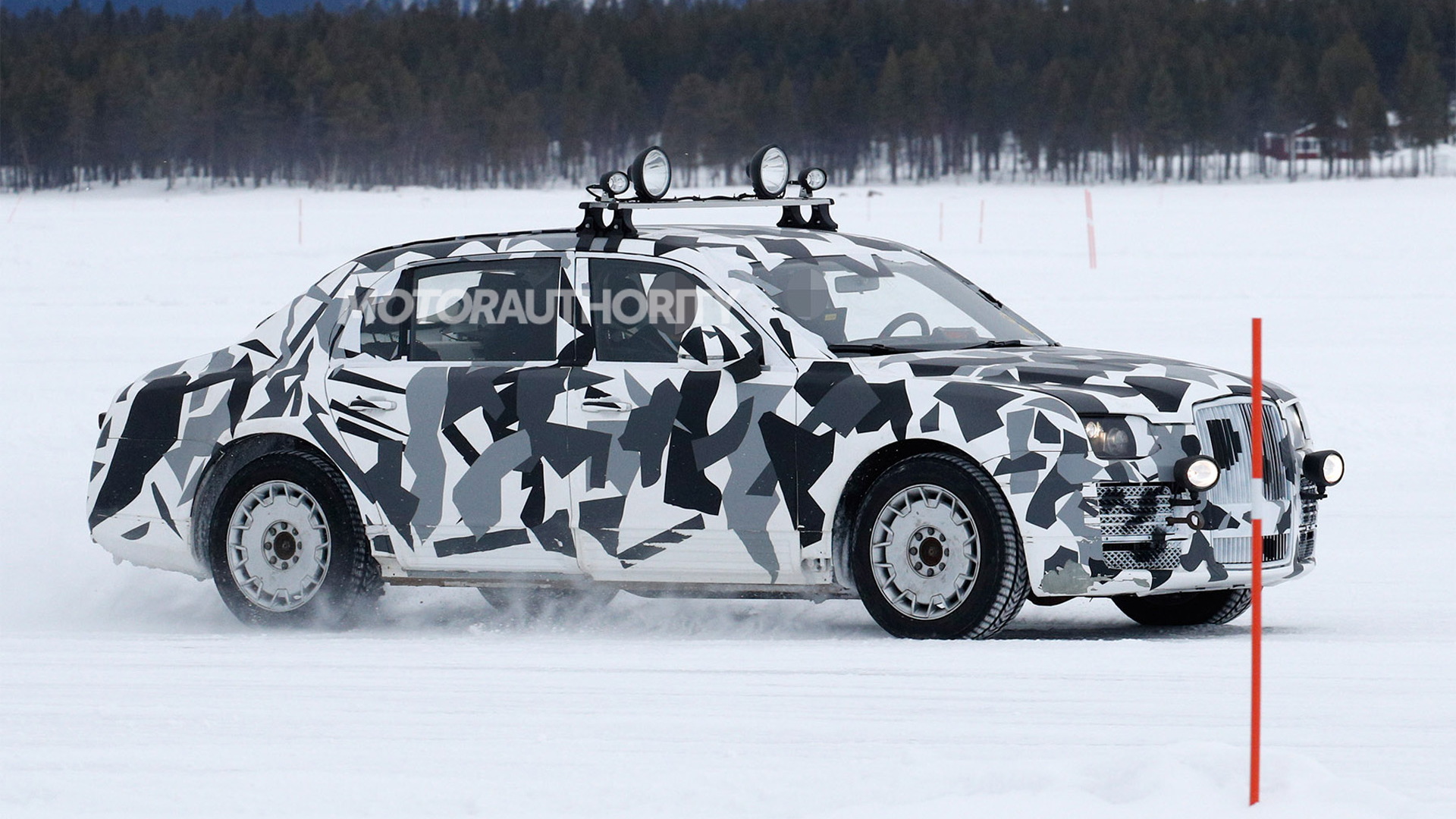 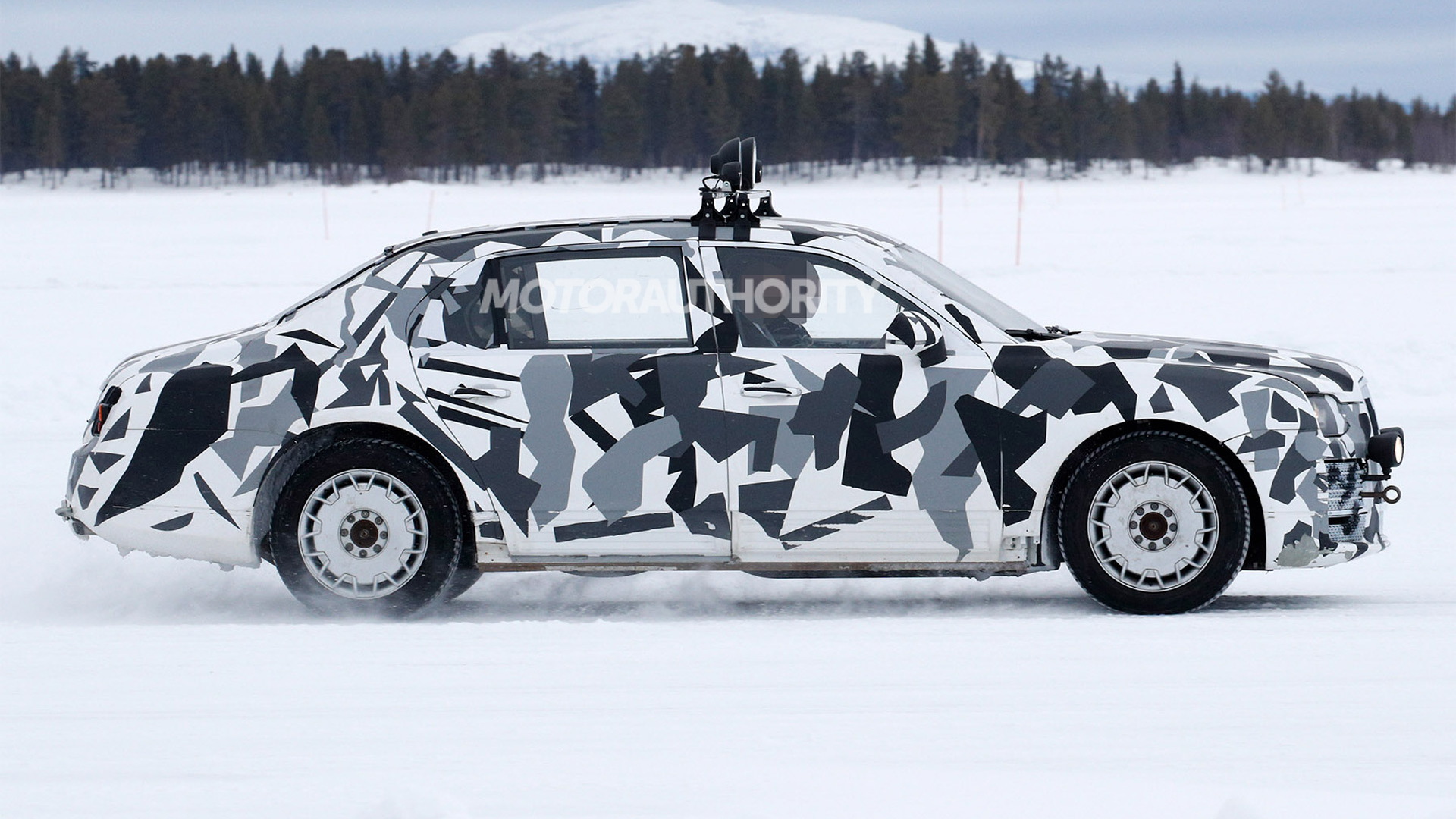 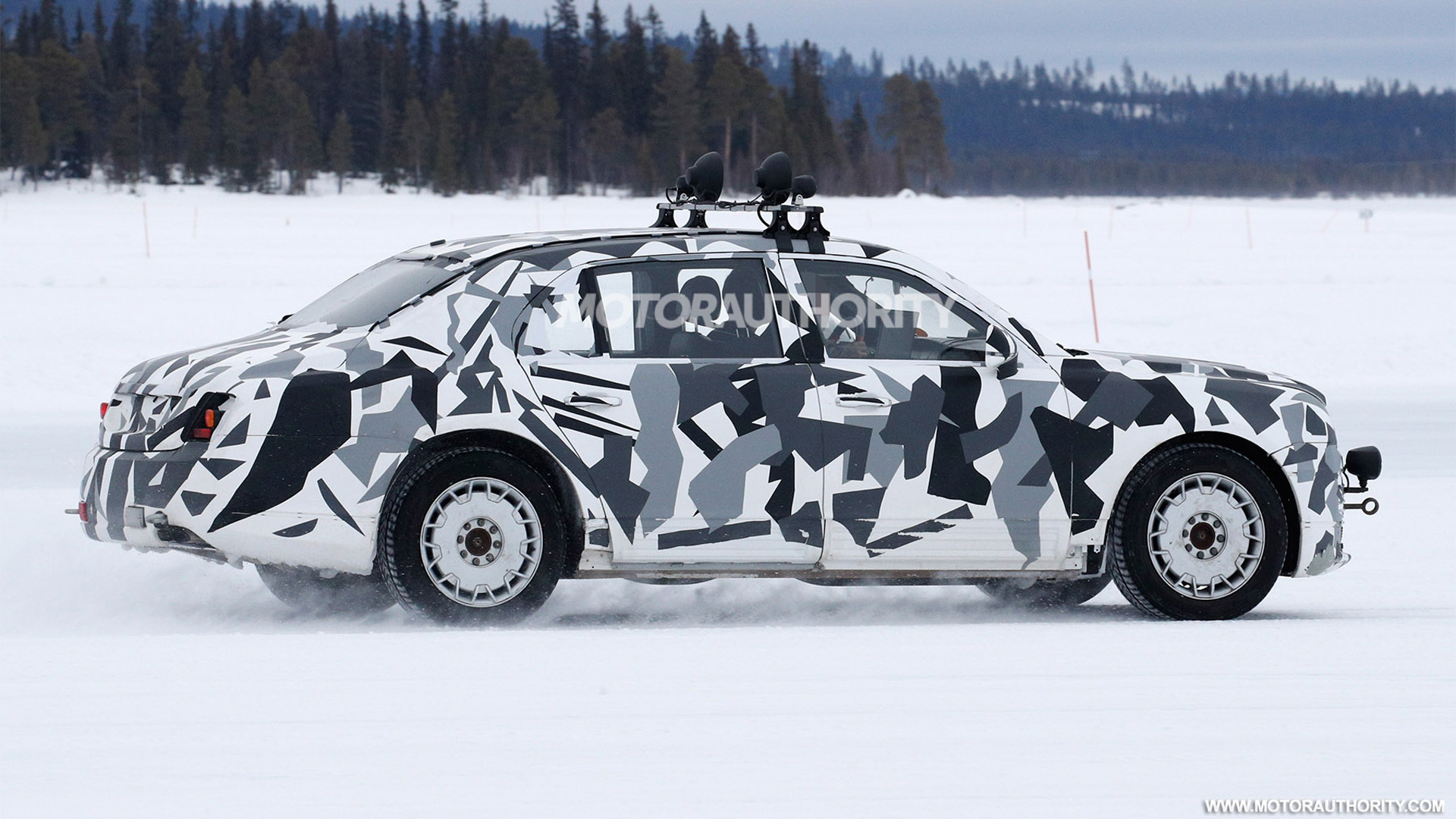 No, you’re not looking at a new Bentley or Rolls-Royce in the works. Rather, this stubby, high-sided sedan is the next presidential limo for the Russian state.

Referred to as Project Kortezh, the sedan is the result of Russia’s request for a locally-developed car to transport dignitaries, including current President Vladimir Putin.

Three other vehicles are being developed as part of Project Kortezh; a long-wheelbase sedan, an SUV and a van. Early concepts for the four vehicles were presented in 2014 (shown below).

Our spy shots of a prototype reveal that the production version of the Kortezh will closely resemble one of the early concepts. The rear is reminiscent of Bentley’s Mulsanne while the front looks like a mashup of the previous-generation Chrysler 300 and a Rolls-Royce.

Most of the engineering work is being handled by a consortium of Russian automakers including Sollers, GAZ, KAMAZ and ZiL. Porsche is believed to have been tapped to help develop the powertrains, one of which is tipped to be a twin-turbocharged V-12.

The prototype being tested is, naturally, fitted with armor protection. This is evident by the reinforced, eight-lug wheels wrapped in what’s likely to be Kevlar-reinforced, run-flat tires. A similar combo is featured on our own presidential limo known as the Beast.

Putin is expected to take delivery of the first Kortezh in late 2018. Approximately 200 of the vehicles will be enlisted to the Russian state’s fleet.

Eventually, civilian versions of the Kortezh vehicles will be launched. They will undoubtedly be a big status symbol across Russia, though for some we’re sure the cars’ protective abilities will be more vital.