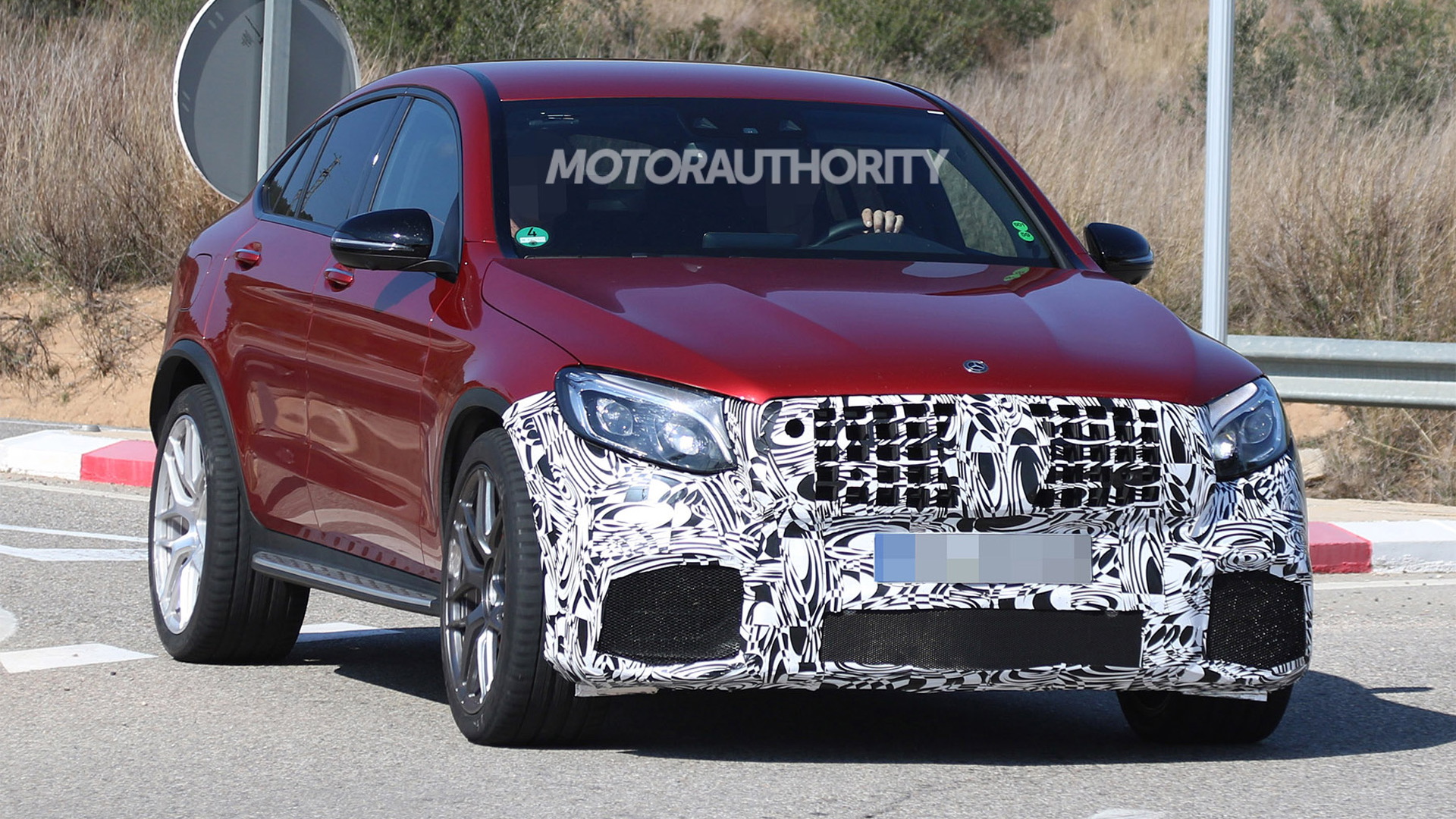 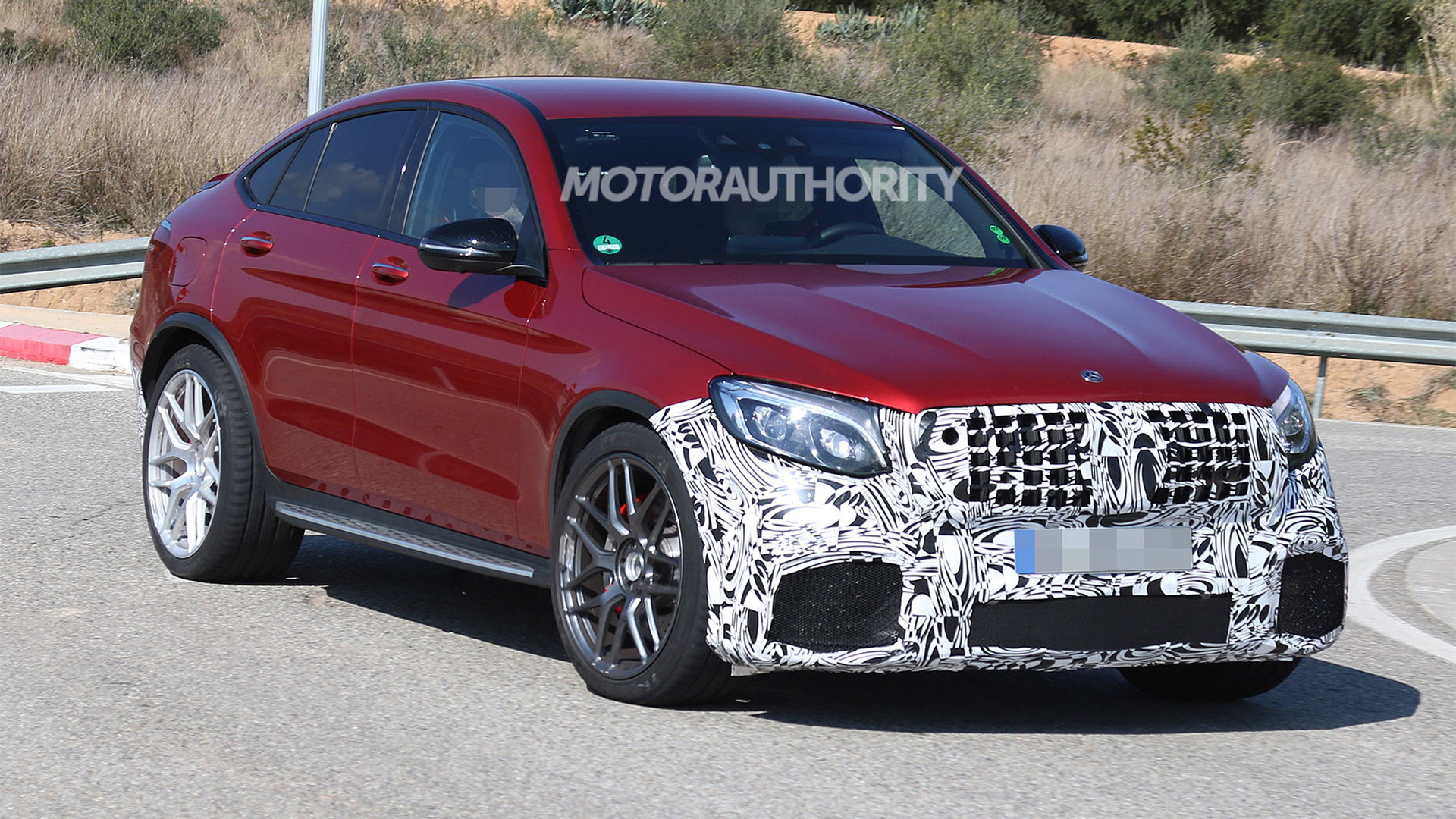 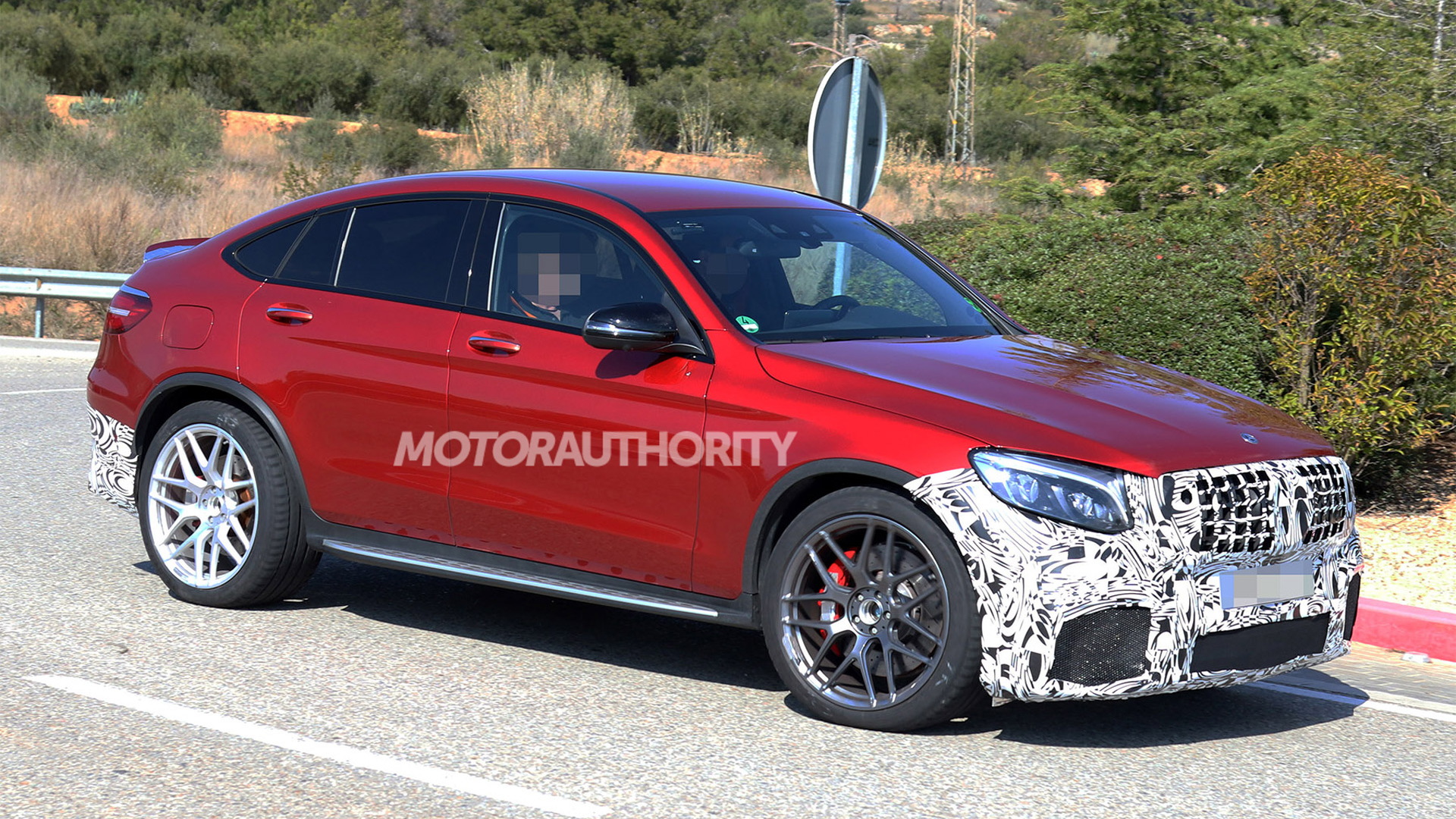 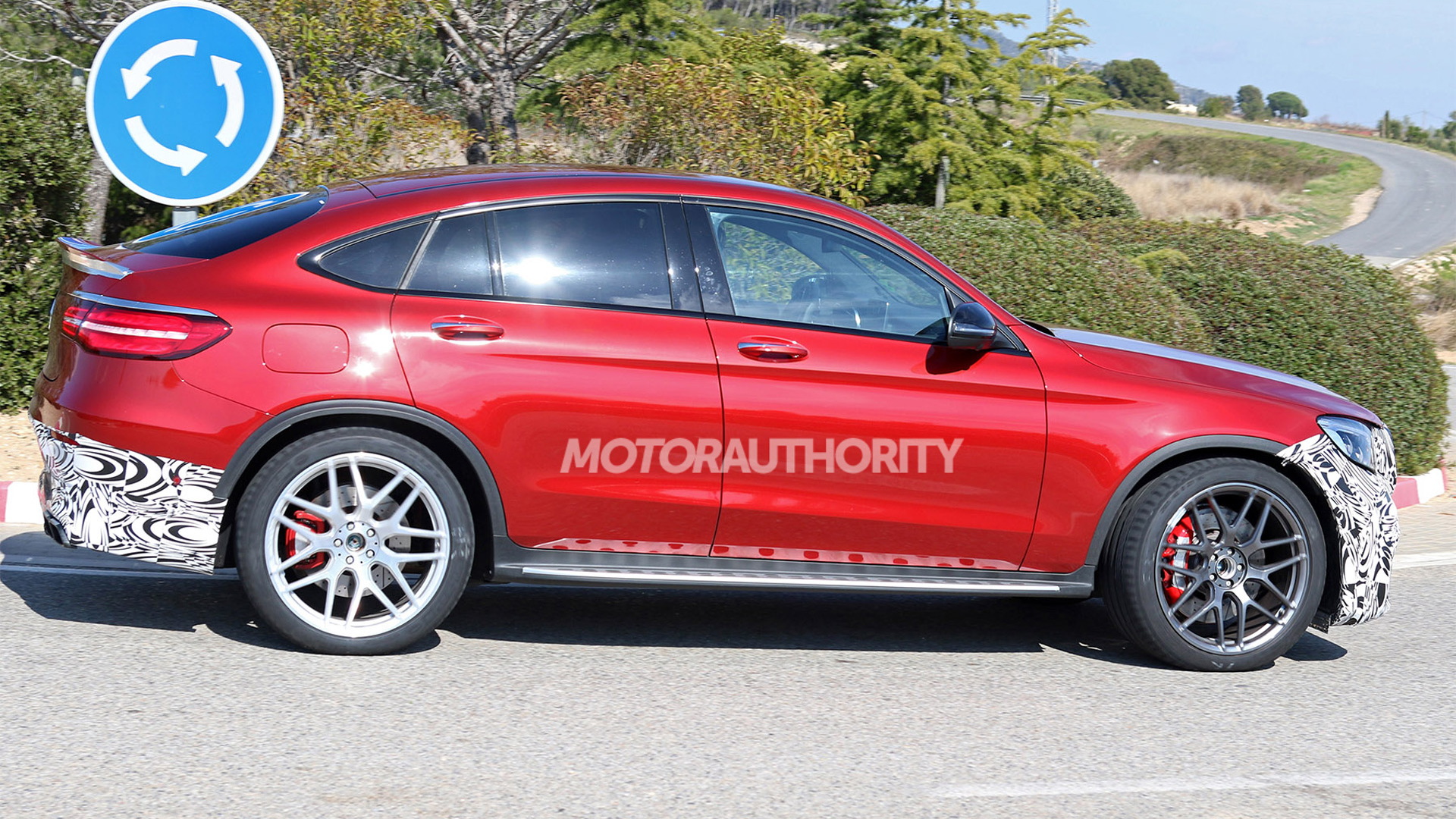 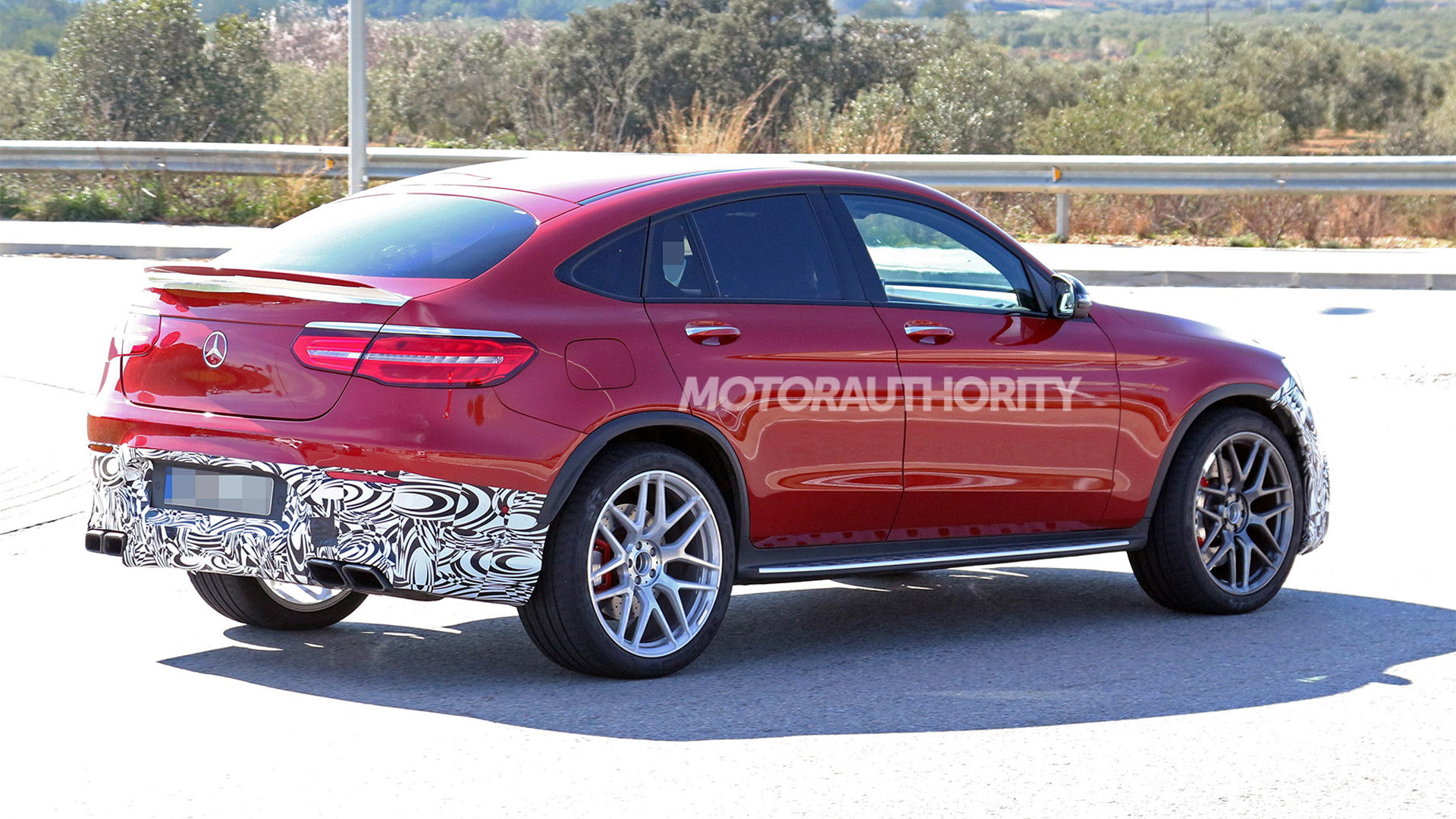 The slinky coupe-like SUV already comes in GLC43 flavor, but our latest spy shots reveal a prototype for what’s destined to be a GLC63 Coupe. Signature AMG elements include the protruding grille, aggressive aero kit, quad-exhaust tips, and uprated wheel and brake package.

Given the lack of camouflage gear on the prototype, the debut can’t be far. Look for a reveal later this year. It should be introduced alongside a GLC63, prototypes for which have also been spied. 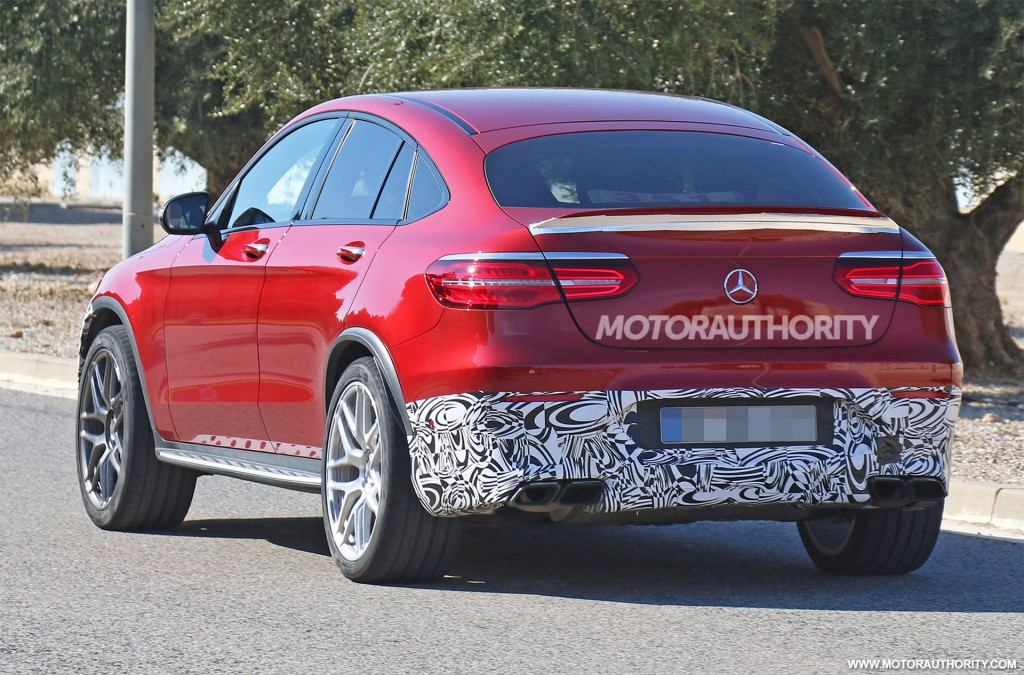 Both will come powered by AMG’s familiar twin-turbocharged 4.0-liter V-8. Installing the engine shouldn’t be a problem as the GLC’s MHA platform is related to the MRA platform found in the latest C-Class and E-Class models, both of which offer the mighty mill.

Look for both GLC63 and GLC63 S options, delivering 469 and 503 horsepower respectively. A 9-speed automatic transmission and all-wheel-drive system should be standard on both.

There isn’t much in the way of a direct competitor for the GLC63 Coupe. Interested buyers may also want to check out the Porsche Macan Turbo as well as the tamer BMW X4 M40i. In addition, BMW has been spotted testing an X3 M, Jaguar an F-Pace SVR, and we hear Audi is planning a RS Q5.