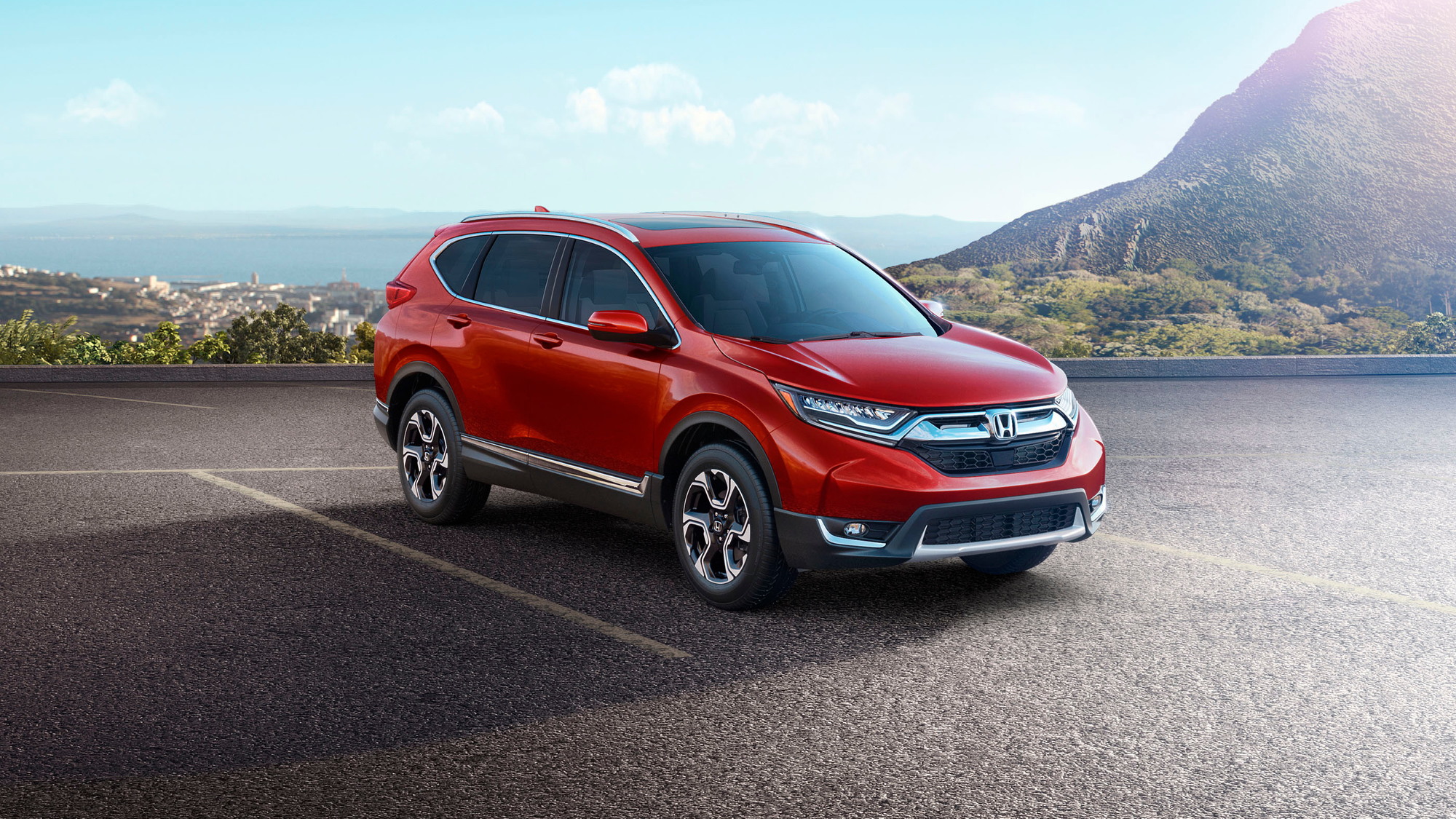 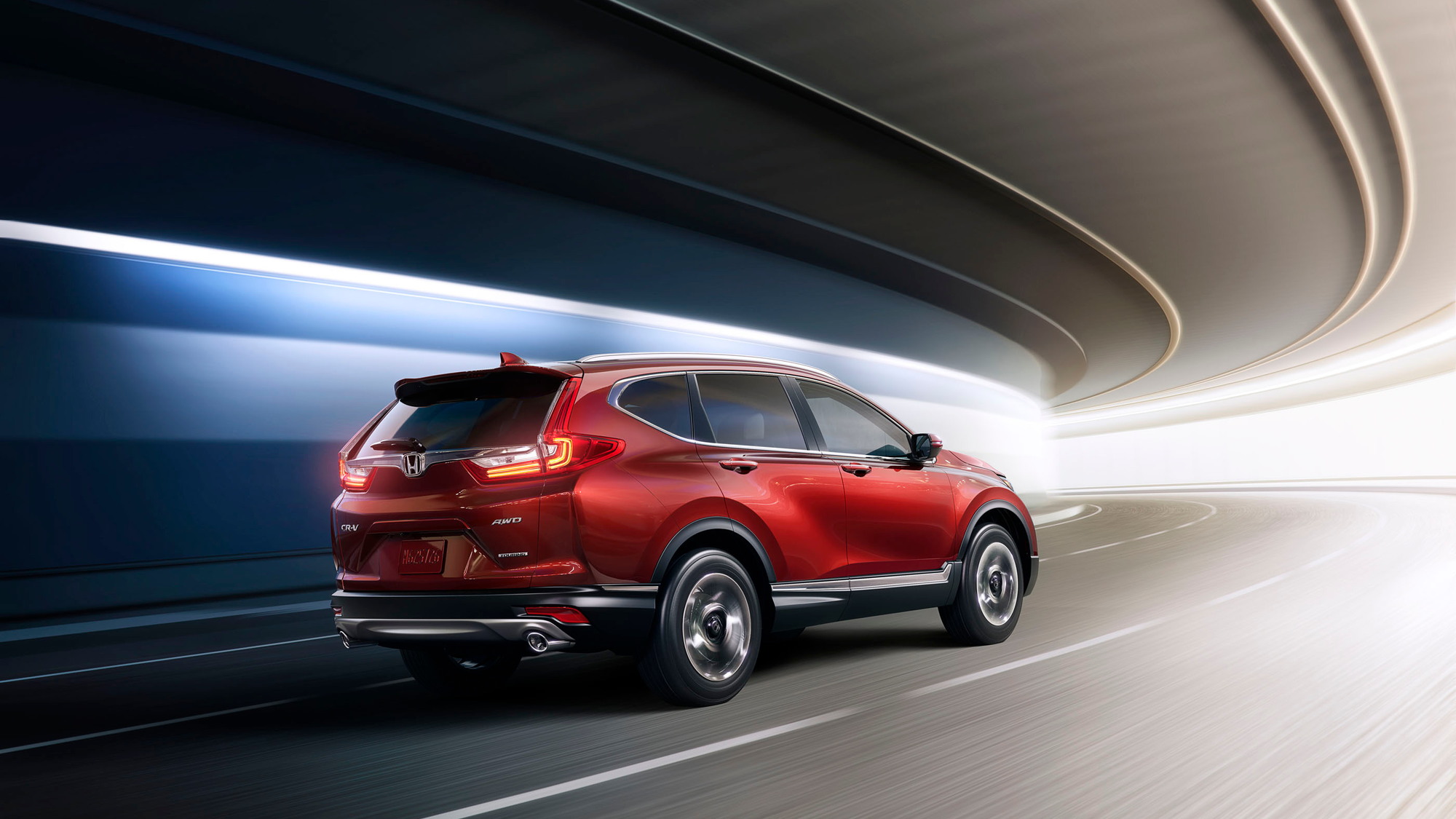 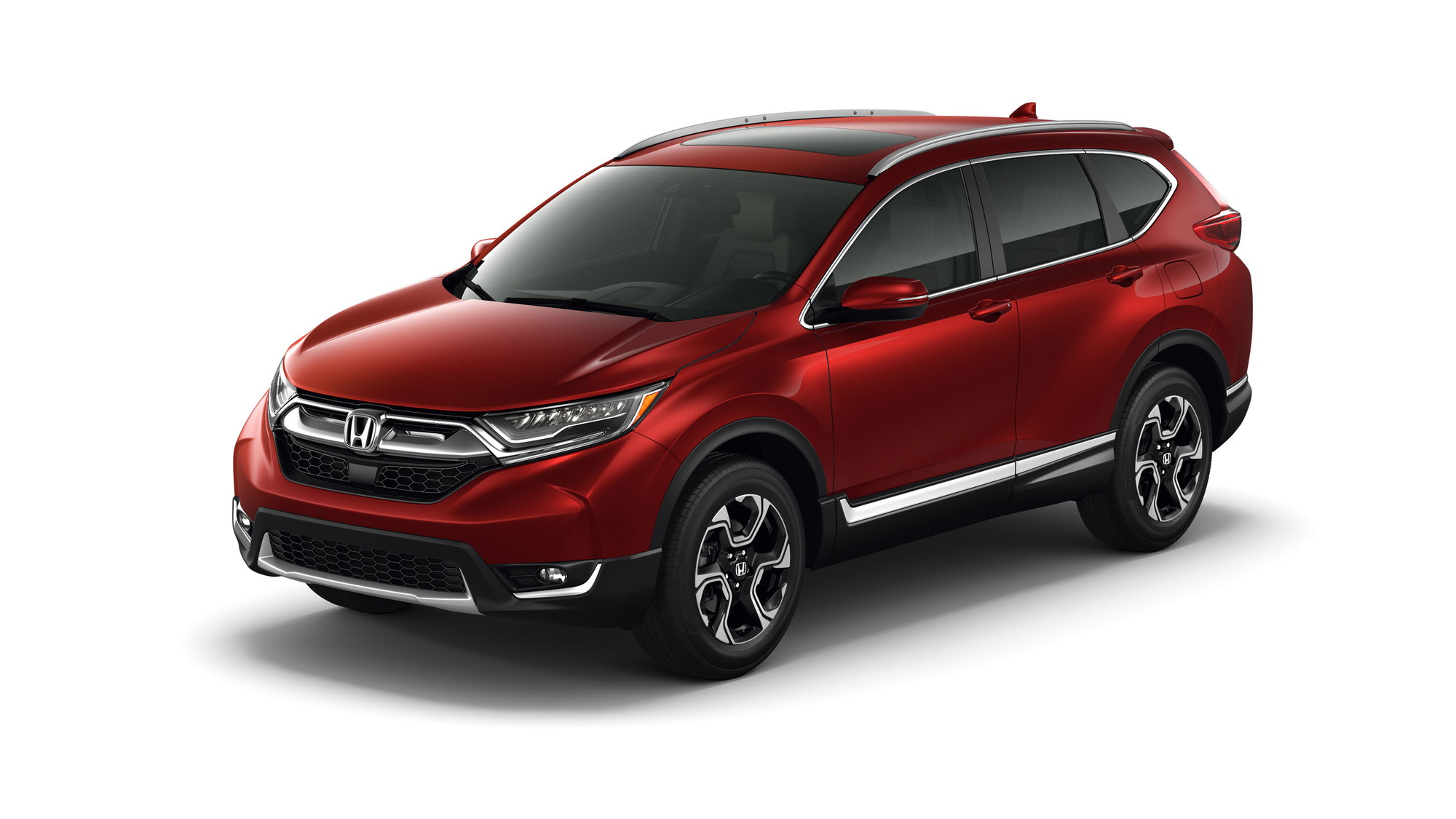 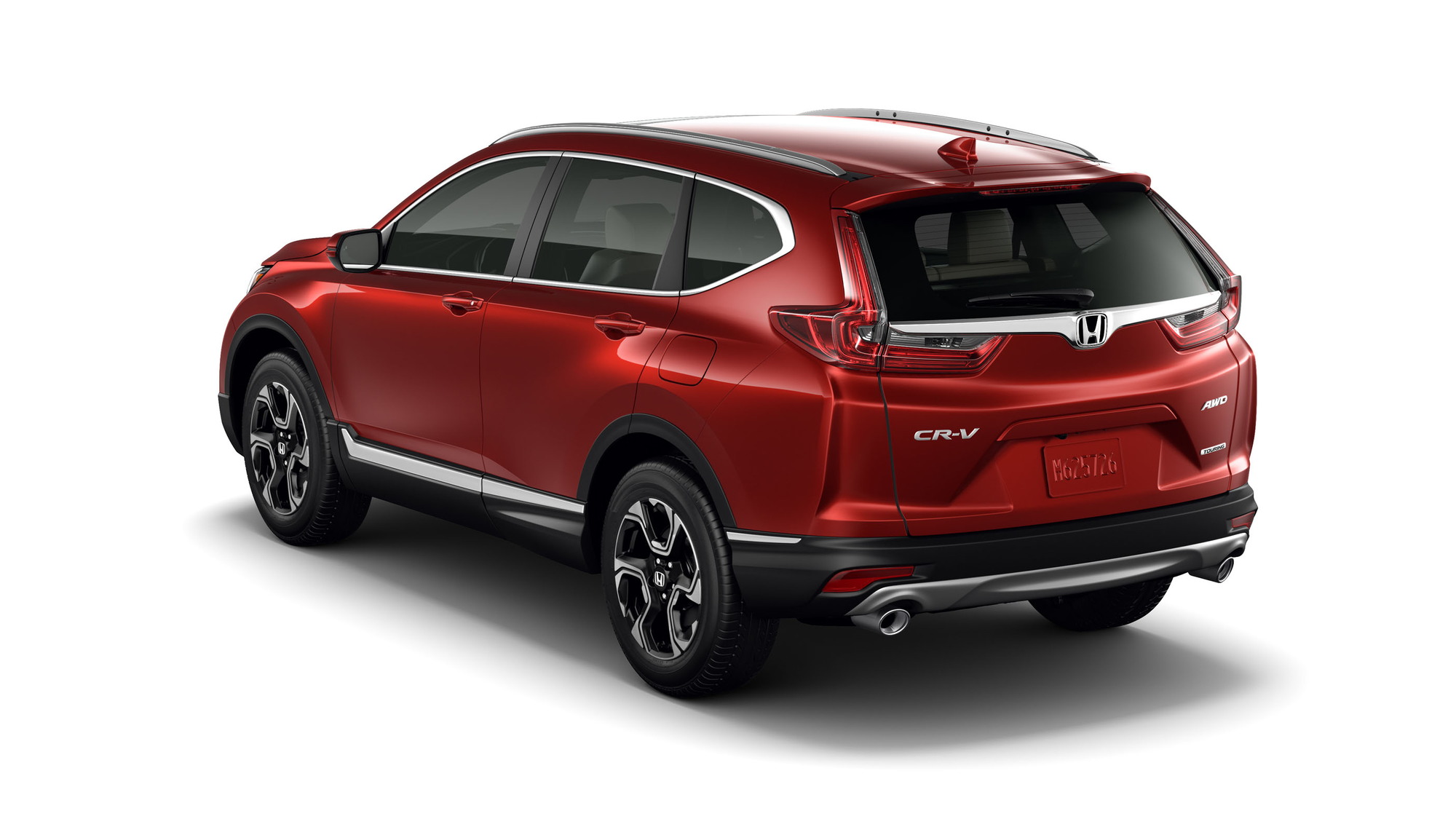 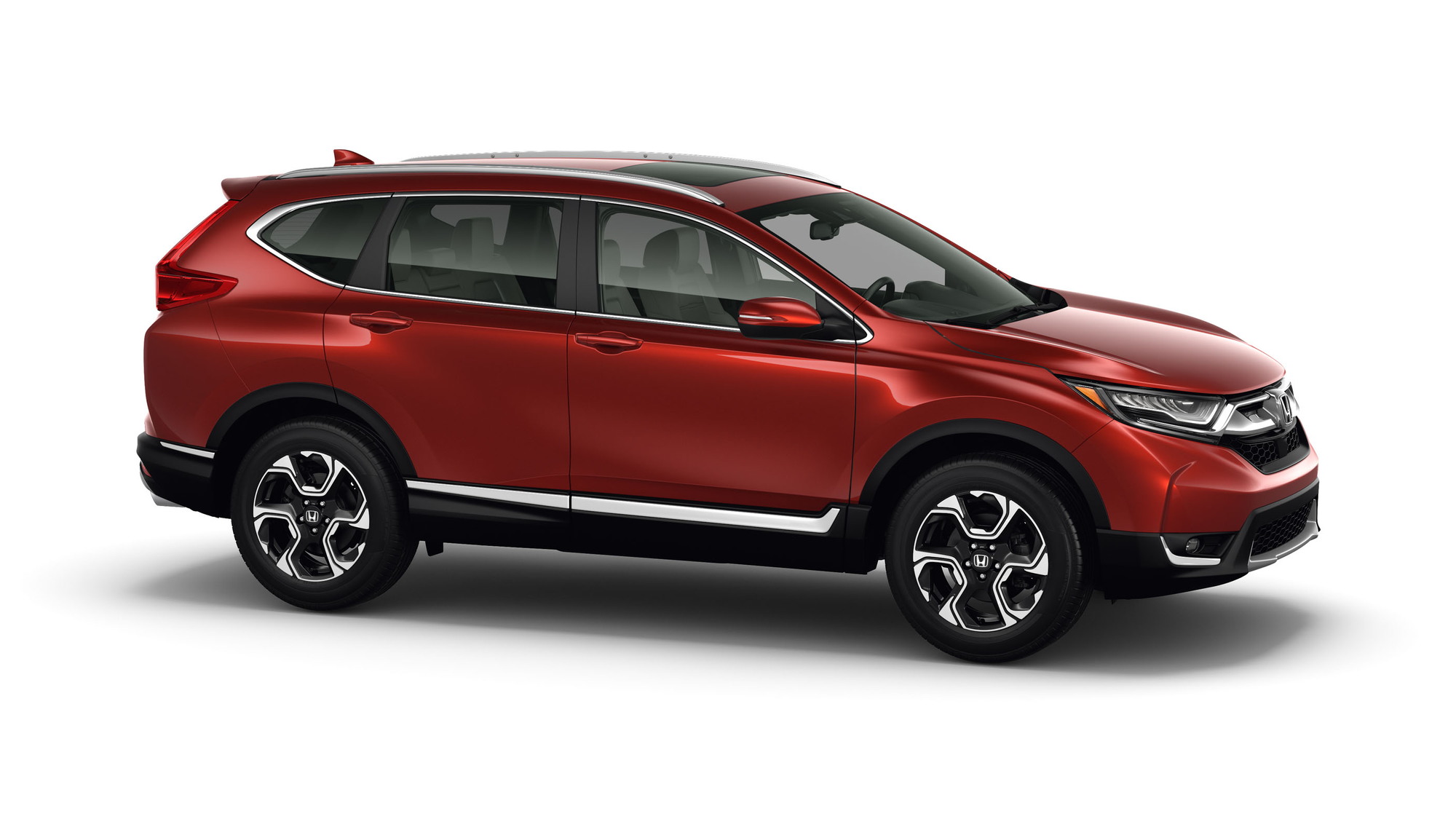 After years of losing market share to rivals, namely the Korean brands, Honda is now in the midst of a product renaissance that started with the arrival of the award-winning 2016 Civic Sedan. We’ve since seen new Civic Coupe, Civic Hatchback and Ridgeline models join the range and today we have our first look at a new CR-V.

Due in showrooms in the winter, the 2017 CR-V, the fifth generation of the popular SUV, boasts a handsome look, a much more refined interior, and the nameplate’s first-ever turbocharged engine. The platform is a stretched version of the light yet stiff design that debuted in the 2016 Civic.

The 2017 CR-V has grown in size compared to its predecessor, which makes sense with the smaller HR-V on the scene. There’s close to 1.2 inches of extra wheelbase, which in particular benefits rear legroom. The cabin, which seats five, is not only more spacious but also more refined, thanks mostly to a new soft-touch instrument panel and stitched seats.

Available features include a 7.0-inch touchscreen display for the infotainment system, which is powered by an Android-based operating system and can be equipped with navigation. The infotainment system also offers Apple CarPlay and Android Auto smartphone integration systems. For safety, Honda is offering its Sensing suite of electronic driver aids which includes adaptive cruise control, collision warning, and blind spot and rear cross traffic warning systems.

Three plants in North America will produce the new CR-V. They include plants in East Liberty, Ohio; Greensburg, Indiana; and Alliston, Ontario, Canada. The engines, meanwhile, will be sourced from plants in Anna, Ohio and Alliston.

Pricing will be announced closer to the market launch but should start close to the $24,645 sticker of the outgoing model.

For more on the Honda CR-V, read the in-depth reviews at The Car Connection.