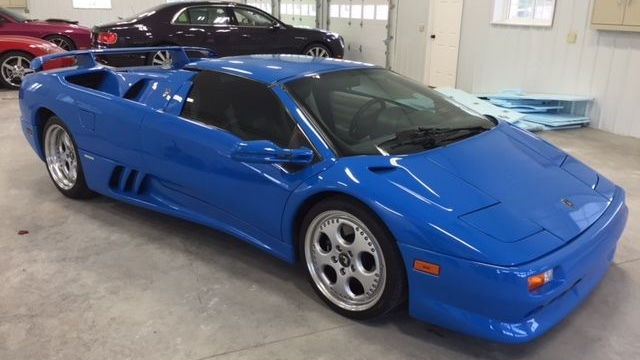 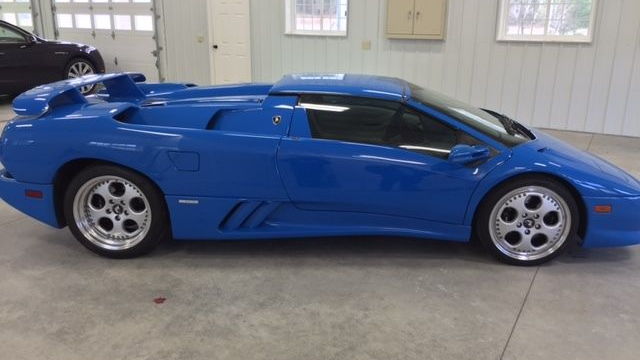 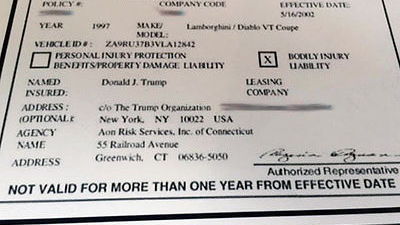 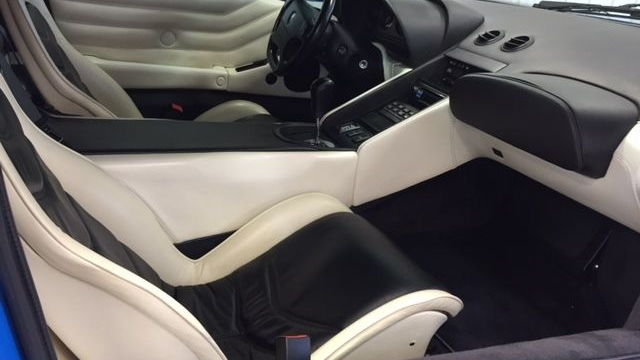 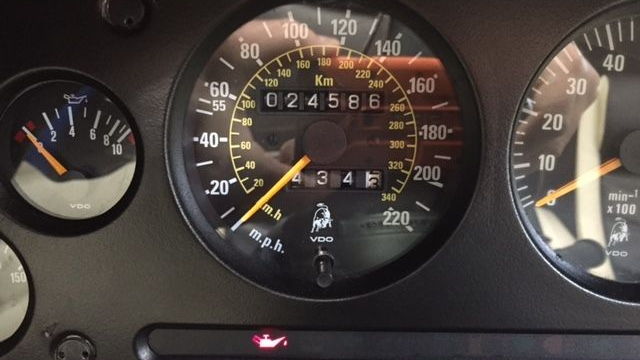 Is this Donald Trump's 1997 Lamborghini Diablo?

That's certainly his name on the badging and the Florida insurance card. Regardless, it's a V-12-powered Italian stunner with just 15,277 miles on the odometer, and it's up for sale on eBay Motors. The Blu LeMans-colored machine is an all-wheel-drive VT model with a 5-speed manual gearbox and 492 available horses.

It can be yours if you've got the cash, and the seller has started the bidding off with a price of $460,000. That's about double the price of the current market value of a late '90s Diablo VT Roadster.

Still, this seems to be a Trump-owned car and there could be a number of folks out there who'd love to support the Donald and own a piece of his own personal history. It could be a bargain if he ends up being the next President.

According to the supplied Vehicle History Report on the eBay listing page, the car spent the first few years of its life in Florida.

Then for some reason it shows up being registered in West Chester, PA. After that it's registered in California and passing emissions tests there for the next few years. It's briefly placed in Virginia, and then it's back to California which is good because the VA cops probably arrest you on site for attempting to drive a Lamborghini down the road.

Finally, it ends up in New York state, which is where the car currently resides. The VHR also lists an accident with the car in 2006, but there are no salvage reports, liens, or anything else listed against it. Still, that is a curious item to pop up in the report. Even with that though, the car looks quite clean.

It may be expensive but the high-dollar car market is currently insane so who knows for sure how much it will end up at. This Lamborghini definitely has more power than his former Acura NSX though... yuge power increase here, yuge!