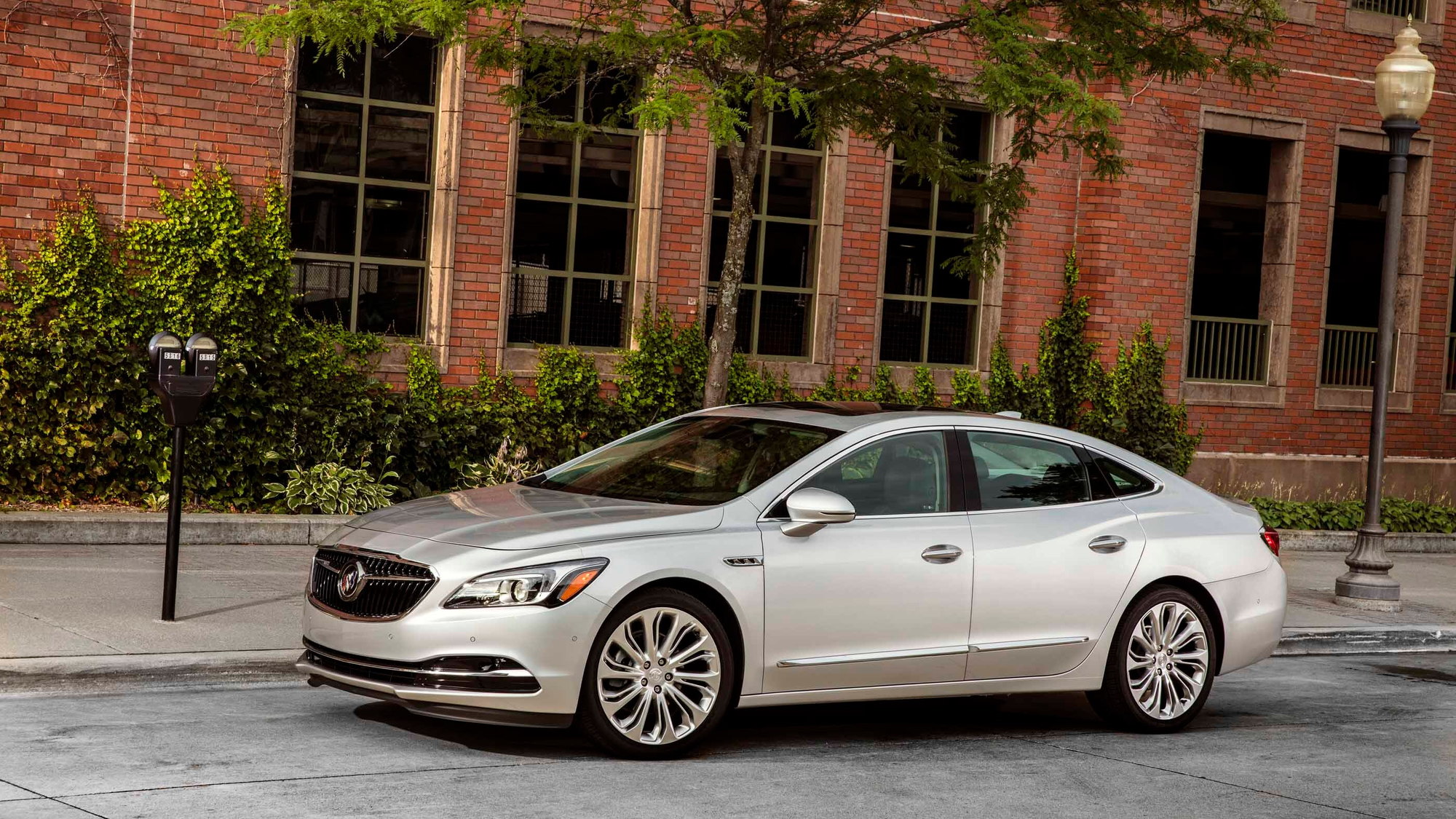 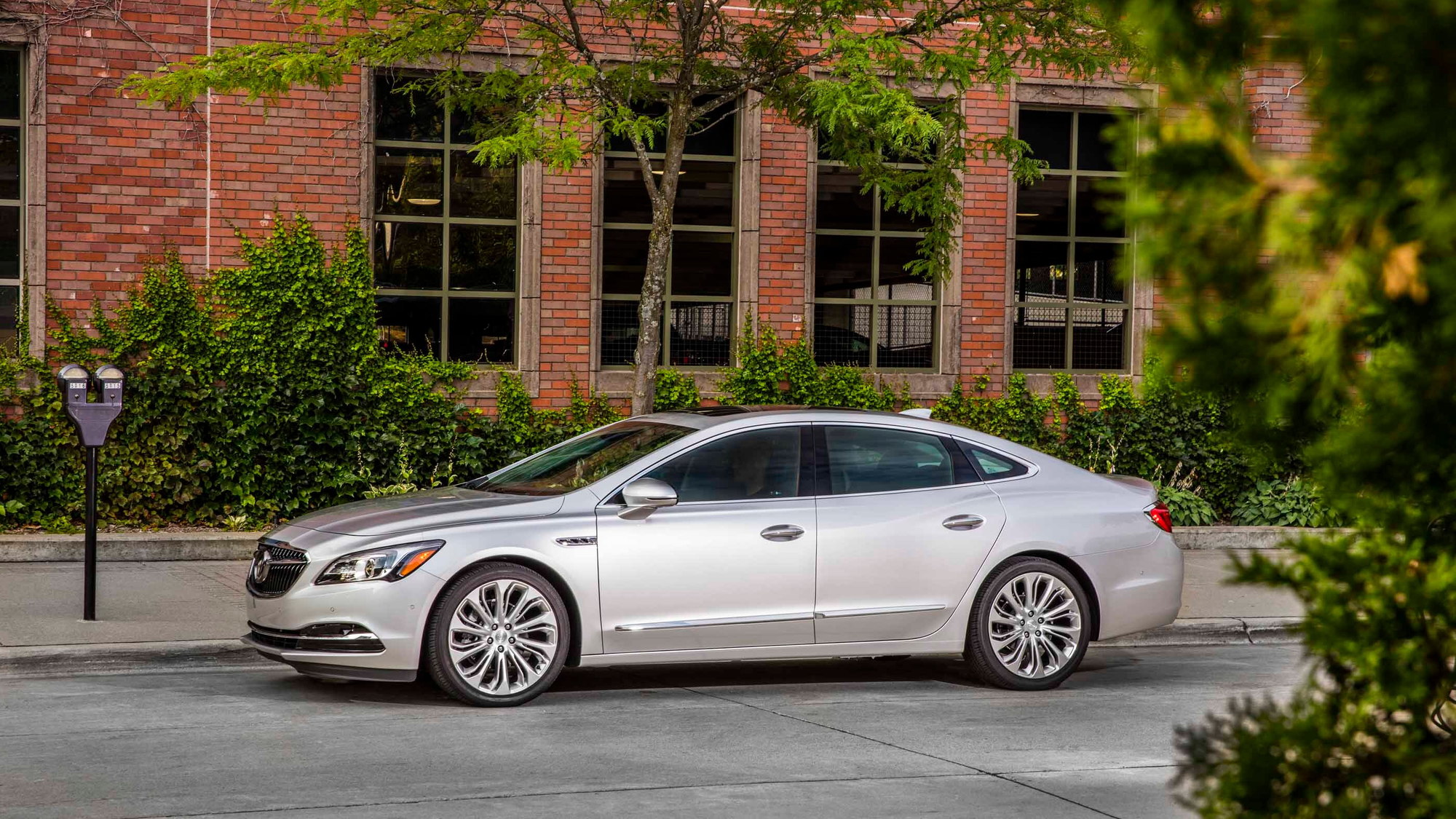 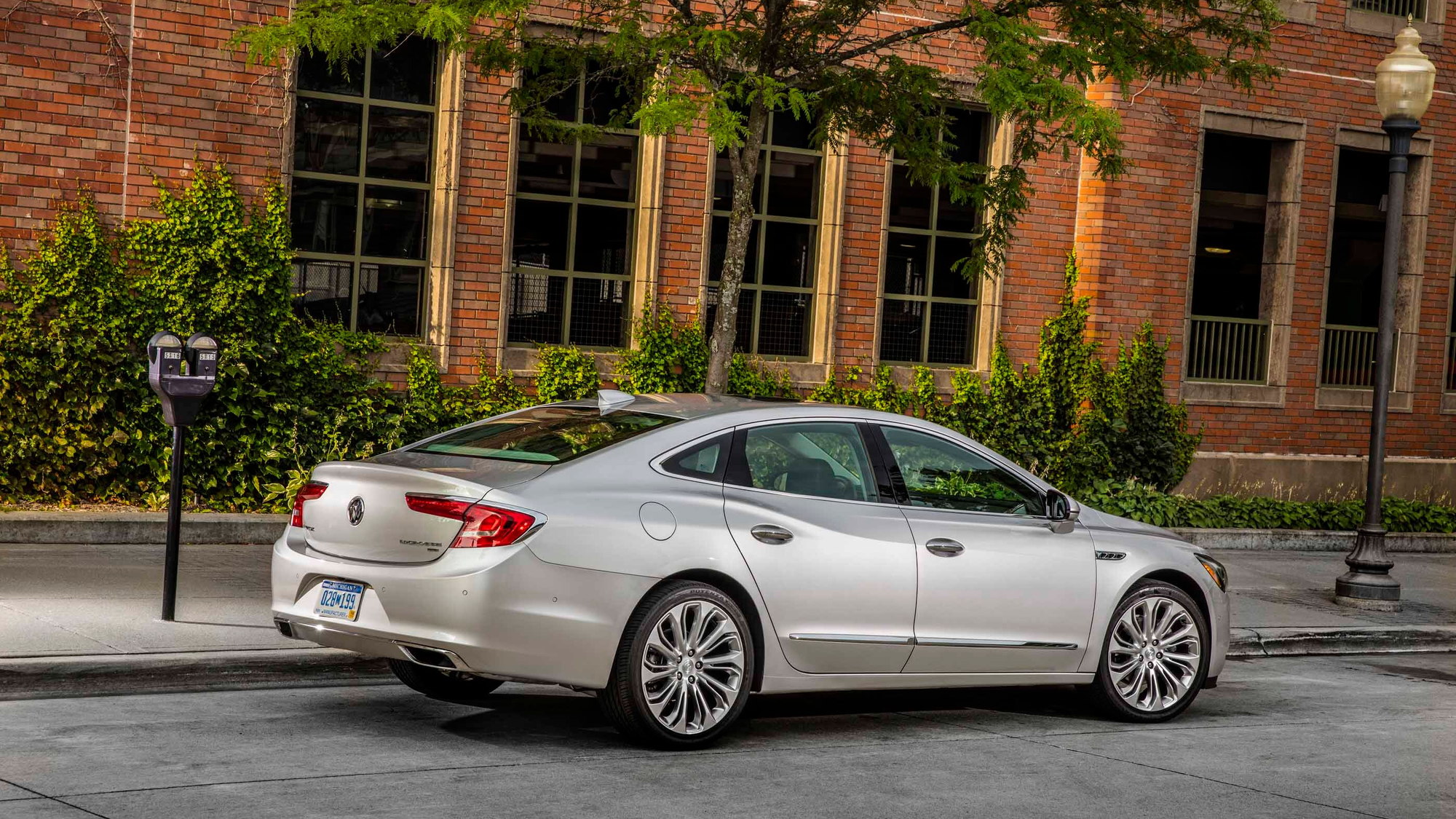 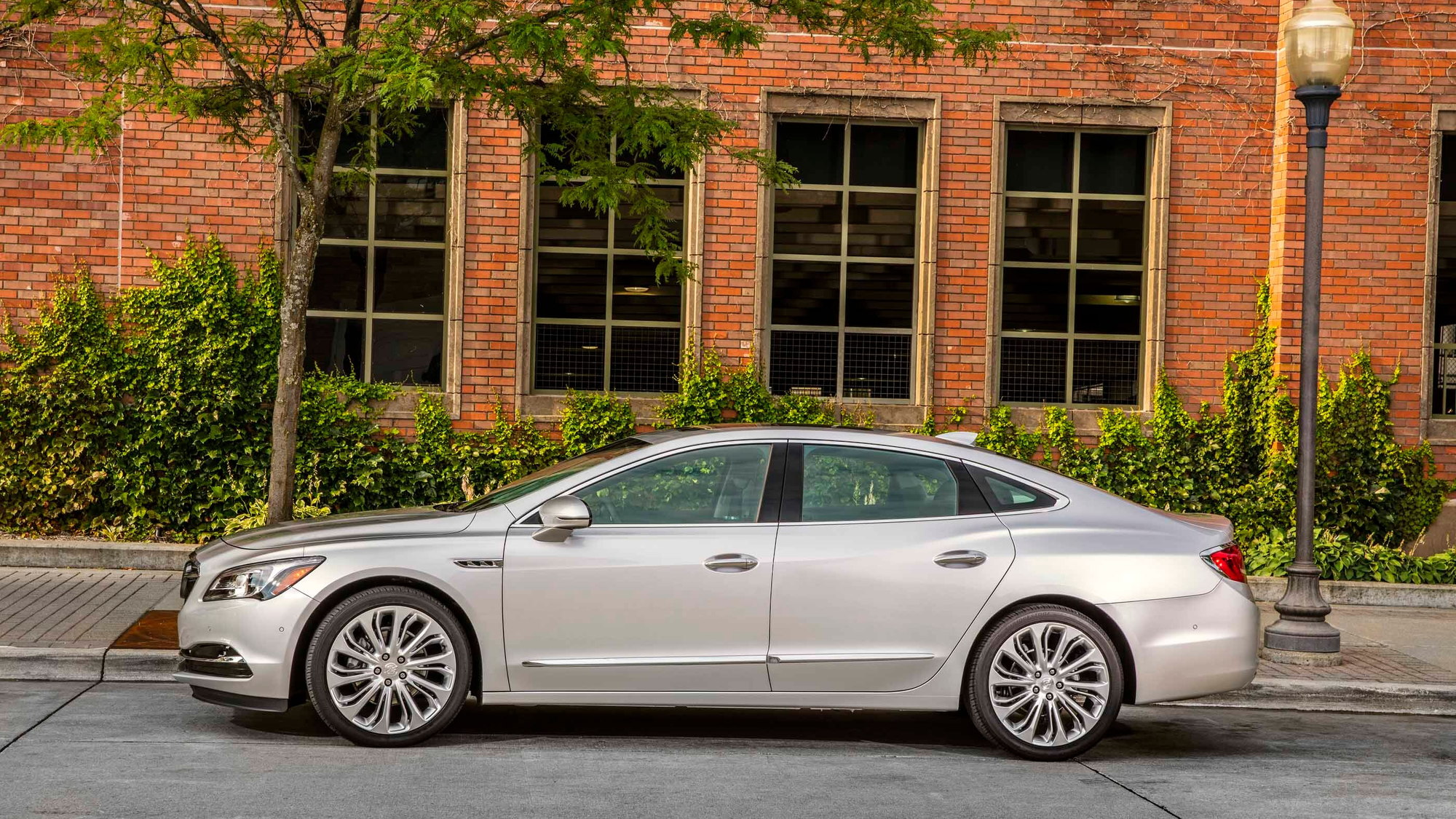 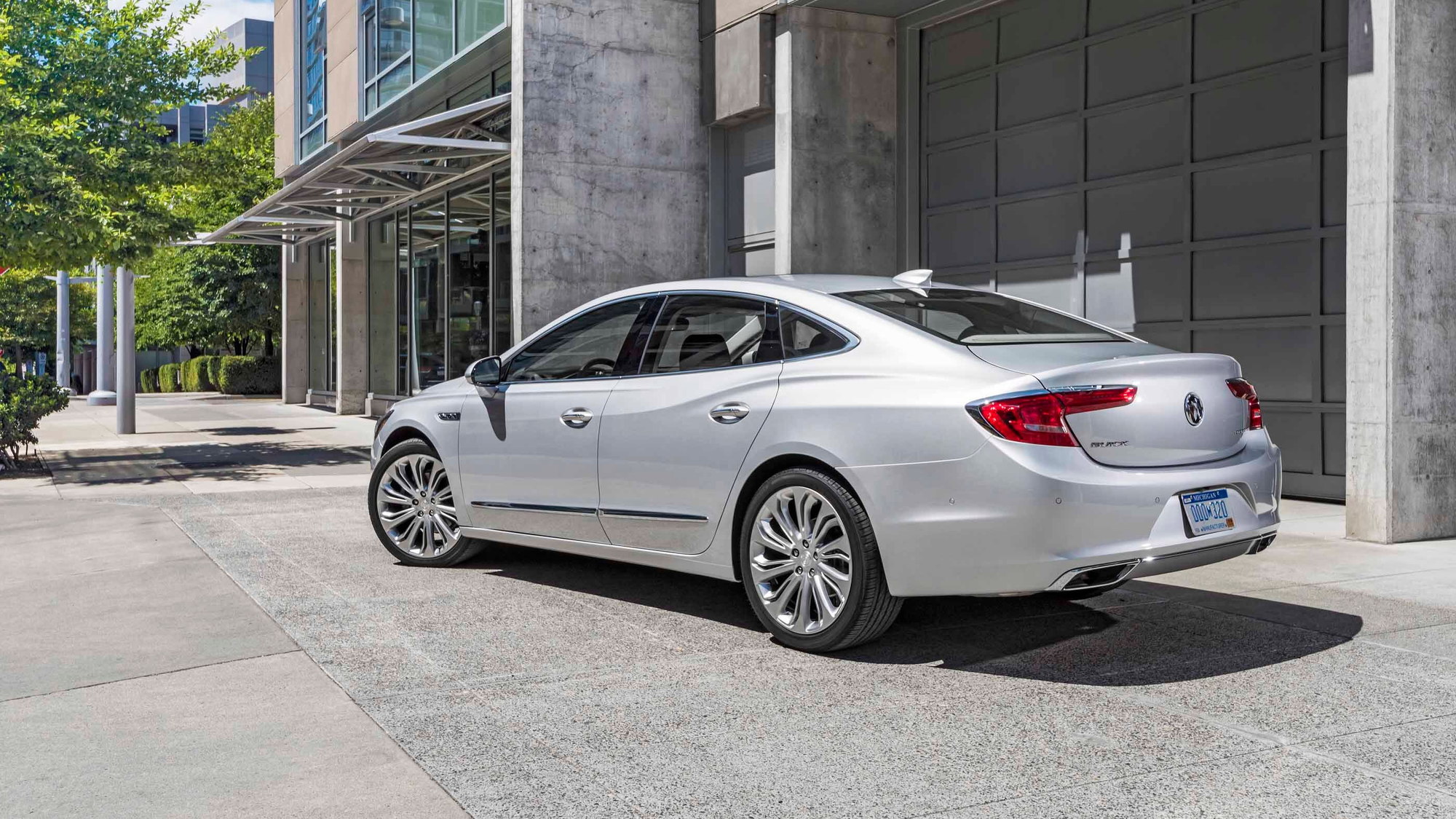 Buick's new LaCrosse may not be a BMW-rivaling sports sedan, but it boasts remarkably lithe and polished manners on a curvy road. That's partly due to its all-new structure, which checks in about 300 pounds lighter than last year's admittedly porky model, and also to its upgraded five-link rear suspension that can be combined with two-mode adjustable dampers.

Unlike last year, all LaCrosses are now powered by the same 3.6-liter V-6 engine. This is Buick's first application of GM's new V-6, rated here at 310 horsepower and 382 pound-feet of torque, figures up 6 and 18 over last year's version, respectively. The new V-6 is also mated to an 8-speed automatic—again marking the first time this transmission has been used in a vehicle to wear the automaker's red, white, and blue shield.

Base LaCrosse models will sticker for $32,990, but selecting the two-mode dampers requires stepping up a couple of trim levels to the oddly named Essence trim level at $39,590 (plus an additional $1,625 for the dampers that are paired with 20-inch, as opposed to 19-inch, alloy wheels). The option doesn't transform the LaCrosse into a Corvette, but what was already a confident-handling sedan with delightfully light steering feels even more poised when the road turns curvy.

Of course, a Buick can't be a bad mile-eater, and to that end the LaCrosse succeeds as well. Its interior is Buick's quietest yet, but what is most remarkable is that it makes use of ultra-light sound deadening. The LaCrosse weighs in at a svelte 3,600 pounds, but quells road rumble like a true heavyweight.

Most LaCrosse models will be front-wheel drive, but Buick offers the full-size sedan with optional all-wheel drive on the range-topping Premium trim level, which is a relative rarity in the full-size class.

LaCrosse squares off nicely against the Toyota Avalon and Lexus ES 350, offering style and sophistication more in line with the Lexus, but at a markedly lower price point. Our only complaints are lower-than-expected rear seat leg room for such a big sedan and the fact that adding automatic emergency braking requires piling on a number of options first.

Lots of features are standard on even the base model—a 7.0-inch infotainment screen, xenon headlamps, 19-inch alloy wheels, and power front seats. From there, the lineup jumps a hefty $4,000 to the LaCrosse Preferred that only adds a power-telescoping steering wheel, SiriusXM satellite radio, and a cargo net. It's certainly a questionable value, so we'd advise either sticking with the base model or jumping to the $39,590 Essence that brings with it leather heated seats and a few other goodies—and offers optional navigation. The range-topping Premium is the only variant to offer automatic emergency braking, something that is either standard or available at a much lower price point on many rivals.