The head of Lamborghini's research and development says the Lamborghini Centenario, a car developed to celebrate Ferruccio Lamborghini's 100th birthday in April, would have surprised the car company's namesake.

“Our jobs, in our imagination, is to develop a car that would surprise Ferruccio Lamborghini.” Maurizio Reggiani told us this week in Monterey. 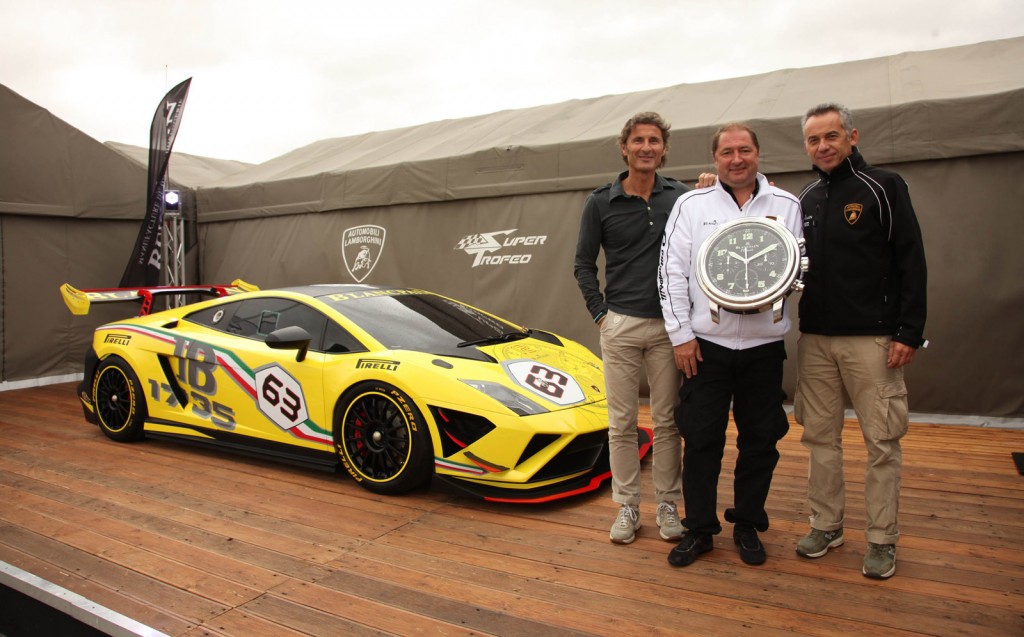 The Centenario roadster is a more powerful, lighter version of the Aventador, and the first from Lamborghini to feature rear-wheel steering. Reggiani said all 20 examples of the roadster sold out before buyers even saw the car. Then the company made 20 versions of the coupe, which shares the same name, and have also sold out.

"For the first time today, the customers have the chance to see the roadster. It was never presented, and hearing feedback from the customers this morning—everyone is enthusiastic about the car," he said.

Don't hold your breath for more Centenario roadsters either, he said. Each Lamborghini one-off edition is limited to a production run of 20, but Reggiani said there'd be more hypercars from the automaker soon.

Pieces such as the rear-wheel steering and 11-inch touchscreen will make their way to other Lamborghini models, he said. They may not all make an appearance in one car either, he added.

That bodes well for the automaker's SUV, the Lamborghini Urus, which is in "full development," according to Reggiani. He said the SUV would be on target for a late-year 2017, early 2018 arrival, and would be "100 percent Lamborghini."

"The perception of Lamborghini must be a guarantee. We want it to be the best SUV on the market," he said. "The DNA will be Lamborghini; in terms of power, in terms of dynamics, design, components, it will be recognized as completely Lamborghini.”

We've already heard from the man himself that the Urus will sport a turbocharged engine (probably a V-8), and a plug-in hybrid in the Urus that won't be in any sports cars, which makes us wonder if the Huracan will get a twin-turbo V-8 before the SUV arrives.