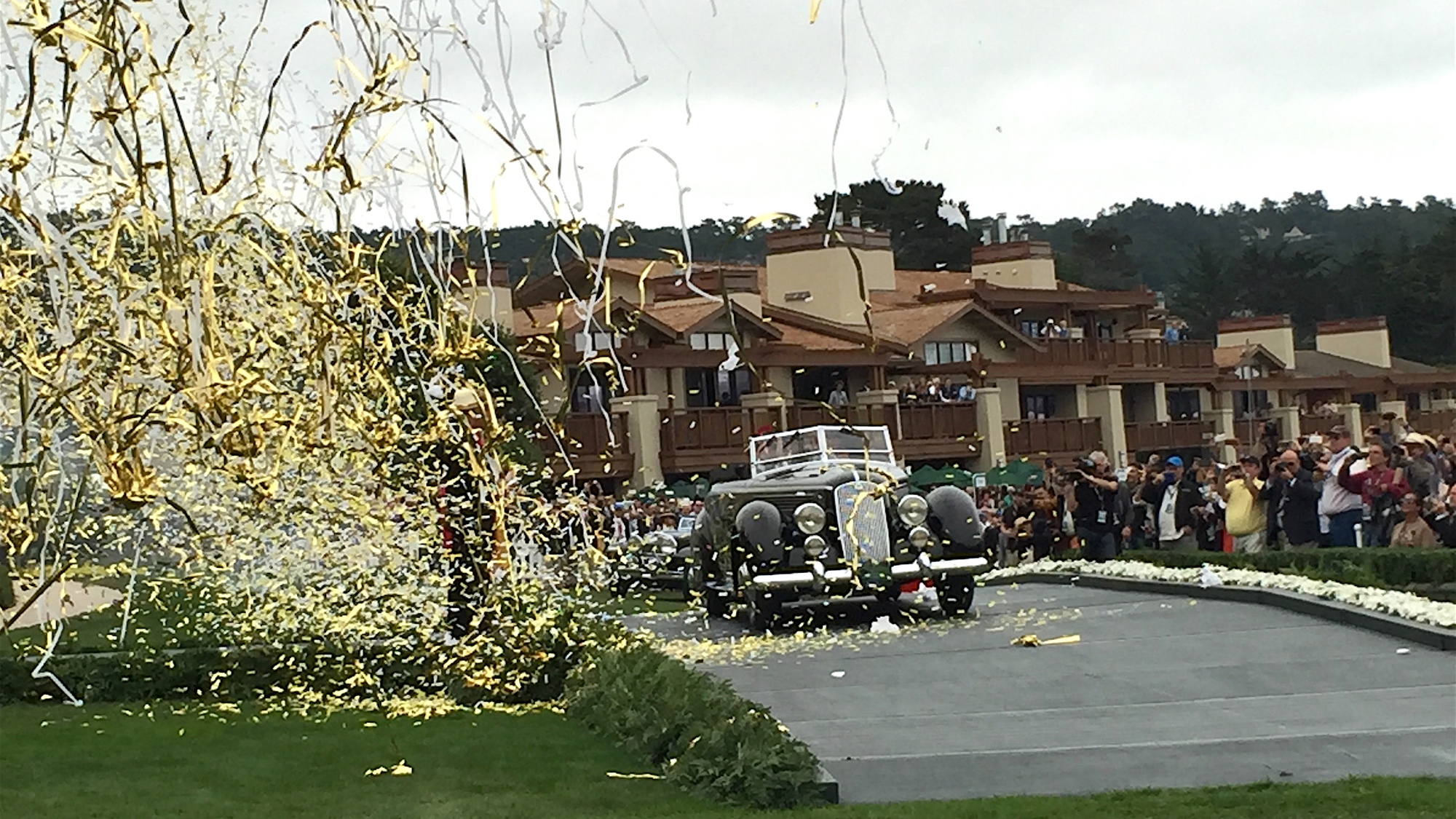 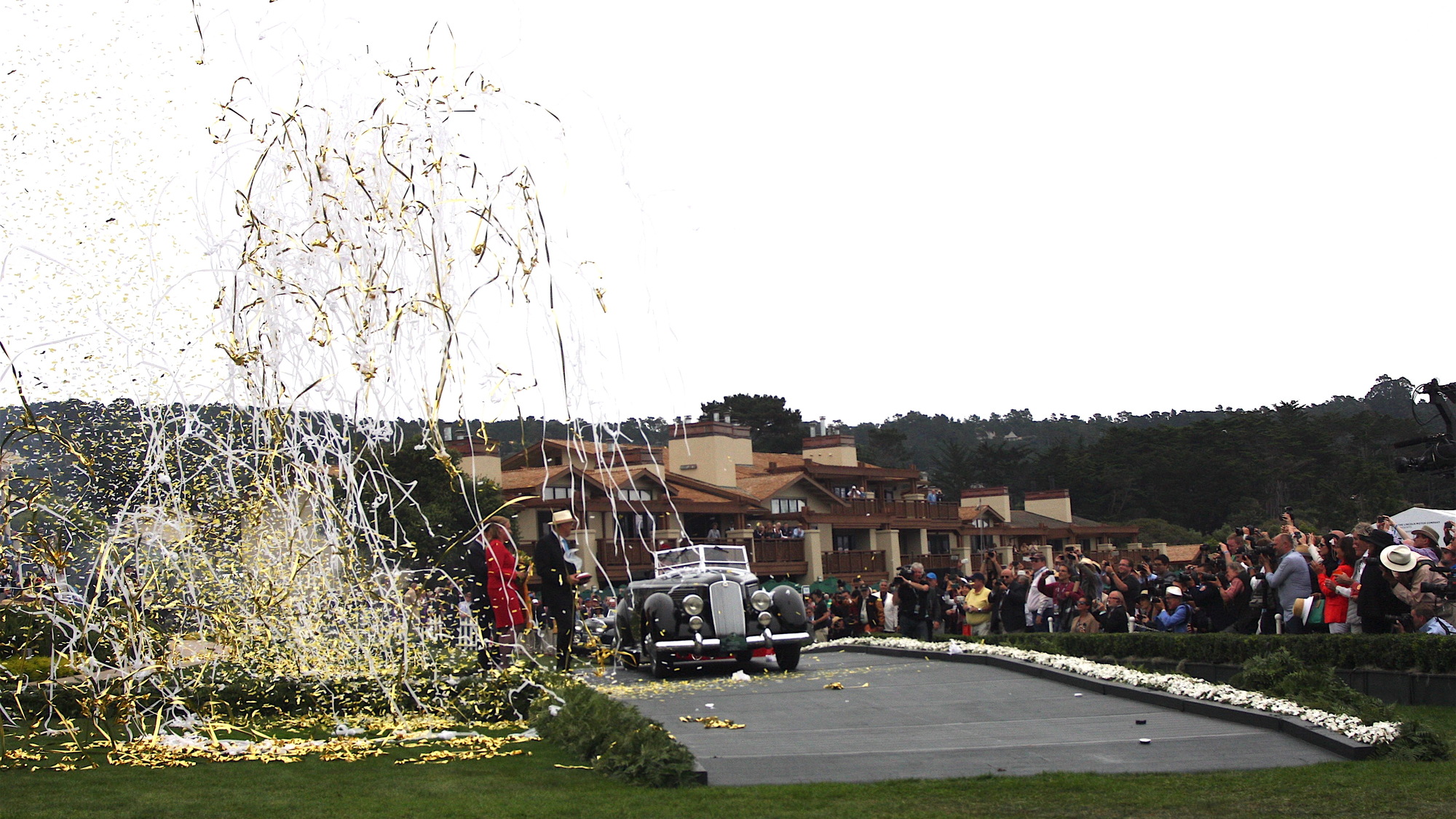 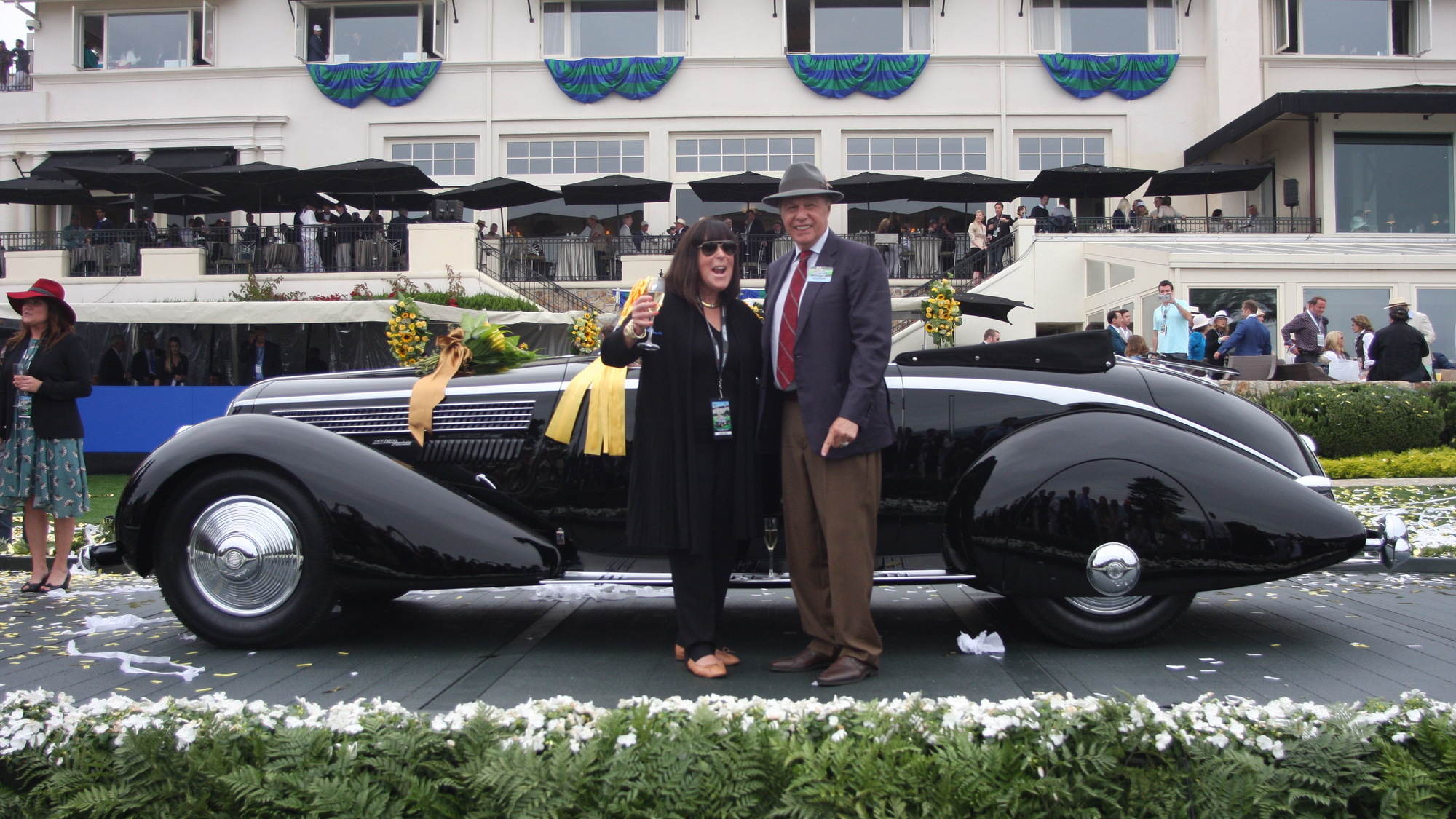 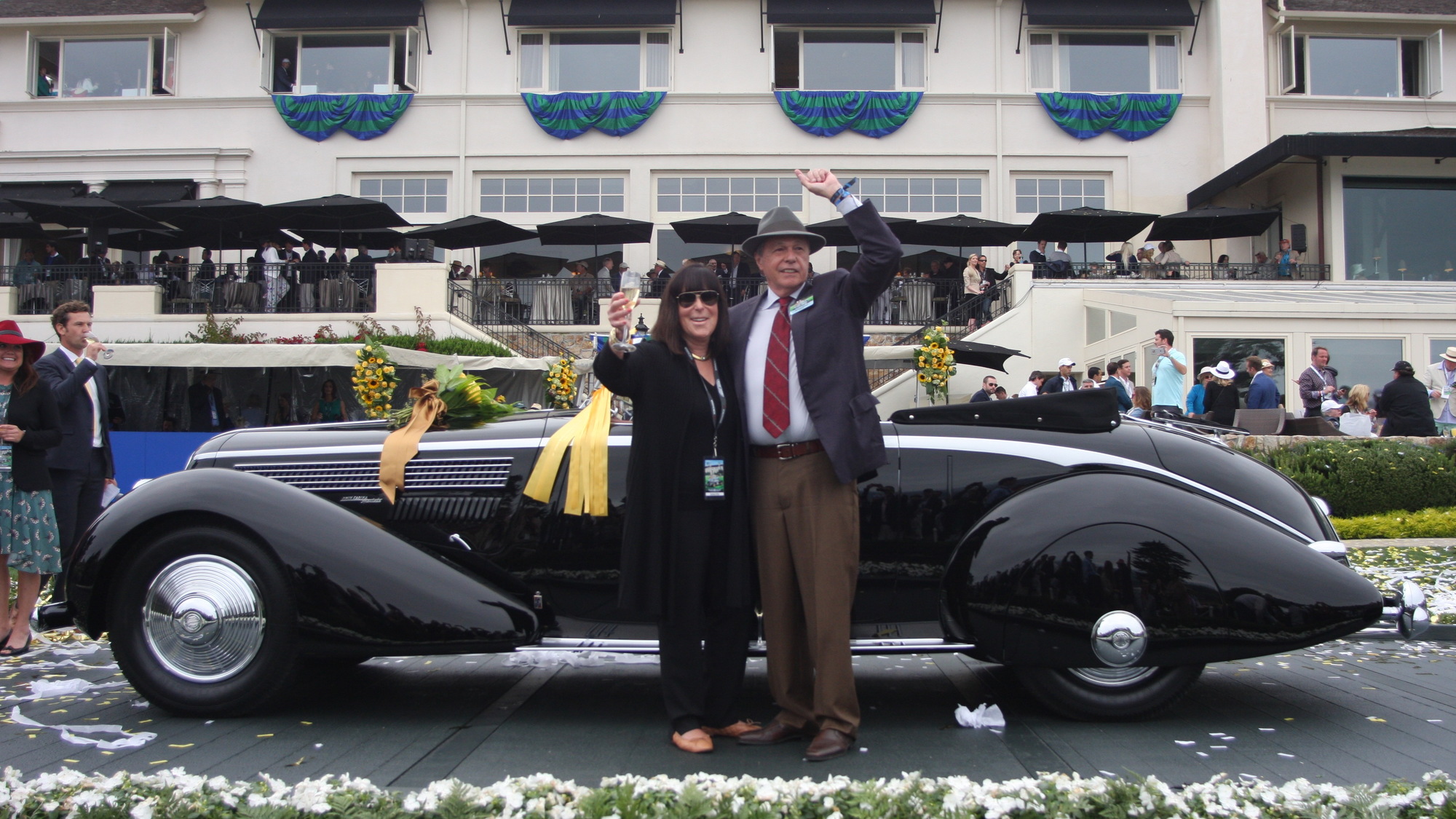 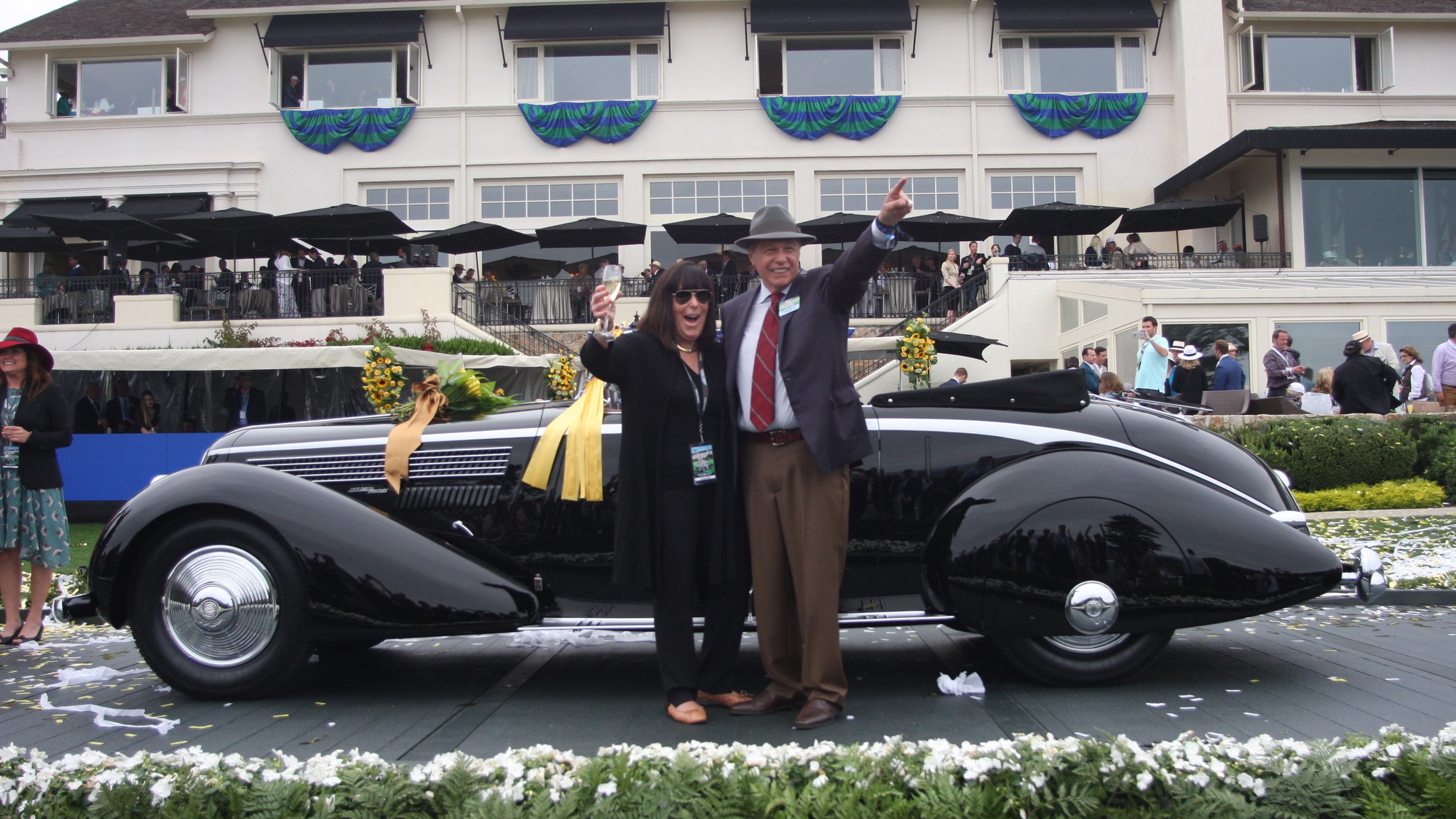 Nearly sent to the salvage yard as a 26-year old car, this 1936 Lancia Astura Pinin Farina Cabriolet has led an especially storied—and lucky—history. Its most recent crowning achievement? Top honors at the 2016 Pebble Beach Concours d'Elegance.

The svelte black convertible was ordered new along with five siblings for a Lancia dealer in Italy. Pinin Farina (which is known today as Pininfarina) was commissioned to body the special convertible with its power top, curved glass windows, skirted rear fenders, and engraved side trim.

It fell into disrepair and was rediscovered in 1962, when it was found in a hedge in England. Instead of sending the car to a salvage yard, the new owner contacted Pininfarina, who restored it, essentially building the same car twice. Eventually, it made its way to Eric Clapton's small but eclectic car collection. Clapton, who called it,"the most fun I've had off stage and out of bed," eventually sold it back to Pininfarina, who displayed it in its museum.

More recently, its current owner, Richard Mattei of Paradise Valley, Arizona, commissioned an extensive six-year restoration for the eye-catching Cabriolet, which took away a lot of hardware from this year's Concours. Not only was it named Best of Show, it also won the Most Elegant Convertible award and the Vitesse Elegance Award for the most elegant French car at the show. Mattei was somewhat stunned by the accolades. He said he was happy to even receive an invitation to compete in the Concours.