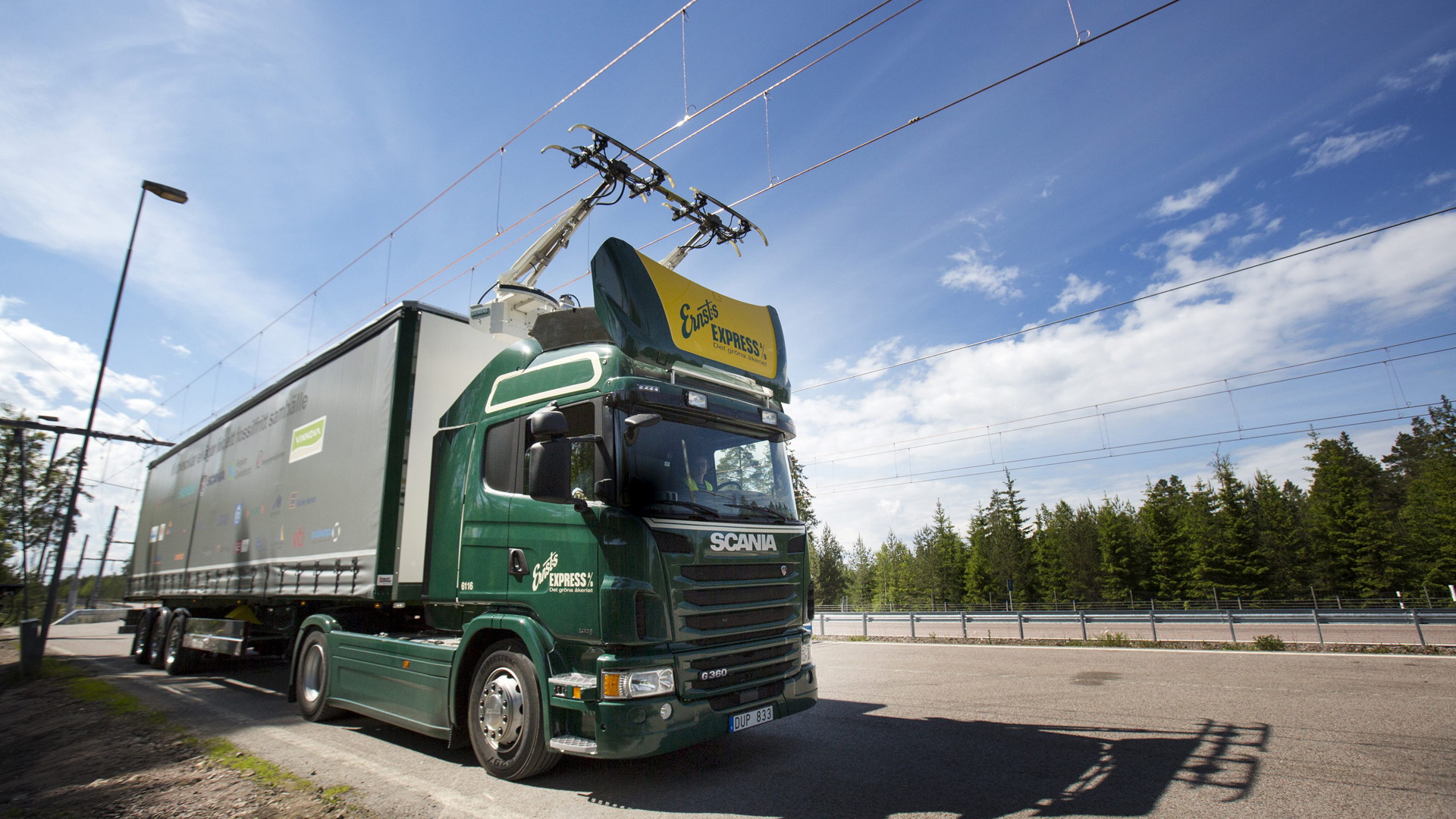 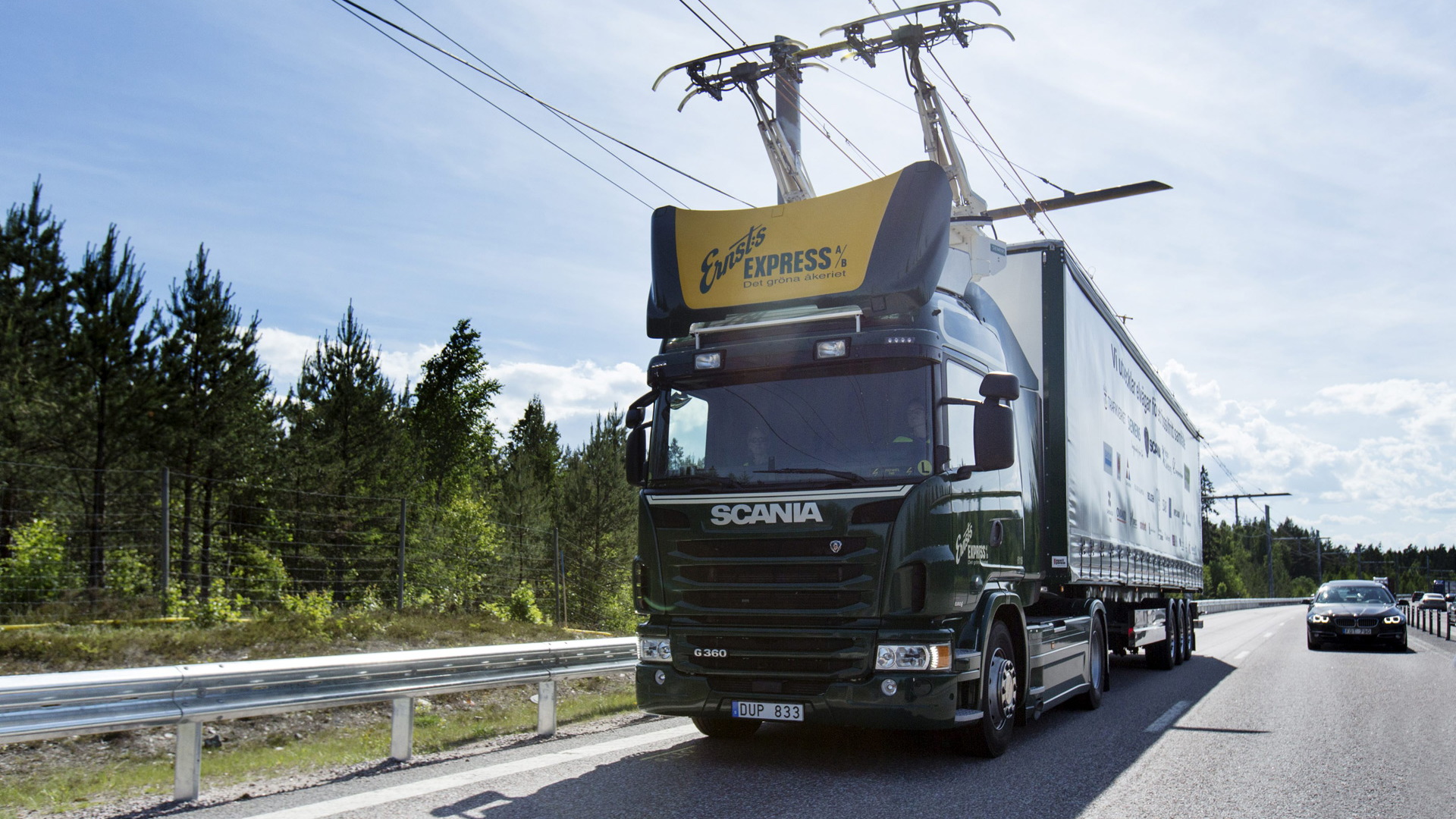 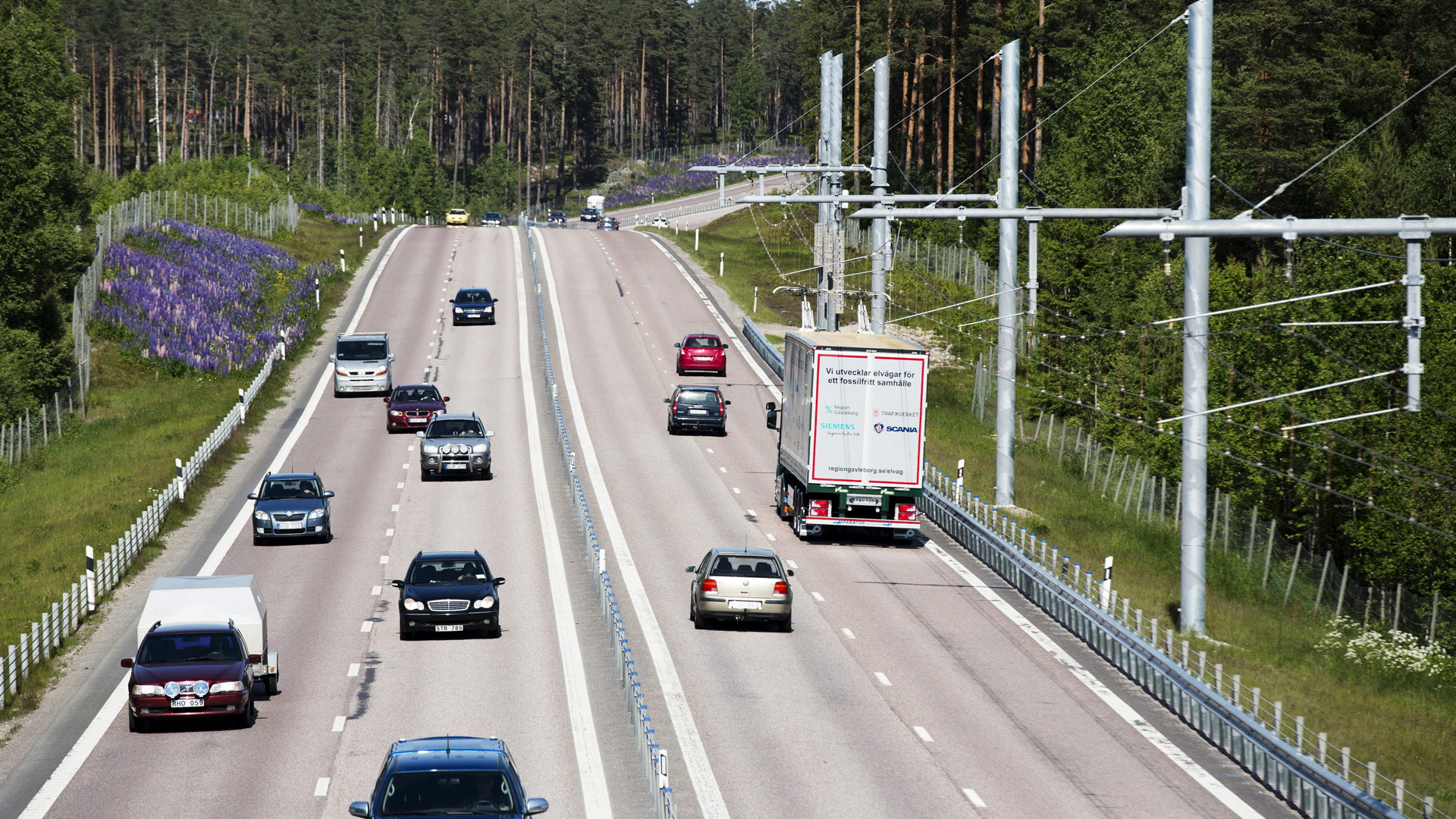 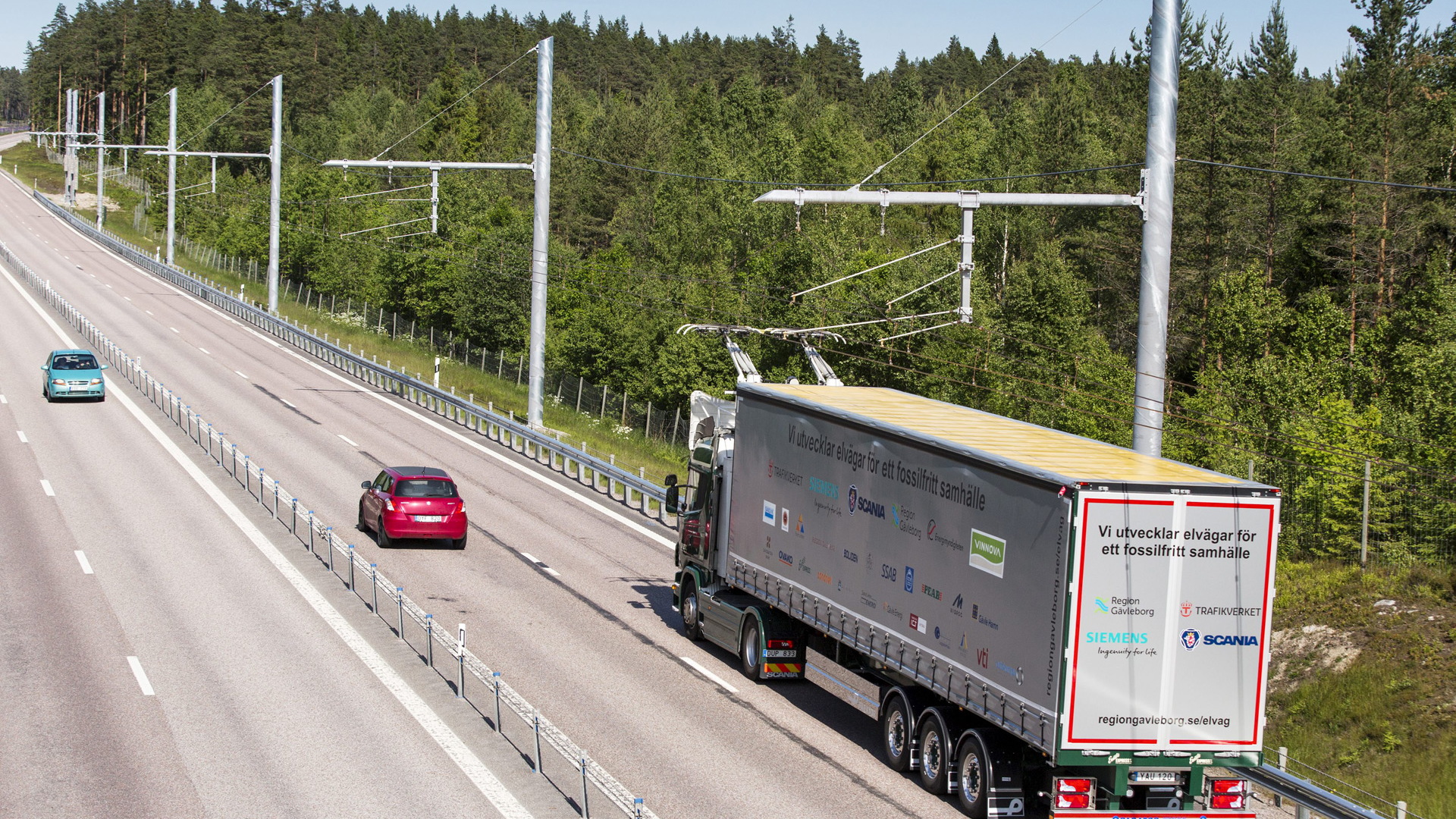 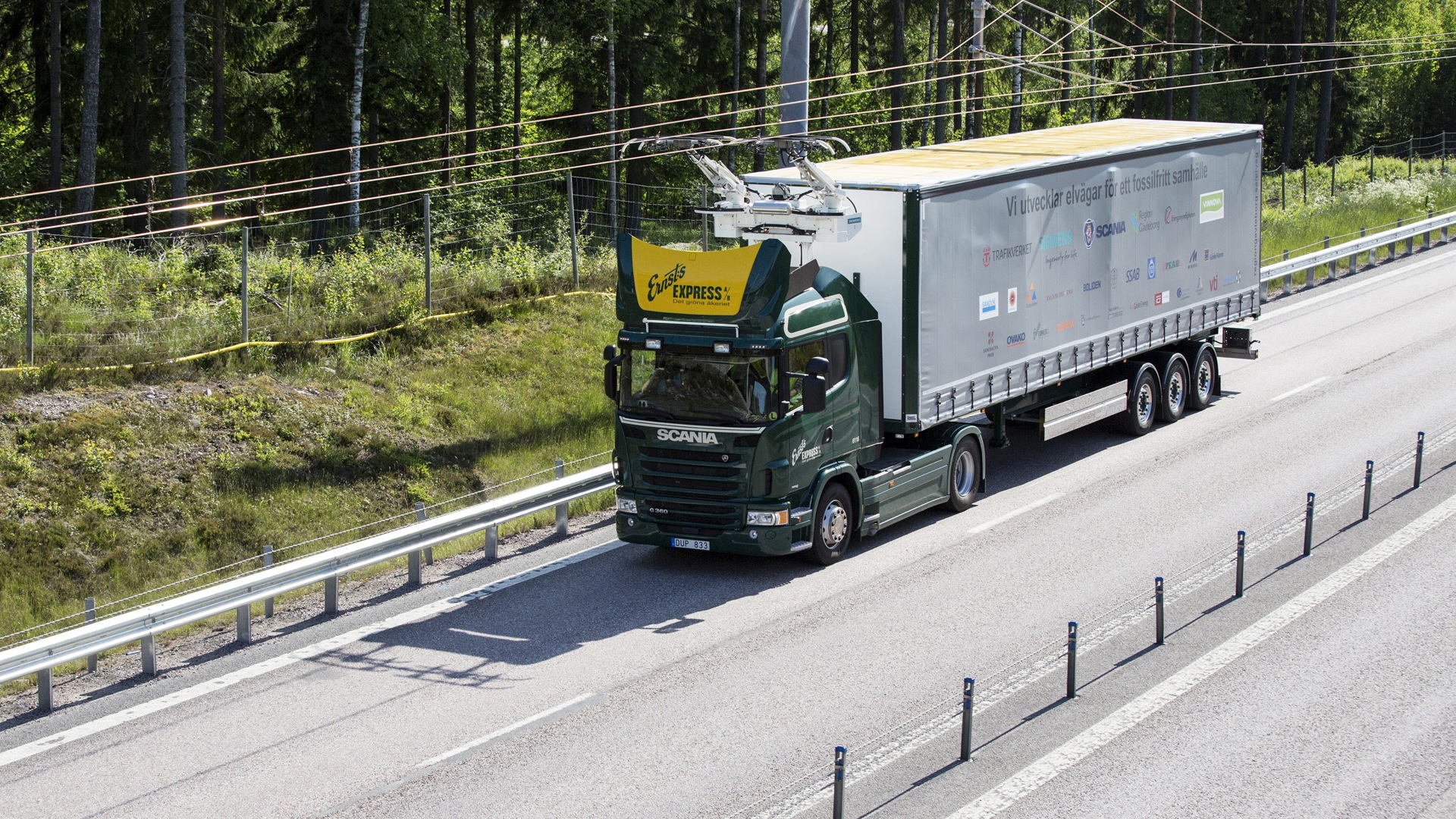 A 2-kilometer stretch of the E16 freeway near Gävle, Sweden, nicknamed the e-way might be the world's most advanced stretch of pavement.

When the big rigs are connected to the power lines, their internal combustion engines shut off and, as a result, they have no tailpipe emissions whatsoever. Given that much of Sweden's power is derived from windmills and solar panels, the environmental impact is minimal.

In concept, the trucks draw power from the lines in much the way that street cars and trams have for over a century. A pantograph power collector mounted on the truck's frame behind its cab rubs against the line and supplies electric power to the trucks. Since there is no physical lock between the vehicle and the electric line, the truck is free to move in and out of the lane as necessary.

Scania says the trucks are based on the manufacturer's G360 and that they feature a biofuel-powered 9.0-liter, 360-horsepower parallel hybrid powertrain. A 5.0-kilowatt-hour battery gives them a 3.0-km electric-only range when they are not traveling on the so-called e-way.

The Swedes are no strangers to electrification; they recently won an all-electric rail car competition, which could point toward an alternative method of transporting goods in the future.