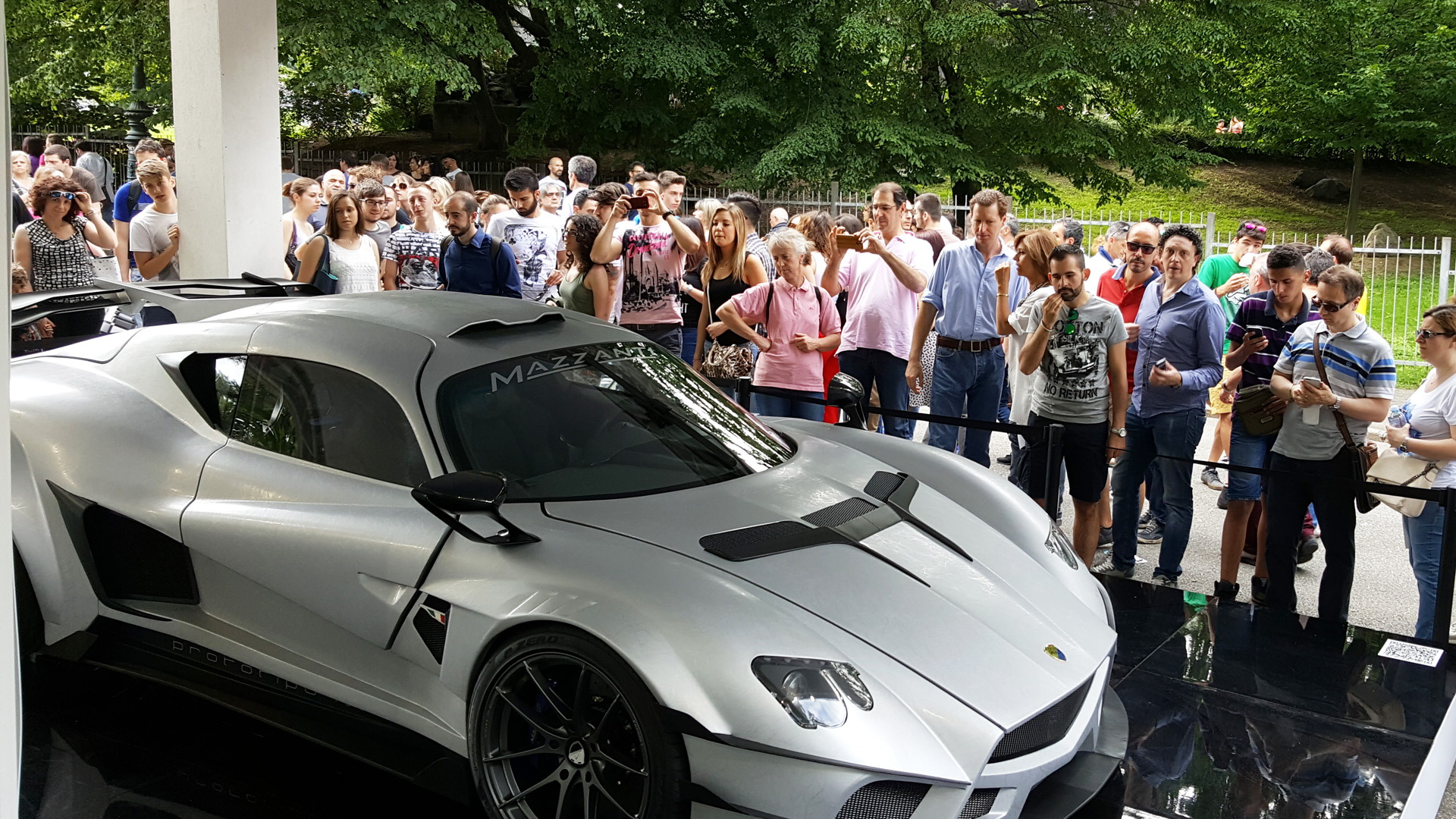 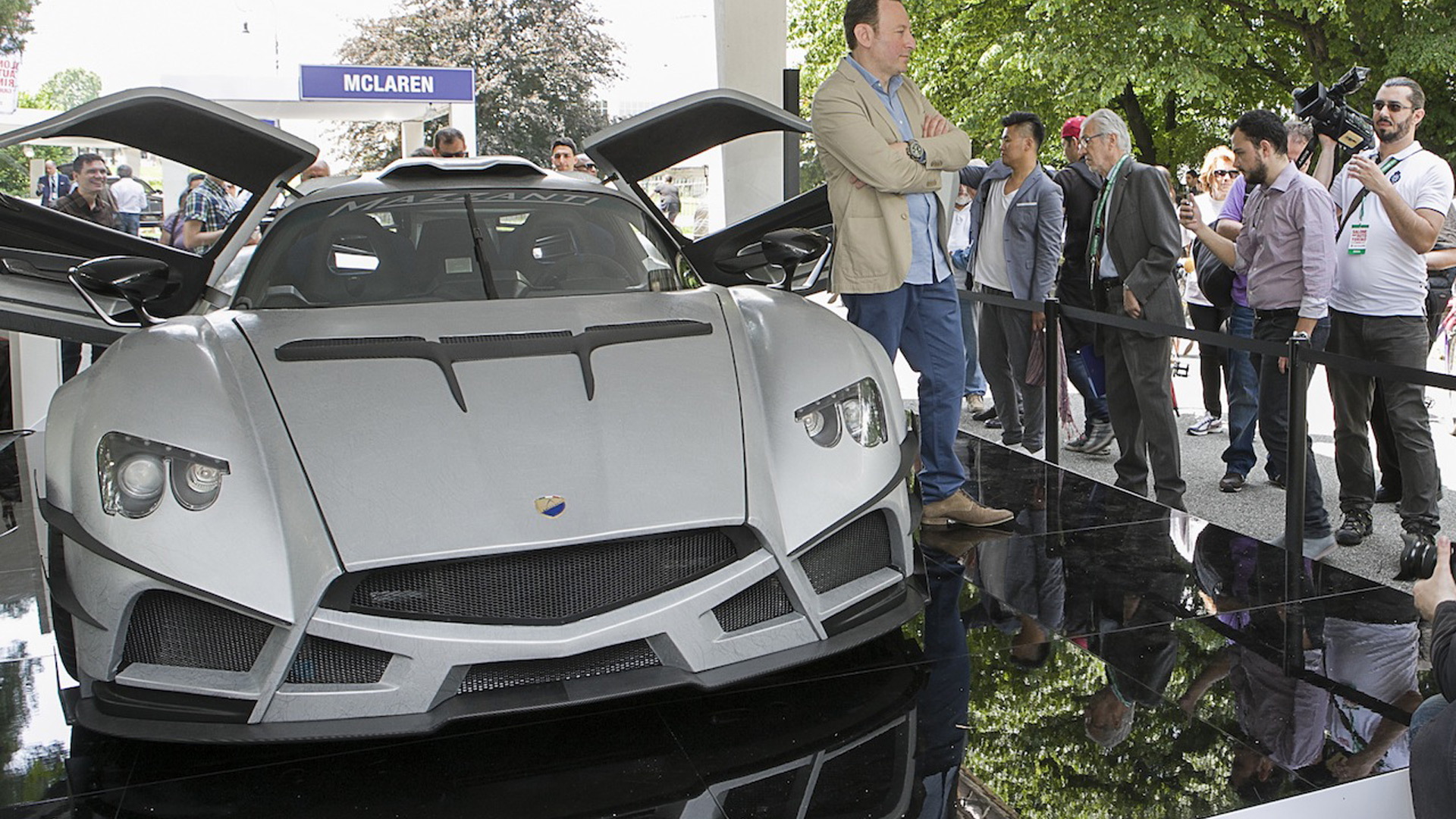 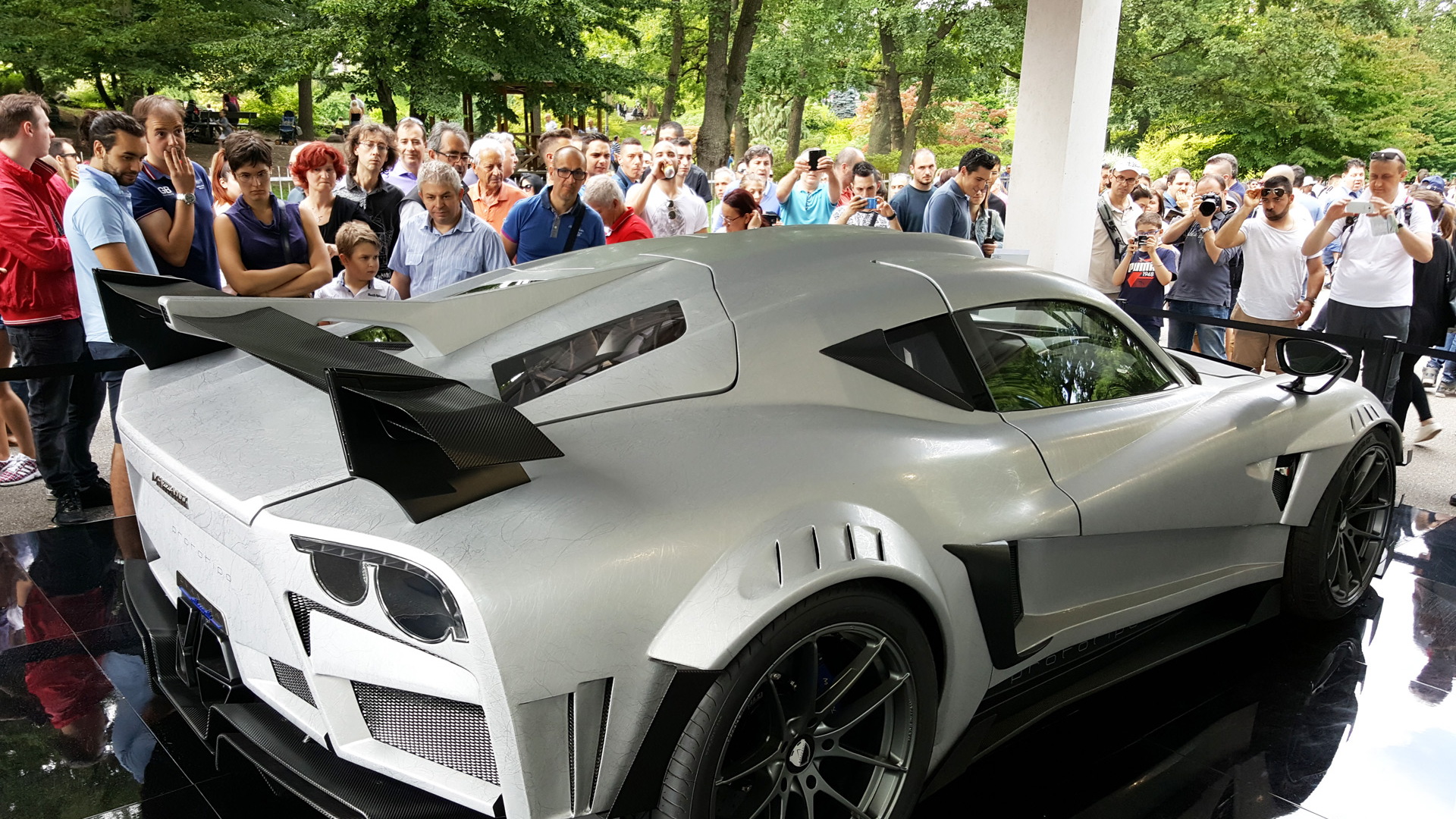 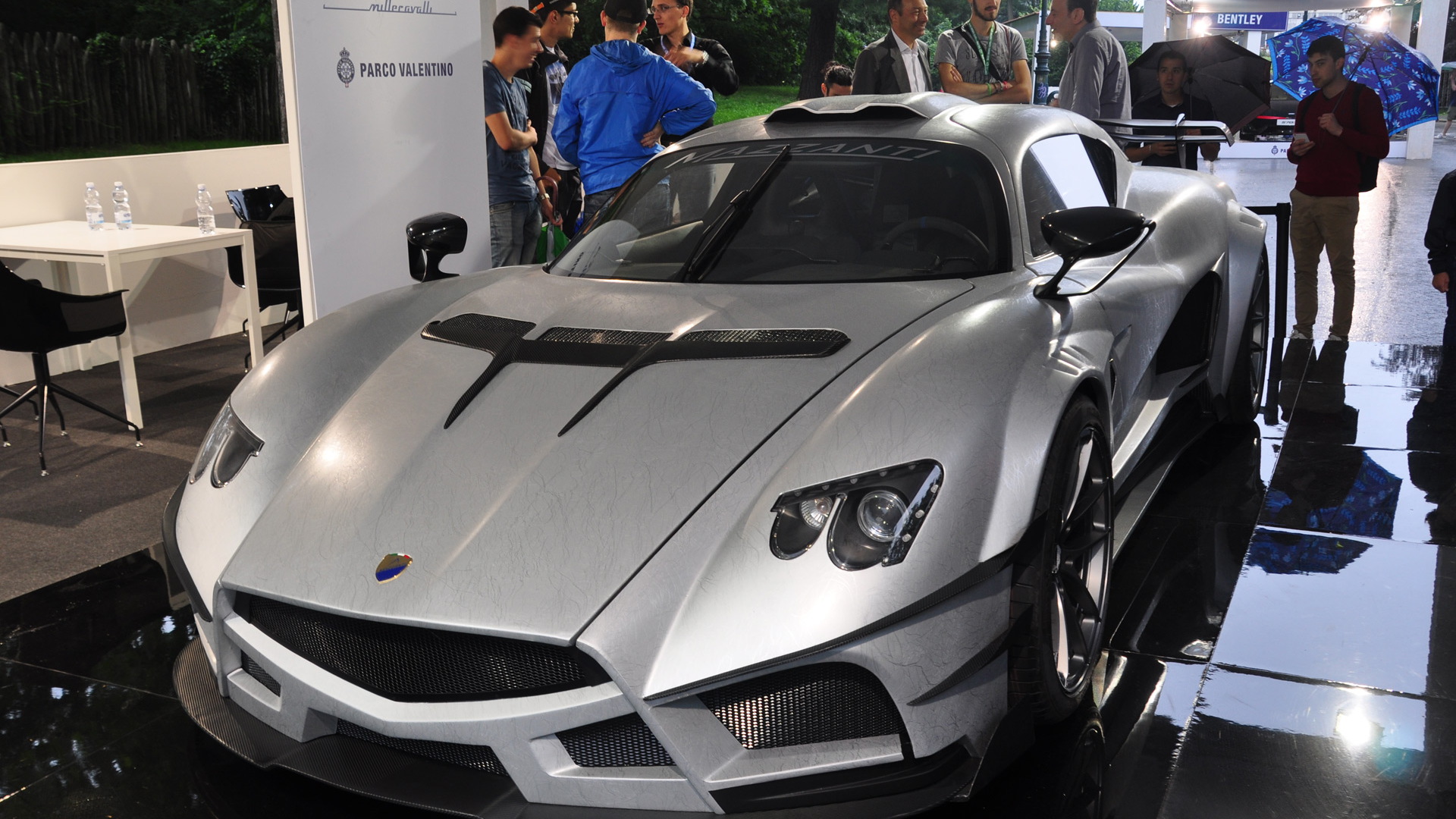 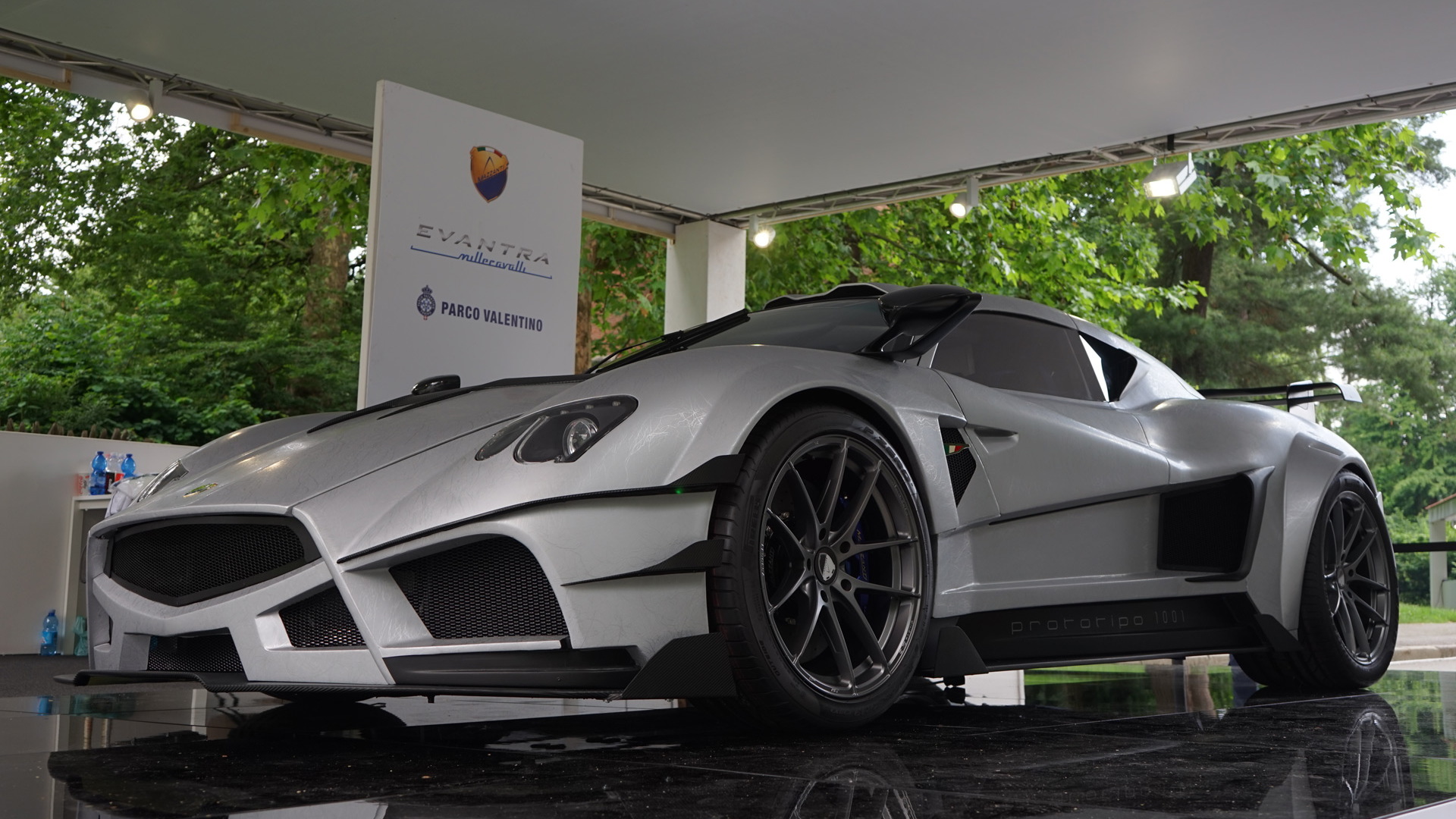 The car is a hardcore version of Mazzanti’s already extreme Evantra supercar launched in 2013 and the “Millecavalli” in the name, Italian for “a thousand horses," signifies that the car is packing 1,000 horsepower.

Such an output makes the Evantra Millecavalli the most powerful street-legal car to ever come out of Italy, besting models like the Ferrari [NYSE:RACE] LaFerrari (950 hp), Lamborghini Aventador LP 750-4 SuperVeloce (739 hp) and Pagani Huayra BC (789 hp). 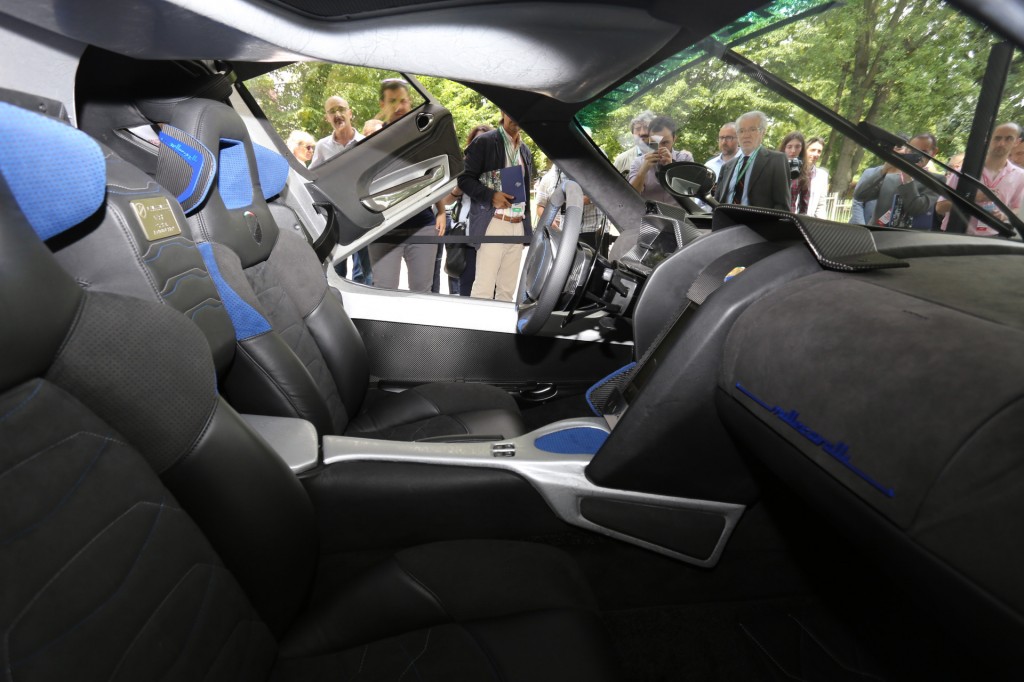 Such an output also sees the Evantra Millecavalli accelerate from 0-60 mph in just 2.7 seconds and hit a claimed top speed of 250 mph, which if accurate would also make it the fastest street-legal car out of Italy. There’s tremendous stopping power, too, with the car’s massive carbon-ceramic Brembo brakes and sticky Pirelli Trofeo R tires able to slow it down from 186 mph in just 7.0 seconds.

A twin-turbocharged 7.2-liter V-8 of Mazzanti’s own design is mid-mounted in a monocoque chassis that’s mostly steel and molybdenum chrome. Some carbon fiber is used to increase rigidity while reducing weight, with Mazzanti claiming a curb weight of only 2,866 pounds. Drive is to the rear wheels via a 6-speed sequential gearbox.

An interesting element of the design is the Le Mans prototype-like fin which leads to a massive rear wing. According to Mazzanti, the fin and some new vents help the car utilize heated air extracted from the engine bay by directing it past the rear wing. The result is said to be additional downforce. 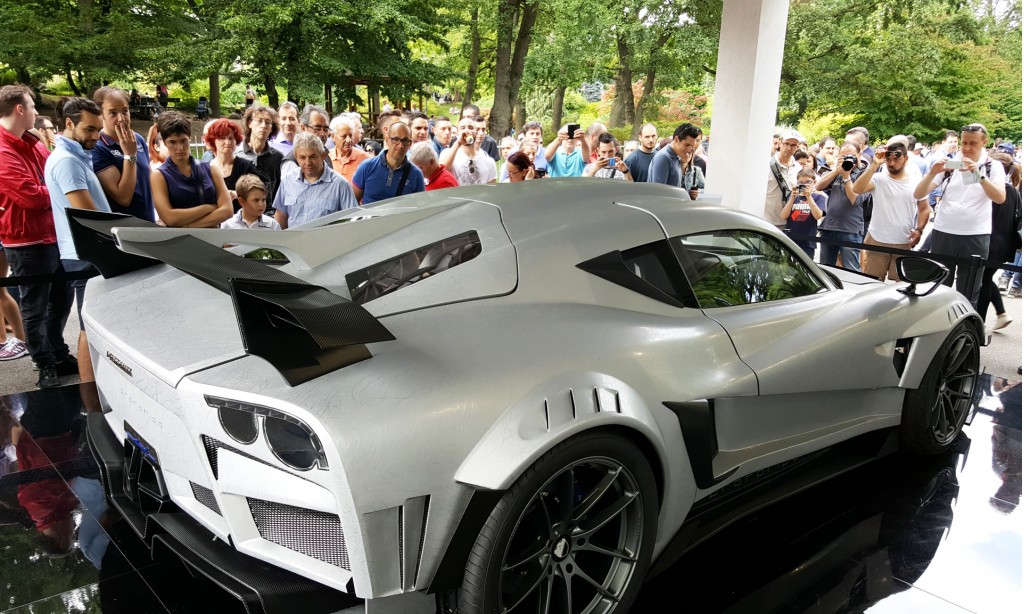 Mazzanti used the 2016 Turin Auto Show to present the car, where these photos were taken.

The car on display was actually a prototype as there’s still some final testing to be done. And doing most of the driving will be Italian racer Giampaolo Tenchini.

Mazzanti intends to start production later this year. Sadly, only 25 examples are destined to be built, which means your chances of seeing one in the wild are slim.