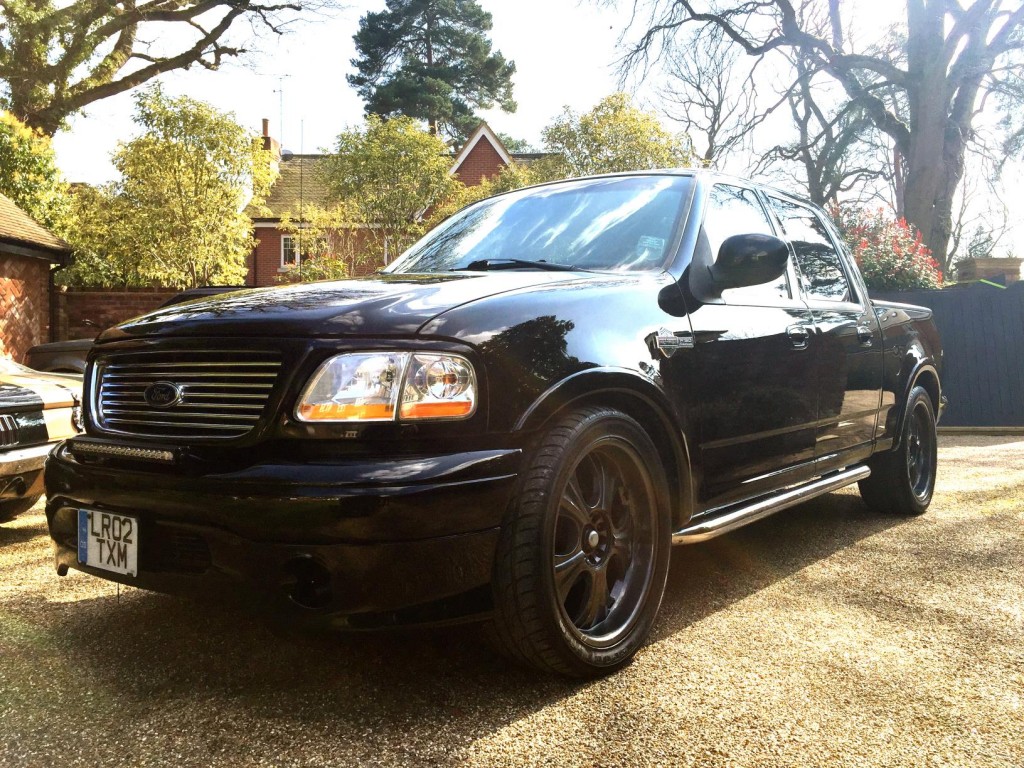 You may not be able to bend it like Beckham, but you can now drive the soccer superstar's old F-150 if you're the lucky high bidder.

A Ford F-150 that was first owned by David Beckham is headed to auction held on the sidelines of an all-Ford car show in the United Kingdom.

ALSO SEE: Rare Ferrari could fetch up to $26 million at auction

The F-150 is a 2002 Harley-Davidson Crew Cab with a handful of aftermarket modifications. While it retains a left-hand-drive configuration that could be rather challenging on British roads, the auctioneer indicates documentation confirming its provenance will be transferred to its next owner.

It isn't clear if Beckham or a previous owner modified the truck, but it now boasts aftermarket alloy wheels and a light bar bolted to its front bumper.

A handful of other unique Fords will be up for grabs at the International Ford Show held April 30 at Sandown Park in Surrey, including a one-off, right-hand-drive 1971 Mustang convertible that was originally presented as a gift for the managing director of Ford's British operations.

Beckham isn't the only big name to have owned an F-150. In recent years, F-150s formerly owned by George W. Bush and Jay Leno have been auctioned off.