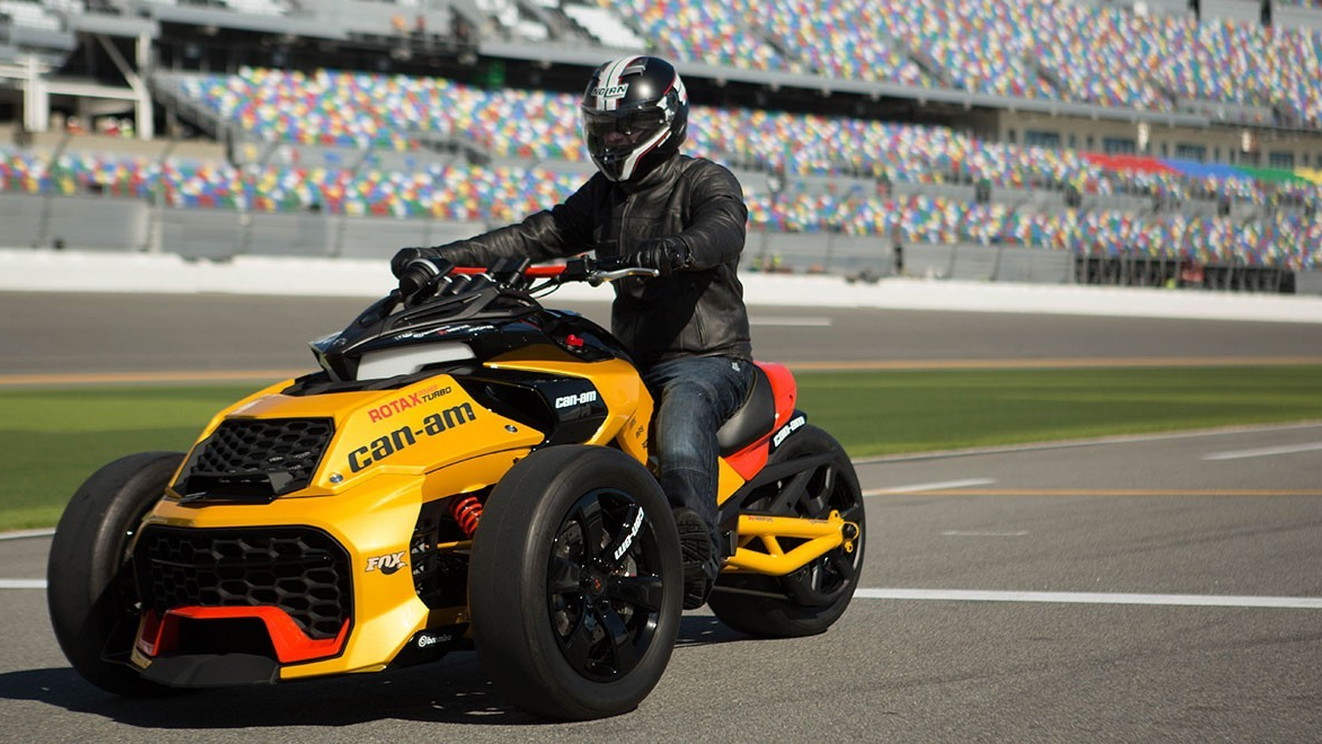 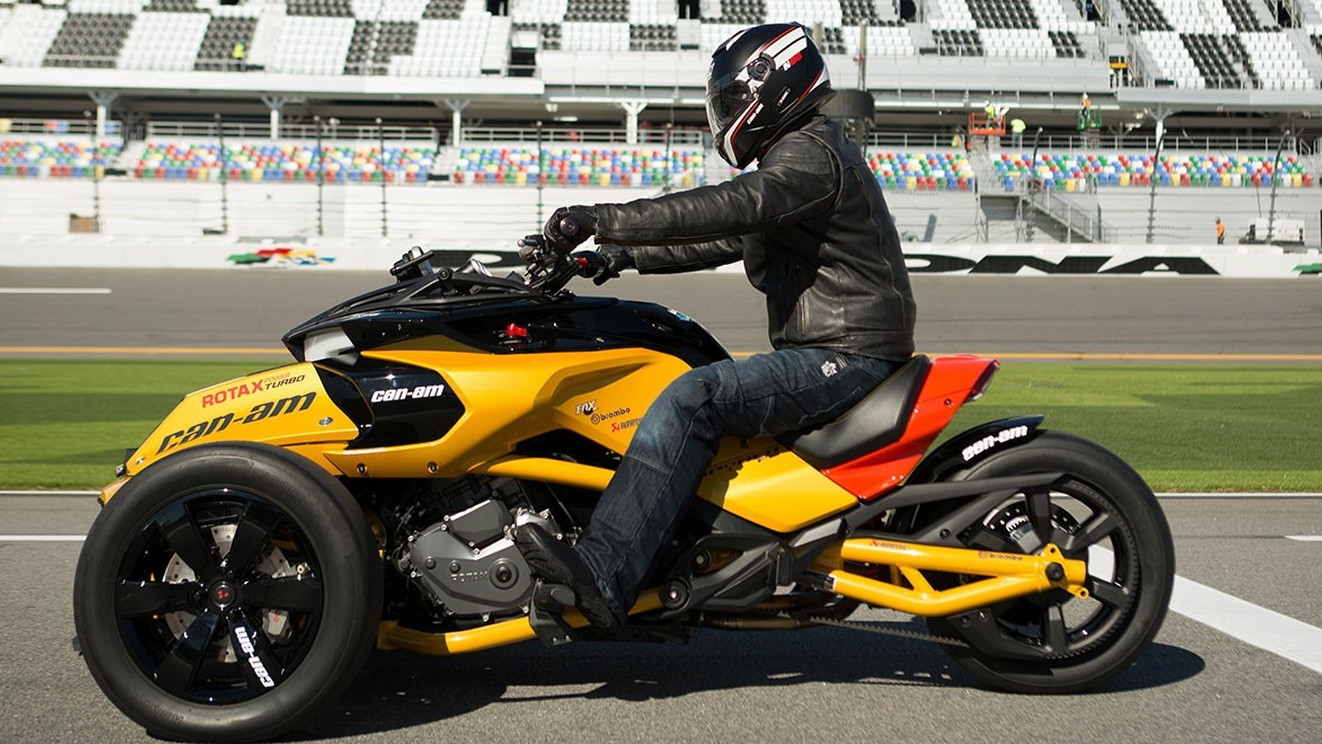 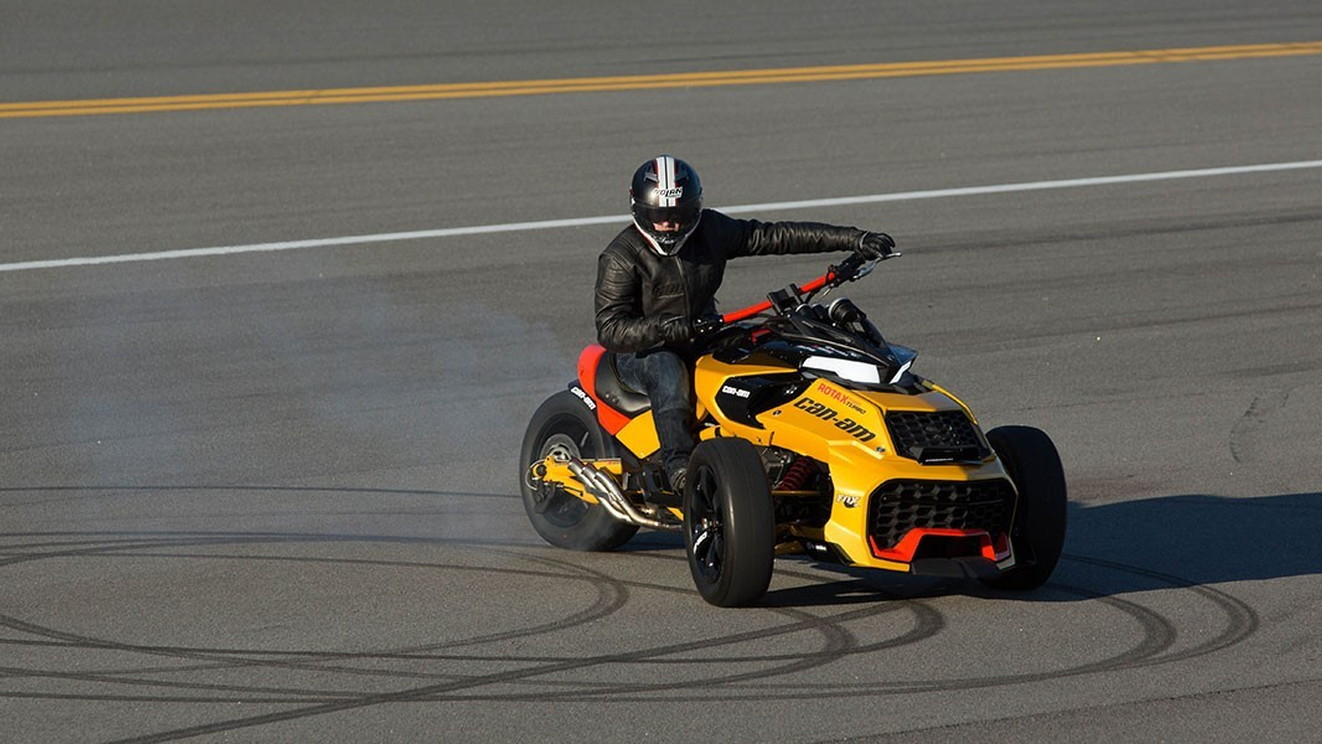 Canada's Bombardier launched its three-wheeled Can-Am Spyder back in 2007 and has managed to keep motorcycle fans scratching their heads ever since. The Can-Am brand is sticking with the three-wheel Spyder formula, though, as evidenced by a new performance concept.

That concept is the Can-Am F3 Turbo. As the name says, it's a turbocharged version of the current Spyder F3 model. Nestled between the front wheels and the rider is the same 1.3-liter three-cylinder Rotax engine used in the current production F3, but with added forced induction. The F3 Turbo produces 150 horsepower and 137 pound-feet of torque, compared to 115 hp and 96 lb-ft for the production F3.

The extra power can hurl the F3 Turbo concept from 0-60 mph in 4.3 seconds, and through the quarter mile in 12.3 seconds, Can-Am says. A turbo isn't the only mechanical modification either: the concept boasts a three-into-one Akrapovic exhaust system, Fox shocks, and slick tires. A Sport mode allows for some tail-out action. How many three-wheeled drift machines can you think of?

There's no telling whether Can-Am will put the F3 Turbo concept into production. If it does, the F3 Turbo could be the perfect choice for performance junkies torn between cars and bikes.