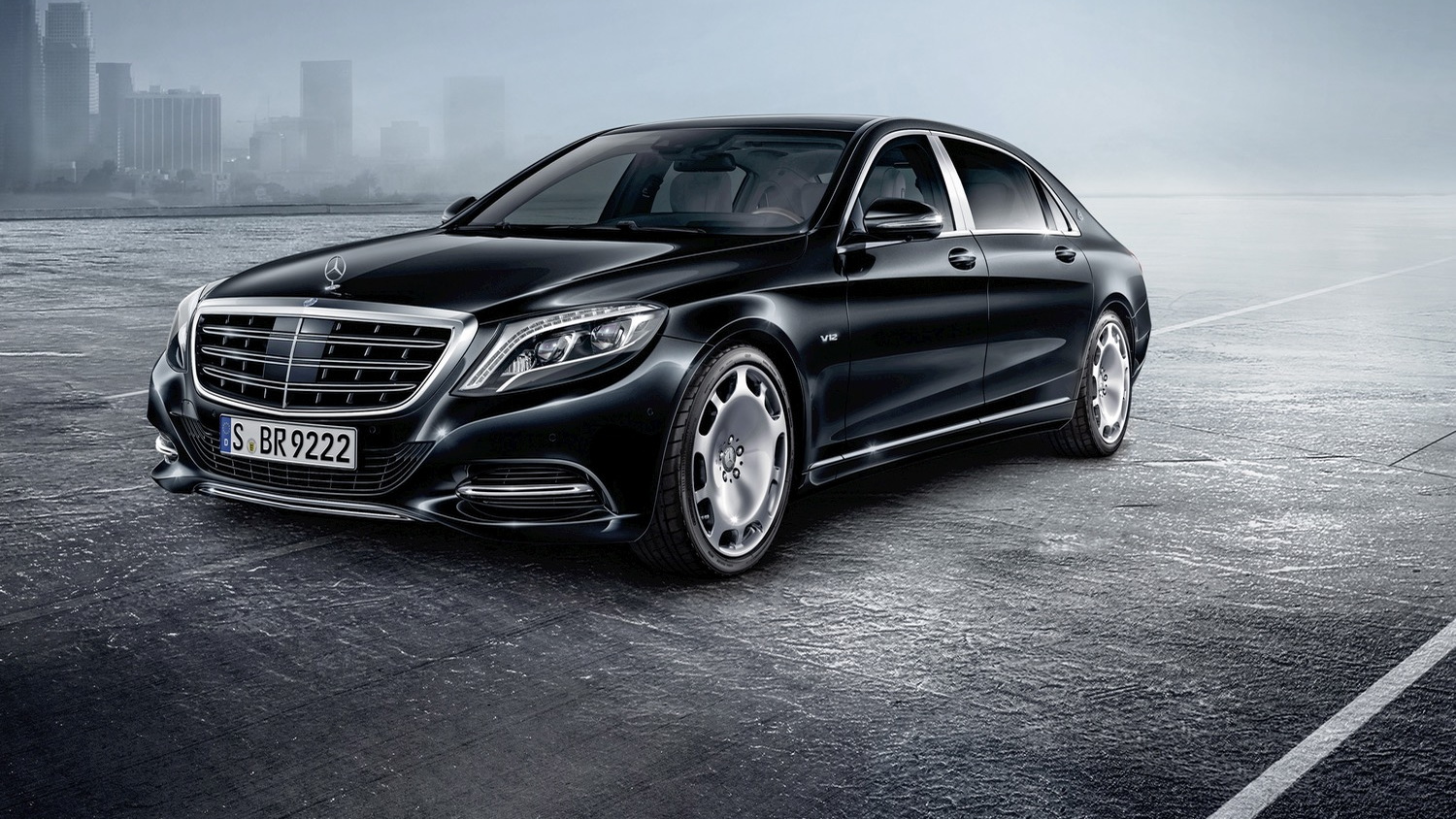 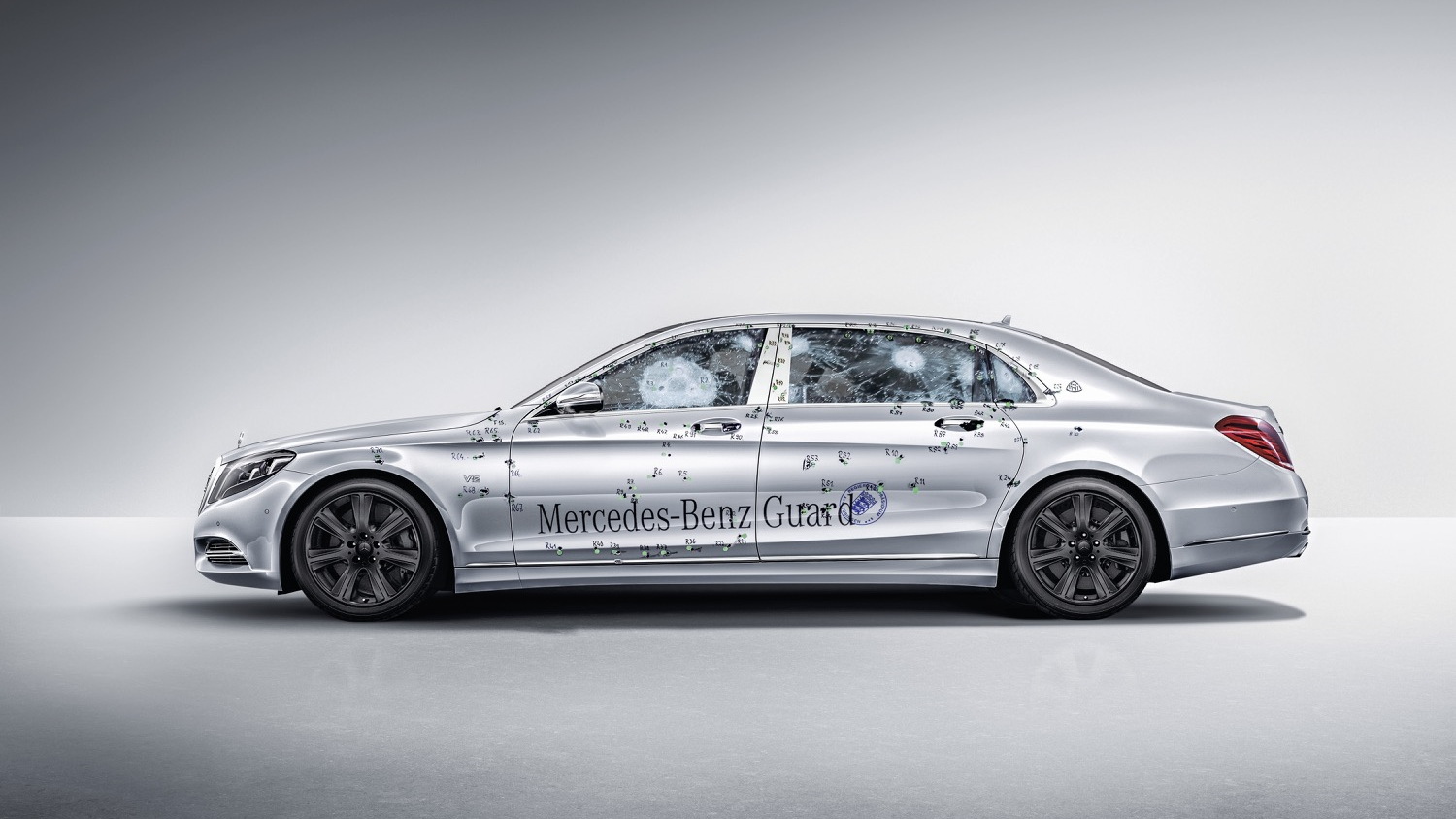 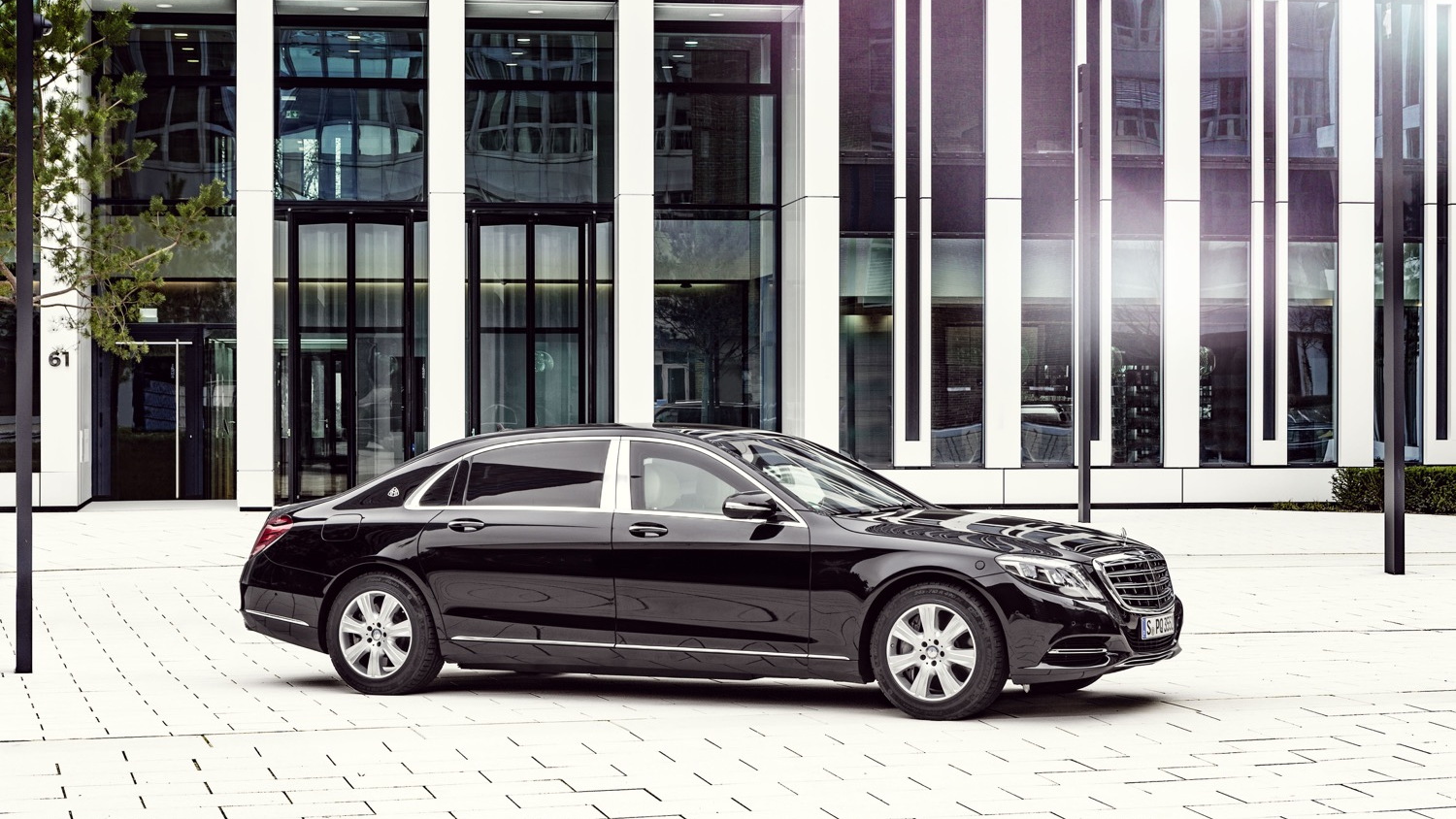 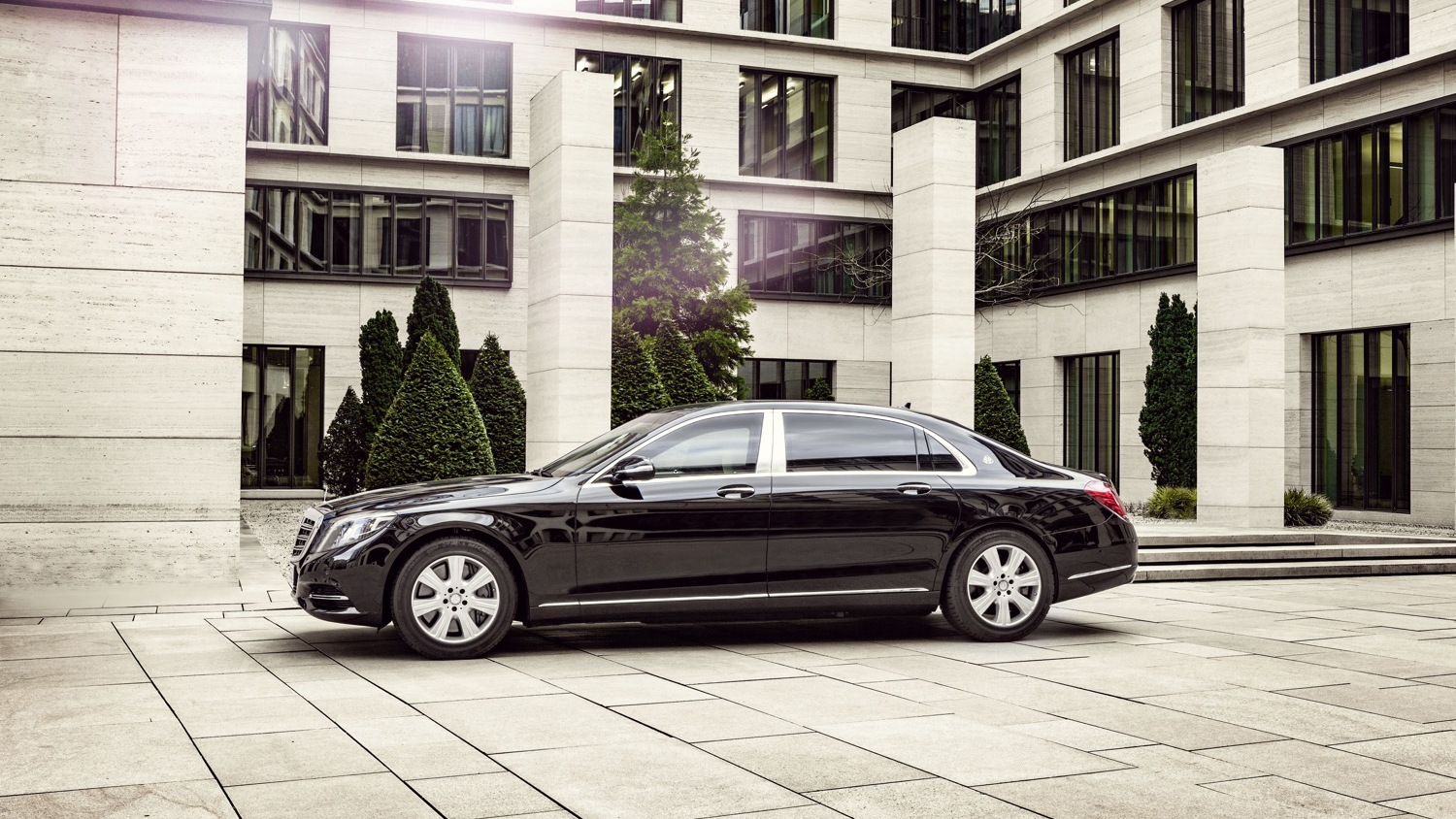 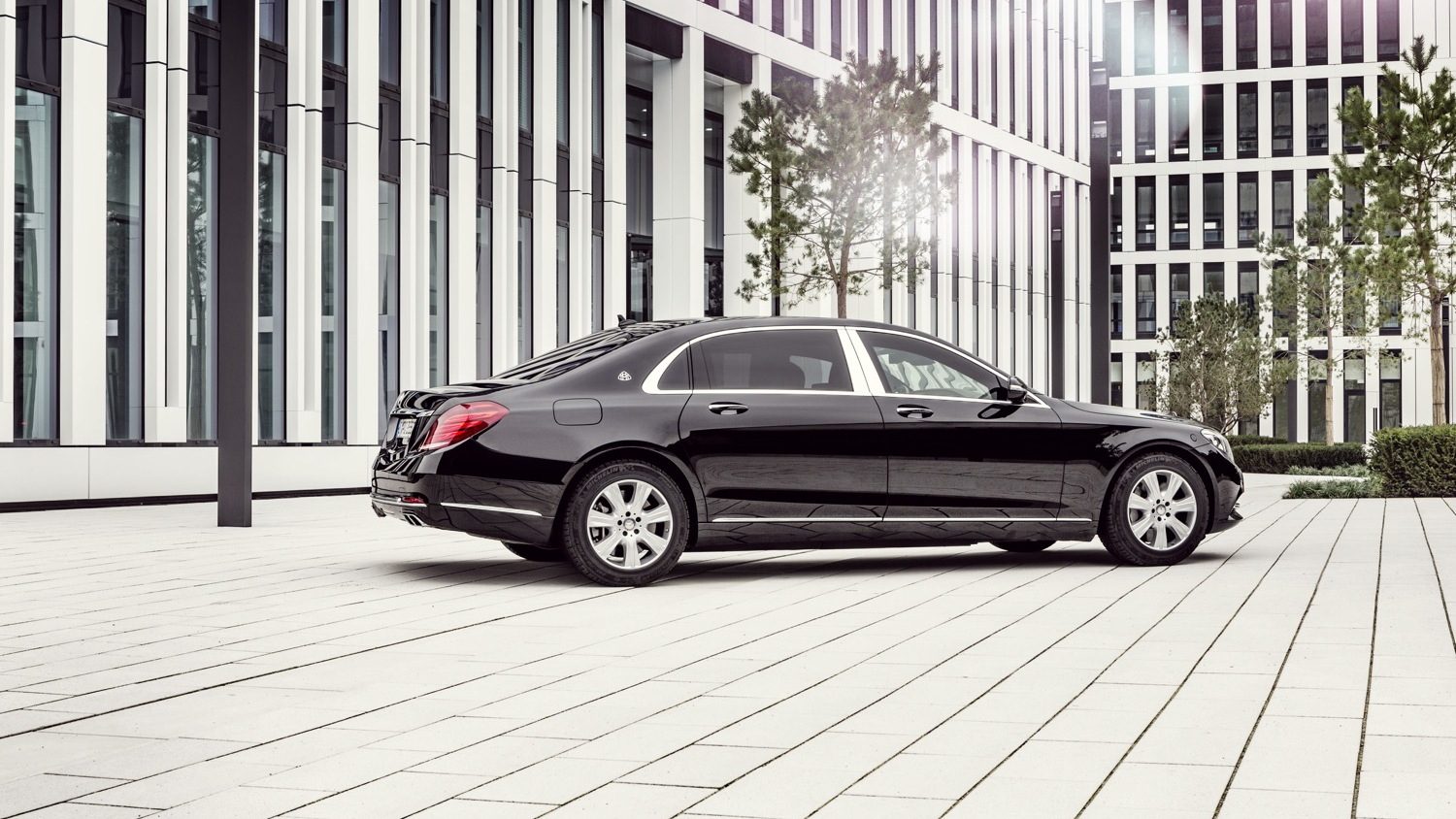 The Mercedes-Maybach S600 sails into the 2017 model year with armor plating now added to its long list of features.

The Mercedes-Maybach S600 Guard is claimed to be the first car to be certified VR10—the highest level of ballistic protection for civilian vehicles. The requirements for that rating include bodywork and windows that can withstand hardened steel bullets fired from an assault rifle, Mercedes says. It would be a shame to get blood on the Maybach's leather seats, after all.

To achieve that level of protection, Mercedes begins by reinforcing the bare body shell. It uses "special steels" and other materials in both the basic structure and bodywork, overlapping them at points where different materials meet to ensure maximum protection. The windows are fixed and are coated with polycarbonate on the inside to resist splintering. The underside is armored to protect against explosions and Mercedes says the sides of the Maybach can also withstand an explosive blast.

Of course, the types of people who travel in armored cars generally don't want the bad guys to know what they're riding in. Consequently, the Guard doesn't look much different from a standard Mercedes-Maybach S600, which already attracts plenty of attention on its own. The powertrain and suspension are likely beefed up to cope with the armor's extra weight, and Mercedes says the car has a "series of special technical features" that help it keep driving after an assault.

Mercedes seems to view the armored car market as a growth sector. In addition to the Mercedes-Maybach S600 Guard, it builds S500 and S600 Guard versions of the standard S-Class, as well as G500 Guard, GLE 350d Guard, and GLE500 Guard armored SUVs.

The Mercedes-Maybach S600 Guard is available to discriminating dignitaries at a starting price of 470,000 euros (approximately $516,000). It makes its world debut next week at the 2016 Geneva Motor Show. For more from the Swiss show, head to our dedicated hub.