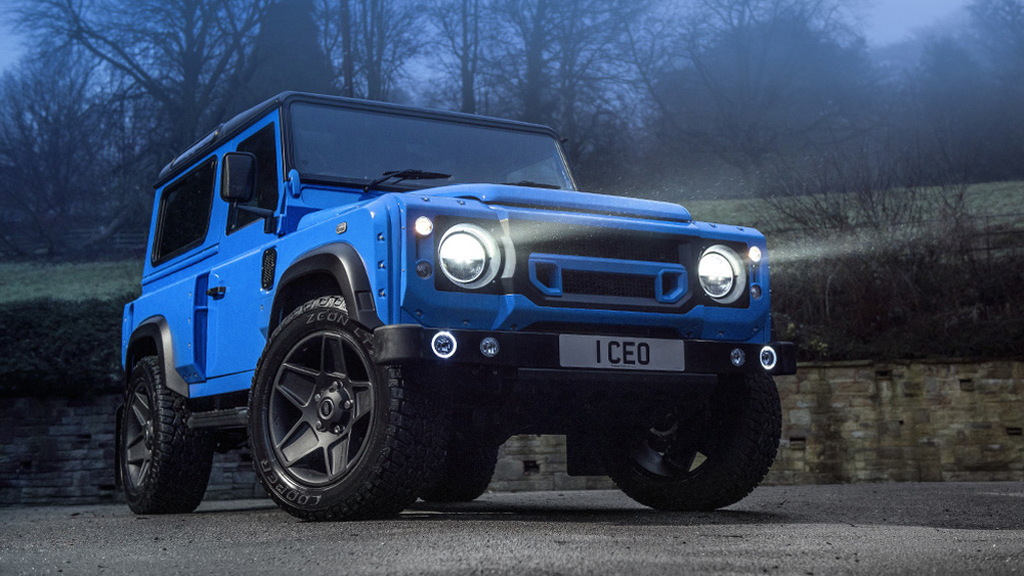 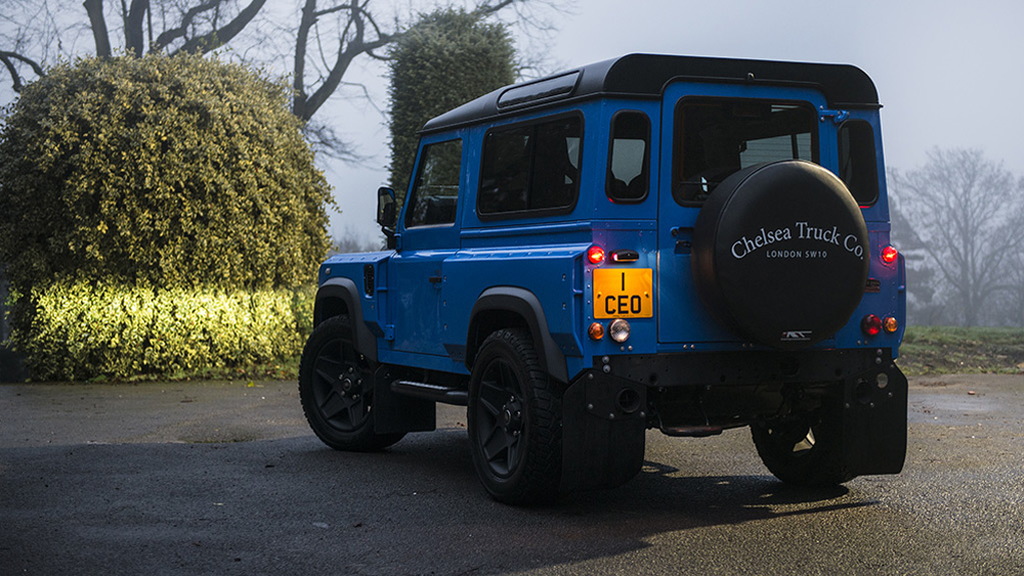 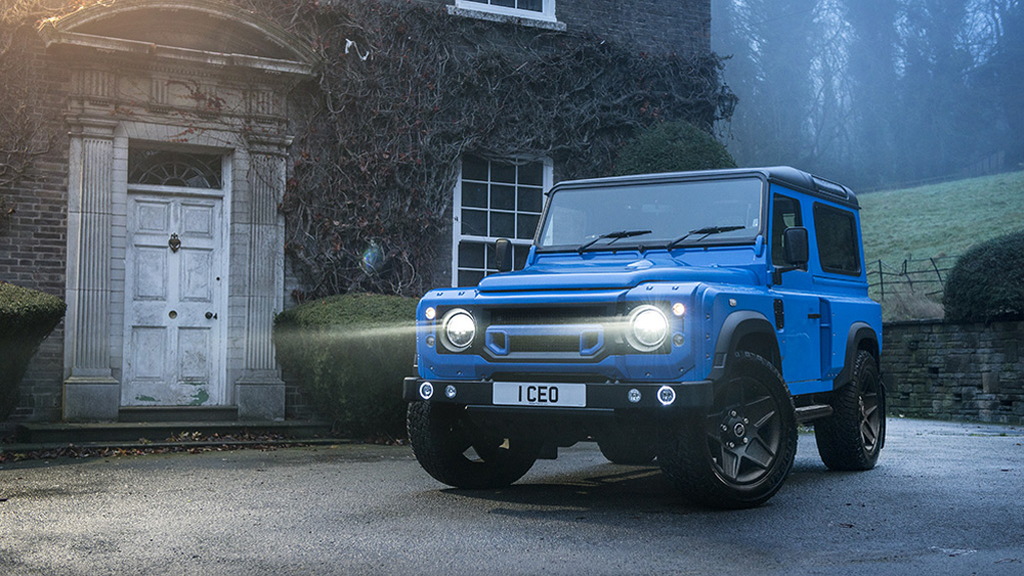 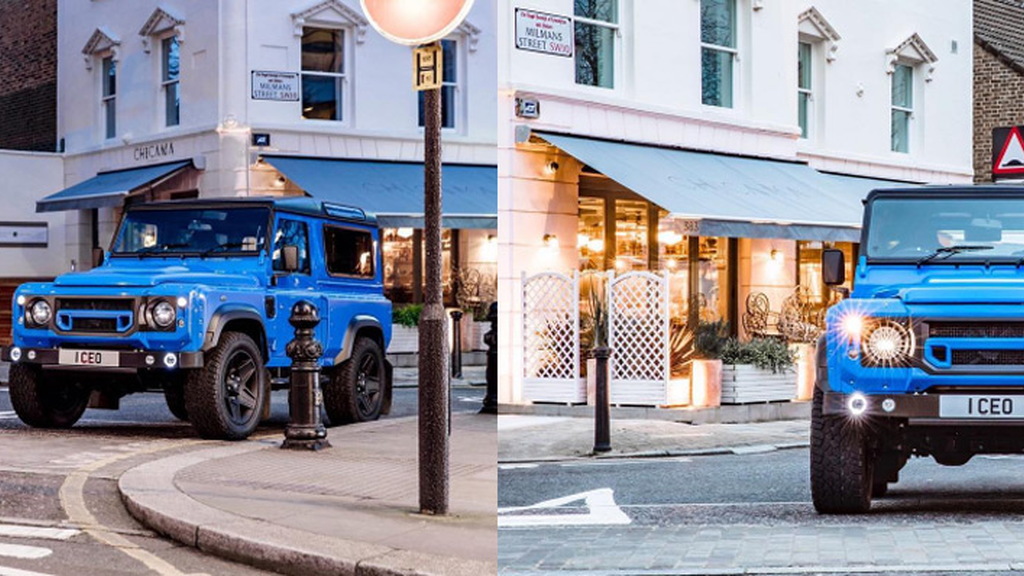 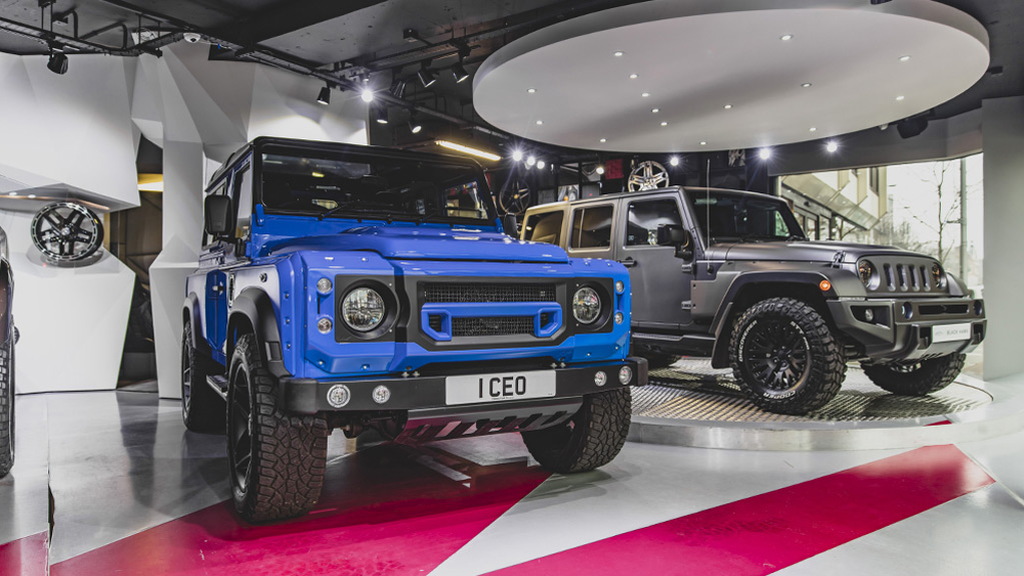 Land Rover finally ceased production of its iconic Defender at the Solihull plant in the United Kingdom early last year. The vehicle was in continuous production since 1983 and traces its roots to the original Land Rover Series introduced in 1948. While a new Defender is due in the next year or two, it will be very different to Defenders of old.

In recognition of this changing of the guard, the Chelsea Truck Company, the SUV division of bespoke British outfit Kahn Design, has built the special ‘The End’ edition Defender. The vehicle was presented for the first time at last week’s 2017 Geneva auto show where Kahn Design also presented the WB12 Vengeance Volante convertible.

‘The End’ edition Defender is meant to pay tribute to the Defender’s history but in a modern way. It will be offered in multiple colors, with the example shown here finished in French Racing Blue. It also features Chelsea Truck Company’s highest specification, meaning it’s packed with plenty of luxuries and special touches.

For the exterior, the designers added a wide-body kit, LED headlights, underbody protection, special badging, and a new front bumper and grille. A satin black finish for the roof, which includes a removable front sunroof, completes the transformation. At Kahn Design, everything is customizable when it comes to interiors. On the Geneva show car, the designers added sport bucket seats with leather and colorful wool trim. More leather lines much of the dash while the steering wheel features a mix of leather and billet aluminum.

The Chelsea Truck Company snapped up 50 of the last original Defenders built before production finally ceased and will soon start converting them to ‘The End’ editions. Half will be built on the Defender 90 variant with the remainder based on the stretched Defender 110.

“With the Defender facing the end of production, I was keen to celebrate this iconic vehicle’s legacy with a limited series of these exceptional examples,” Kahn Design CEO and founder Afzal Kahn said at the reveal. “It’s a pleasure to be able to launch the production model at the Geneva motor show.”