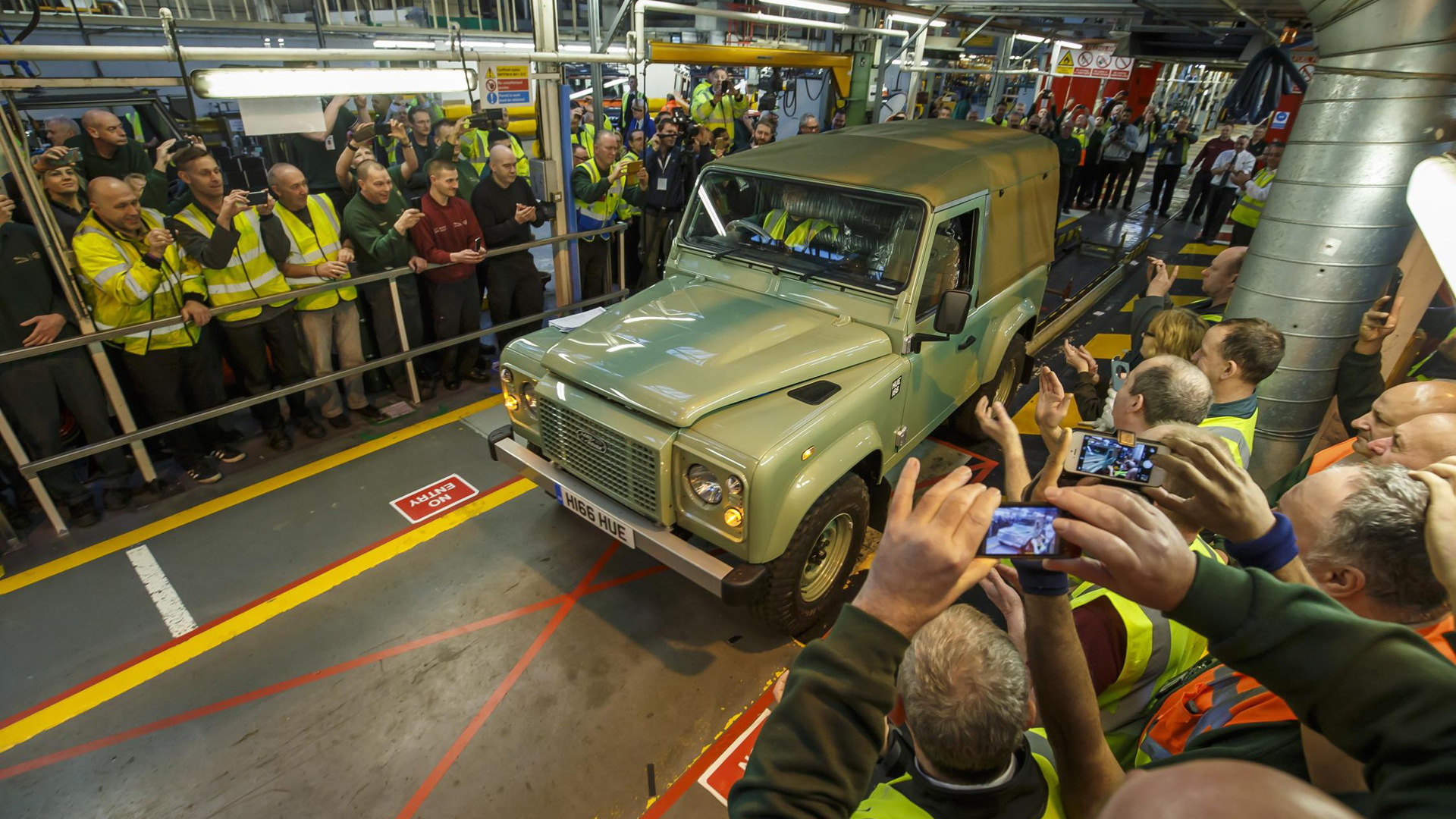 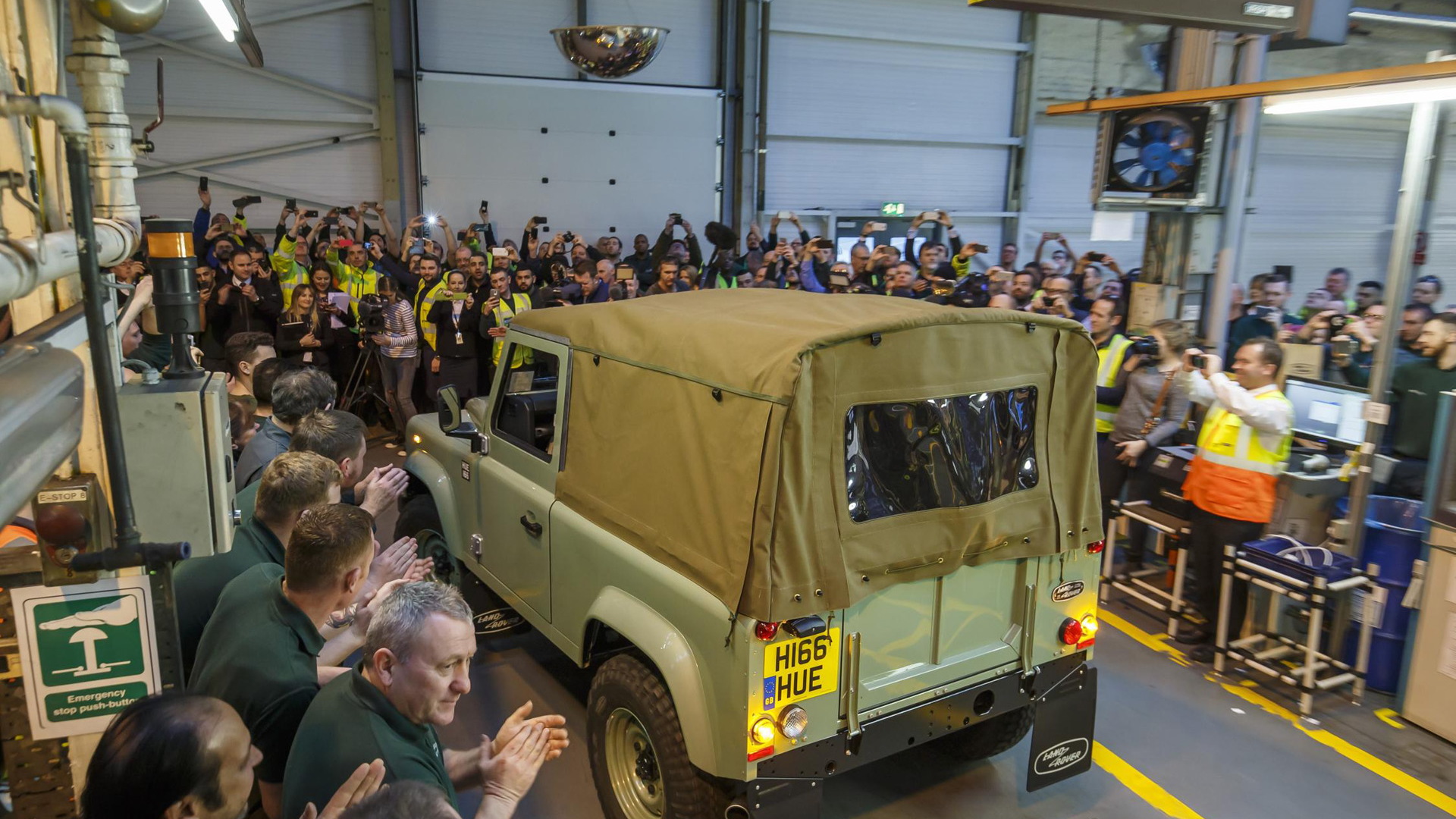 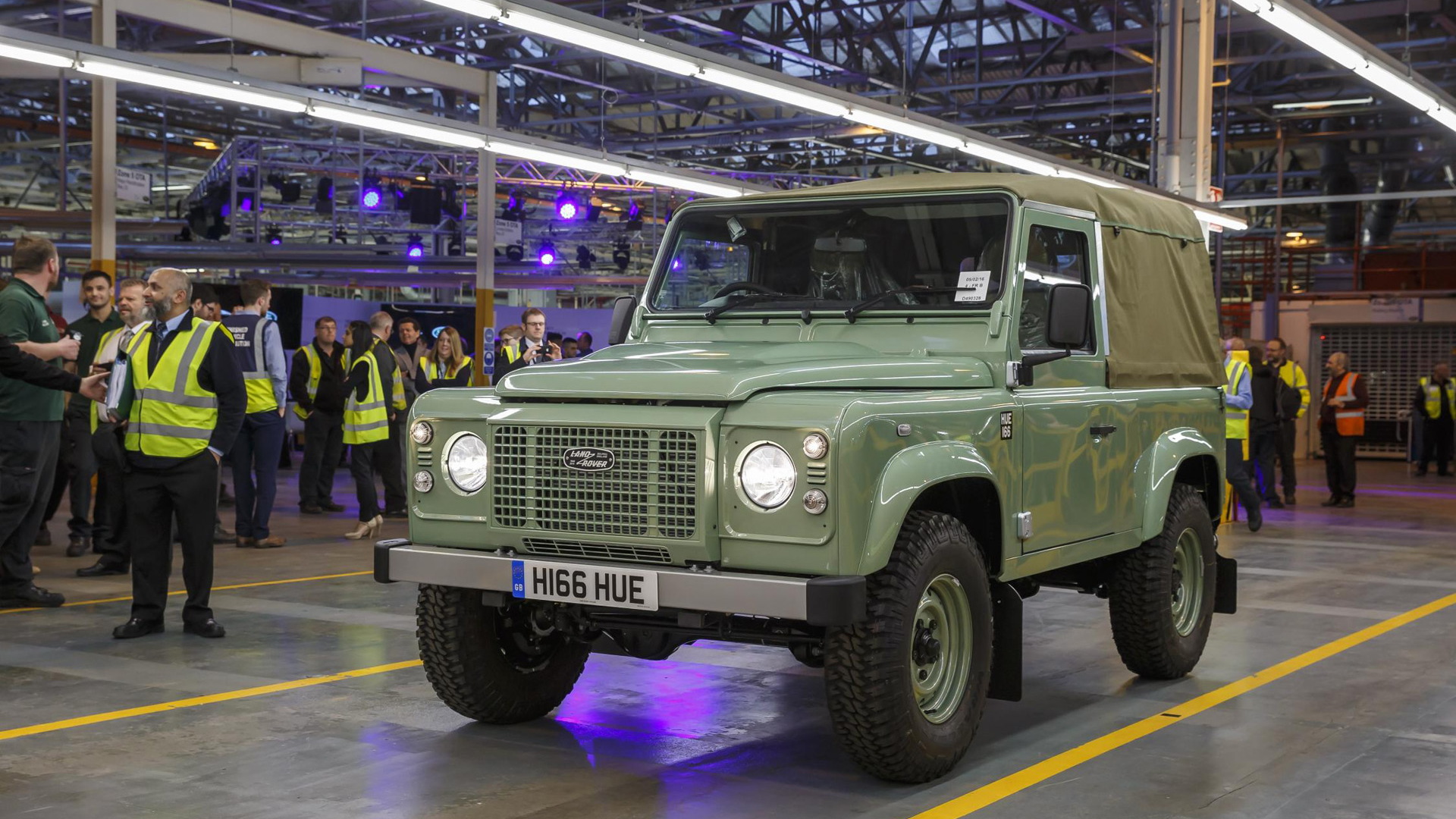 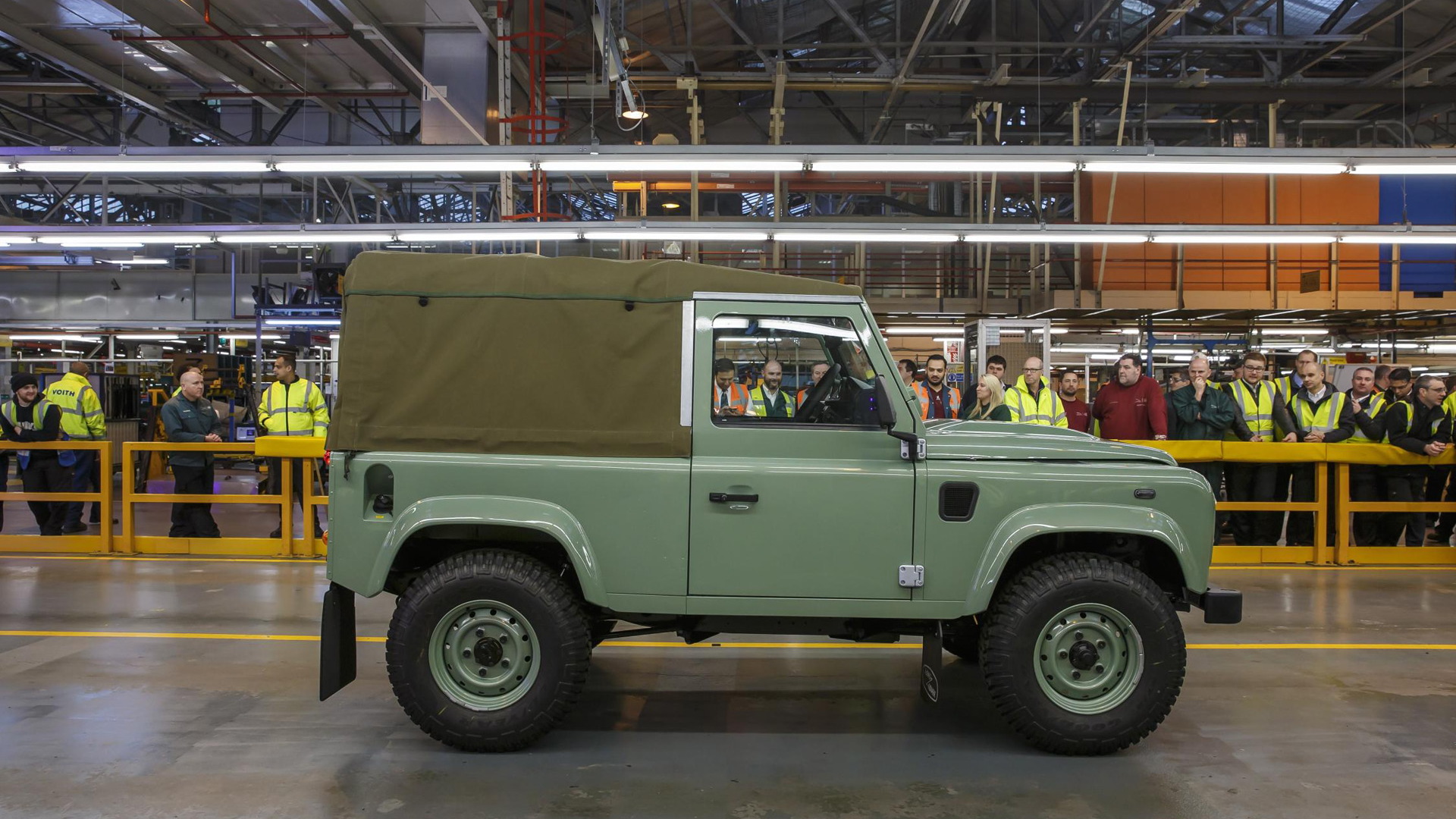 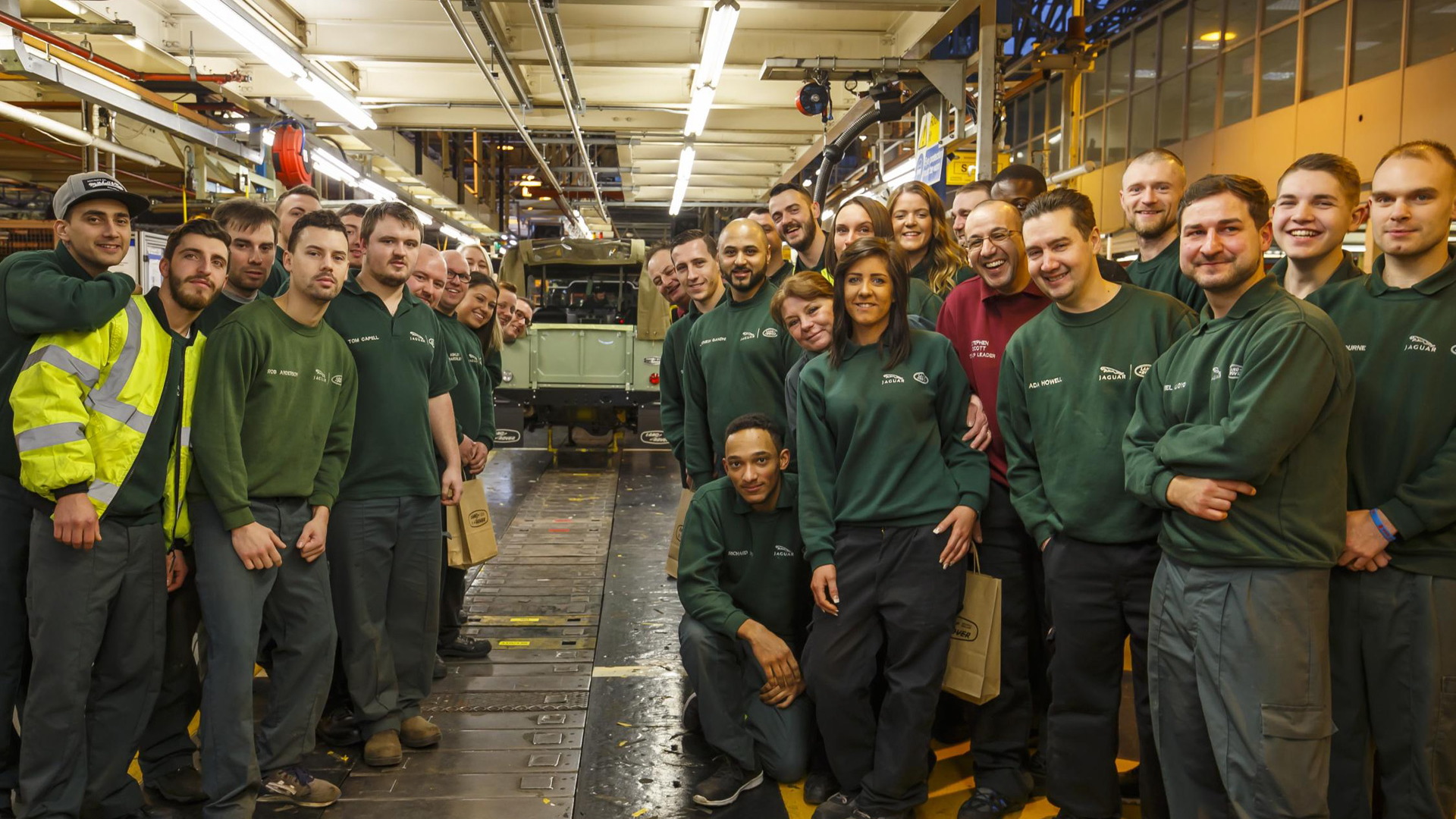 Land Rover’s Solihull plant in the United Kingdom has been churning out Defenders since 1983. Production at the site goes back much further, though, as it was here that the Defender’s predecessor, the original Land Rover Series, was built since 1948. Today, production of the SUV icon at the site came to an end with the last example, a Defender Heritage Edition finished in Grasmere Green, rolling off the line only a few hours ago. It will be kept by the automaker.

To mark the occasion, Land Rover invited more than 700 current and former Solihull employees involved in the production of Land Rover Series and Defender vehicles to see and drive some of the most important vehicles from its history, including the first pre-production ‘Huey’ Series I as well as the final Defender Heritage Edition.

Despite its age—the basic shape hasn’t changed much since the launch of the original Land Rover Series—the Defender has maintained a cult following, including here in the United States where fans have even risked their vehicles being seized by the authorities. Land Rover also had to extend the production shutdown deadline by a month to meet the strong demand. More than two million of the SUVs have been built since production started back in 1948.

Fans shouldn’t feel too sad, though. There will be an all-new Defender arriving around 2018, though this model isn’t expected to be built in Solihull. In fact, it may even end being built outside the U.K. The current thinking is that it will be built at Land Rover’s new plant being assembled in Nitra, Slovakia.

And the original production line in Solihull is here to stay as well. It will be the home of a new Heritage Restoration Program. Here, a team of experts, including some long serving Defender employees, will oversee the restoration of a number of Land Rovers Series sourced from across the globe. Once restored, they will then be made available for sale.