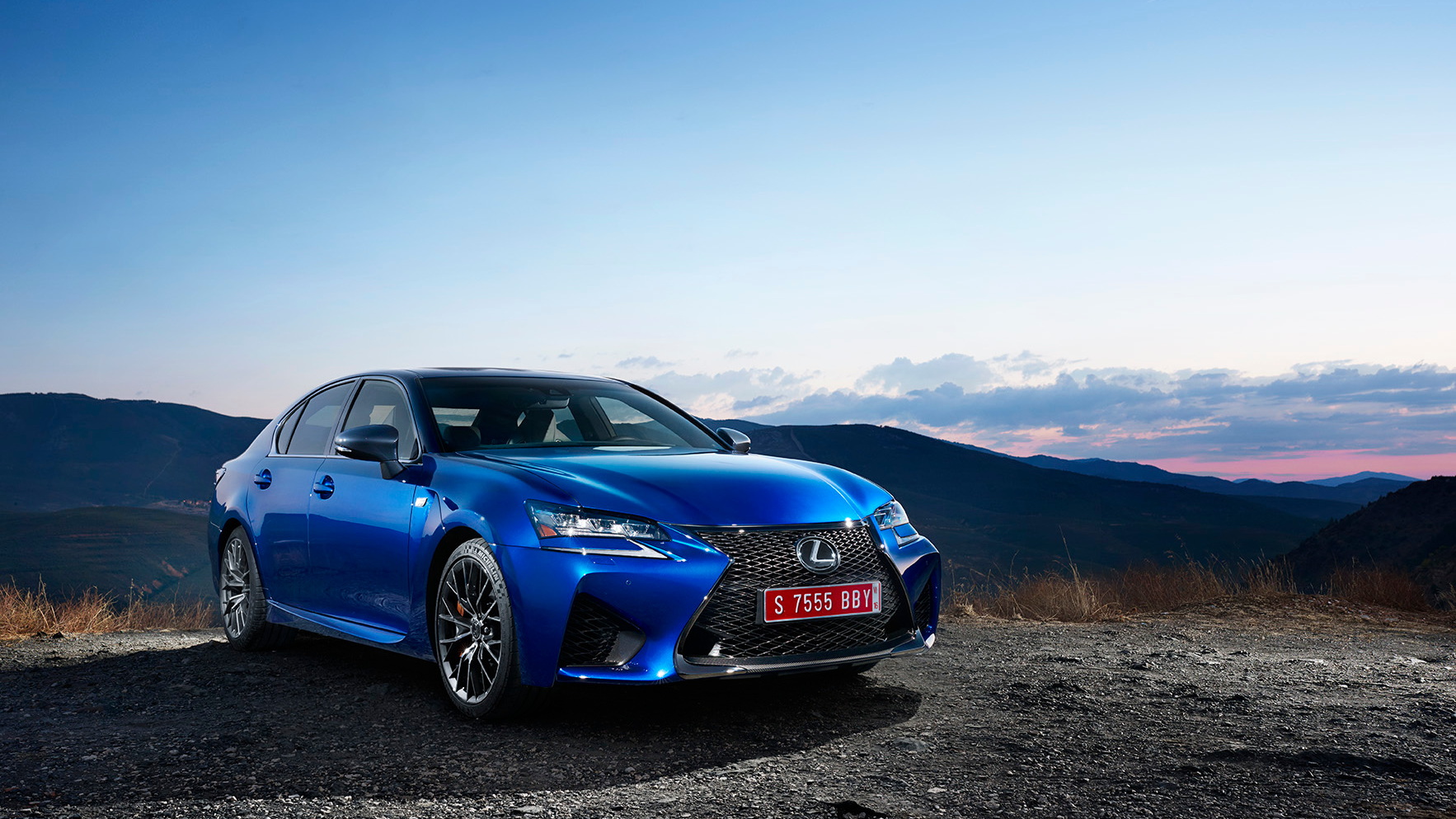 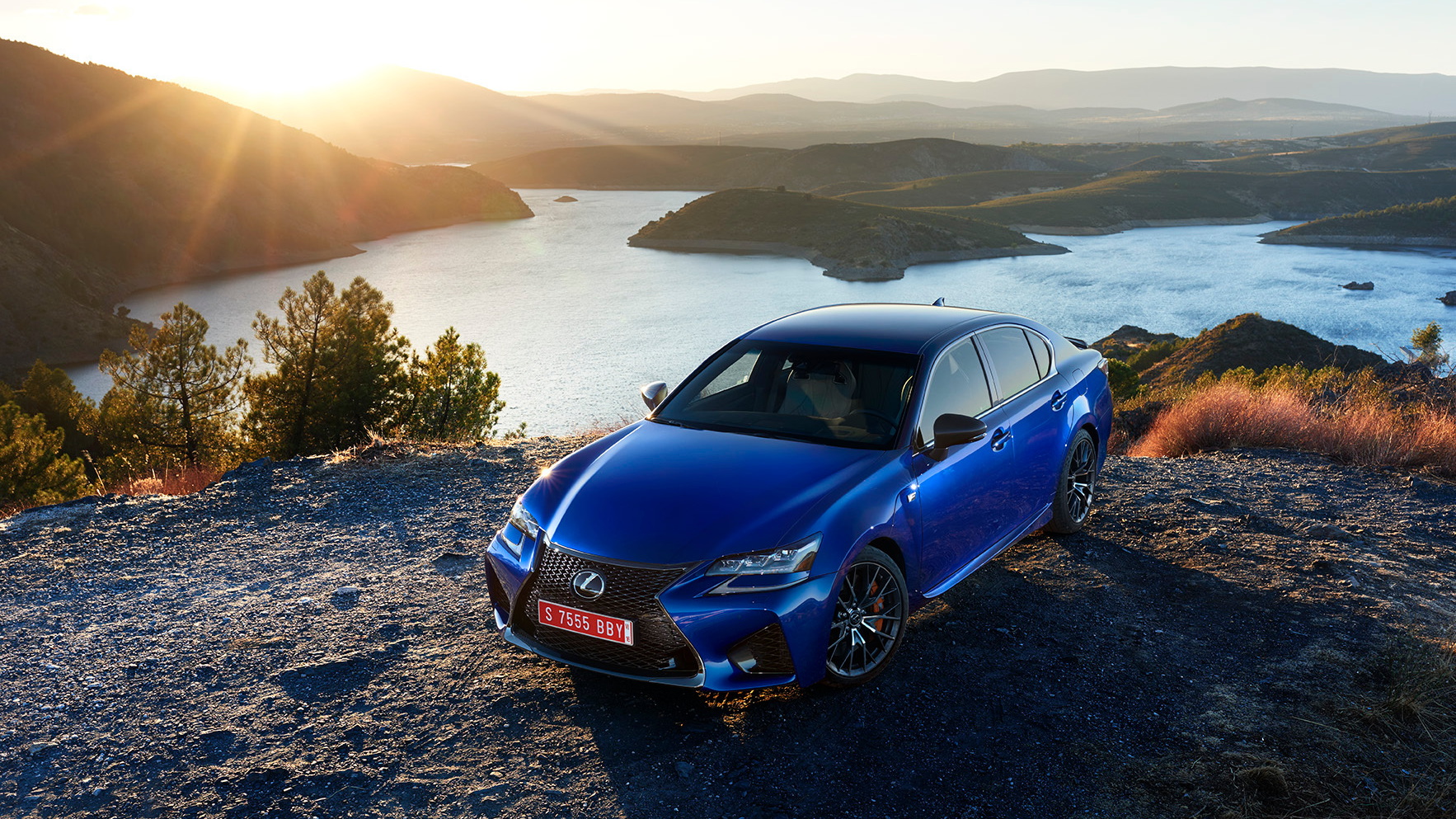 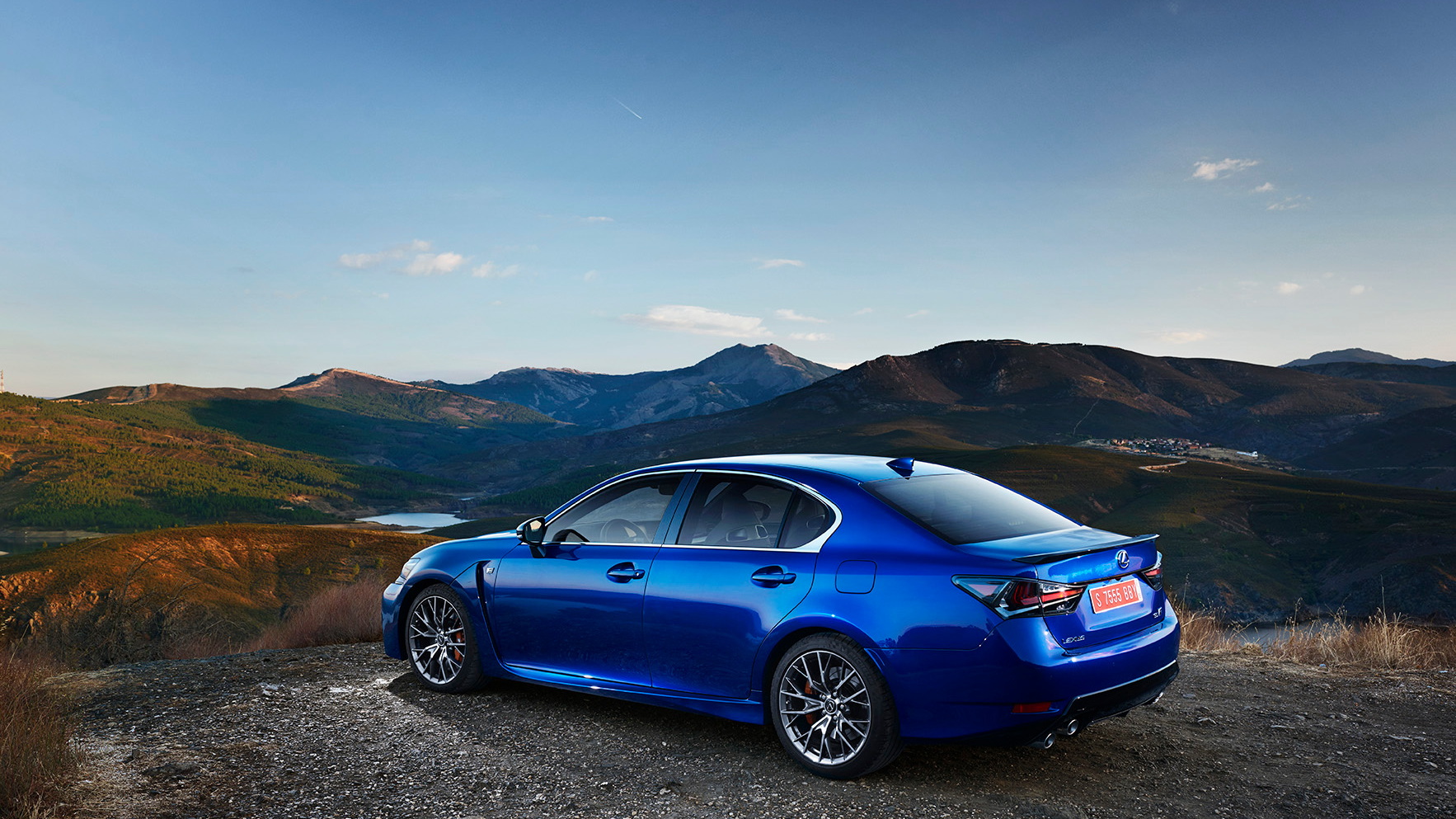 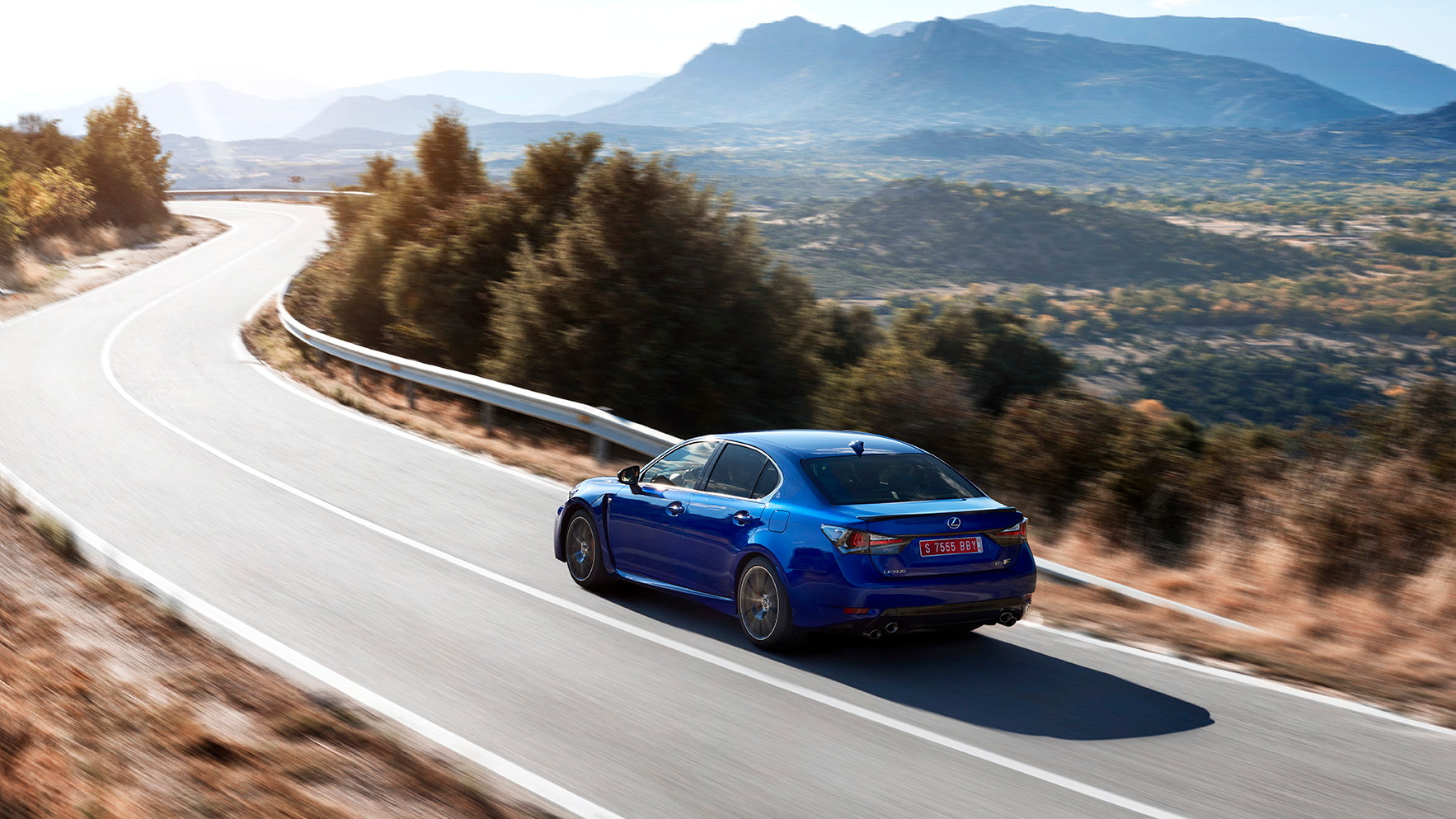 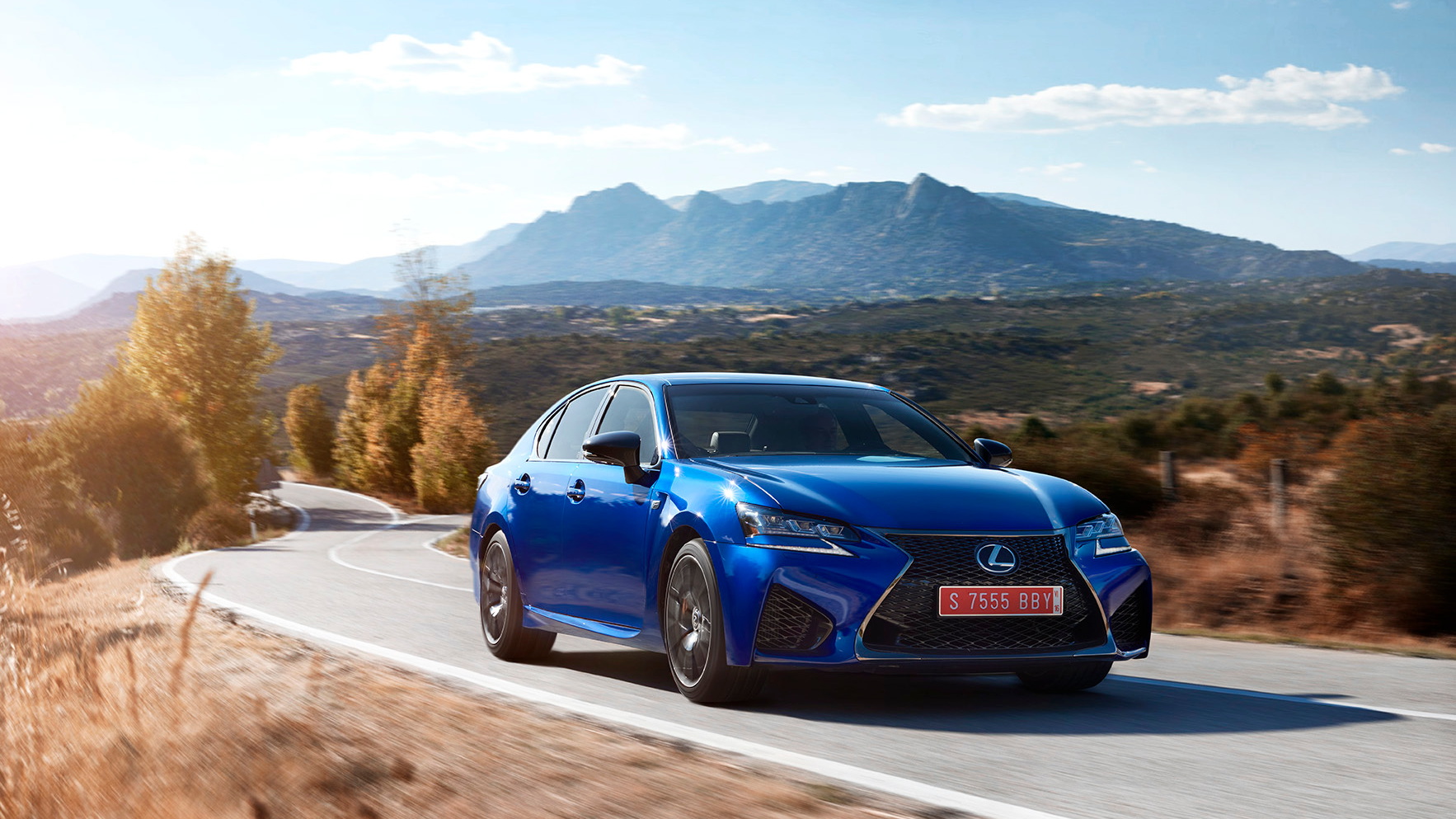 For going on a decade now, Lexus has been on a mission to convince enthusiast buyers who might gravitate toward European cars that it, too, can build world-class sports cars and sports sedans. It started with the 2008 IS F, a would-be BMW M3 competitor that showed promise but just couldn’t really challenge the best performance four-door of the day.

Then came the 2012 LFA. This $375,000 carbon fiber V-10-powered supercar was breathtakingly quick and proved that Lexus, a brand known for stodgy but comfortable sedans and crossovers, truly knew what performance felt like. However, the LFA was so limited (Lexus sold just 500 units) that it didn’t provide the halo the brand really wanted.

Next up was the RC F, which arrived last year. A compact sport coupe aimed at the BMW M4, the RC F actually does some things better than its somewhat flawed German rival, but even with a V-8 under the hood, the Lexus can’t beat the turbo-six-powered BMW around a racetrack.

Now Lexus is offering its fourth F model, the 2016 GS F. A mid-size four-door sedan, the GS F fires its salvo at rivals like the BMW M5, Mercedes-AMG E63, Cadillac CTS-V, and Audi RS 7. The GS F’s chief engineer, Yukihiko Yaguchi, wants customers to know that this car was bred for the road and the track, and that it produces great sounds, immediate responses, and limitless power. Does the GS F deliver on those promises and does it have the bona fides to take its place among such elite rivals? I travelled to Madrid, Spain to drive the GS F on the Jarama Circuit and find out if the fourth F is the real deal.

The GS F certainly starts with the right clay to make a sport sedan worthy of the road and track. I’ve found the current GS to be more fun to drive than the traditional ride and handling benchmark in the class, the BMW 5 Series, which has become somewhat paunchy in its middle age. For the GS F, Lexus, improves upon that already worthy structure with four additional underbody braces.

The suspension and chassis hardware are also more sophisticated. The GS F gets the GS’s double-wishbone front suspension and a multi-link rear suspension. Two front arms and two rear links are aluminum to reduce unsprung weight and increase rigidity, the front and rear geometry is tweaked, and spring and bushing rates are stiffer. Sachs shocks and Brembo brakes are used at all four corners, with big 14.96-inch front rotors and 13.58-inch rear rotors.

More importantly, the GS F comes standard with the electrically controlled clutch-actuated torque-vectoring rear differential that is optional on the RC F.

Tuned for the road and track

My test drive included a track portion on the 2.4-mile Jarama Circuit, an 11-turn Formula One racetrack with several tight, decreasing radius turns, as well as a street drive on roads that took us through villages and out onto twisty country roads.

The track drive included not only the GS F but also its little brother the RC F, and each car had a pro driver in the passenger seat to coach us through the Jarama Circuit and run through the various drive modes. The GS F comes standard with a Drive Mode Selector with Normal, Eco, Sport S, and Sport S+ modes, all of which adjust the dampers, throttle response, transmission shift points, stability control limits, and steering weight. The torque-vectoring differential also has Normal, Slalom, and Track settings.

While the RC F is a bit portly for its size, the GS F weighs only about 75 pounds more, making it light for the class. At 4034 pounds, it weighs 356 pounds less than the M5 and 111 less than the lightweight CTS-V. That helps the GS F drive smaller than its considerable size, though the drive modes and the settings for the torque-vectoring differential really change its dynamic personality.

Leave the Drive Mode Selector in Normal mode and the GS F’s natural character comes out. Though a bit light, the steering is delightfully quick and the car turns in crisply. Push it hard into a corner, though, and the sticky Michelin Pilot Super Sport tires give up grip and allow it to plow forward rather than rotate. The Vehicle Dynamics Integrated Management system (VDIM) also kicks in all too willingly, engaging the traction control and even cutting the power as the car scrambles for traction through the Jarama Circuit’s many tight turns.

Switch over to the Sport S or Sport S+ modes and put the differential in Slalom or Track and the GS F is suddenly very willing to rotate, and this is where it feels much smaller than its size. Basically, the GS F’s natural understeer is cured by the active torque-vectoring rear diff.

In Sport S+ mode the VDIM is also less intrusive than it is in the RC F, making the GS F the more fun car to drive with at least some of the safety nets in place. Lexus didn’t let us use the “Expert” mode, which engages only minimal stability control, in either car, but the RC F would benefit from the GS F’s VDIM tuning.

Out on the road, the GS F cures another ill of its little brother. The longer wheelbase helps iron out some of the ride harshness of the RC F and makes the GS F a fairly comfortable cruiser. The quick, direct steering and strong brakes are just as satisfying on the street as they are on the track, making this a fun car to drive in any situation.

The story under the hood is a good one, but not a great one. The GS F gets the same 5.0-liter V-8 as the RC F and it makes the same 467-horsepower and 389 pound-feet of torque. It’s an advanced engine, but it doesn’t offer the ridiculous power of the force-fed engines of those aforementioned rivals. This V-8 features both direct and port injection and runs on both the Otto and Atkinson cycles. These traits allow it to deliver decent fuel economy as well as willing power. It is rated at 16 mpg city, 24 highway, and 19 overall.

The 5.0-liter winds willingly up to 7300 rpm, emitting the throaty howl of a naturally aspirated V-8 along the way. Lexus even pipes in more sound through a pair of speakers, one up front and one in the rear. The simulated sound comes through the front speaker in Sport S mode and through both in Sport S+. Given the V-8’s intoxicating growl, the simulated sound is unnecessary.

The V-8 offers plenty of power, and Lexus’ estimate of a 4.5-second 0 to 60 mph time seems realistic. Throttle response is, indeed, immediate, but Lexus’ claim of unlimited power is an overstatement, especially in the face of competitors with as many as 640 horsepower. If Lexus really wants the GS F to compete against the some of the world’s best sport sedans, it’s going to have to turbocharge or supercharge this engine.

The eight-speed automatic transmission is a similar tale. It shifts smoothly and responsively, though not as crisply and quickly as some of the better dual-clutch transmissions on the market, including the one from BMW. I would also like to see a manual transmission, though that’s likely a pipedream. Again, if Lexus really wants to compete, a dual-clutch gearbox would produce faster shift times and quicker lap times.

The GS F can be thought of as a larger, more practical version of the RC F. In place of a tight rear seat limited by a compact car’s coupe roofline, this midsize sedan has a three-passenger rear seat that will accommodate six footers.

Over and above the standard GS, the F gets aluminum pedals; perforated leather on the seats and steering wheel; available carbon fiber trim; and alcantara on the meter hood, instrument panel, door trim, center console, and Remote Touch palm rest. At also features high-back front sport seats that are also exceptionally comfortable and supportive.

Lexus’ Remote Touch system is standard. It uses a center console-mounted joystick to enter controls on the massive 12.3-inch dashboard screen. Haptic feedback makes “buttons” on the screen provide resistance through the joystick. For 2016, Lexus adds a thumb-activated “Enter” button that helps make the system a bit easier to use. However, this controller still requires drivers to develop a bit of manual dexterity, and that can make it frustrating.

So, does the GS F have what it takes to challenge such heady rivals? From a ride and handling standpoint, yes. The GS F truly is right-now responsive and it makes great sounds. The price is also fairly competitive. Pricing starts at $85,380, which is in line with the Cadillac CTS-V, about $10,000 less than the M5, $17,000 less than the Mercedes-AMG E63 S, and $24,000 less than the RS 7. However, the GS F isn’t nearly as a powerful as any of those rivals.

The fourth F in the Lexus portfolio does the brand proud, but it has some room to grow on the horsepower front if its going to be a true competitor for some of the finest sport sedans on the market.