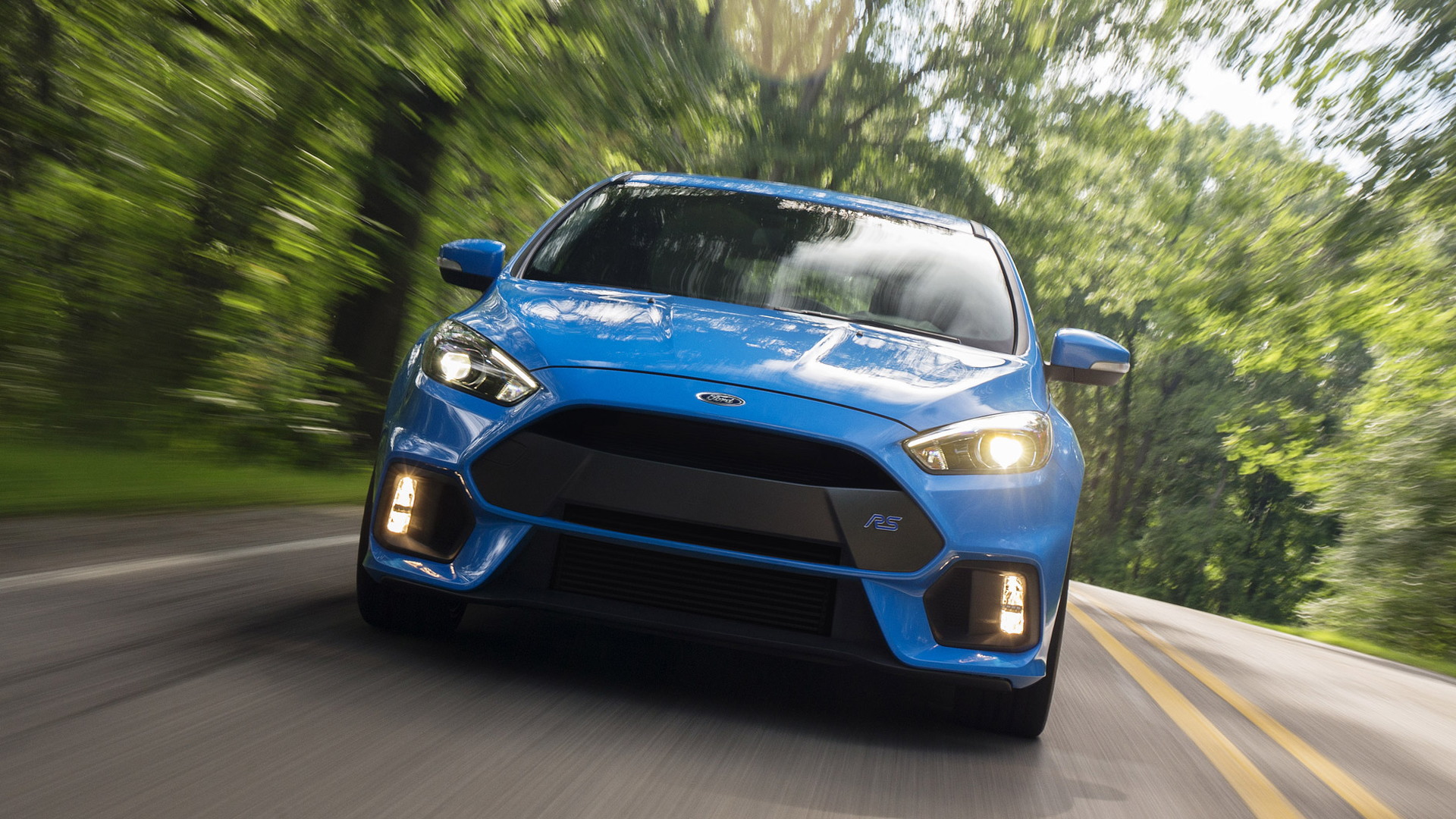 Not that it needed it but the Ford Motor Company [NYSE:F] has managed to squeeze out even more performance from the upcoming Focus RS. It’s been confirmed that the car, which hits showrooms next spring, as a 2016 model, will arrive with 350 horsepower and 350 pound-feet of torque, up from a previously announced 345 hp and 347 lb-ft. Note that the peak torque figure is likely reached only during a temporary overboost period.

The Focus RS features an enhanced version of the turbocharged 2.3-liter four-cylinder engine found in the Mustang EcoBoost. Specific enhancements include a larger turbo and better breathing mods. According to Ford, boost pressure dialed up by the turbo is a massive 23.2 psi. Backing this up is a large intercooler and high-flow exhaust system with electronically controlled valves designed to optimize back pressure and exhaust sound levels.

Drive is to all four wheels via a new Ford Performance all-wheel-drive system designed to not only split torque between the front and rear axles but also between the rear wheels. A maximum of 70 percent of the drive torque can be diverted to the rear axle, and up to 100 percent of this can be sent to each rear wheel. The sole transmission is a six-speed manual that happens to be especially forgiving in the event you stall the engine.

Ford is debuting in the Focus RS a trick feature called stall recovery. When you stall, there will be no need to manually restart the engine or move the gear selector to neutral. All you need to do after a stall is engage the clutch and the engine will restart. It relies on technology commonly used for fuel-saving engine stop-start systems.

Power delivery is said to come on just off idle and keep coming all the way on up to a free-spinning 6,800 rpm. The engine is also said to deliver an especially chunky midrange shot of power, which should make the car punchy in virtually any gear. Performance claims include 0-62 mph acceleration in 4.7 seconds and a top speed of 165 mph.