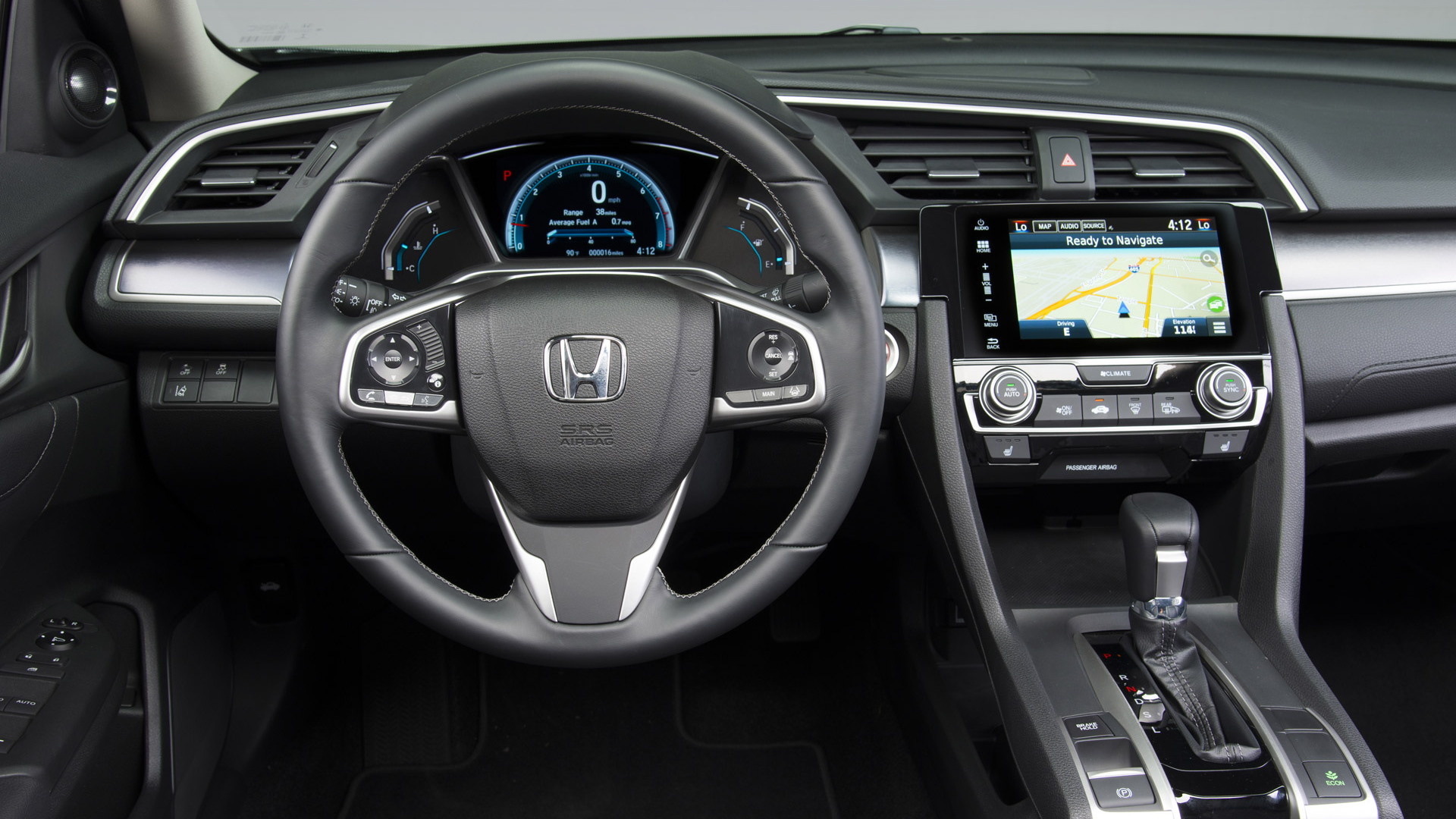 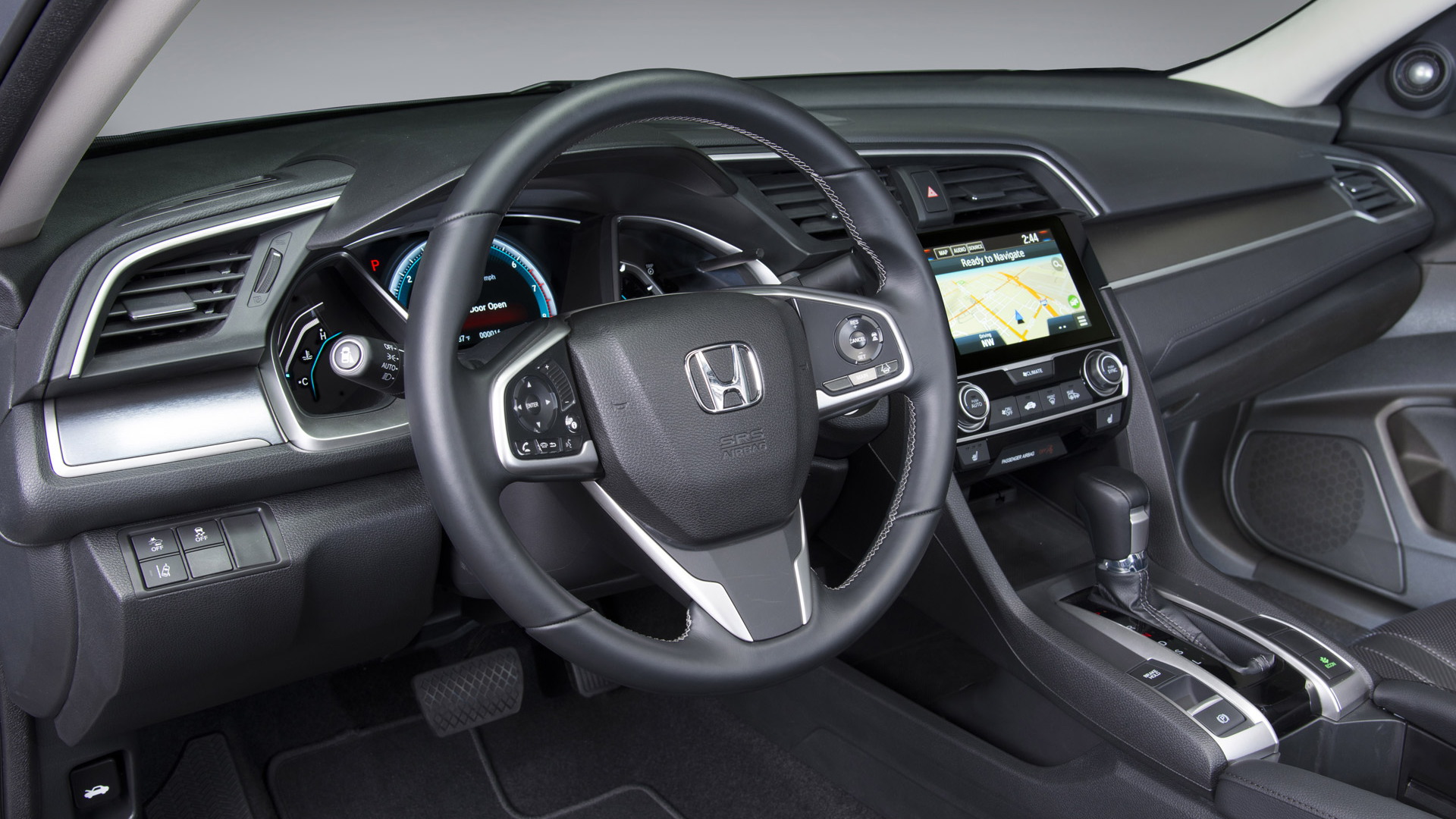 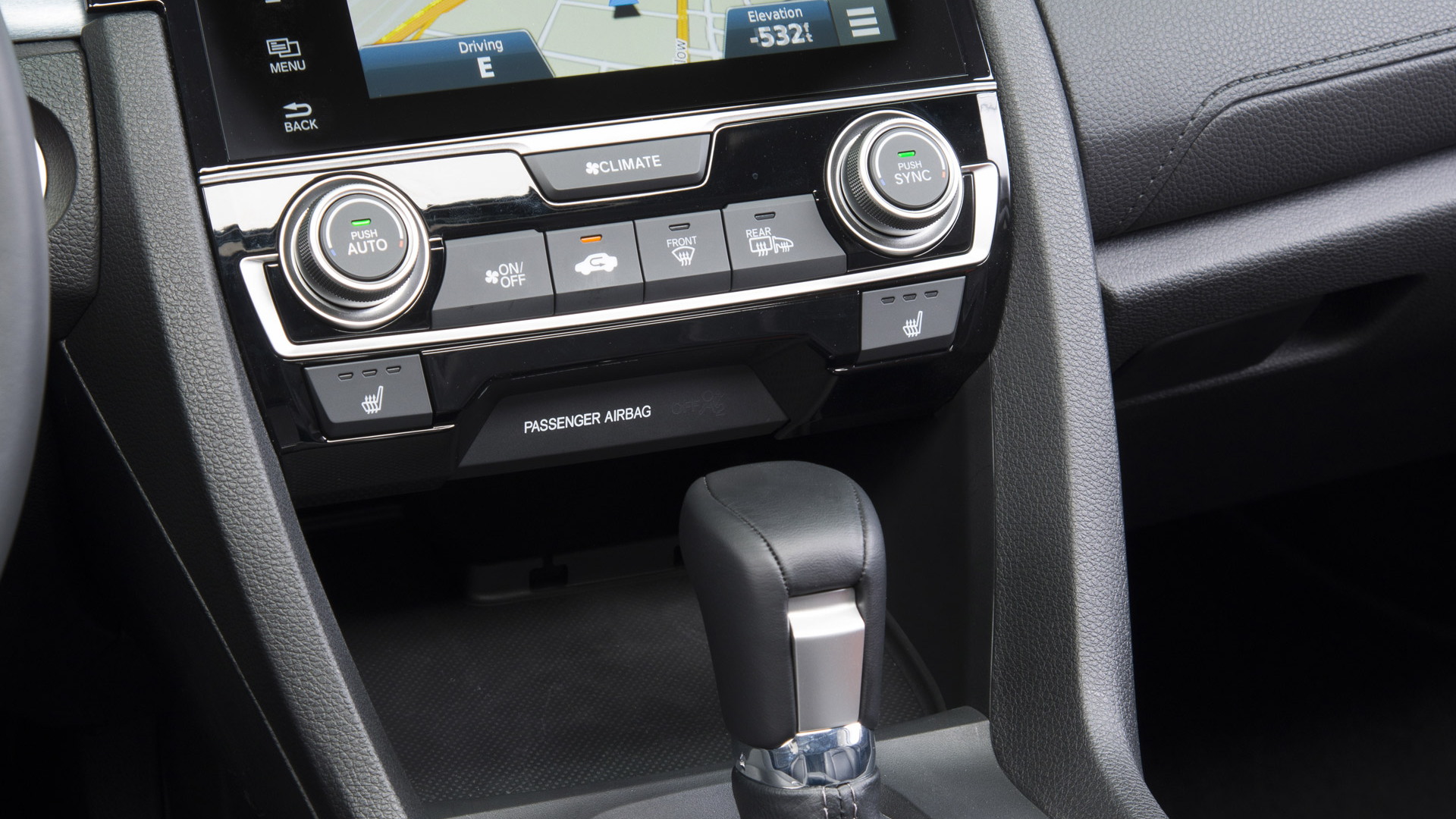 Honda’s tenth-generation Civic is finally here, with the Japanese automaker today giving us our first look at the sedan variant due in showrooms later this fall. Arriving as a 2016 model, the new Civic is completely unrelated to the highly criticized model introduced for 2012 as it benefits from a new platform, new engines and the latest tech. There will also be more variants to choose from, one of which will be a high-performance Type R.

Honda has confirmed that its new Civic will be offered as a sedan, coupe and five-door hatchback, and some of these will include performance-oriented variants badged either an Si or Type R. Most Civics sold in the United States will be sourced from plants in Greensburg, Indiana and Alliston, Ontario. However, the hatchback was recently confirmed to be coming from the United Kingdom.

Two new powertrains have also been announced. Both are four-cylinder units with direct fuel injection and turbocharging, and both will be manufactured in Anna, Ohio. Front-wheel drive will remain standard.

The smaller engine displaces 1.5 liters and features in EX-T, EX-L and Touring trim levels. It’s available exclusively with a CVT. The larger unit is a 2.0-liter mill which also incorporates Honda’s VTEC variable valve timing technology. This one features in LX and EX trim levels and is available with either a six-speed manual or CVT. This is also the engine that features in the Type R and may end up delivering as much as 305 horsepower—the rating the European-spec Type R receives (shown above).

All Honda will confirm at present is that the engines are targeted to receive EPA highway fuel economy ratings in excess of 40 mpg. Full specs will be announced closer to the market launch.

Other dynamic areas of the new Civic should be vastly improved, too. This is because the car features the most rigid and tightly sealed body and the most sophisticated chassis in the nameplate’s history. Torsional rigidity is improved by 25 percent, aided in part by more intensive use of ultra-high-strength steel. And despite a slightly larger size, the new sedan’s body is 68 pounds lighter than before. It's nearly 2 inches wider and 1 inch lower with a 1.2-inch longer wheelbase, giving it one of the biggest cabins in its class, Honda says.

The suspension is also completely new, with redesign struts up front and a new multi-link rear setup mounted to an ultra-rigid rear subframe. The suspension is also lower, which combined with a lower floor and engine should lead to a lower center of gravity. Other features aimed at improving the ride and handling include hydraulic compliance bushings, variable gear ratio steering, beefier front and rear stabilizer bars, and brake-based torque vectoring.

The cabin design remains much same as in the outgoing model, albeit with the two-tier instrument cluster replaced by a more conventional single-cluster design. There's an additional 3.7 cubic feet of interior space with 2 inches of added rear-seat legroom versus the outgoing model. Anyone opting for EX trim and above will also get folding seats in the rear with a 60/40 split.

When it comes to tech, Honda says the new Civic will be available with LED headlights as well as smartphone integration for both Apple and Android devices. There is also a seven-inch touchscreen display. Finally, Honda is offering a suite of electronic safety and driver aids, including Collision Mitigation Braking, Road Departure Mitigation and, for the first time in a Honda, Adaptive Cruise Control with Low-Speed Follow traffic crawling.

As mentioned above, the sedan will go on sale this fall. The coupe will follow in the winter and the hatchback will arrive sometime next year. Unfortunately, we’re hearing that the Type R might not be available until the 2017 calendar year. That’s because Honda is thought to be skipping the current hatchback-based Type R sold overseas in favor of a sedan- or coupe-based model for the U.S. We should have more details following the new Civic's official debut at the 2015 Los Angeles Auto Show in November.