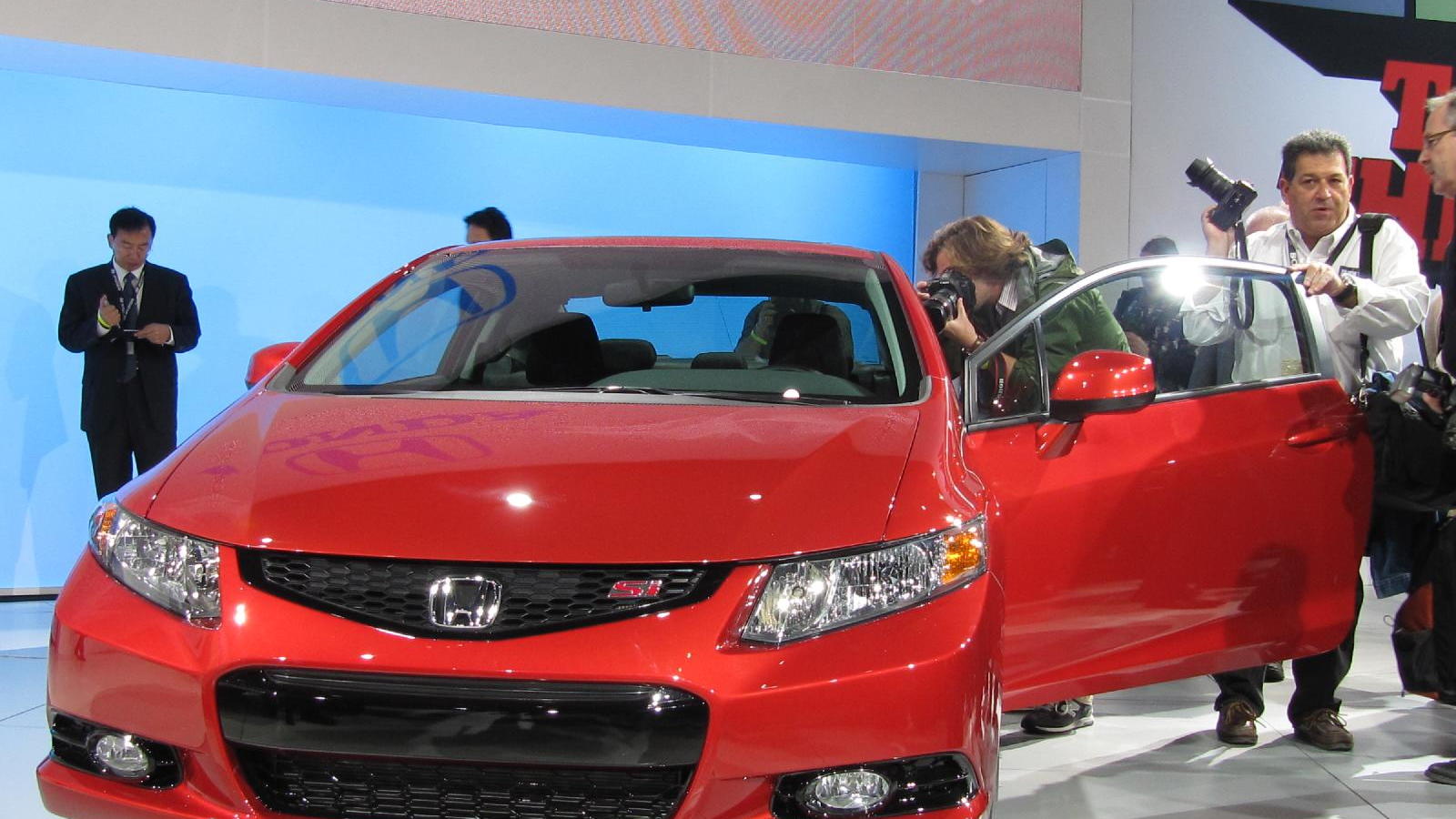 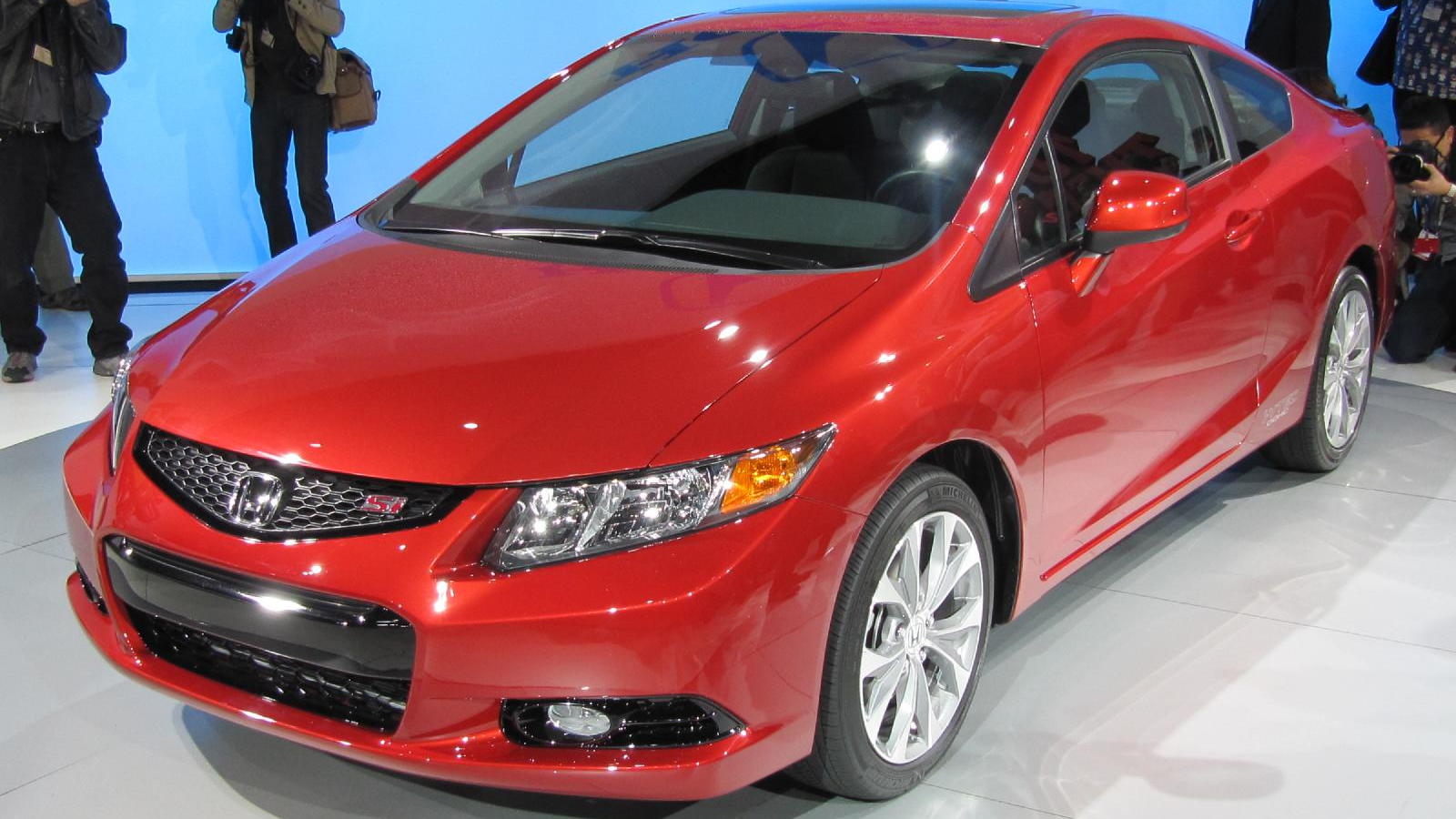 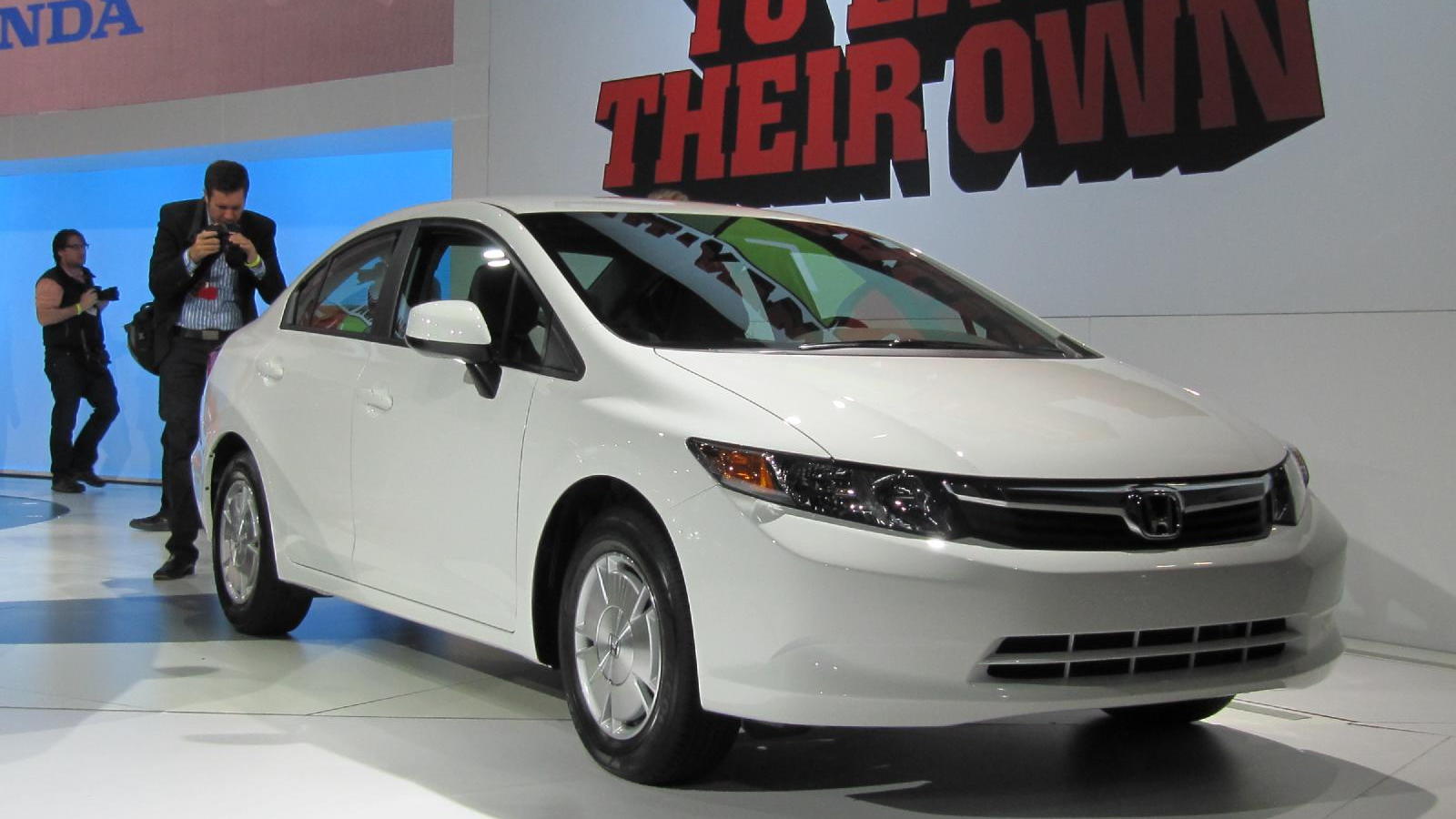 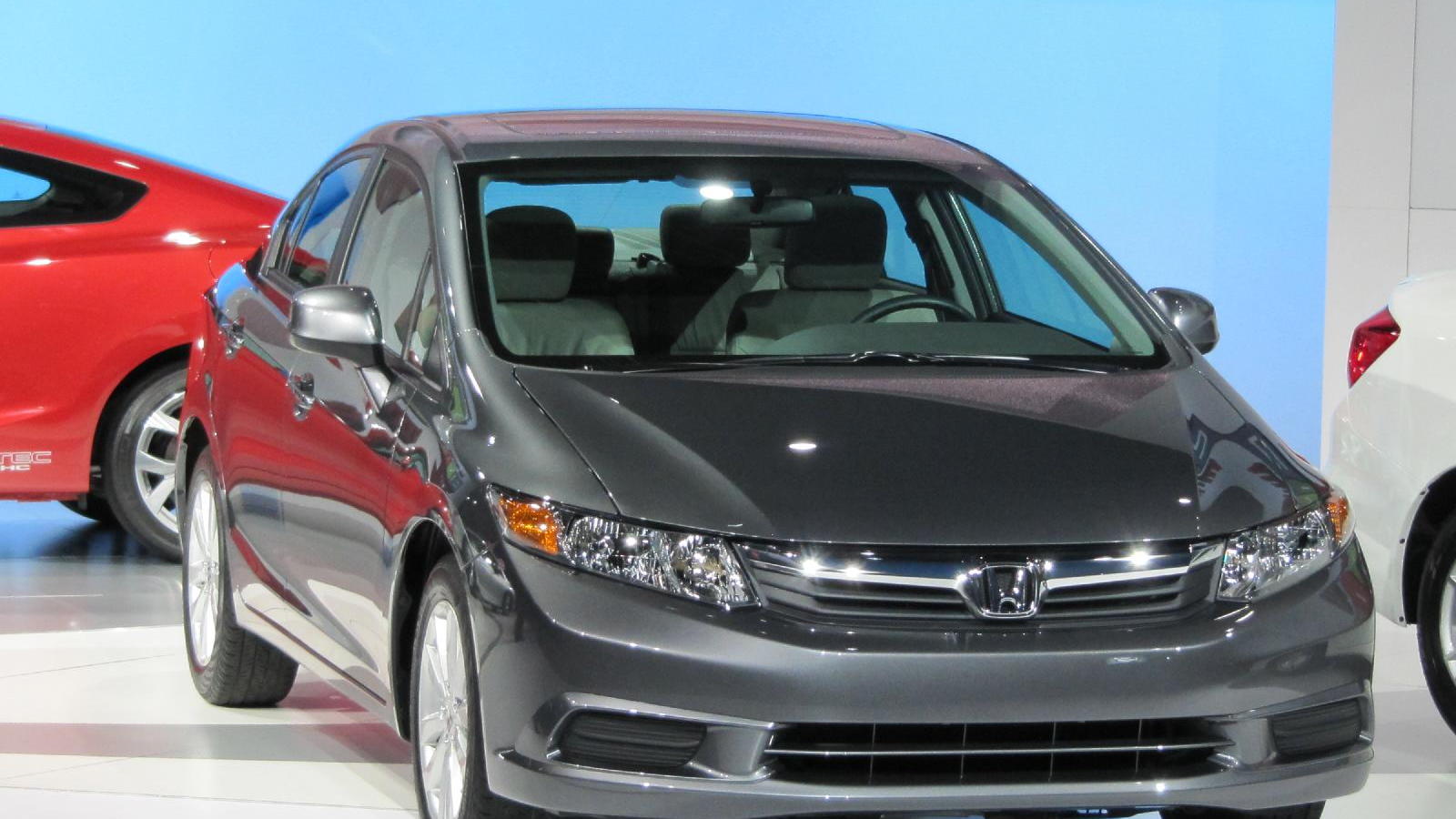 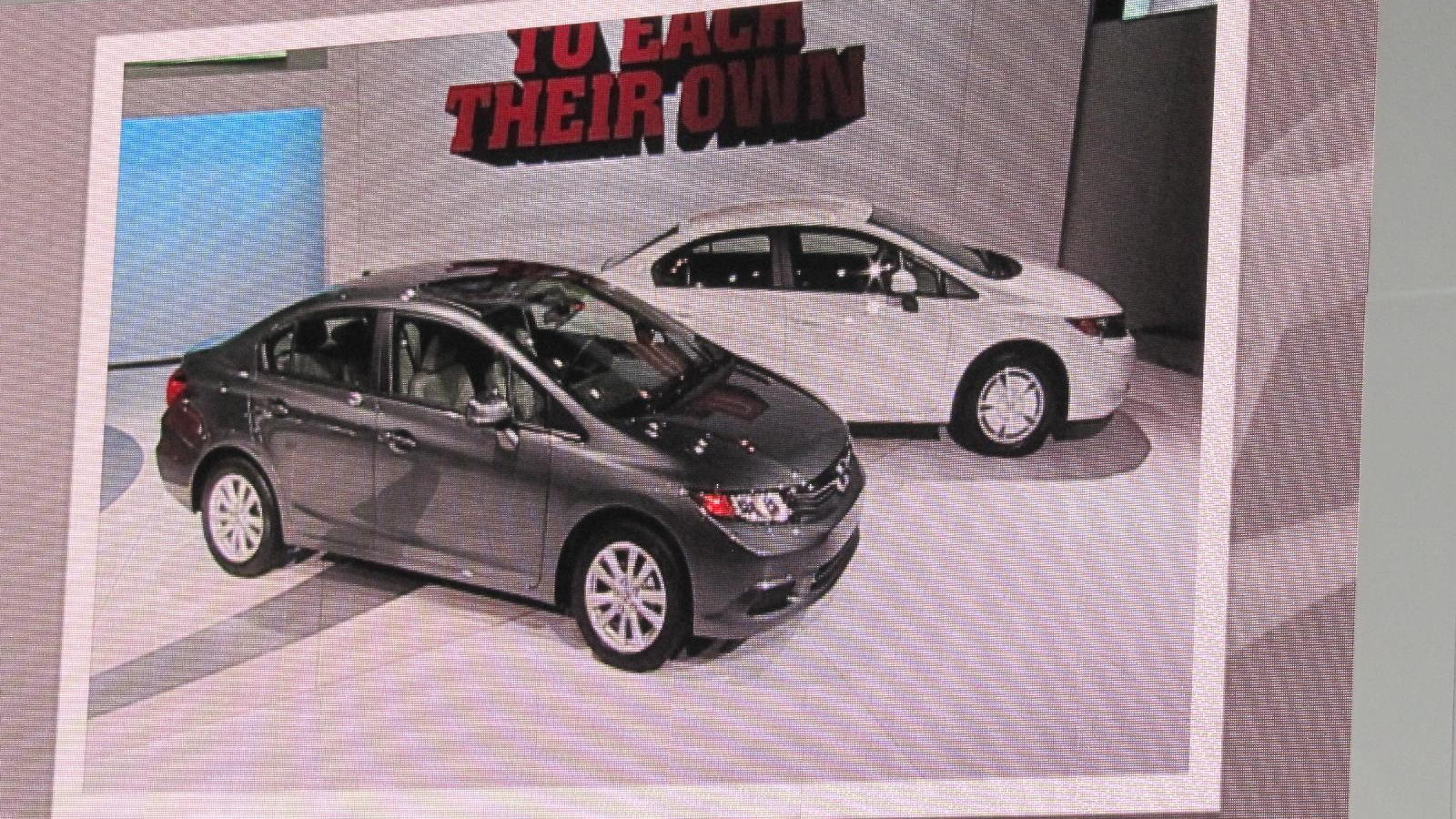 Fresh from its 'preview' in concept form at the 2011 Detroit Auto Show, the 2012 Honda Civic has finally been revealed, making its debut today at the 2011 New York Auto Show. It also offers the all-important 40 mpg in two trims--HF and Hybrid.

In fact, the entire 2012 Civic lineup is more efficient, but it's the HF and Hybrid that headline. The 140 horsepower HF scores an EPA estimate of 41 mpg highway with a 1.8-liter i-VTEC four-cylinder engine and five-speed automatic transmission, while the 110 horsepower Civic Hybrid earns the same fuel economy rating using Honda's IMA system with a lithium-ion battery pack and a 1.5-liter i-VTEC engine with a CVT transmission.

Other models in the 2012 Civic lineup include the standard Sedan, Coupe, GX (natural gas), and Si. The Sedan and Coupe score 39 mpg on the highway, while the GX gains seven percent in efficiency compared to the regular gasoline powered models, says Honda.

Pricing for the range starts at $15,605 for the value-oriented Civic DX Coupe and goes all the way up to $26,750 for the luxuriously equipped Civic Hybrid with leather trim satellite navigation and XM Radio.

Enjoy the live shots and then hit this link for The Car Connection’s first drive report on the car.

And, for our full coverage of the 2011 New York Auto Show, head to our dedicated hub.