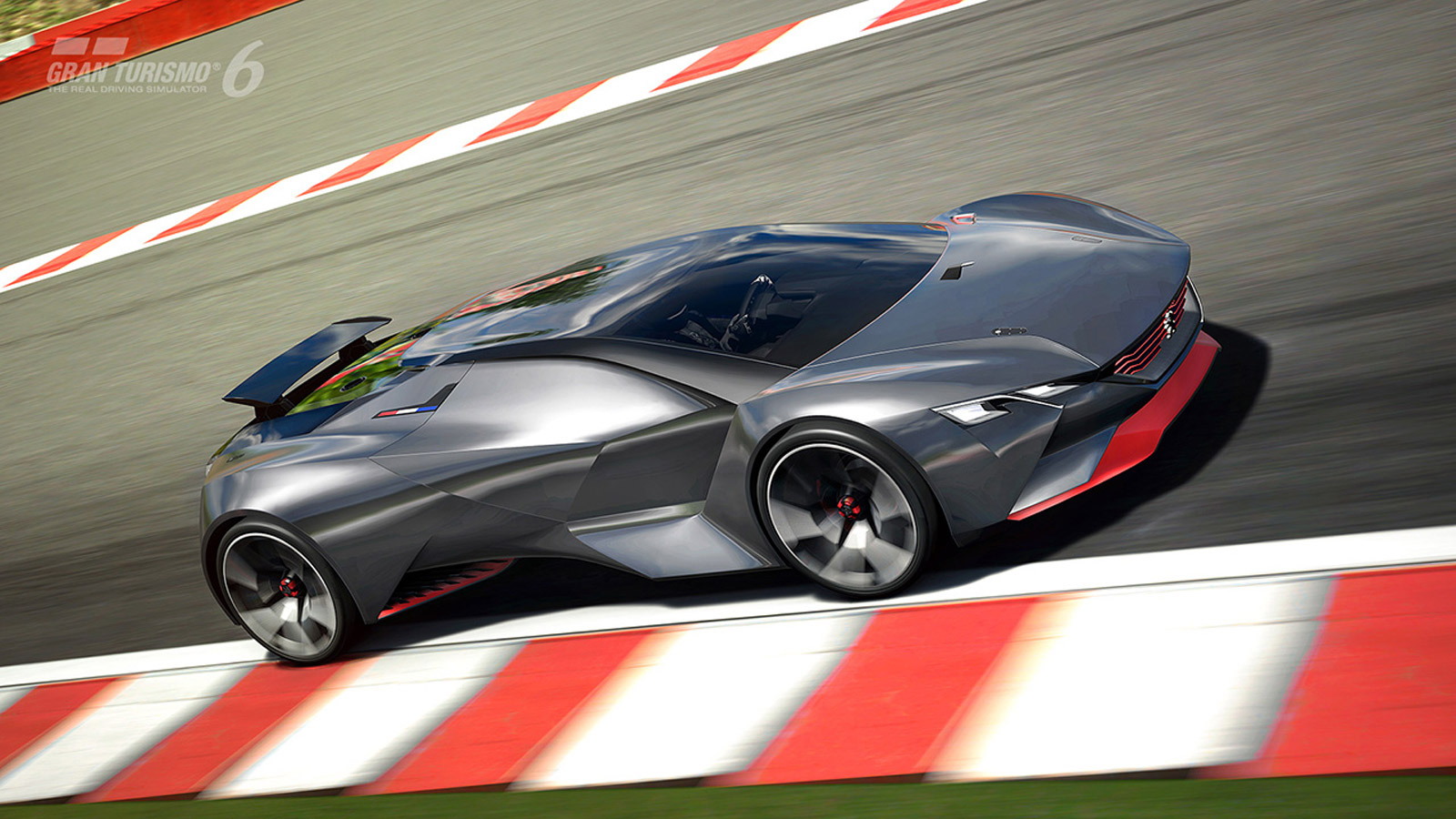 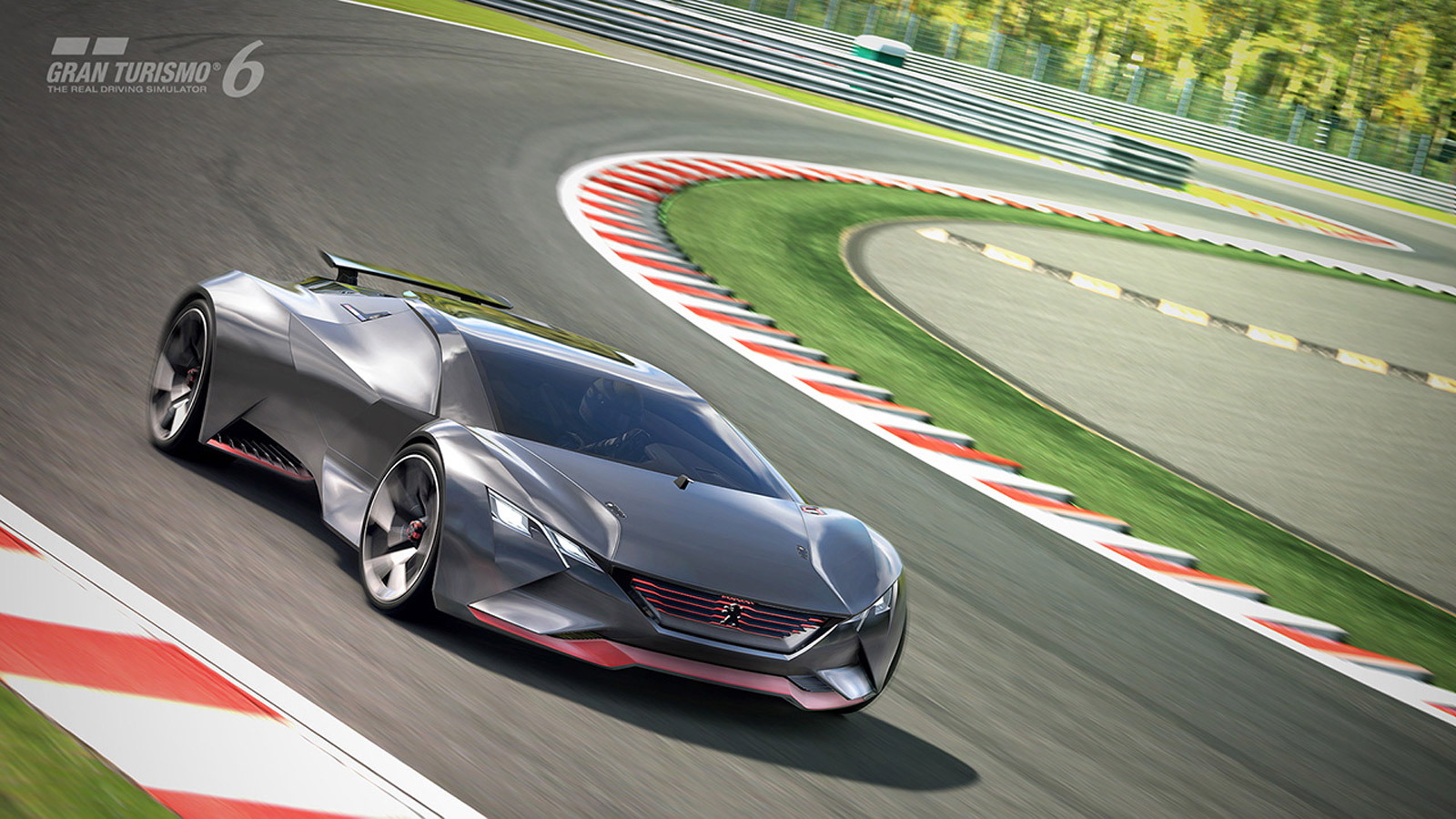 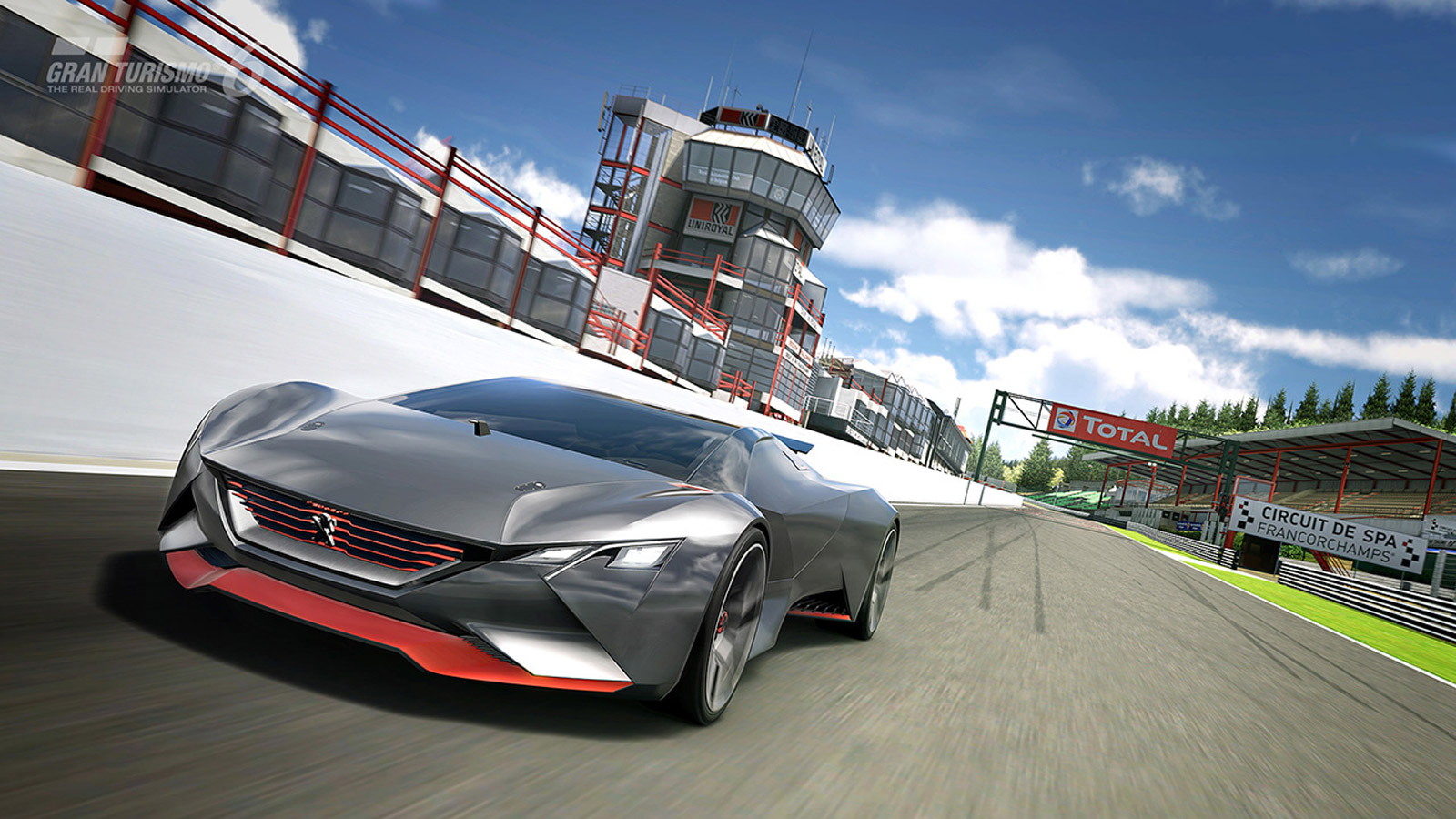 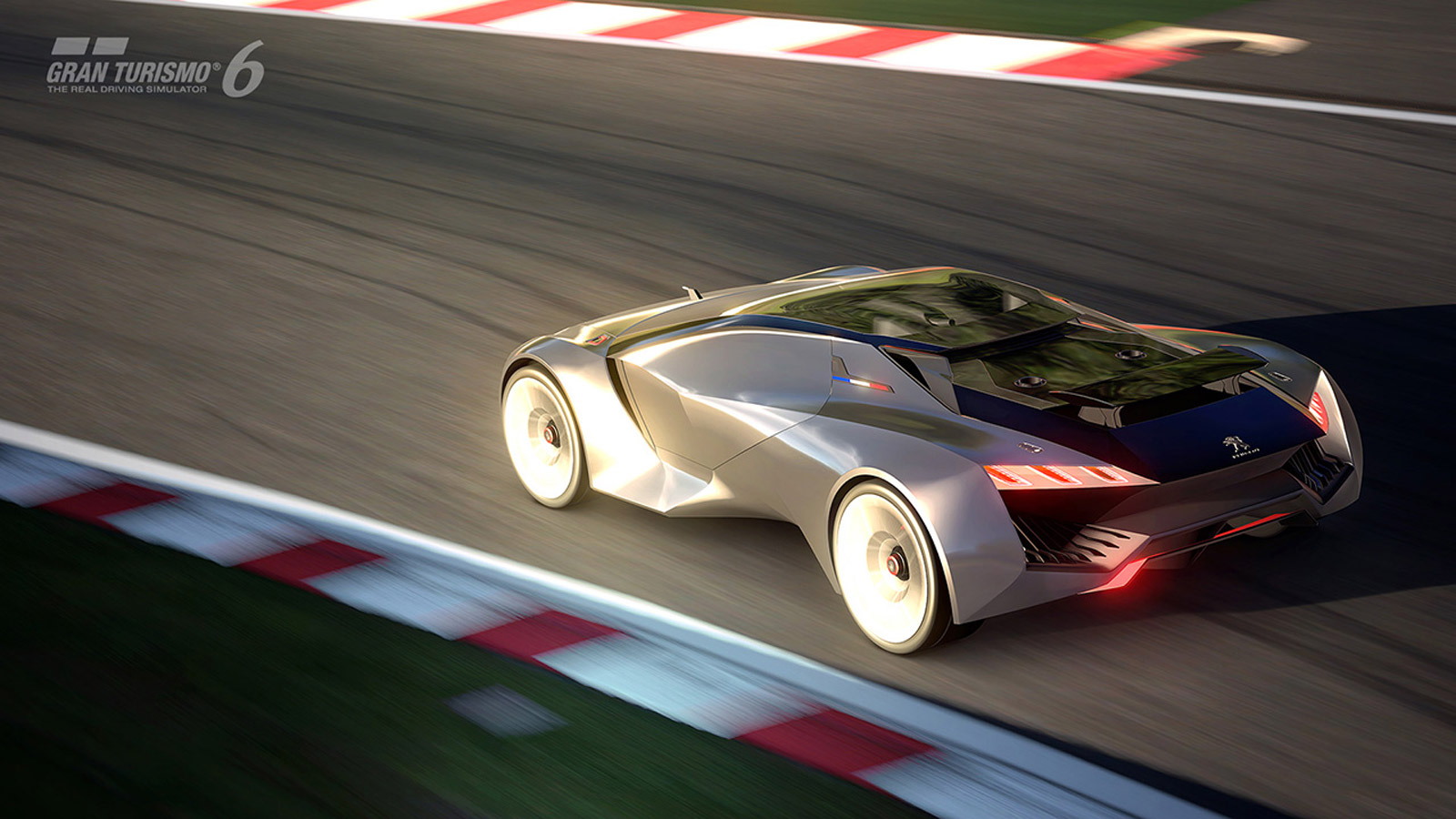 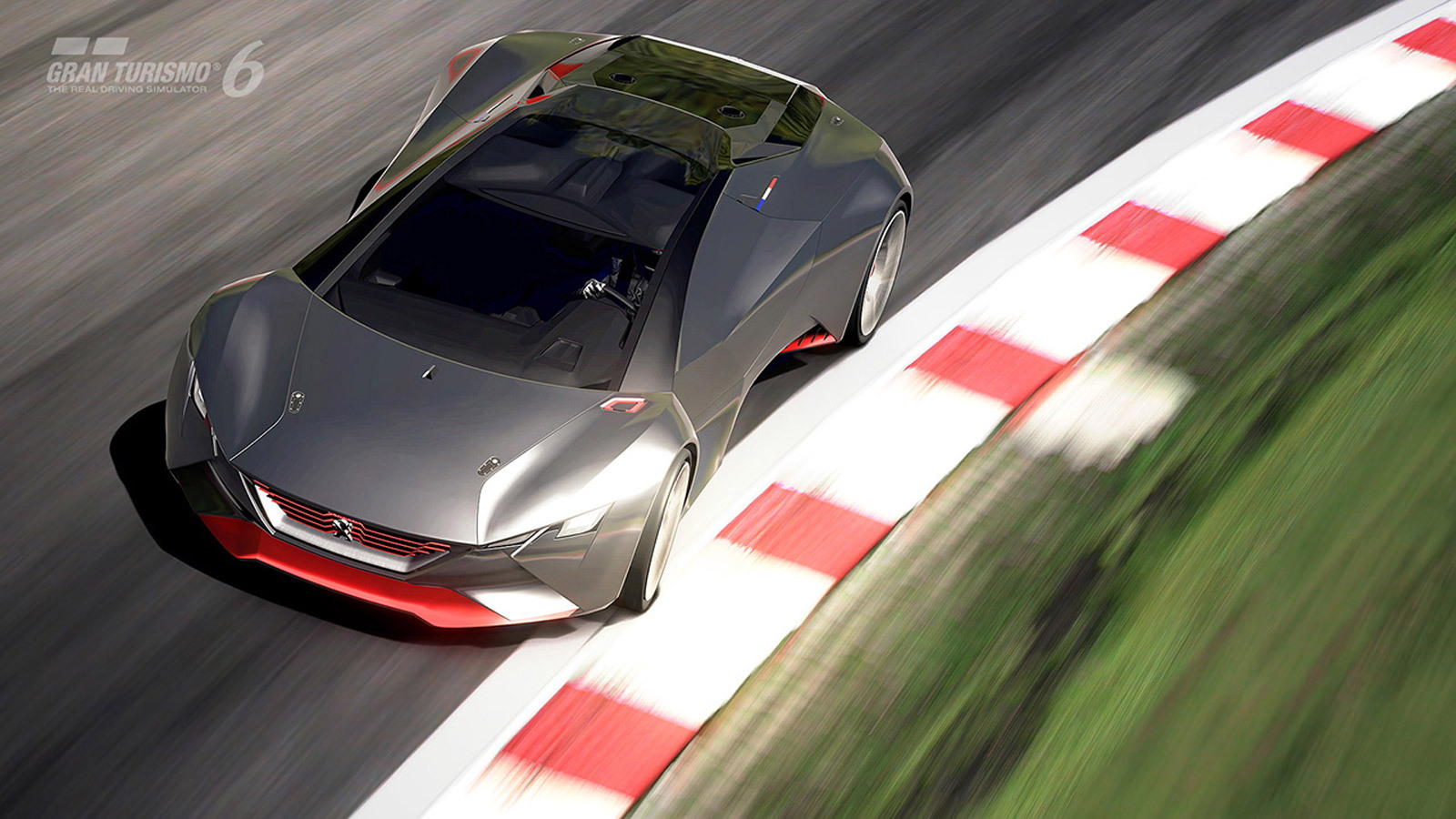 The barrage of wild concepts designed for Gran Turismo 6 has been relentless, with the latest automaker to present its wares being French marque Peugeot which has designed a supercar that’s not only powerful but also extremely light. That’s a winning combination in our book, so we’re betting that the new concept will be a ton of fun behind the wheel. Anyone with a PlayStation 3 and a copy of GT6 will be able to drive the car soon as it’s planned for distribution in a free update coming to the popular video game.

In designing its concept, Peugeot says it took elements from its record-smashing 208 T16 Pikes Peak racer as well as its previous Le Mans prototypes. We can also see some similarities between the latest concept and the French automaker’s previous Onyx supercar concept. Peugeot says the body is designed to direct air and thus help reduce drag. It also creates downforce where necessary to help keep the car glued to the road.

Power comes from a mid-mounted V-6, which thanks to turbocharging produces upwards of 875 horsepower. This is the same engine featured in the aforementioned 208 T16 Pikes Peak, and in the new Peugeot concept it’s mated to a six-speed manual transmission and all-wheel-drive system.

Combined with a curb weight of just 875 kilograms (1,929 pounds), the engine will accelerate the striking concept from 0-62 mph in just 1.73 seconds and keep it going until it maxes out somewhere above 200 mph. Stopping power is equally impressive, with four ventilated carbon discs from Brembo used to bring the car to a standstill.

You can view all the previous Vision Gran Turismo concepts at this link.