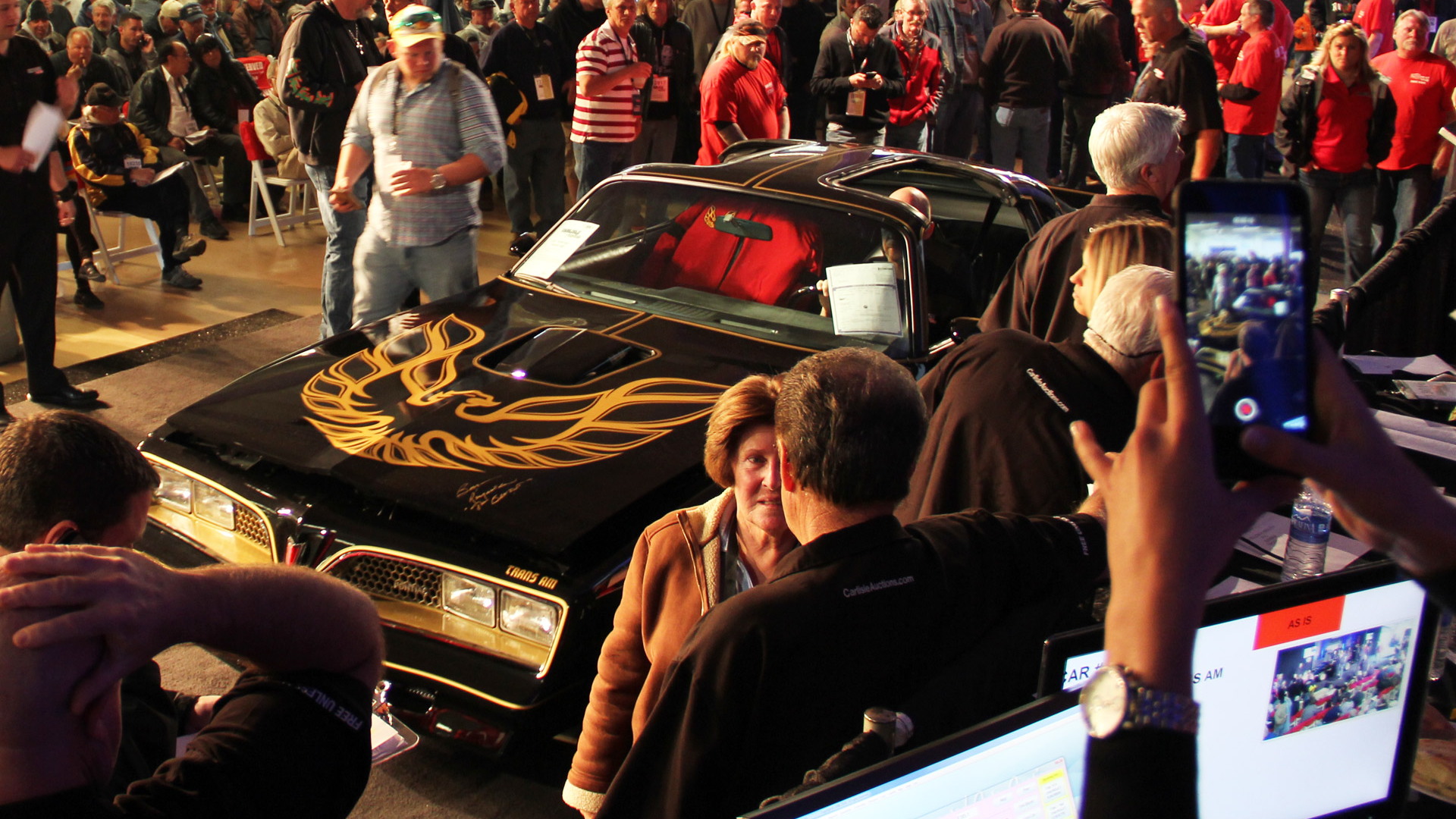 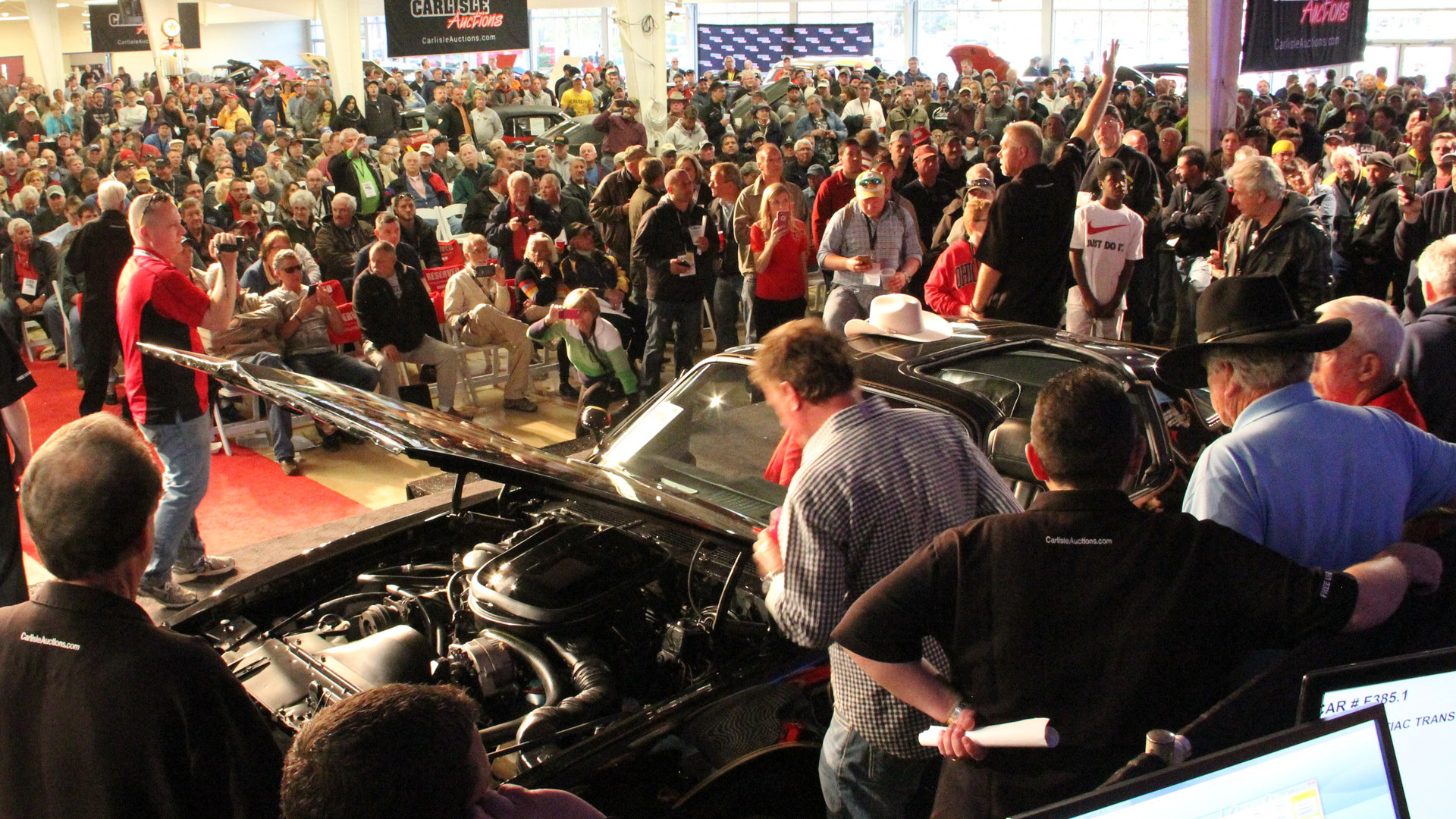 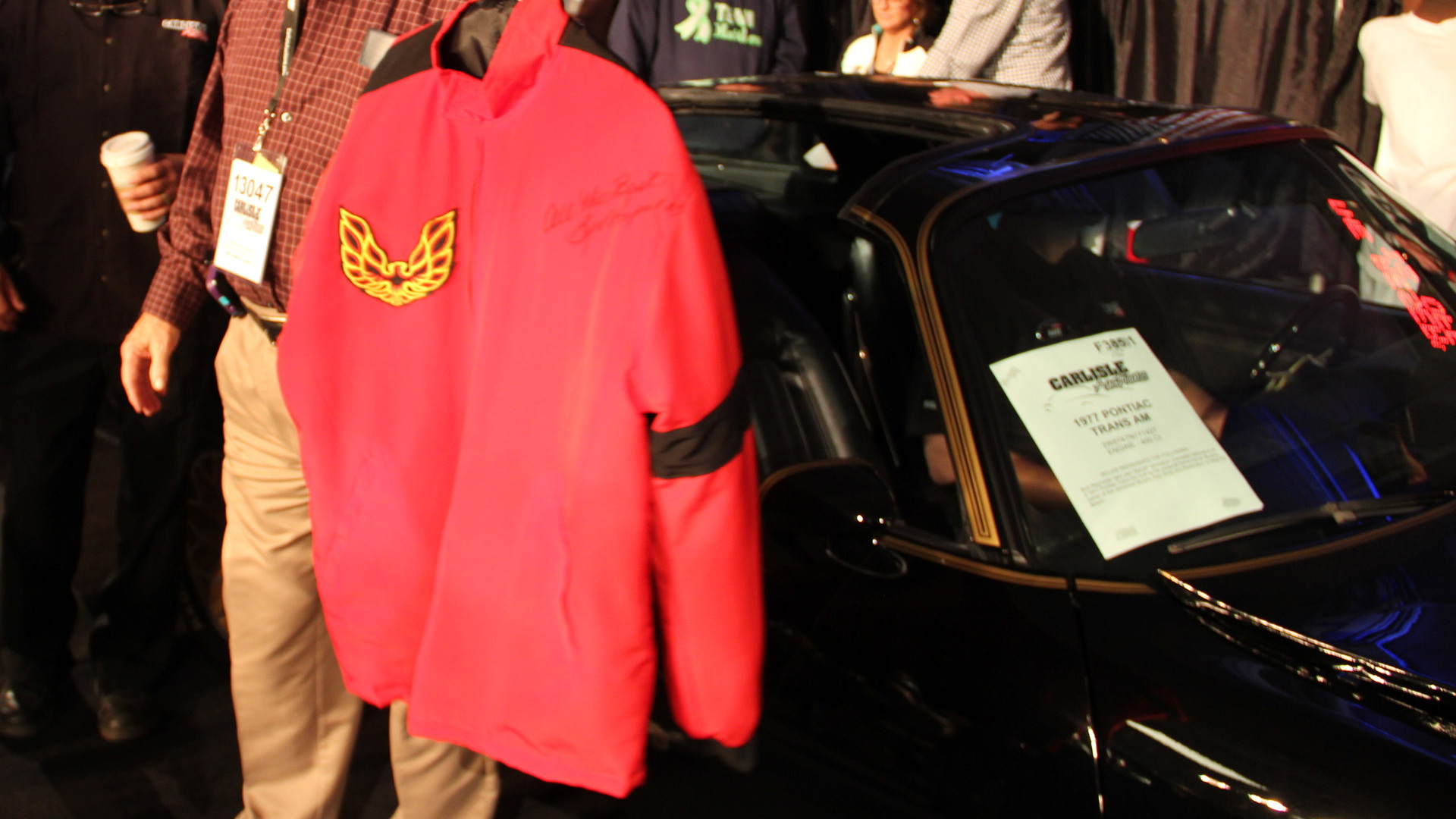 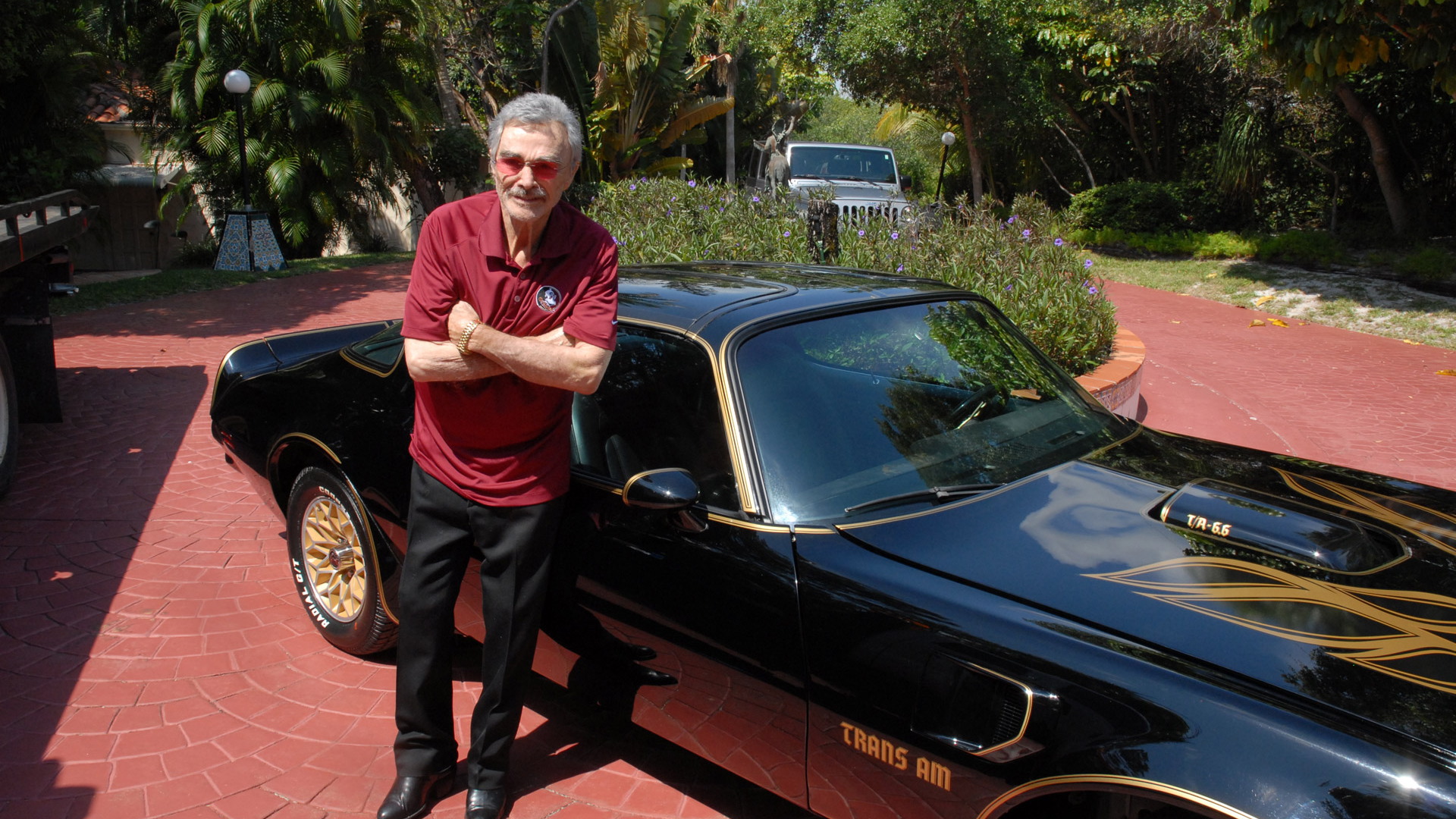 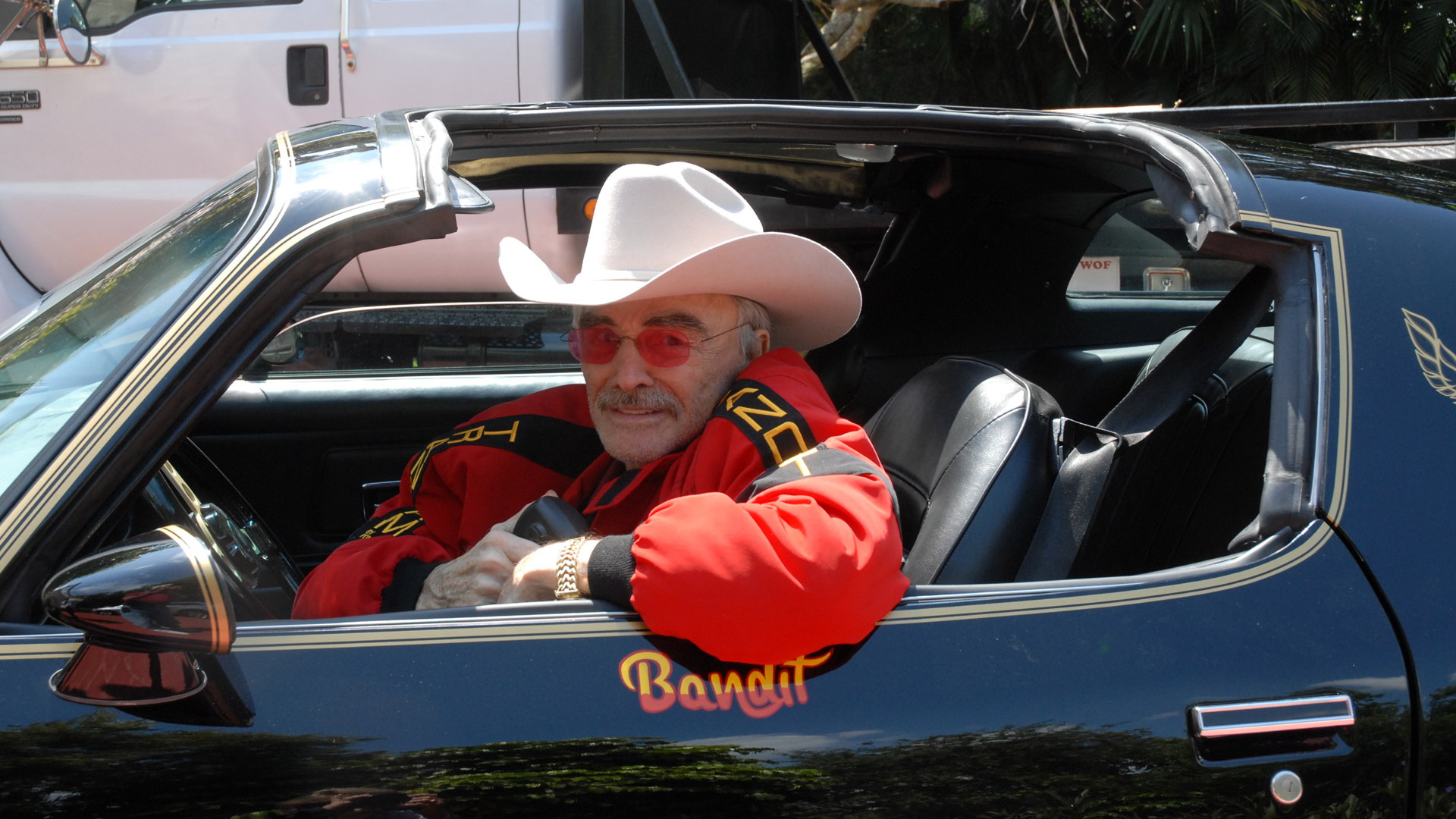 A 1977 Pontiac Trans Am styled like the one in the hit movie Smokey and the Bandit and previously owned by the Bandit himself, Burt Reynolds, has sold at auction for an impressive $170,000 (coming up to $181,900 once you add fees). The car went under the hammer Friday night at the Carlisle Auctions event that took place in Carlisle, Pennsylvania this past week.

But didn’t Reynolds just sell a Bandit Trans Am a few months ago? He did, and received a cool $450,000 for it in an auction that included several memorabilia items from the actor. Though $170k is nothing to sneeze at, the lower value was expected as the second Bandit Trans Am was only a ‘tribute car’ purchased by Reynolds just one year ago. The first one was actually built for the movie, though it never appeared on screen as it was purely a promo car.

Why Reynolds bought this second Trans Am isn’t clear but he did fully restore the car, bringing it to Bandit condition together with Trans Am restoration expert Harold Murphy of Murphy Auto Body and Restoration in West Palm Beach, Florida. It’s identical to the car driven in the movie; it’s a correct Special Edition Y82 model with a Hurst T-Top, black deluxe interior and a 6.6-liter engine under the hood.

In addition to being a fine piece of restoration work and a true tribute to one of the most popular movie cars, the Trans Am was also autographed twice by Reynolds. His signature adorns the hood and can be found again on the dashboard. Further, the winning bidder also received the Florida DMV title that proves Reynolds was the previous owner, along with an autographed hat and jacket.

Sadly for potential collectors that missed out on the auction, this Bandit Trans Am was the last in Reynolds’ collection, and it’s expected to be the last of his cars going up for sale anytime soon.