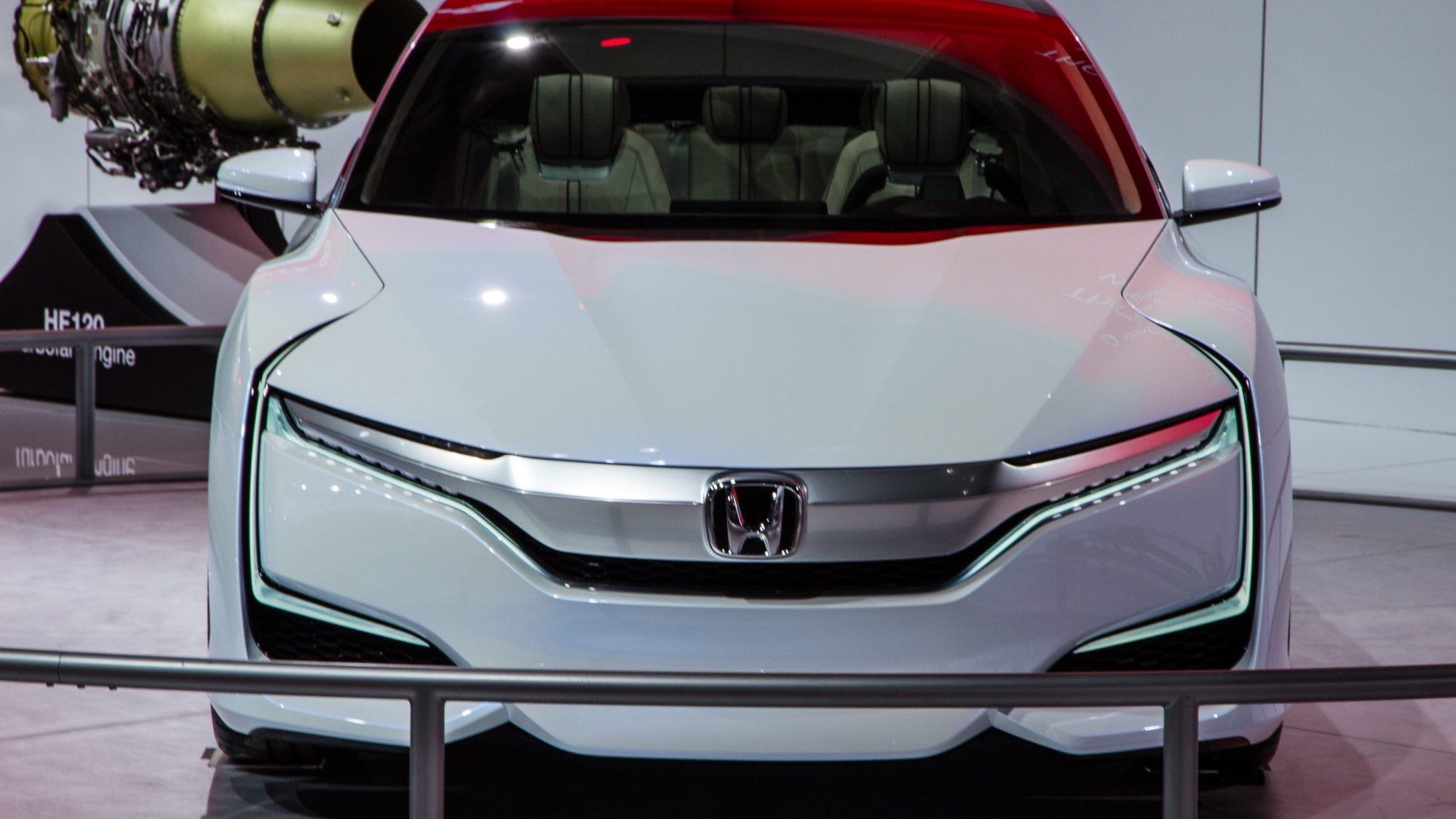 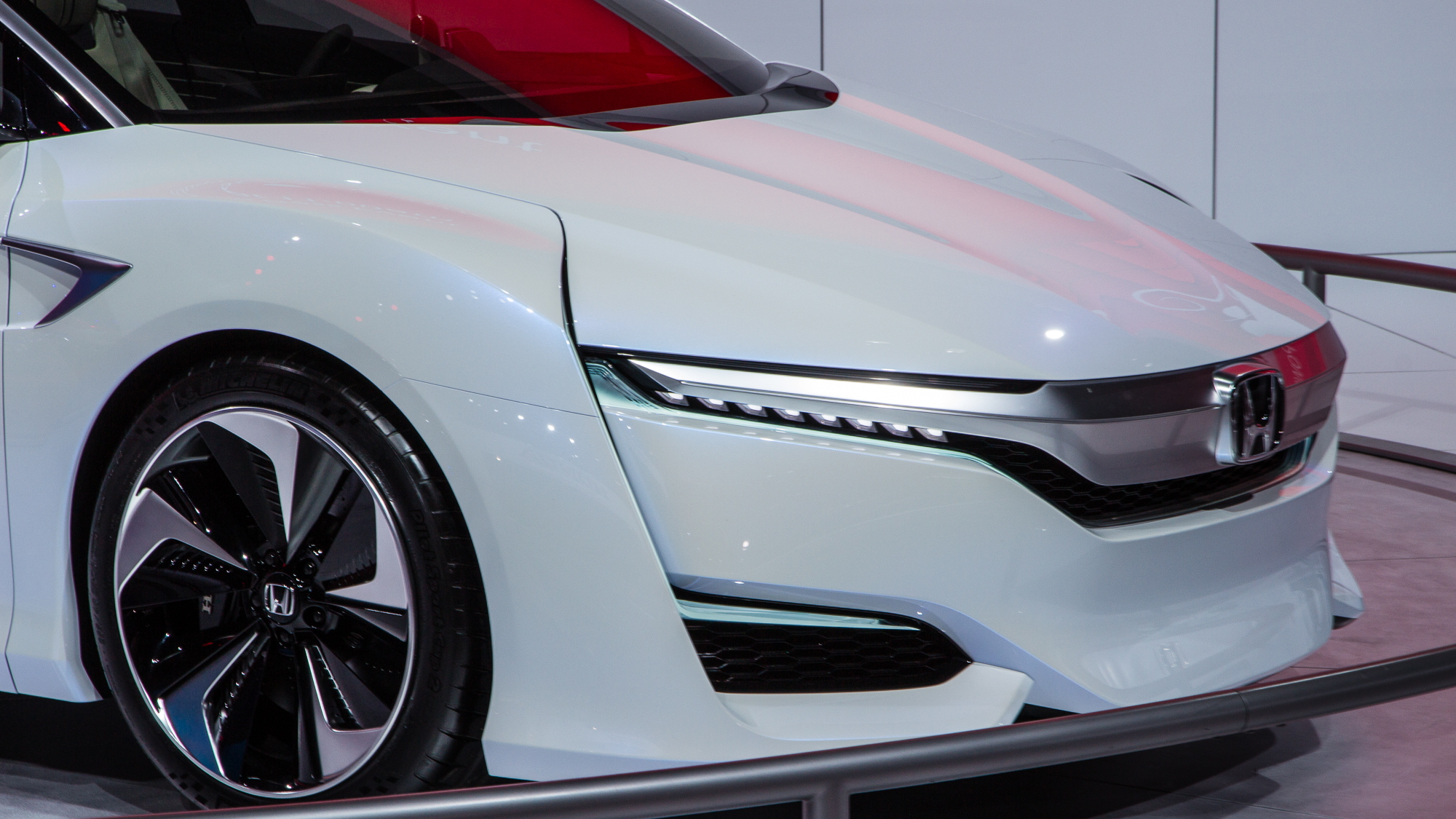 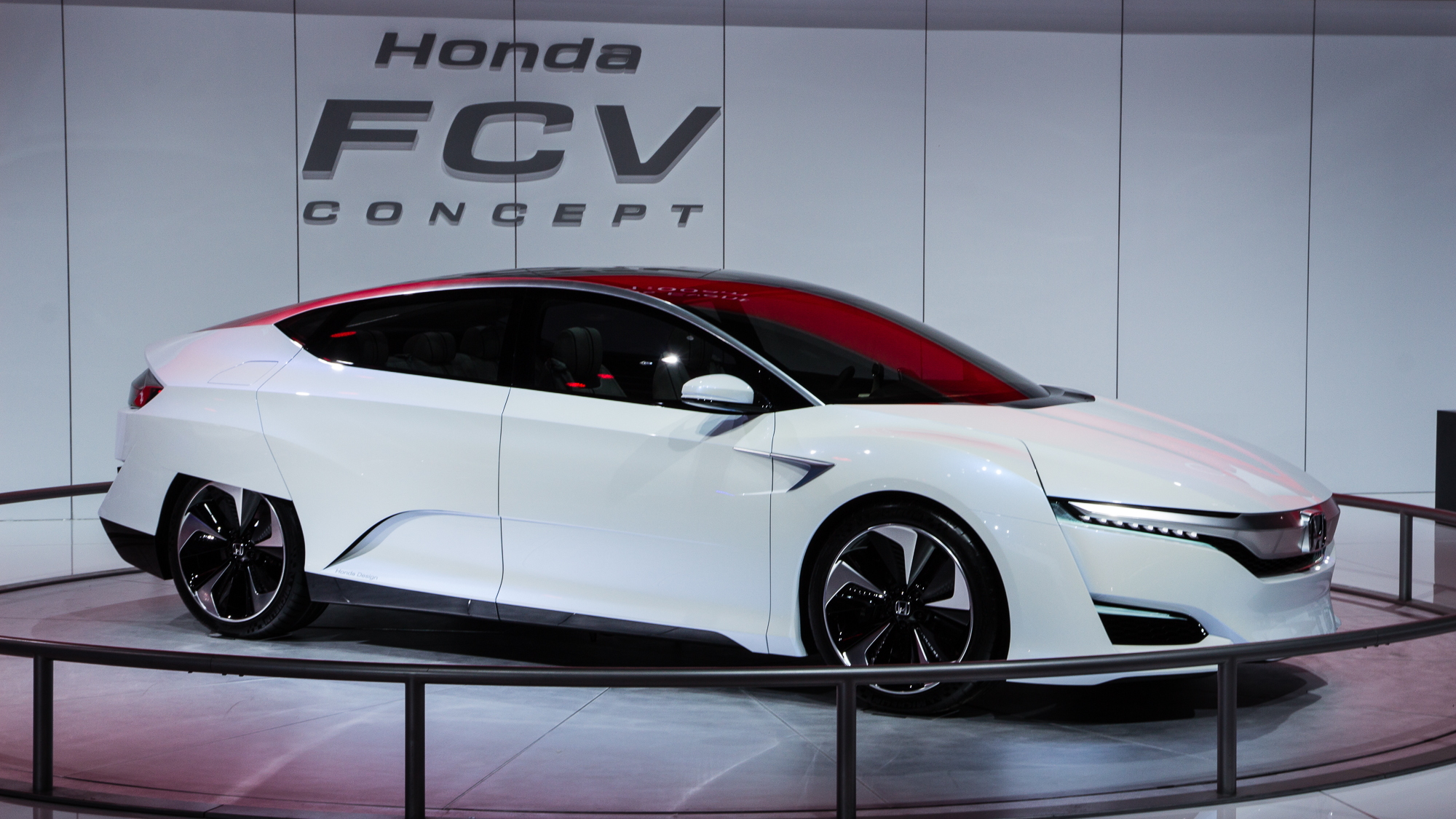 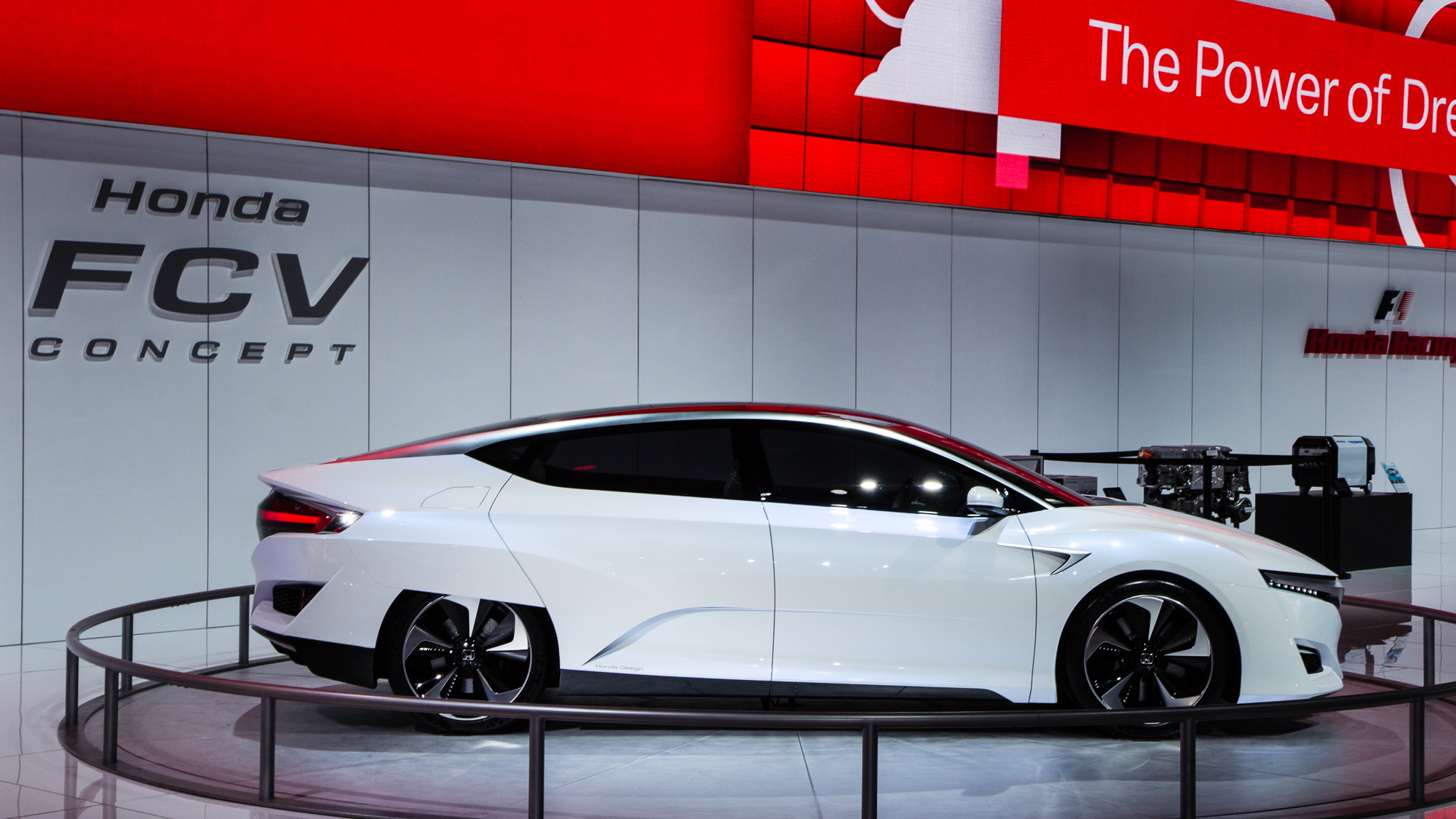 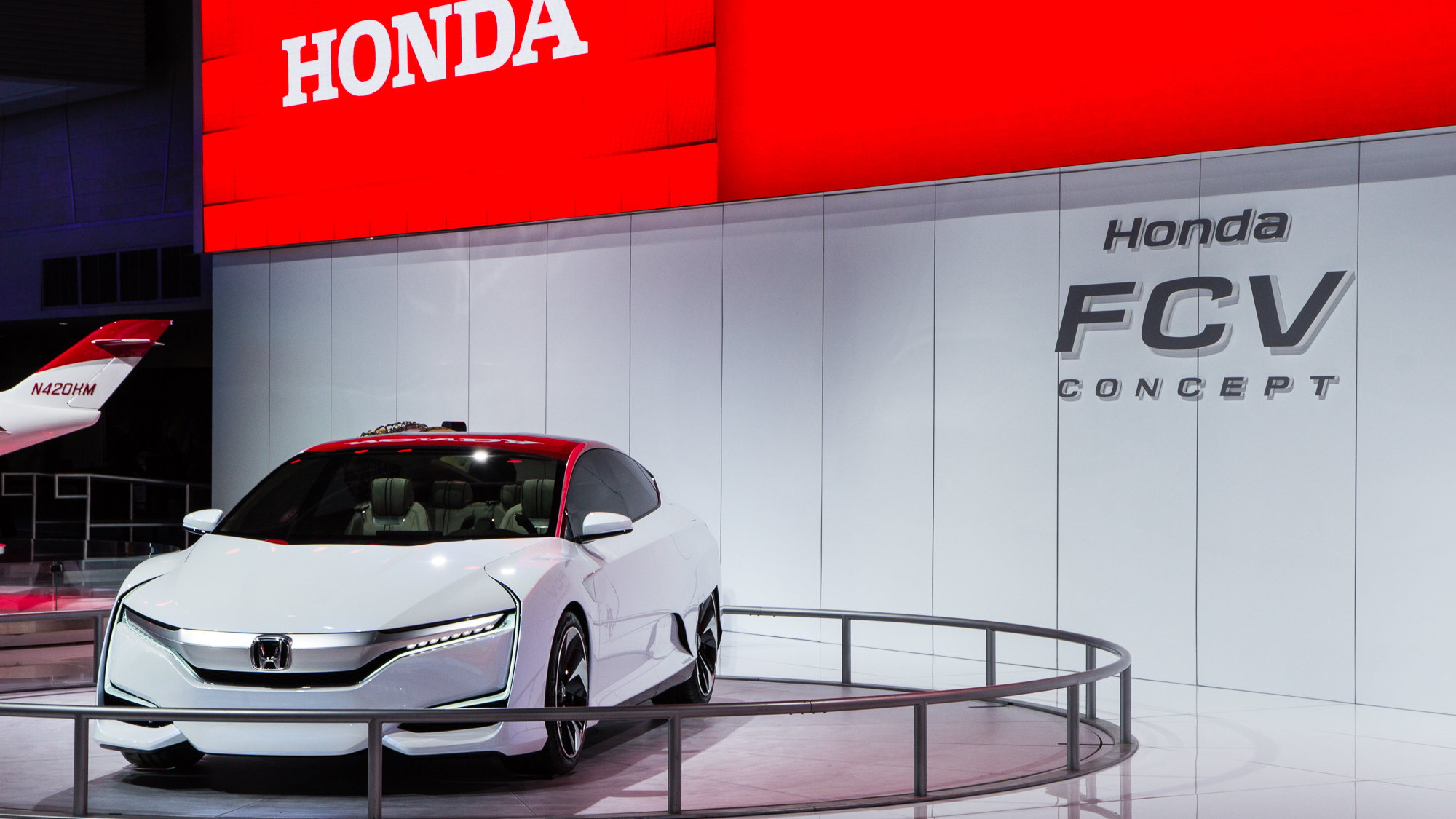 While the 2016 Toyota Mirai grabbed headlines at last fall's Los Angeles Auto Show, Honda's new FCV concept was unveiled around the same time with slightly less fanfare. With more of the spotlight to itself, the FCV made its North American debut at the 2015 Detroit Auto Show this week.

The sleek concept previews Honda's upcoming production hydrogen fuel cell car, which will arrive in the U.S. shortly after a March 2016 launch in Japan. It borrows much of its design from the FCEV concept of 2013 but with more practical touches that bring it closer to the real world.

Honda is only using the FCV moniker for now, just as Toyota did prior to announcing the Mirai name for its fuel cell car. We'll have to wait and see if Honda has a non-generic name in mind for its car as well.

As previously reported, the FCV has a 134-horsepower fuel cell stack that Honda claims has 60 percent greater power density than the one in the previous FCX Clarity, despite being about a third smaller. The stack also fits completely under the hood; that not only frees up interior space—part of the reason why Honda says the FCV has more than the FCX Clarity—but also makes it easier to adapt the fuel cell package to a variety of vehicle designs.

Range is estimated at more than 300 miles, and refueling should take 3-5 minutes at a station that dispenses hydrogen at 10,000 psi. Of course, actually finding one of those stations could be a problem. There are only a handful of hydrogen fueling stations in the U.S., and nearly all of them are in California.

That's why both the Mirai and Hyundai Tucson Fuel Cell will be sold exclusively in the Golden State for now. It seems likely that Honda will do the same. The automaker already plans to give another firm, FirstElement Fuel, $13.8 million in funding to build hydrogen fueling stations in the state.